I’d thought for a little while there might be a bit much engine movement so I looked into ways of reducing the movement. I saw those top mounted engine torque dampers which are a nice shiny thing to stick in the engine bay but it seems most of them are only that as they’re not a damper at all and just have rubber bushes inside. Didn’t seem worth the money they are for some rubber bushes and a bit of shiny ali. I thought it would be a better plan to actually address the problem at it’s cause, that being the bushes themselves. So I found those torx roll stopper things but they sound like they are a bit over the top for a road car and transfer noise into the cabin so I thought I’d just try fitting a poly bush in the front lower mount to start with. So it would be a bit like fitting a roll stopper but not as hard.

So out came the north south bar underneath. This was a bit of a pig with limited space underneath to get at the bolts. I need a proper lift!!! 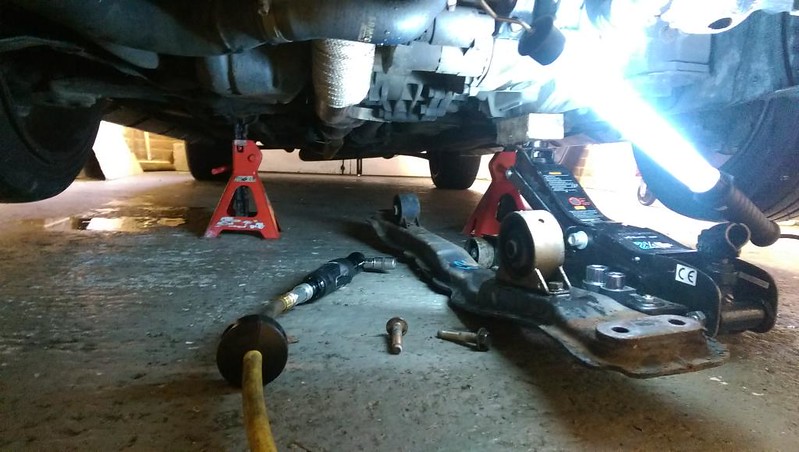 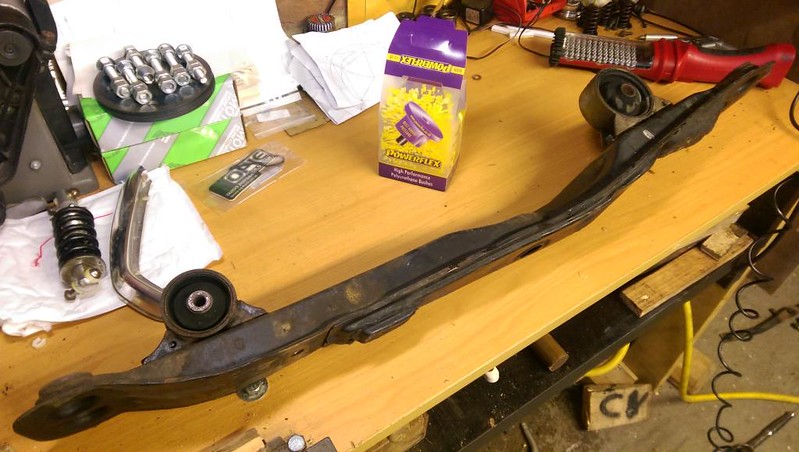 The smaller rear looks to be in pretty good condition. 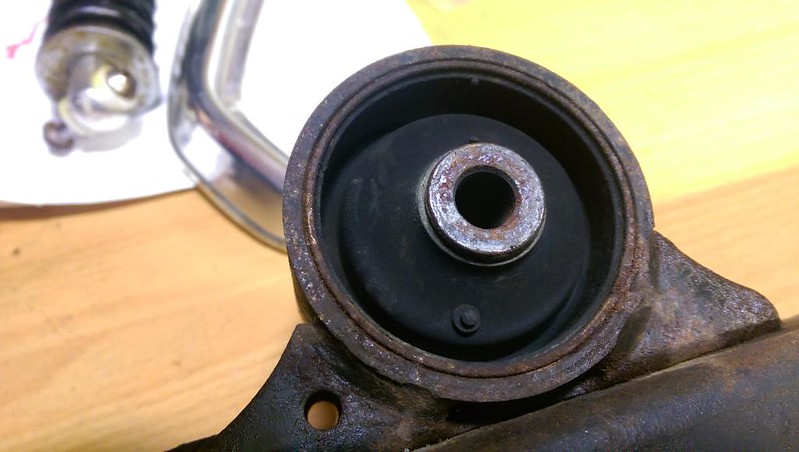 The front one didn’t look so good. 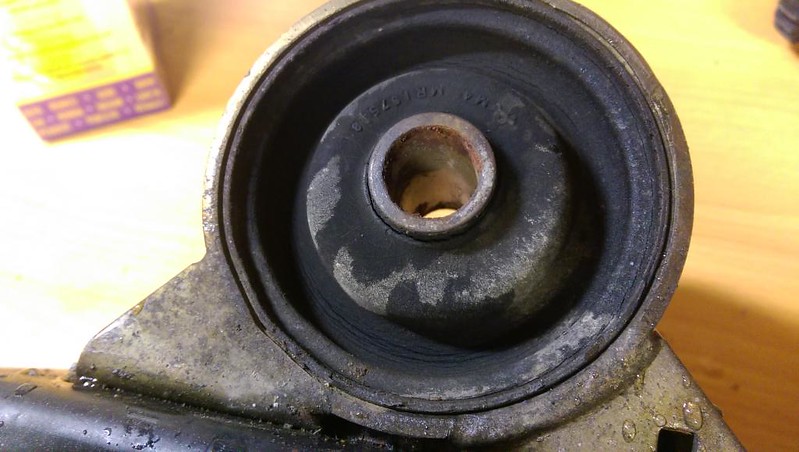 Cutting the bush out 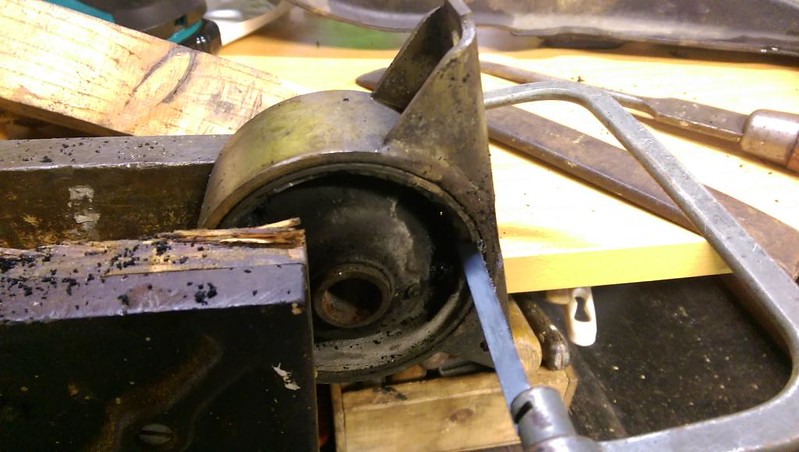 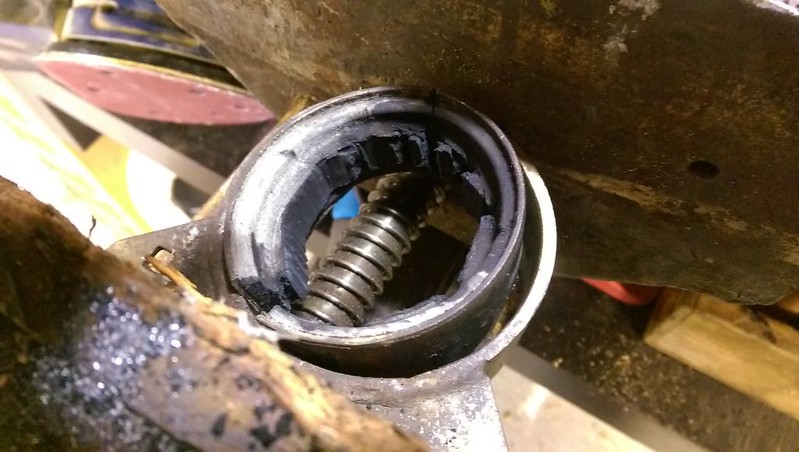 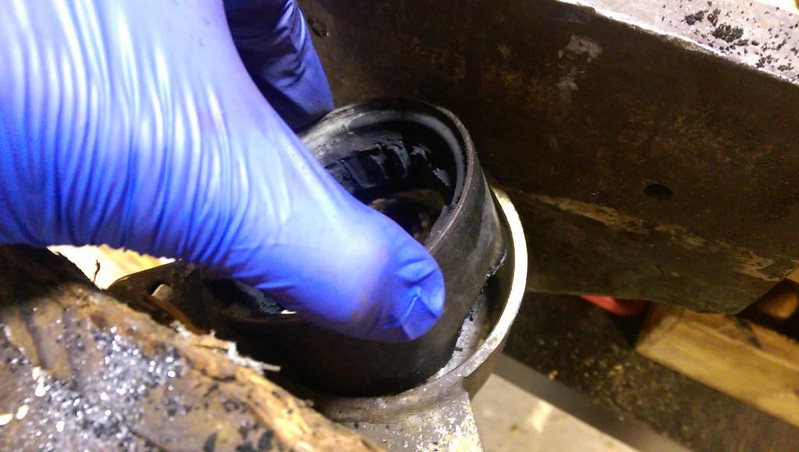 Gave the bar a tidy up as it was out 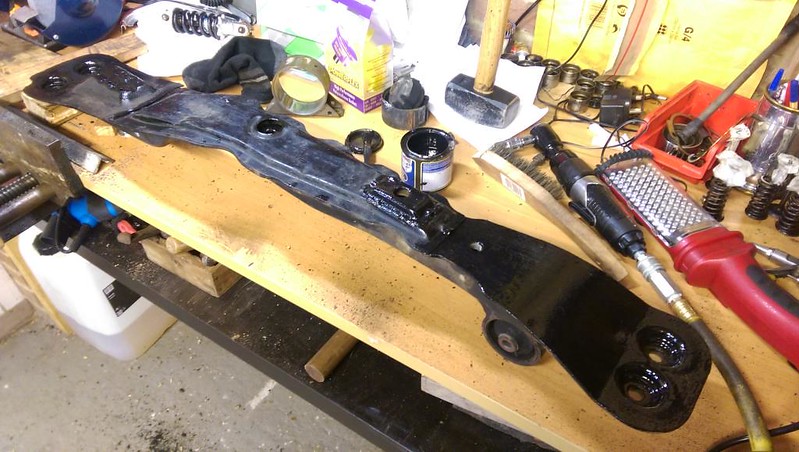 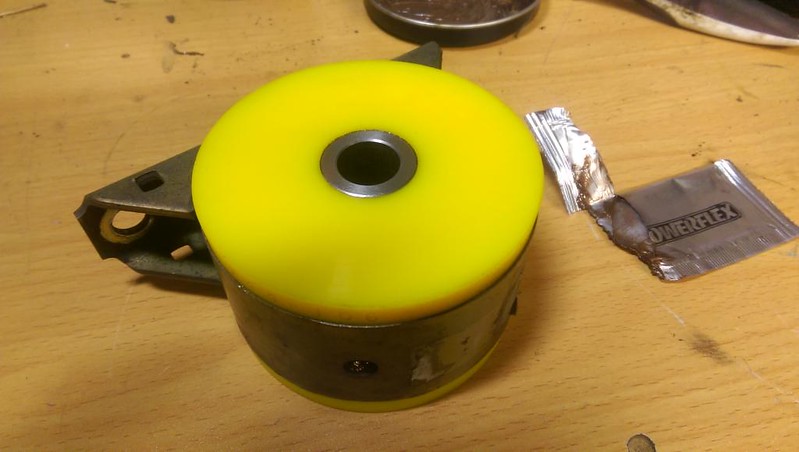 Another fight under the car to get the bar back in place and it’s all done. 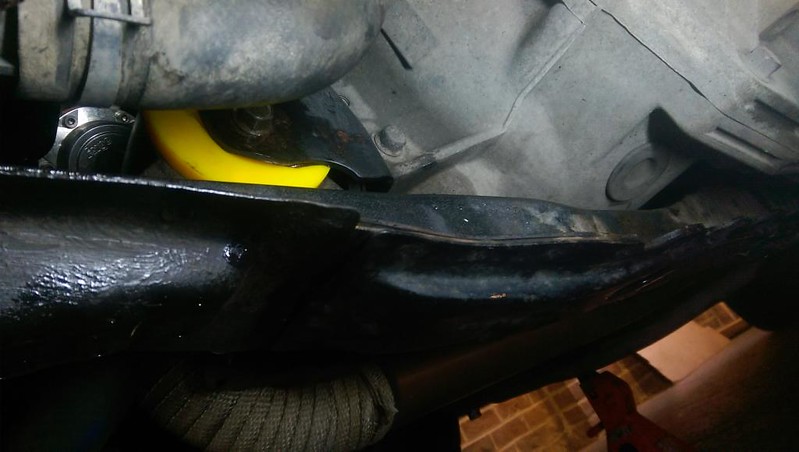 Just replacing this one bush gave a noticeable improvement in reducing movement and no noticeable increase in noise transferred to the cabin.