The first job I had to do was the brakes as they were juddering badly under any braking effort.  After a bit of research I saw that an easy upgrade was to use 1.8 caliper brackets to allow fitting of the bigger 1.8 discs and pads so, as I was going to replace all corners anyway, it seemed a good idea to spend the extra 50 quid on a set of brackets I found on eBay.

The brackets needed a bit of a tidy up with a wire brush and I gave them a coat of black paint. 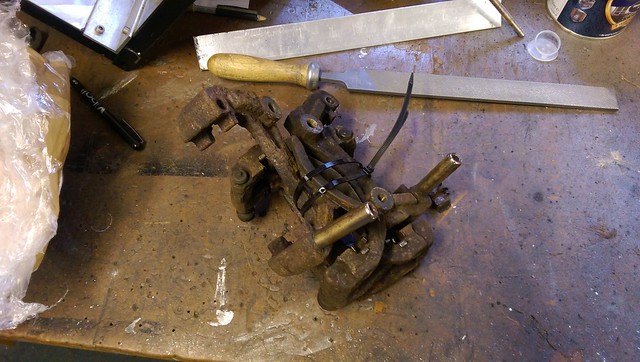 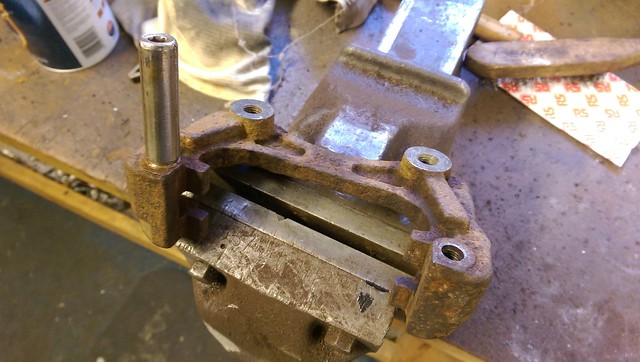 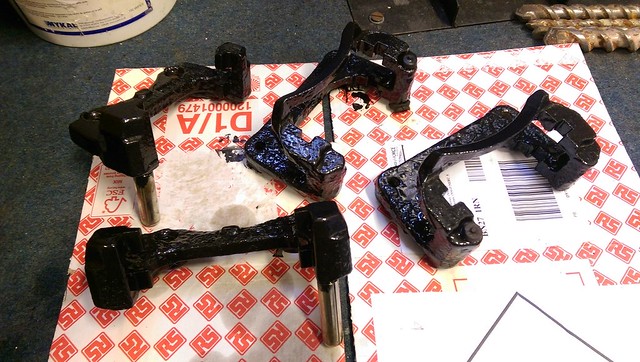 New 1.8 discs and pads. Nothing too exciting to keep costs down and we don’t intend to use it on track. 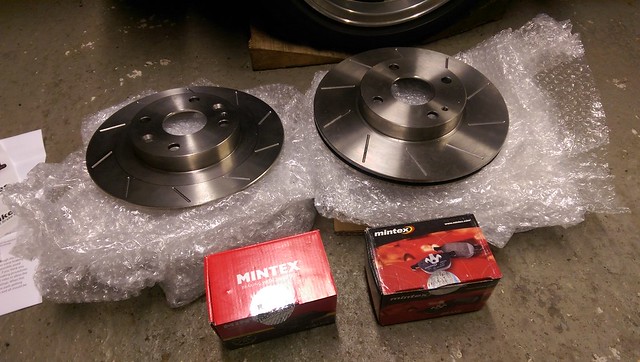 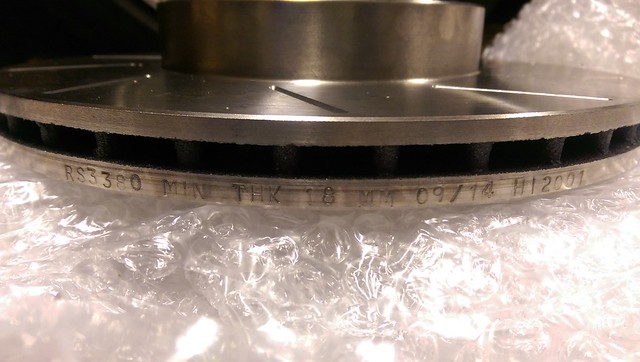 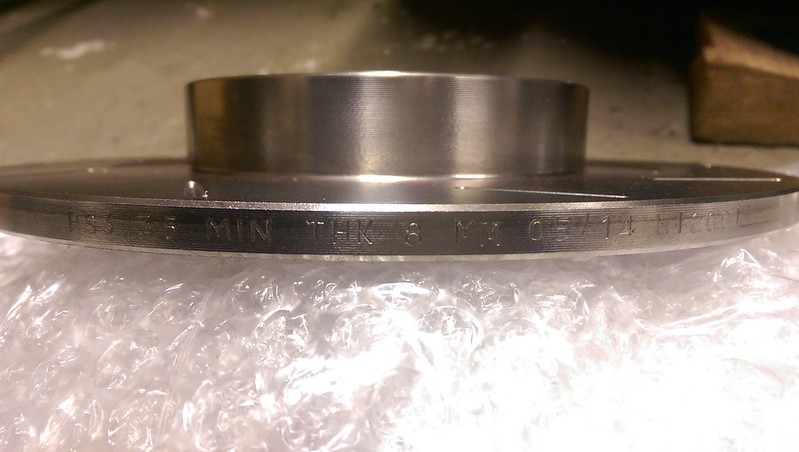 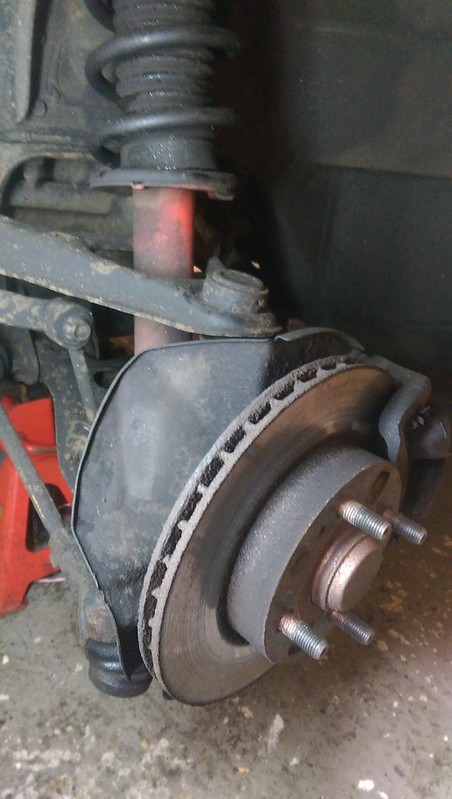 But on the inner face it didn’t look at all good! 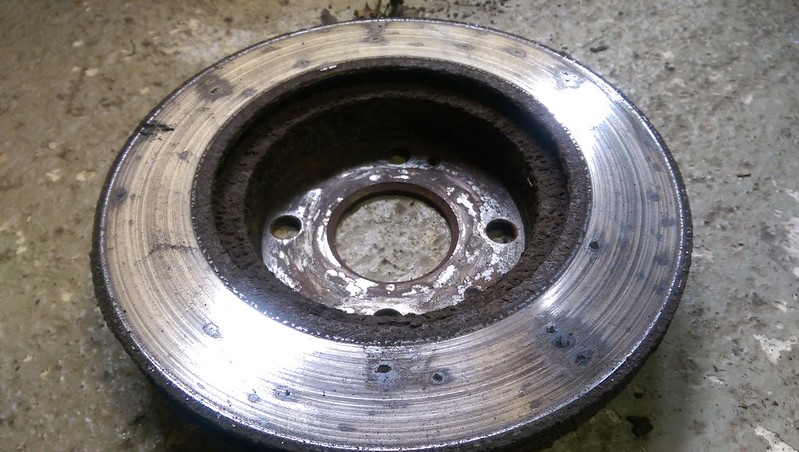 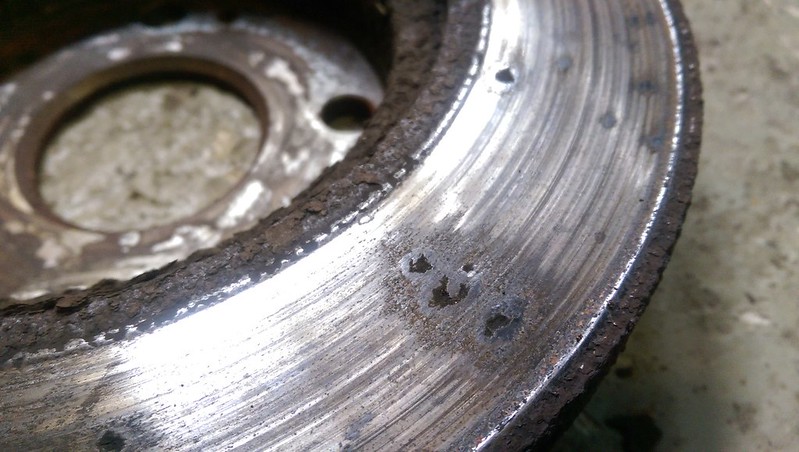 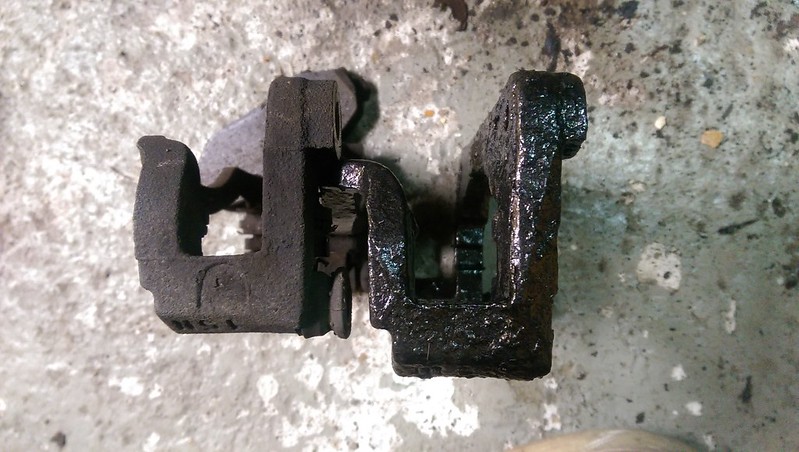 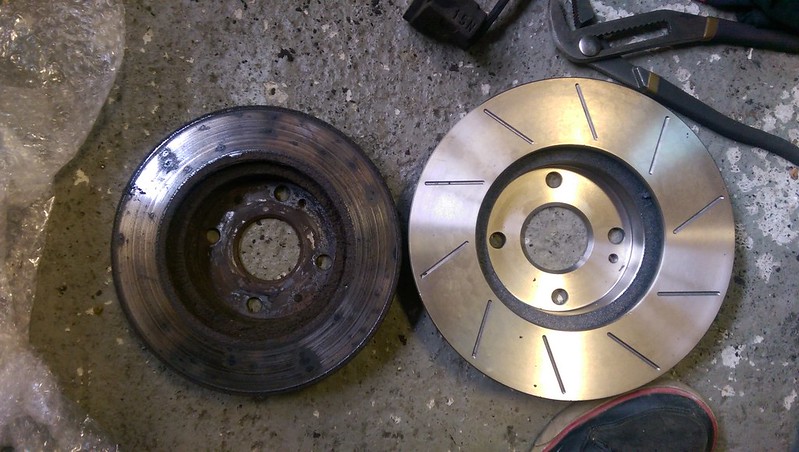 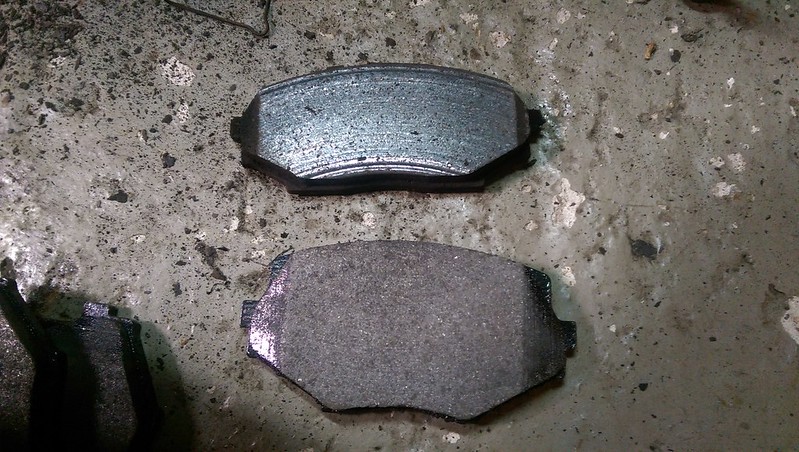 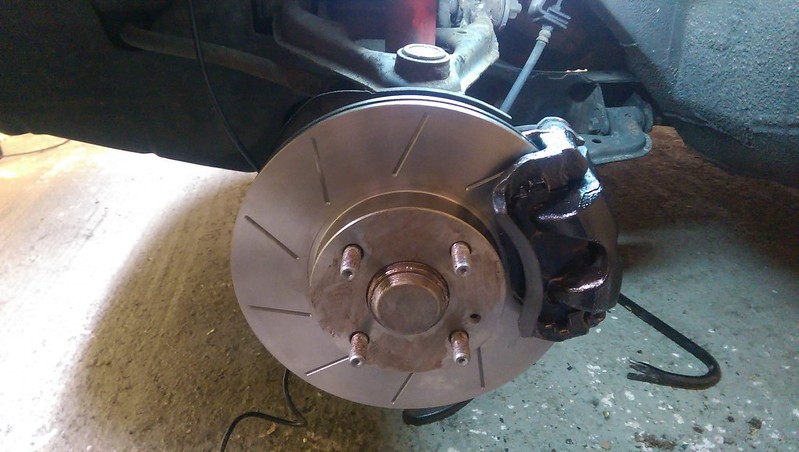 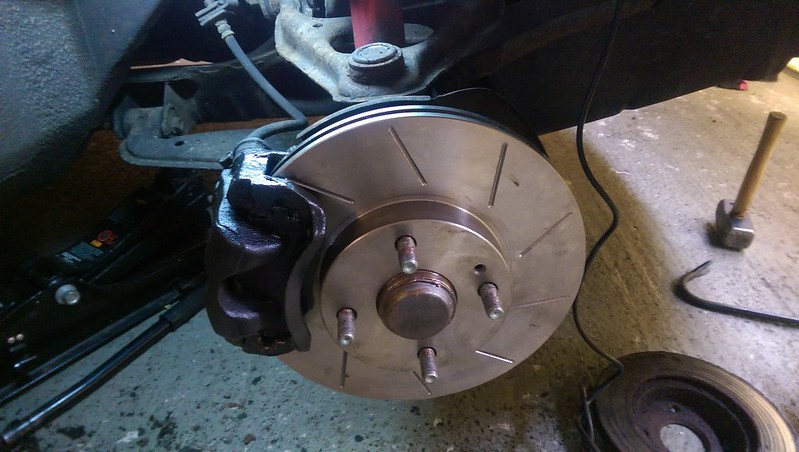 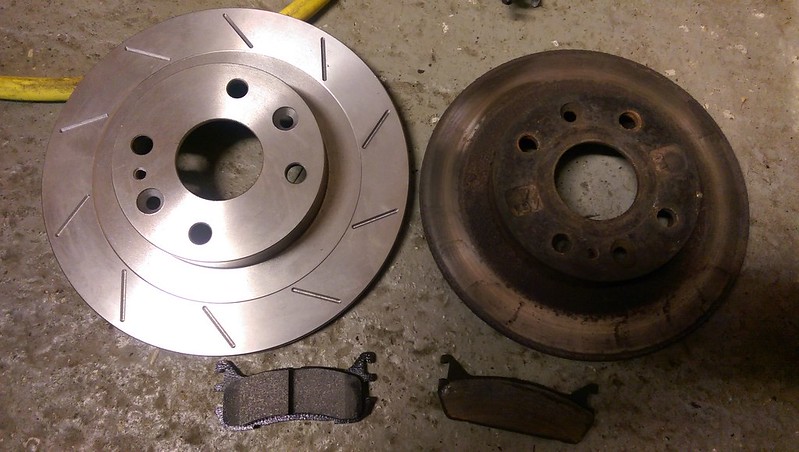 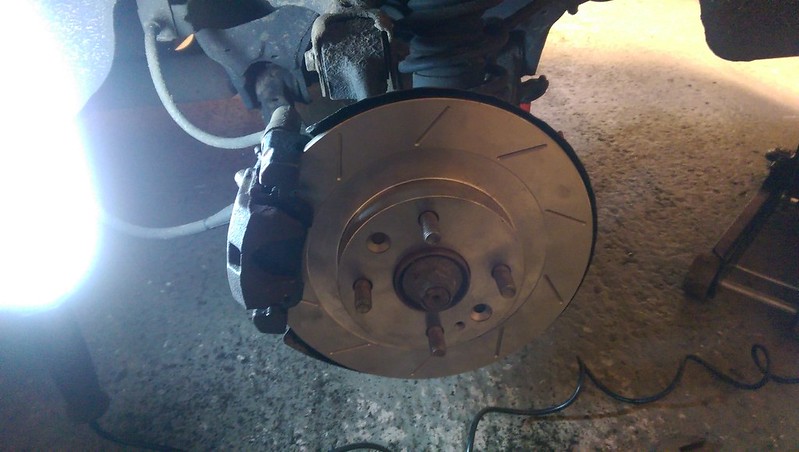 That was as far as I got that day as the RR caliper had a sticky cylinder from corrosion and some friends were about to arrive so I had to pack up in a hurry (I’m always still covered in oil etc when people turn up).  Hence this mess! 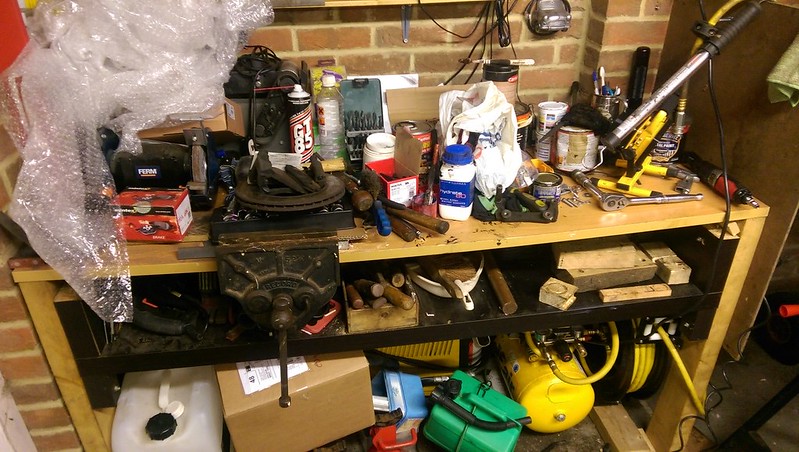 Also wasn’t aware the rear bracket had different fitting kit bits, unlike the front which use the same, so had to order these as well as a new caliper. 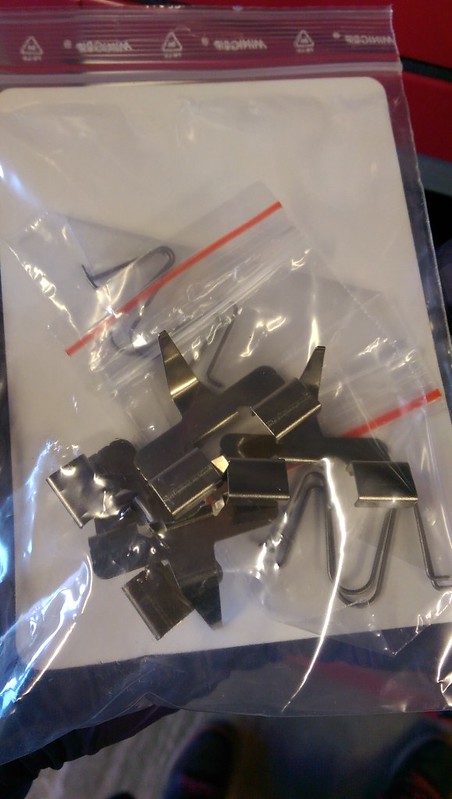 This wasn’t in a great state either even after i’d cleaned it up here. So ordered a new one. 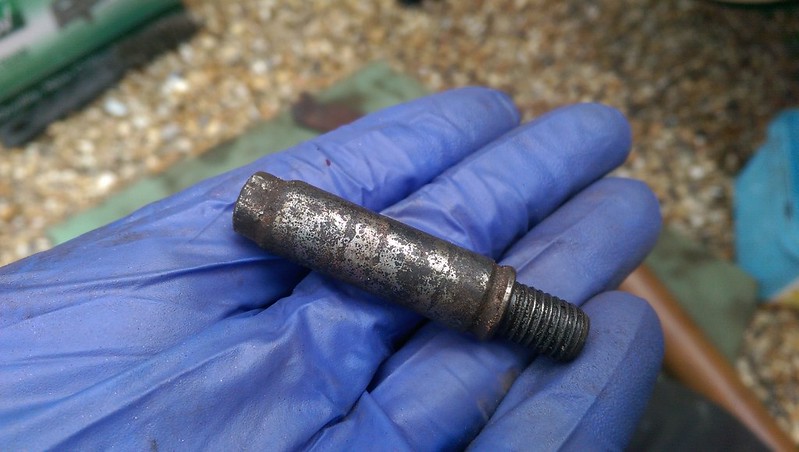 Got the new caliper on a few days later. 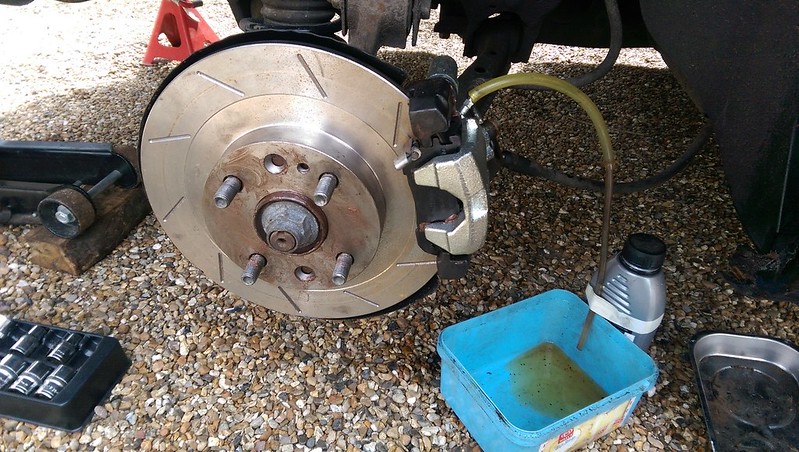 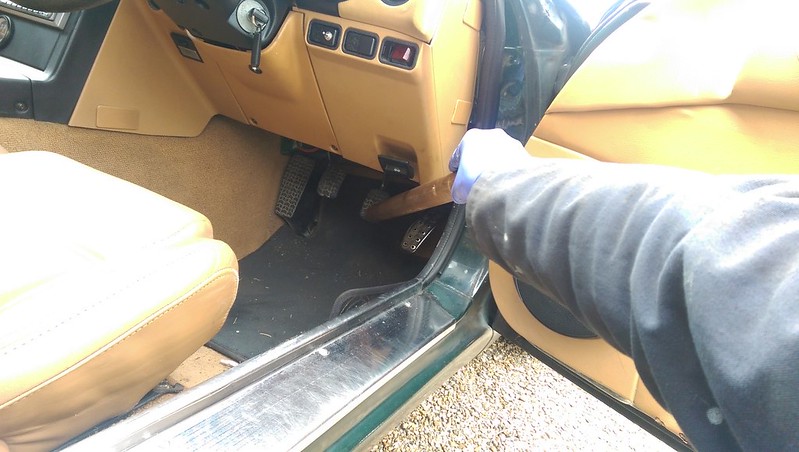 So with the new brakes all sorted we could get it on the road.  Jem hadn’t driven it yet so I was hoping she’d like it.  She was well pleased with it, which was a result. 😀

While it was jacked up I did my usual check of all joints and bushes.  Couldn’t feel any play or hear and knocks which was nice but MOT time will be the true test when it gets abused on the turntable machine they use now.  I had a better look for any rust too which is the next job…