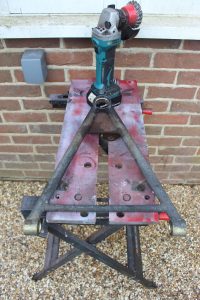 With the wishbones now bare I could get on to examining them and preparing them for the full POR15 treatment (why I chose this coating over other options I will explain later). I was pretty confident the wishbones were not suffering from any serious corrosion as my Elise is at fairly low mileage of 53k and clearly hadn’t done too many miles on wet roads in it’s lifetime. There was still a reasonable amount of the original coating still present too, underneath the filth, particularly on the rear wishbones as the fronts had suffered slightly worse with a bit more corrosion.

They weren’t too greasy or dirty so a quick wipe off in a few spots was all they needed before I could get stuck in with the wire wheels on my angle grinder. This is a horrible dusty, noisy job so best done outside. 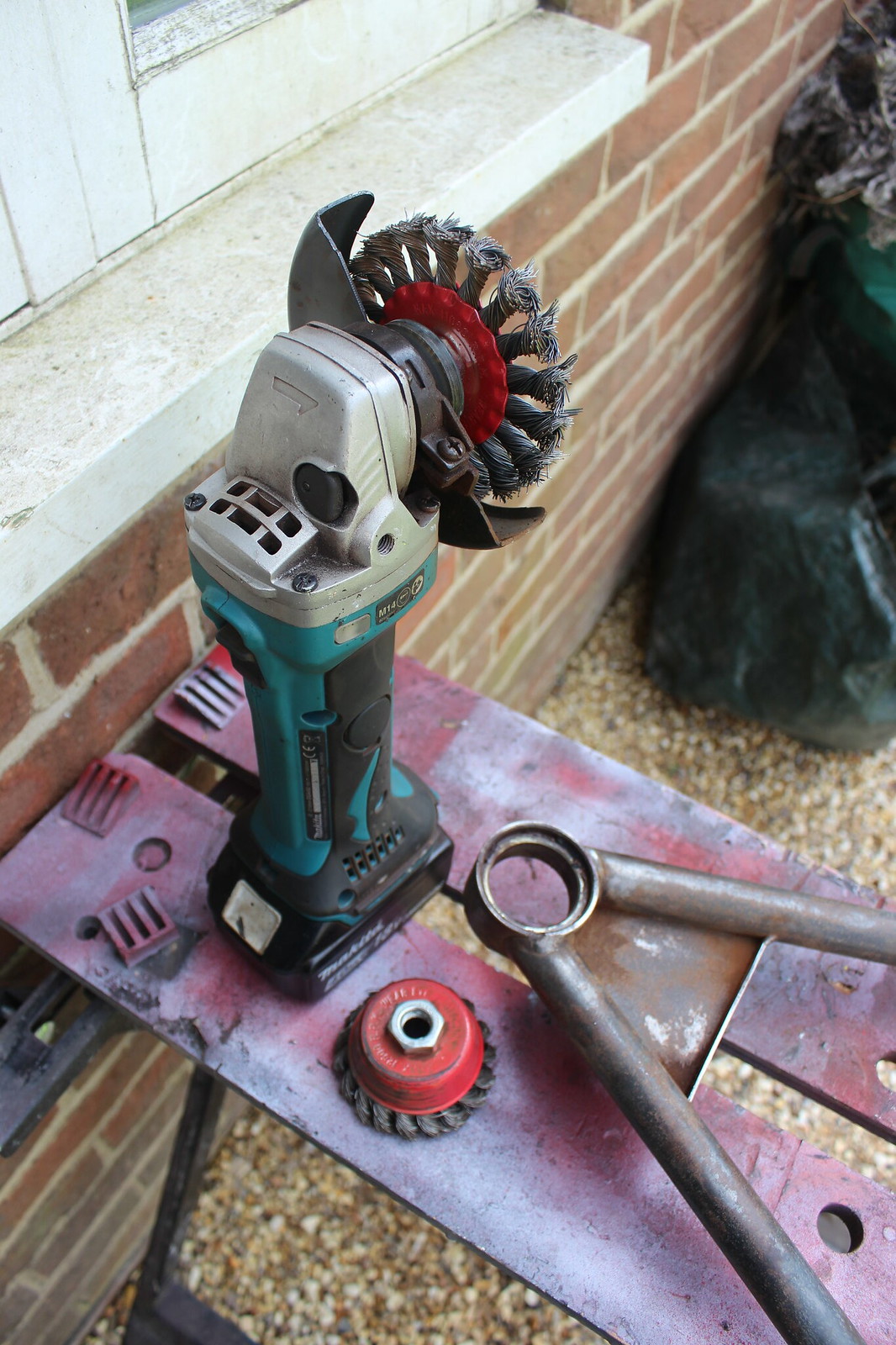 Me in my Sunday best. 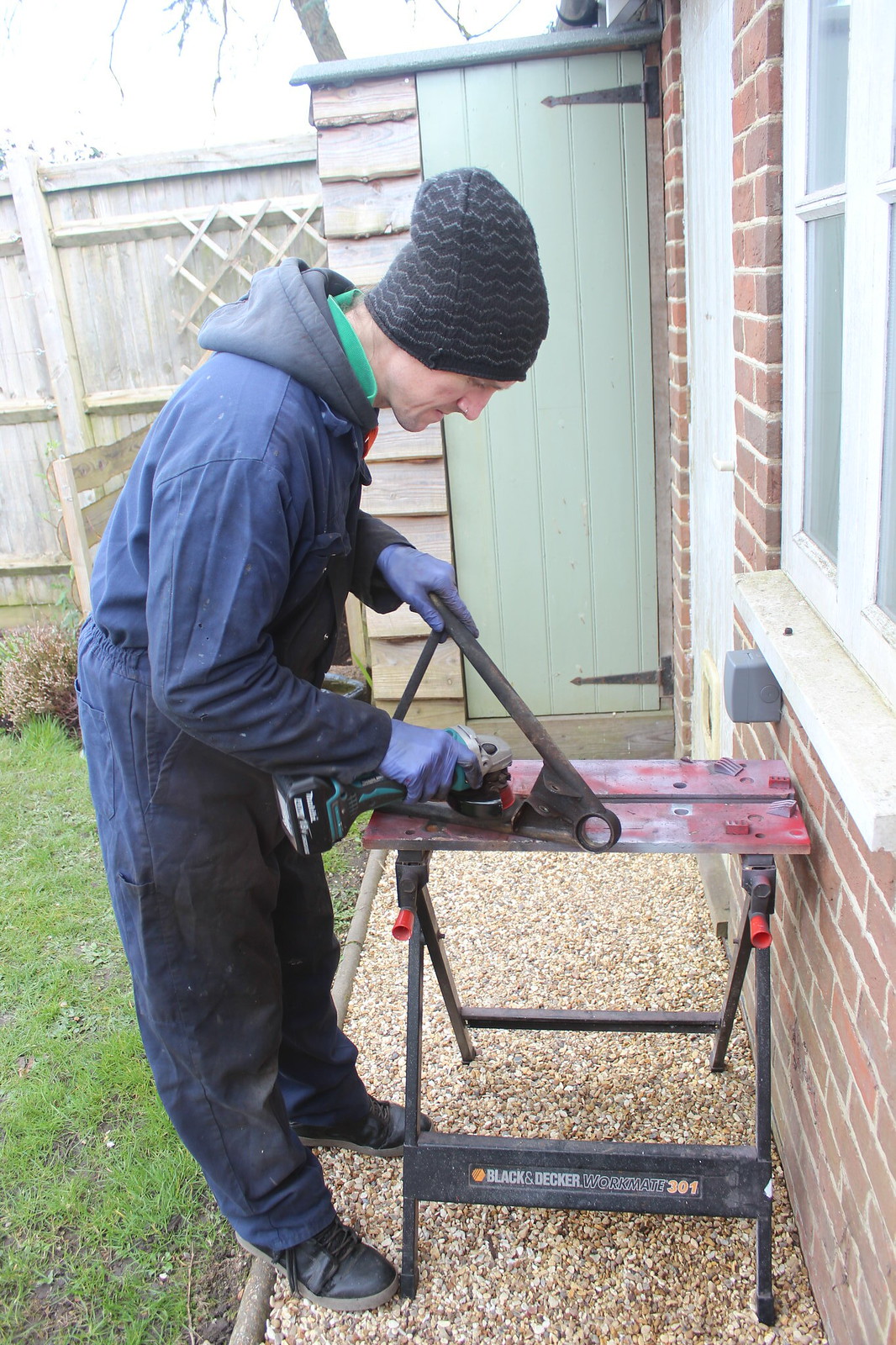 This took quite a while and my Makita angle grinder burned through it’s batteries pretty quick so I ended up using my mains power one. Spending some time on this job was worth it though as it meant I could strip back all surface rust and be sure there was no major corrosion anywhere. Something I was careful not to do is ‘over work’ any areas. Using a wire wheel like this can sort of polish the surface sometimes which can be a problem later on when trying to get a paint or coating to stick. 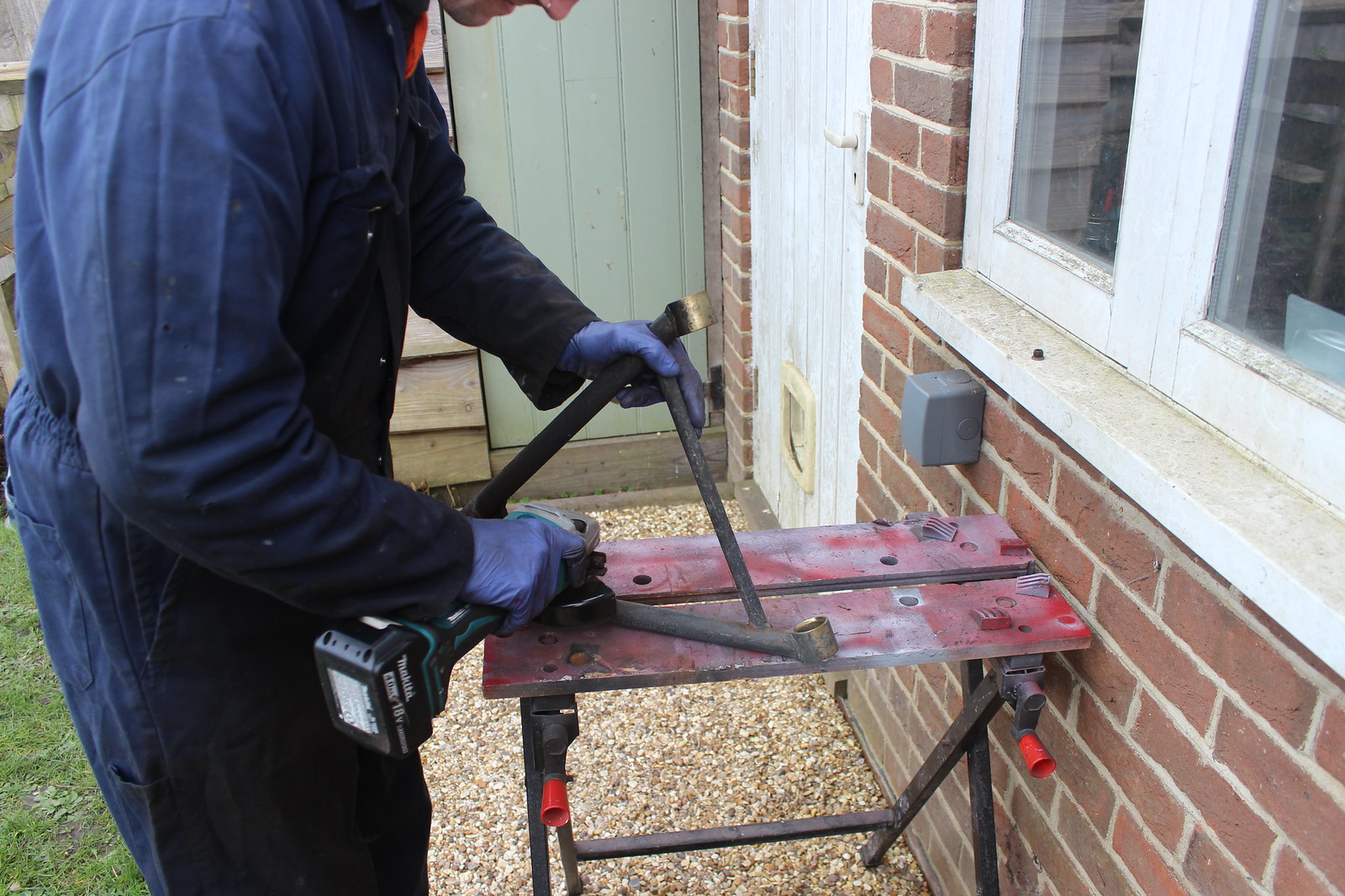 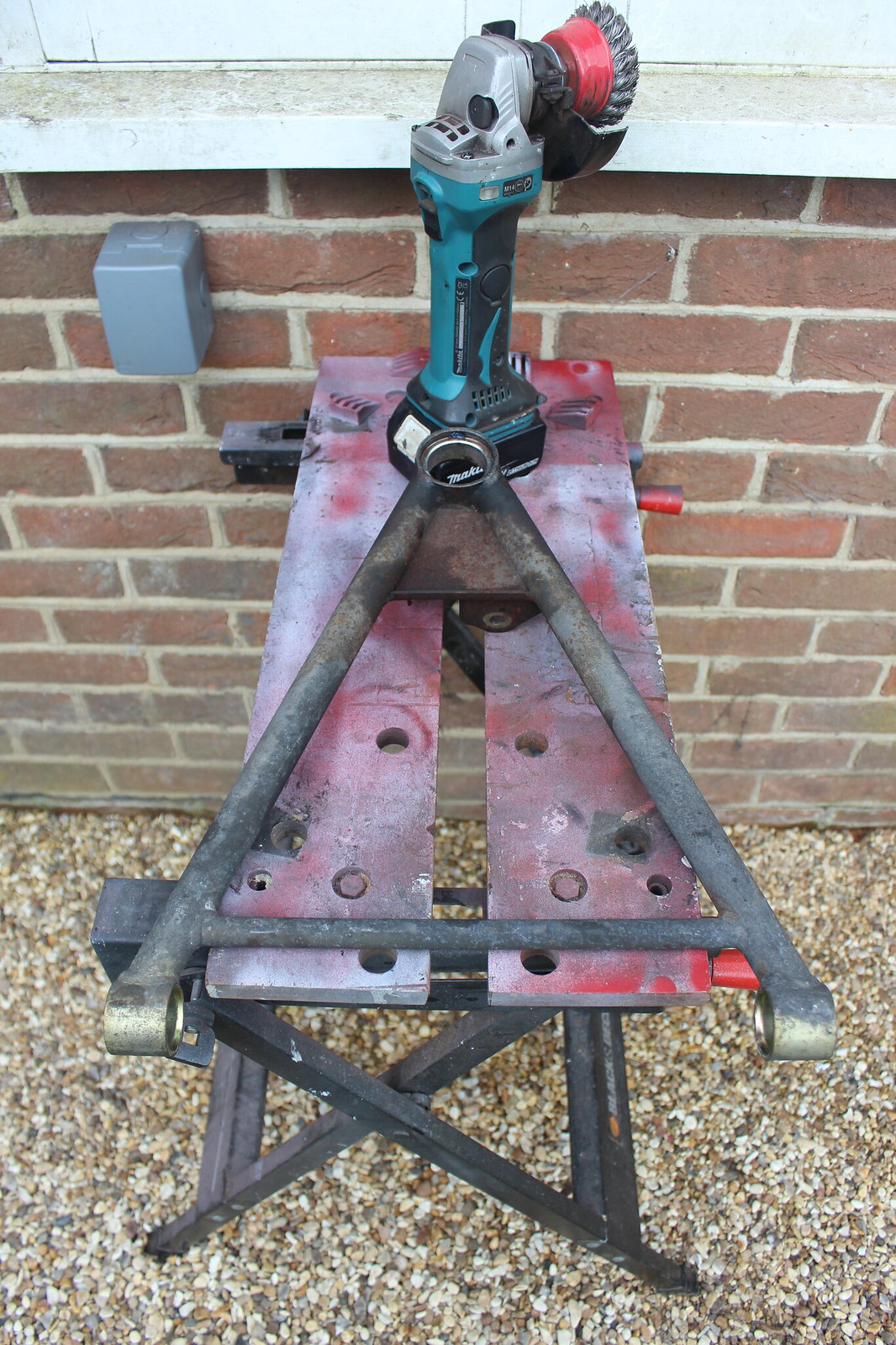 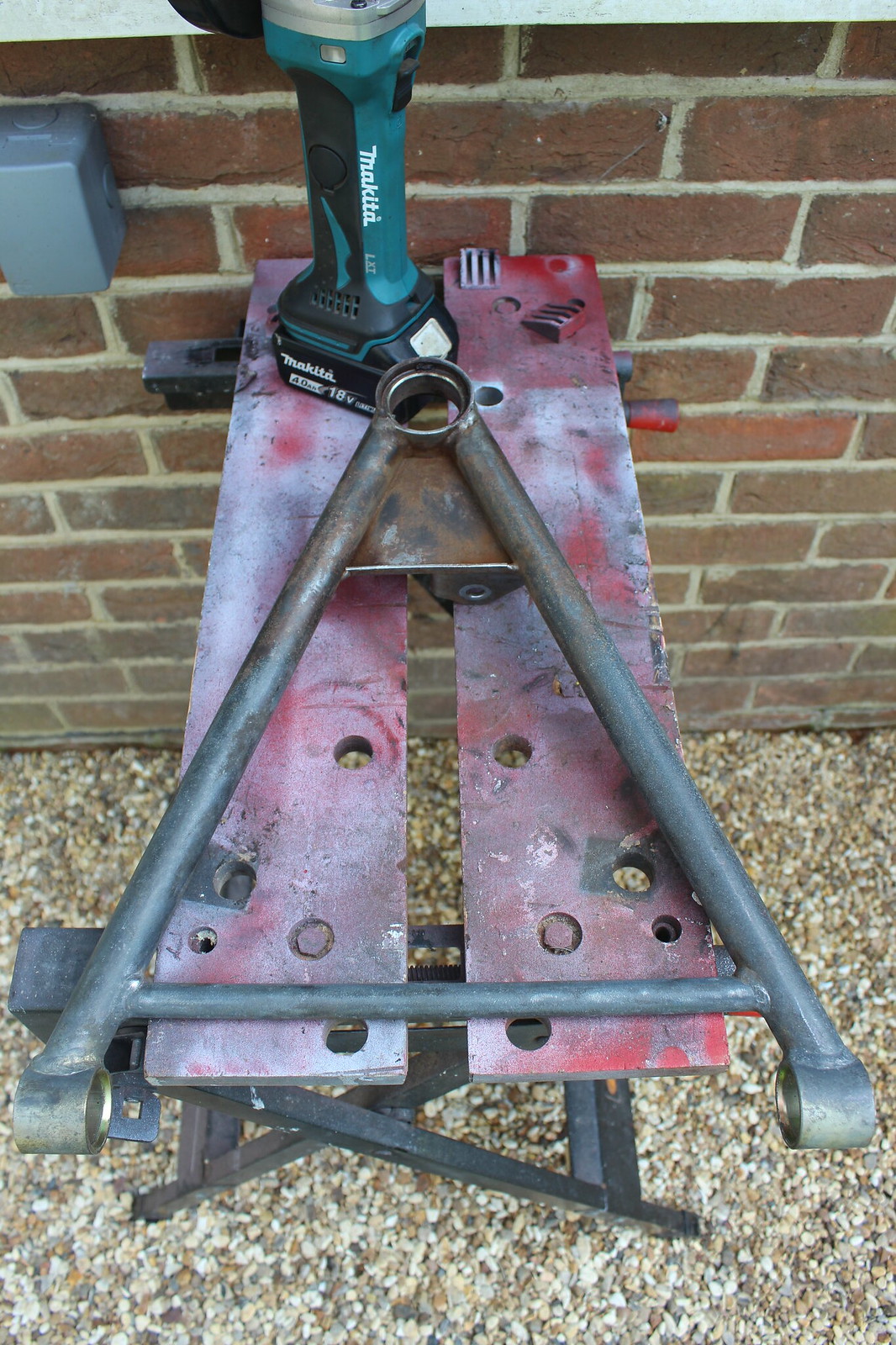 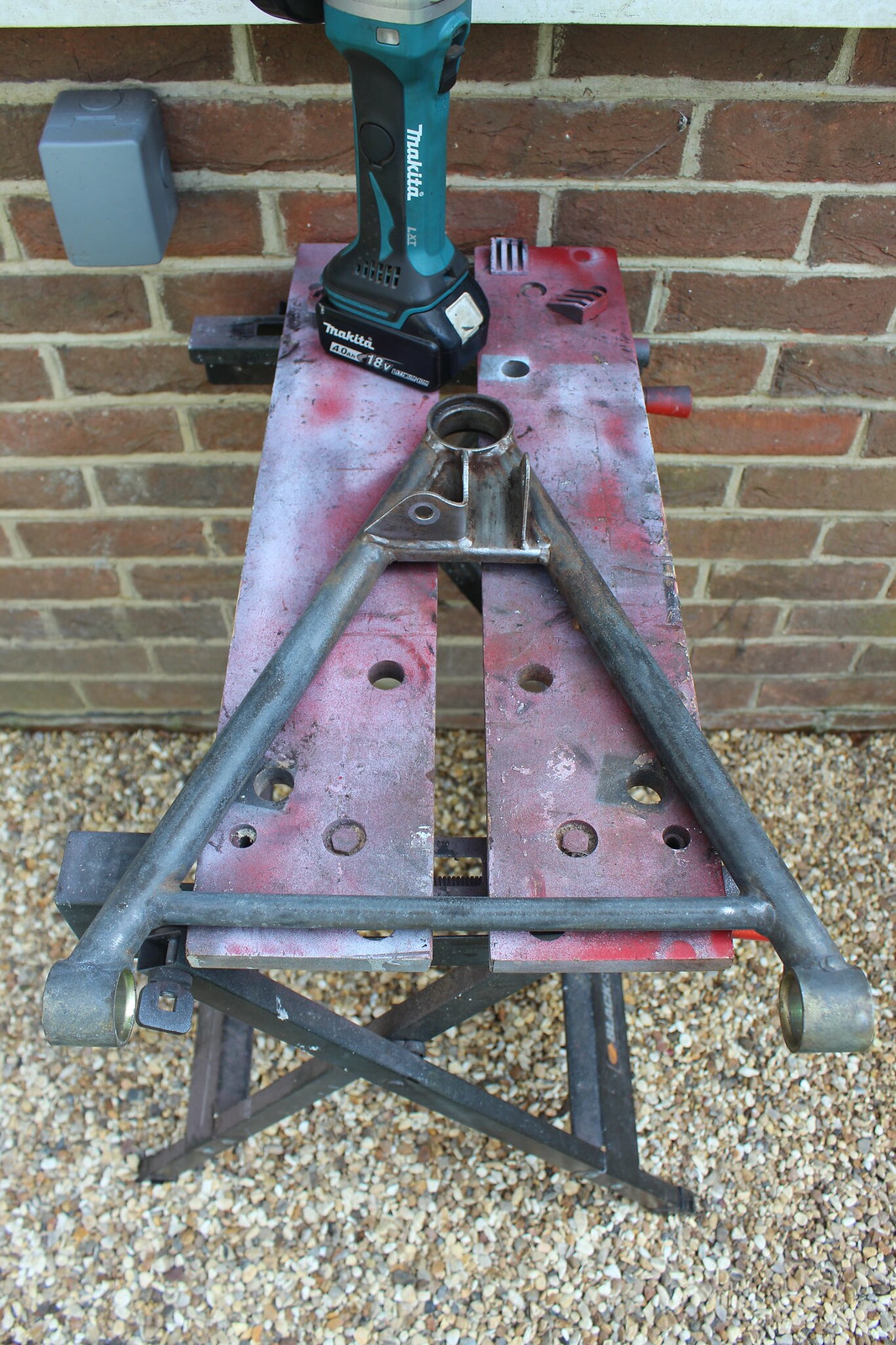 This is as much as I could get done with powered assistance. The rest would have to be done by hand. 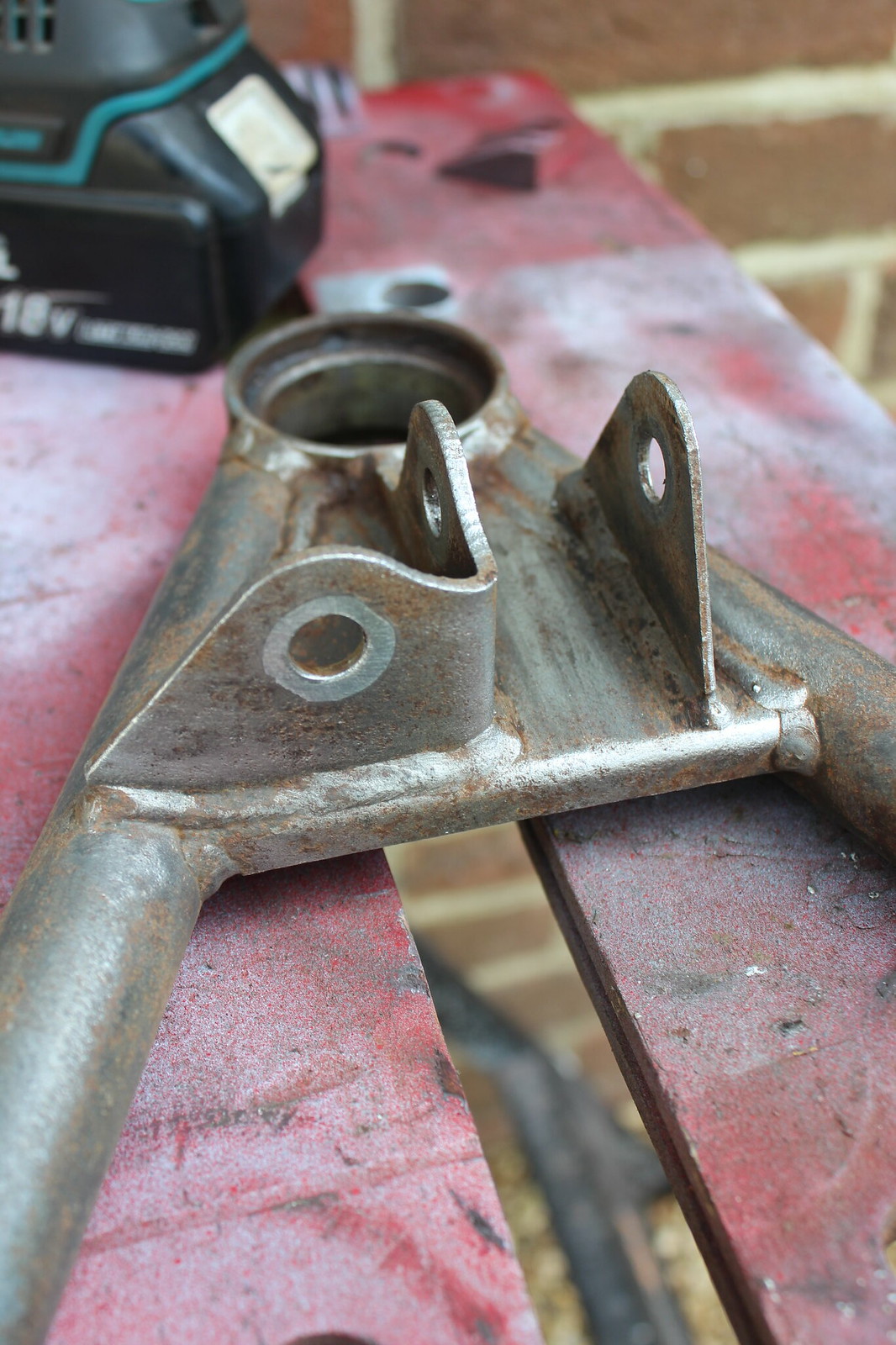 Couple of pictures of some others in progress. 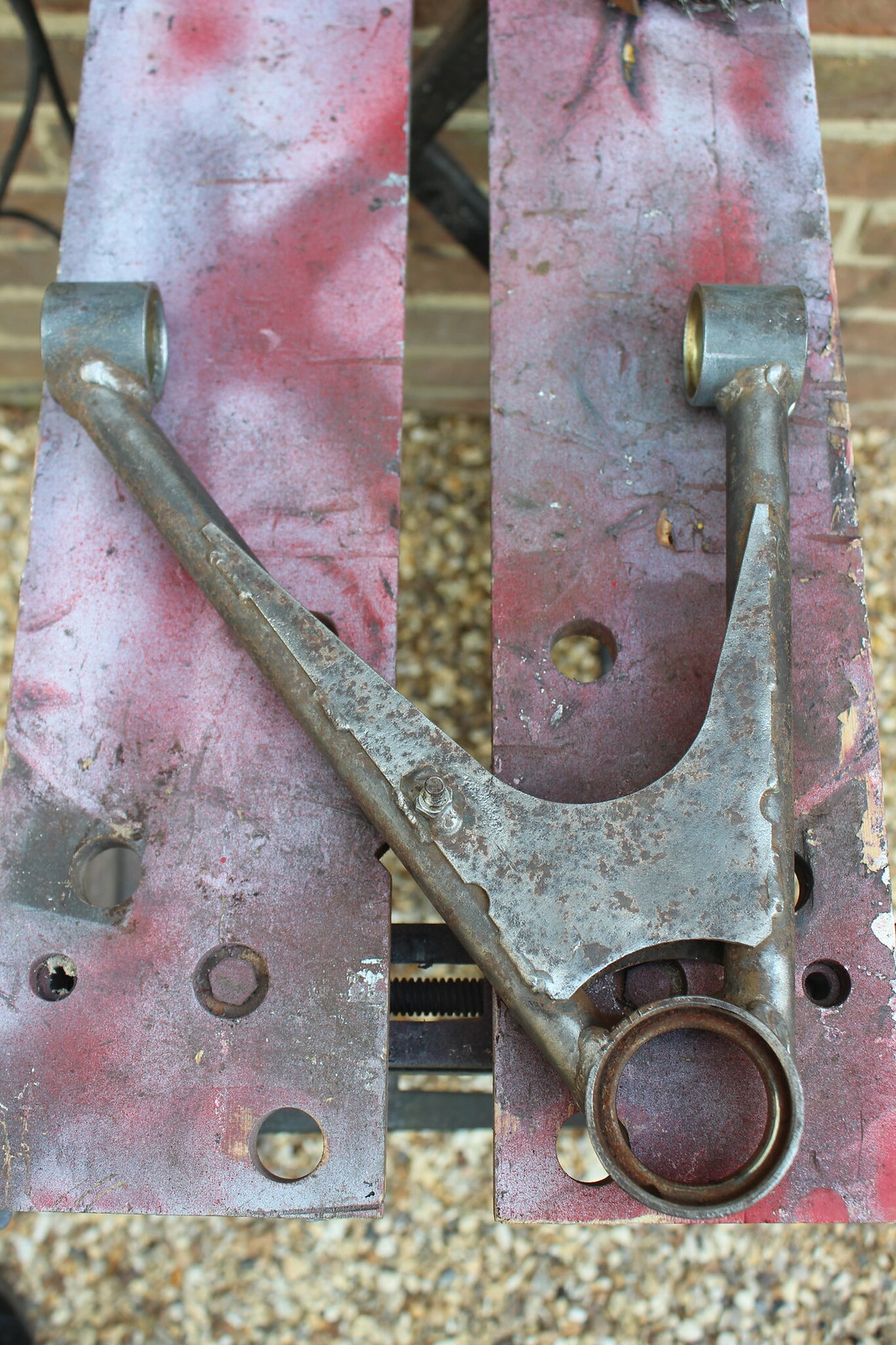 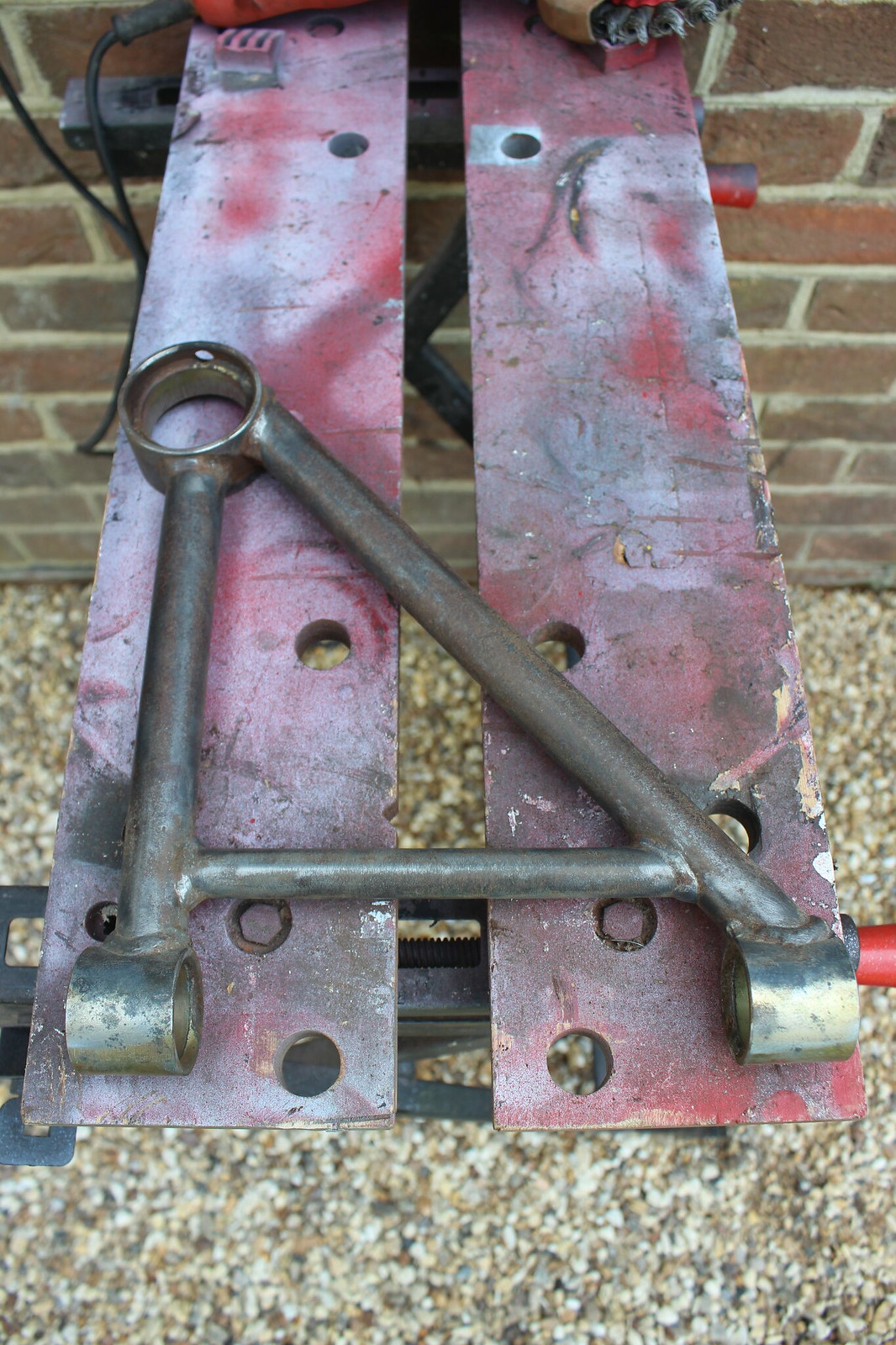 There were quite a few areas the wire wheels just couldn’t get to so I had to get at them with various wire brushes by hand. 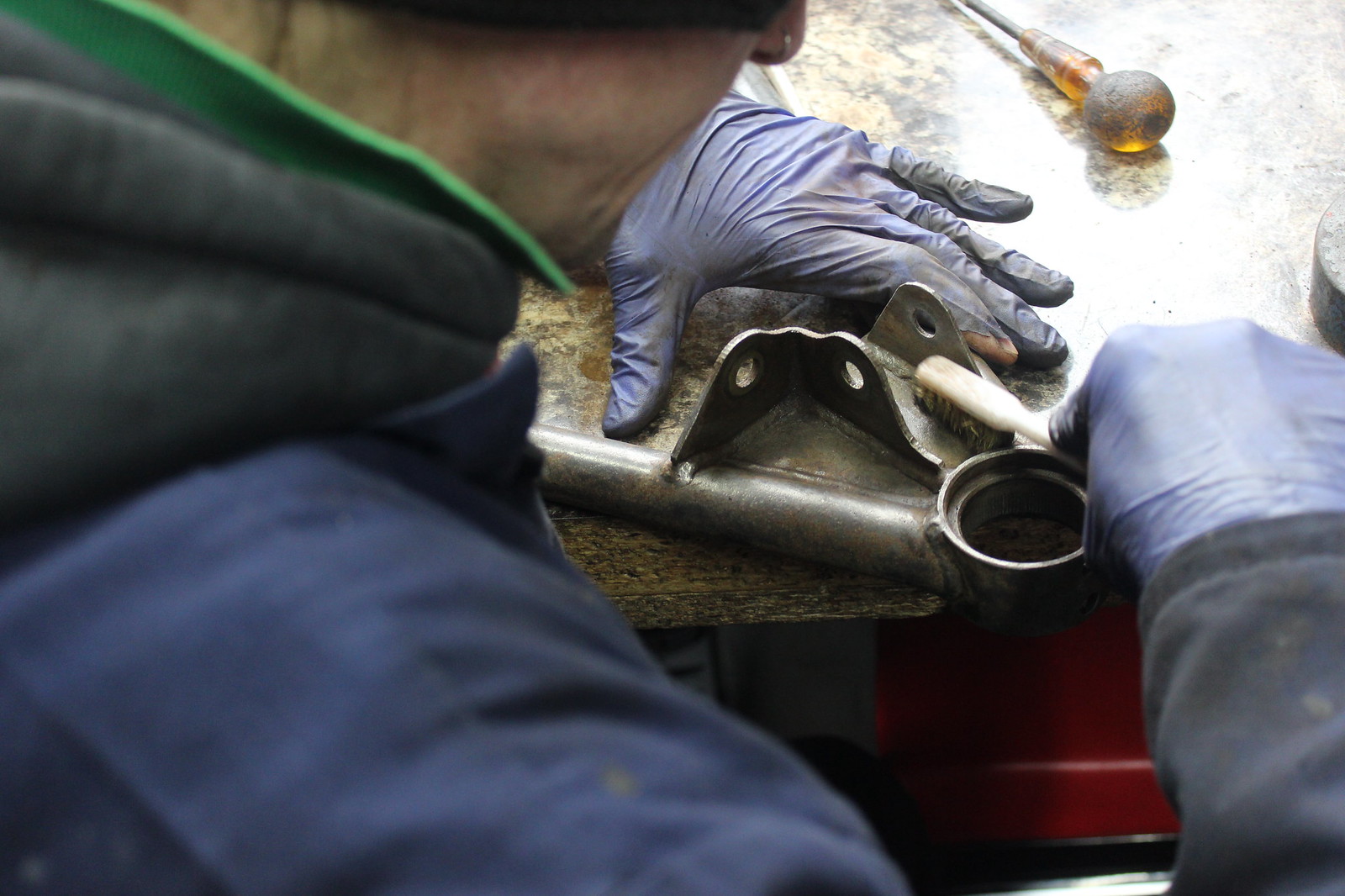 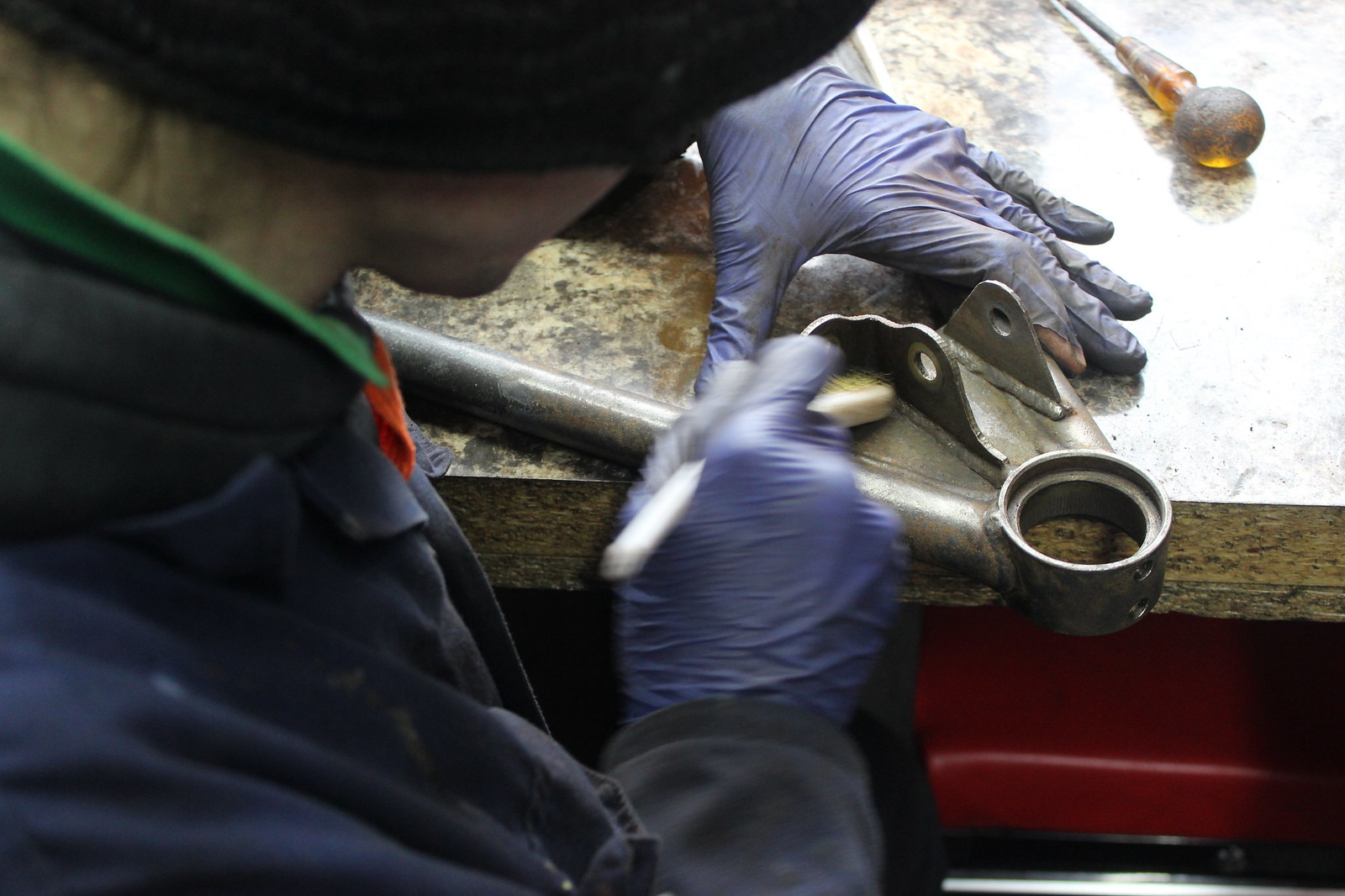 Areas like between the plates here could only be done by hand. 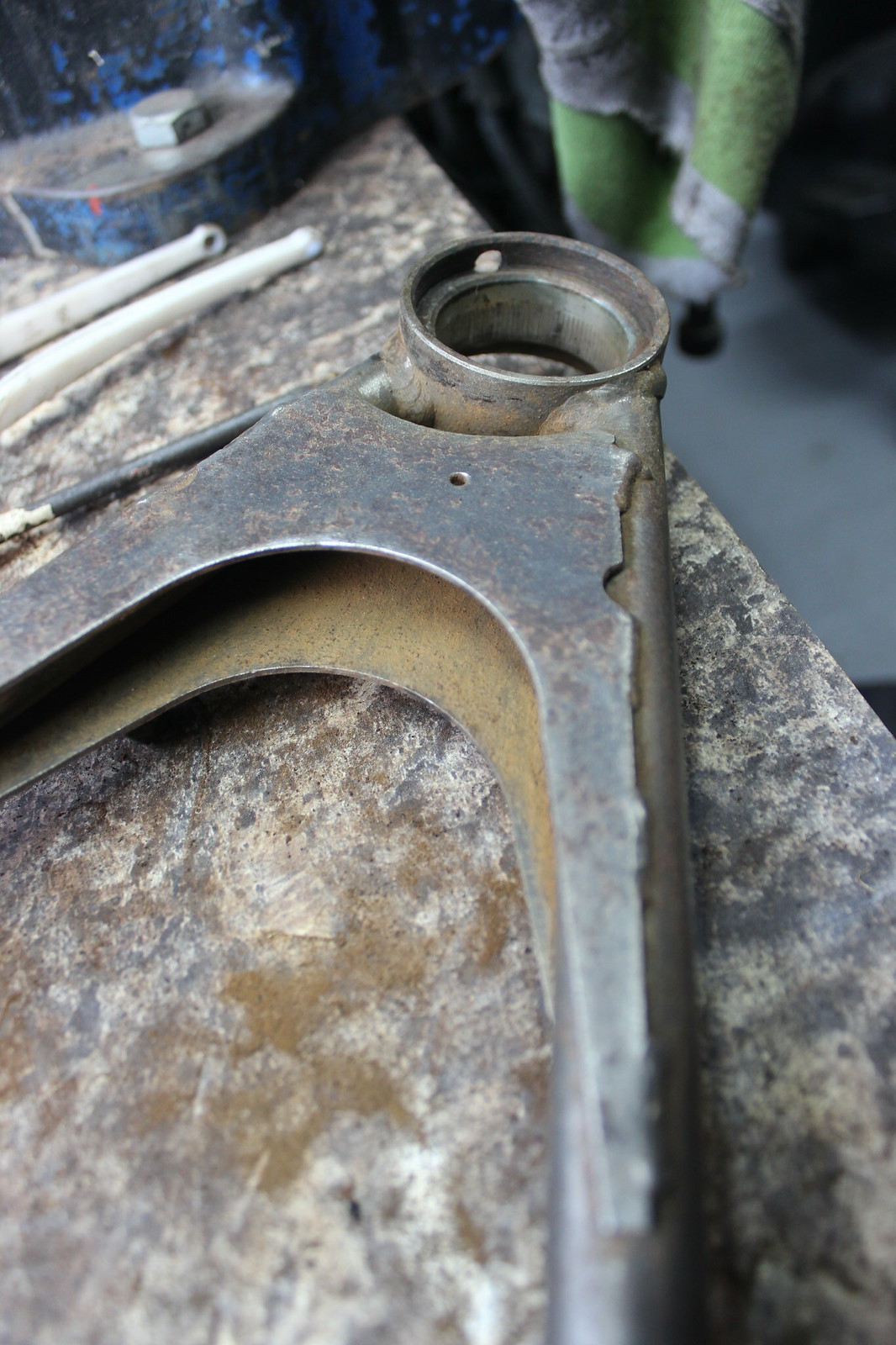 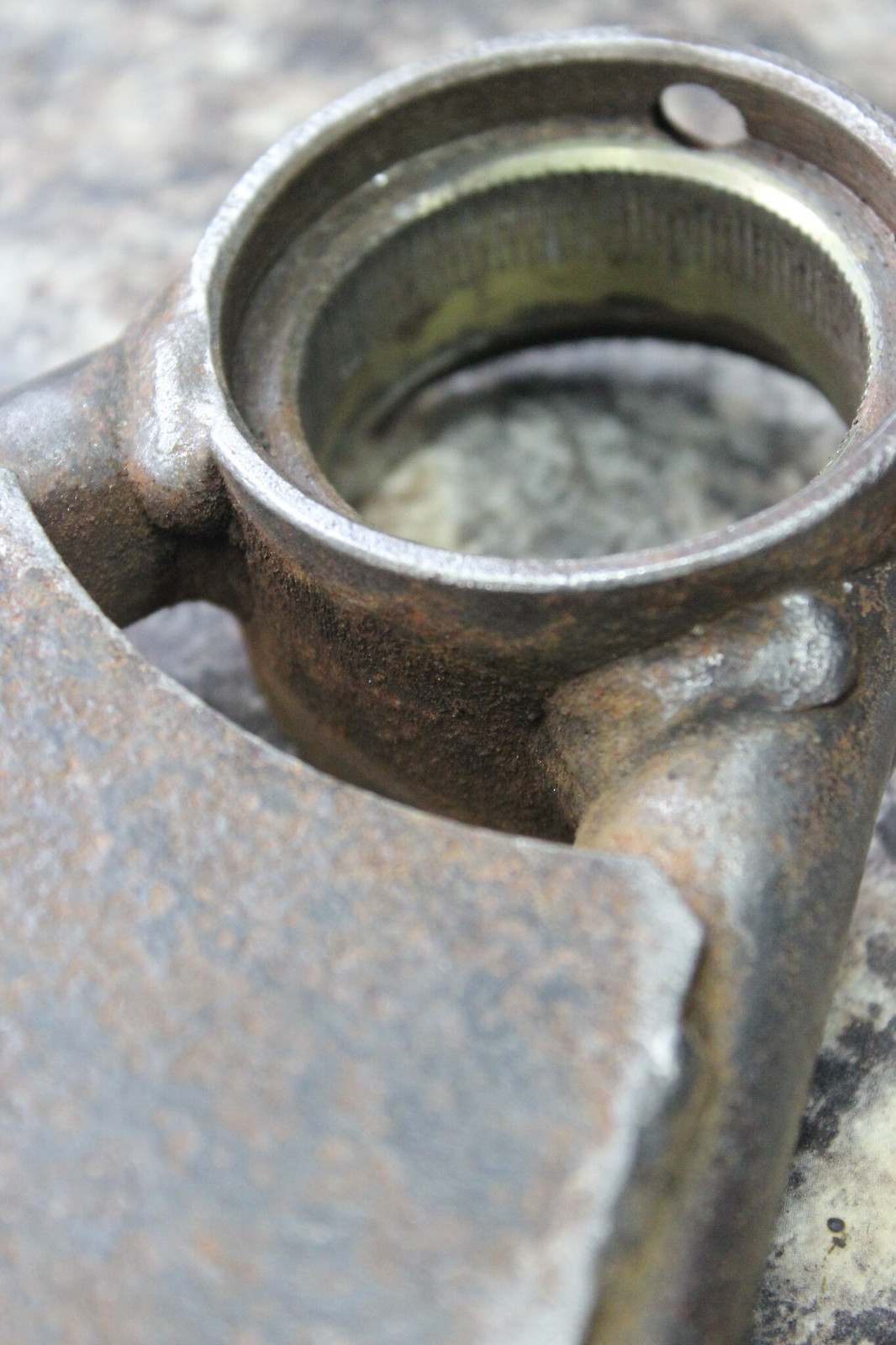 This is slow work but you get there in the end. 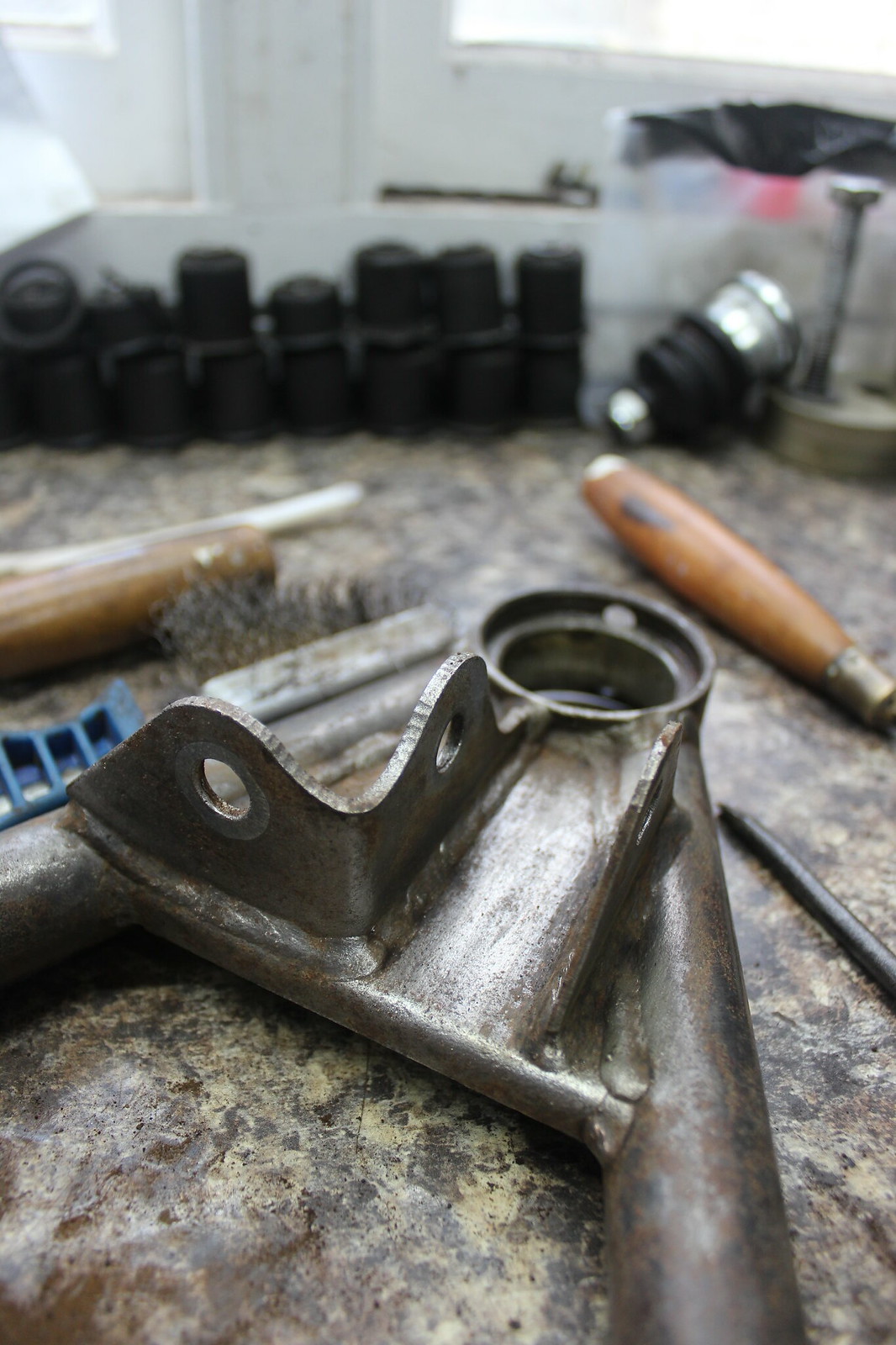 I thoroughly cleaned all the bores that the ball joints and bushes press into too. 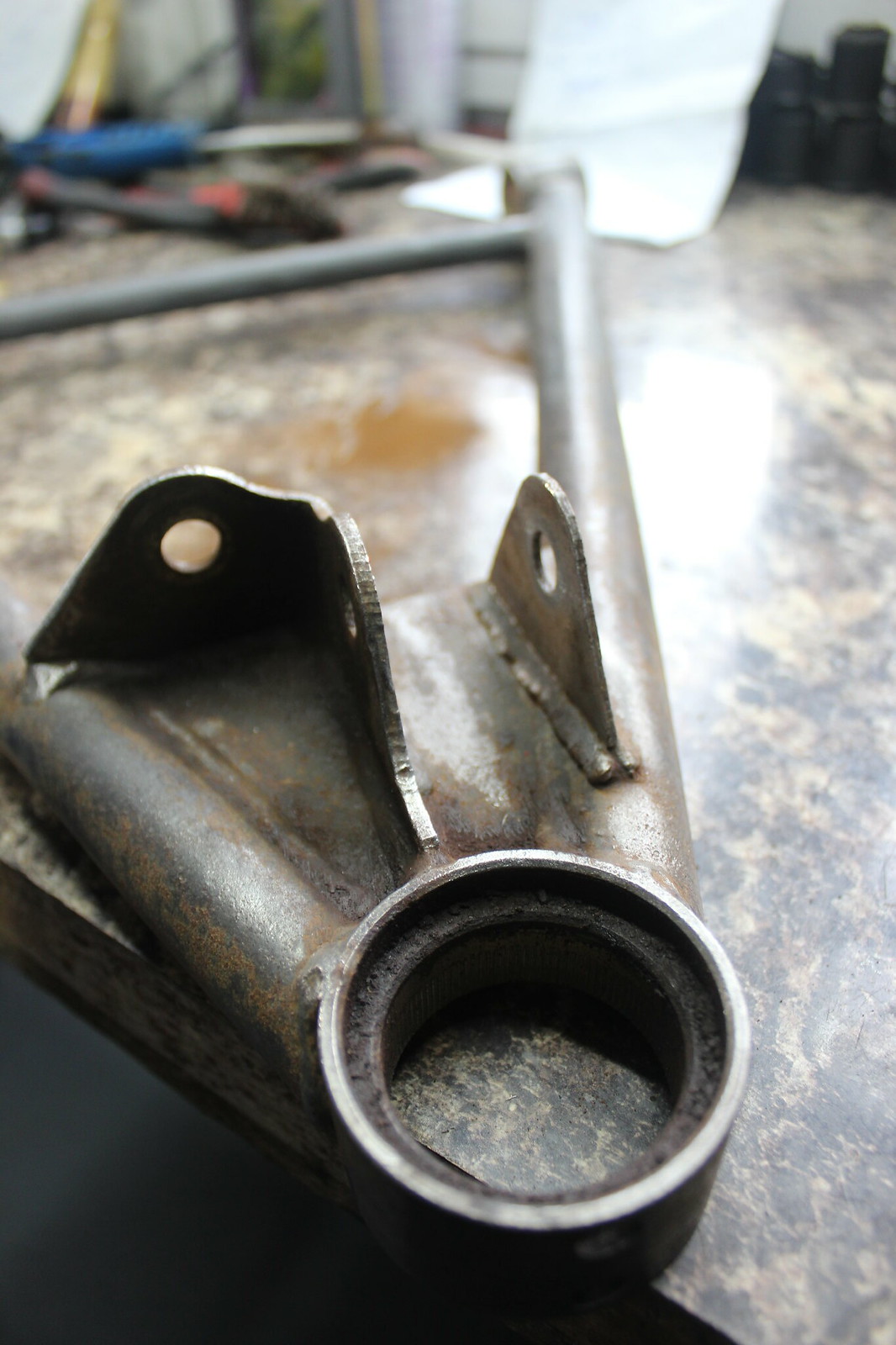 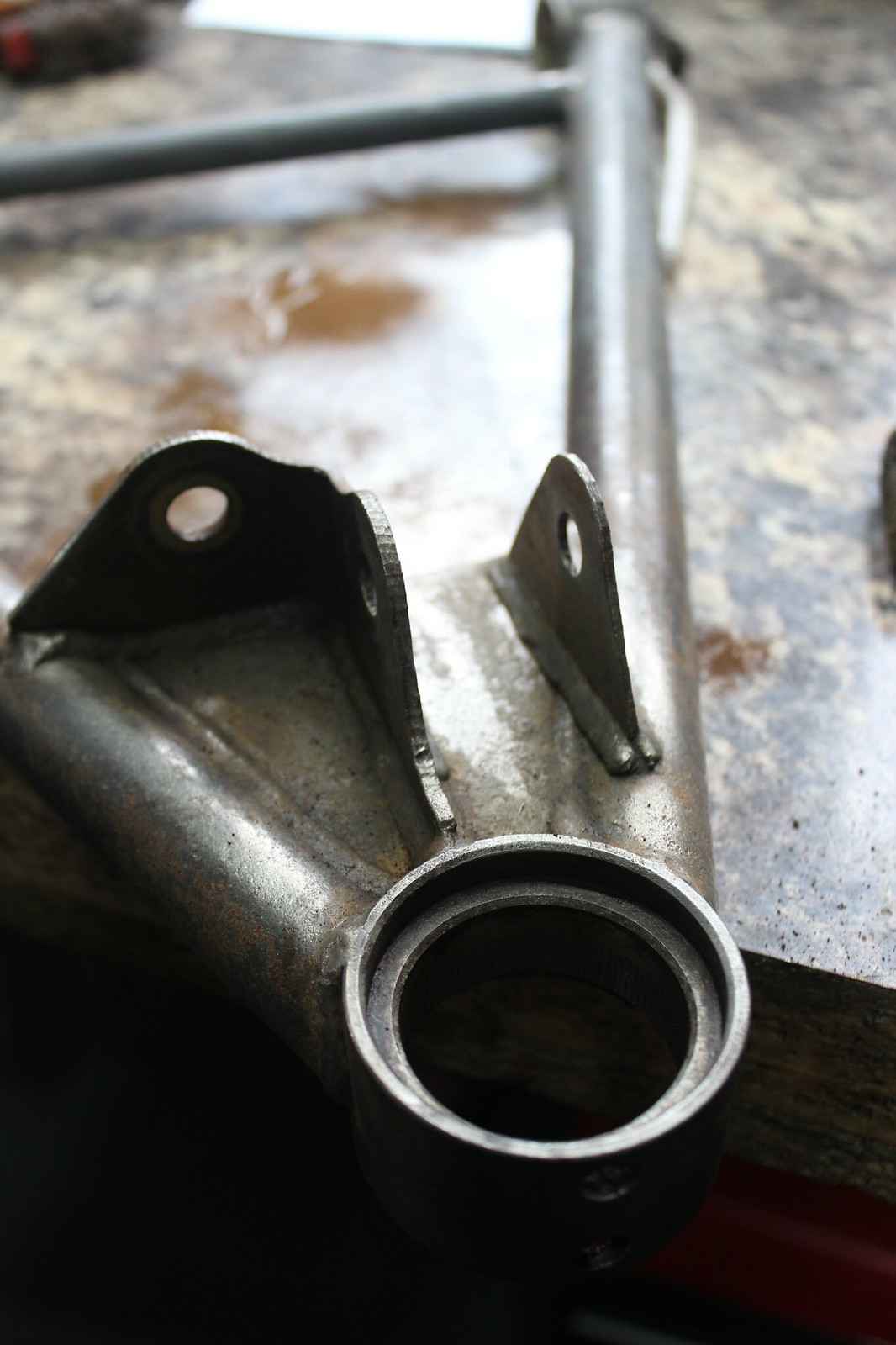 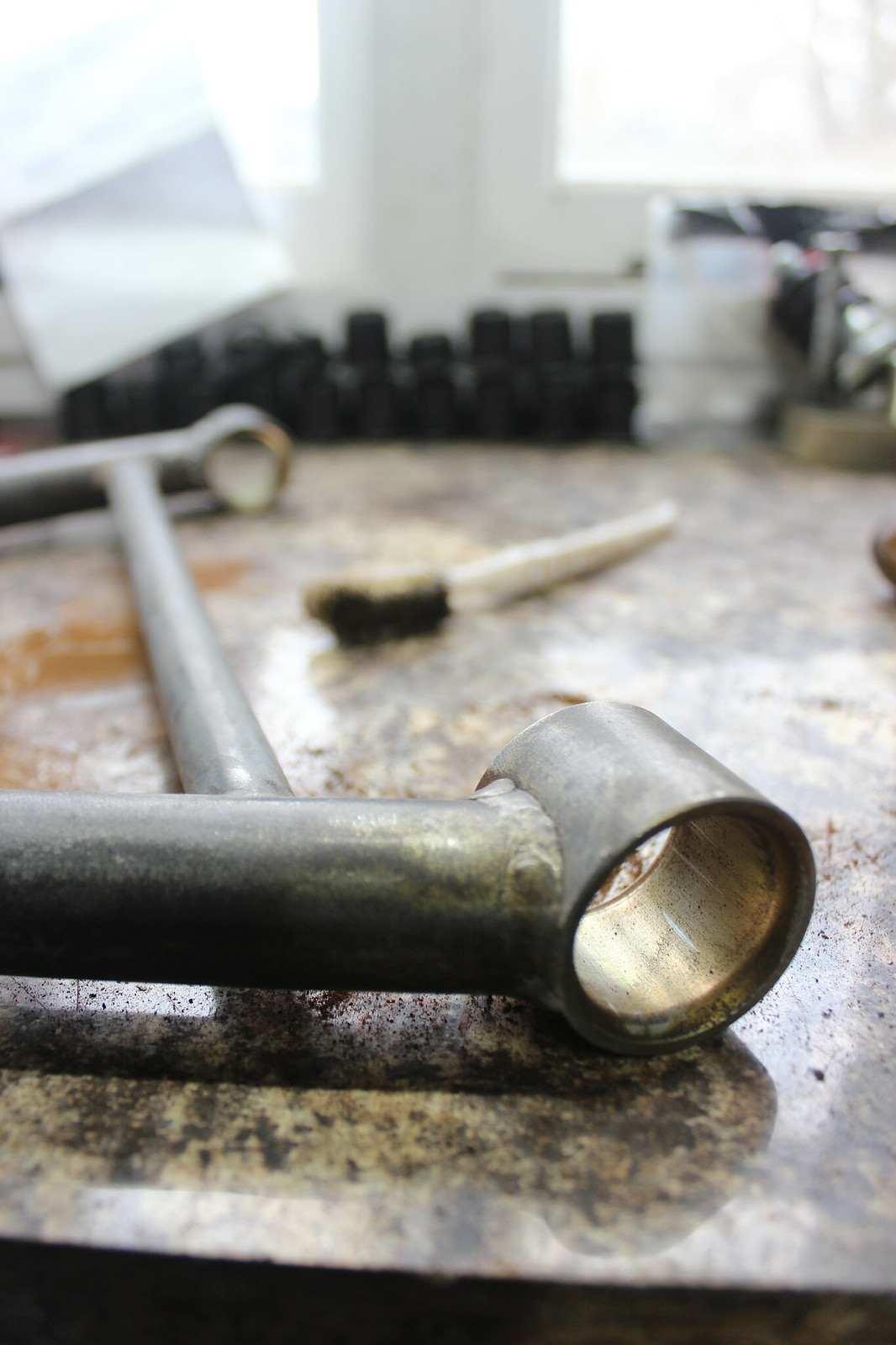 There were a few other steel components that could do with some wire brushing but they would need cleaning and degreasing properly first which is the next job for the wishbones.