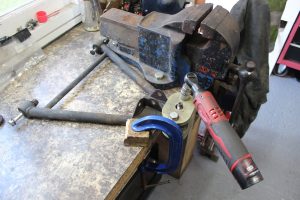 The last parts to strip down were the wishbones. They all had some surface rust, as seems to be the norm for all Elise’s, so I wanted to clean them down and give them a good coating of POR15. I had also ordered spherical bearings to replace the rubber bushes and new ball joints for all the wishbones so all the old ones would need removing anyhow.

Here’s a lower front wishbone and the Elise Parts ball joint removal/fitting tool. This tool is intended to allow ball joints to be replaced without the need to remove the wishbone to use a vice/press but it works so well I chose to use it over using the vice anyway. 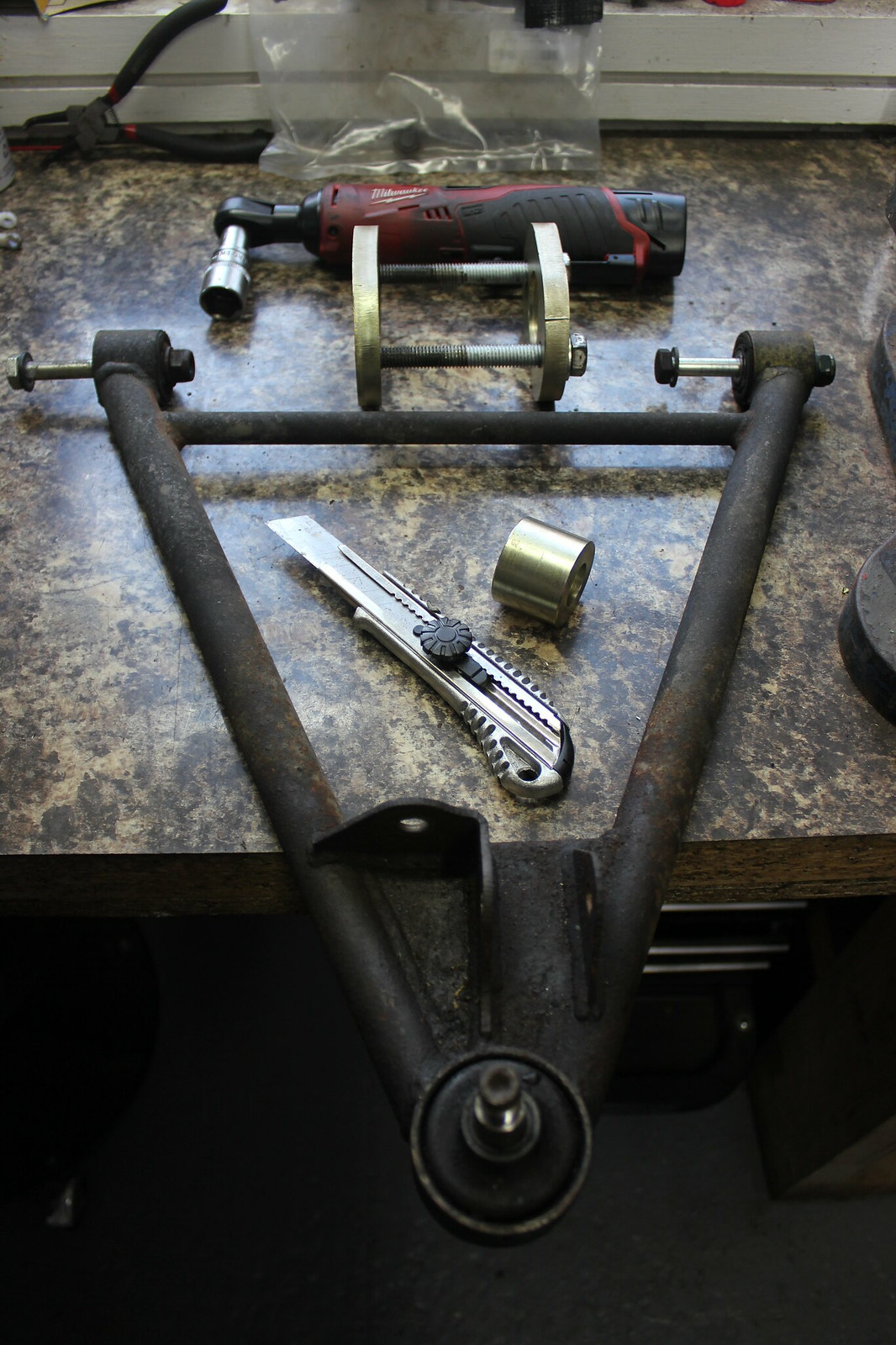 Rubber boot removed before fitting the tool. It needs removing or it can get chewed up and wedged around the removal tool. 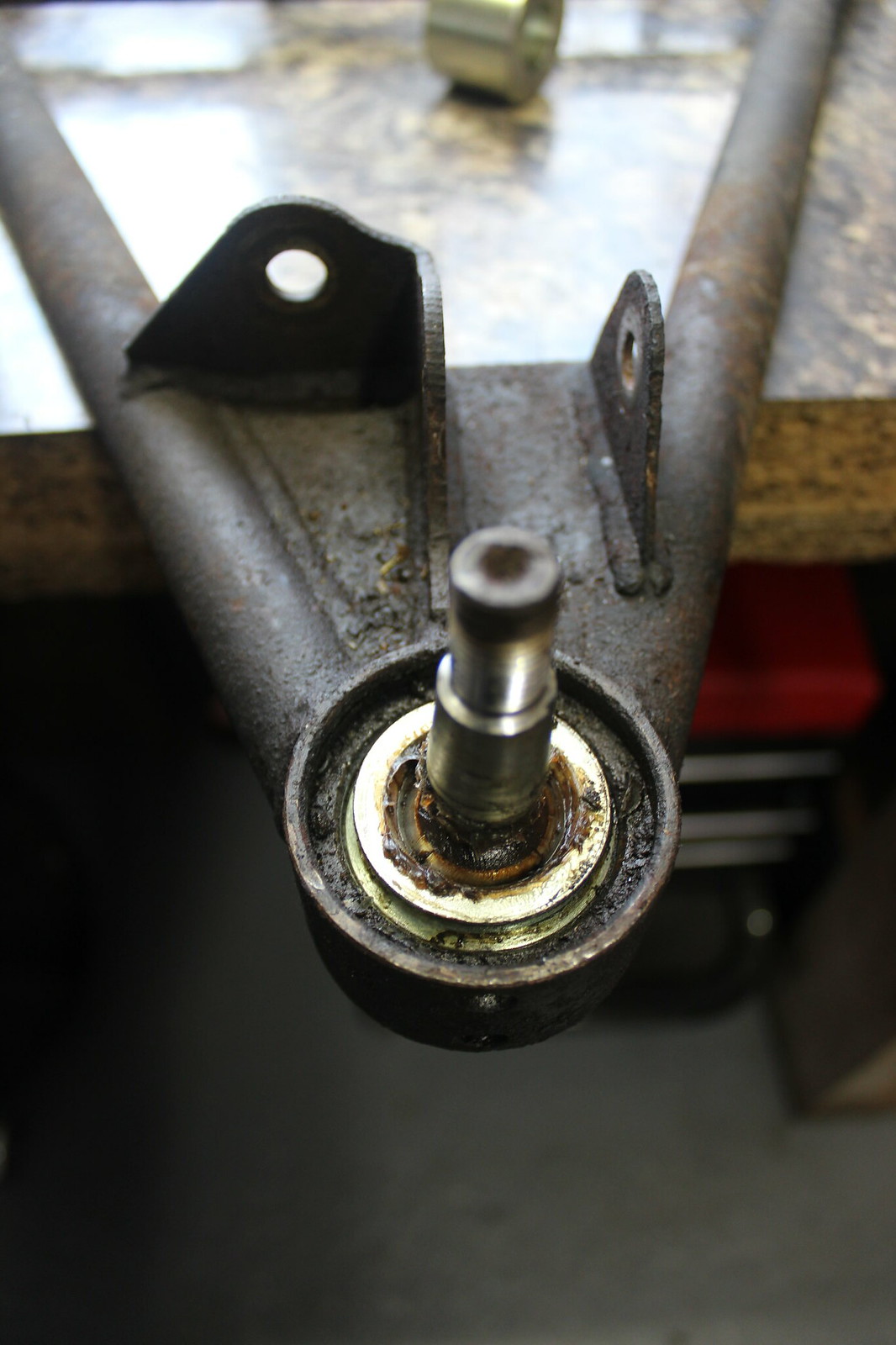 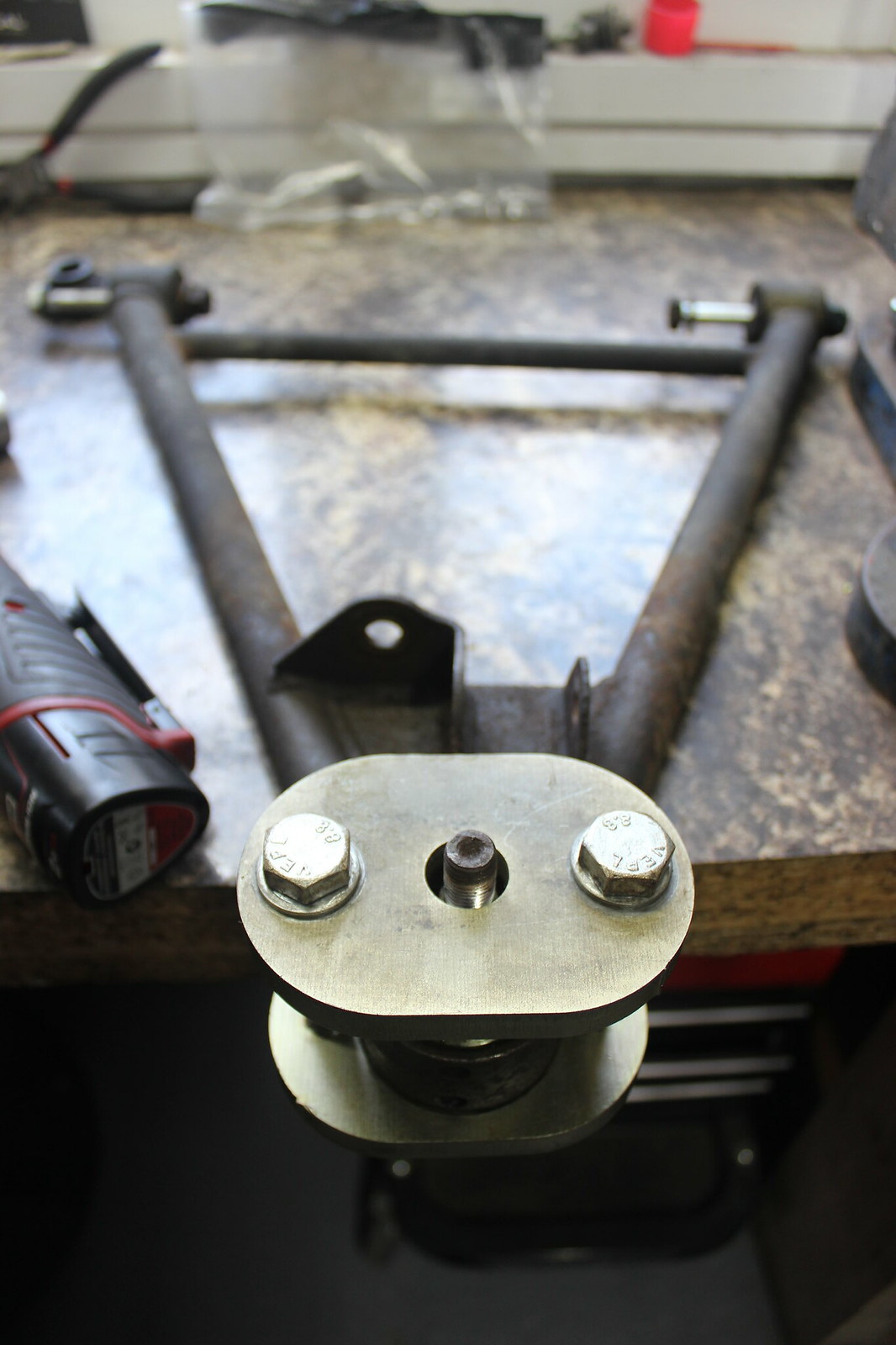 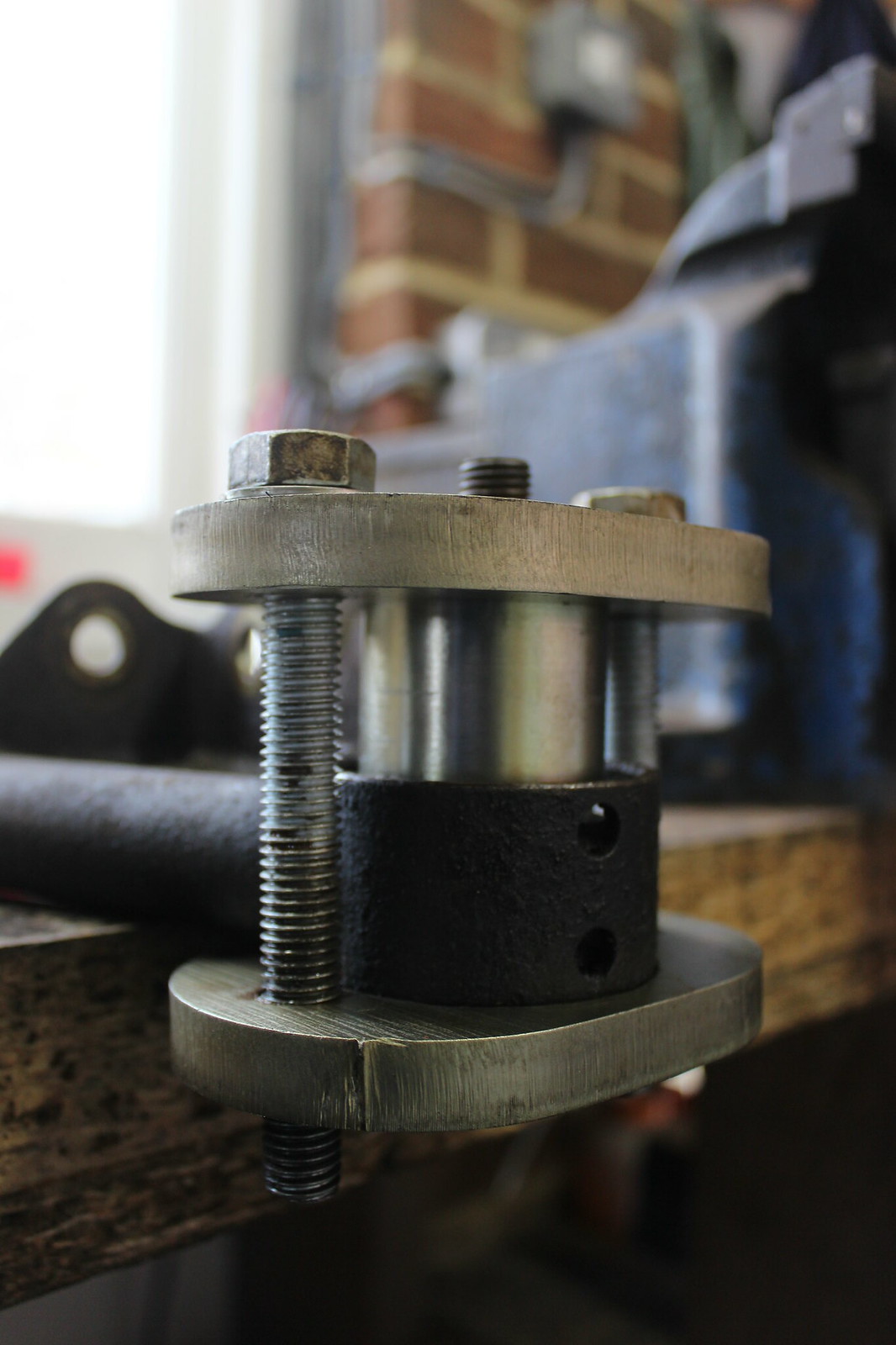 Pressing out the joint. 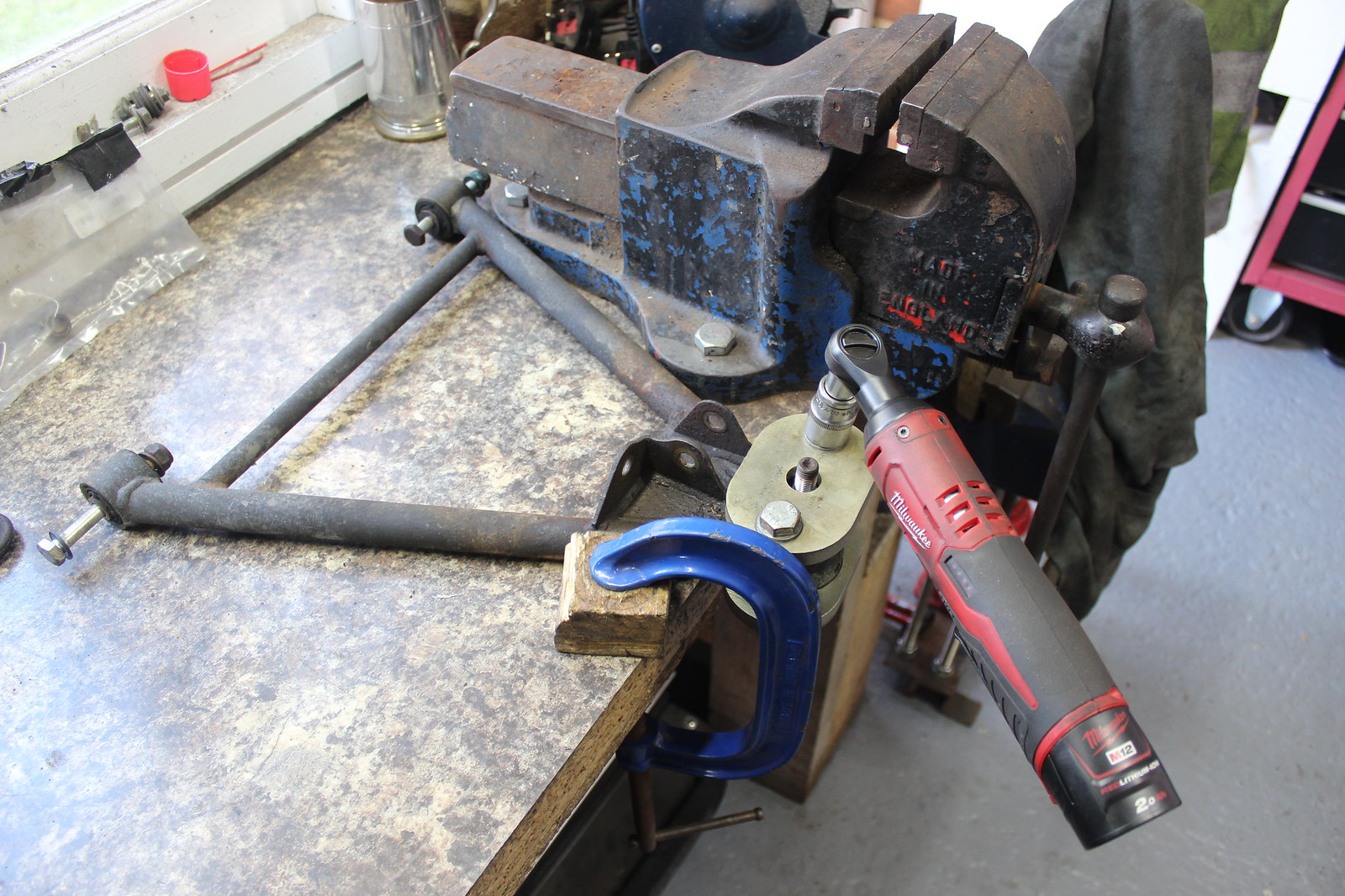 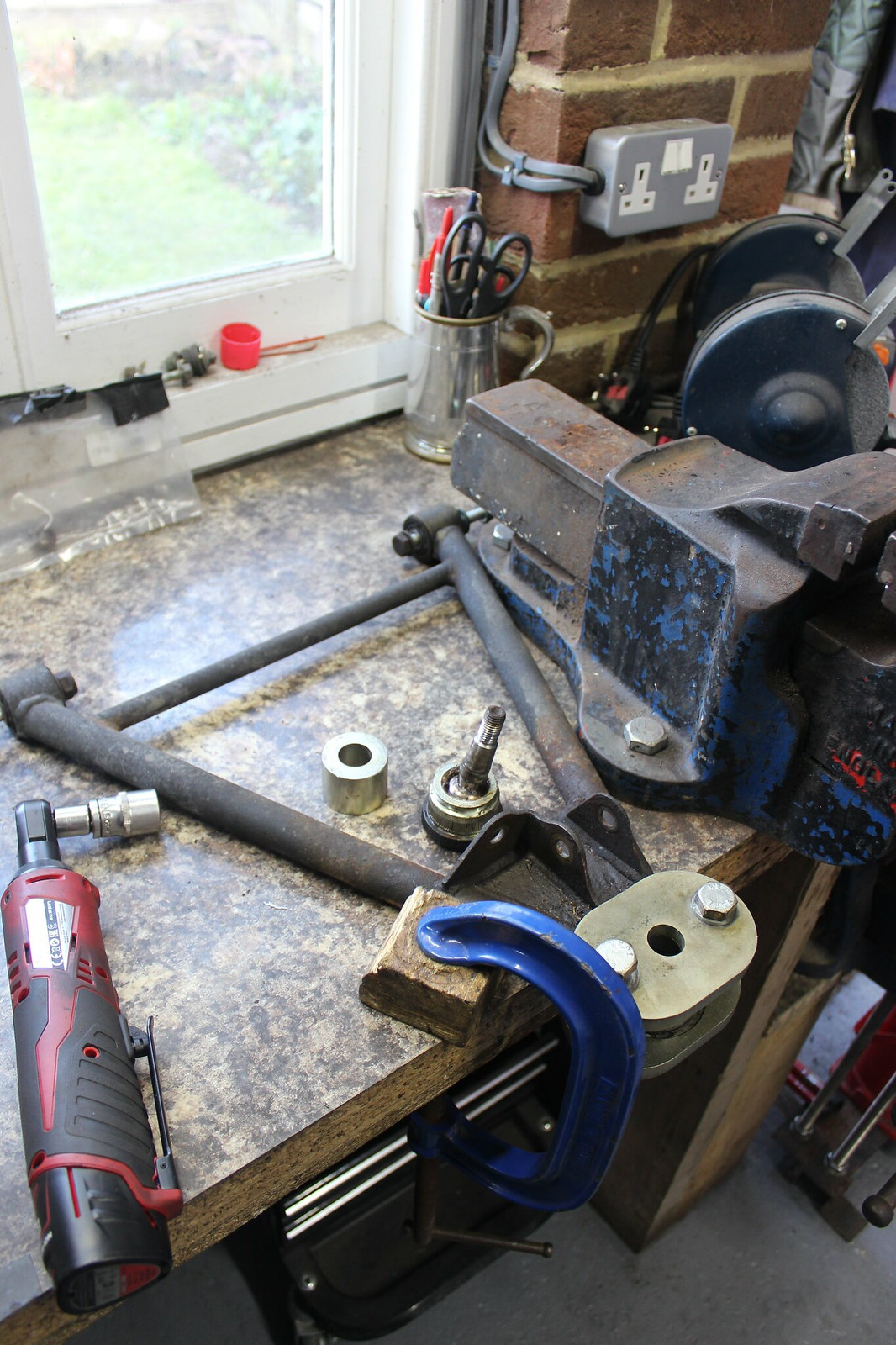 On to the rear wishbones. 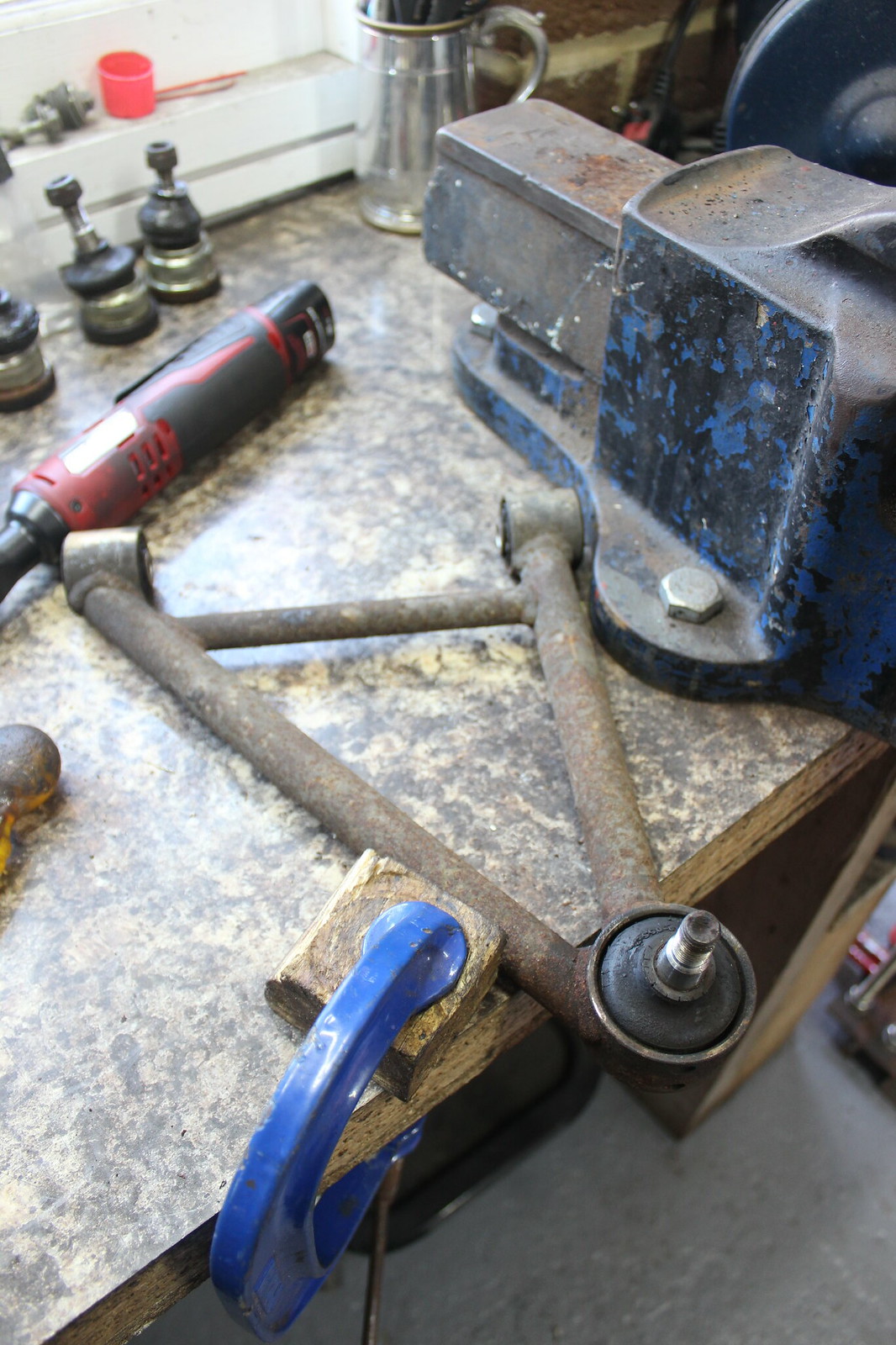 Some more of the boots at the end of their life though the actual ball joint was ok. 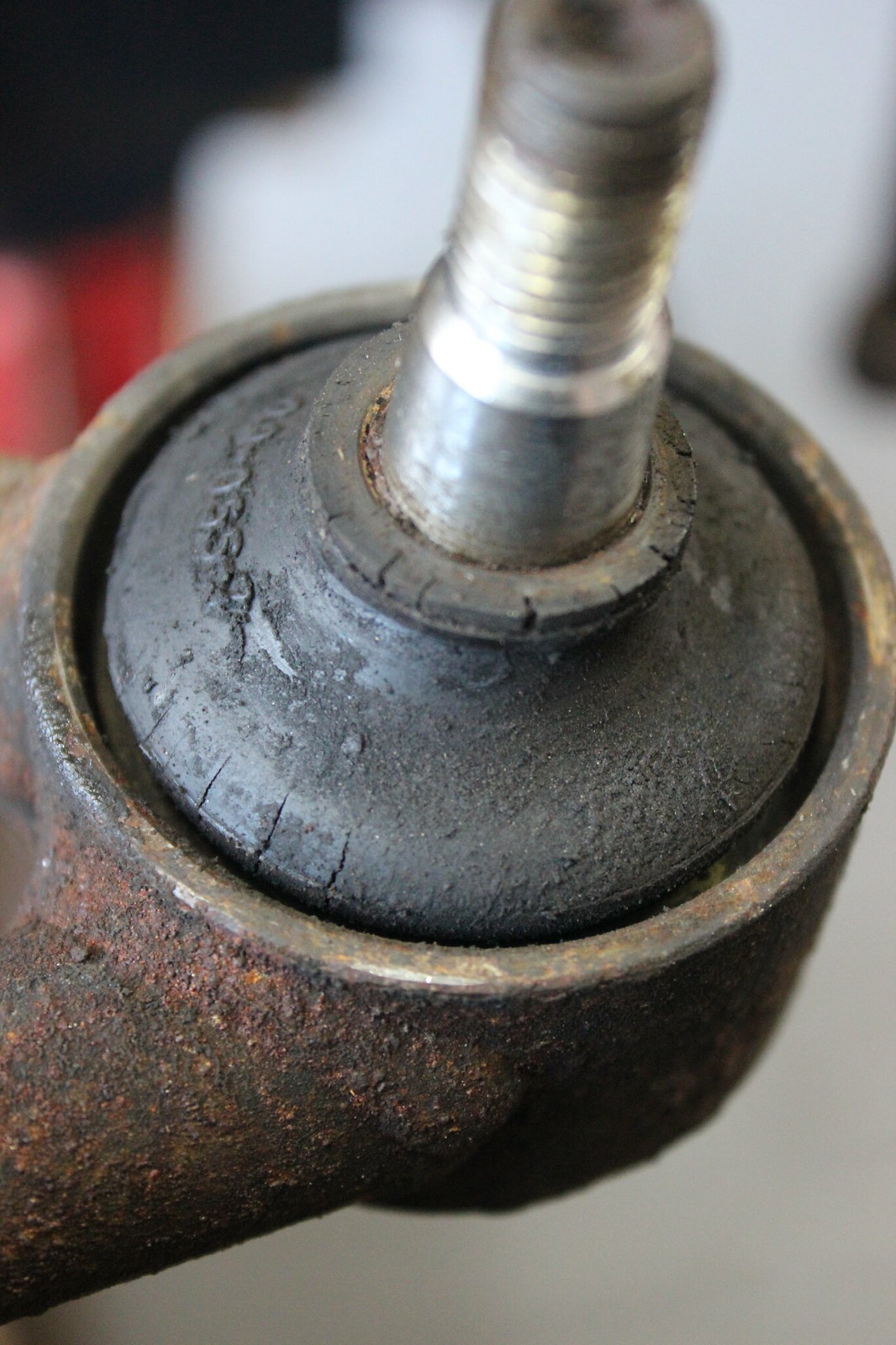 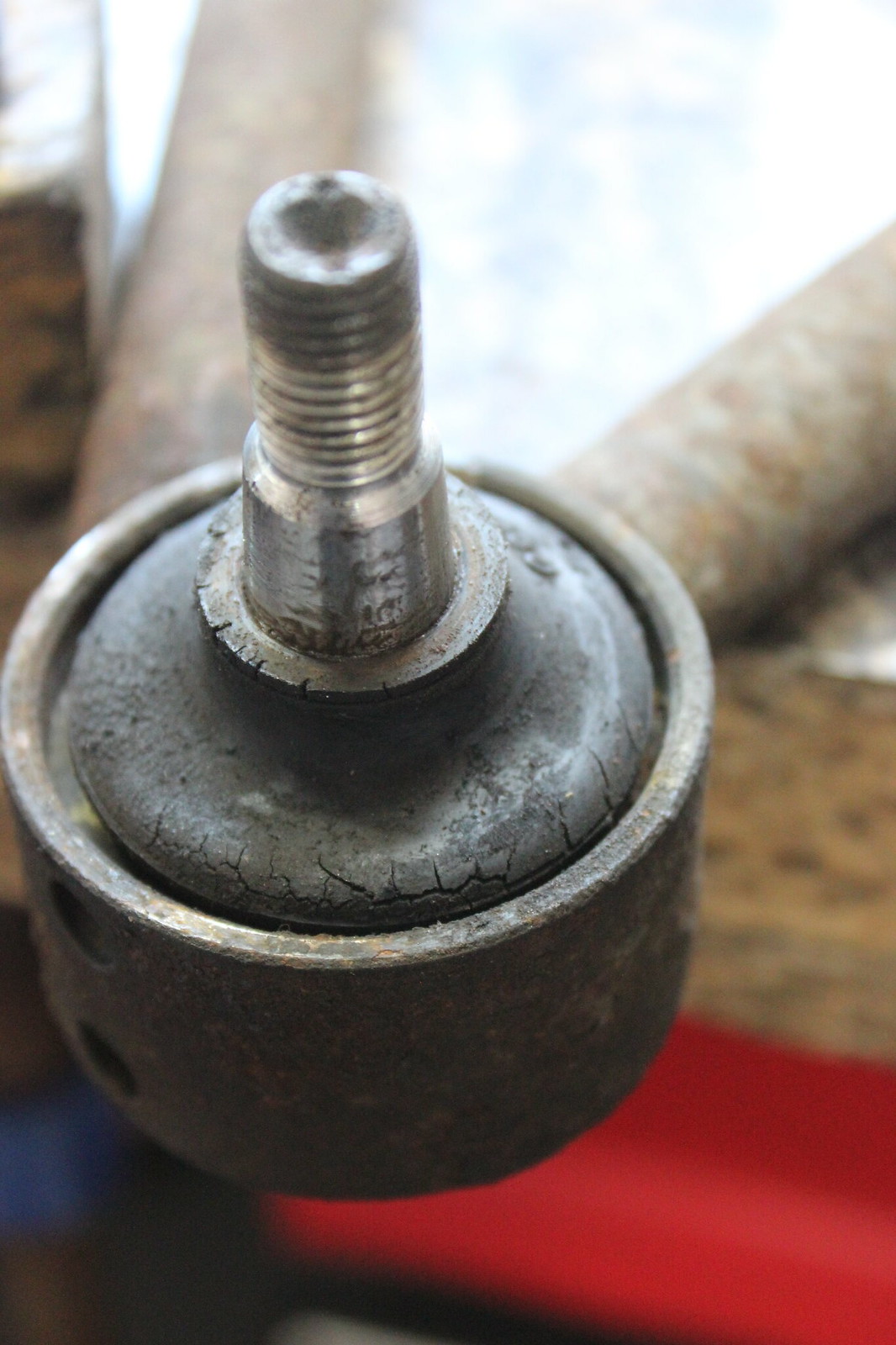 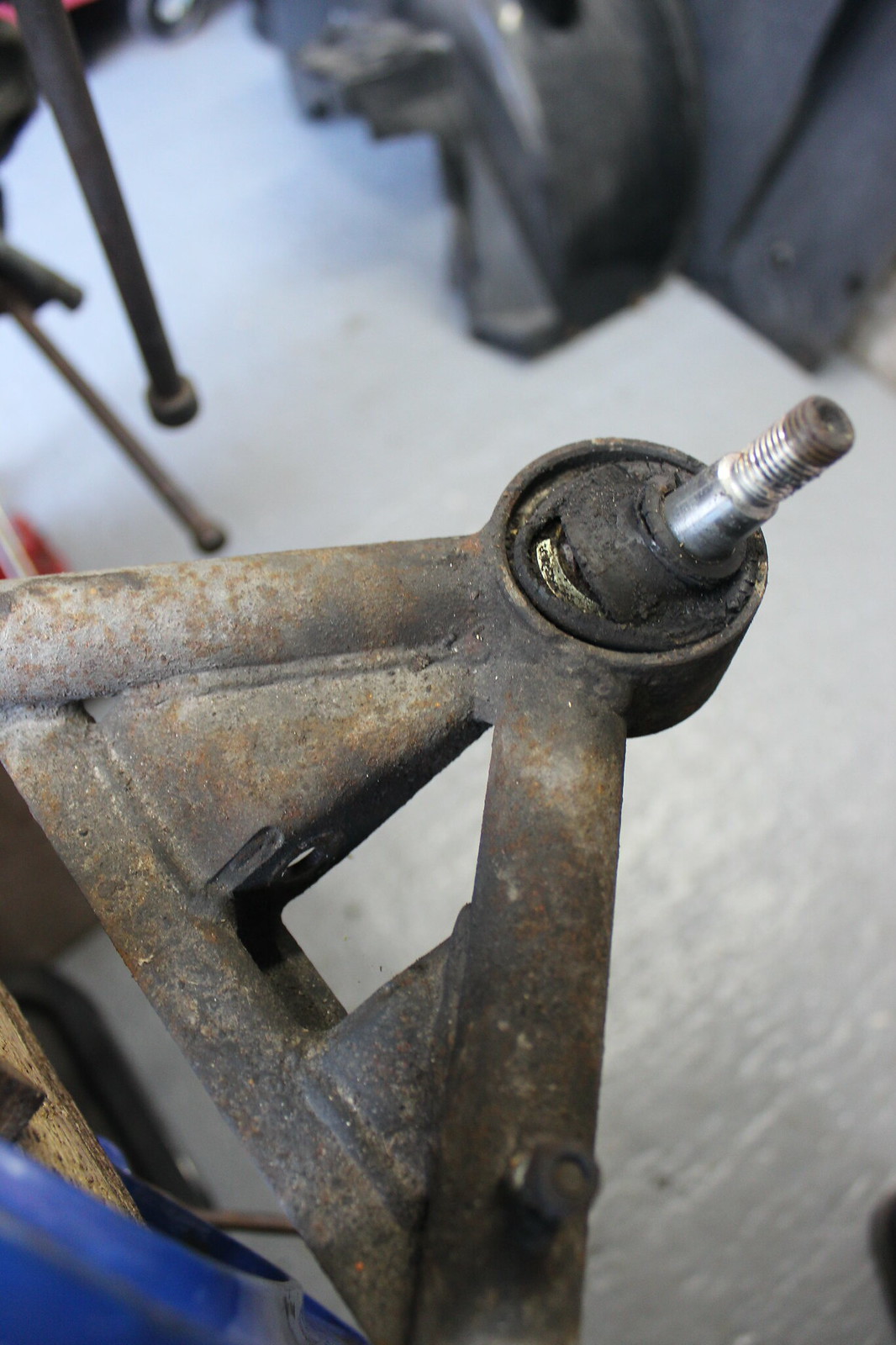 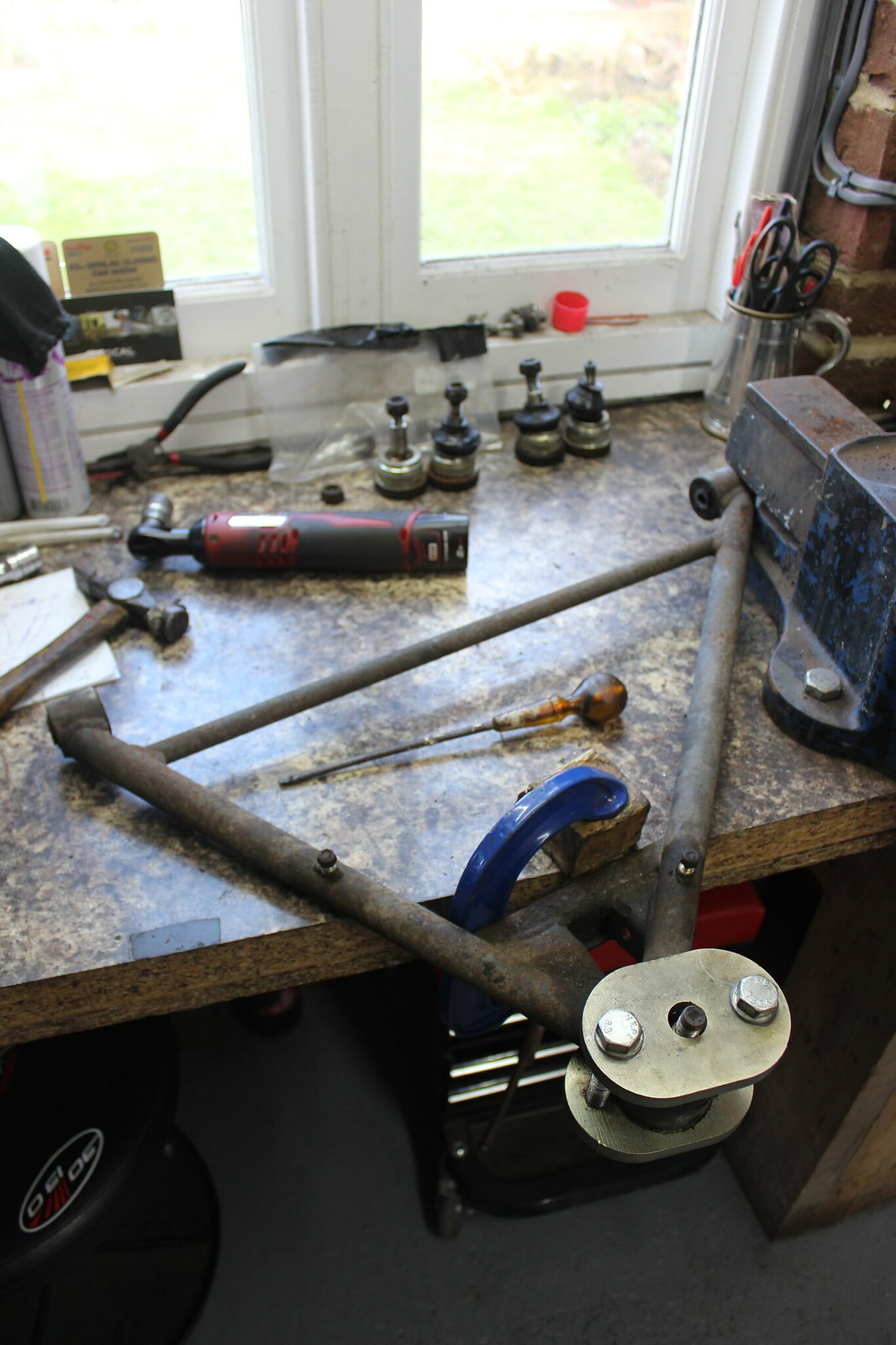 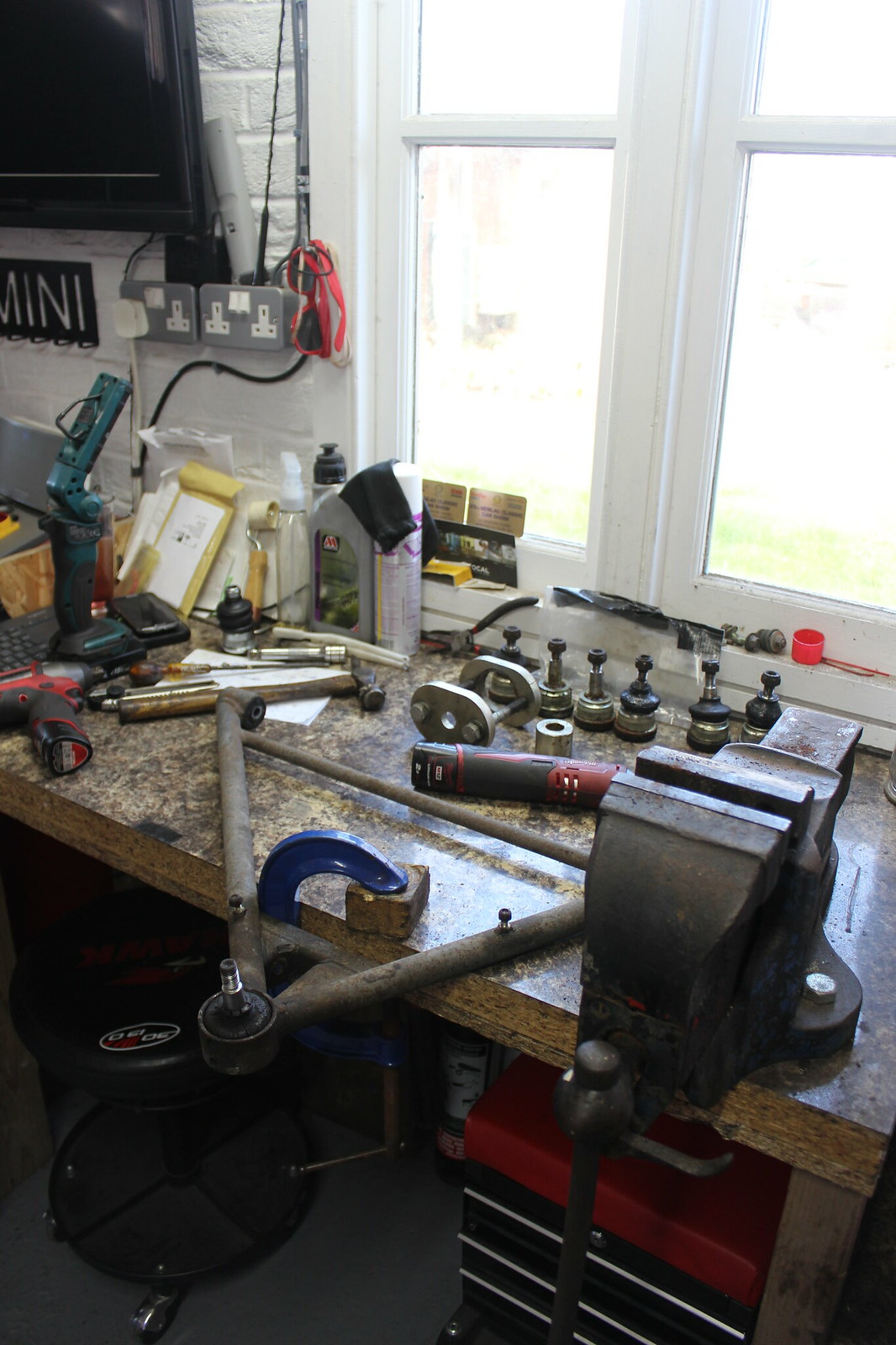 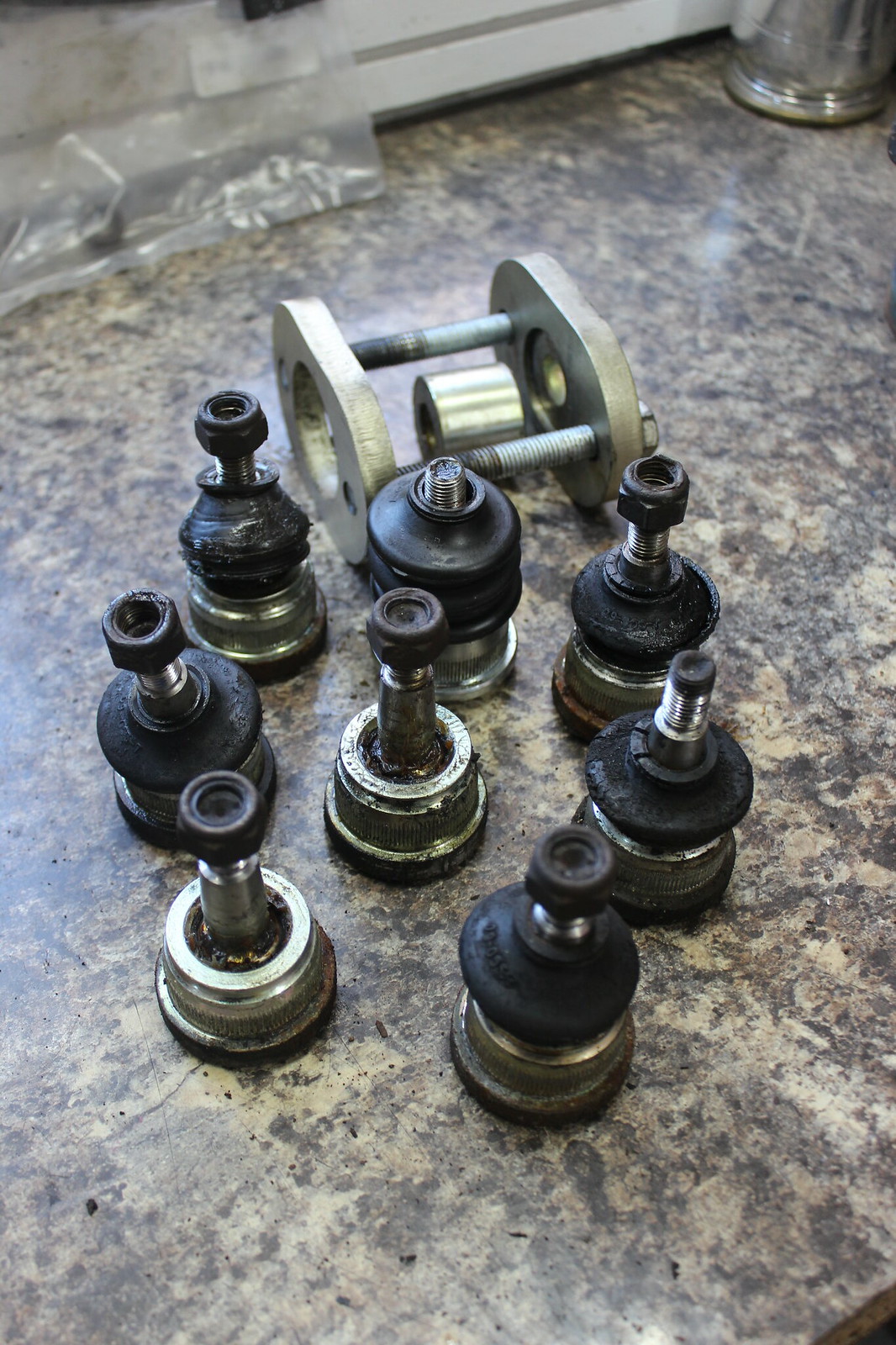 And finally on to removing the original rubber bushes. 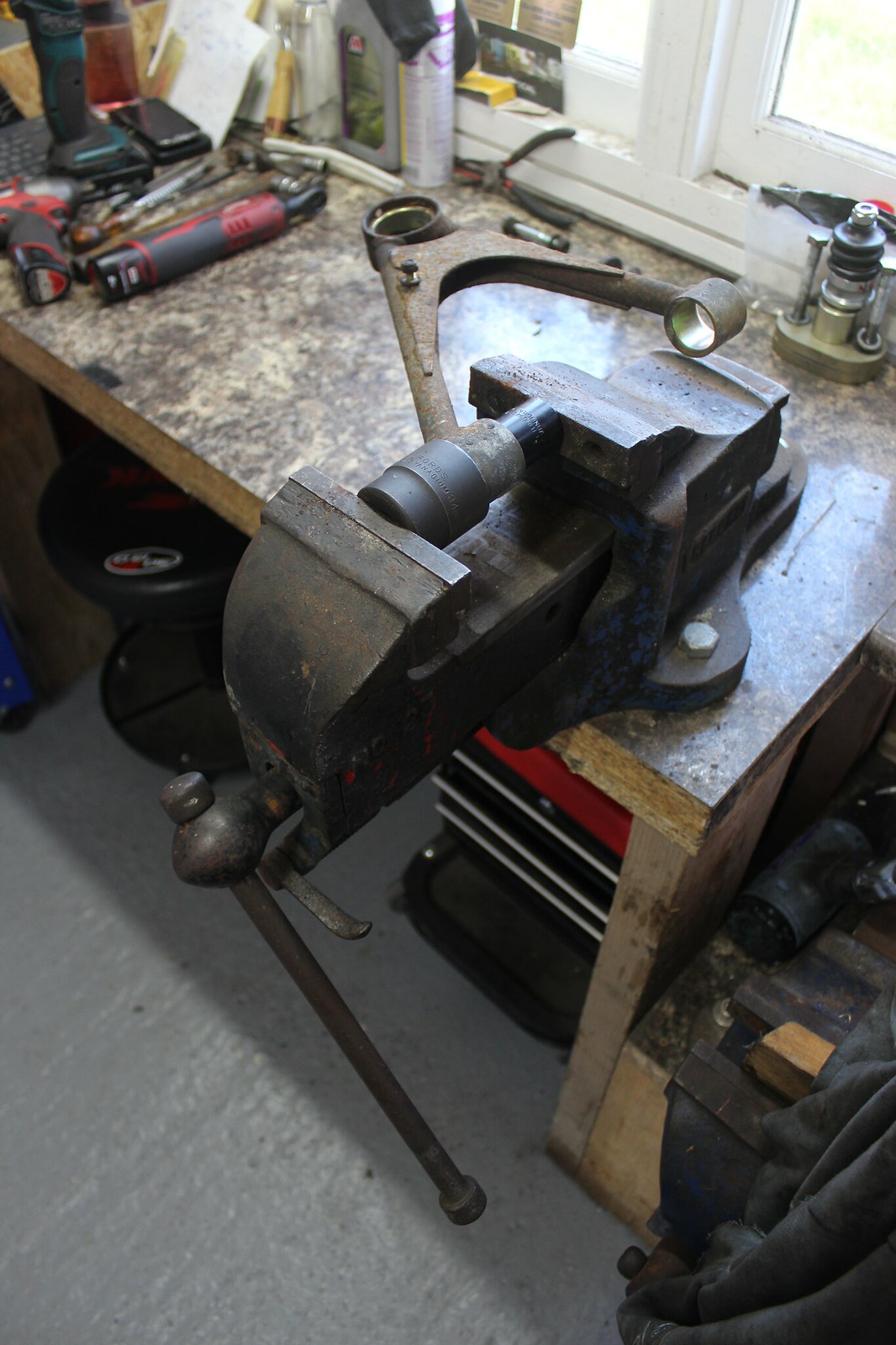 A decent vice and a couple of sockets the right size and they press out easily. 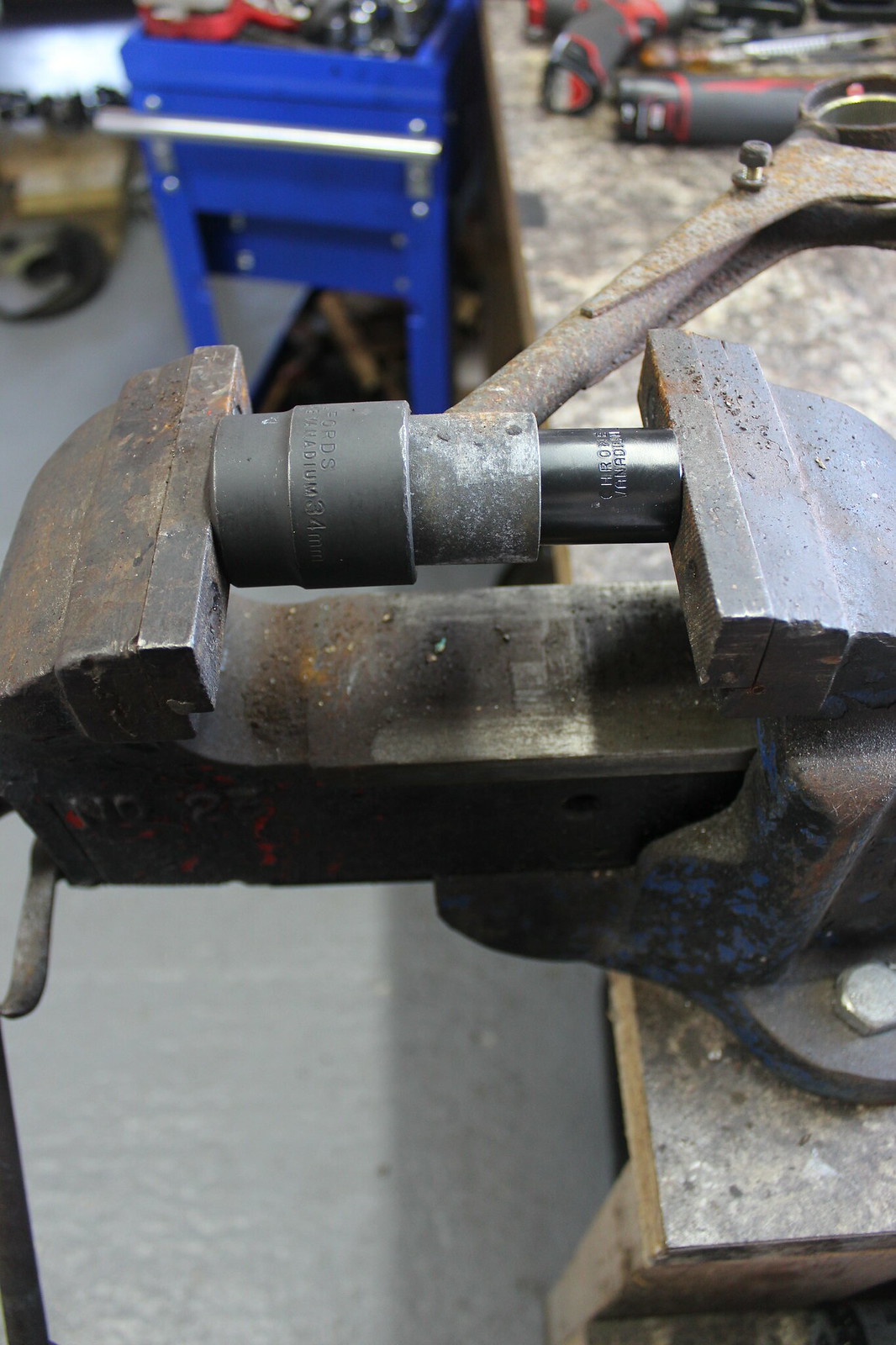 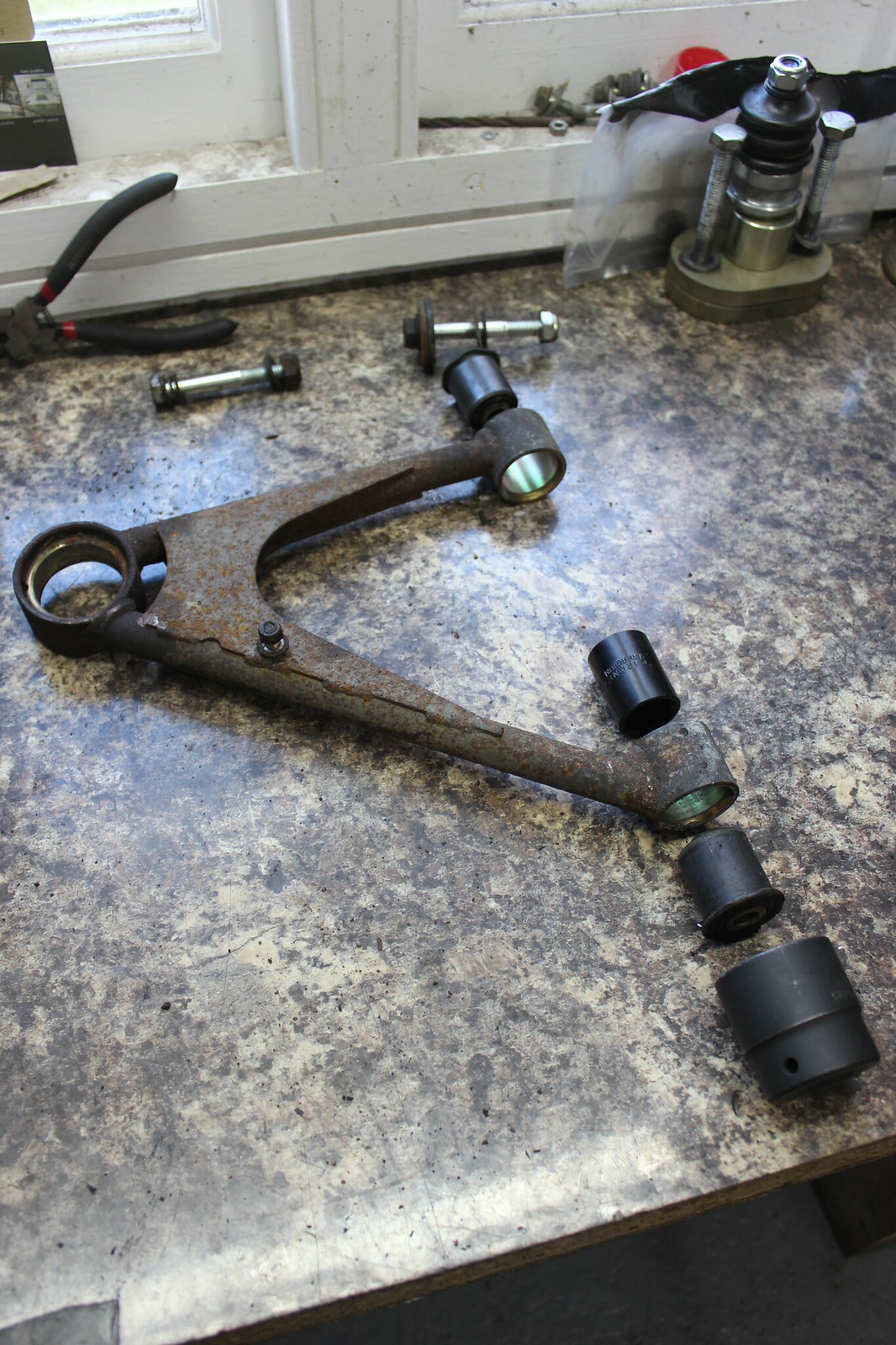 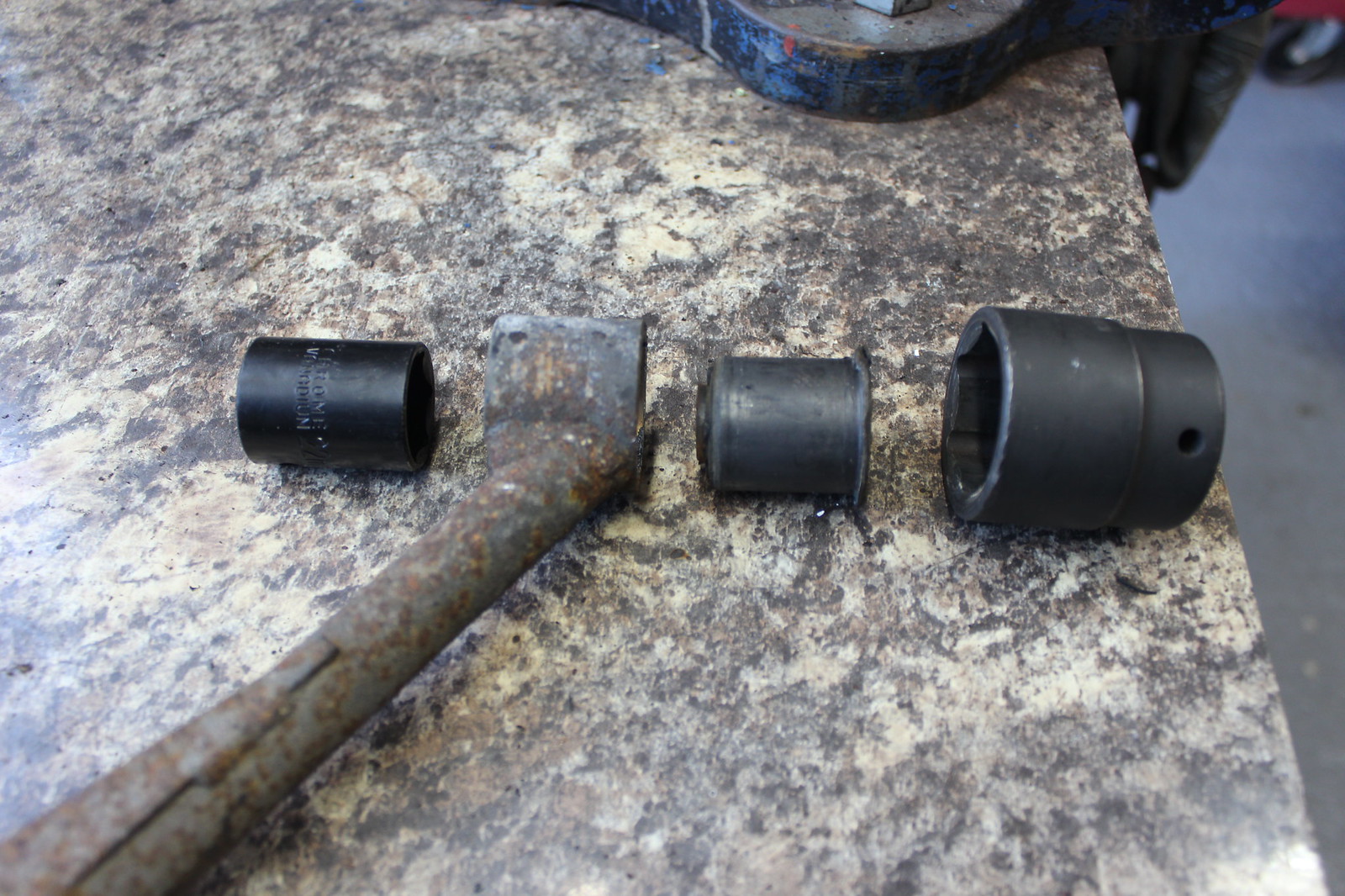 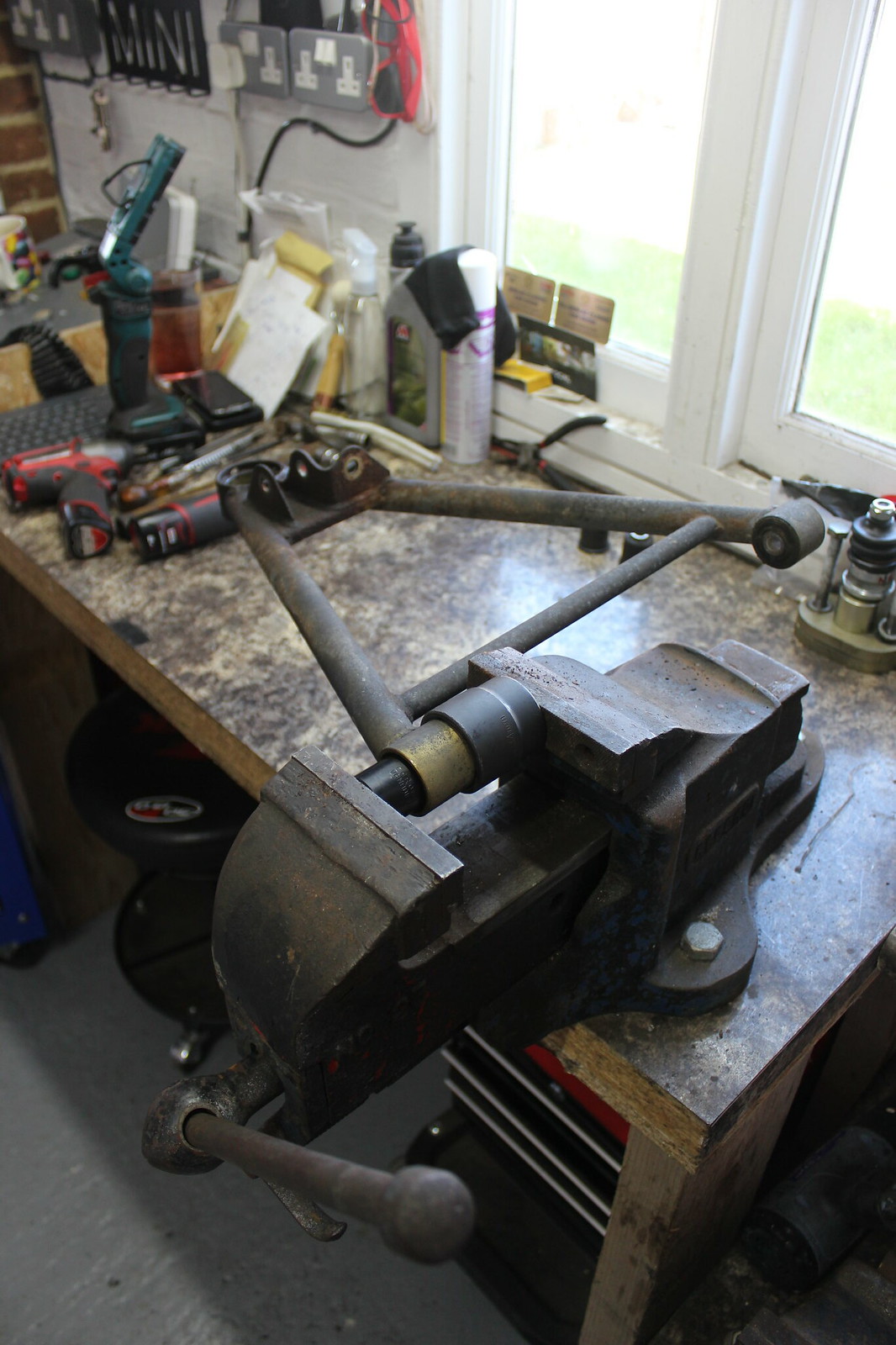 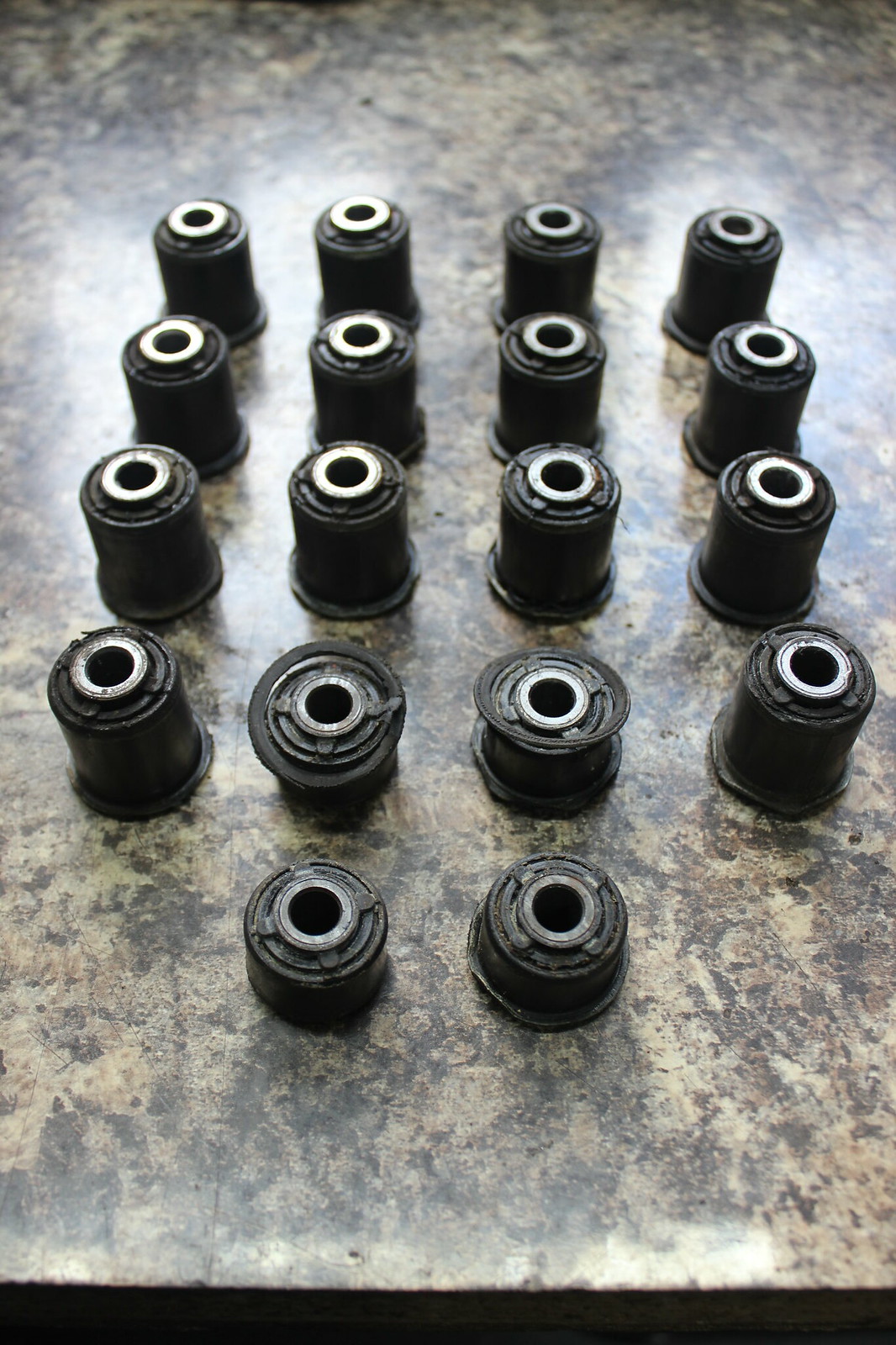 That’s the last of the dismantling of things. Still a long way from reassembly though.