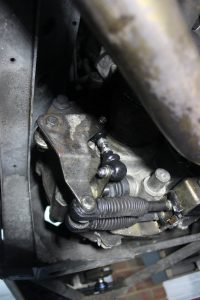 When I test drove the Elise before buying it, it was immediately obvious there was too much slack in the gear linkage. Having already done my research, I knew this would most likely be due to tired bushes in the linkage at the gearbox end. I also knew there are inexpensive kits available to replace the bushes so I wasn’t concerned.

During the Elise’s first inspection I had a quick look at the bushes and no surprise they were pretty sloppy.

As I was ordering various other parts from Elise Parts I got one of their gear linkage kits. 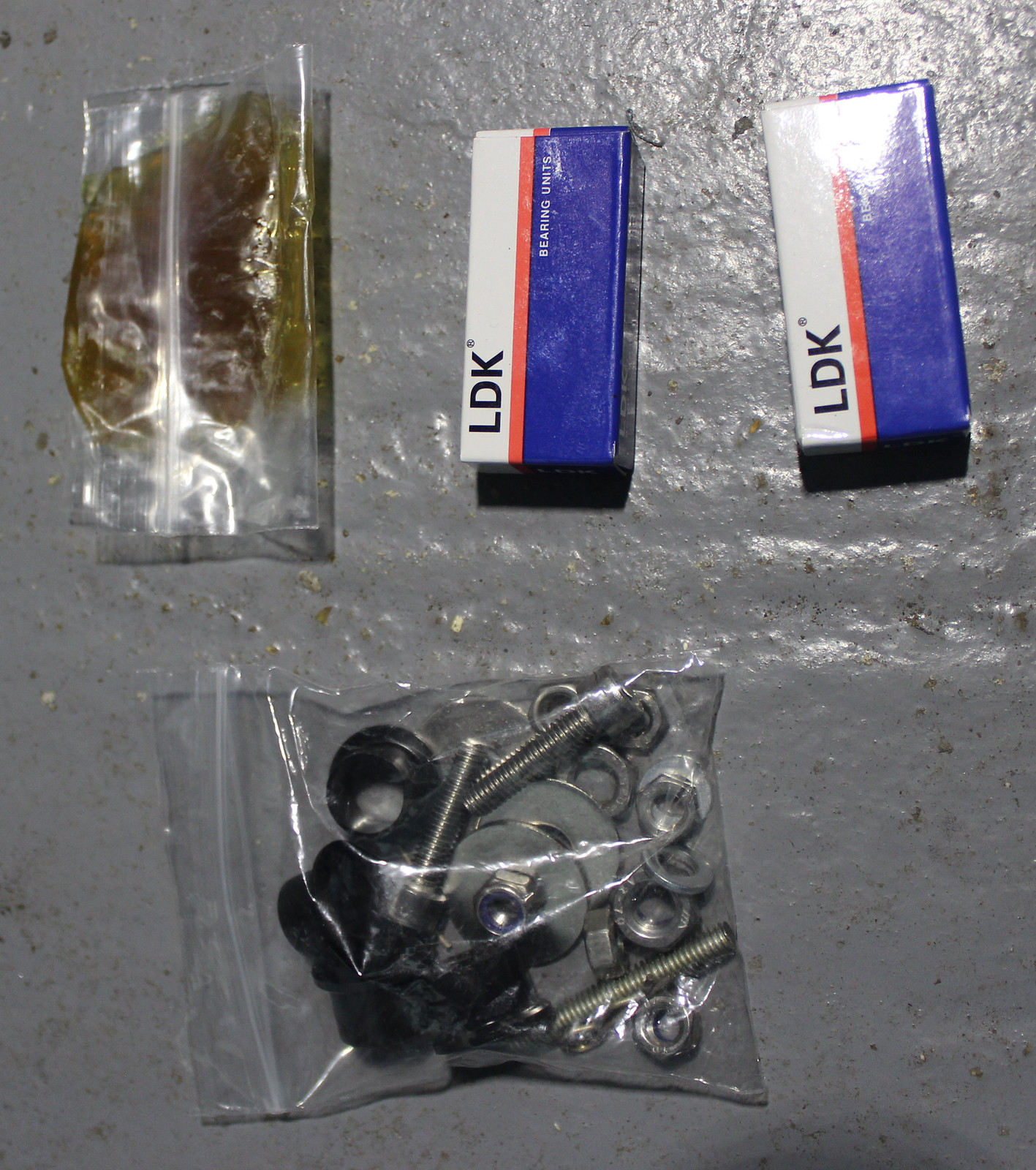 Started off by spraying some WD40 penetrating oil over everything. 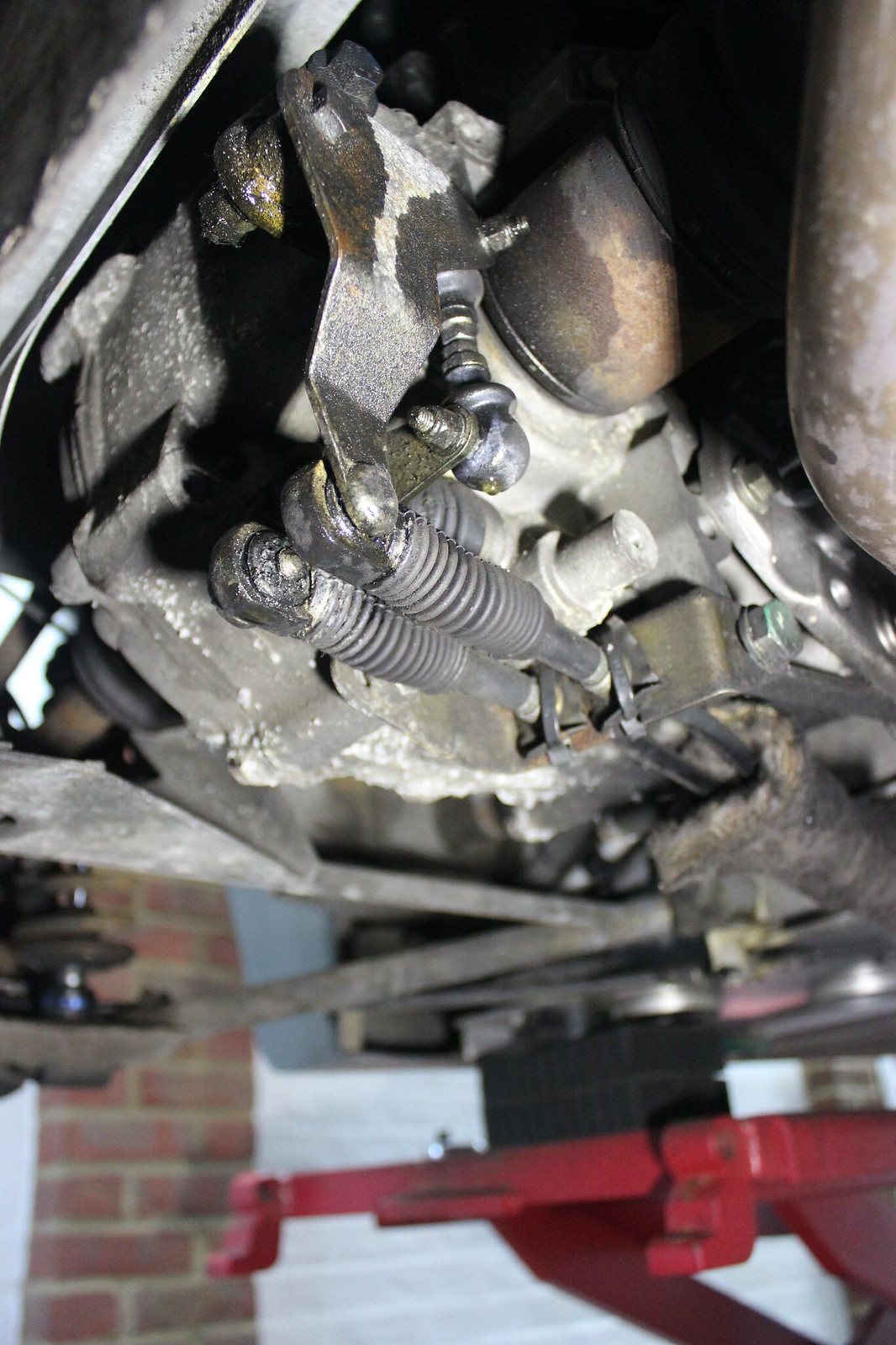 Then levered off the cables from the levers and fought the sloppy rubber bushes out with a screwdriver. 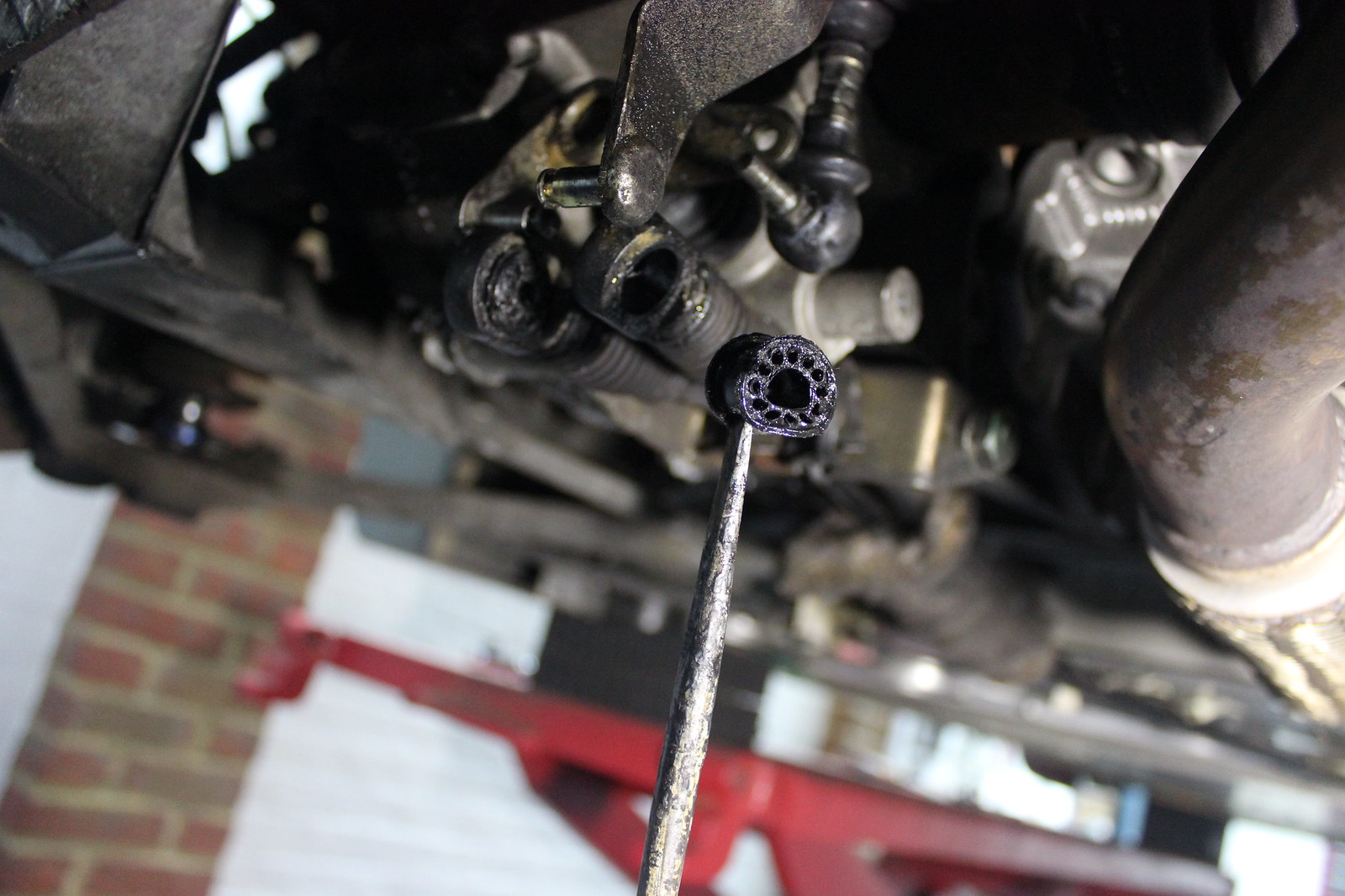 Next I removed the large lever from it’s pivot to remove the vertical part of the linkage with spherical bearing rod ends and rubber boots at each end. 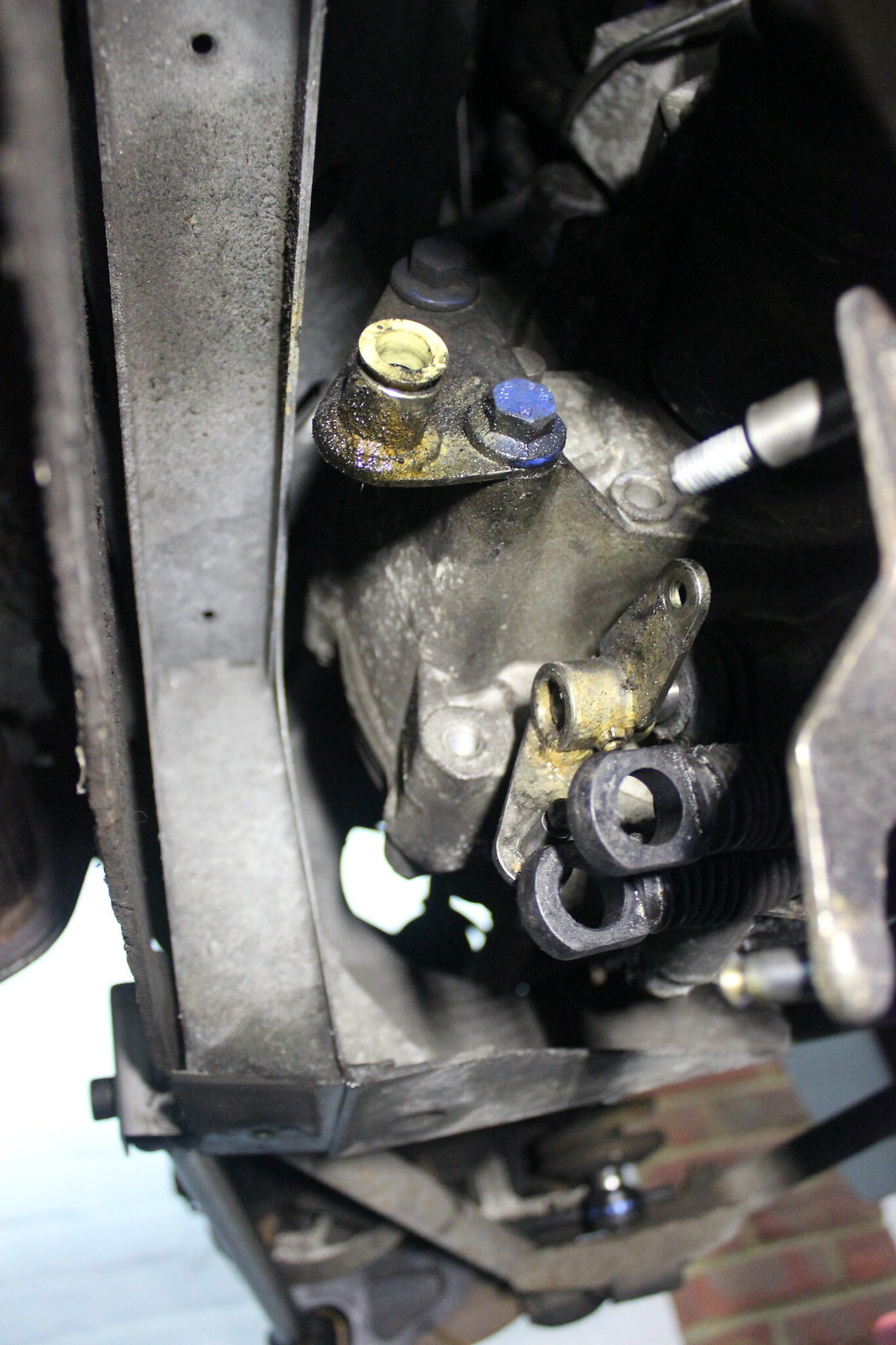 With all the old parts removed I pressed the new bushes onto the linkage arms. I used a G-clamp and the old bush to press them on with a good coating of the grease provided in the kit. 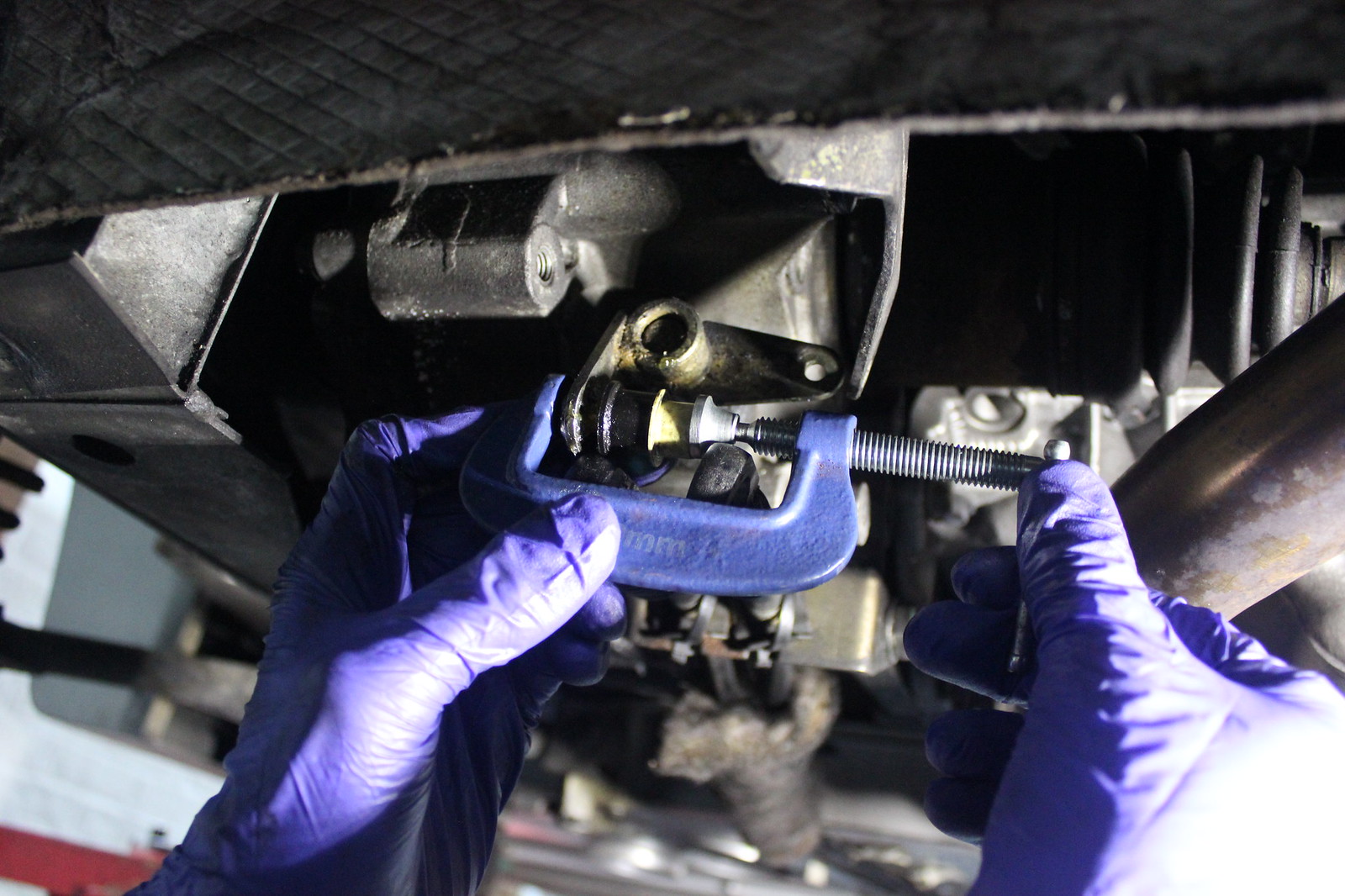 With the bushes pressed on I used the same method but with a ring spanner to press the cable ends over the new bushes. 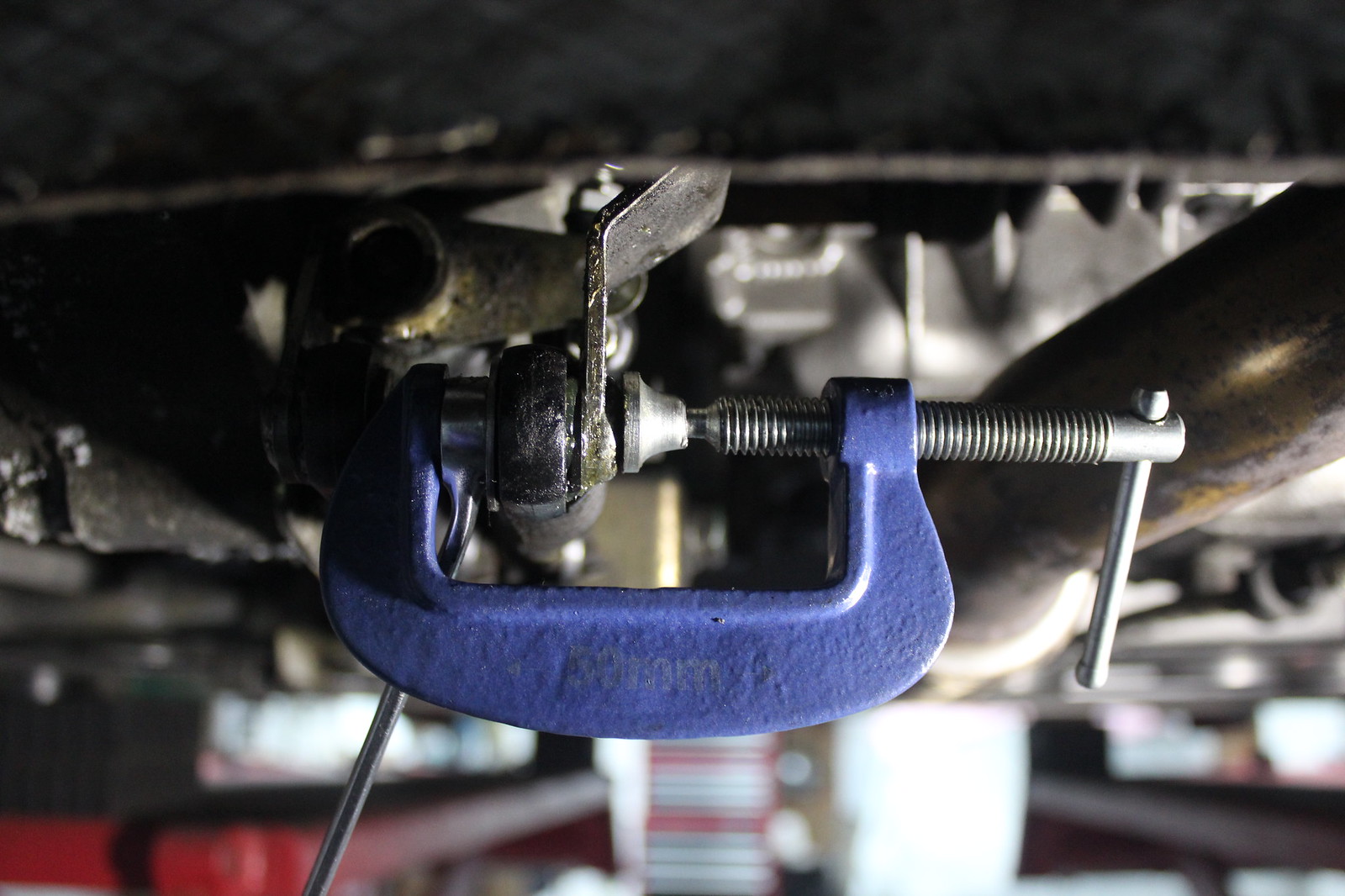 I assembled the vertical linkage section, with the new spherical bearing rod ends provided in the kit, to match the length of what I removed. The kit didn’t come with any boots for the spherical bearings so I fitted the ones that were on the old rod ends. 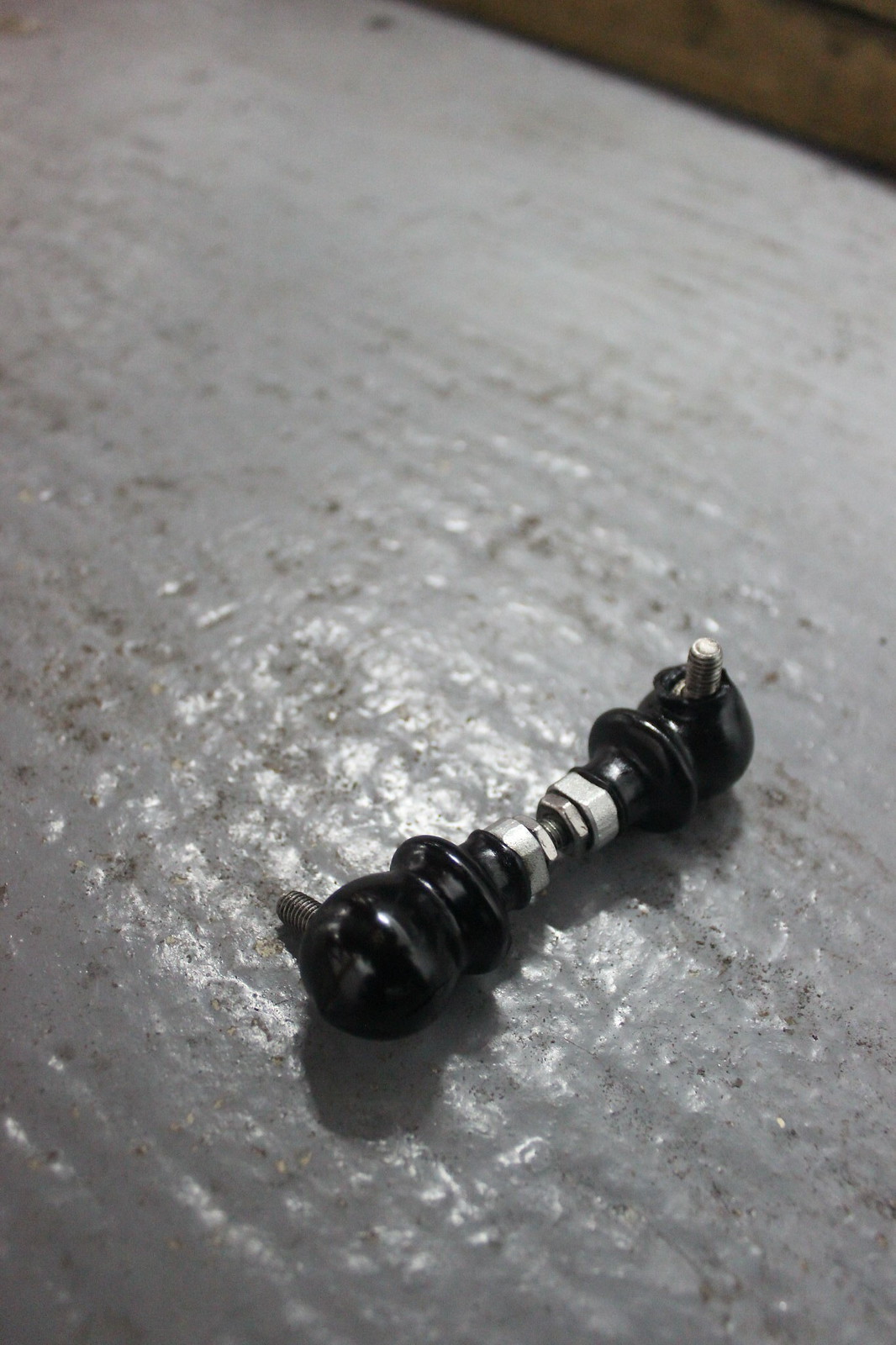 Everything fitted back up now with no play in any of the linkage. 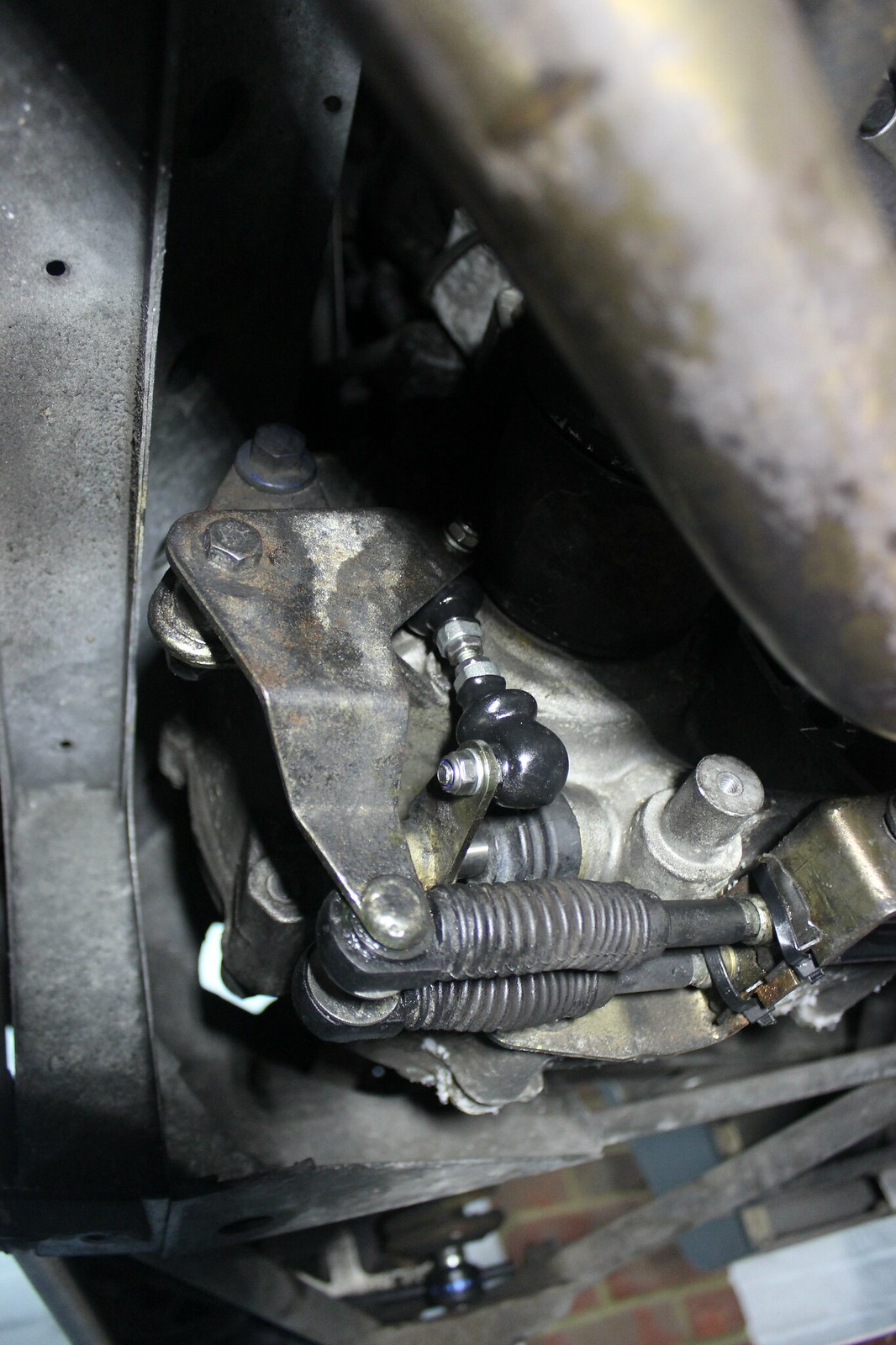 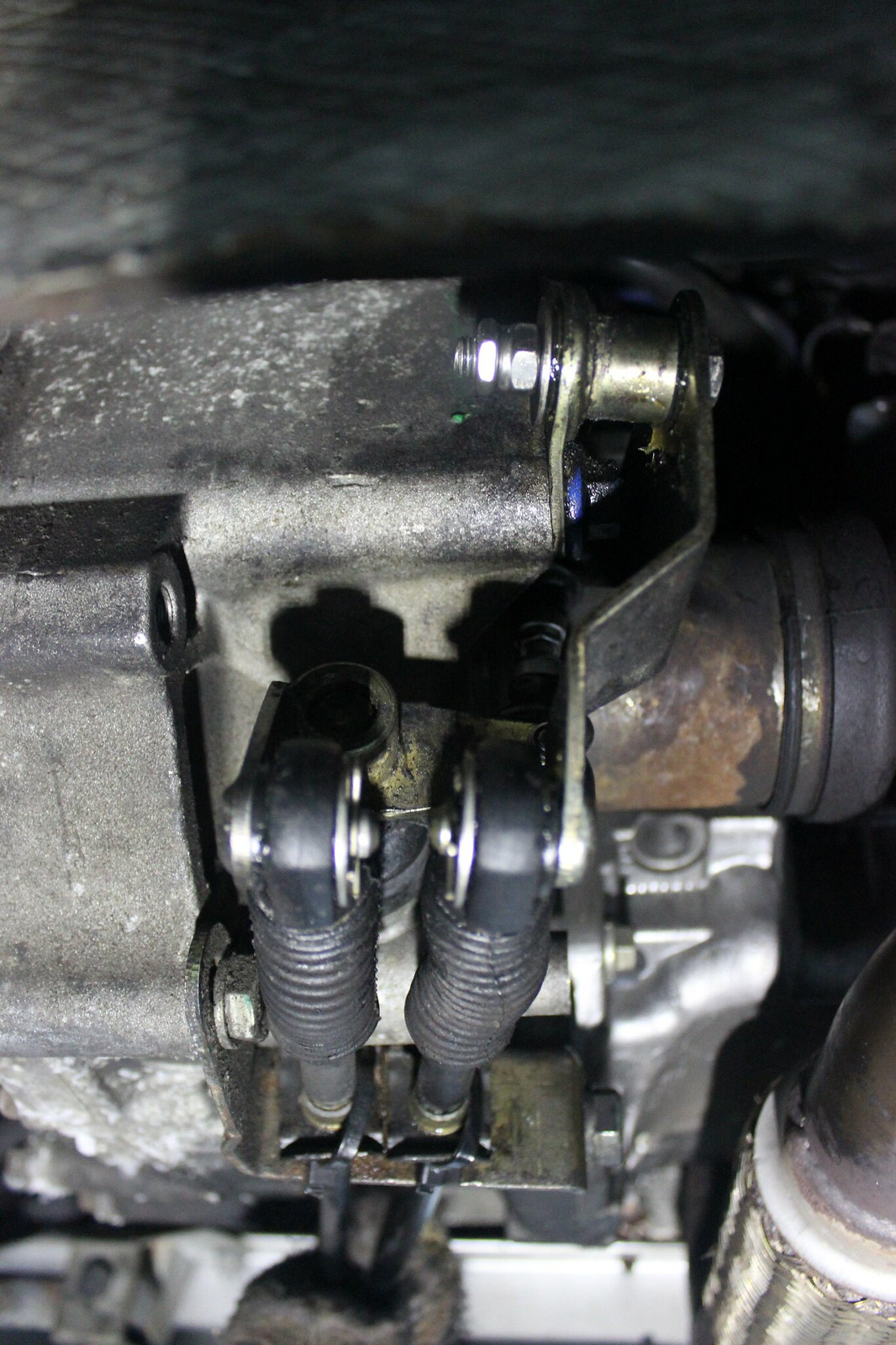 Gear changes feel much better now. There is still a little play at the gear stick but I know that if that bothers me or gets too bad I can focus my attention at the gearstick end as it’s all fine at the gearbox end, externally at least.