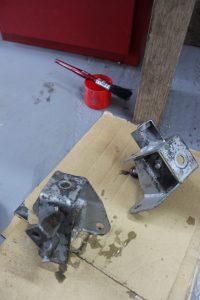 The POR15 treatment went pretty well on the wishbones and various other parts of the running gear so I thought I’d go over a few other parts on the car.

Firstly, I should have removed these lower rear wishbone brackets and put them through the whole process with all the other parts I’d removed. No problem though. 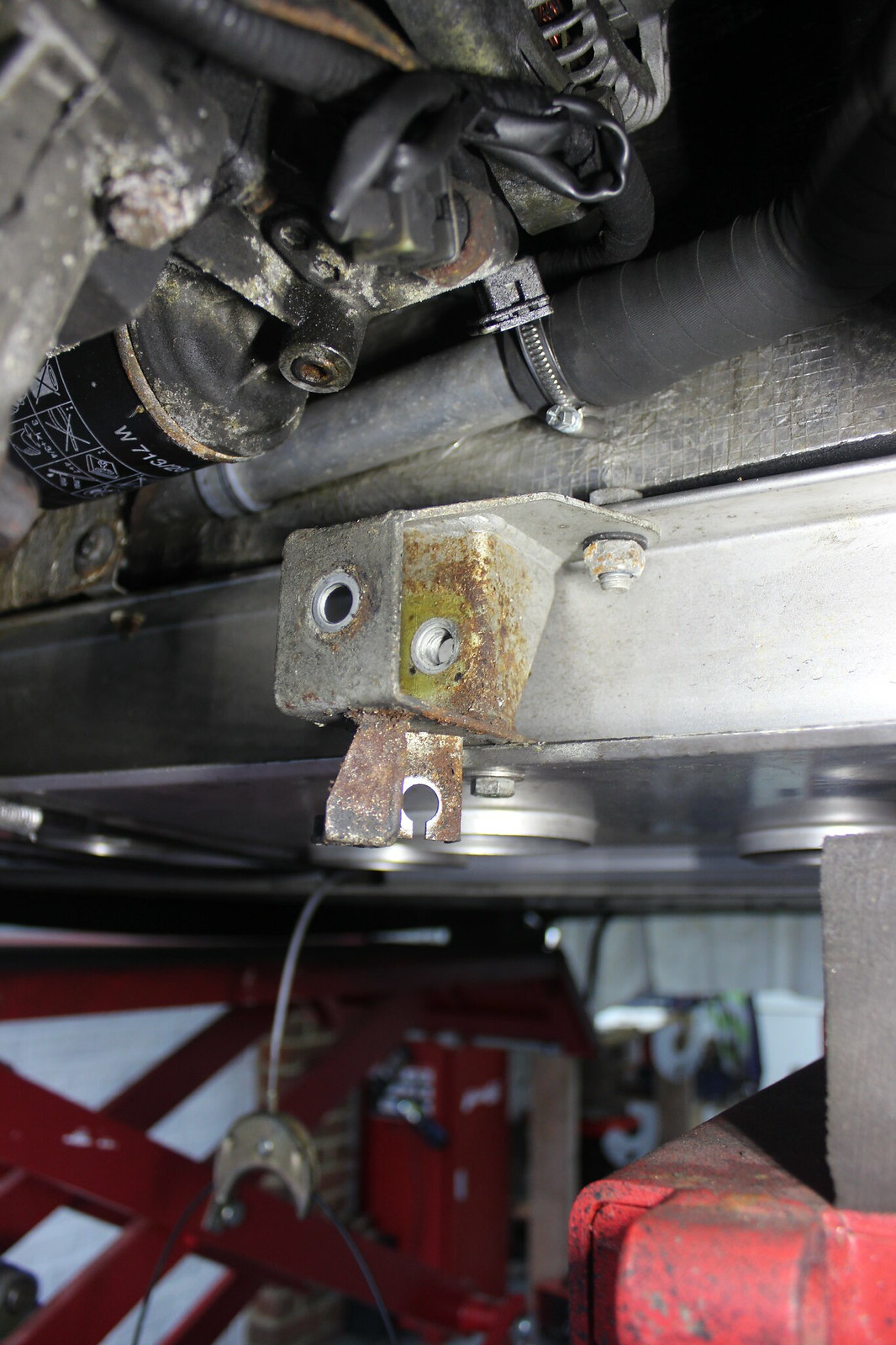 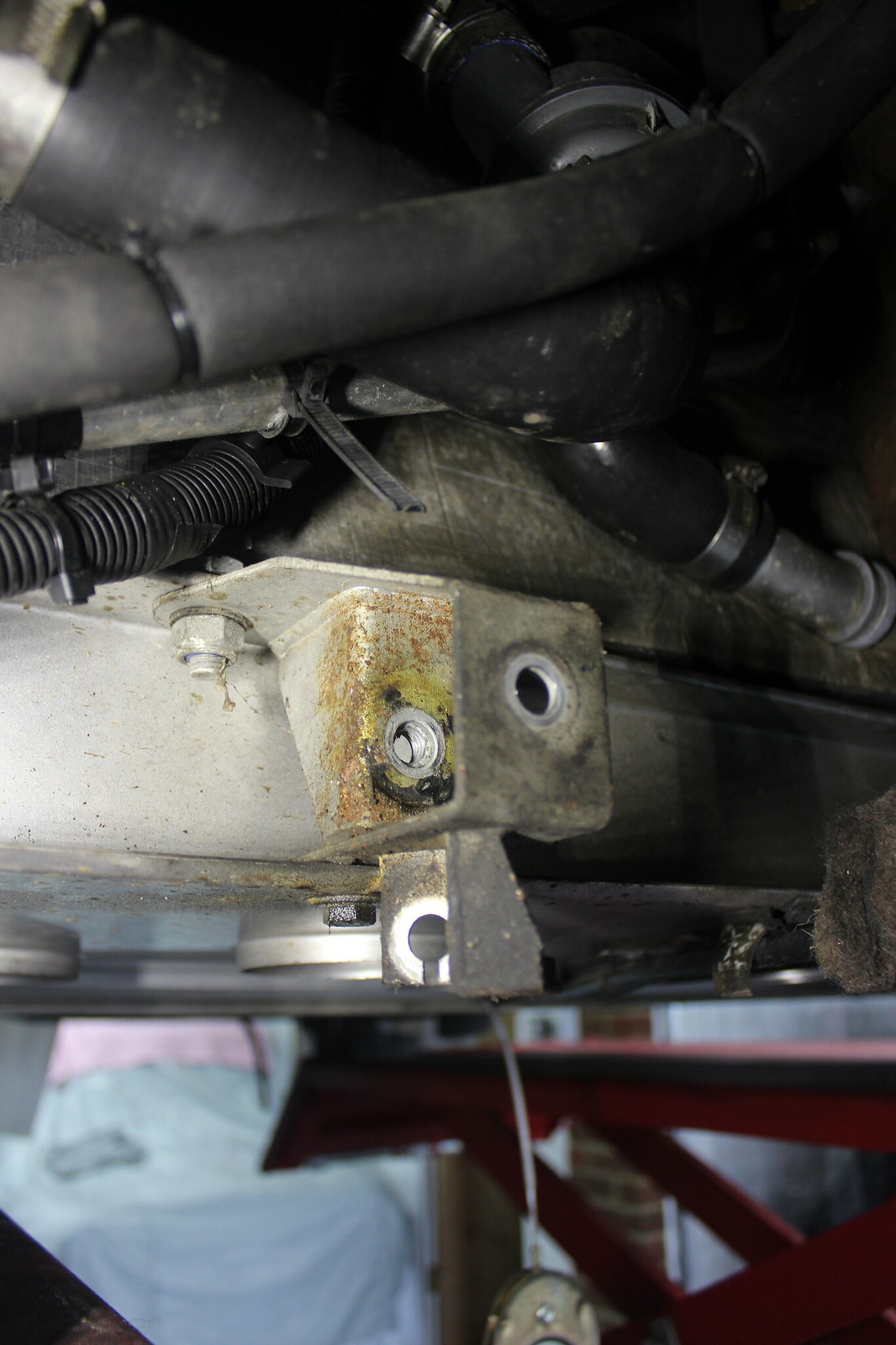 After a clean and wire brush. Some Metal Prep on. 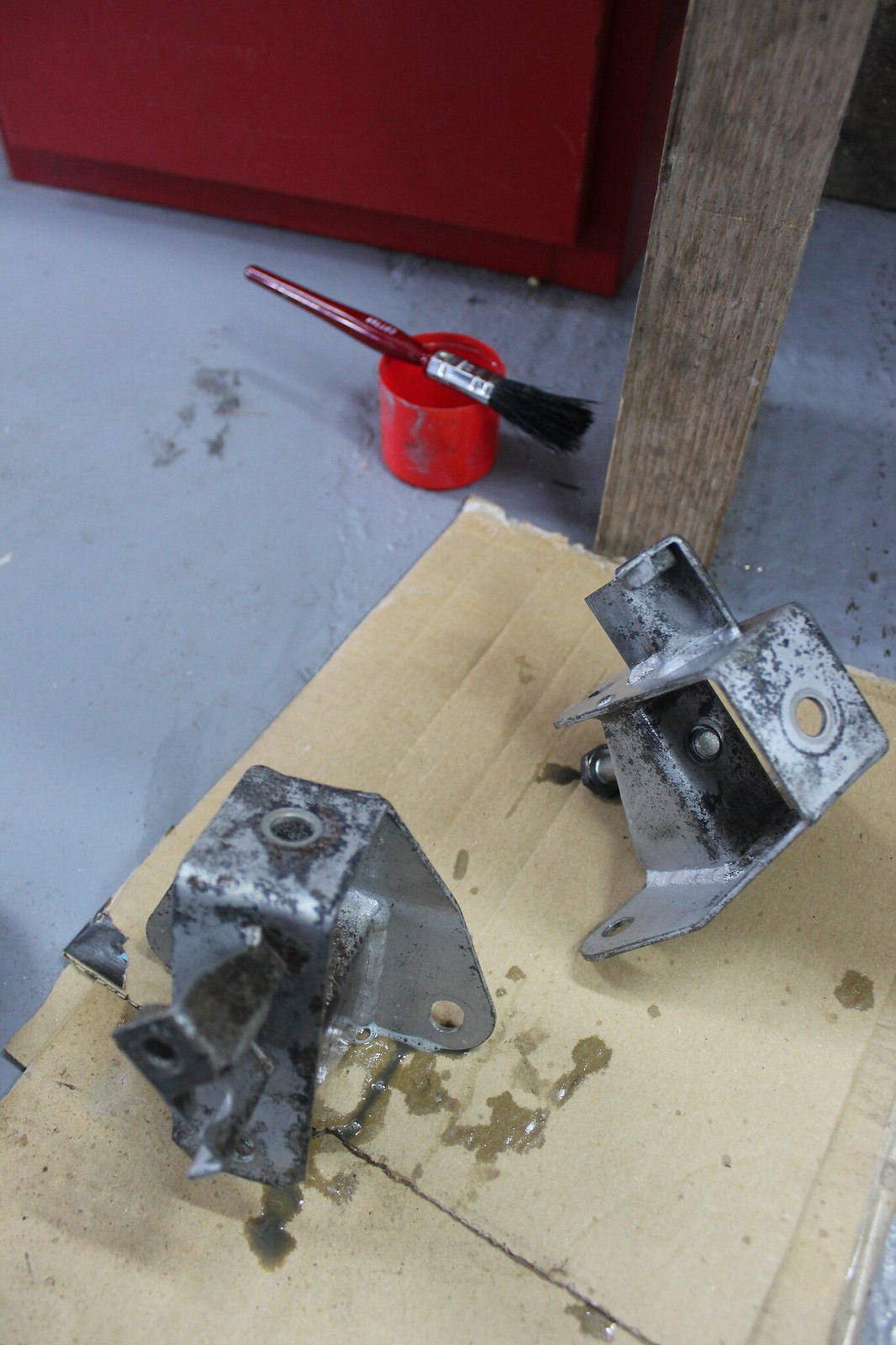 A while down the line but painted and back on the car here. 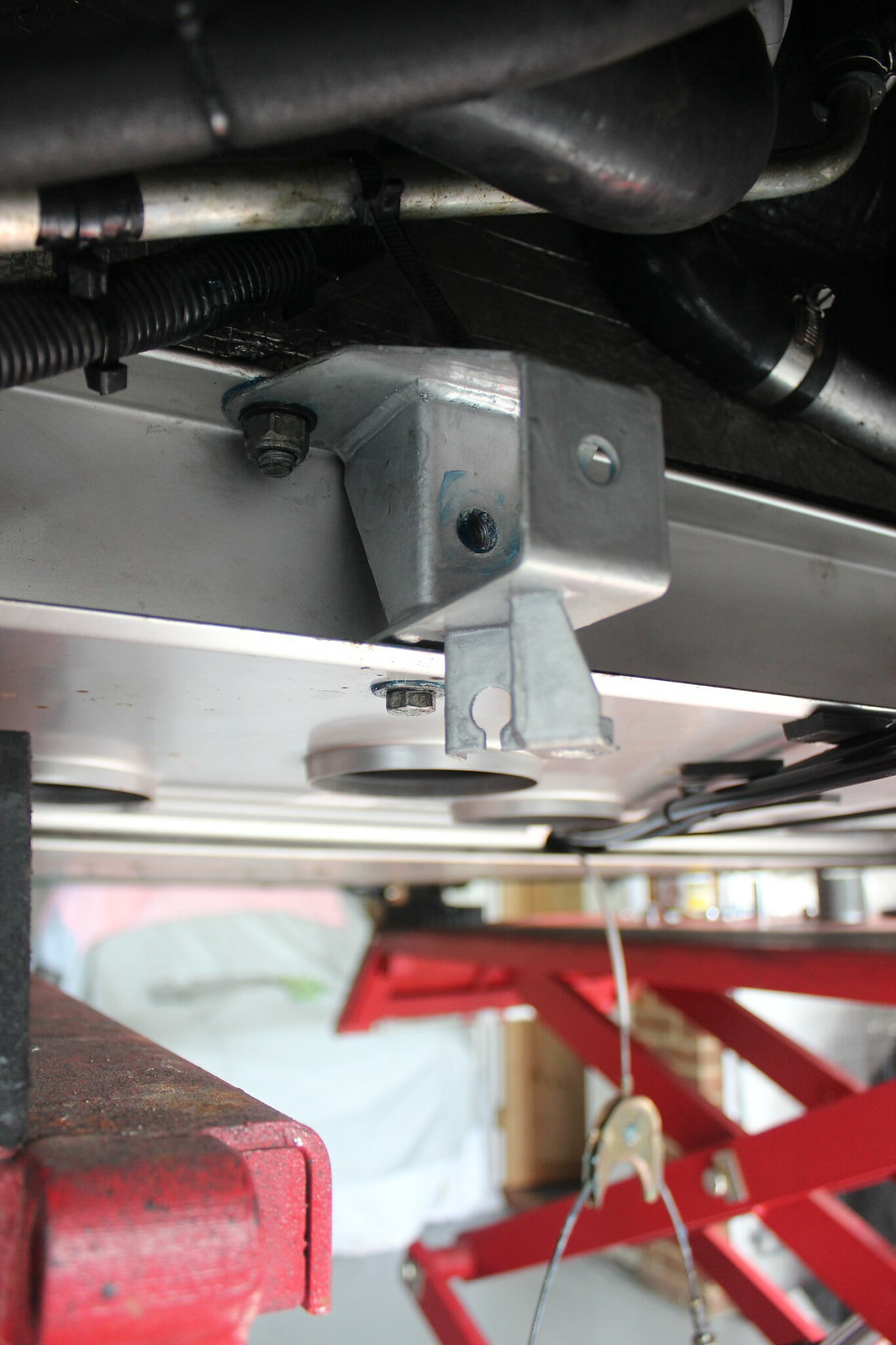 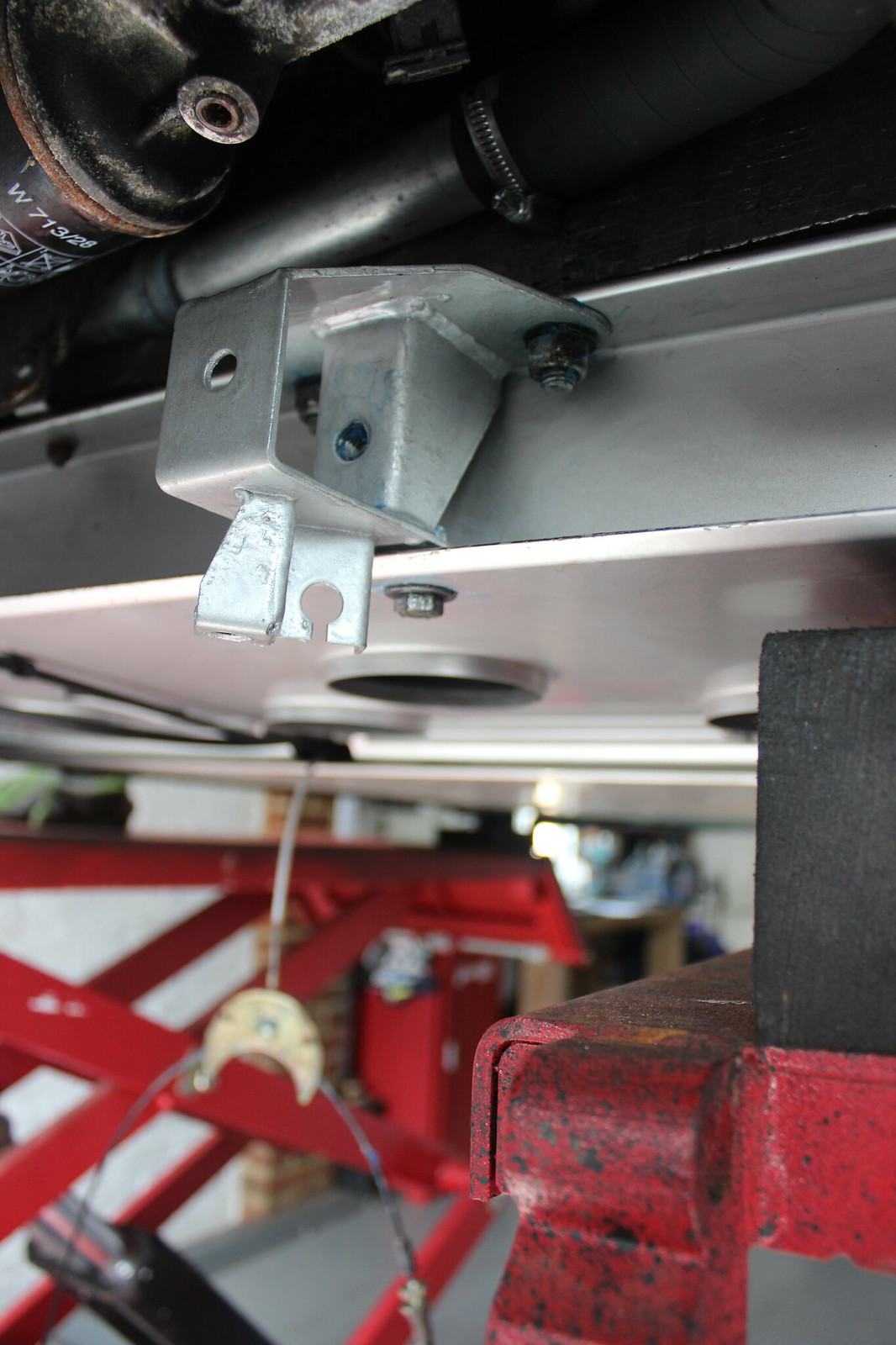 The outer CV’s and drive shafts were looking pretty ropey. I could have dismantled them too but I had to draw the line somewhere, else I’d have ended up with the entire car in pieces and not got it back on the road until summer 2019! 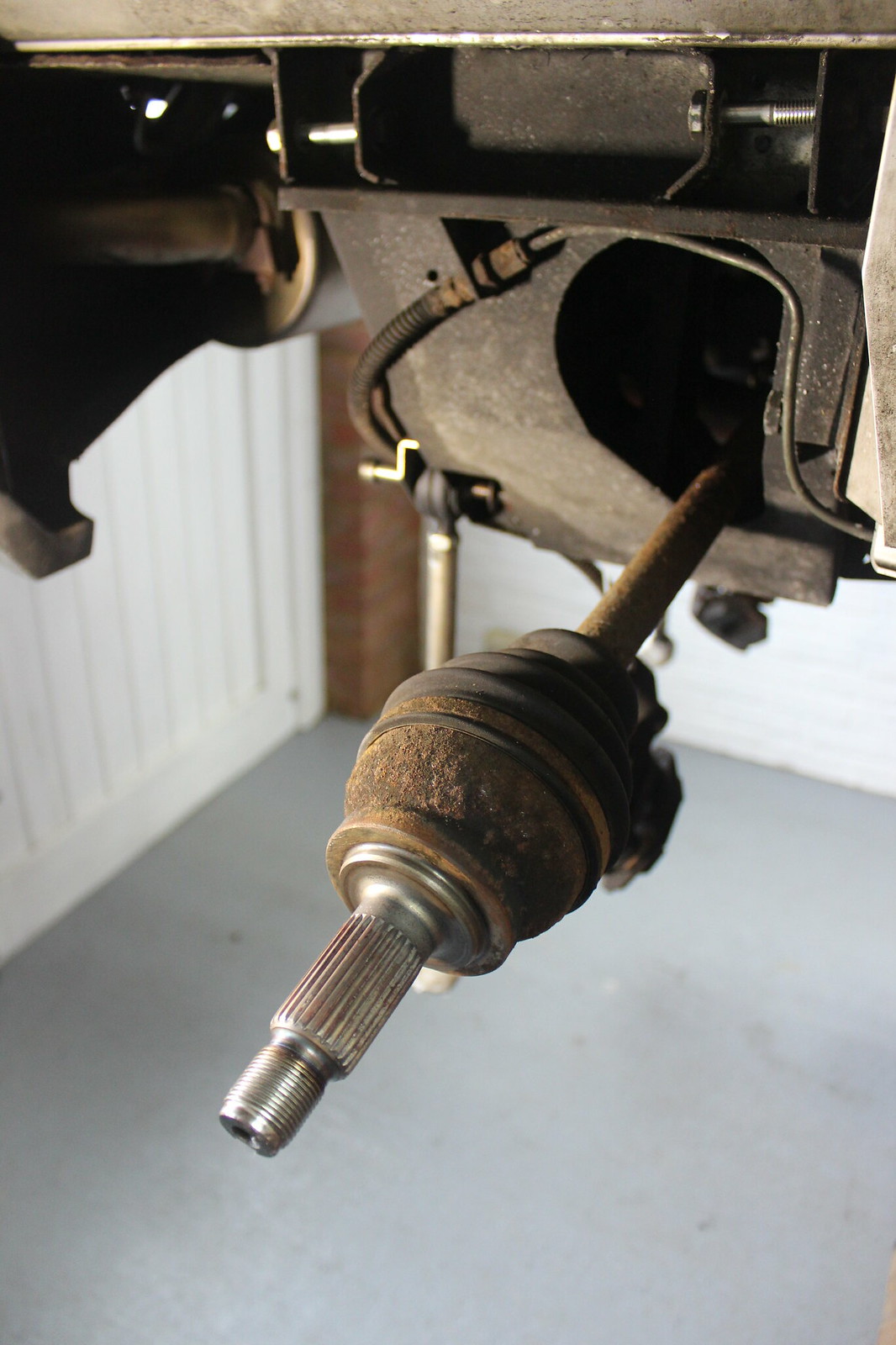 They cleaned up fine with a wire brush, ready for the POR15 treatment. 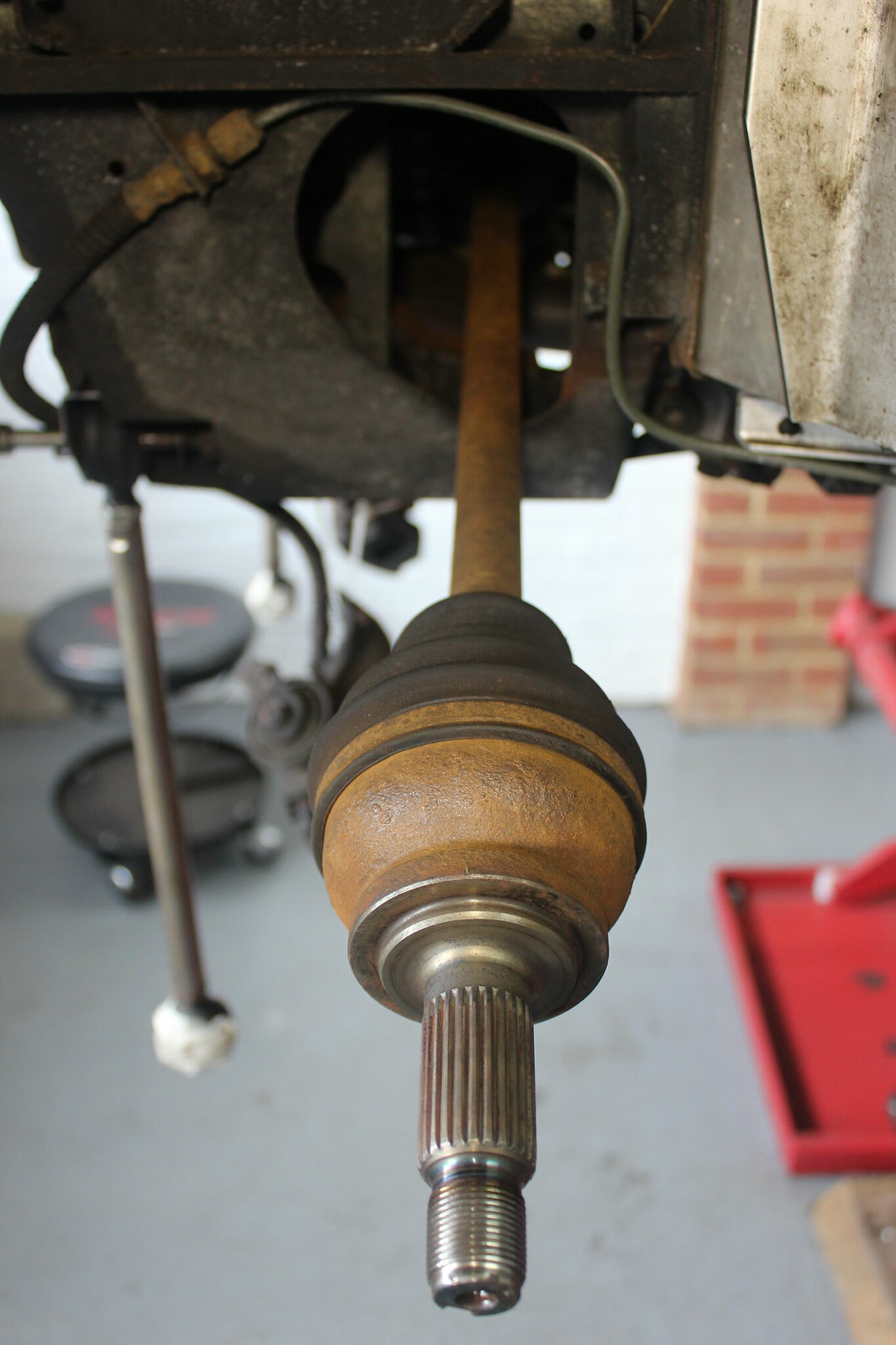 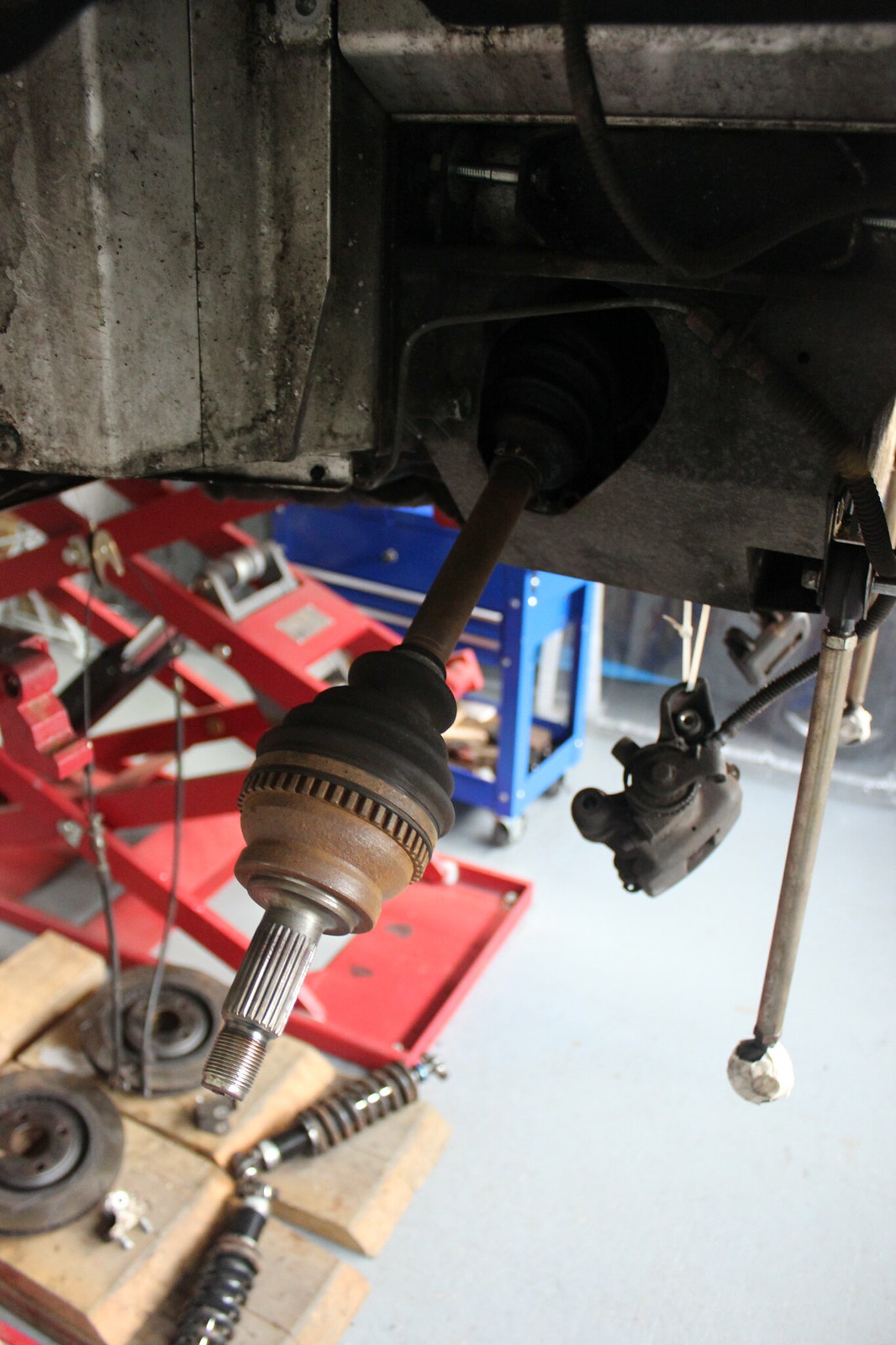 While I was here I gave the brake lines a good look over as I’d read they can suffer with corrosion. I was half expecting to need to replace them as the car is 20 years old but after a close look I could see they were fine which was nice as replacing them requires the fuel tank to be removed which doesn’t sound like a fun job. 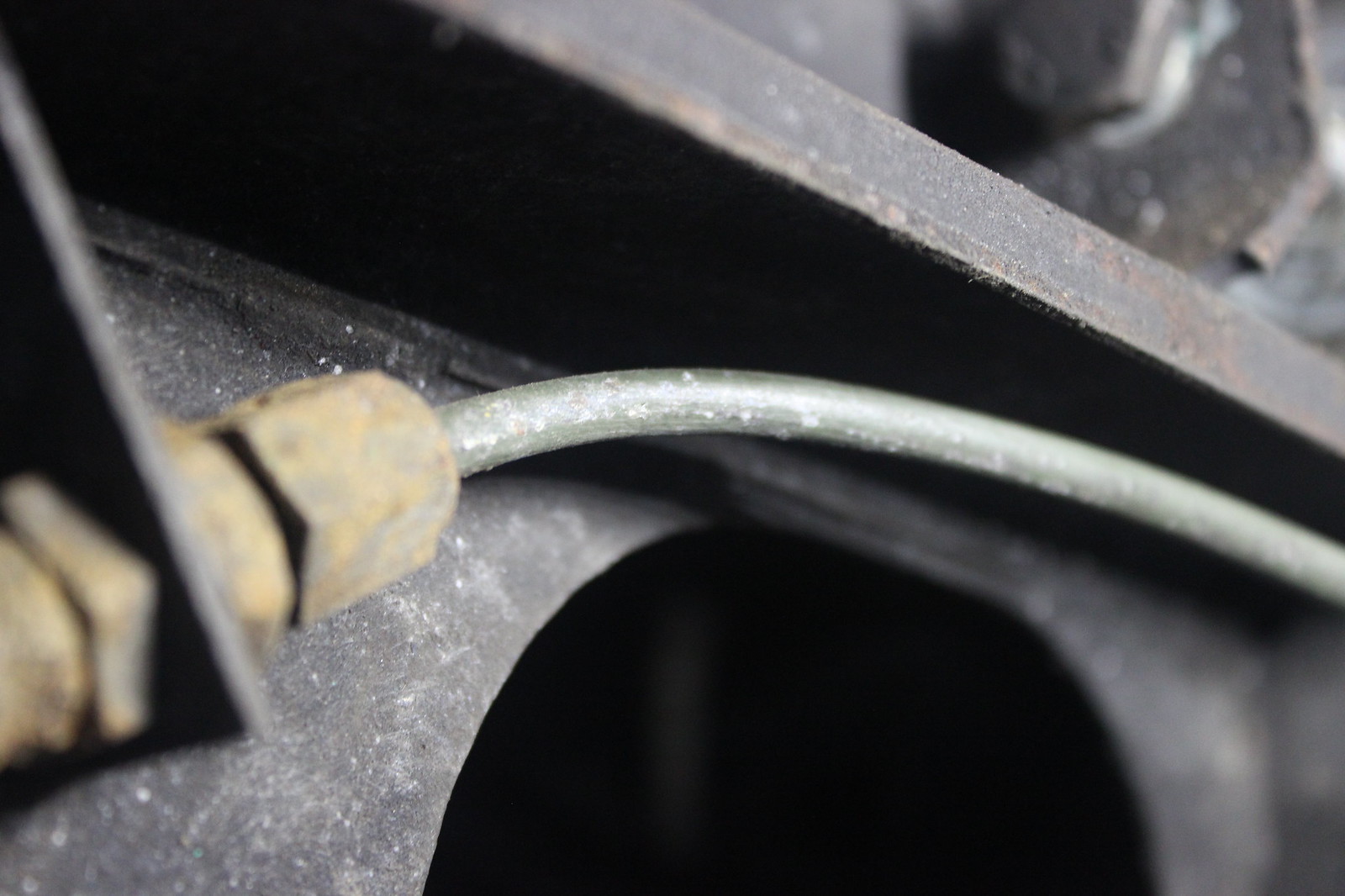 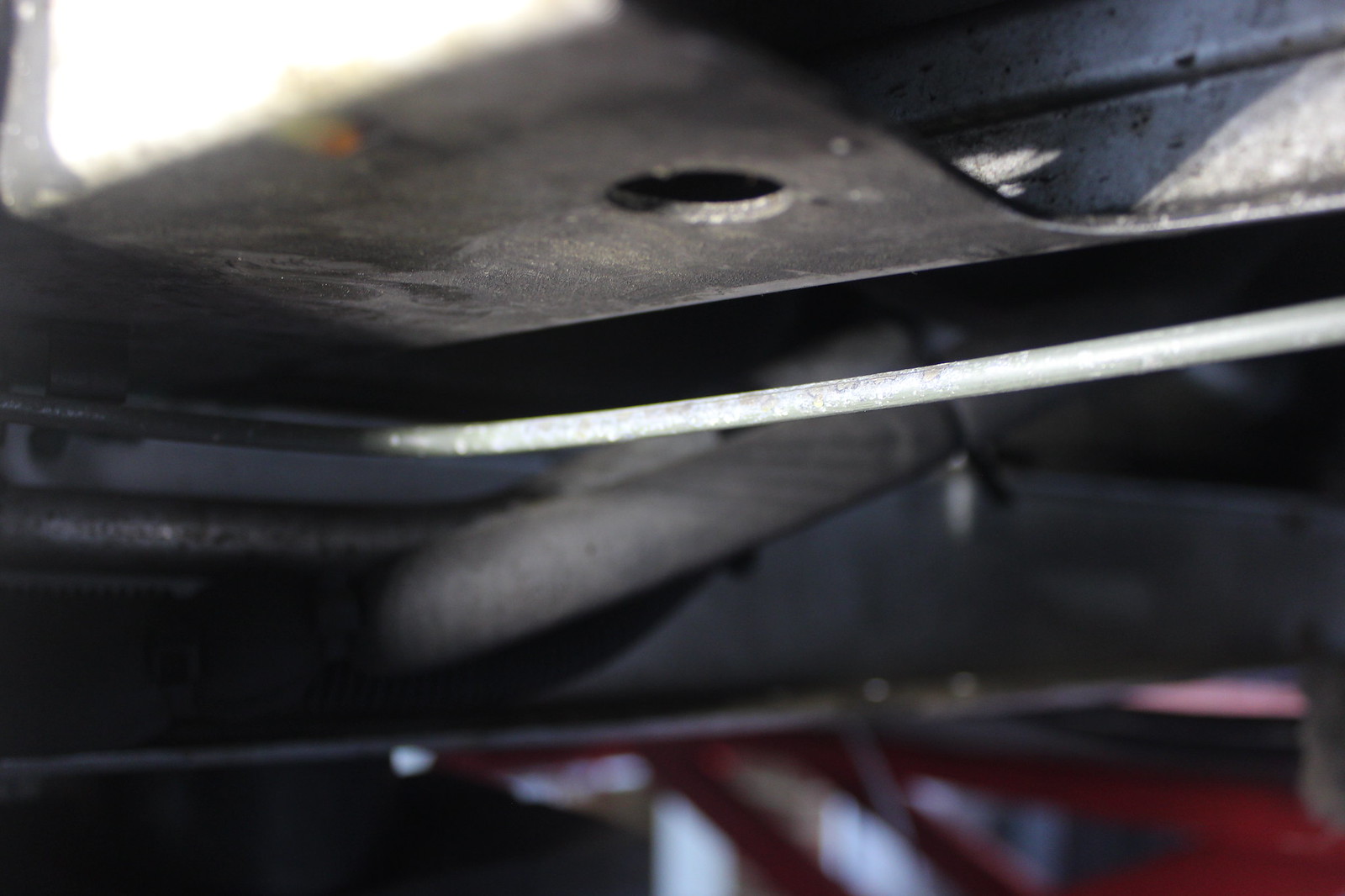 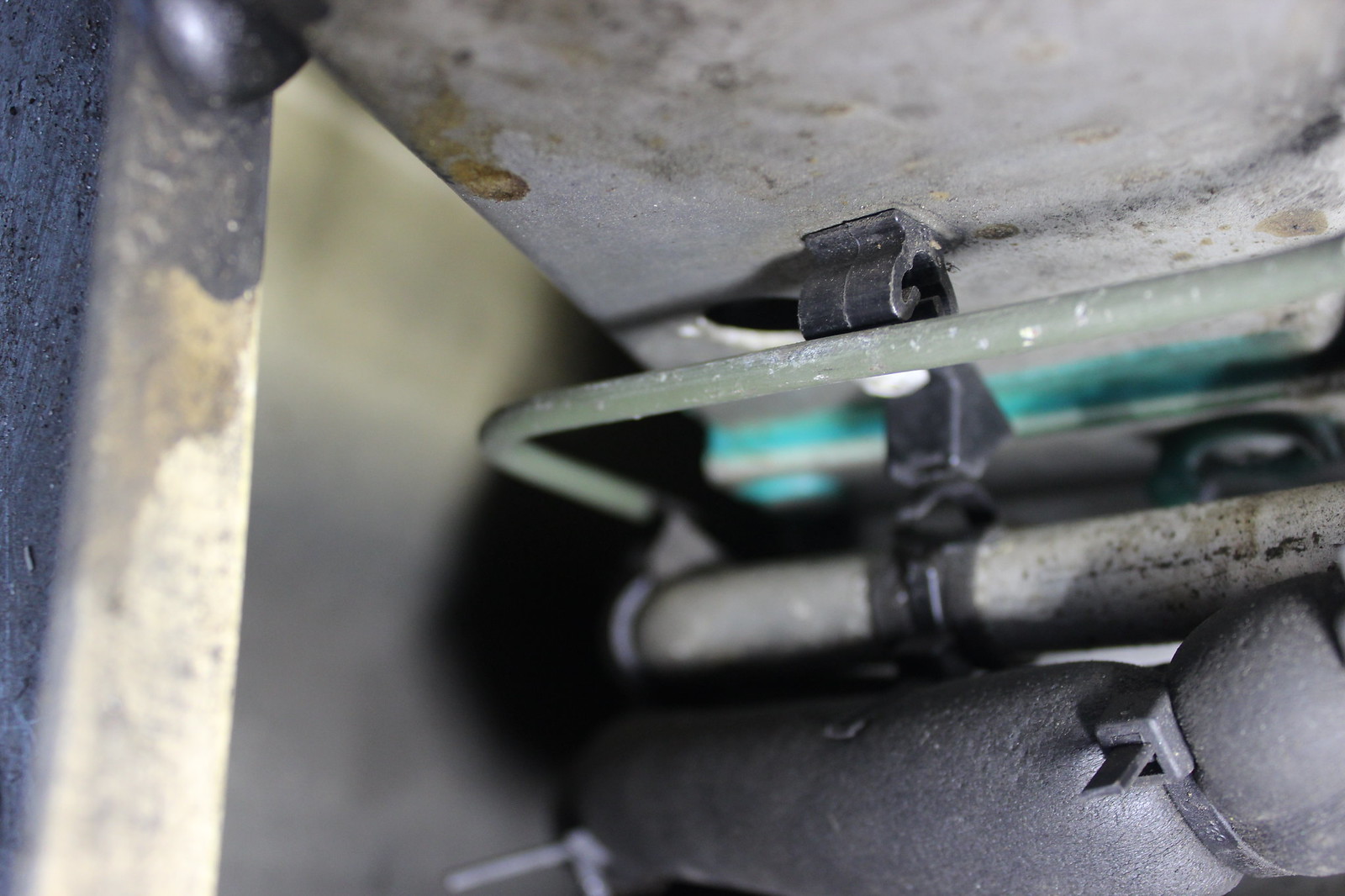 The original paint protection had begun to flake off in the exposed areas but the metal pipework had not suffered any corrosion that is of any concern. I gave all the pipework a very good wire brush and clean up ready for the full POR15 treatment too. 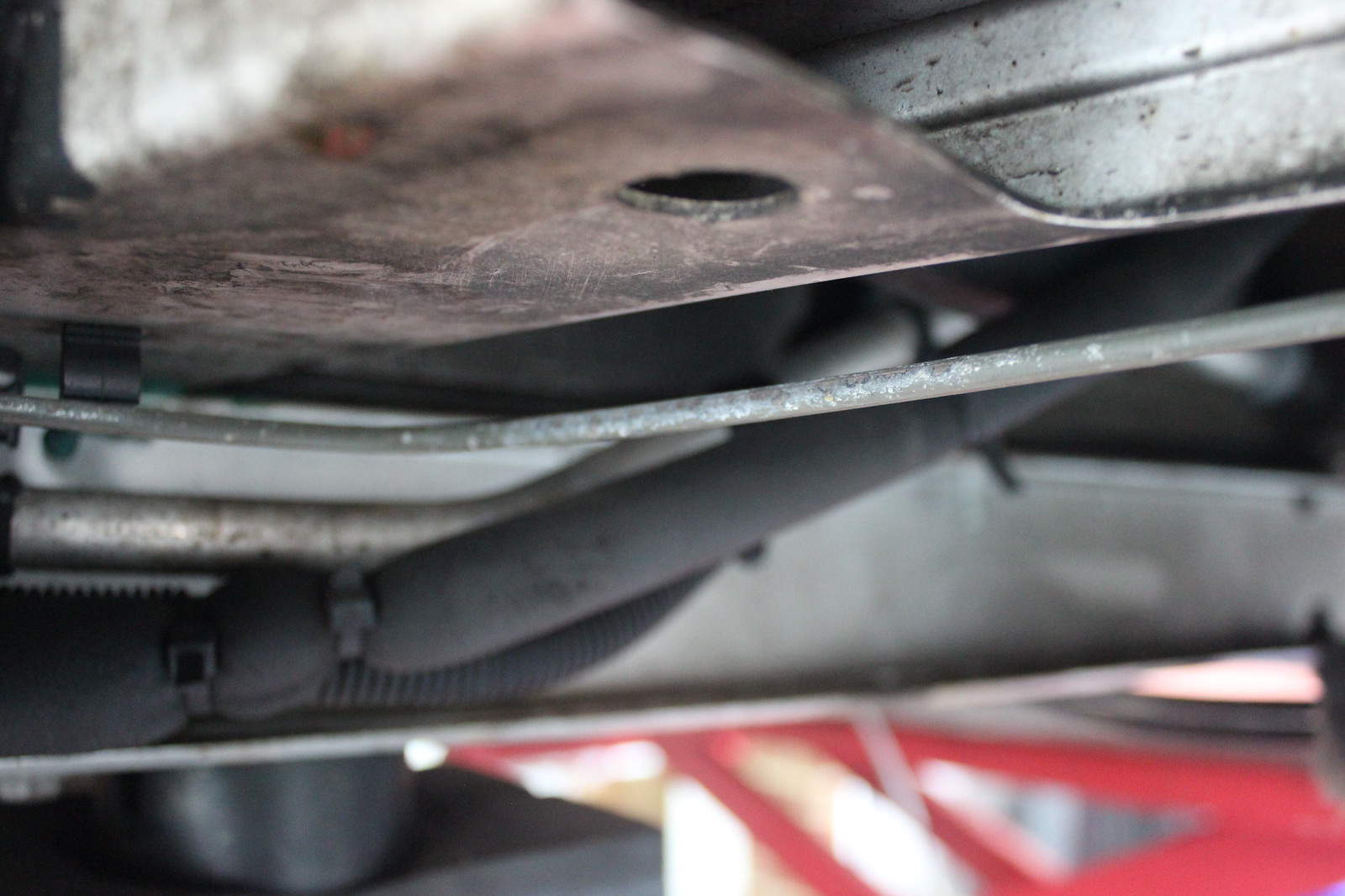 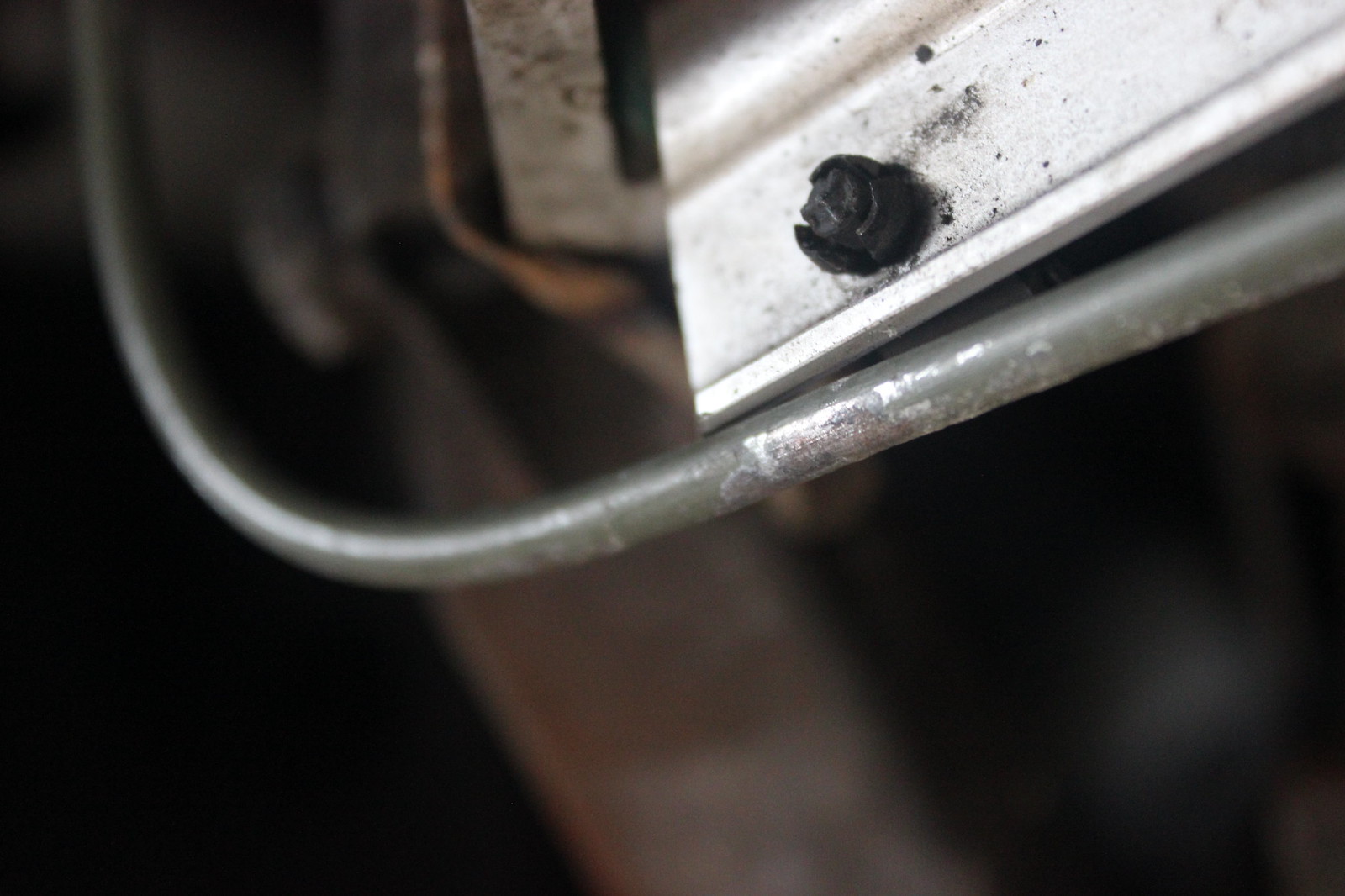 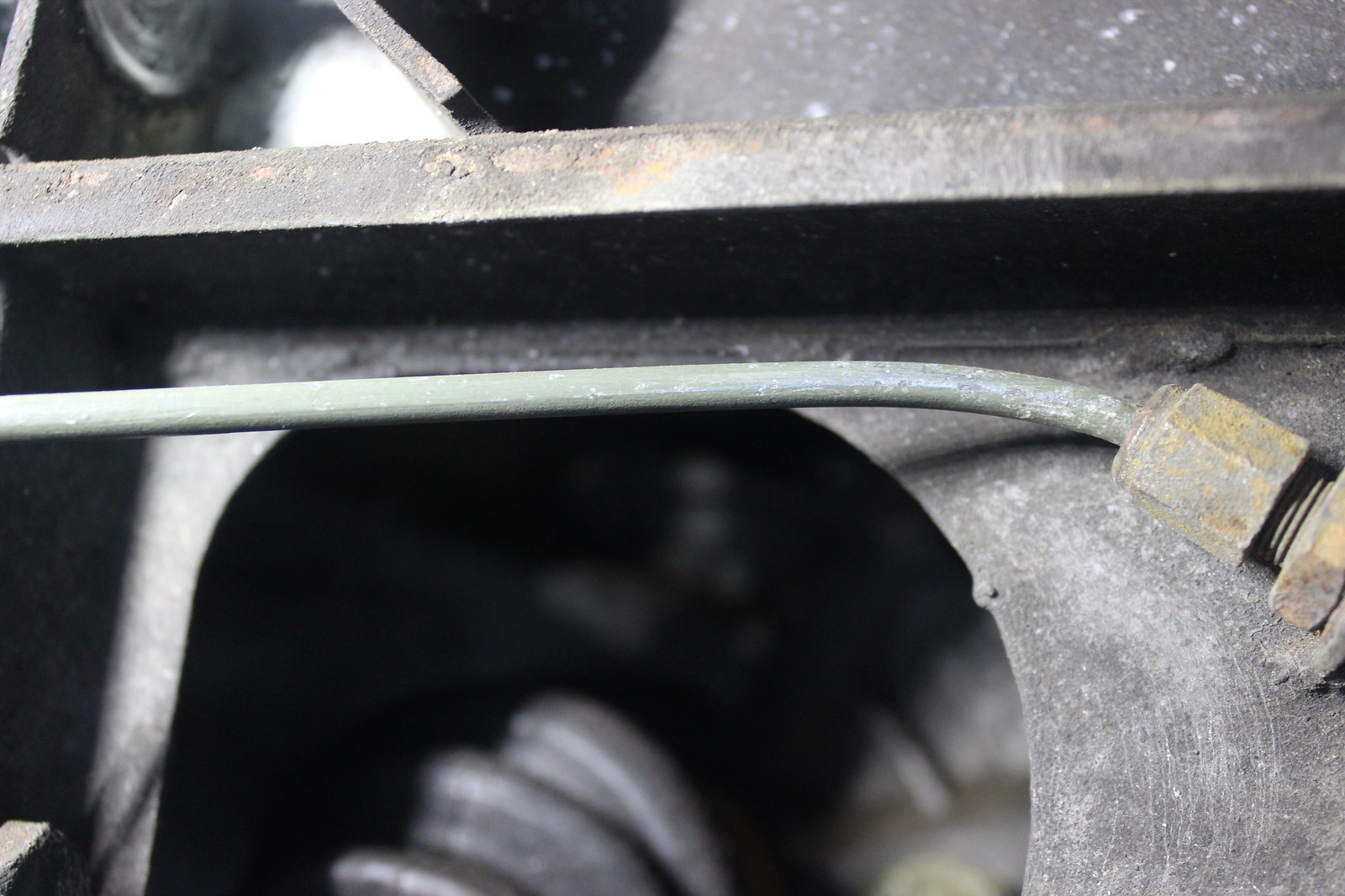 I took a load more pictures of the condition of brake lines as a record for myself but I won’t post them all here!

Some Metal Prep applied and left to do it’s thing. 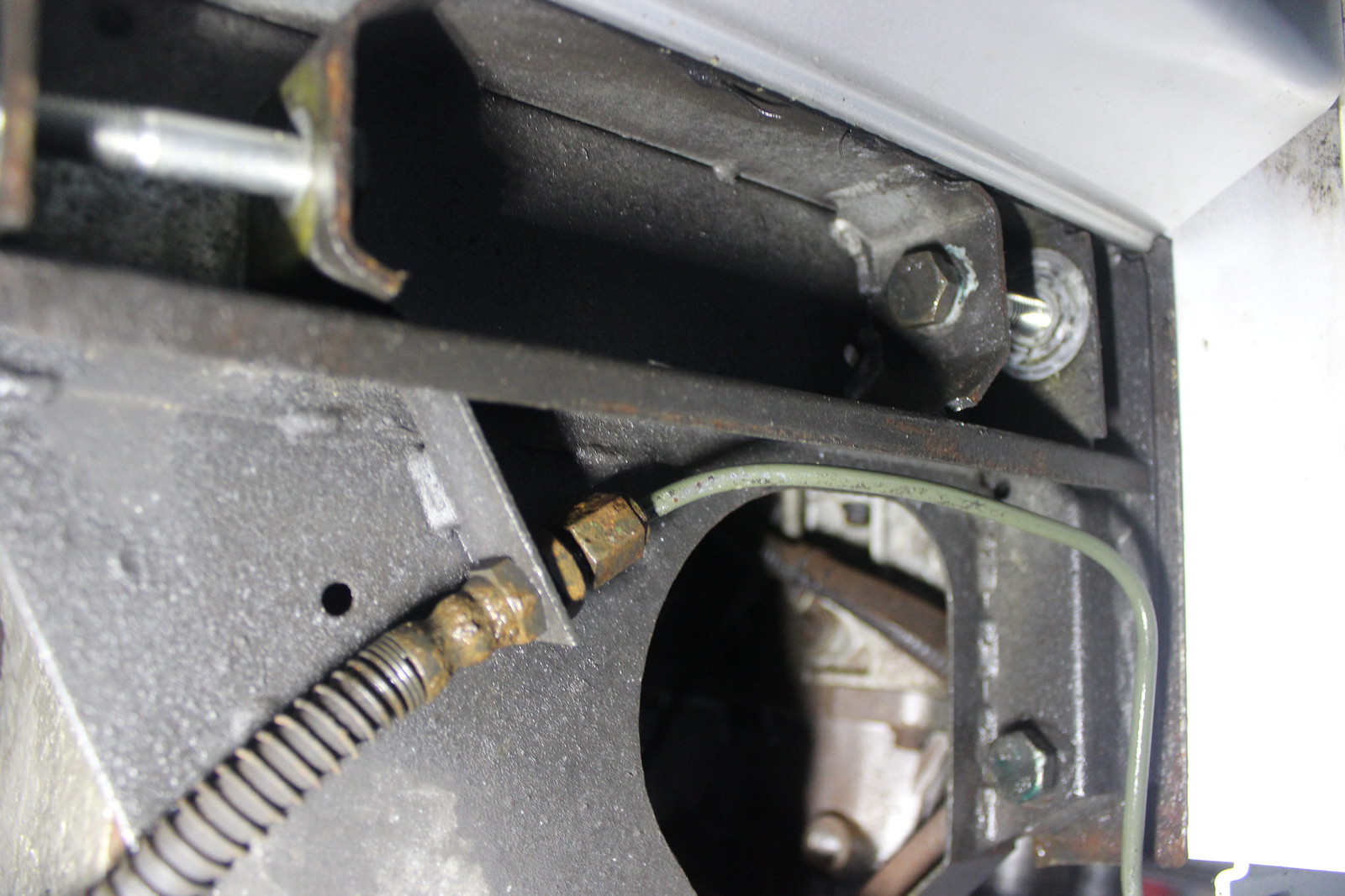 Makes them look worse because of the colours it turns everything. 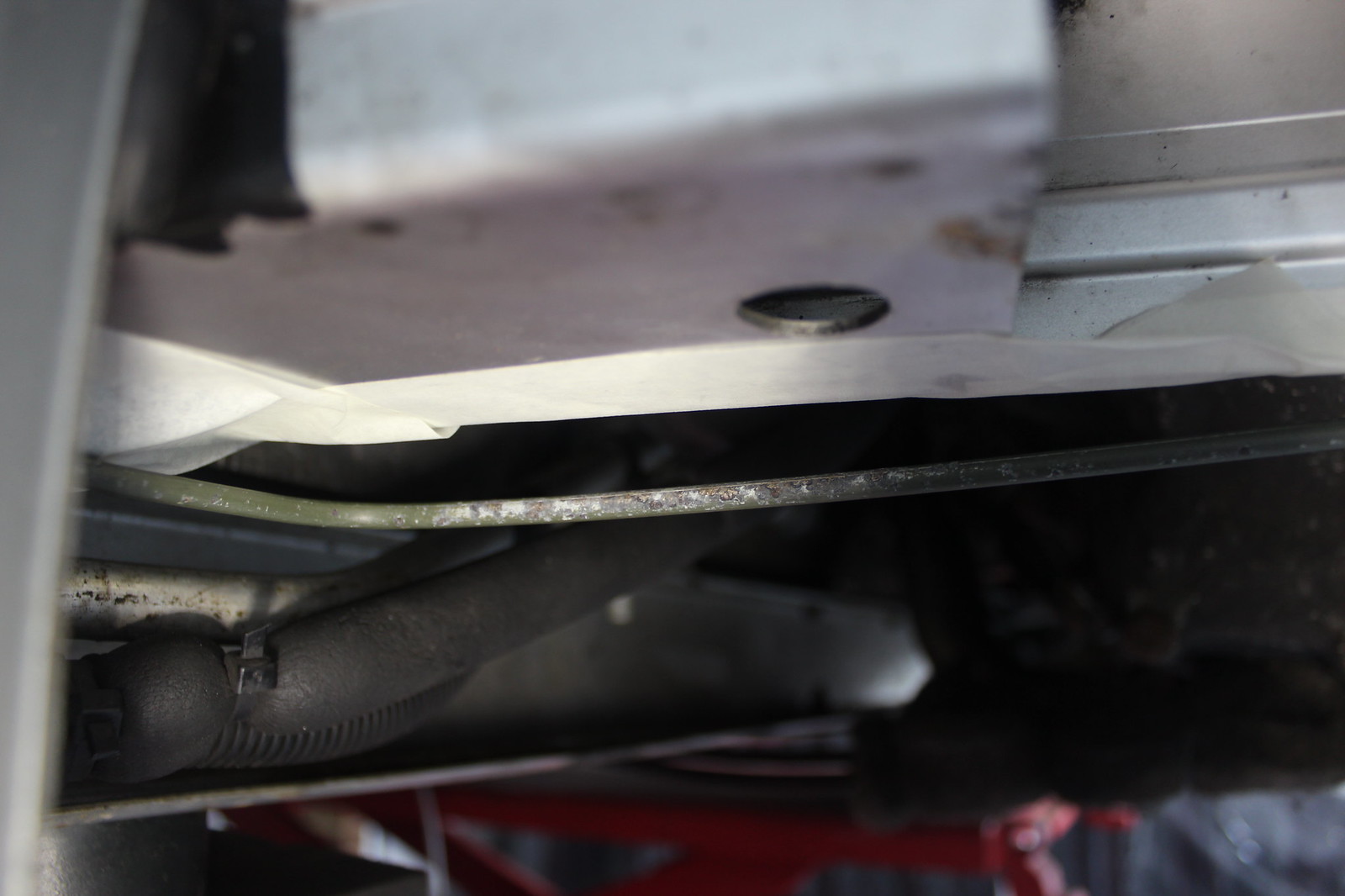 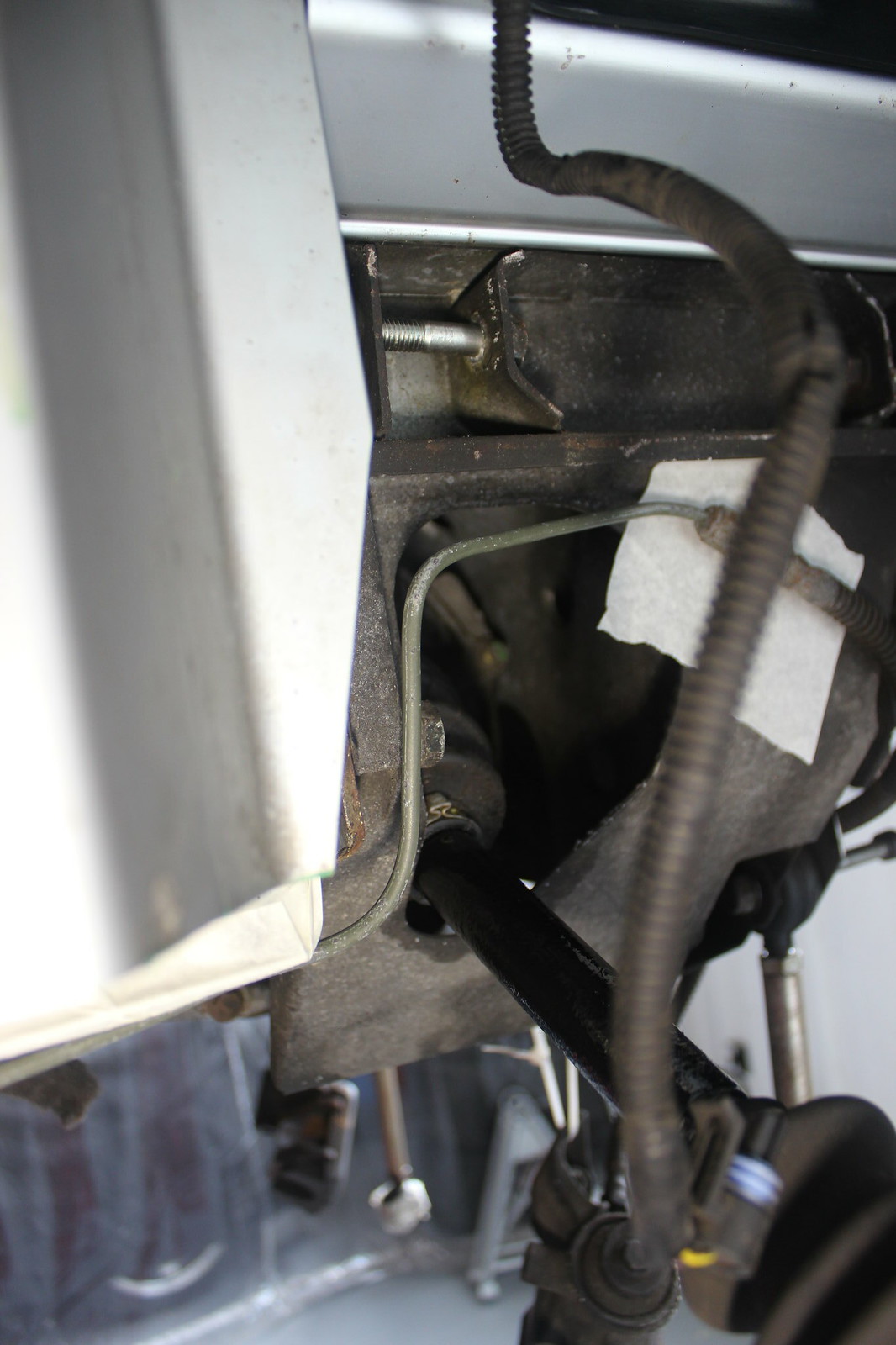 Bit of masking before getting some paint on. 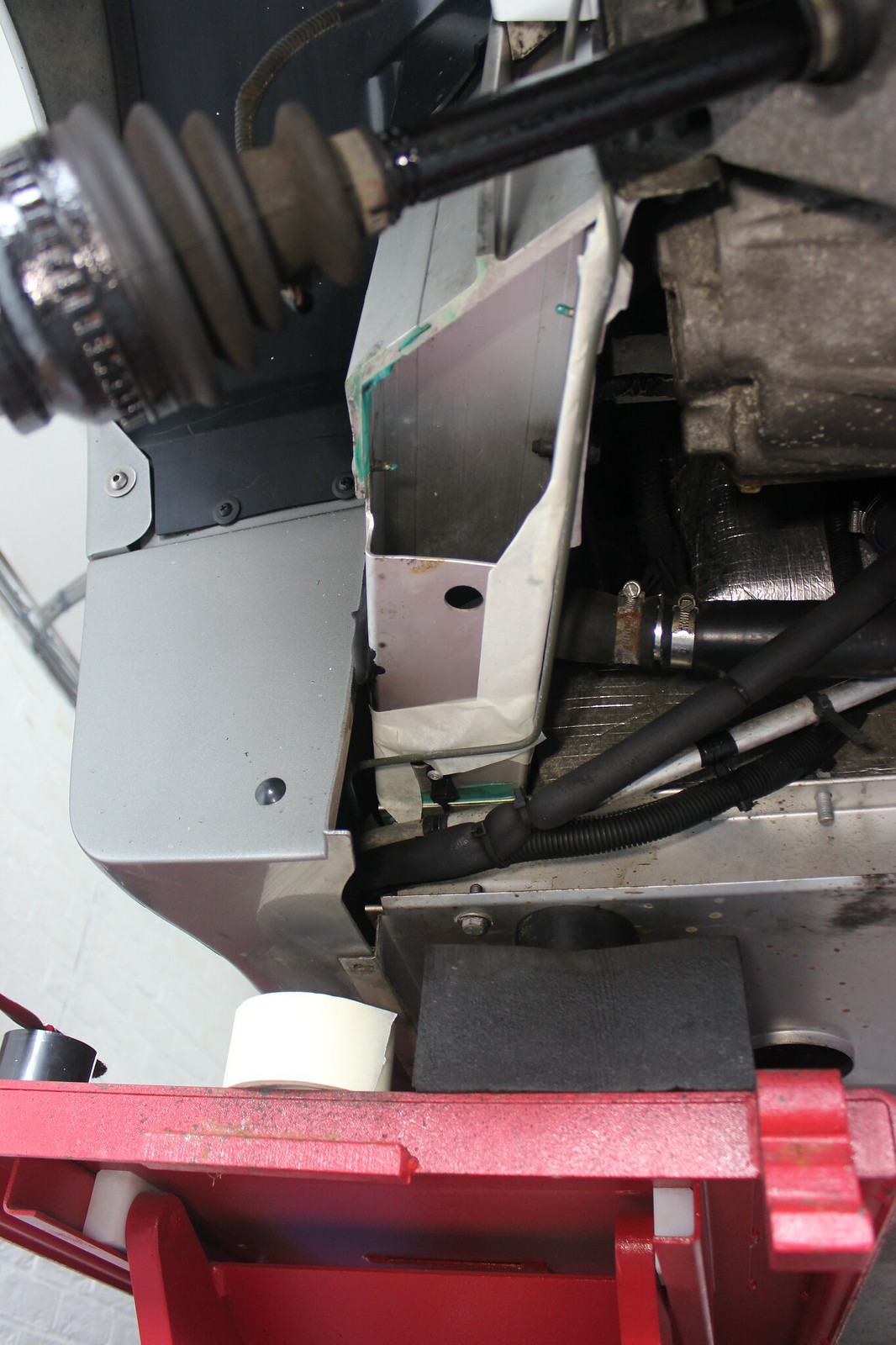 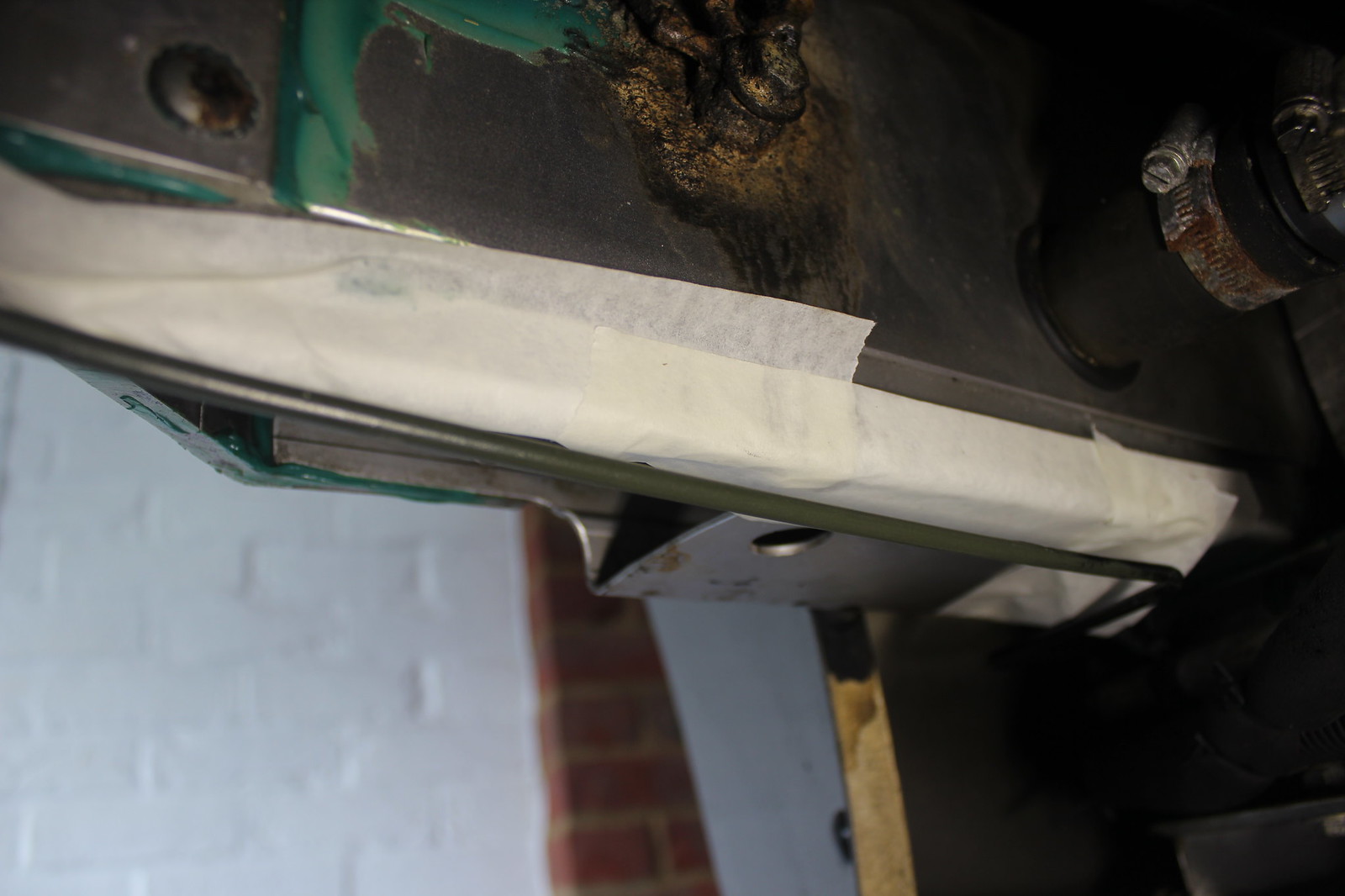 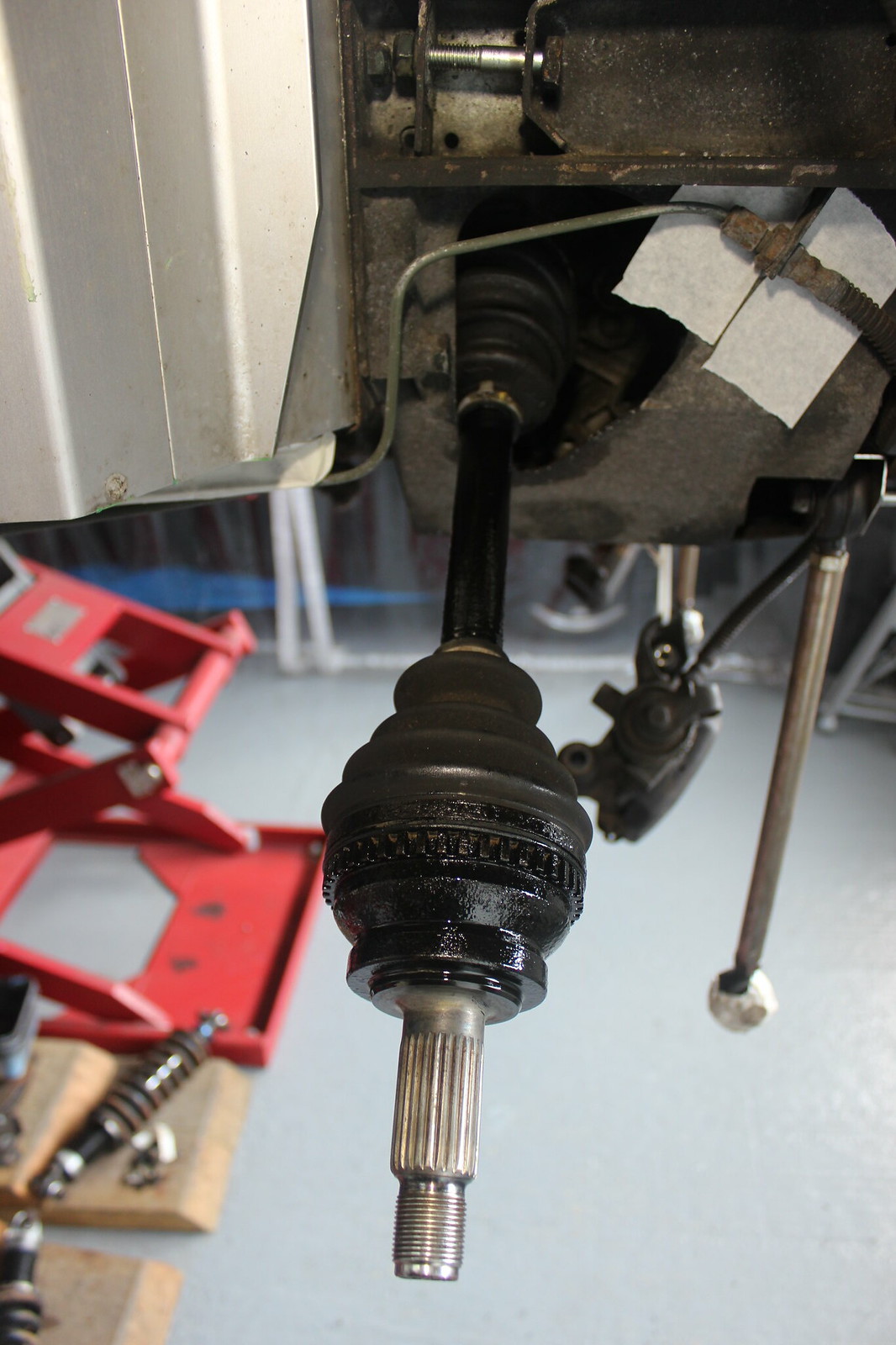 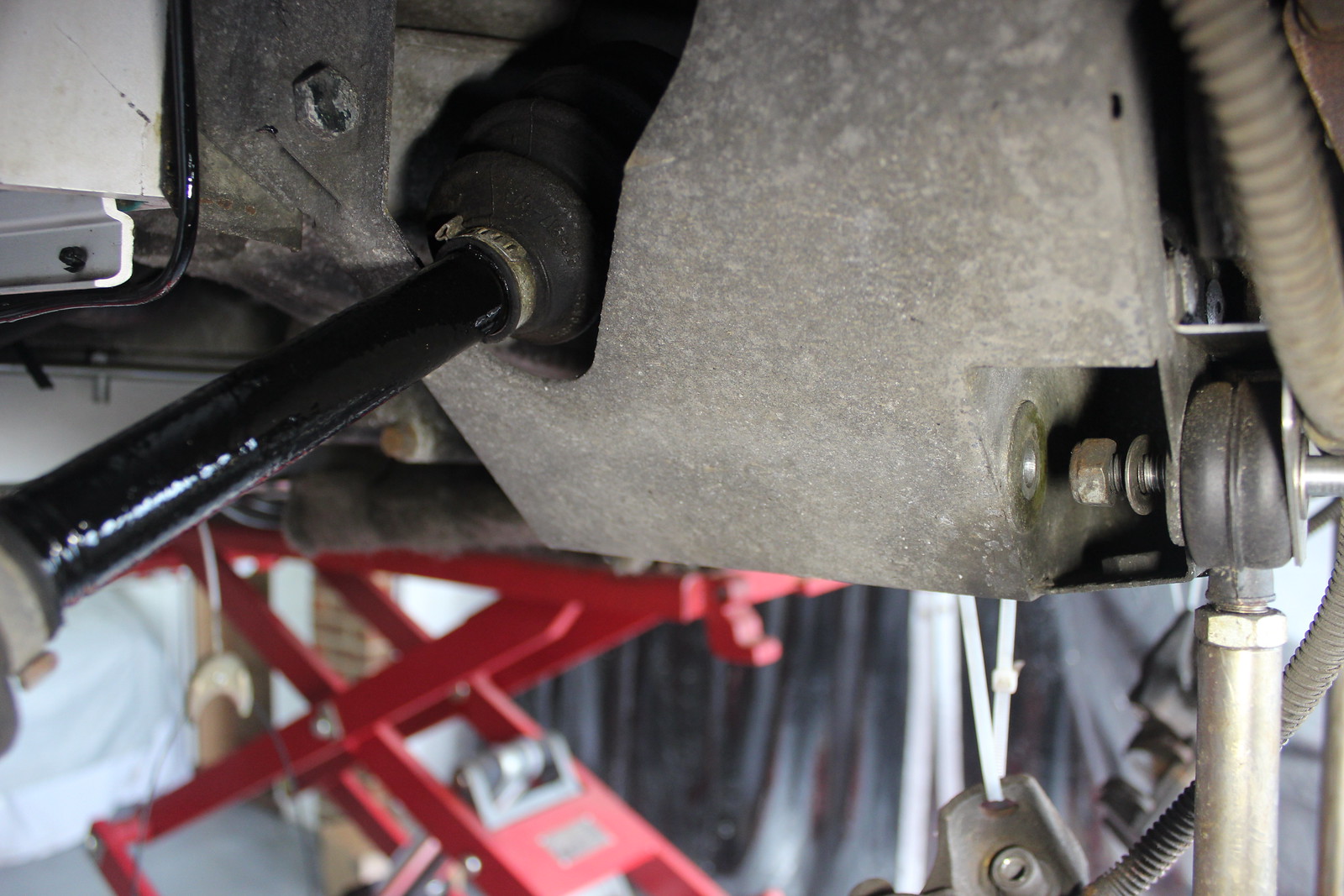 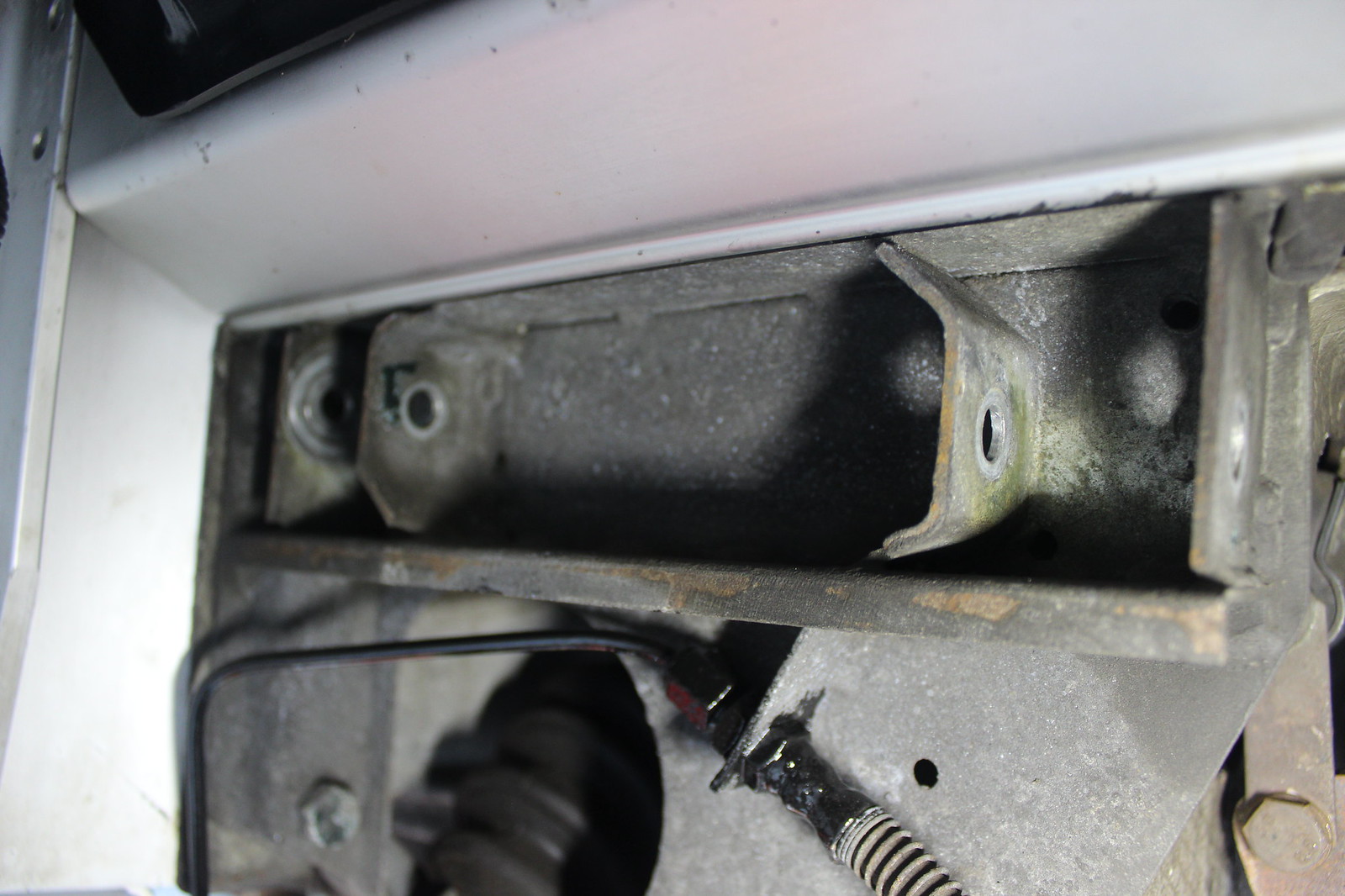 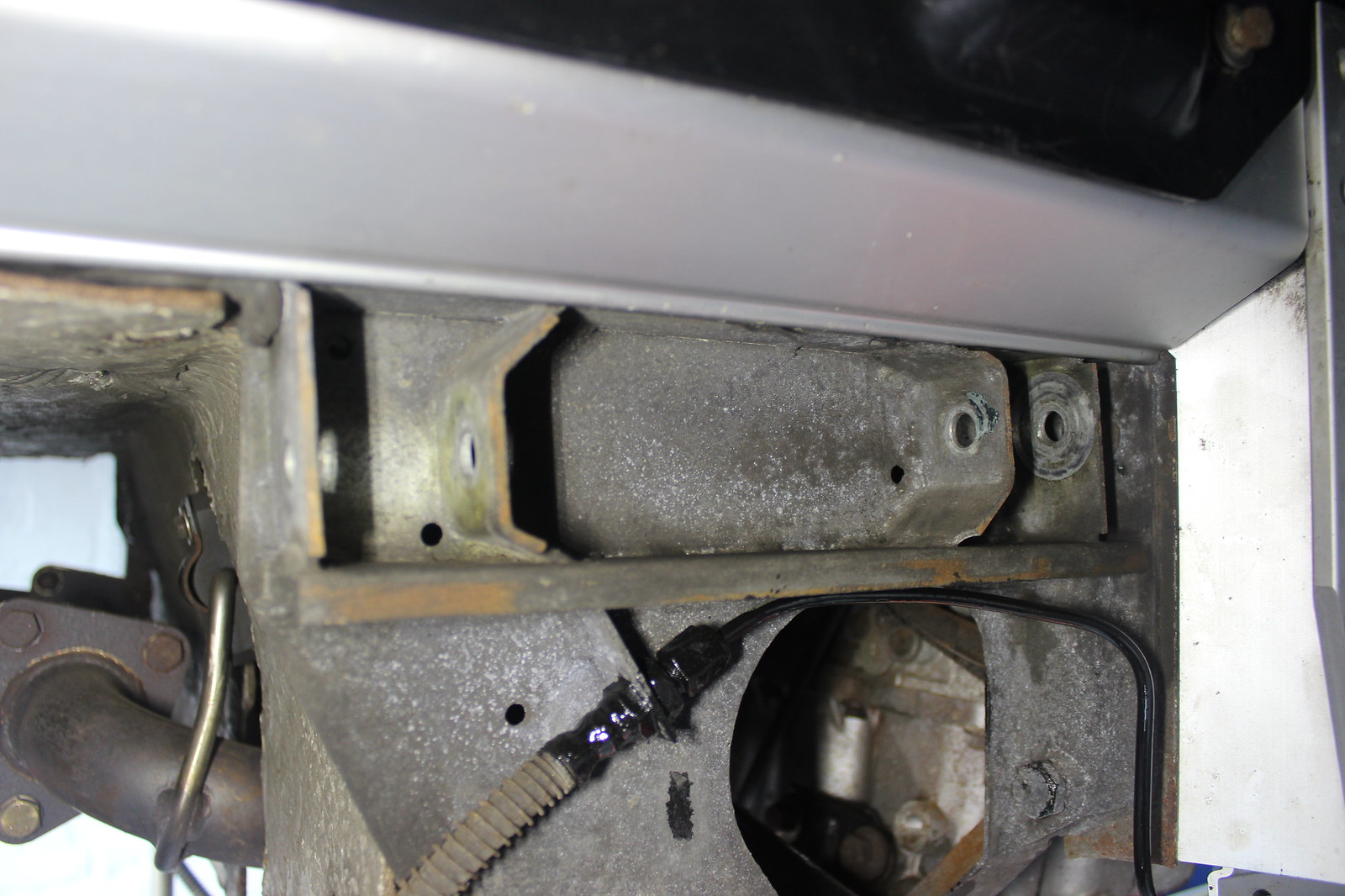 Should have taken more pictures at this point. Oh well, I made up for it at the very end after everything was assembled.

Gave the brake discs a quick clean and light coat of black POR15 too. 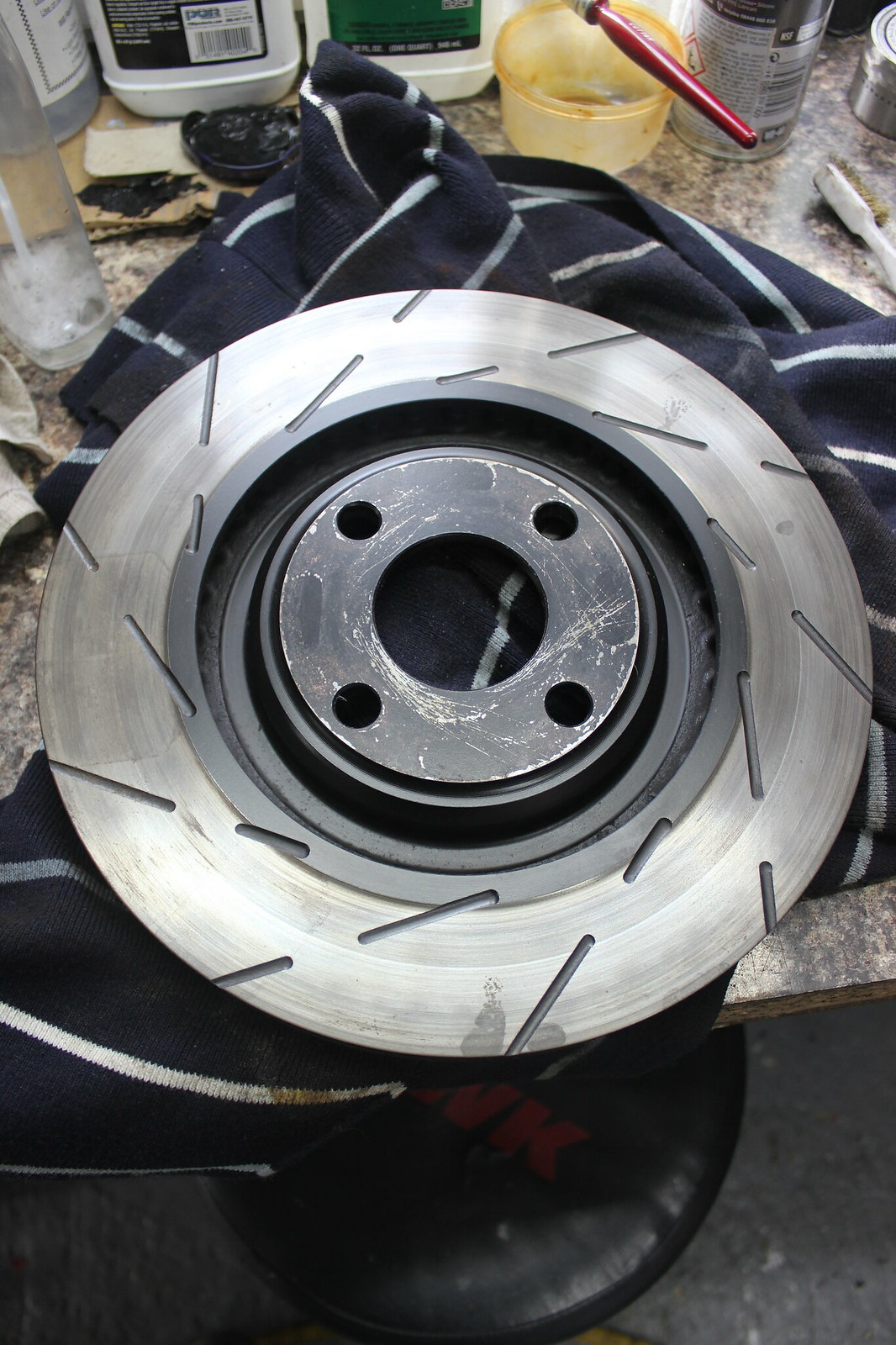 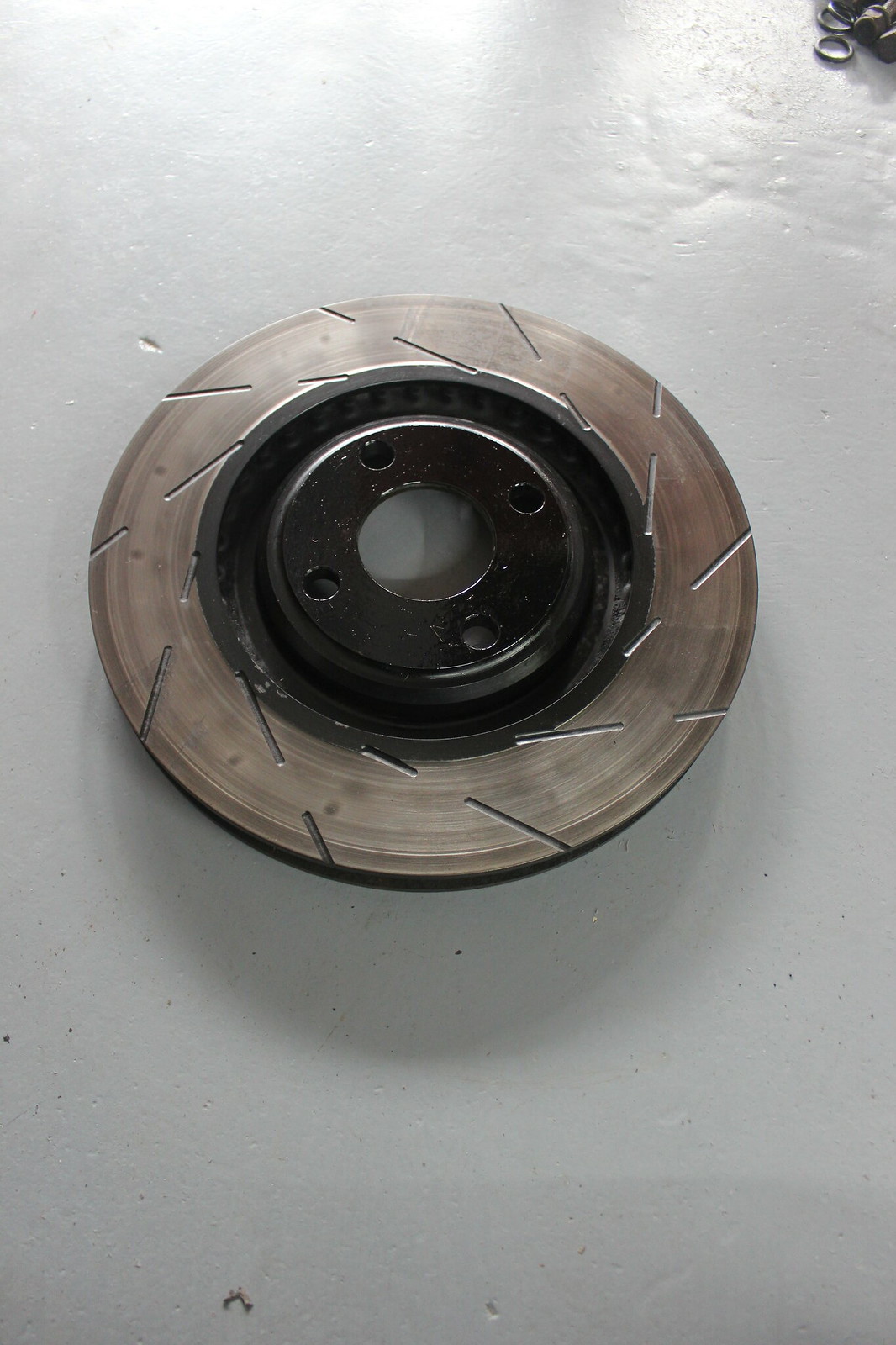 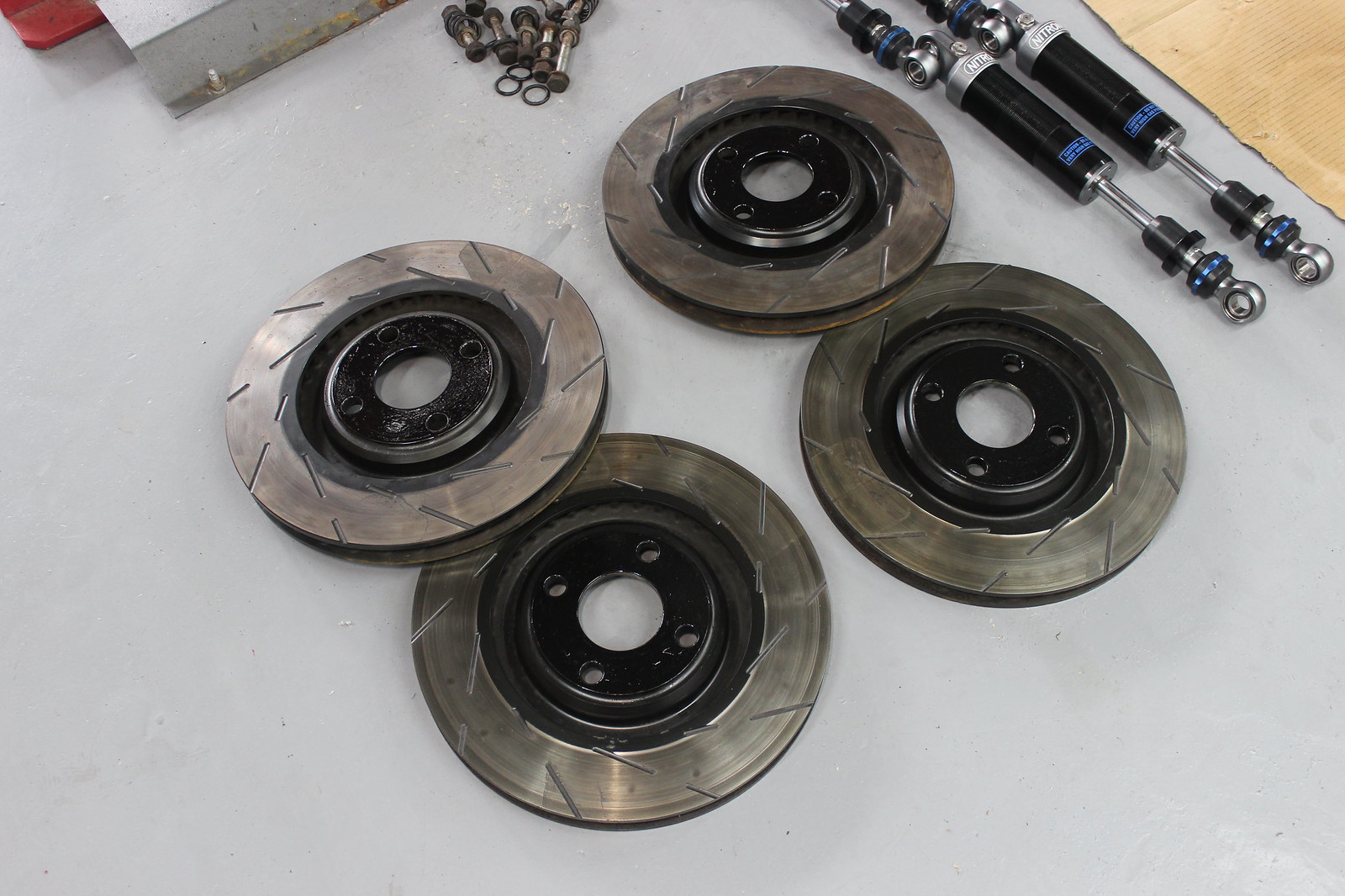