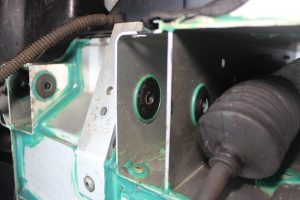 There’s plenty of helpful information out there on various websites and forums when it comes to buying guidance. But when I was looking before buying, it seemed one particular point didn’t really come up that often. Maybe it’s my experience with Classic Mini’s and old Japanese cars that means I can’t shake this particular concern? Even with a car that ‘can’t rust’.

So this is purely to put together some of the information I found relating to chassis damage and corrosion as it might help anyone out there looking to buy an Elise or anyone who might have concerns about one they already own. All the other buying guide info out there is useful and should be considered but, in my opinion, you can forget K-series head gasket failure, sloppy steering racks and ropey fibreglass clams (they’re things that can be fixed and don’t even cost all that much in the grand scheme of car things) if you’ve got a chassis that’s in bad condition you’ve got a real problem!

The bonded aluminium chassis design was a great idea and certainly seems to have stood the test of time very well, the basic chassis construction is almost exactly the same on the current models to that used in the Series 1 cars. The chassis is anodised which helps in protecting it against corrosion but this does not give the Elise immunity from corrosion problems. The chassis can corrode and, given the age of S1’s now with some having been used in all weathers, I’m quite sure there will be some out there with some fairly bad corrosion. The Elise is also no less prone than any other car to being stuffed into a lamp post, ditch etc. What could be a relatively small impact on a front wheel can end up pushing the wishbones into the suspension pickups on the chassis, bending or breaking them. The chassis as a whole can also end up twisted from an impact but I reckon an impact bad enough to do that would probably show a few other obvious signs of damage.

As far as checking the chassis goes, the areas of interest are the front suspension pickup points. The upper ones seem to be the most prone to damage.

This is what they should look like with all the box sections edges nice and straight. 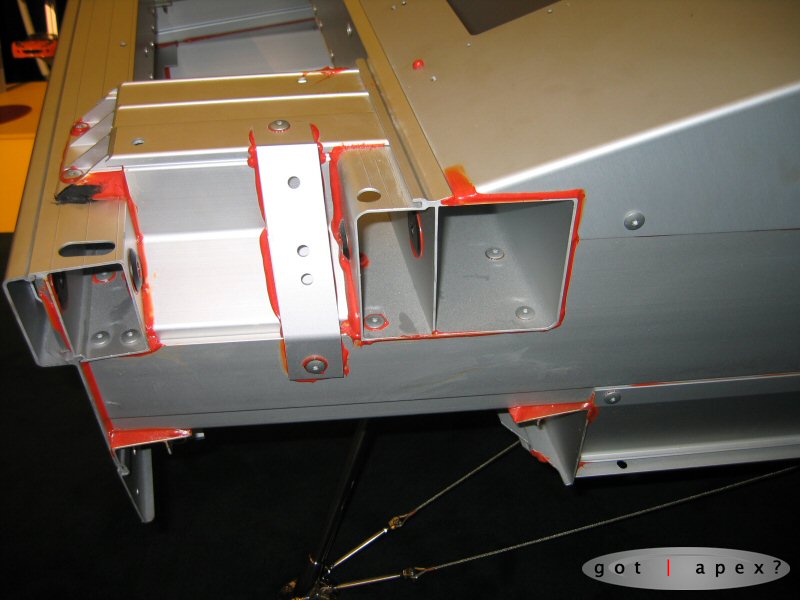 If there are any wobbly, bent or split edges then that’s most likely due to accident damage. Like this (images taken from www.lotustalk.com). 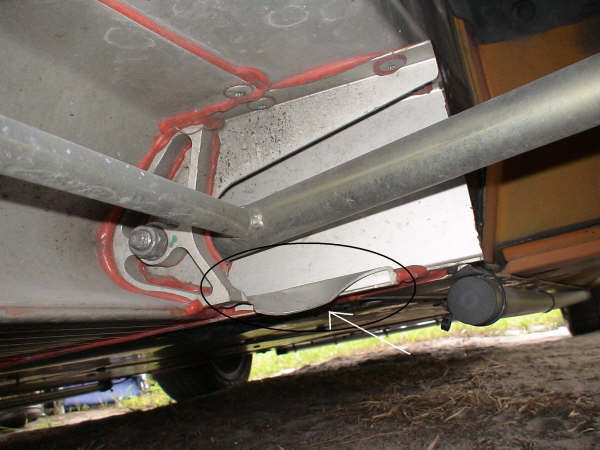 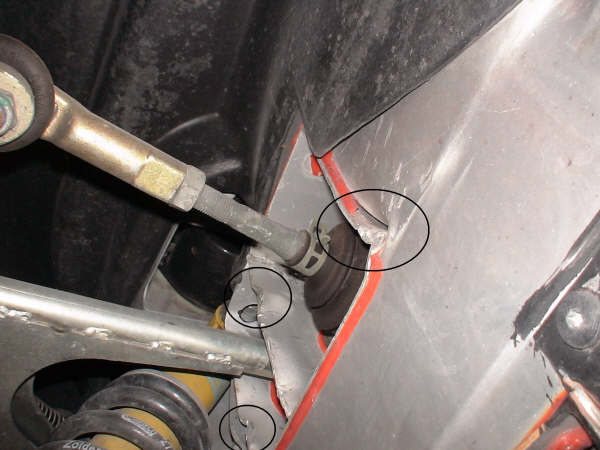 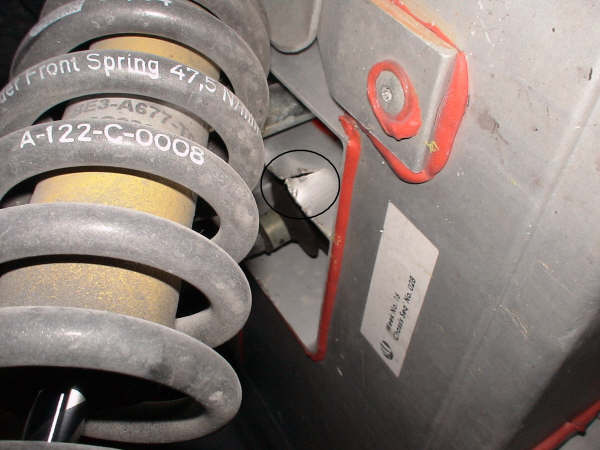 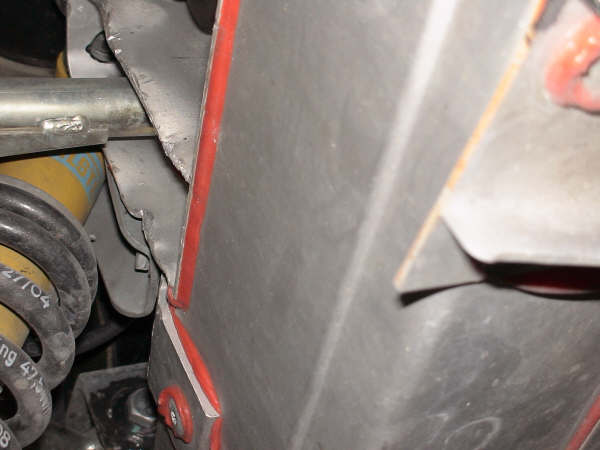 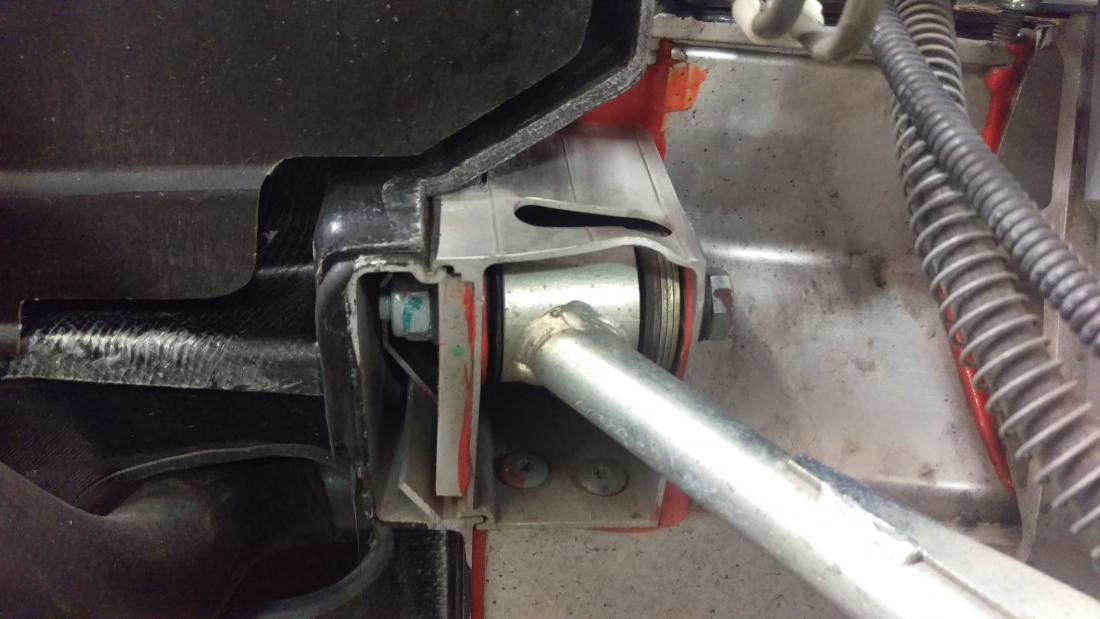 The not so easy thing to see is possible corrosion. The corrosion I’m referring to seems to be down to the fact the suspension pickup points consist of large holes in the aluminium chassis with steel inserts bonded into them. The use of these dissimilar metals means galvanic corrosion becomes possible and unfortunately the aluminium of the chassis becomes the anode so it dissolves. This reaction cannot happen without an electrolyte which is in contact with both metals at the same time and guess what, salty winter road water is a great electrolyte! Now none of this is a problem all the time the glue between the steel insert and aluminium chassis is keeping the metals separated and the paint on the steel insert is doing it’s job of protecting the steel so no electrolyte/moisture can’t get at it. The original paint coating on the steel inserts doesn’t last forever though. So as soon as the steel is exposed to some nice salty wet winter roads the process can begin and slowly but surely the aluminium chassis around the steel inserts turns to powder. Nice, just where you want the chassis turning into powder!

There seems to have been an instance where corrosion of the aluminium around the steel insert got bad enough that the the aluminium split. This may not be the whole story though as if the upper wishbone had been refitted at some point with the incorrect arrangement of shims then the aluminium could have been pulled inwards and bent or placed under tension which clearly won’t have helped. 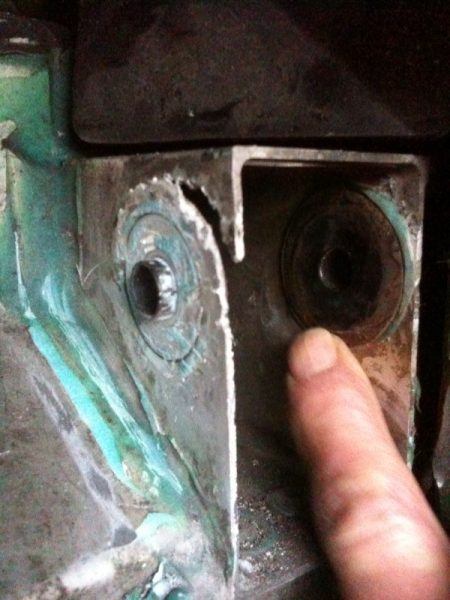 Obviously that’s a pretty serious case of corrosion and it must be pretty rare or there would be many more pictures and threads on the internet detailing this kind of failure.

What could be more common is the sort of thing in the pictures below (Images taken from www.vx220.org.uk).  It’s hard to tell how bad the corrosion might be around the steel inserts with the usual quick look under a car you might be looking to buy. But clearly the edge of the chassis sections in some places has dissolved away and that’s certainly something you should be able to see by just turning the steering full lock and getting in the wheel arch as best you can. To be honest if I saw this level of corrosion on a car I was looking to buy I would most likely walk away. If not then I’d certainly want to get the car off the ground for a much closer look and it would need to be priced accordingly. If I then found a hole as can be seen in the last picture then I’d be moving on. 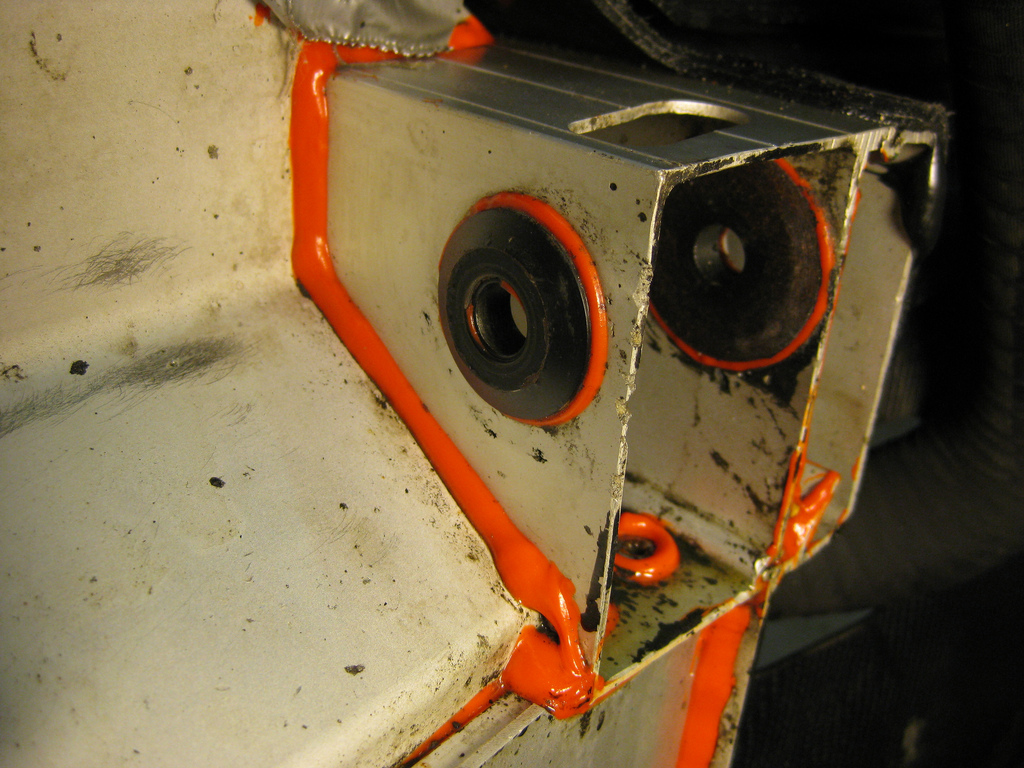 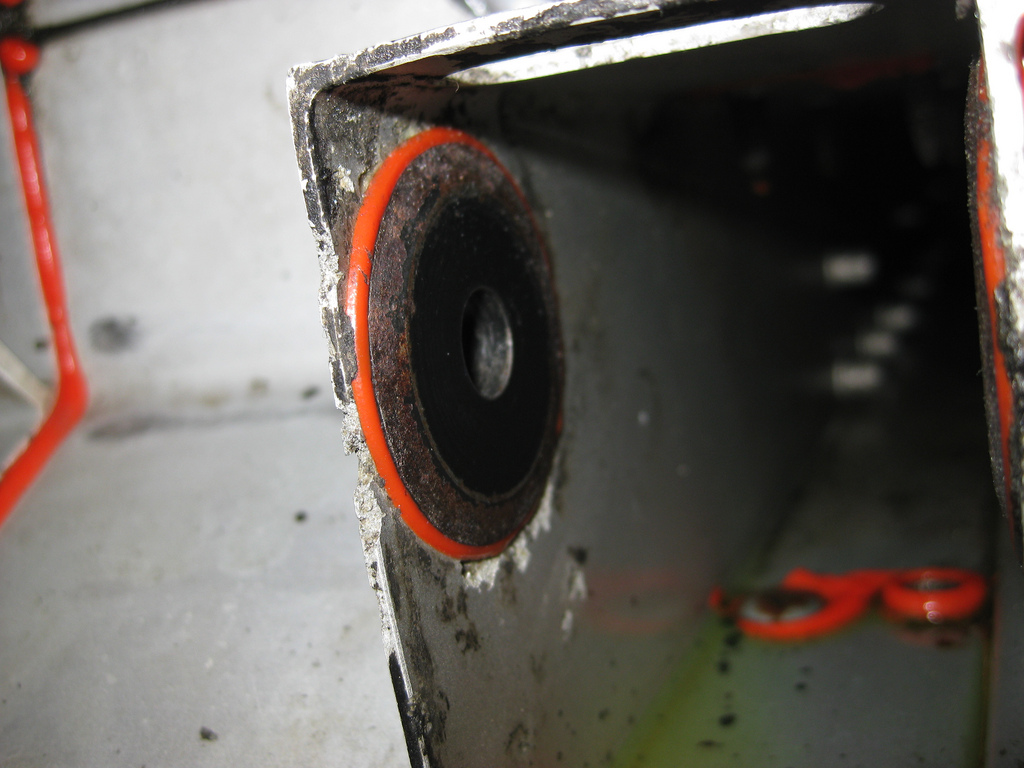 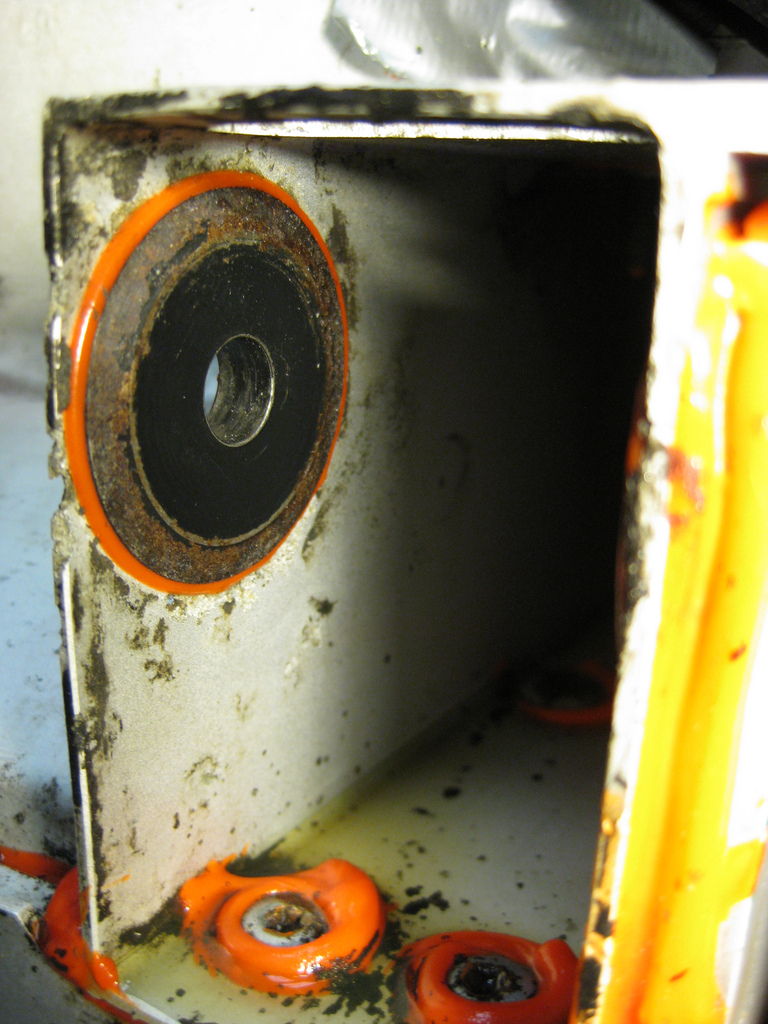 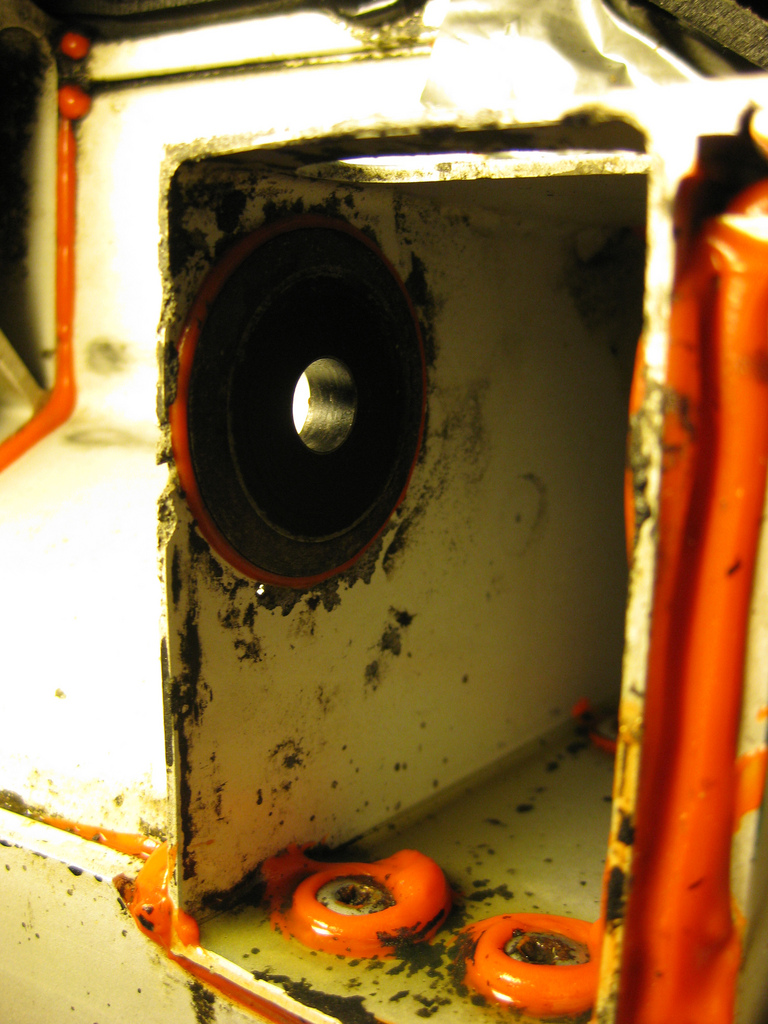 So why would ending up with an Elise or VX220 with chassis damage like the pictures above be a problem? Well this kind of damage can’t really be repaired. Welding is out of the question as the grade of aluminium used for extrusions does not lend itself to this and the glue used to bond the sections together will fail if it gets too hot.

Having said that, I have seen some accident damage repairs of front suspension pickups where repair sections have been fabricated then bonded and riveted into place. There’s also an example of some strengthening being added due to corrosion concerns on www.scottishelises.com here. A picture taken from that thread. 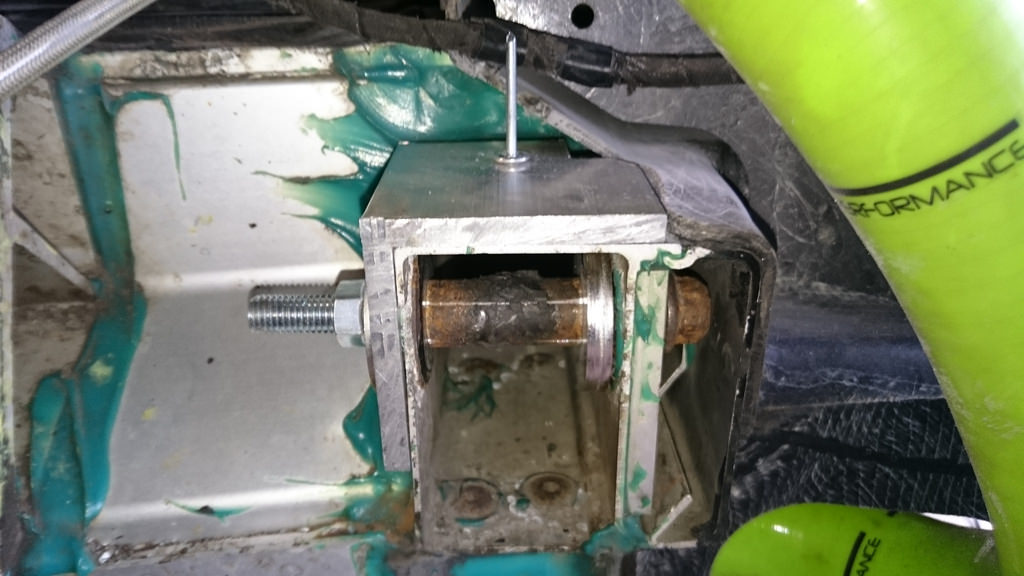 To be honest, I can’t see any problem with repairs like this when they’ve been done right. If I were running an Elise race car, which is bound to suffer the odd knock, I’m quite sure I’d go for repairing a chassis rather than all the work and expense in replacing one.

Unfortunately Lotus don’t approve any repairs though, so for the average owner of a road car, a damaged or corroded chassis is a real problem as the only repair option is to replace the whole chassis. This is so costly it’s cheaper, from an insurance underwriters point of view, to write the car off. So like I said ‘head gasket failure’ so what? Chassis condition is the thing to be checking carefully!

For reference, below are a few pictures of my 1998 UK Series 1 Elise. So it’s 20 years old now and it has covered 52000 miles. It has clearly done some miles on wet roads but I would say not too many as, as far as I can tell from it’s history, it has only ever been a weekend toy so not daily driven.

Before wire brushing one of the the steel inserts… 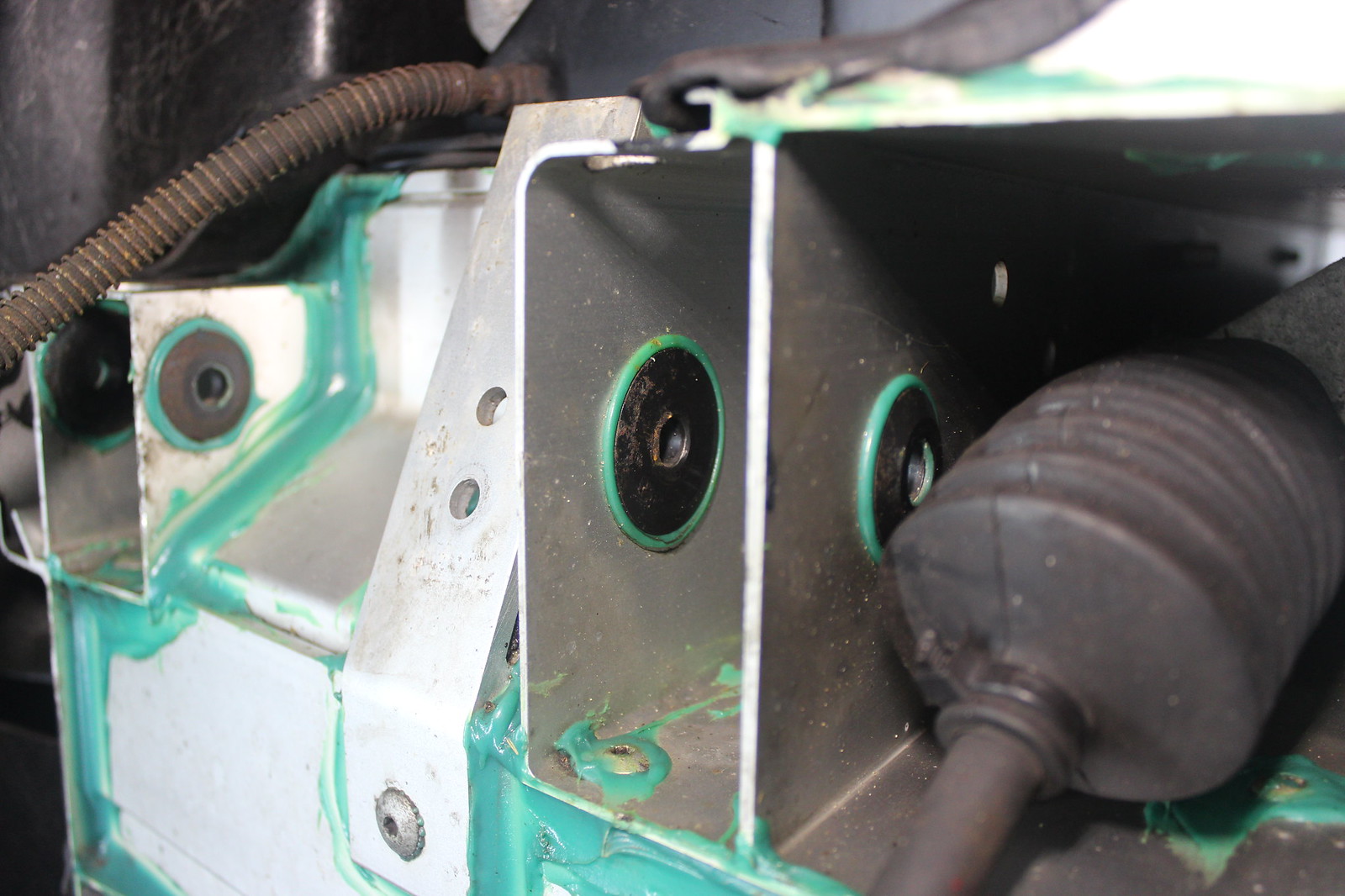 …and after.  Clear to see the original coating of the steel insert has failed which would allow galvanic corrosion with the presence of an electrolyte/water. 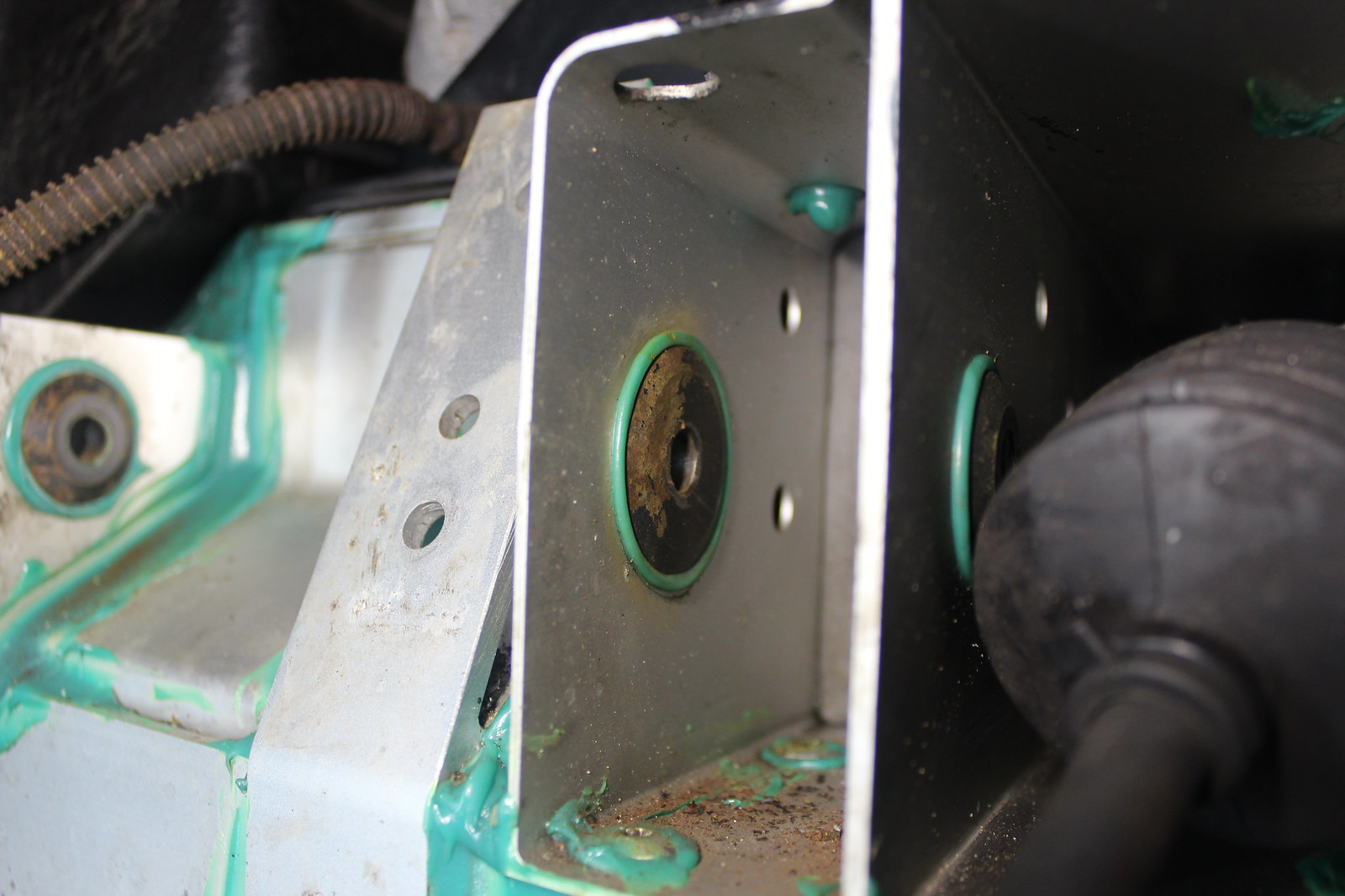 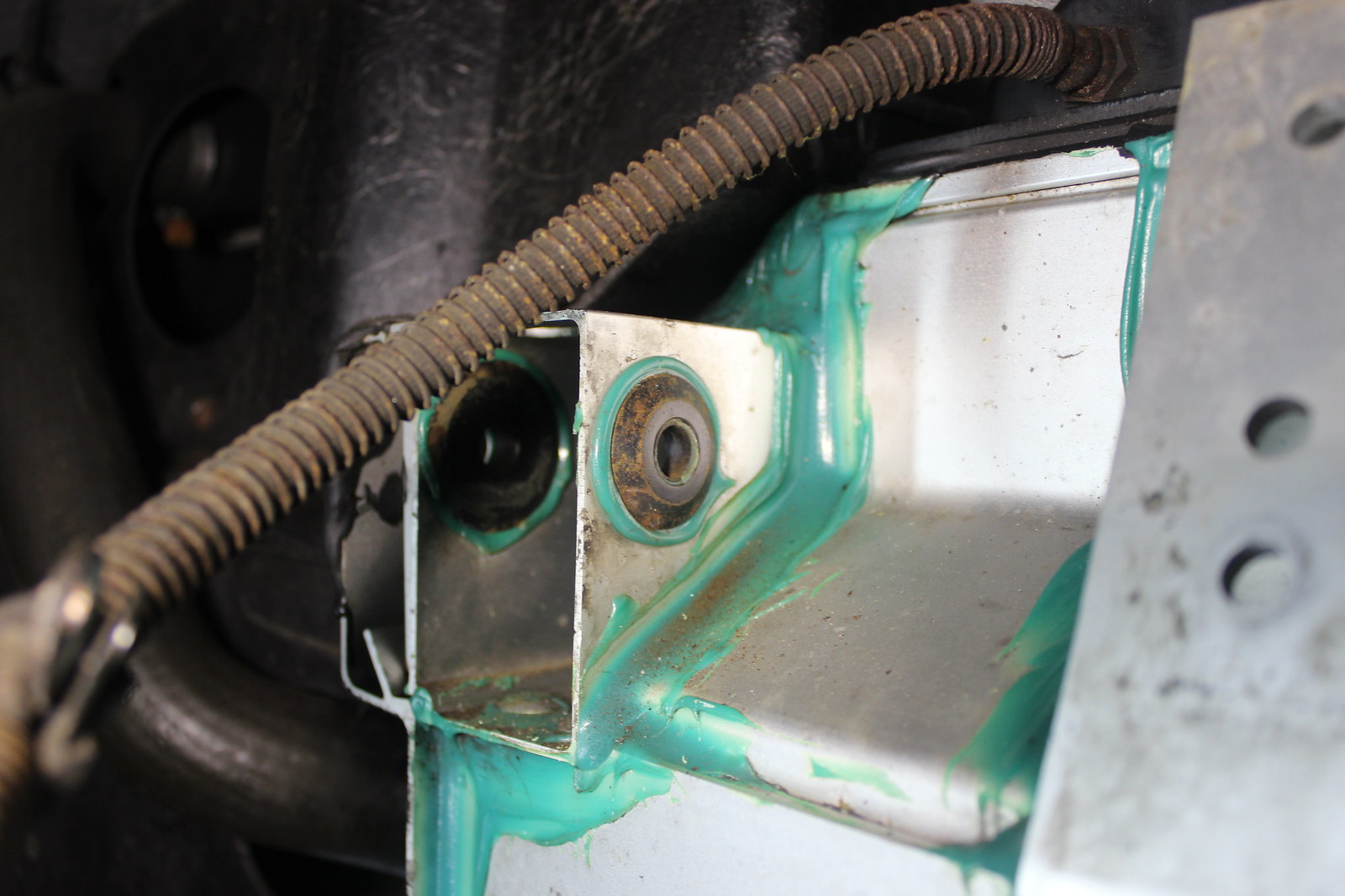 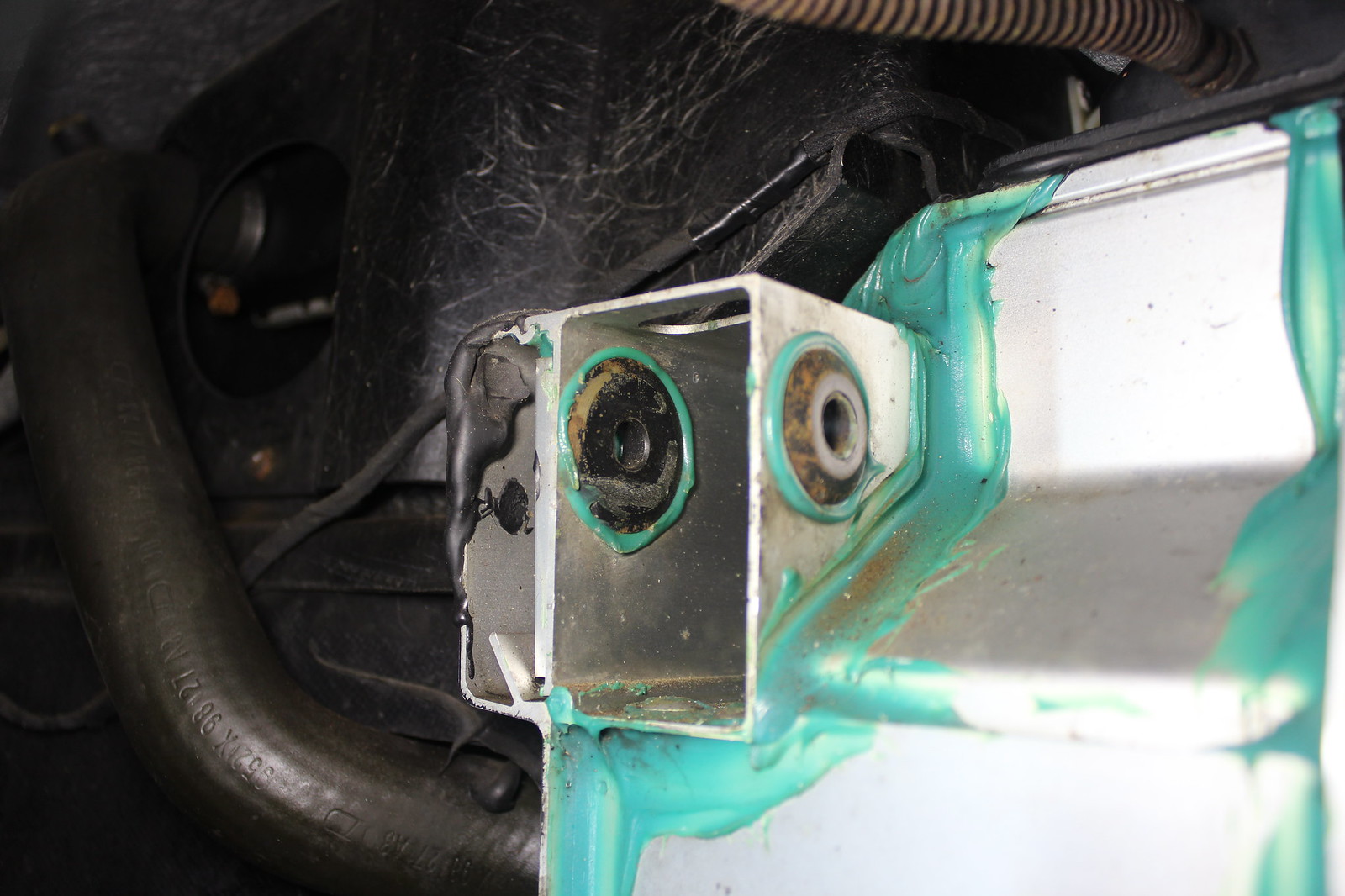 This is the worst I could find on my Elise. The very beginning of some corrosion to the outer edge of the chassis but nothing of any concern and very good for a 20 year old car really! 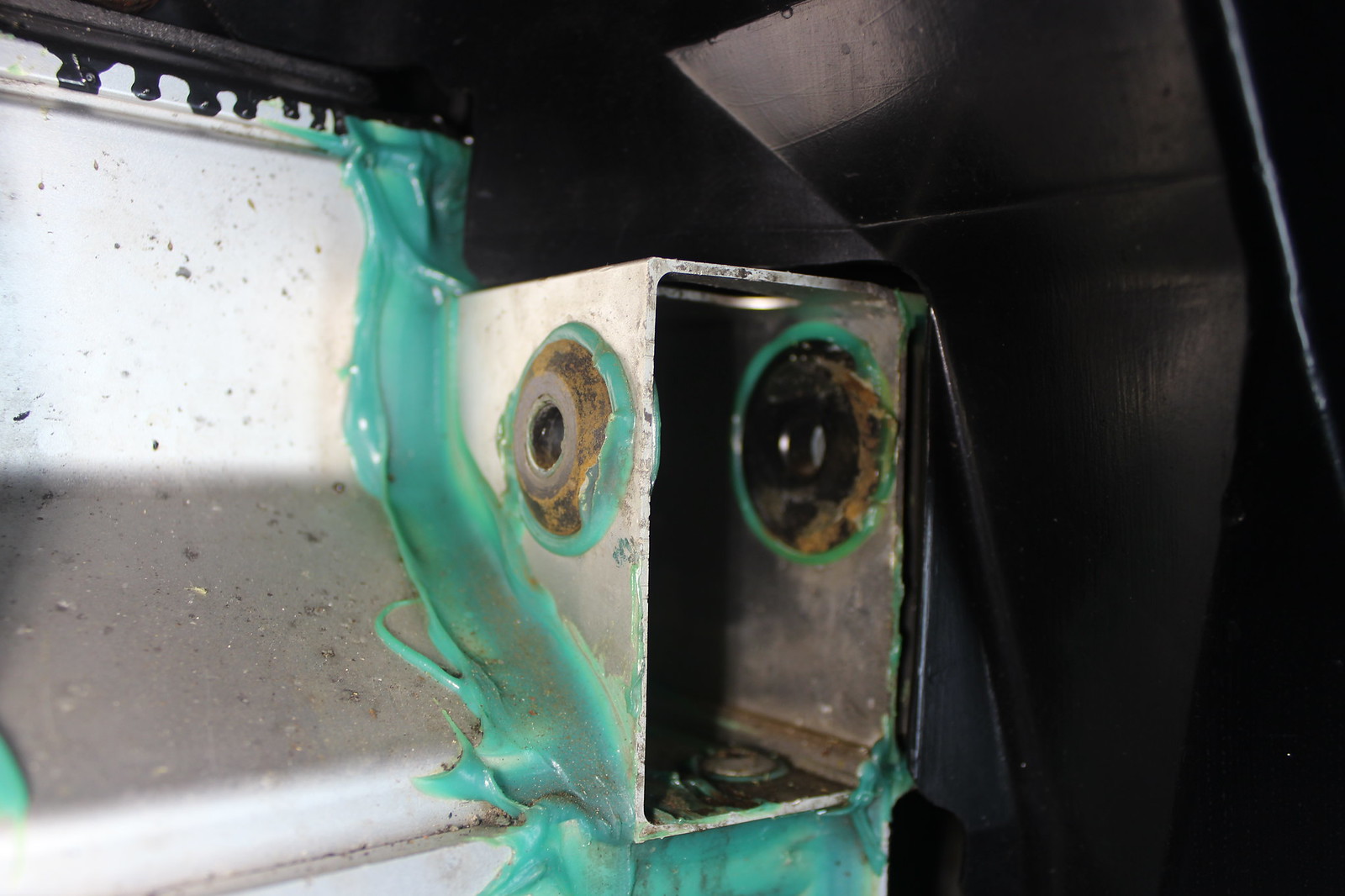 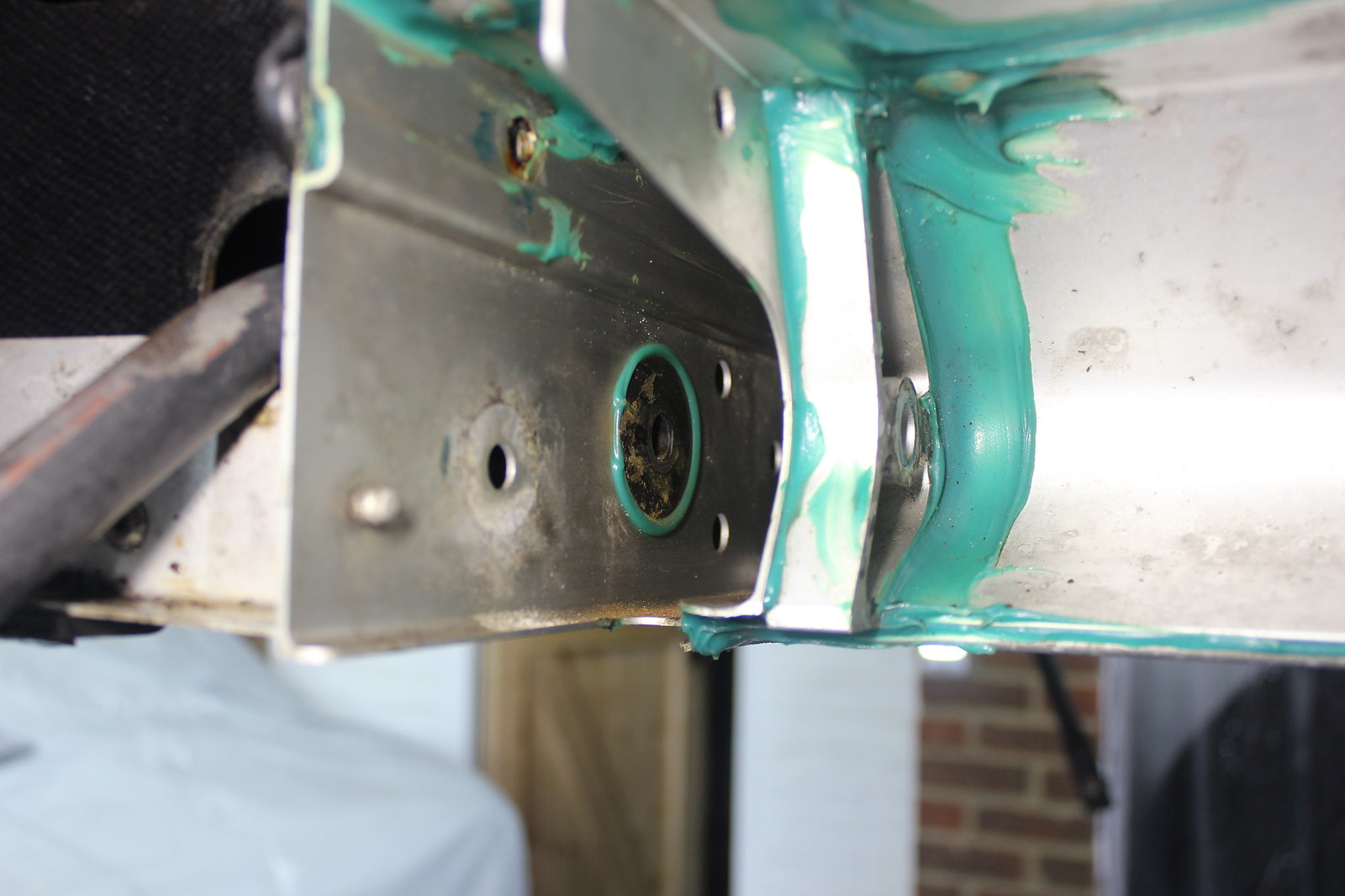 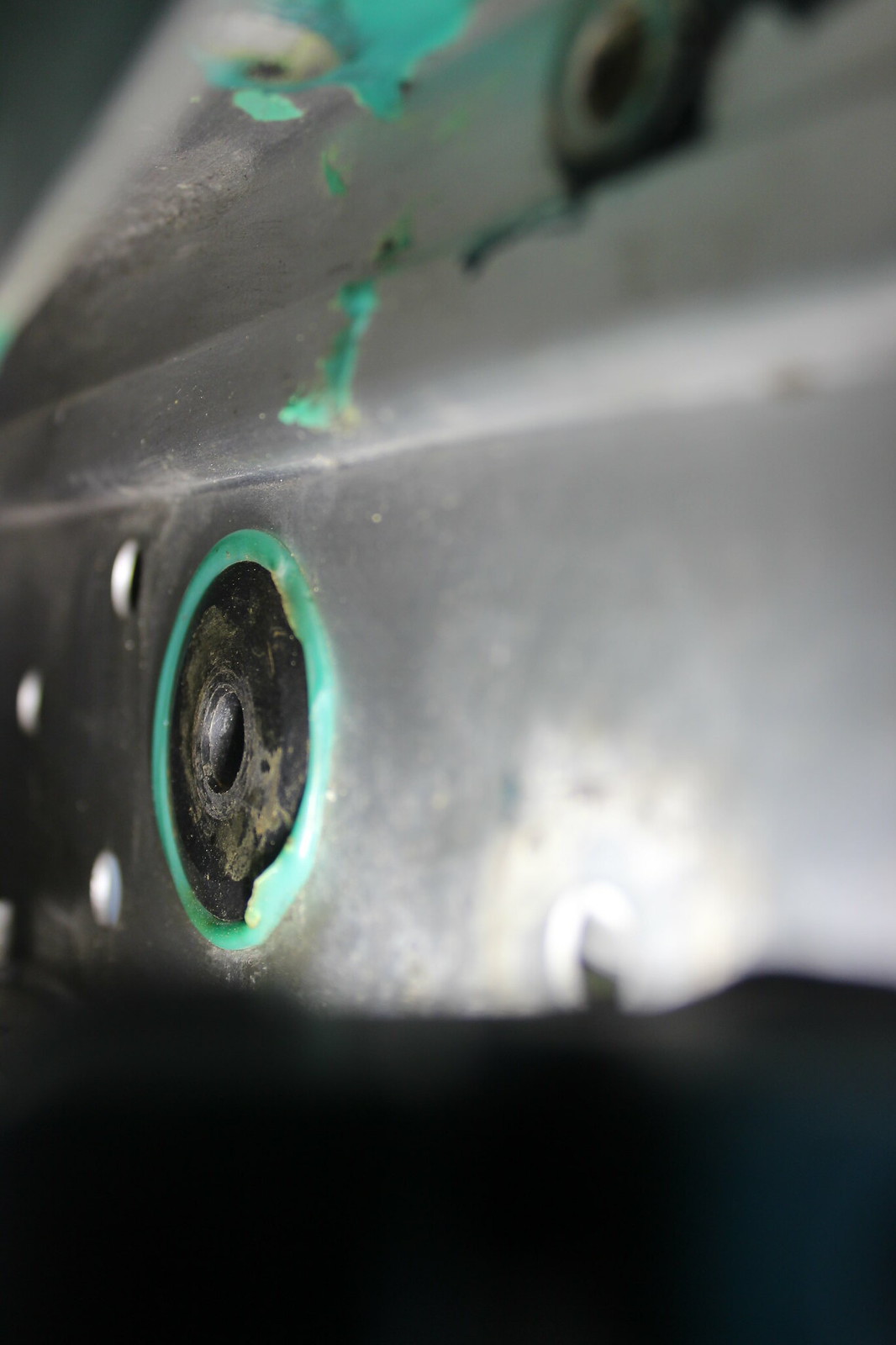 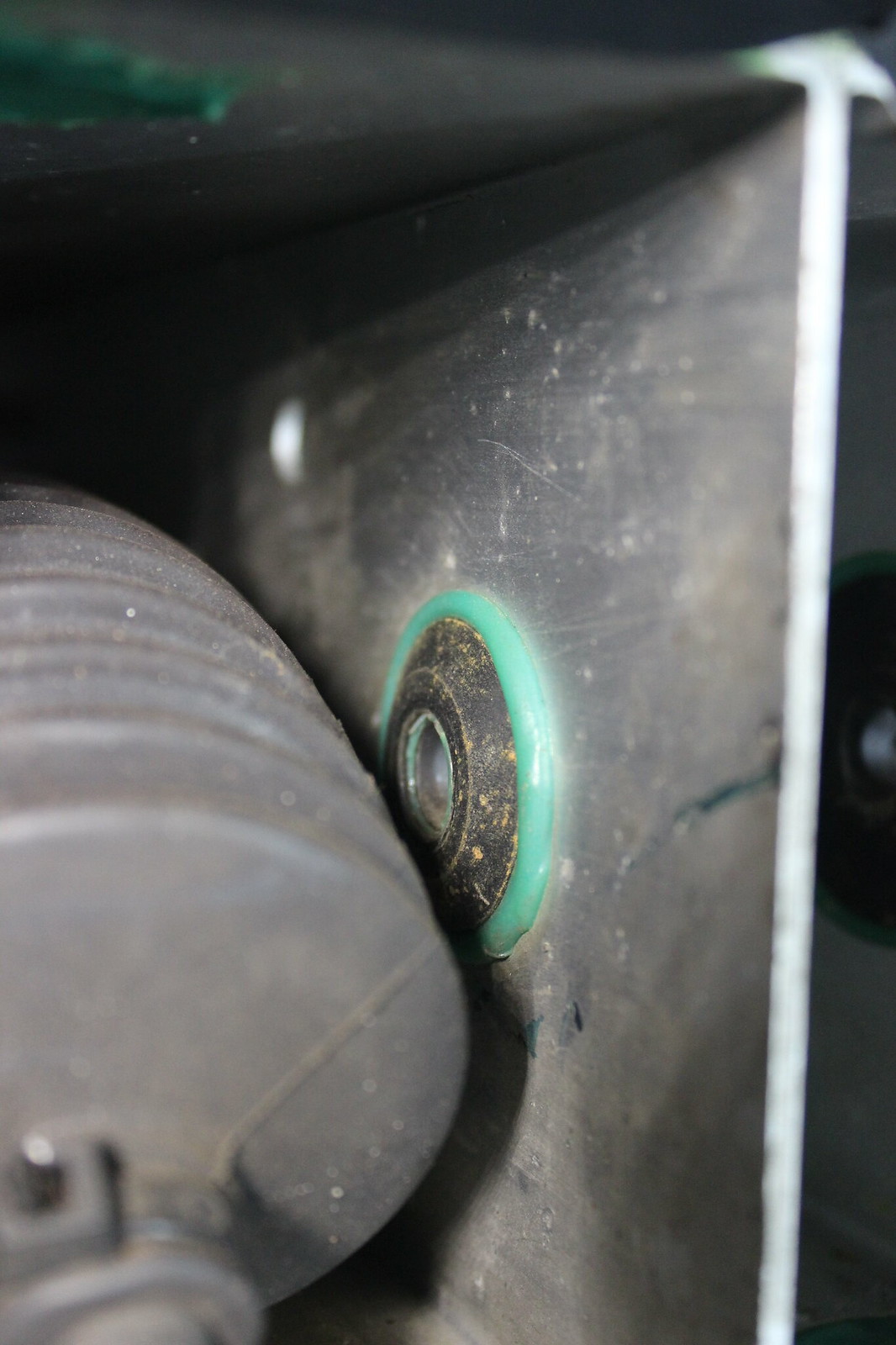 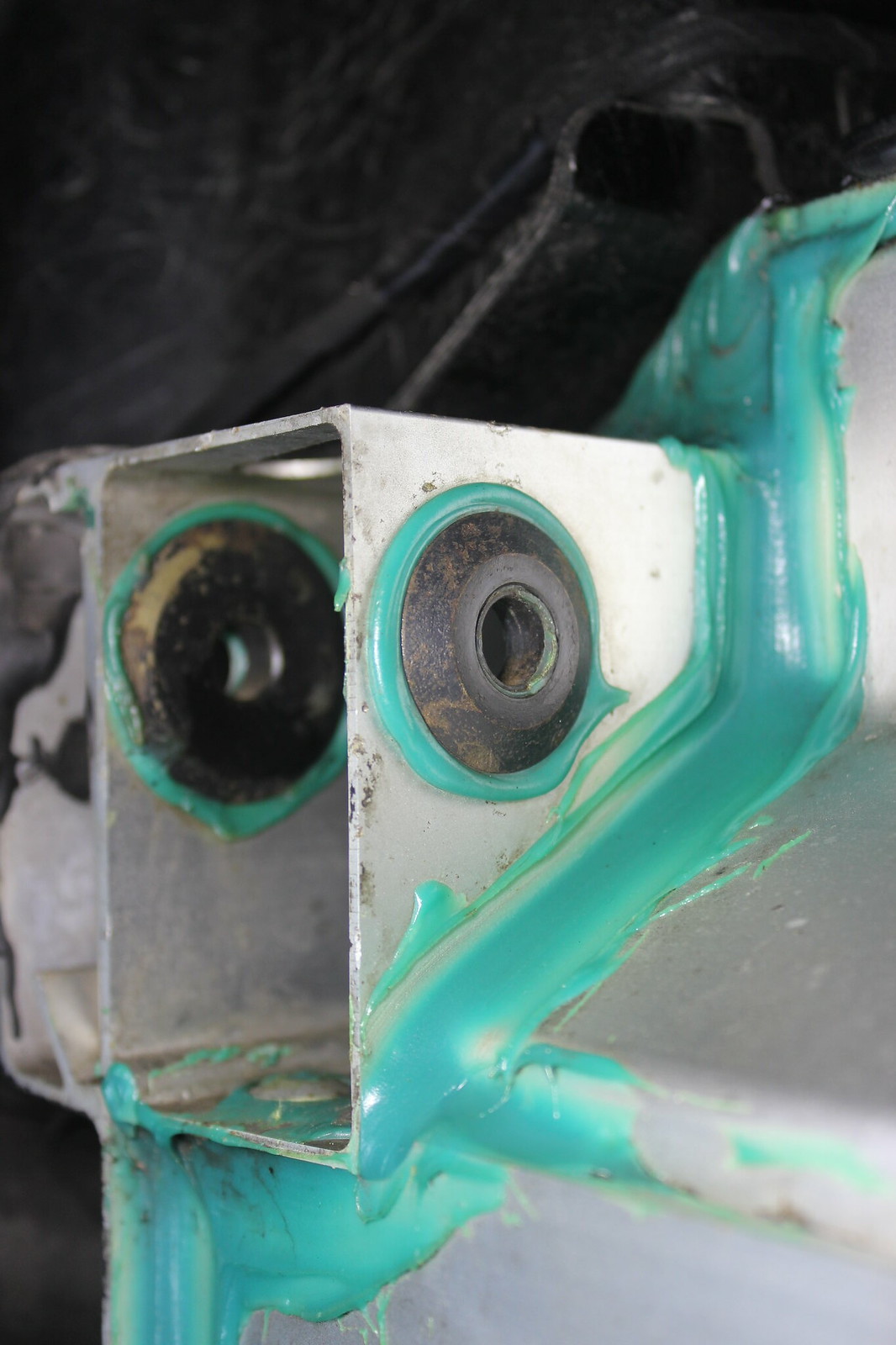 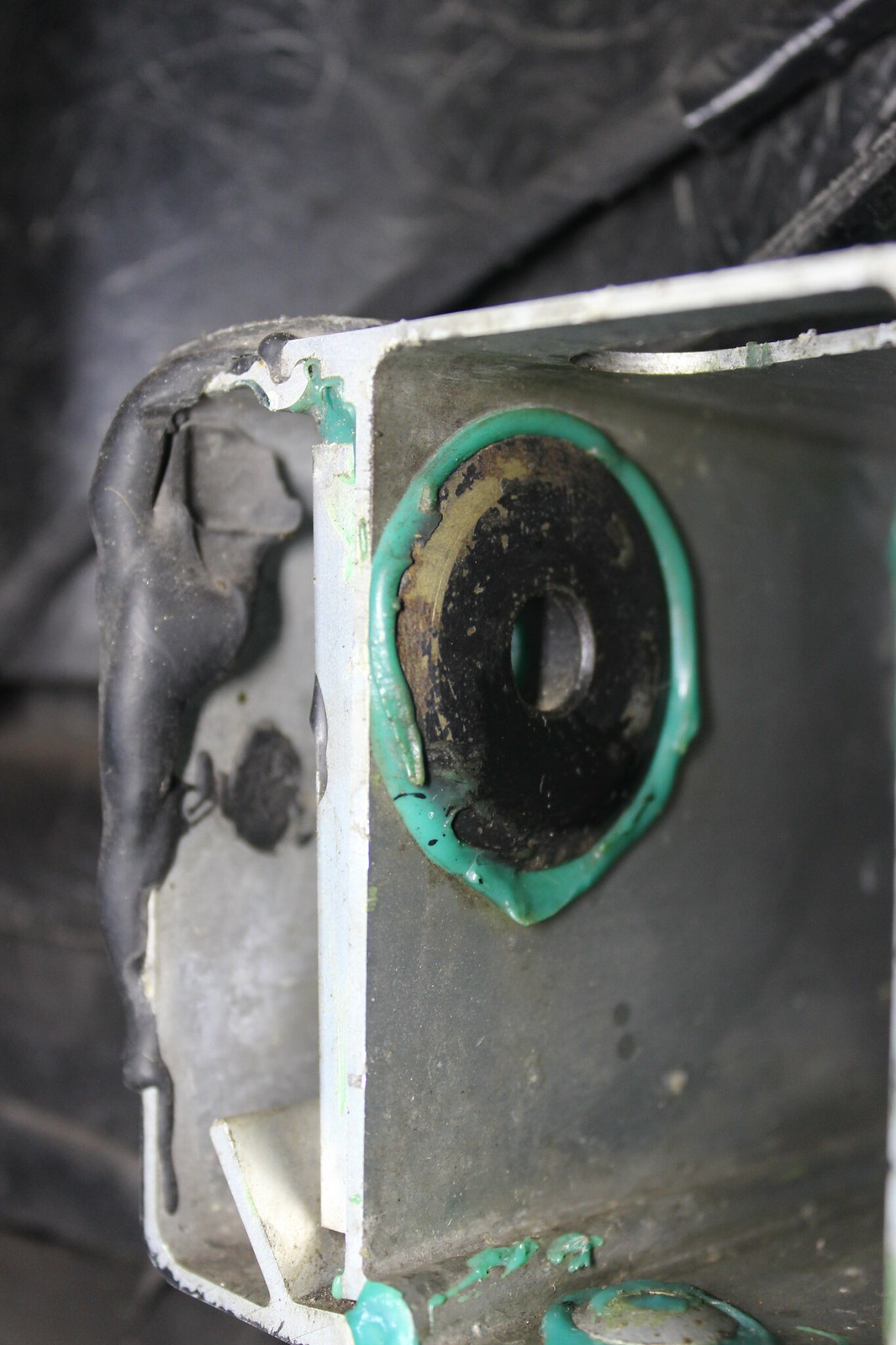 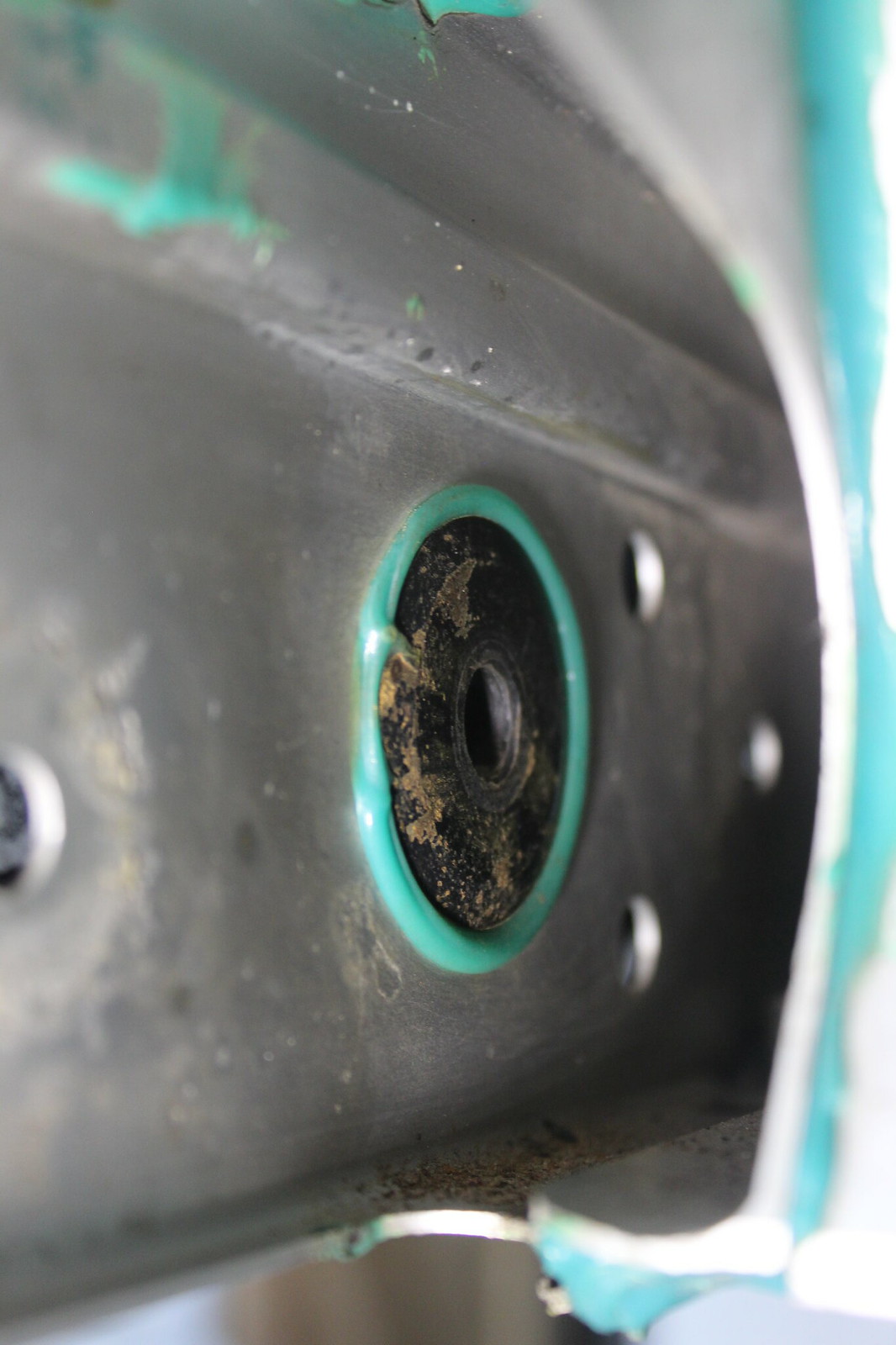