After doing a few more miles I still wasn’t fully happy with the engine movement. It had definitely improved with the addition of the poly bush at the front of the gearbox but I wanted it better. Again, I’m not really interested in those shiny engine torque dampers, particularly the ones that aren’t really dampers at all, just to mask the problem of tired engine mounts. So I ordered a pair of poly bushes for the engine and gearbox mounts. I went with the yellow road spec again as I don’t want too much engine noise being transferred into the car. 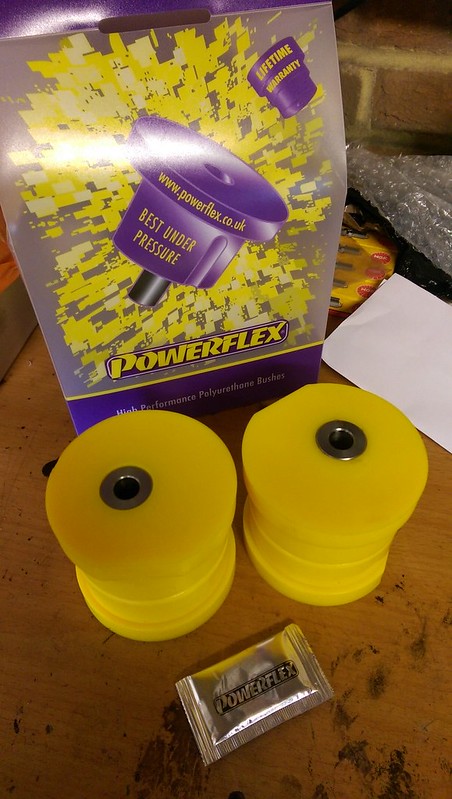 Had the engine side one out in no time. Easy to get the mount off the car and the bush came out without a fight. 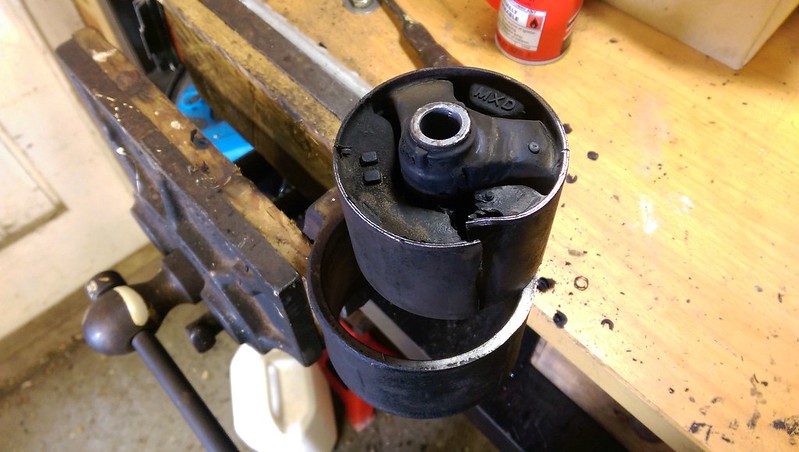 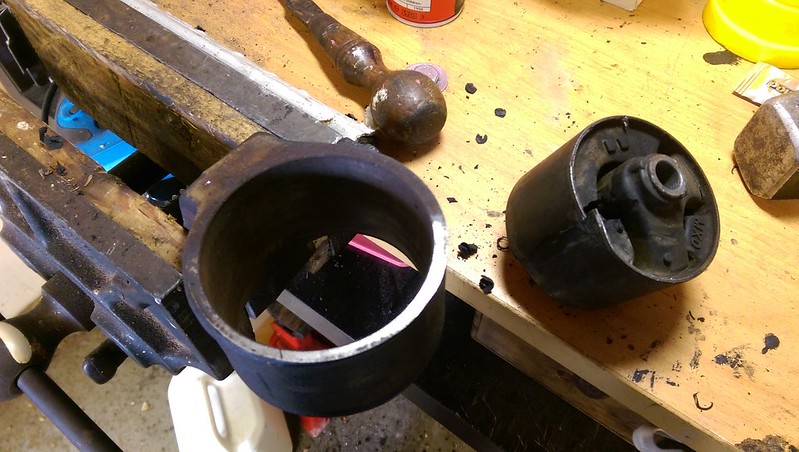 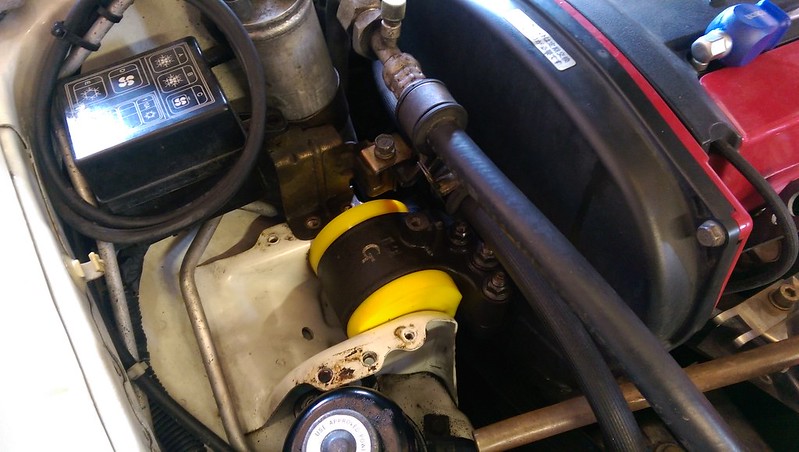 That was far too easy!

So next came the swearing and fighting when doing the gearbox mount. I thought I might just be able to support the gearbox with a jack under the car, unbolt the mount then pull it out. When I looked at it more closely I could see that was unlikely to work but I still tried. In the end I had to get under the car and remove the north south support under the gearbox to get the box low enough and I had to remove a couple of the studs from the gearbox that the mount bolts to. Even then it was a bit of a fiddle but it eventually came free. 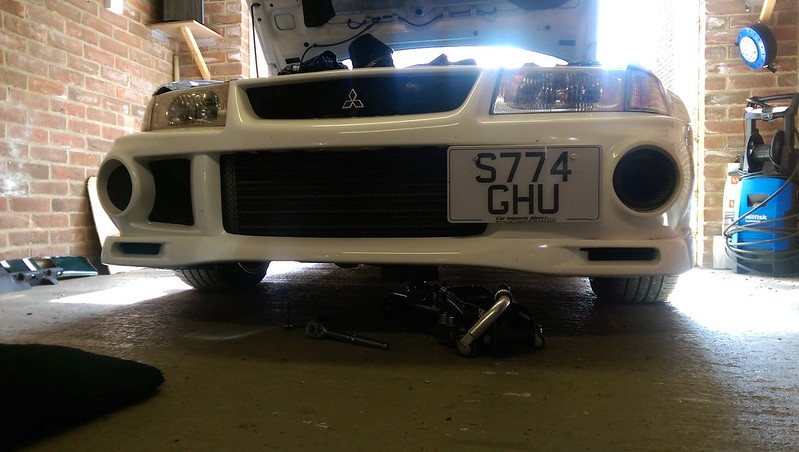 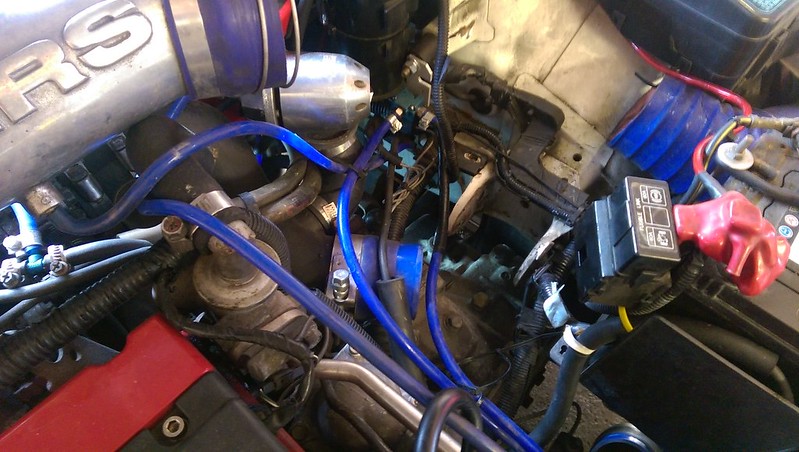 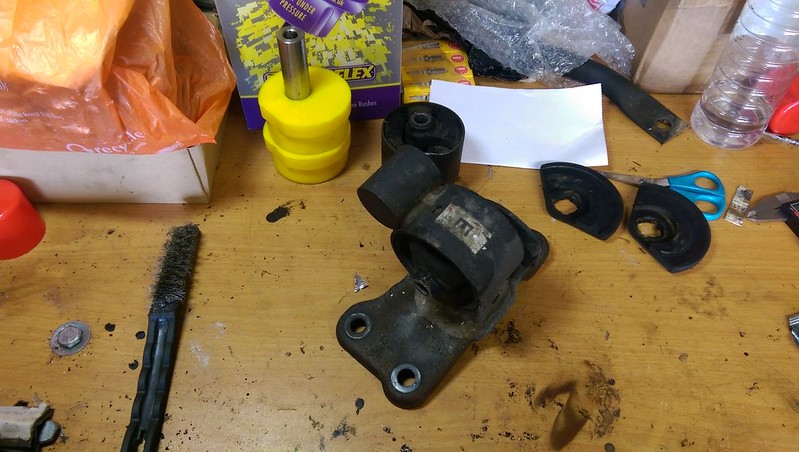 The bush didn’t come out as easily as the other side but it gave in in the end. 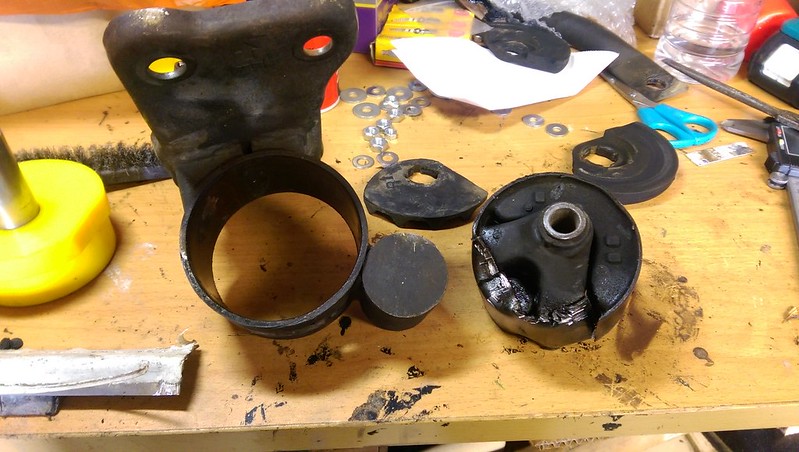 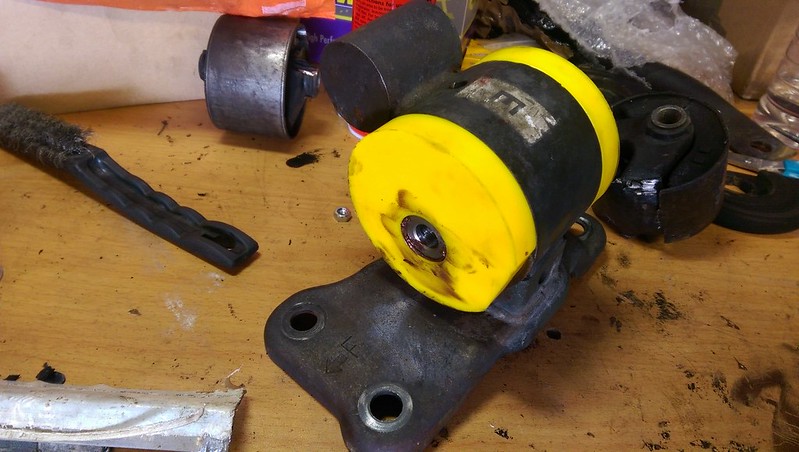 Another fight and some specialist words and phrases later and it was back in place. 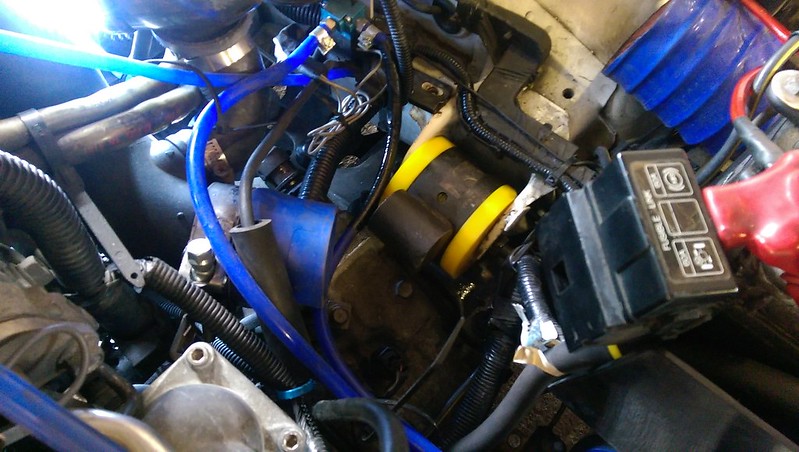 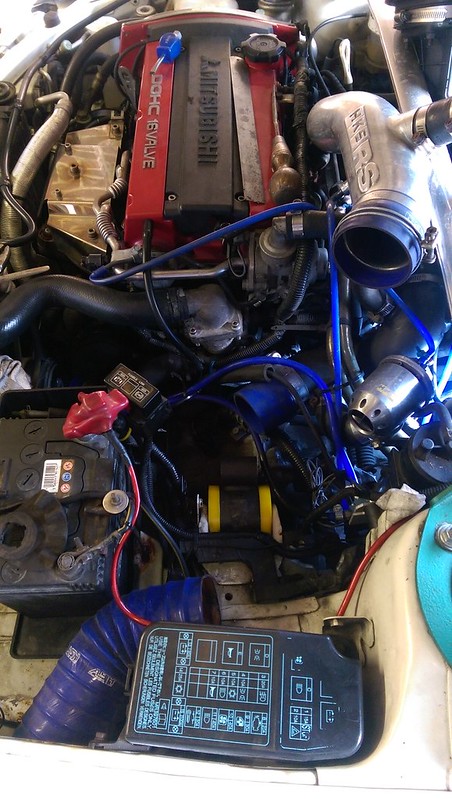 Only thing left to do was drive it!

They have made a great improvement. I can feel there is far less movement when getting on and off the throttle and the gear change is a little more direct which I noticed just moving out of the garage. There is a bit  more noise and vibrations transferred into the cabin. Not a massive amount though there are a couple of new rattles inside that must be hitting some resonance that they didn’t before but it’s nothing that cant be found and stopped. Also there is more gearbox/transfer box noise transferred to the cabin, not a huge amount but the faint sound that was there before is now a little more noticeable. I expect the change in noise is only really noticeable to me though as I was so familiar with the way it sounded before and I’m always listening for new noises. Overall well worth the time and relatively small cost for a genuine improvement.