I think Chris Harris described the MX5 chassis as having the structural rigidity of a fish finger, or something like that.  Well I could see what he means and I’m sure the wheels and suspension on mine only exaggerating the problem so I thought I’d try some of the Sportdrive chassis rails as the first step towards making it perhaps a bit more like a frozen fish finger.

I bought them from The MX5 Restorer who is fortunately only 10 mins from where I work so I could go fetch them myself.  Nice guys down there by the way.  Having had a bit of a chat and a cheeky nose around I think I’d be happy to leave my MX5 in their hands for work if I didn’t do everything myself. 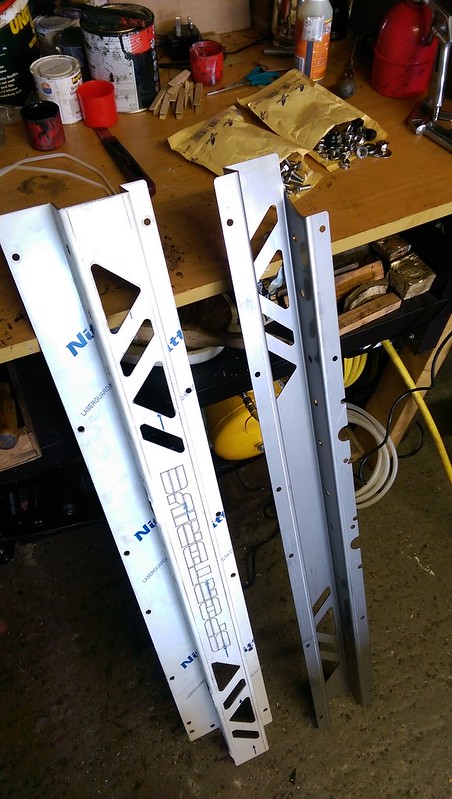 drilled holes first. I used a bit of stainless angle here along side the fuel lines to protect them from any drilling mishaps. 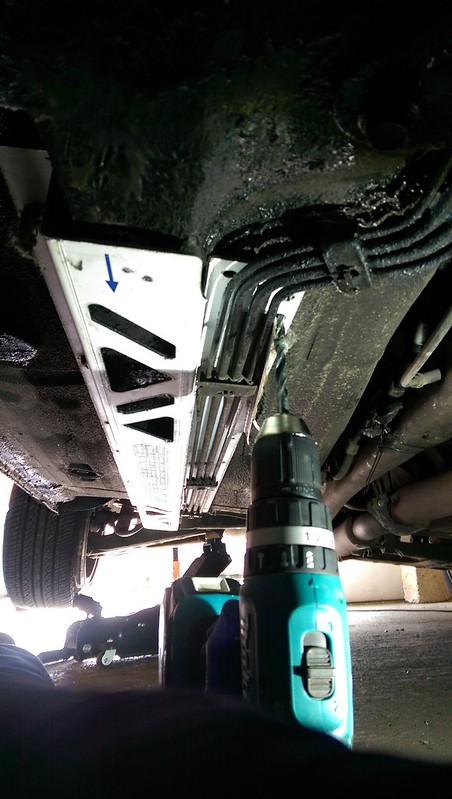 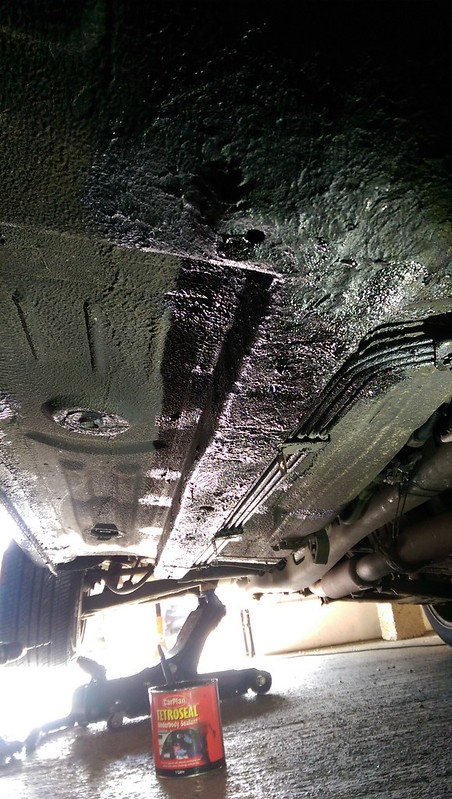 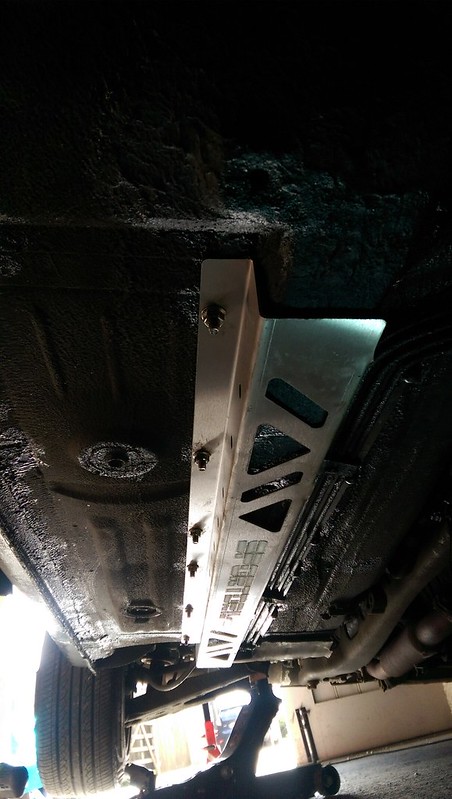 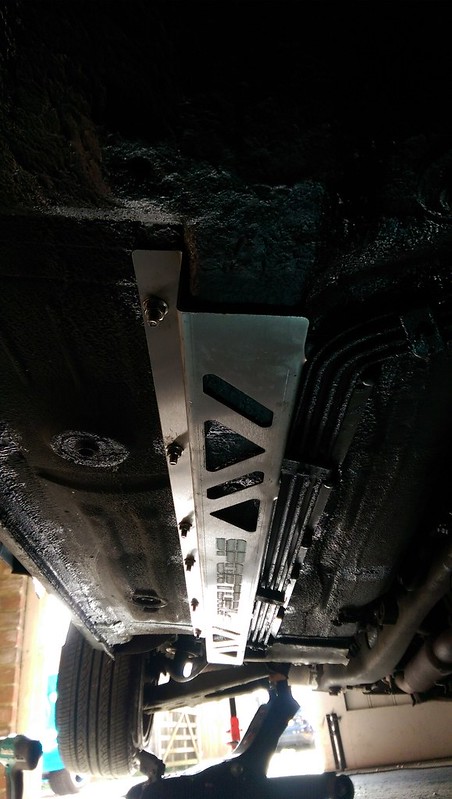 other side holes drilled 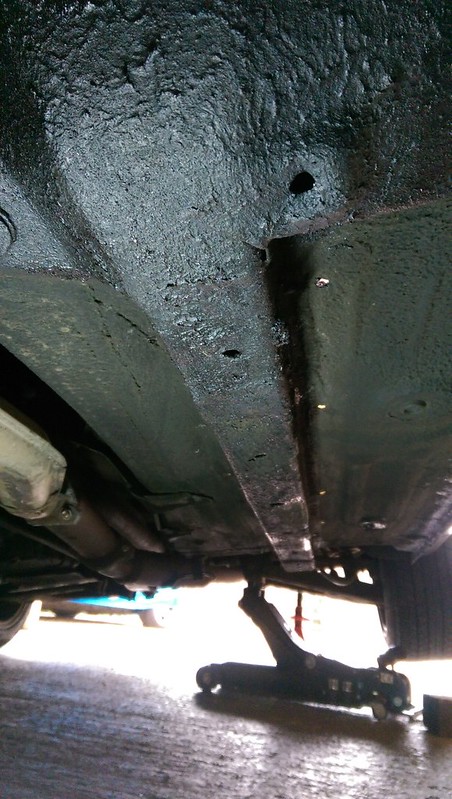 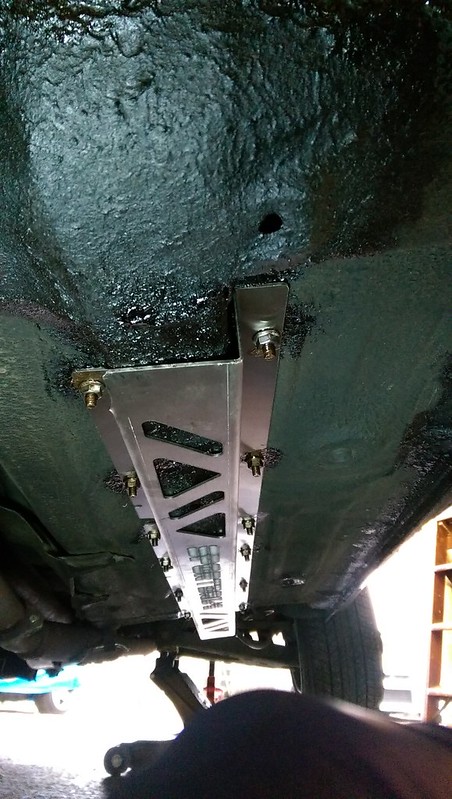 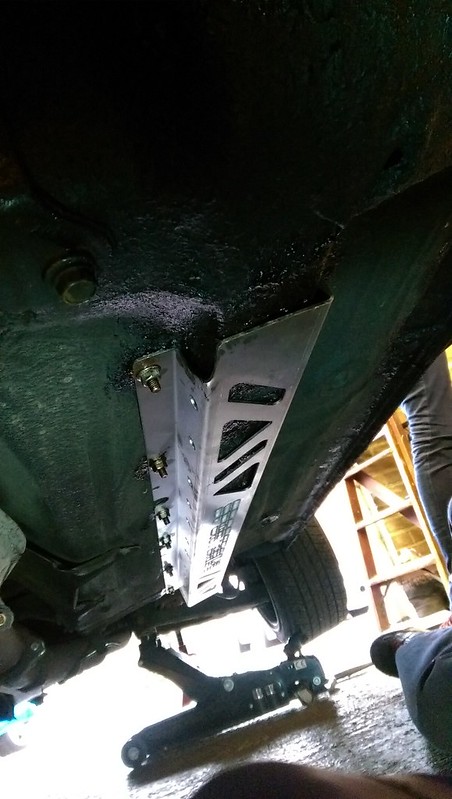 Have to say I think they’ve made a real improvement.  They’re not the single answer but certainly worthwhile especially as part of a set of chassis bracing additions.  Being an early car, mine  has no other bracing at all, not even any factory stuff underneath so it is a good test for what these braces do alone.  I’d say they greatly reduced the large ‘wobble movement’ at the rear when hitting potholes for example.  Instead the movement is much tighter and better controlled without seeming to keep oscillating for such a long time after the initial bump.  It feels like the suspension is begging to be allowed to do it’s job instead of just flailing around on the underneath of a wobbly shell.   The addition of a hardtop will be the next thing to improve rigidity more.  Then maybe some bracing but my subframes don’t have the pickup points for the OE braces so it’s not going to be an easy bolt on job.