While checking for any movement in the suspension, prior to MOT time, I noticed a small amount of movement in the pass’ side ball joint. I doubt it would have even been noticed in the MOT but that’s not the point really is it.

These don’t come cheap! Funnily enough, the week before, I did all 4 ball joints on my wife’s Mini for less than half the cost and in half the time! 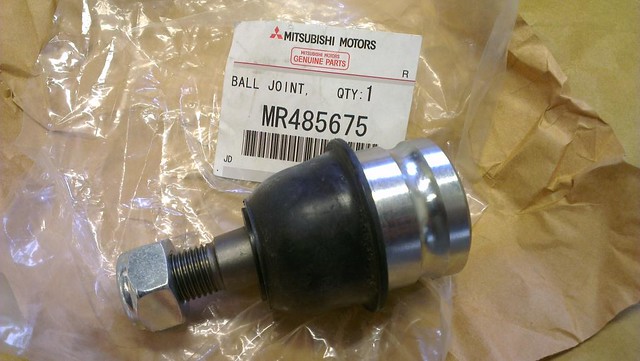 Old one off, new one ready to go on with plenty of copper grease so it comes off again without a fight 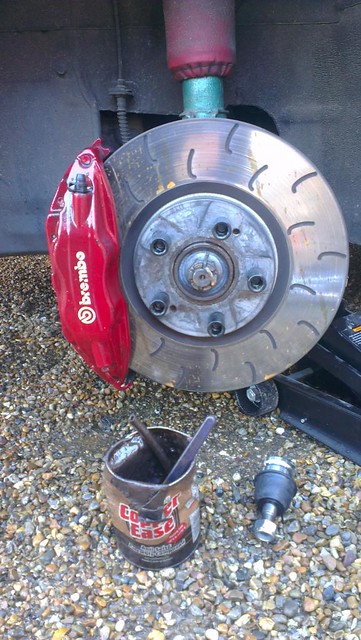 I bought some super pro poly bushes for the front arms. I got the ones with offset rear bush for increased caster.

I knew getting the old bushes out would be a huge PITA so I knocked up a press using an old bottle jack. 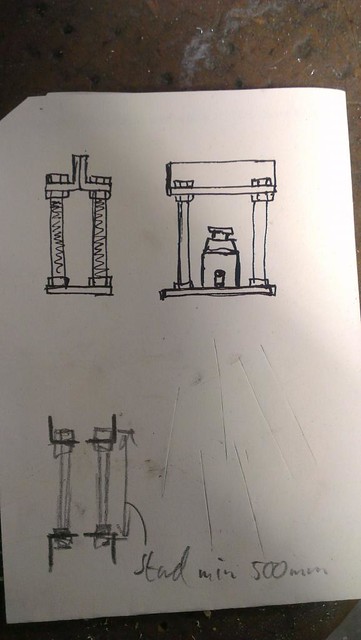 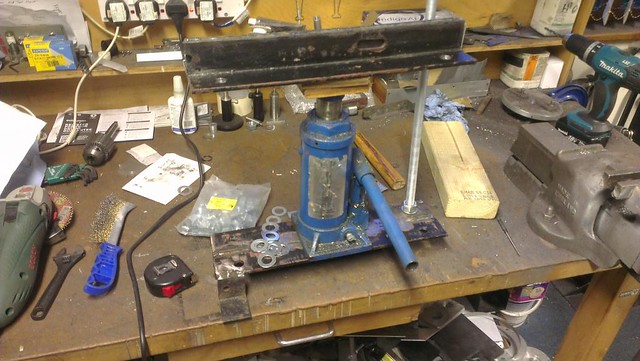 finished and ready for action 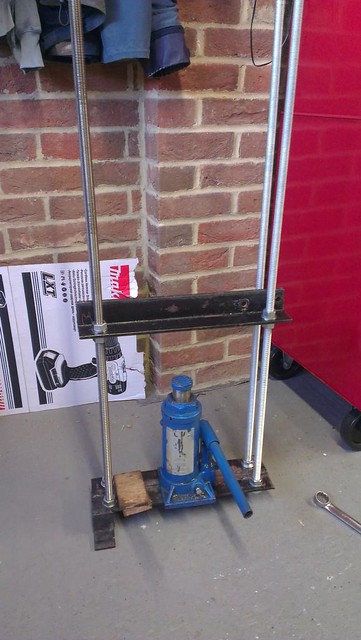 following a a bit of a struggle the first one came off. also in this picture are a of couple bits I machined for pressing the bushes out. 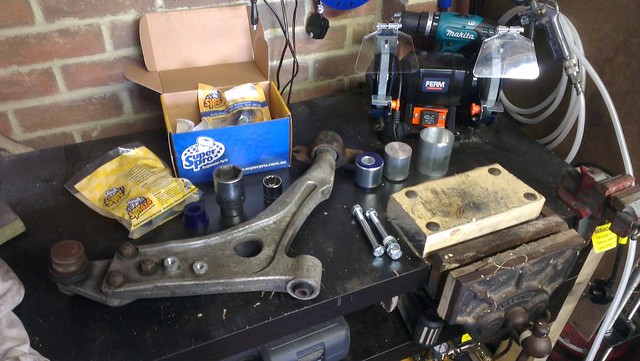 in action. these did not want to come out at all!!! 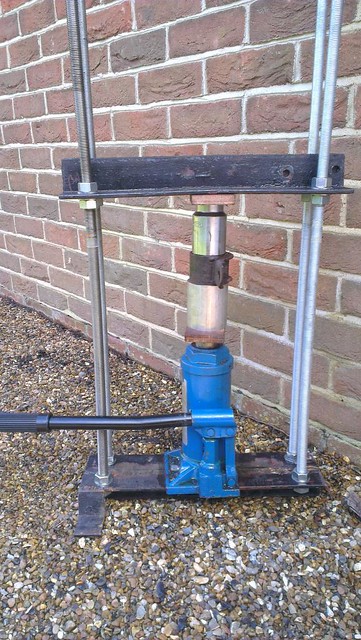 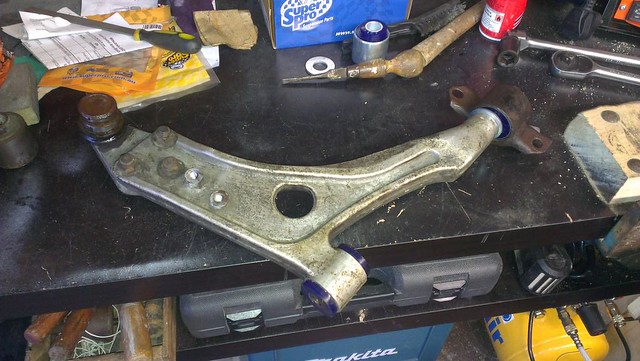 to the other side 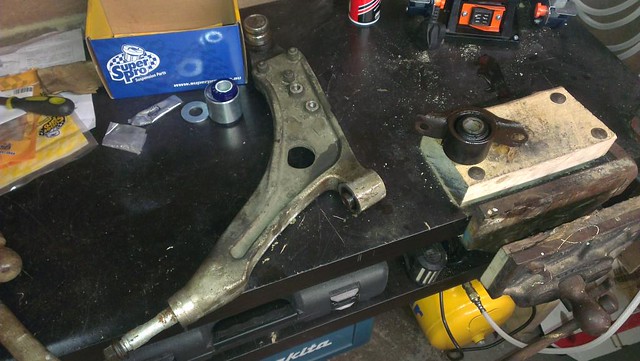 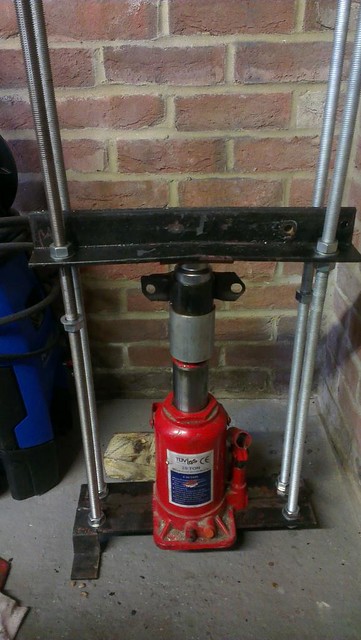 all done ready to go back on 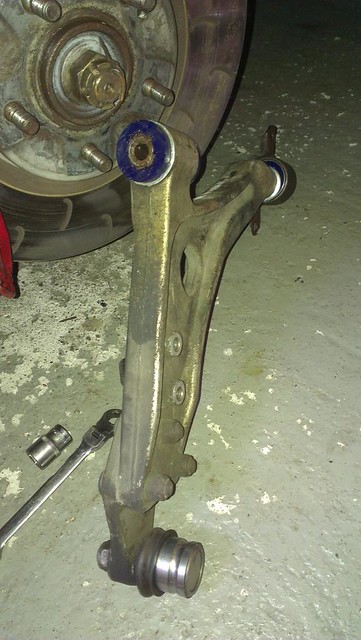 Having done all that I did the tracking. Then used it for a bit before checking/adjusting the camber…