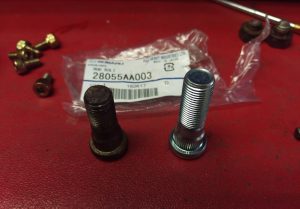 When I took the wheels off for the first time I was a bit disappointing to find a broken wheel stud. There was enough of the stud left to screw the wheel nut on but not really enough to tighten it up properly. 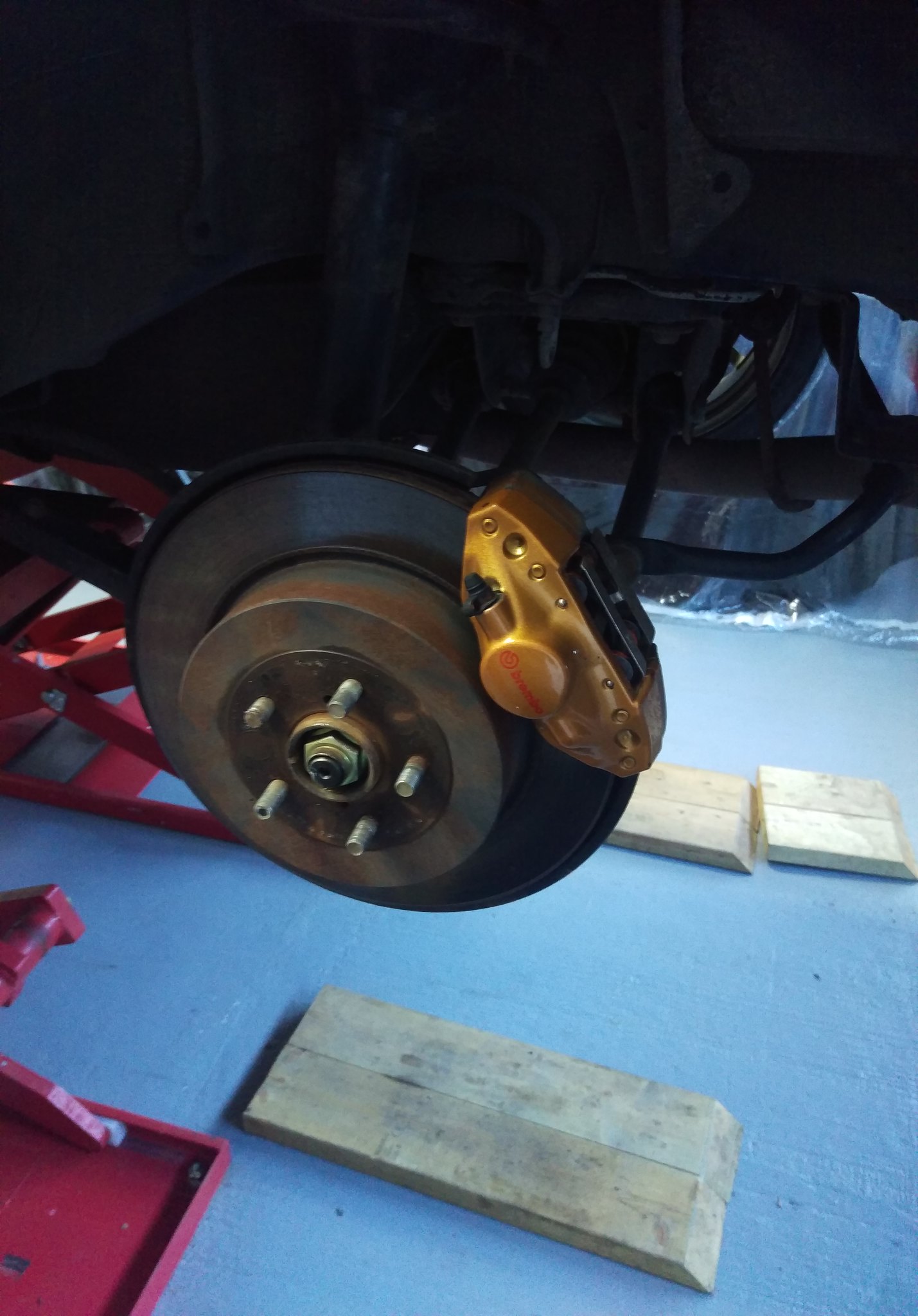 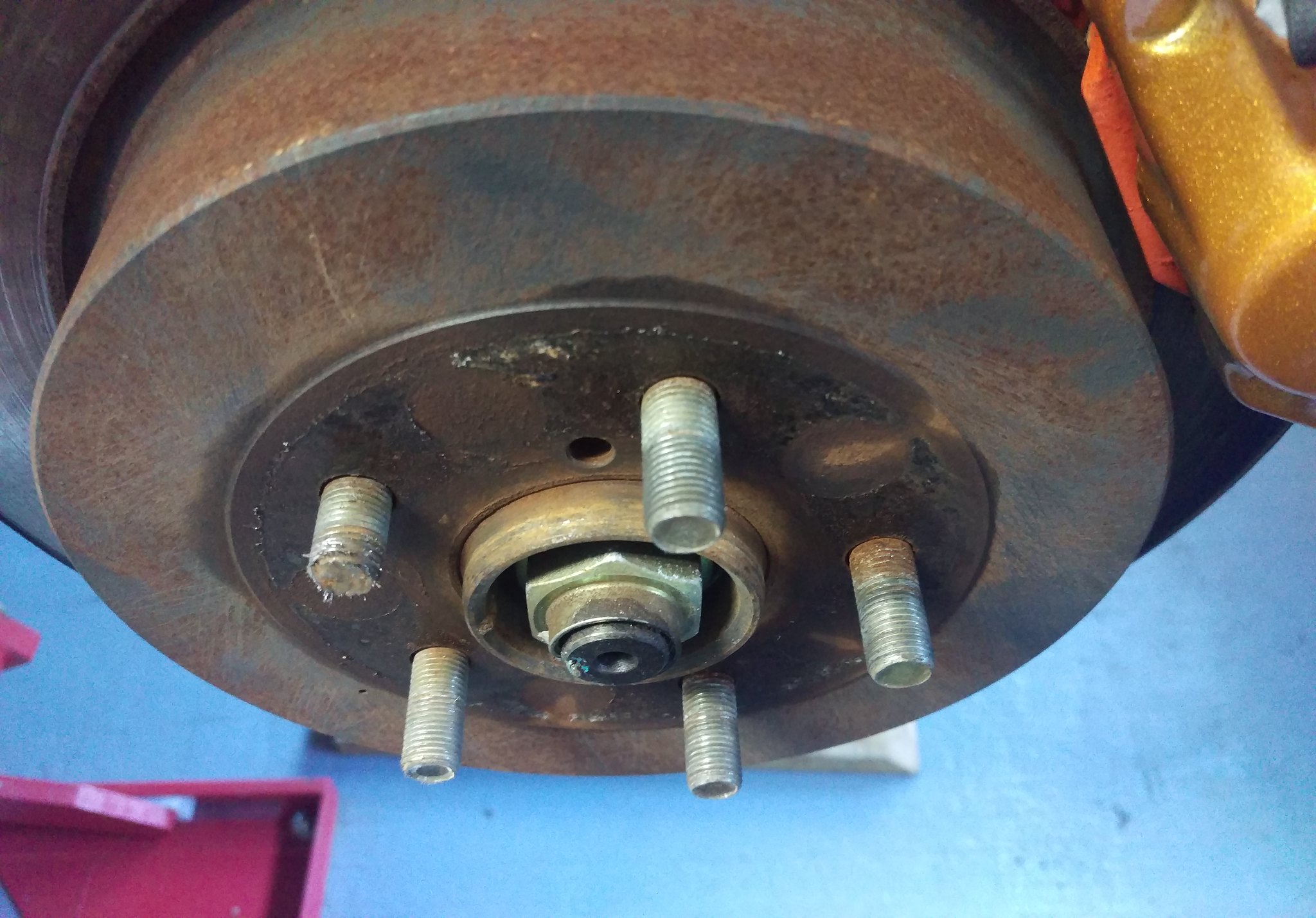 After a bit of research I found that this isn’t that uncommon so it didn’t worry too much. I ordered a genuine Subaru replacement. 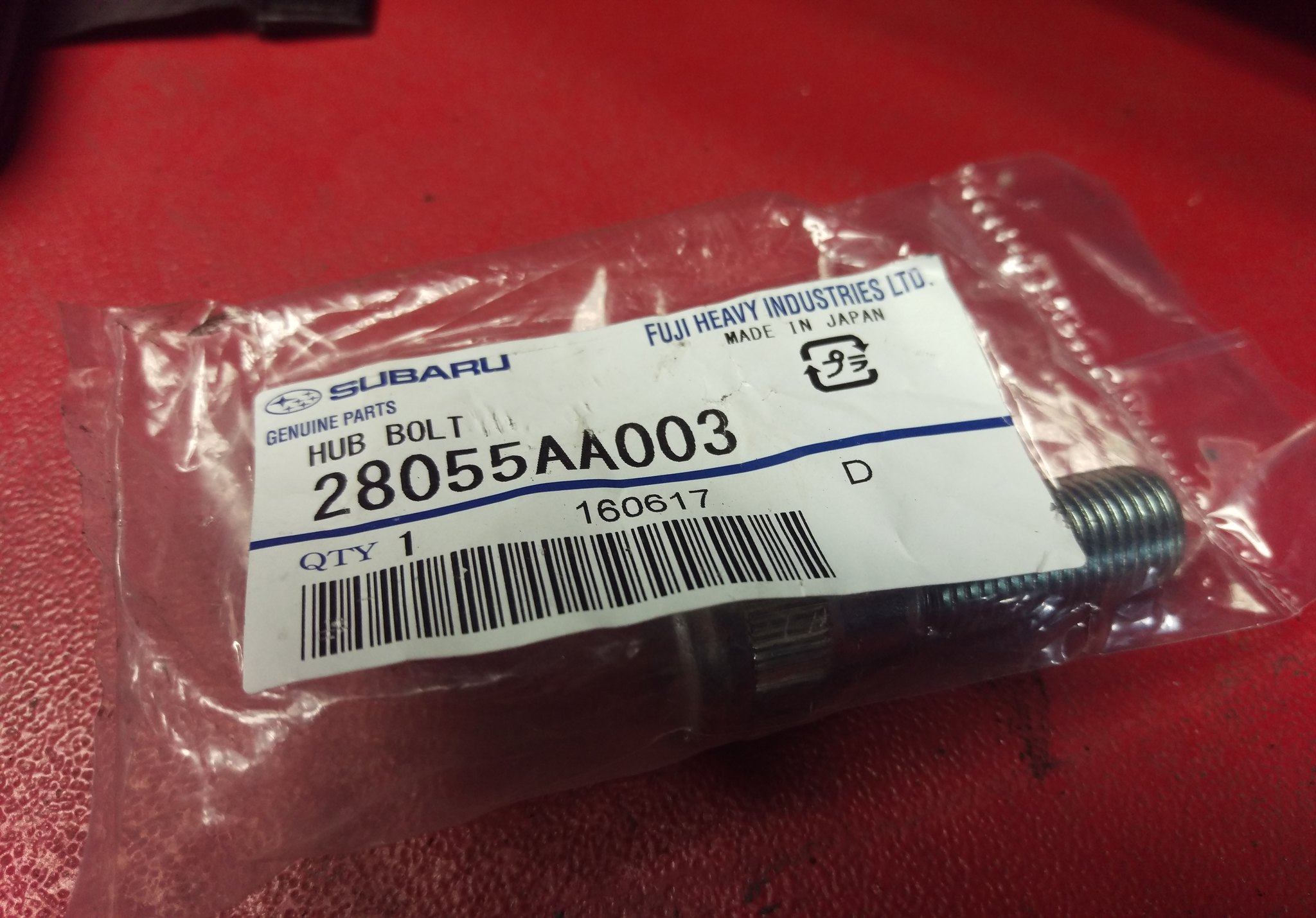 The caliper had to come off first.

Remove these from the pins holding the pads in first. 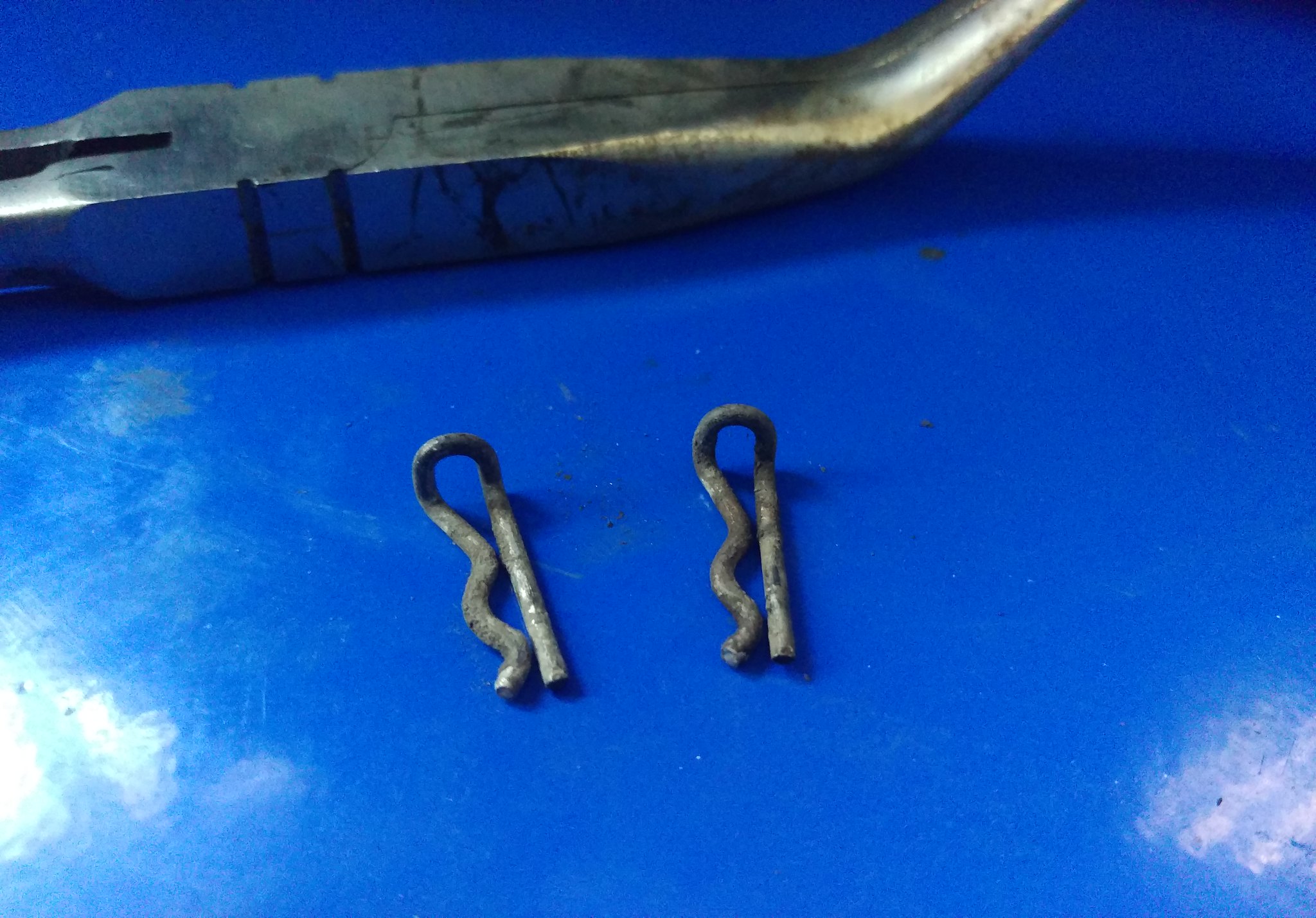 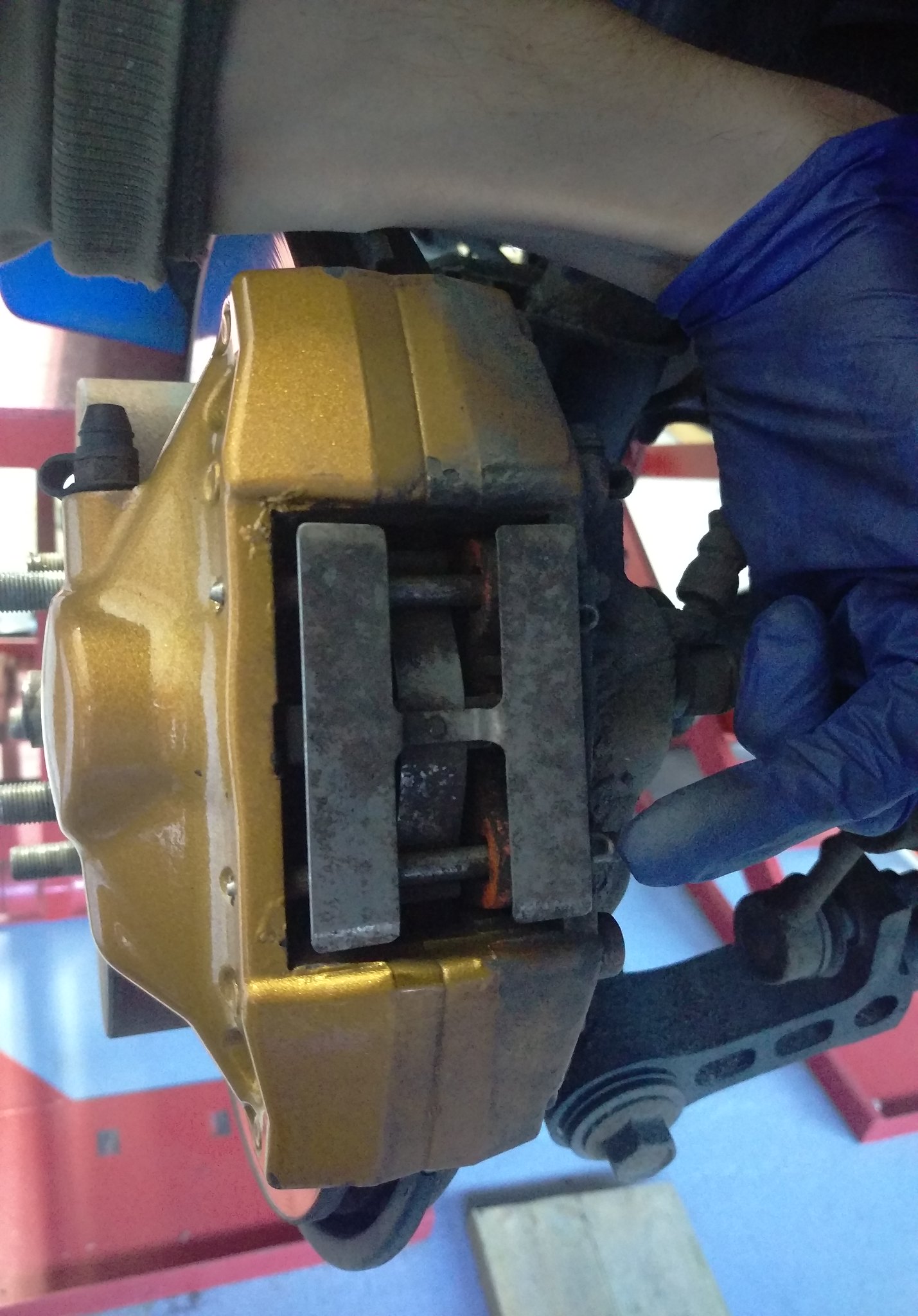 Tap the pins out. 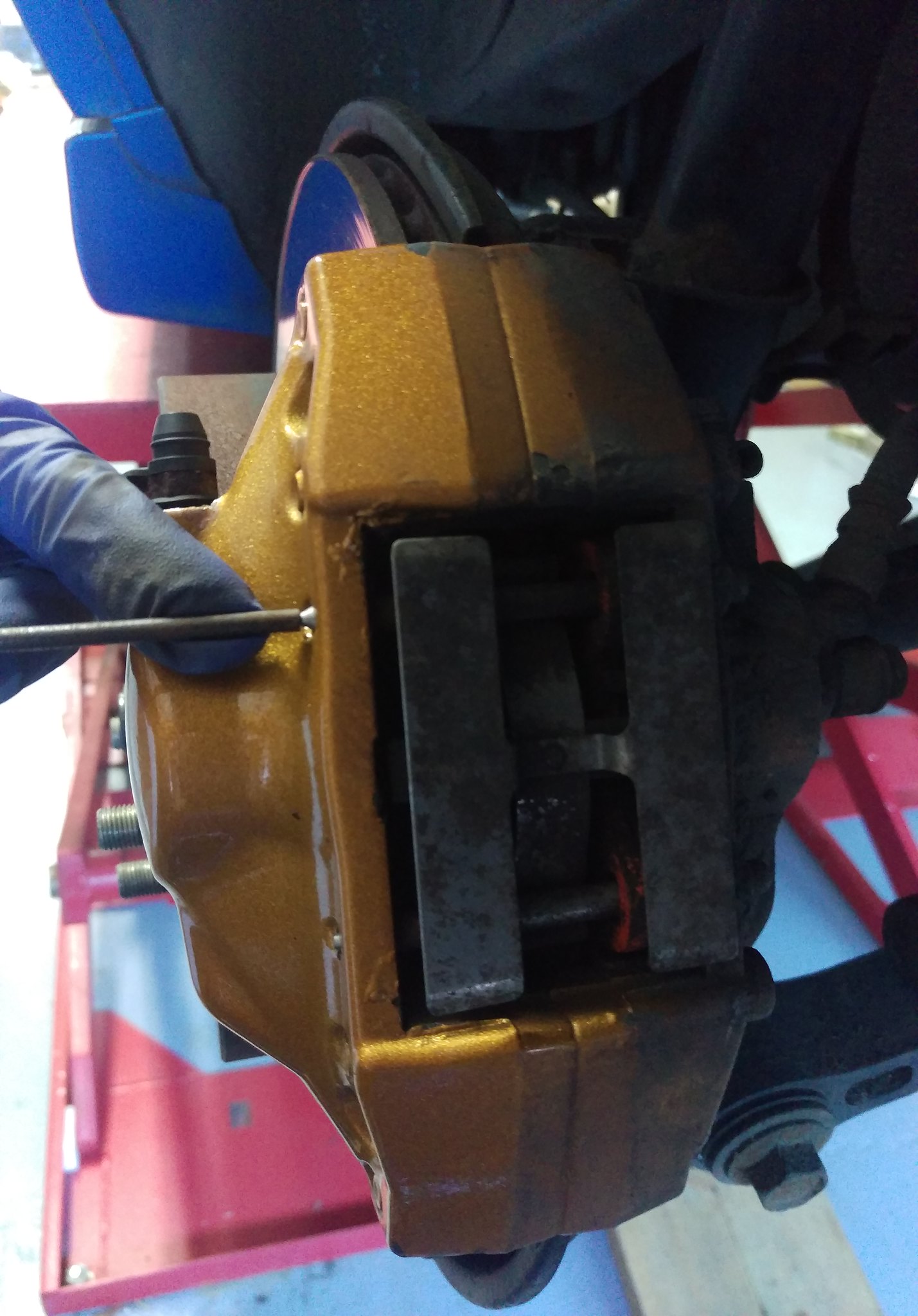 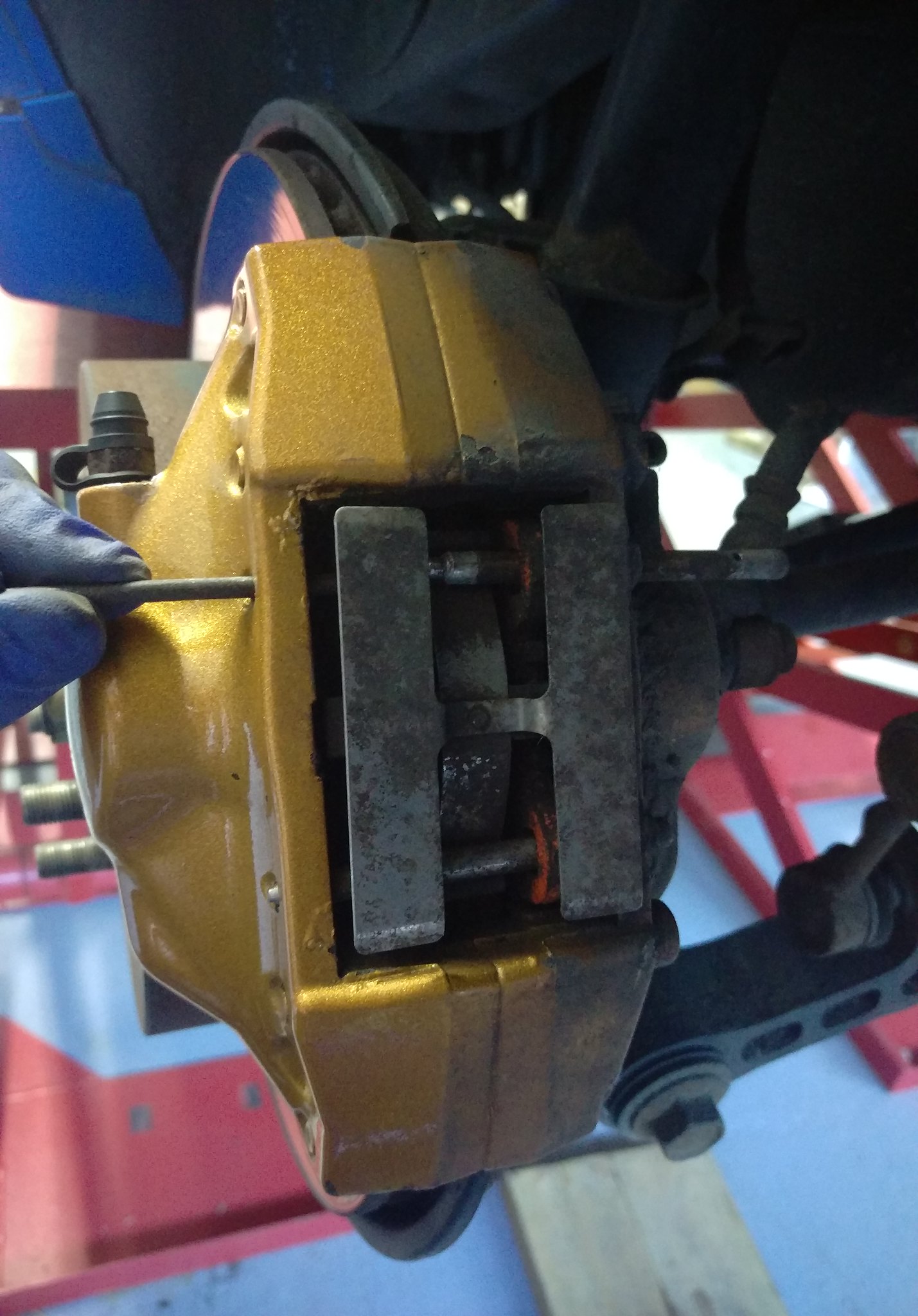 Pull the pads out then undo the caliper bolts. 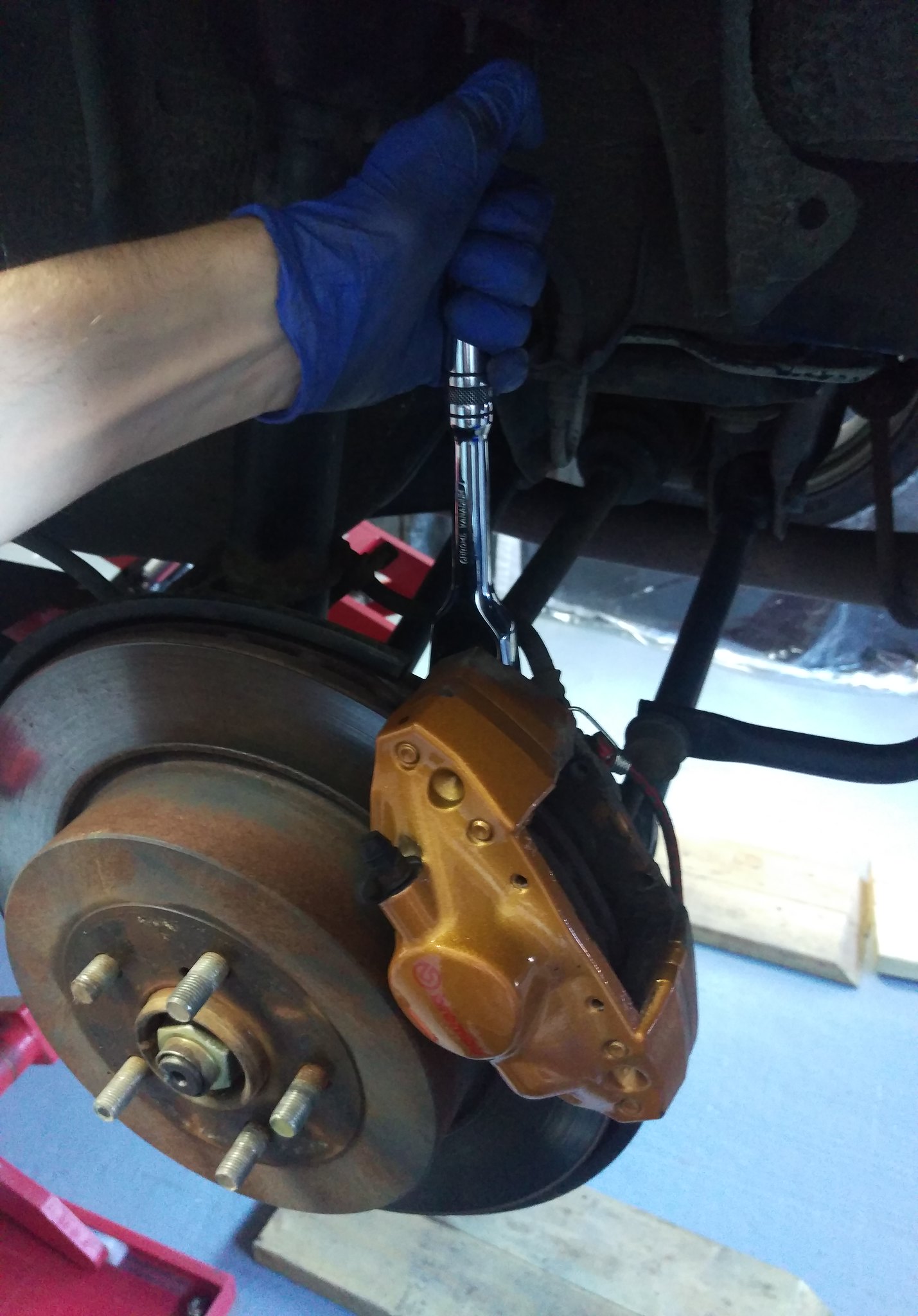 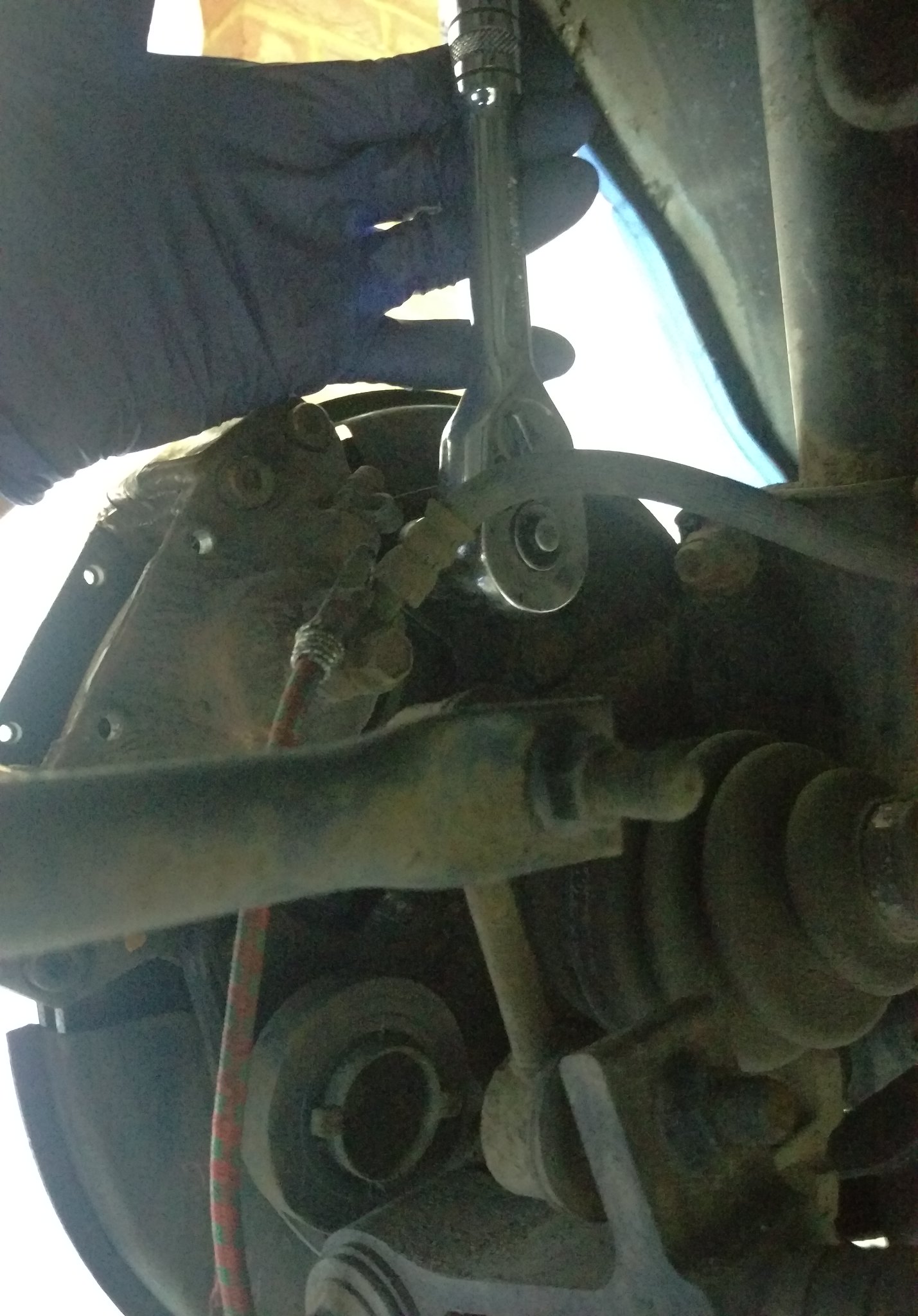 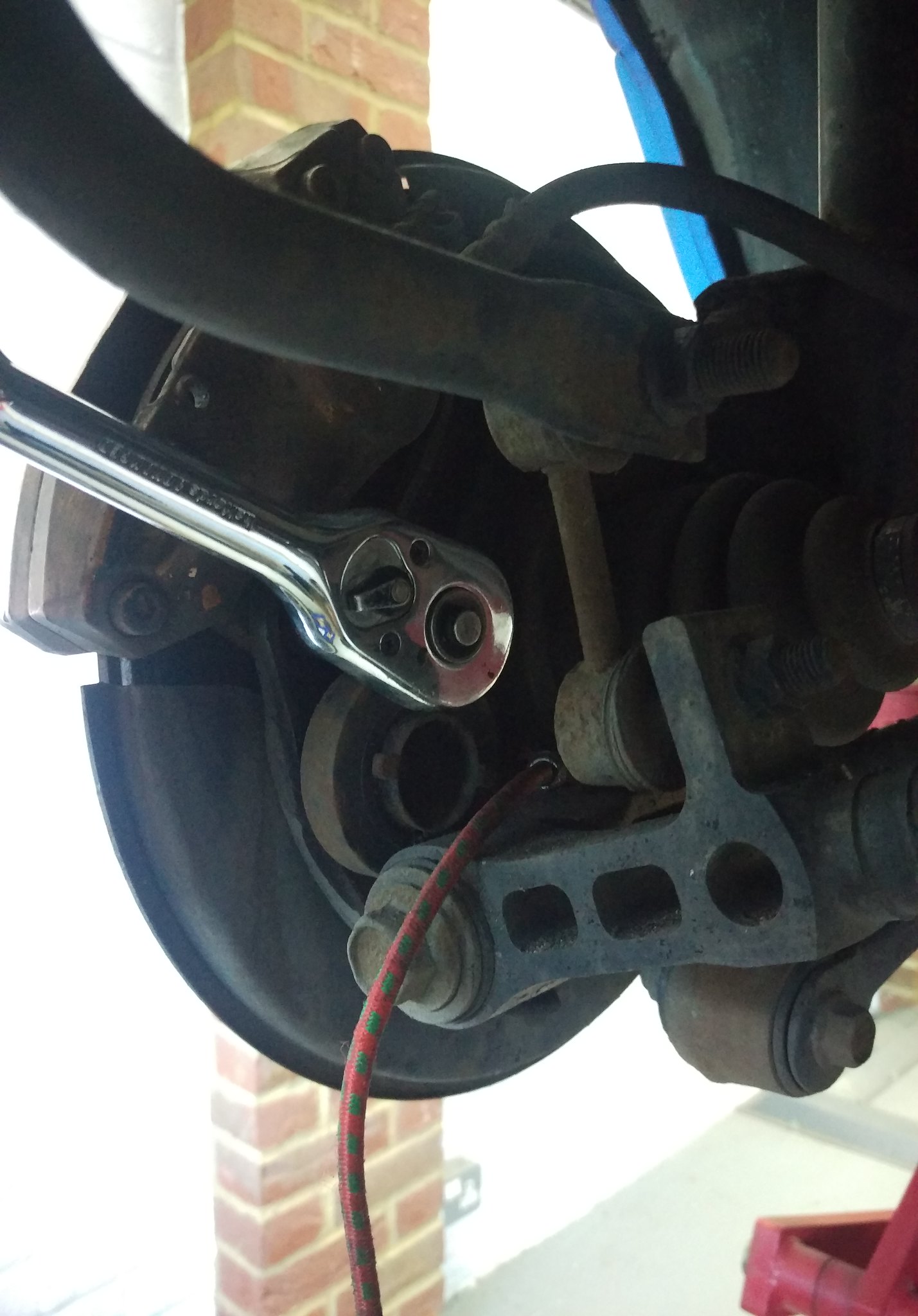 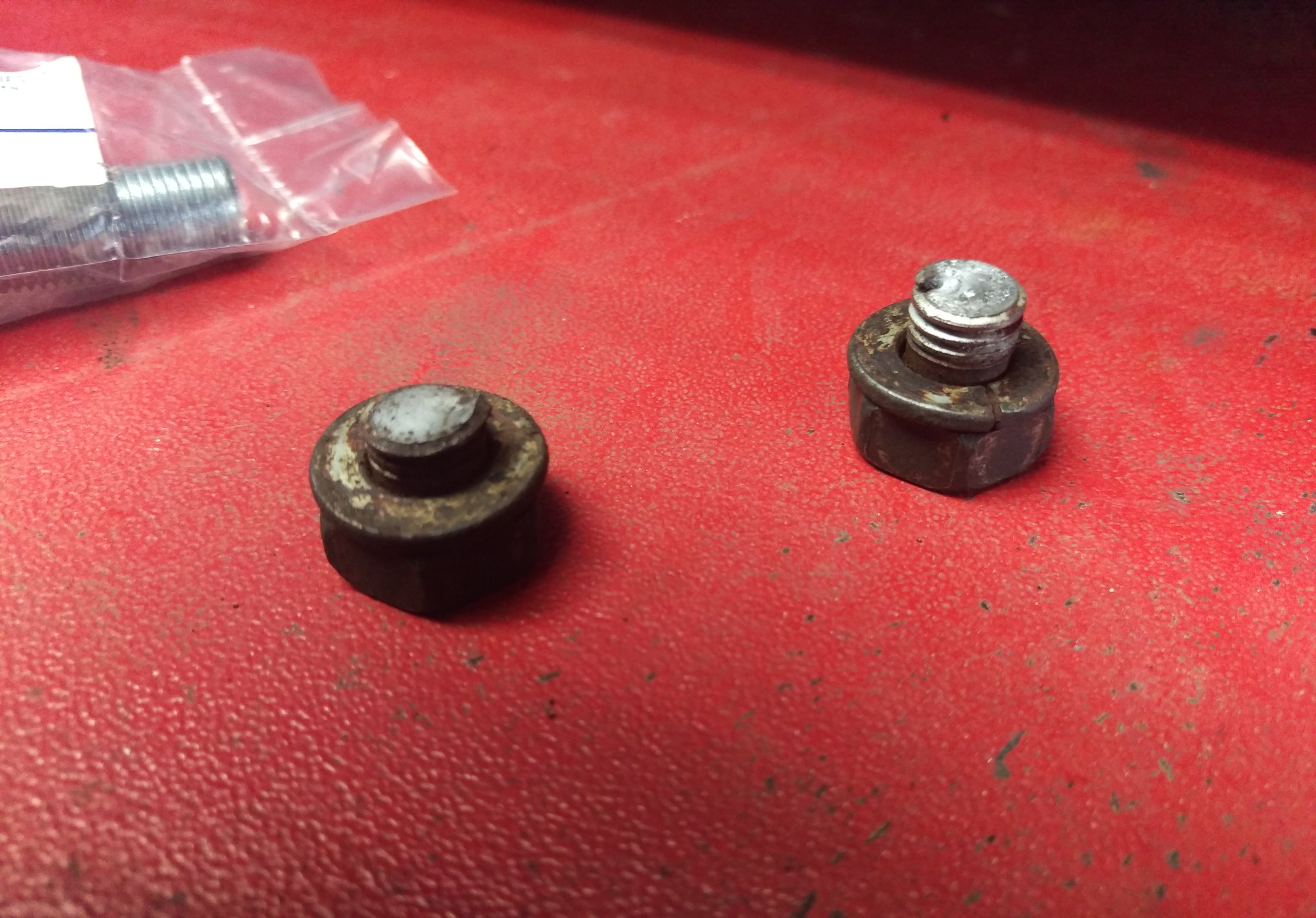 I tried all my usual tricks to prevent this happening, plenty of WD40/GT85 and taking it really easy winding the bolt in and out a bit at a time, applying some heat but they had just corroded so bad the aluminium threads were stuck to the steel bolts. I was not impressed but It’s extremely common with the Brembo calipers so I should have been expecting it really.

I’ll detail how I repaired the threads in my next post.

What was left of the bolt stuck in the caliper. At least it could be moved out the way to get on with the original job now. 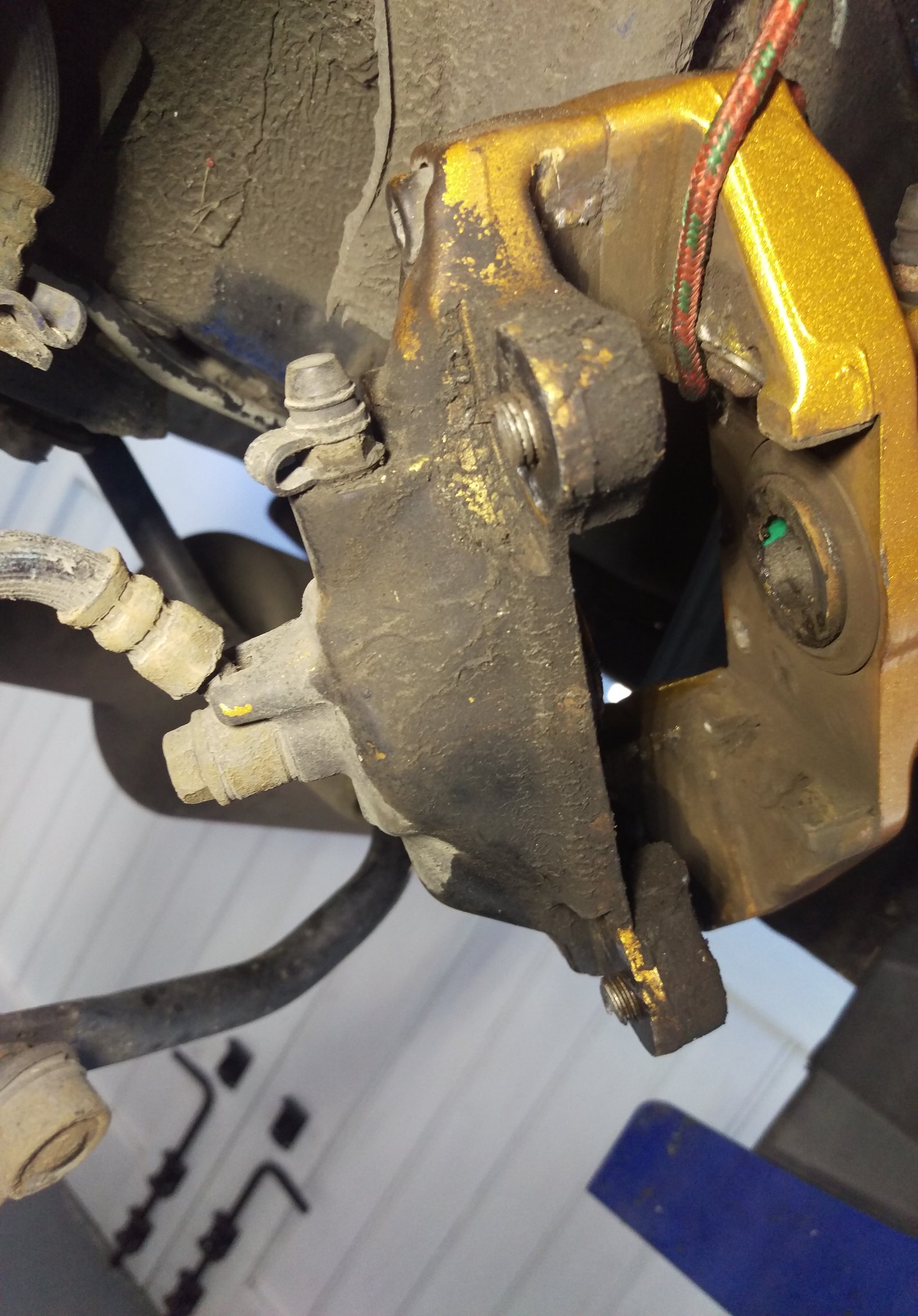 Disc/drum removed and the stud could be knocked out. 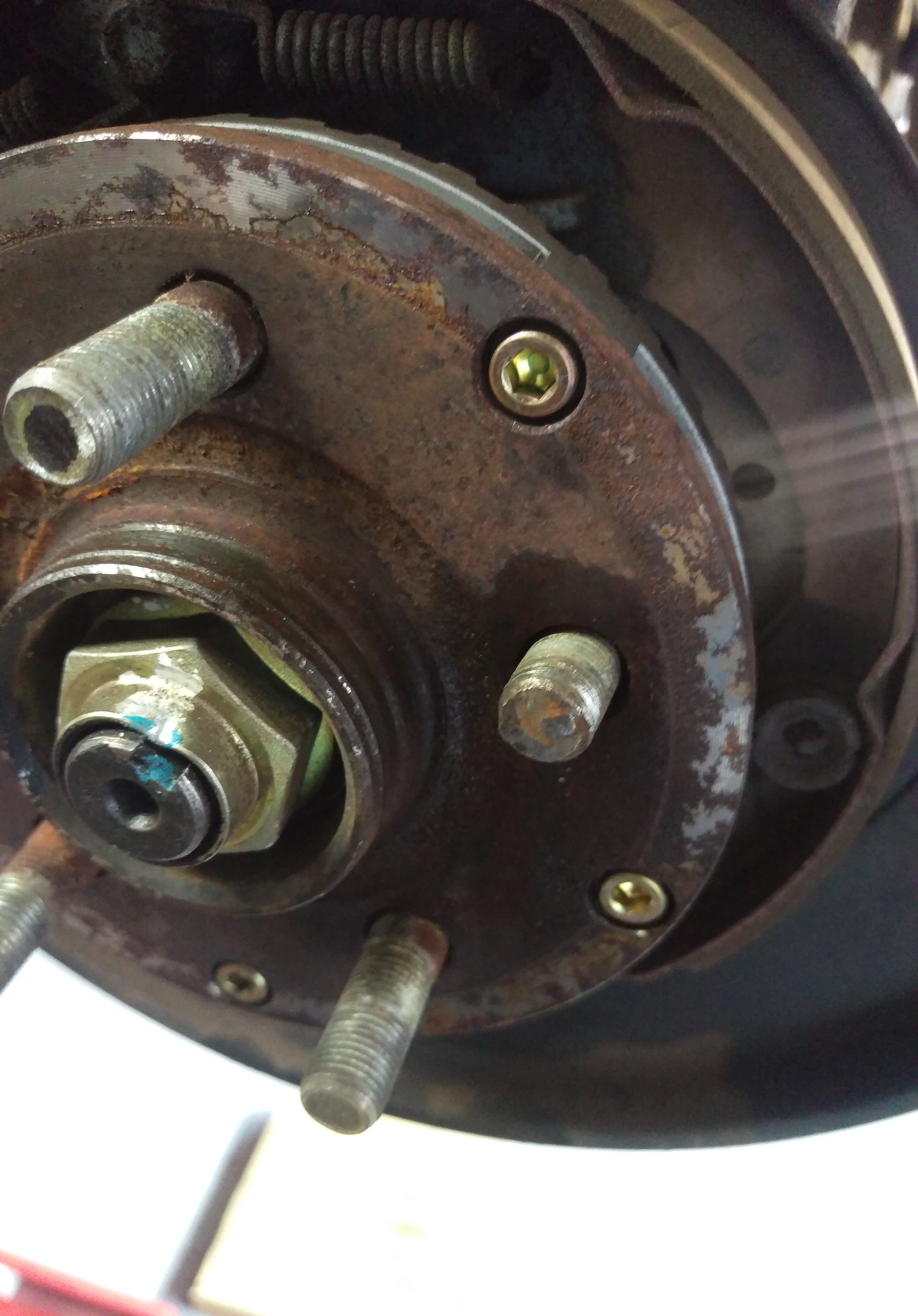 The ABS ring is in the way though so that needs to be undone so it can be manoeuvred out the way. 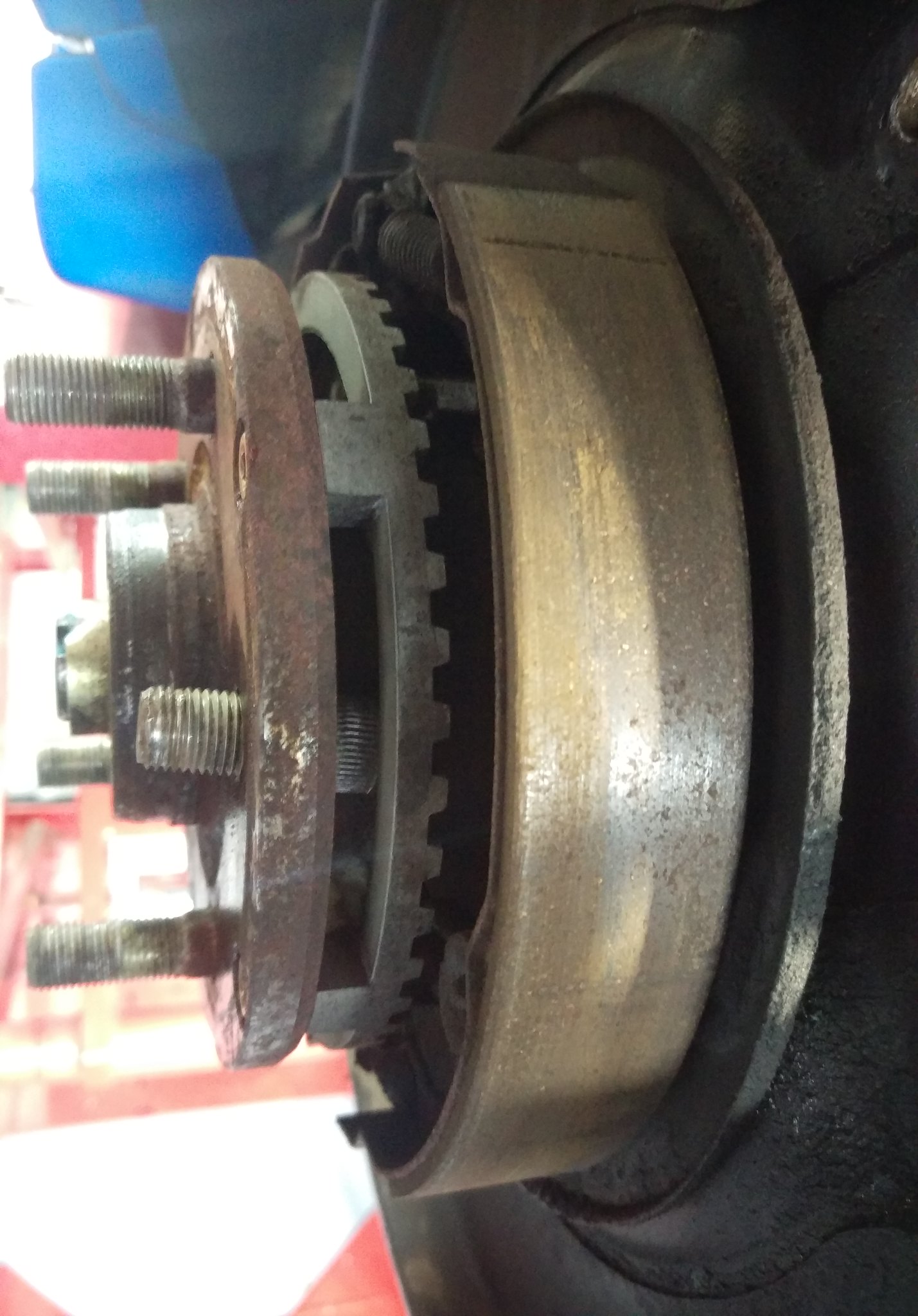 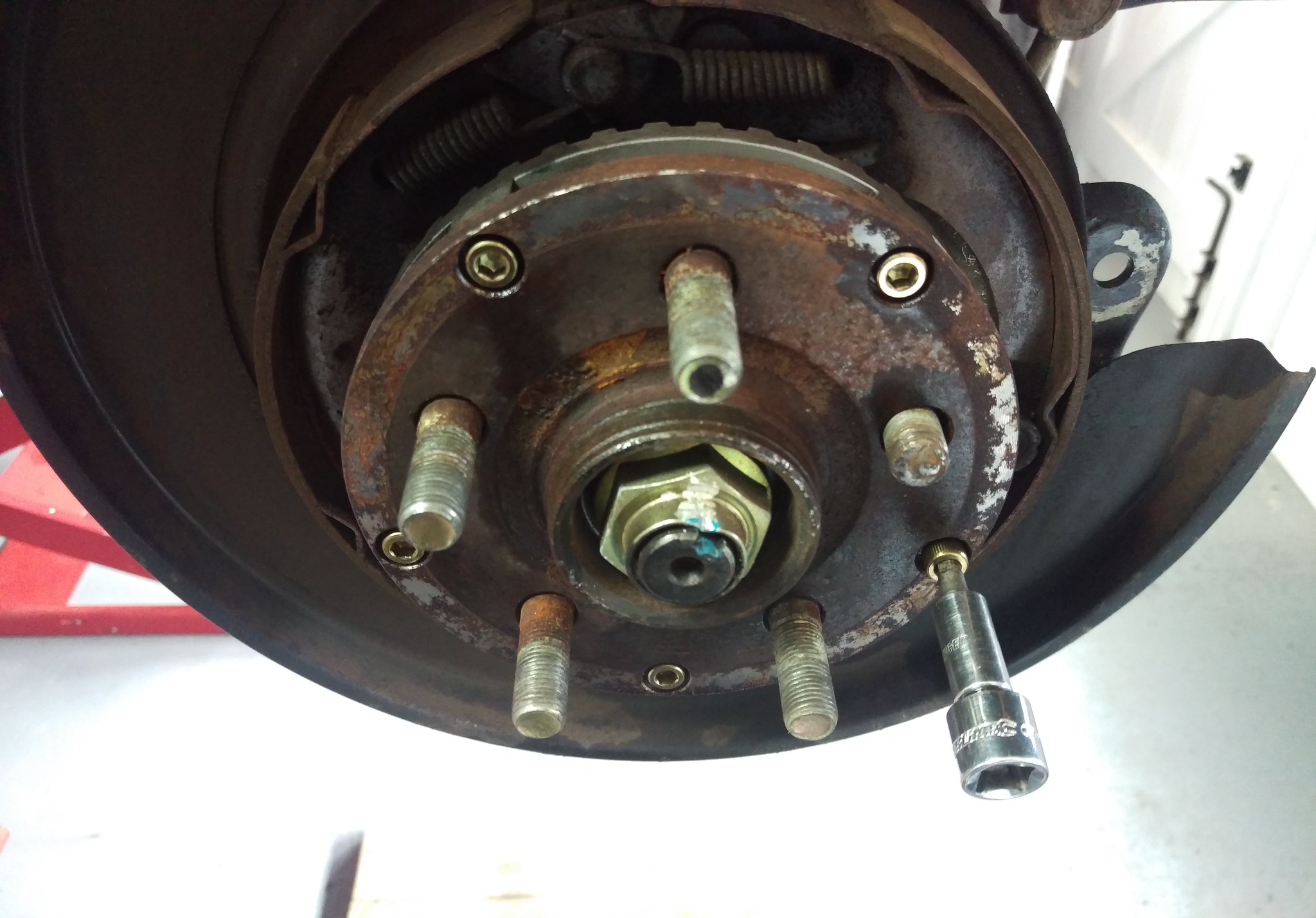 Now the stud can come out. 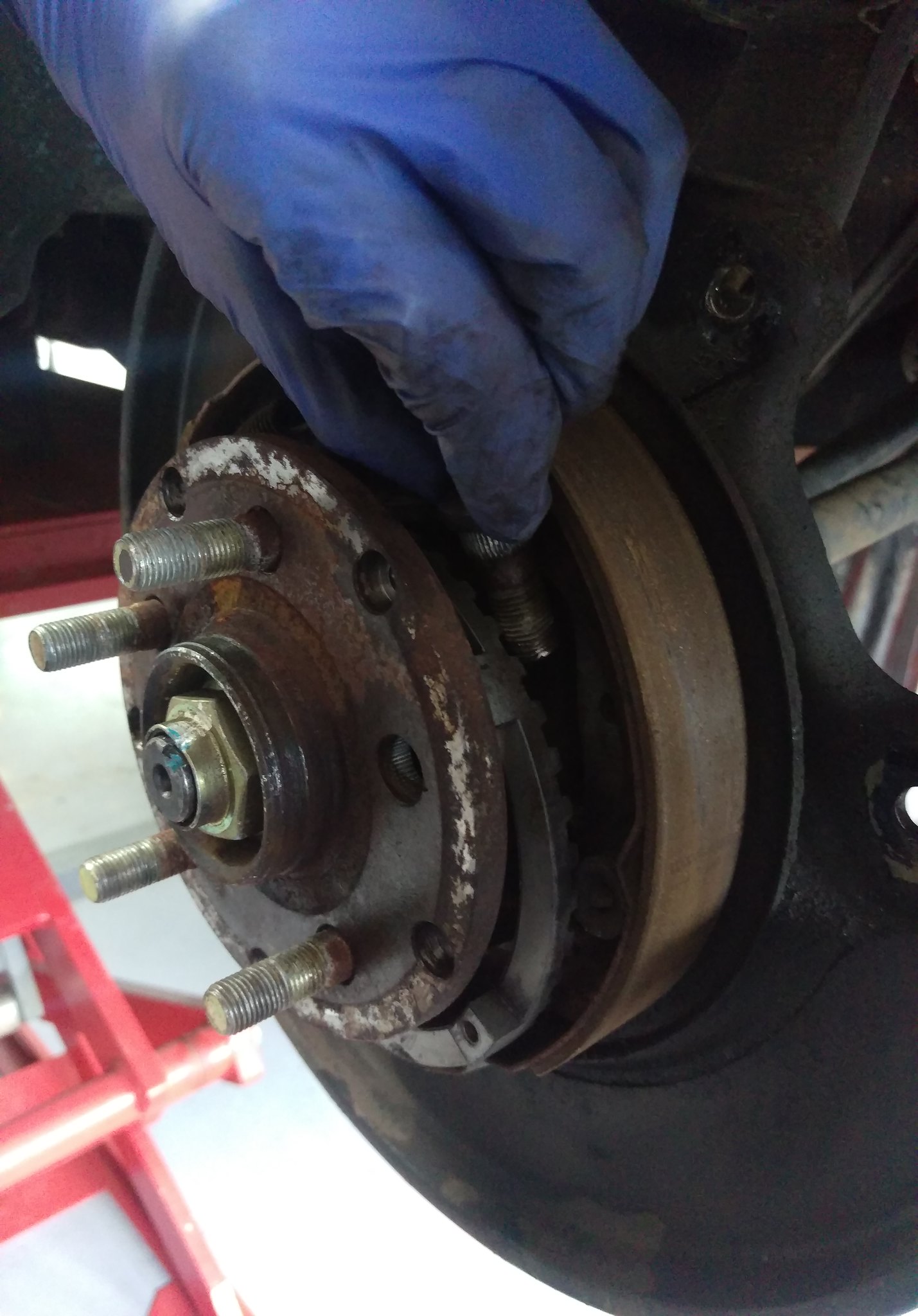 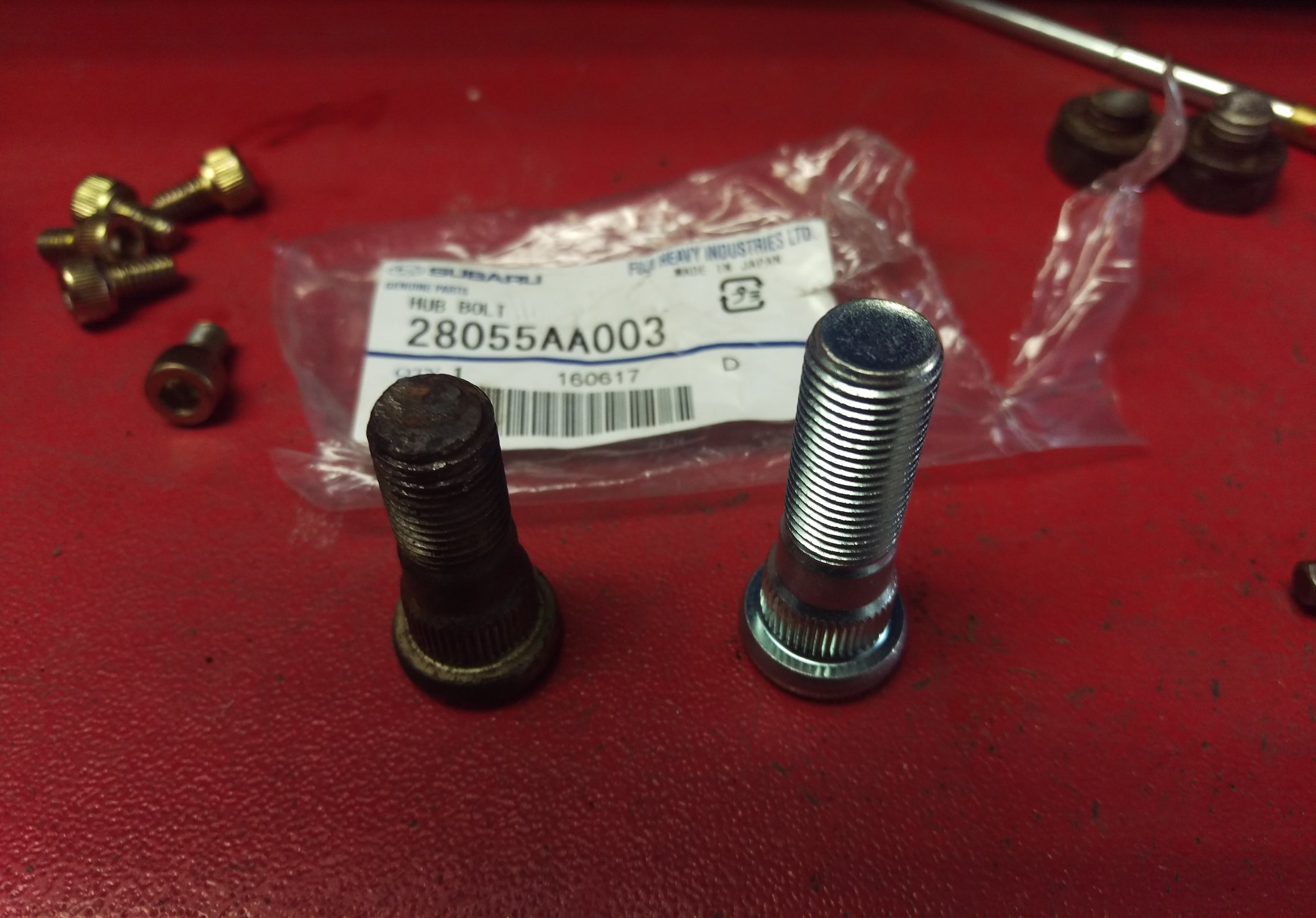 New one fitted in. It’s a bit tricky but there is room if you spin the hub to the right spot and wiggle the stud in. 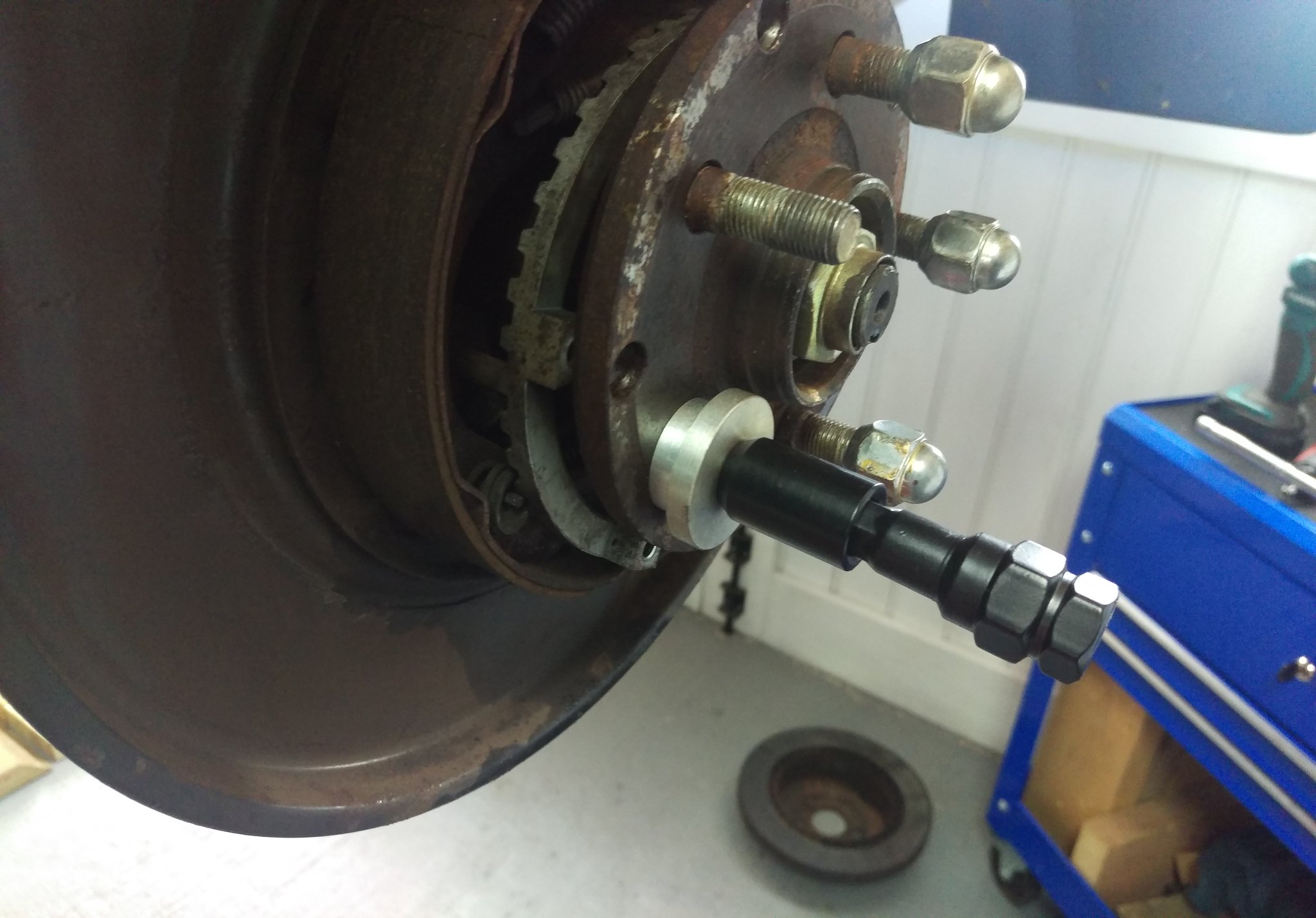 Now using a wheel nut and some kind of spacer like a socket just tighten the nut until the stud is pulled through. 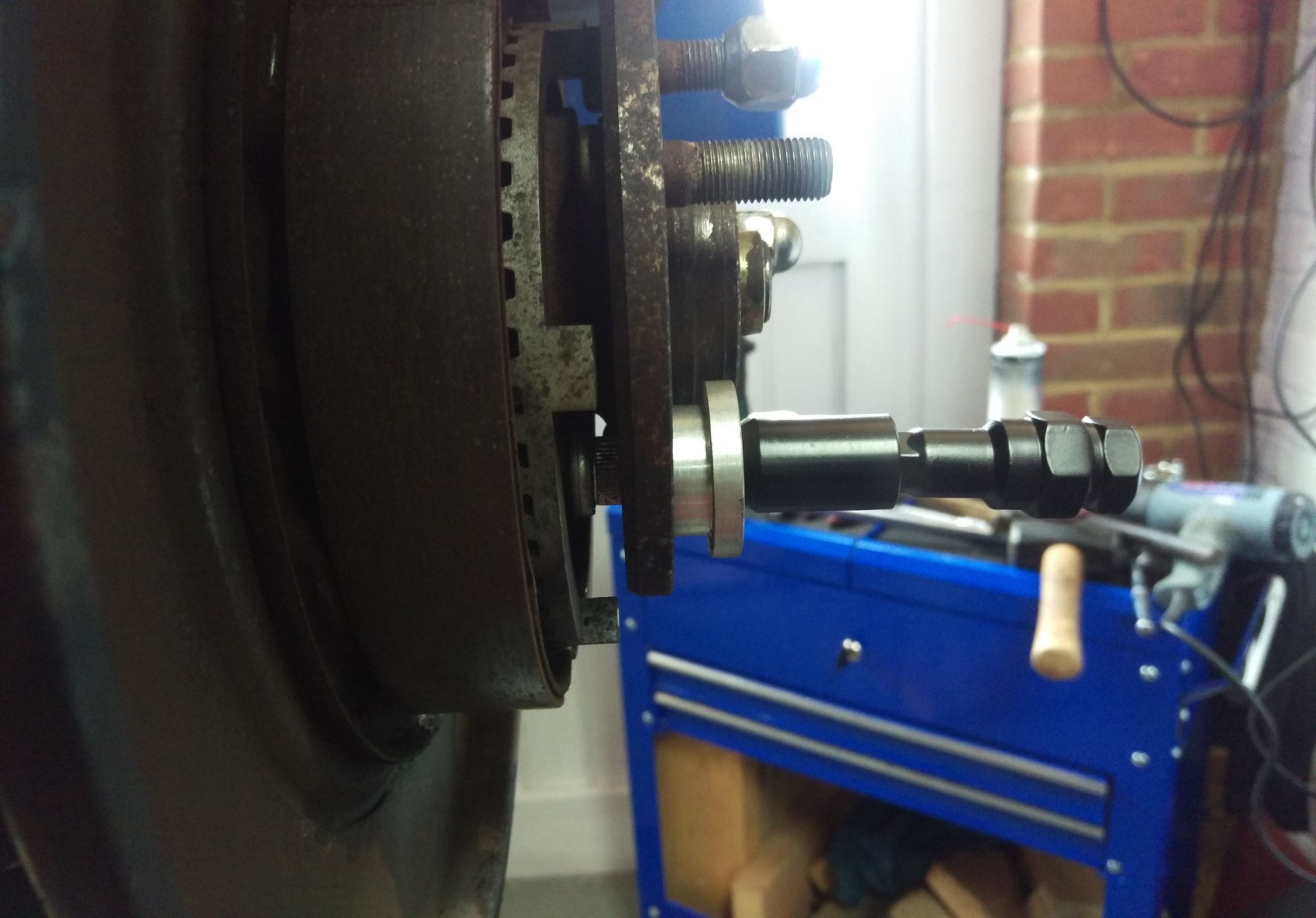 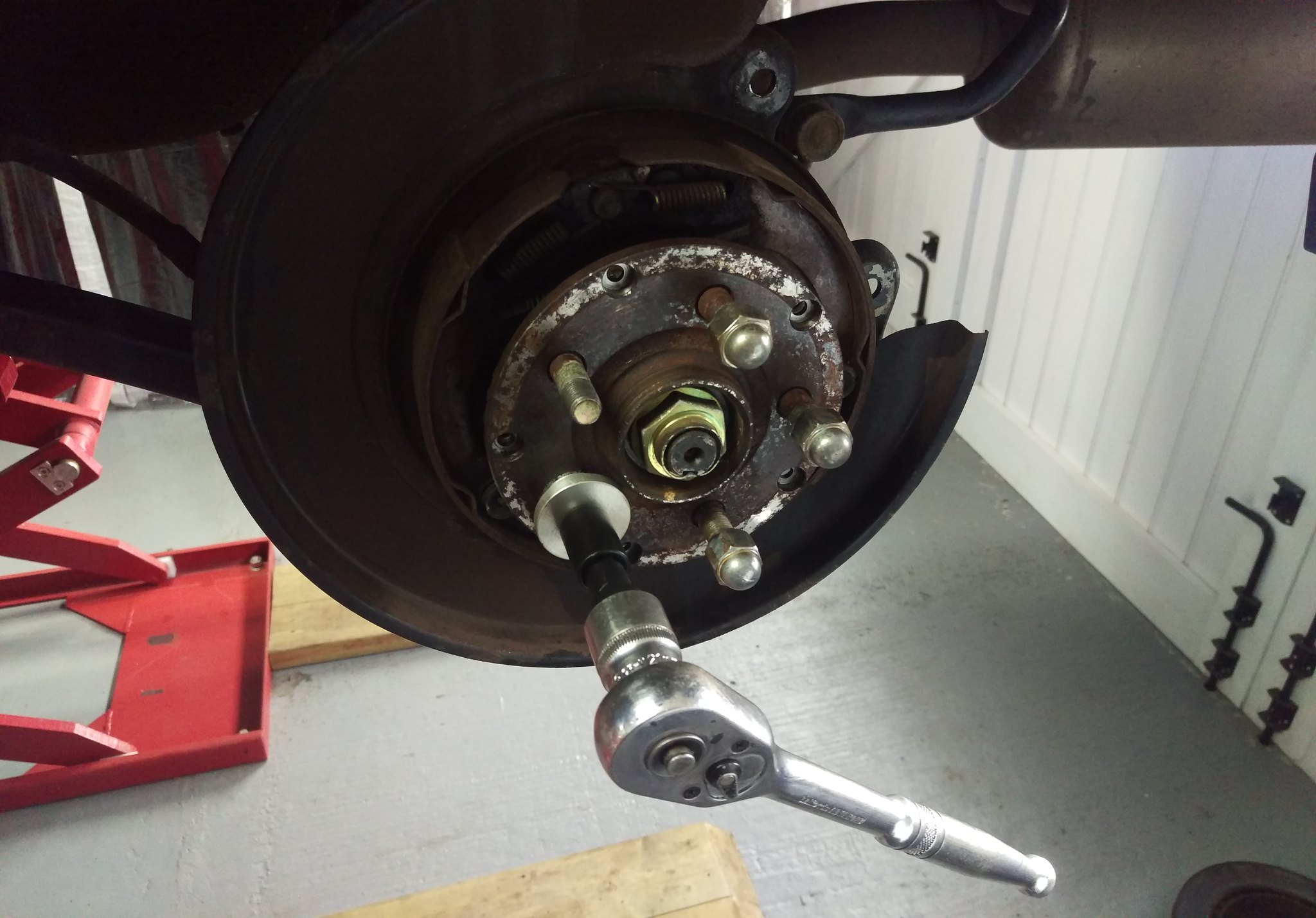 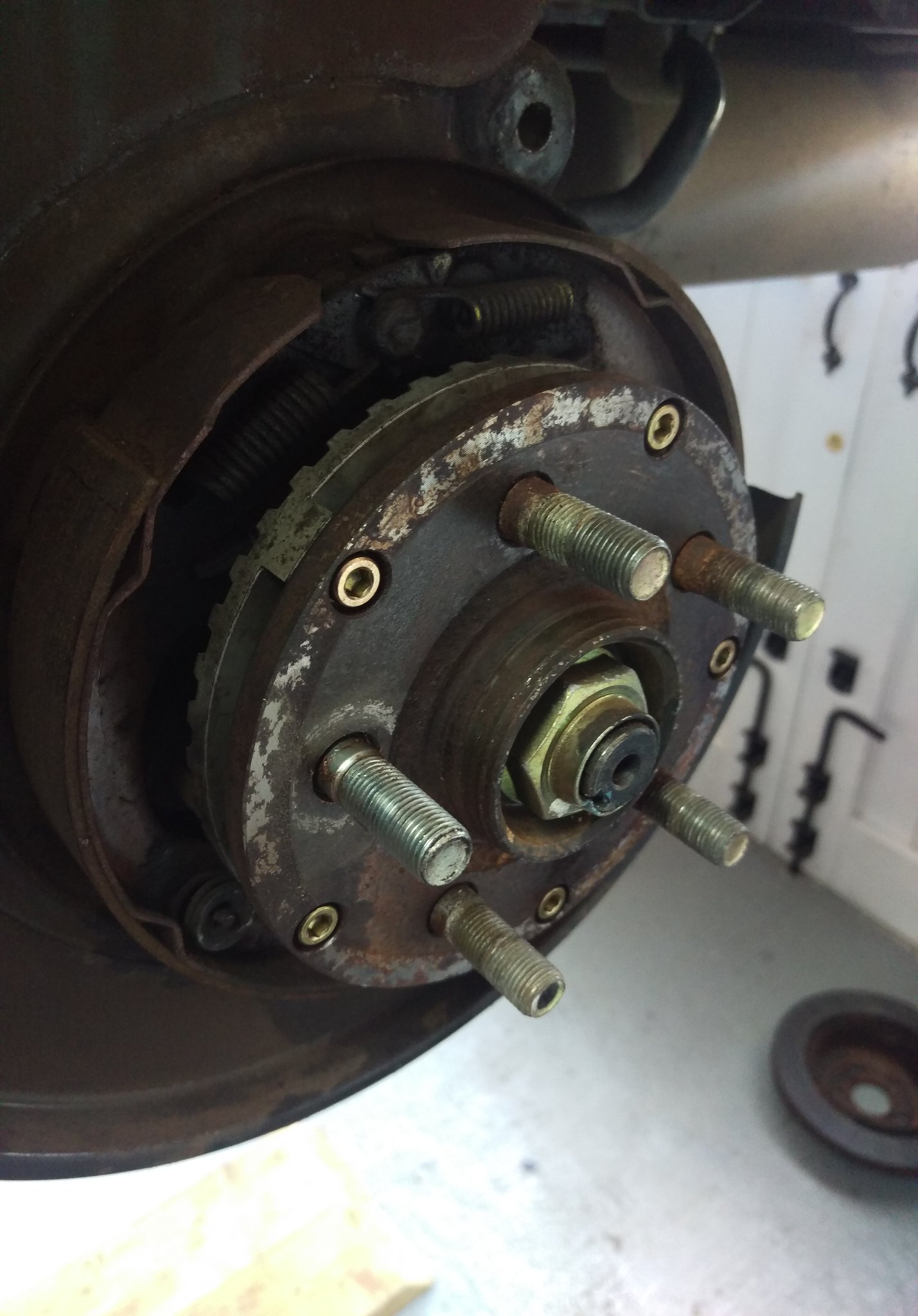 All done and back together. 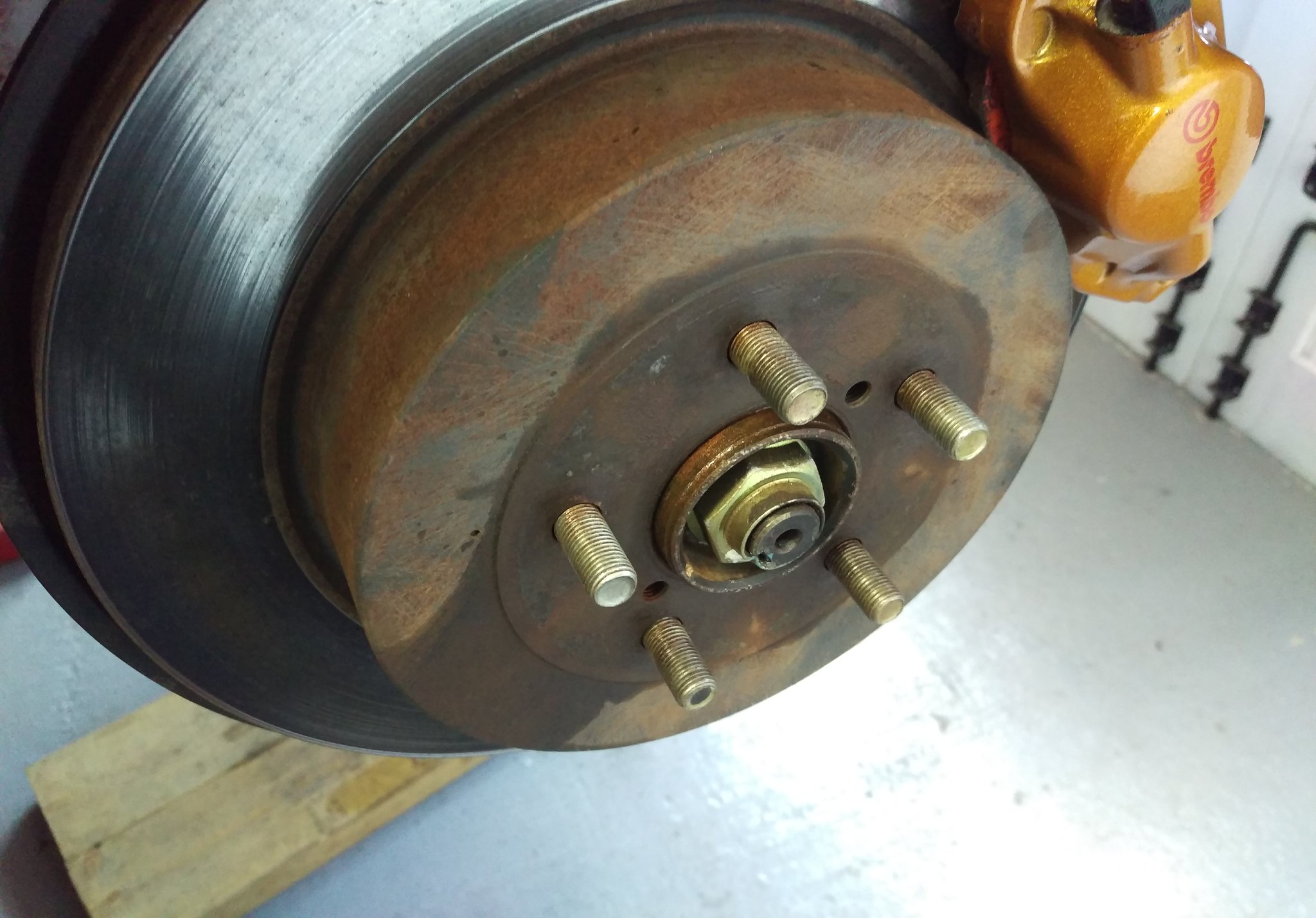 My next post will show how I repaired the Brembo caliper threads as I had the same problem with a couple of the front caliper bolts when I fitted the new discs and pads.