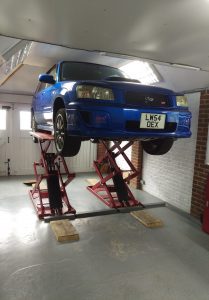 So now I had a Forester STI but it wasn’t the perfect fresh import I’d planned on bringing home and I could see before buying it there were one or two jobs I’d want to do right away. Plus whatever I might find after a close inspection with it up on the lift. 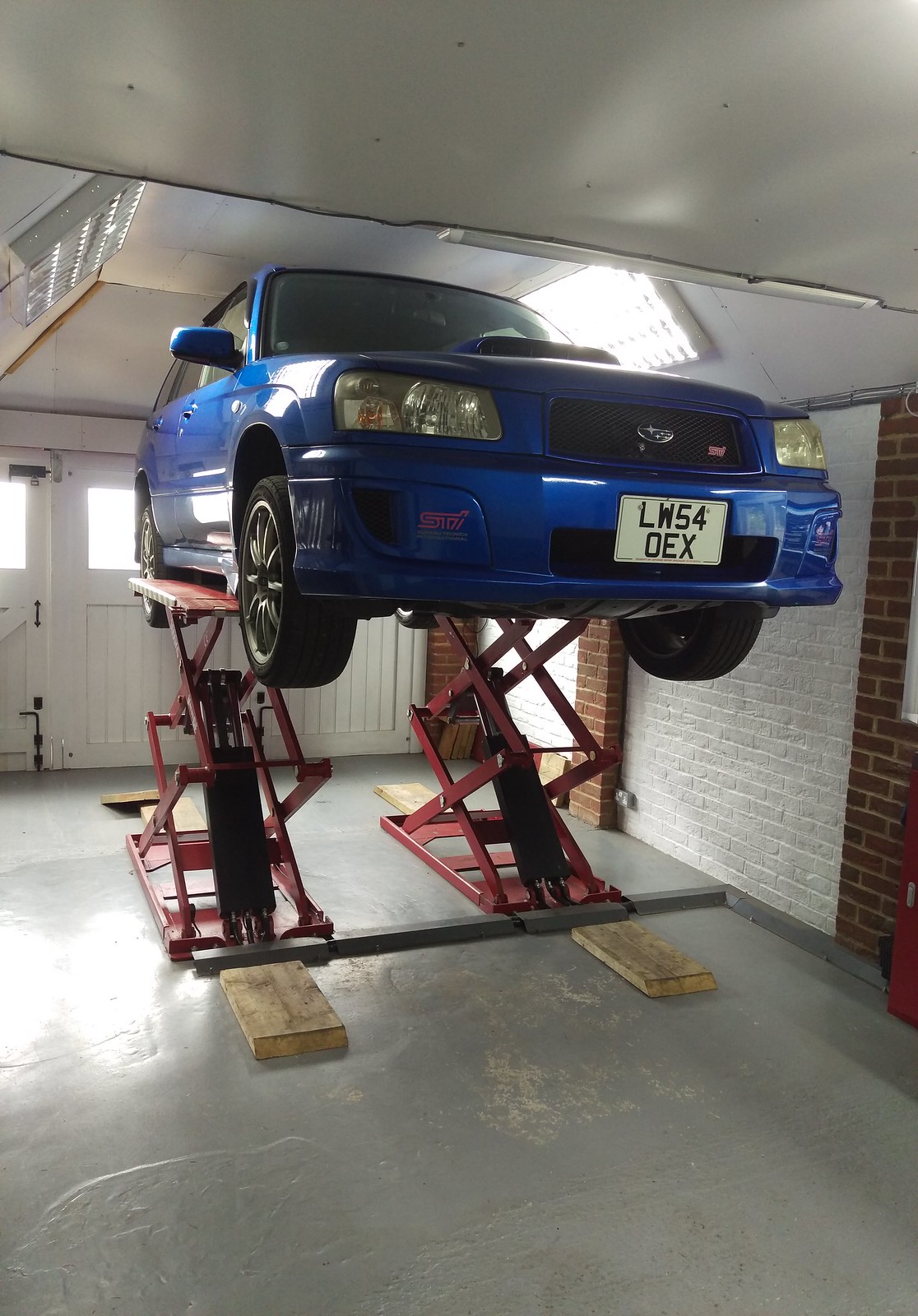 Tyres were the first thing so all the wheels came off. 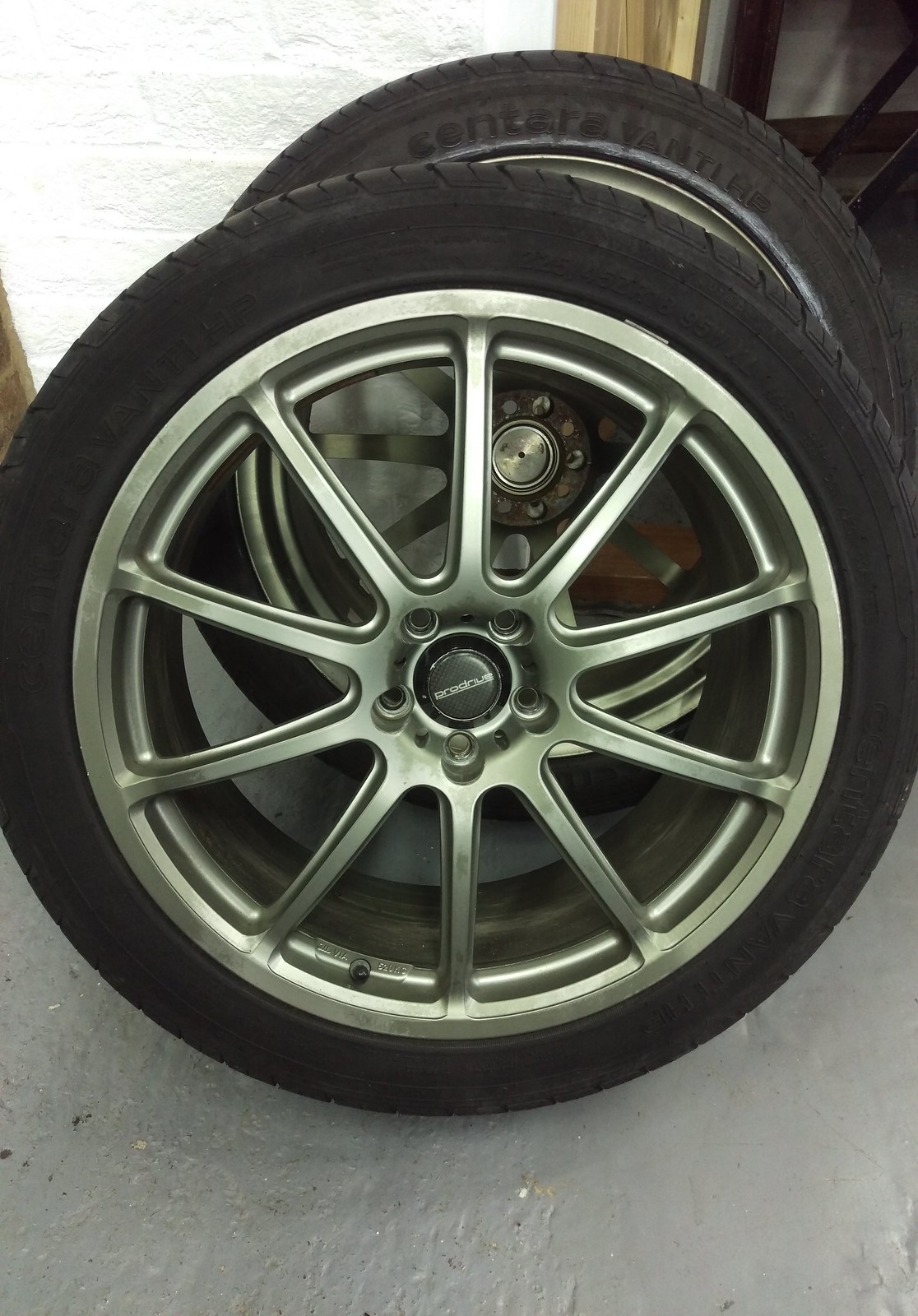 I thought I might need to replace a couple of tyres but on closer inspection I found 3 of them had punctures and the other one had a leaky valve. The fancy forged wheels had been fitted with metal valves some time ago and they were all quite corroded so probably all leaking too. 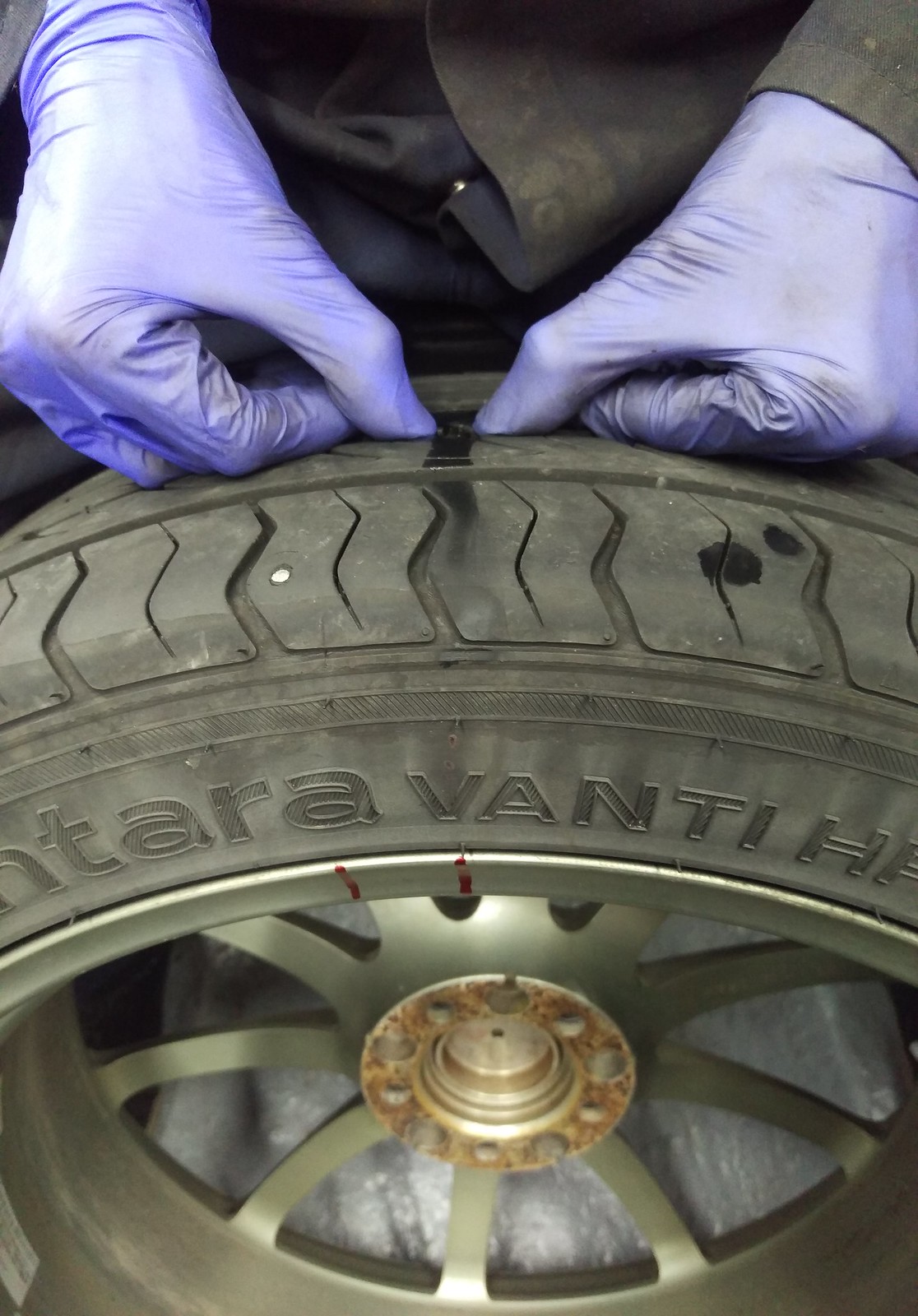 What’s left of the faded original Bridgestone branding though they are prodrive branded on the centre caps. 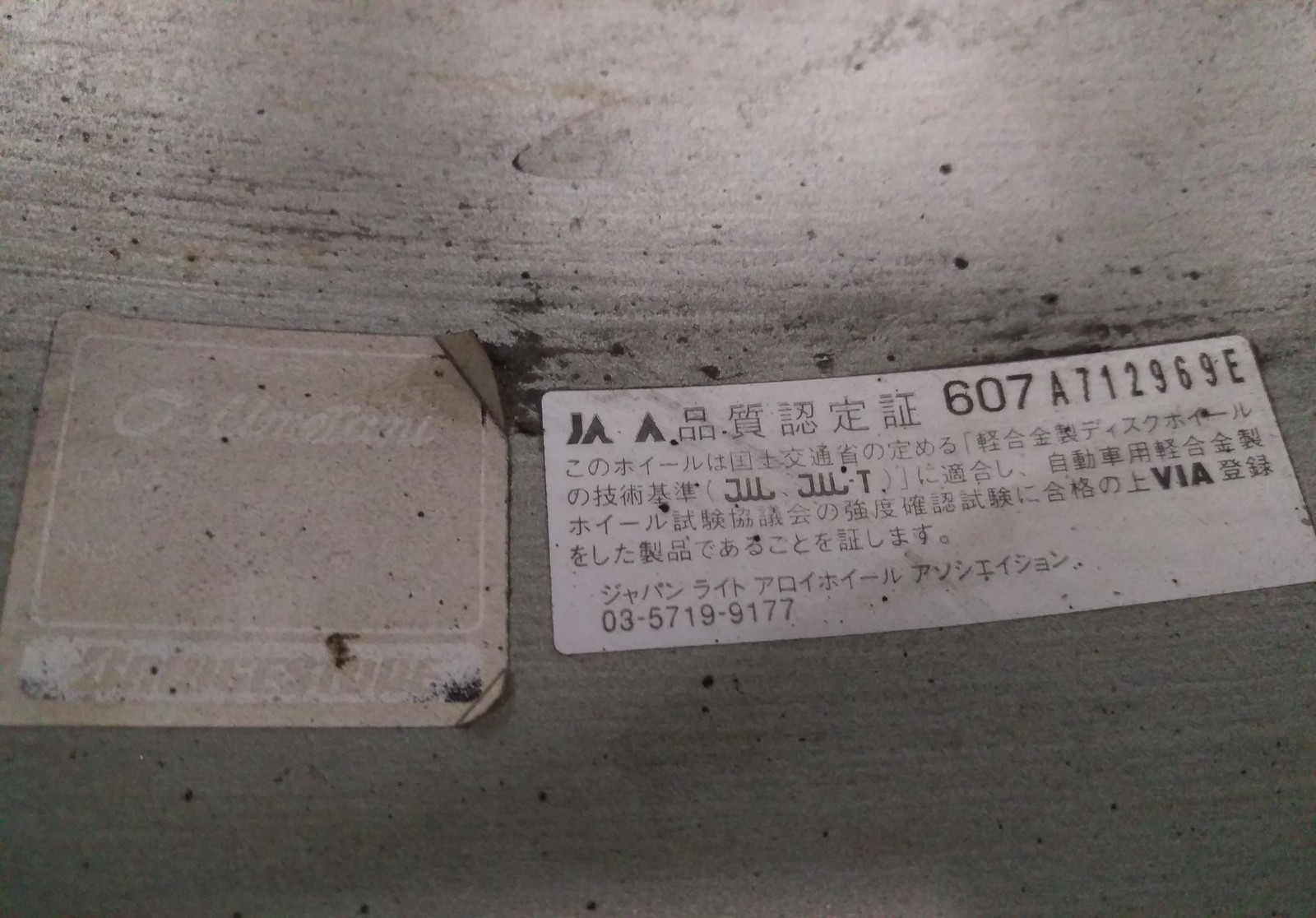 The stamp on the inside of the rims shows they are genuine PDGC-010E wheels. After some research it turns out these are quite desirable lightweight forged alloy wheels made by Rays in Japan. They’re certainly lighter than any 18 inch wheel I’ve picked up before. 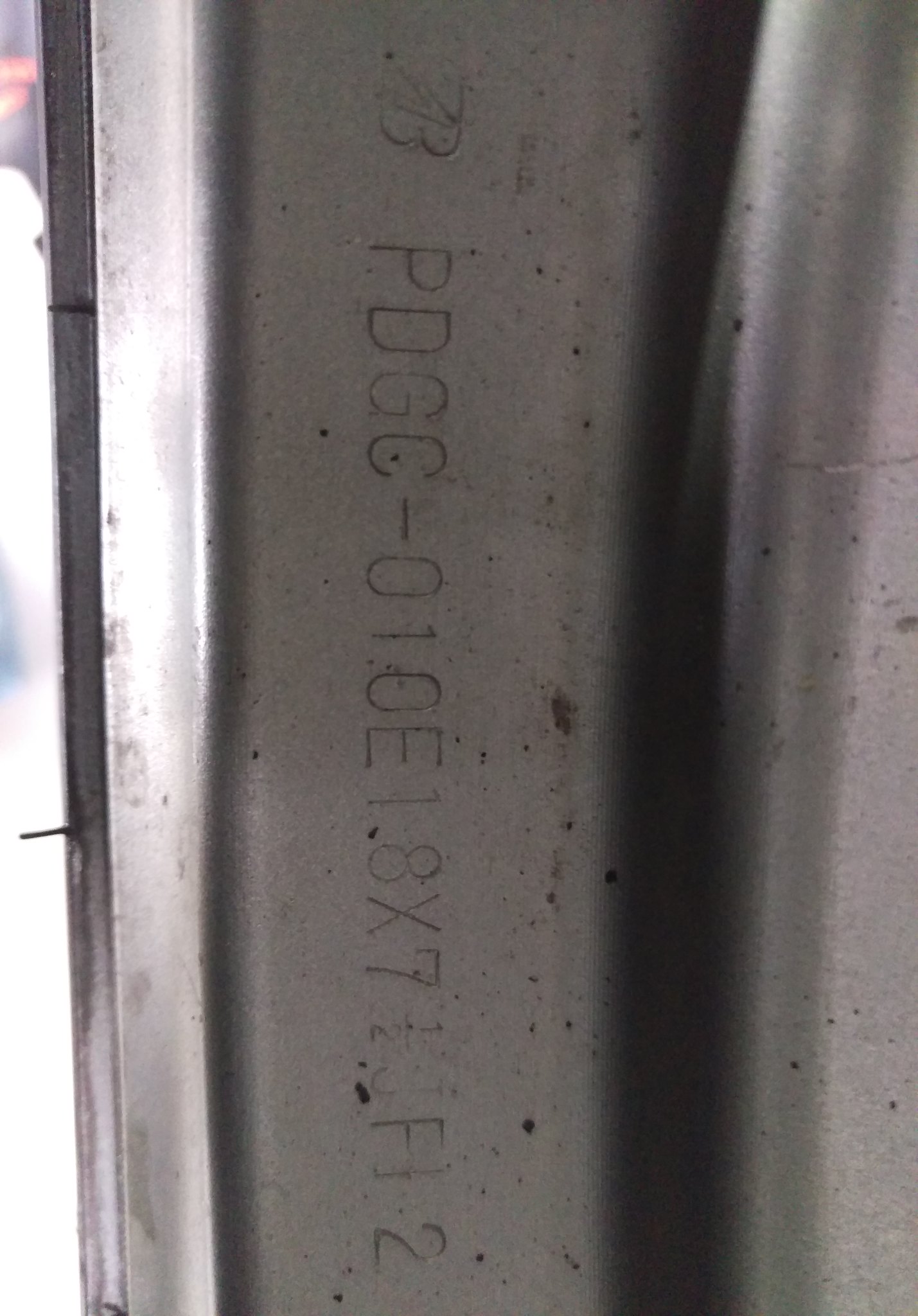 Though the tyres were all leaking air none were loosing air that quickly so I got the wheels back on so I could use the car for a few drives to work and back as it’s not far plus I needed something to put the new tyres in that I had delivered to work. This is exactly what I chose a Forester for. Four 18 inch tyres in the back without even having to fold the seats down. 🙂 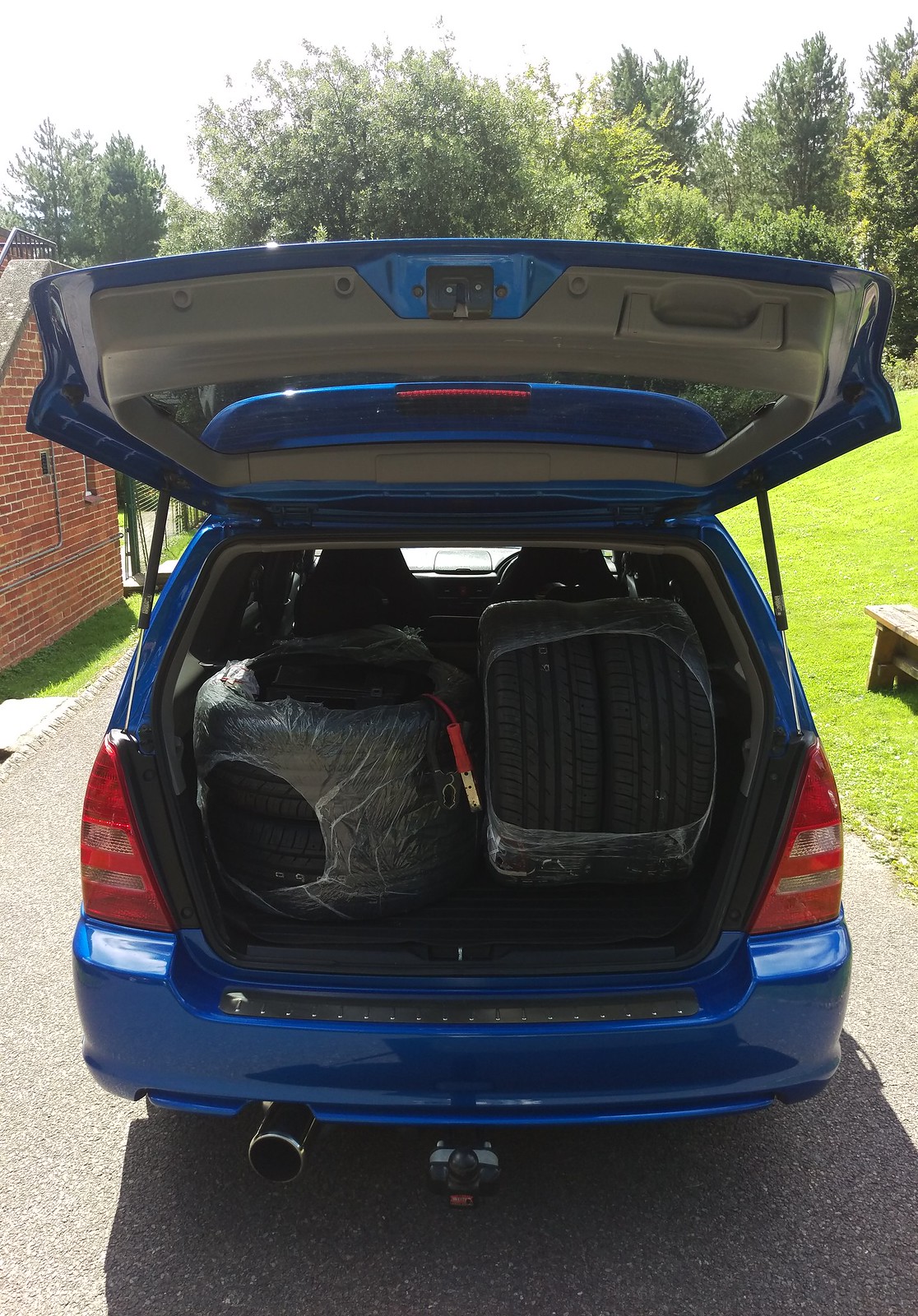 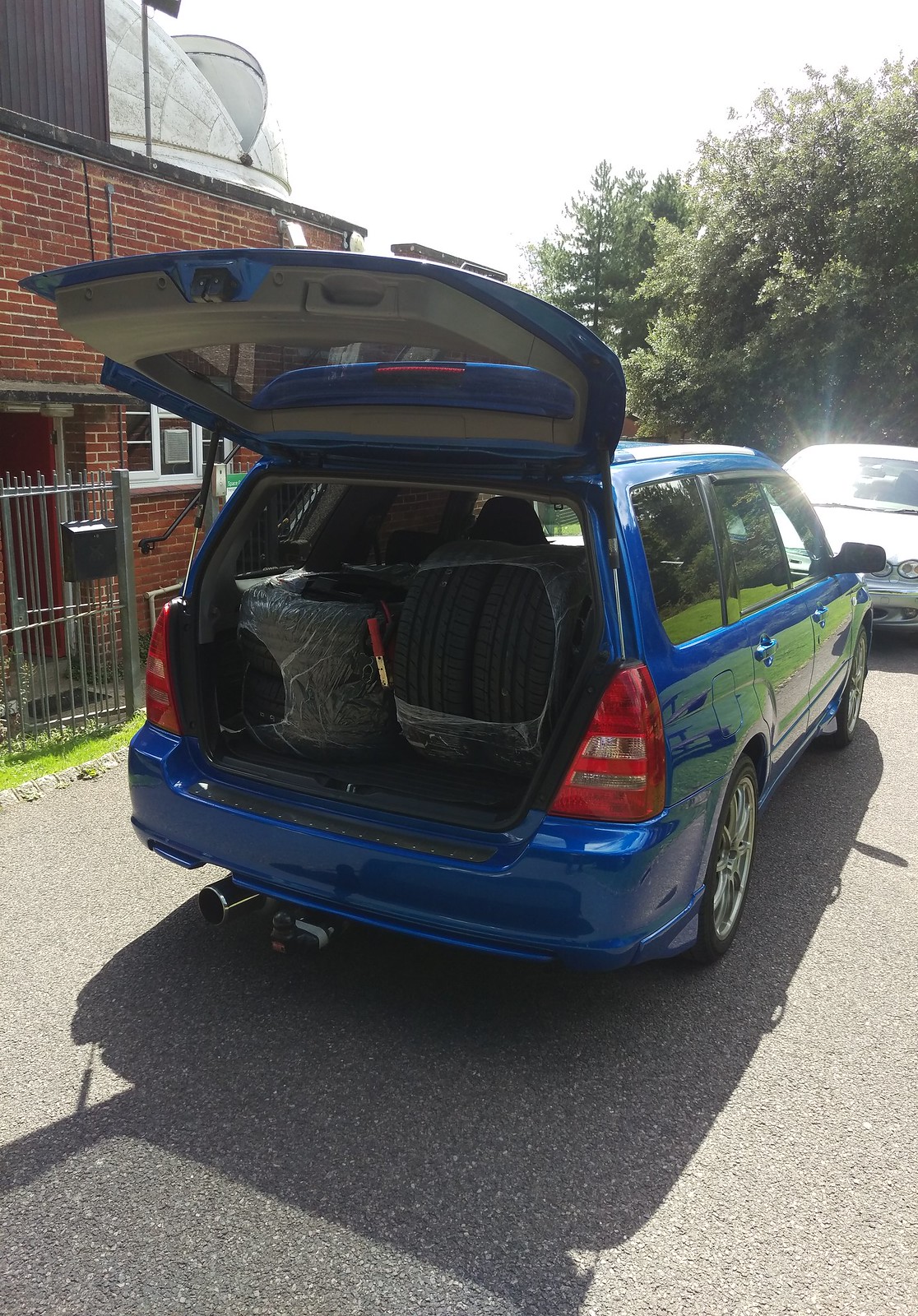 I could also see the brakes would need replacing particularly the front so I ordered a full set of 4 disc and pad sets from Godspeed and one or two other things that started to pile up in the corner of the garage. 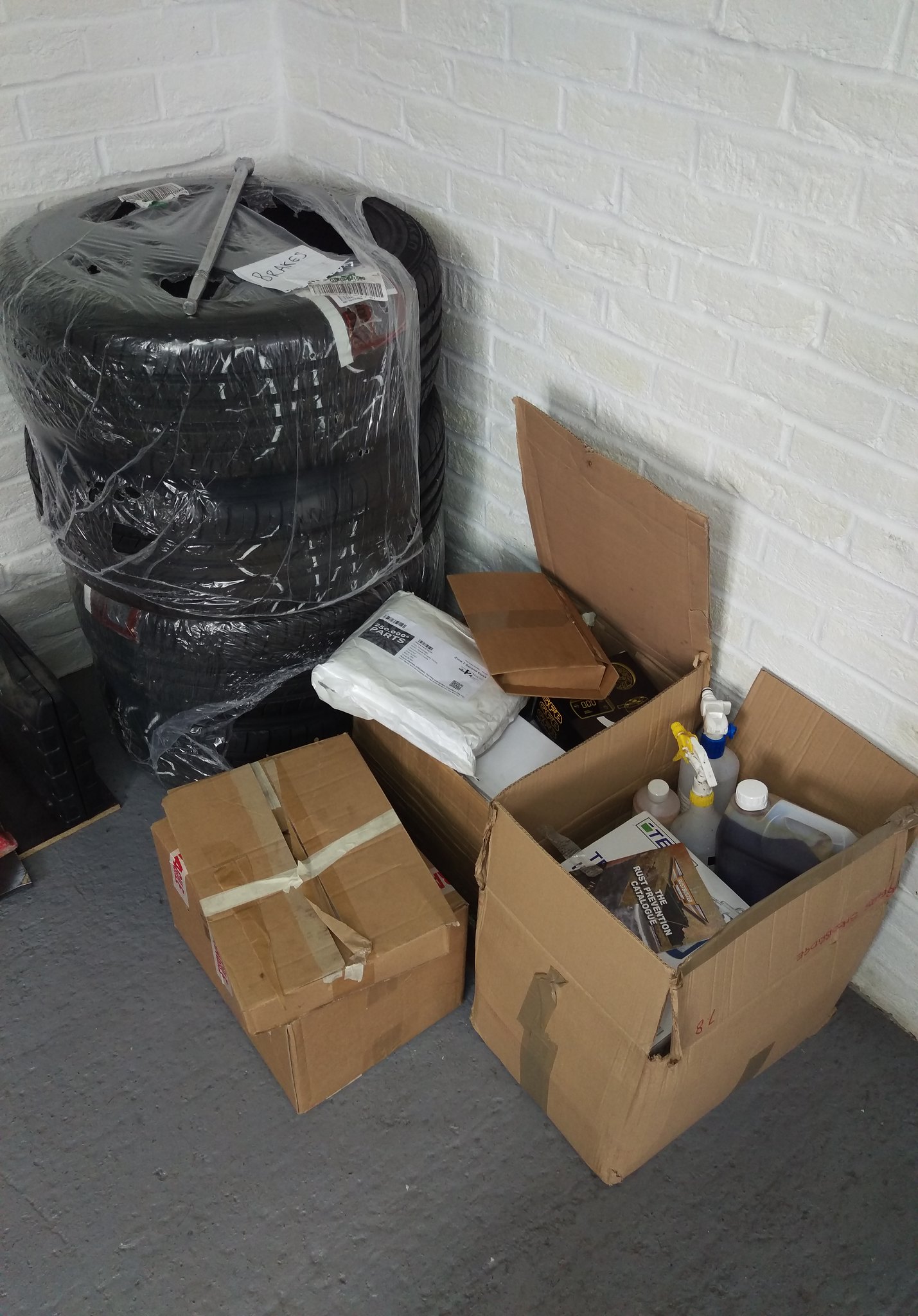 The wheels had no spigot rings so I got some plus some new wheel nuts. 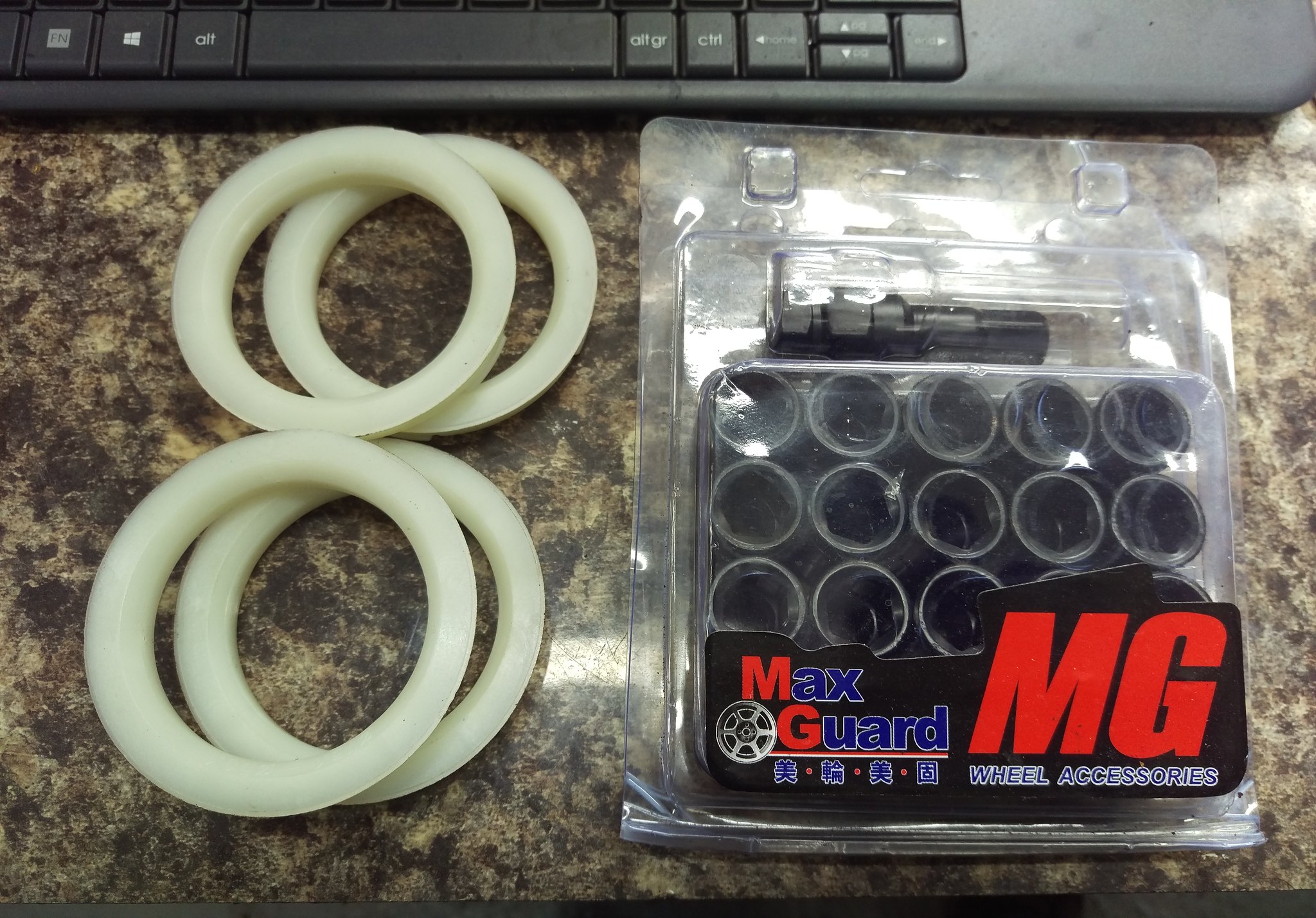 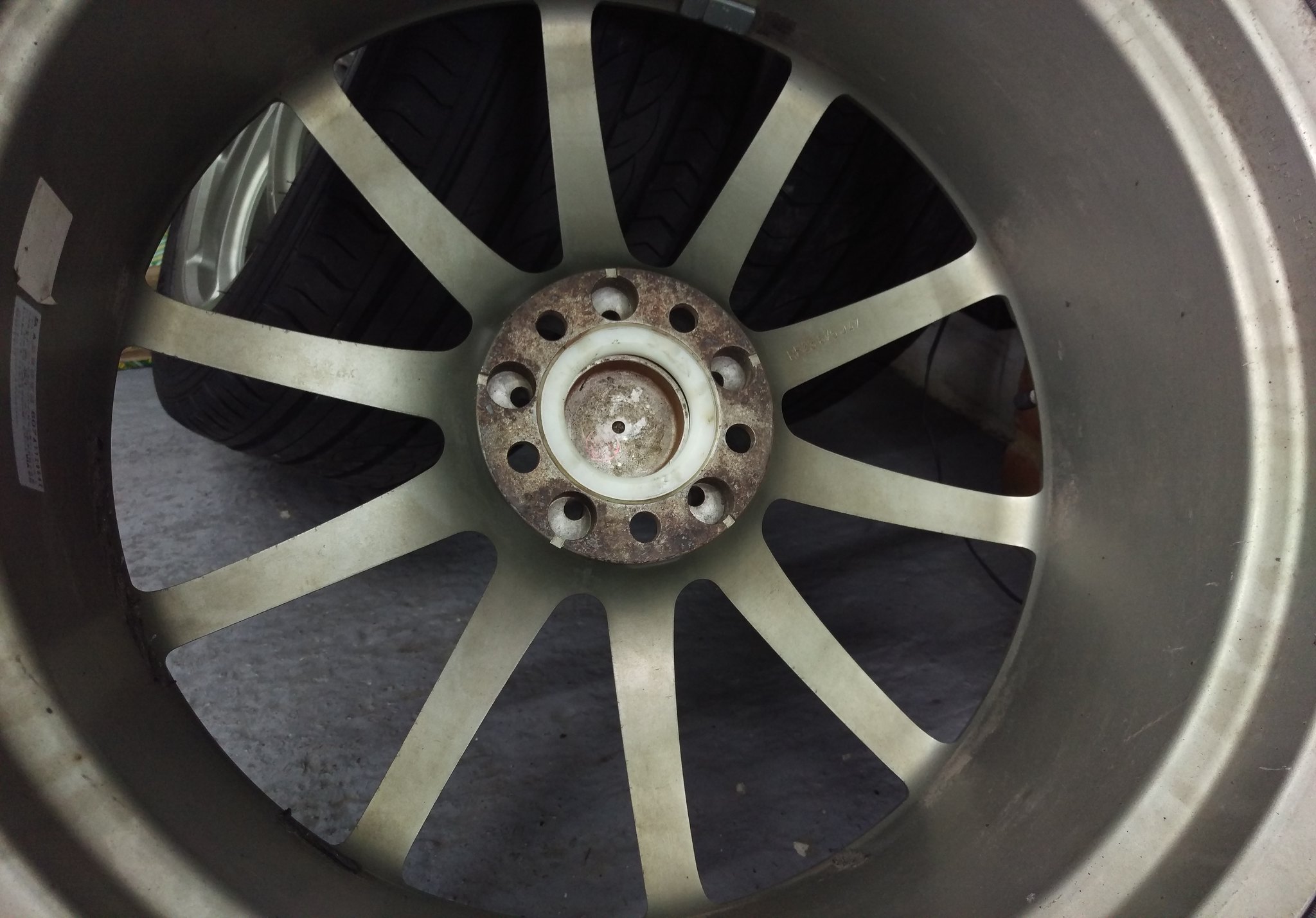 Wheels back off to go have the new tyres fitted. 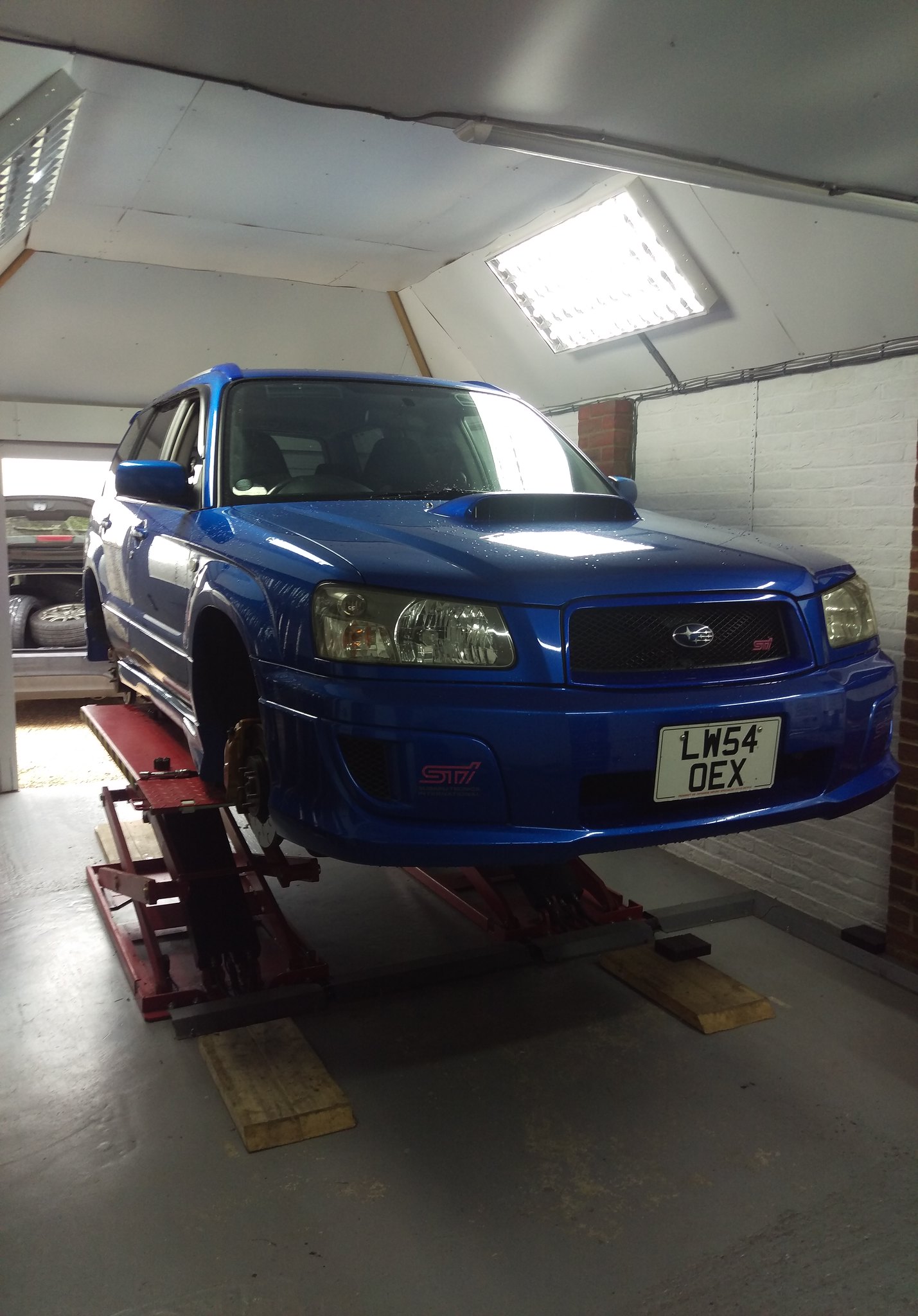 I just managed to squeeze 4 wheels and tyres plus the 4 new tyres in the Fiesta. 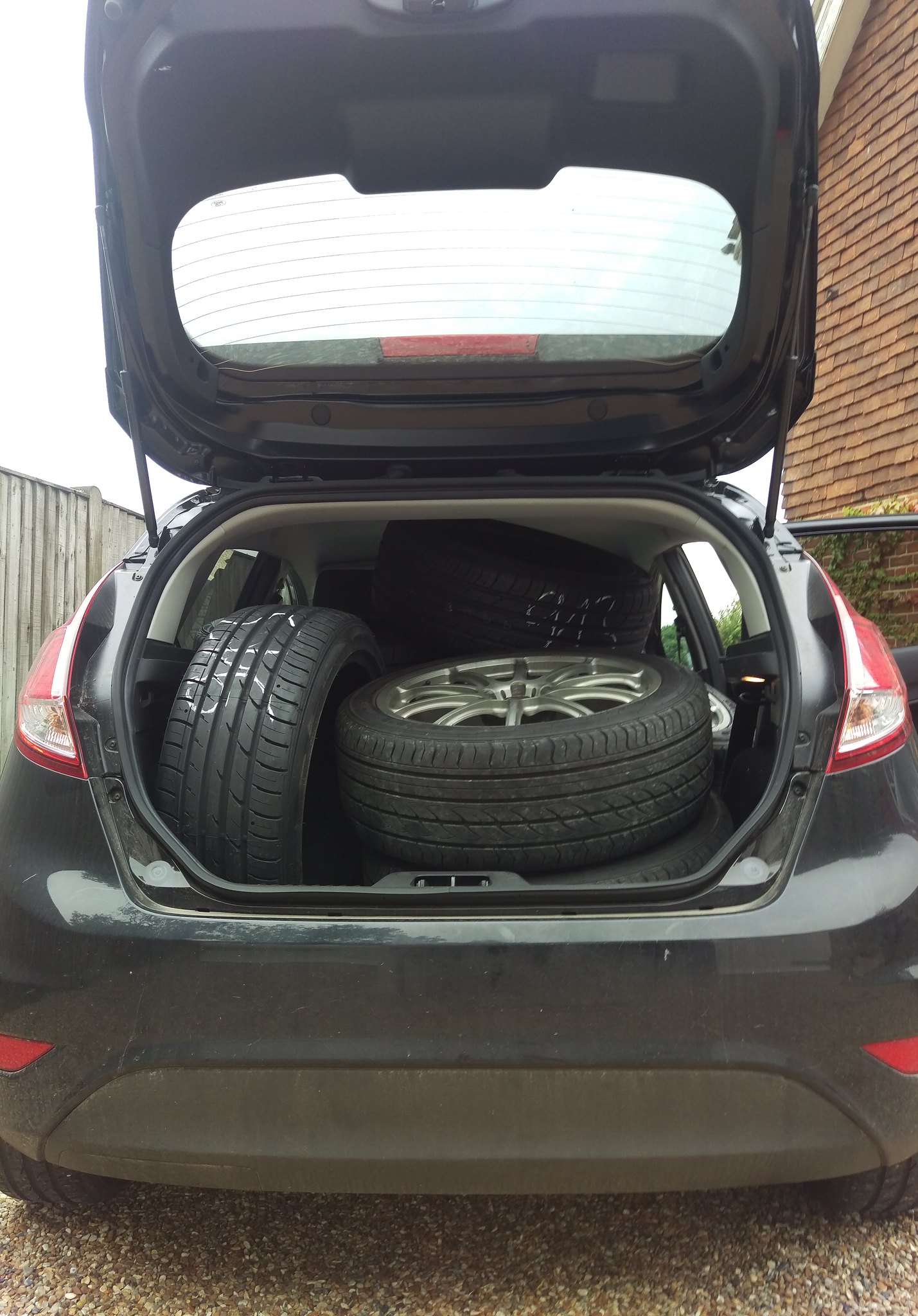 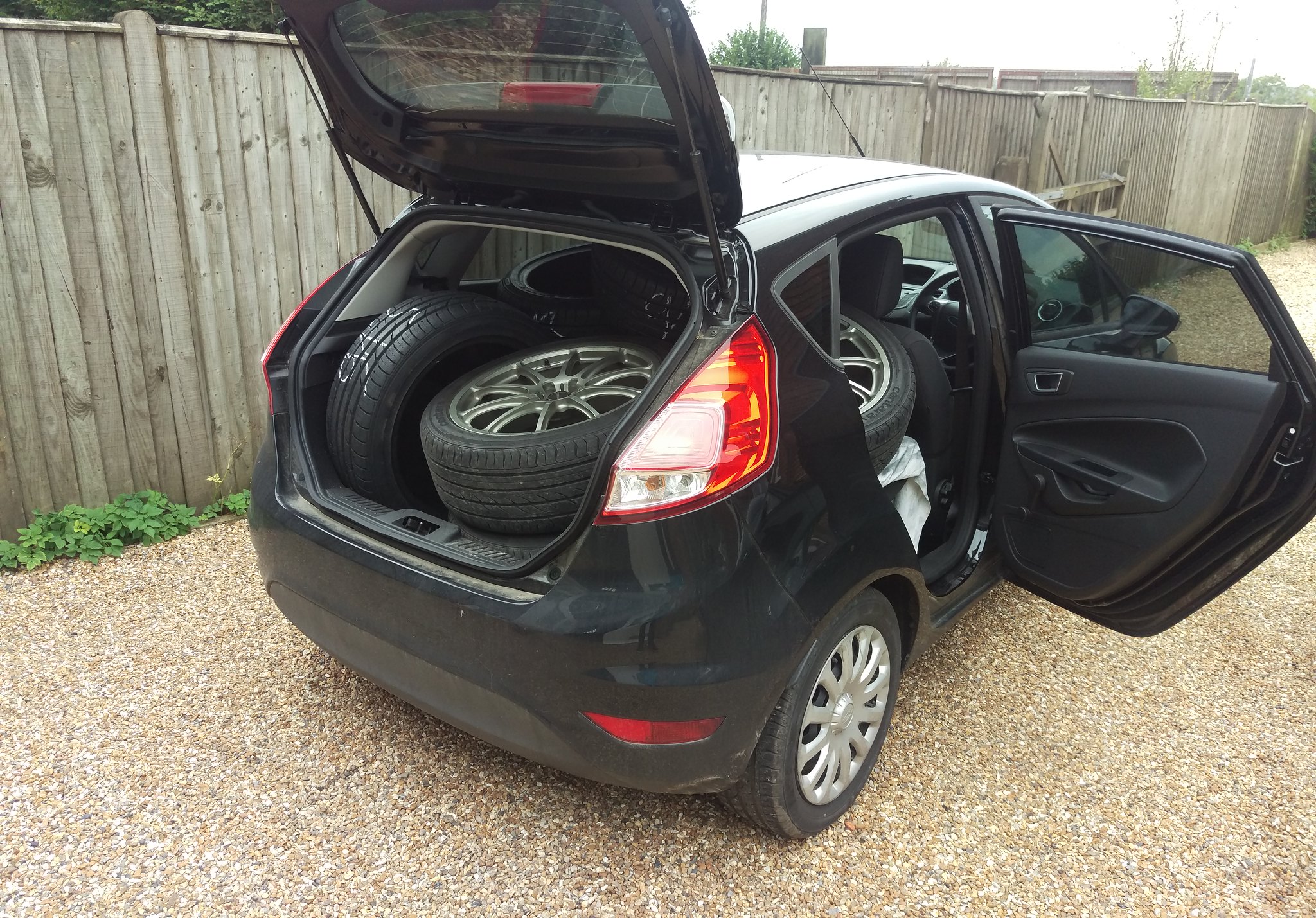 My mate Jon fitting the tyres. I’ve known Jon forever and I can always trust him to do a nice job and take care of my wheels. 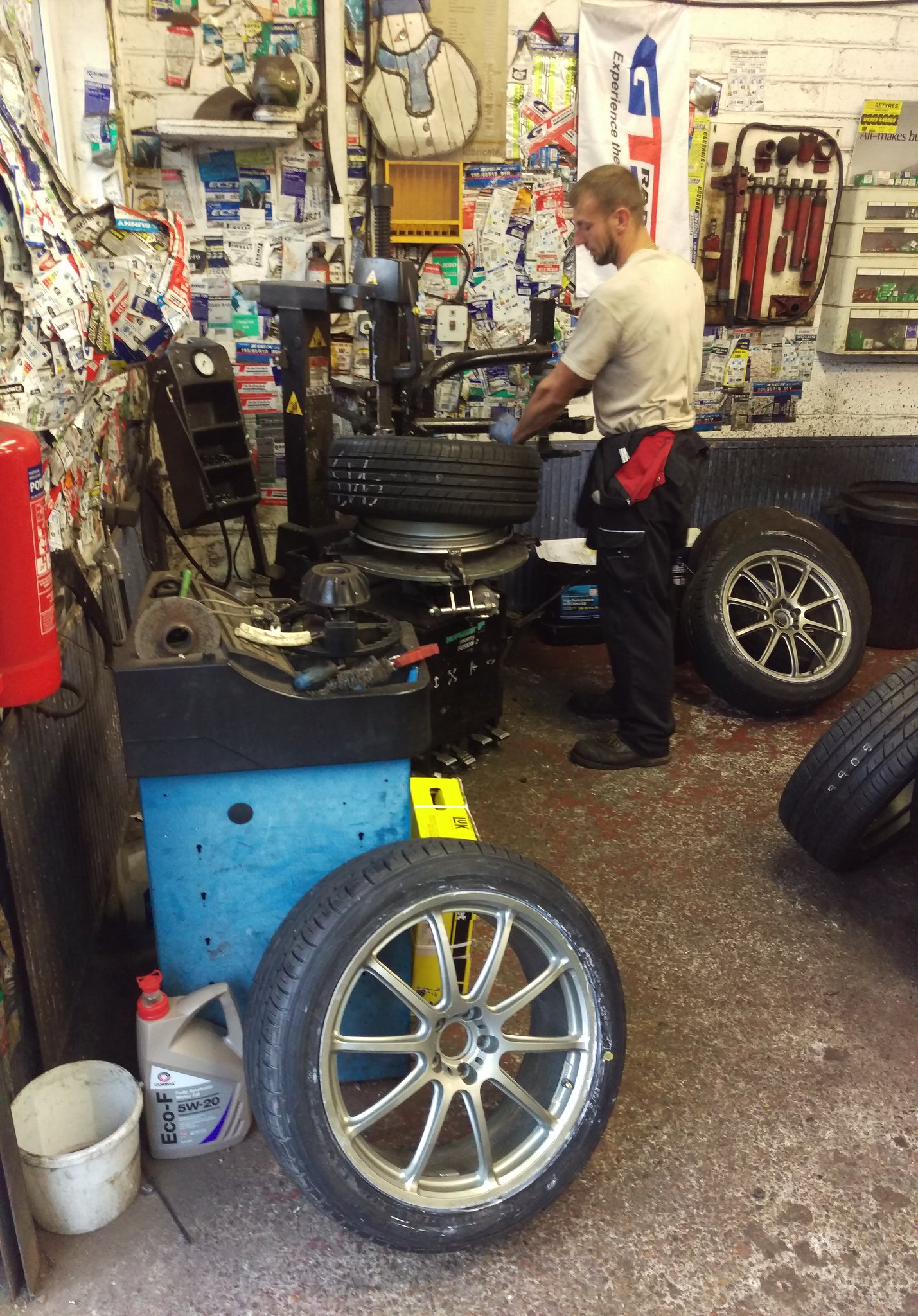 Wheels and new tyres back home but not back on the car because I have other jobs to get on with while the Forester is up on the lift….. 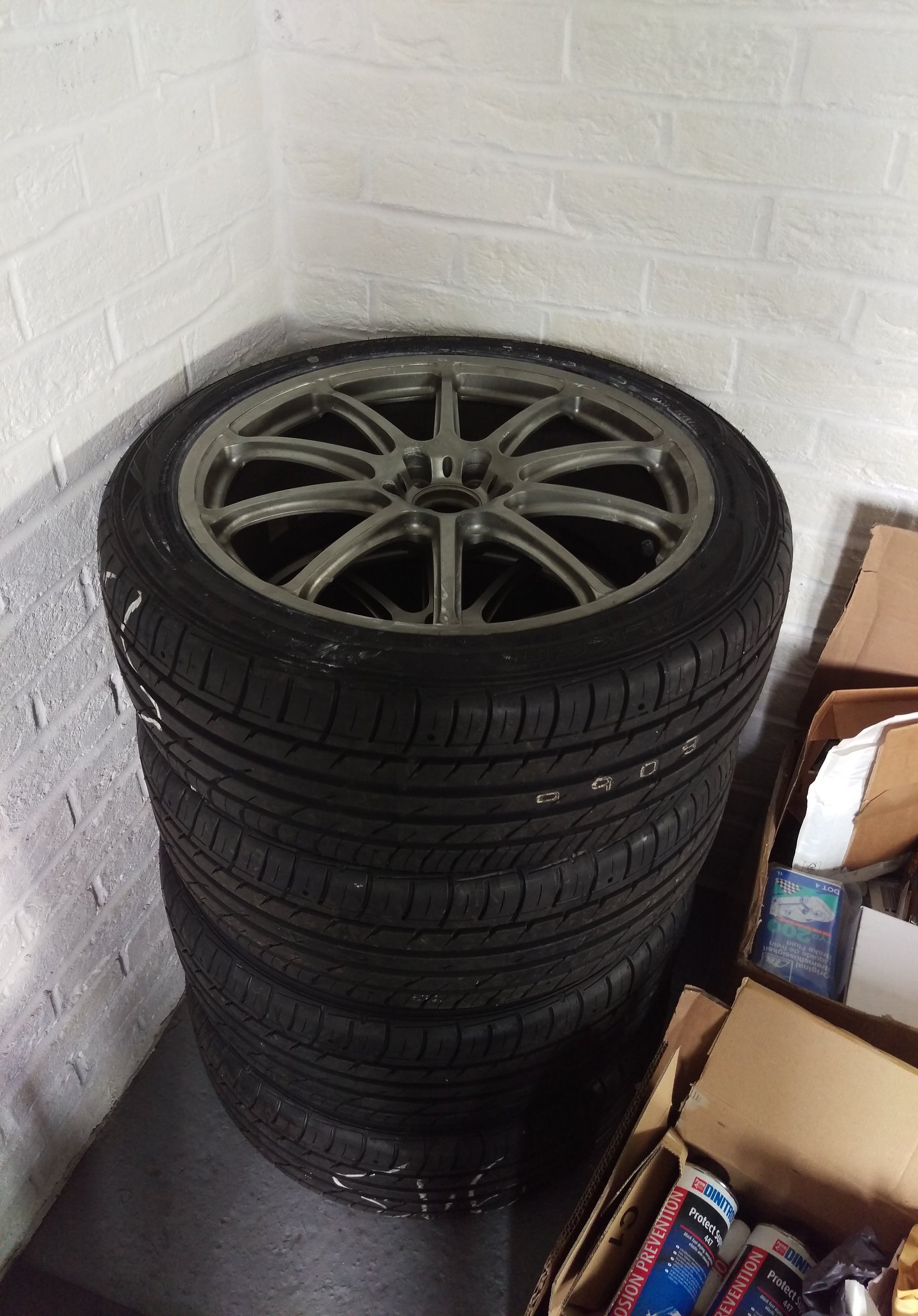