I’ve never been that keen on the standard wheel on my VI as it’s a bit big and ‘spindly’ and they don’t look that great. So, as many others have, I searched to see if the later VII/VIII/IX wheels could be fitted. After a lot of searching all I could find was other people wanting to fit a later wheel on their IV/V/VI then finding out the wheels fit to the column differently so it couldn’t be done and that was as far as any inquiries went. I thought someone must have done it somewhere but couldn’t find any images or info on it being done. (Maybe someone out there has but I just couldn’t find it. I’d be interested to know how if anyone out there knows of someone who has)

To Ebay I went and I waited for a cheap later wheel to come up as I didn’t want to spend loads on a wheel if I was going to start chopping it up. 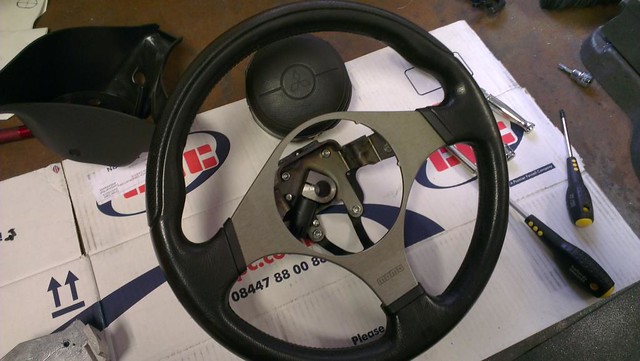 So I pulled it apart… 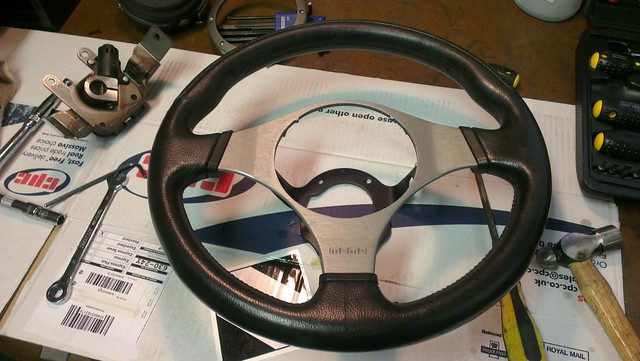 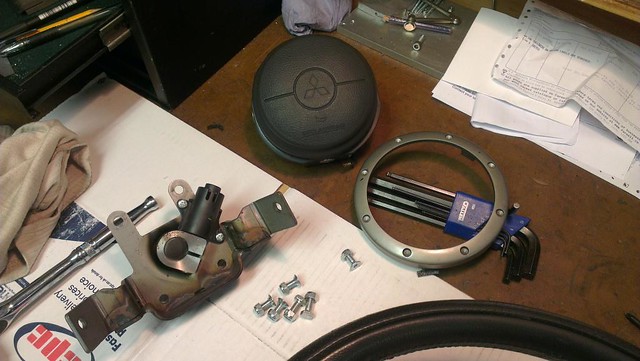 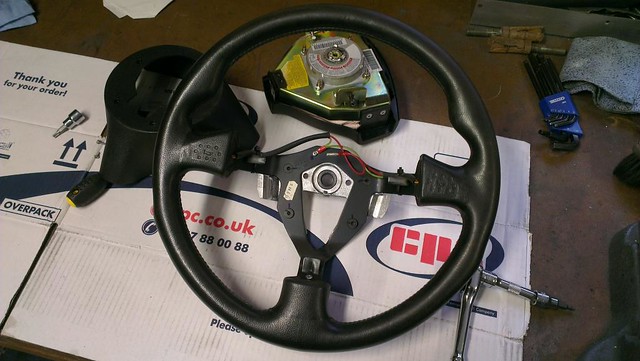 This is effectively the steering boss removed from the early wheel. So this has the right taper and splines for a IV/V/VI and the necessary notches on the rear for cancelling the indicators so I needed to adapt this to fit to the later wheel somehow. 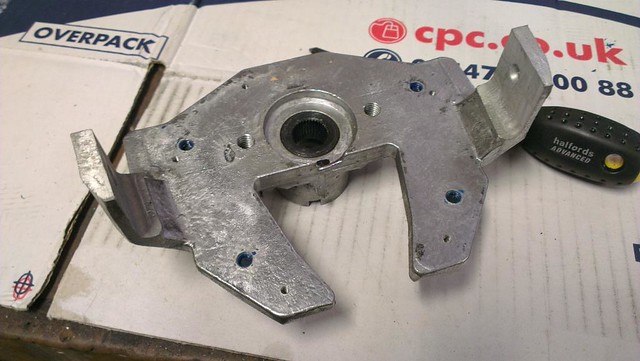 I considered pressing or cutting out the steel centre to weld it to the steel part of the later wheel in place of the later incompatible splines. But doing that might have meant losing the automatic indicator cancelling as the notches in the later wheels rear plastic trim may not have lined up correctly, also welding the centre with enough grunt to get a good weld might risk warping it so I decided against that. 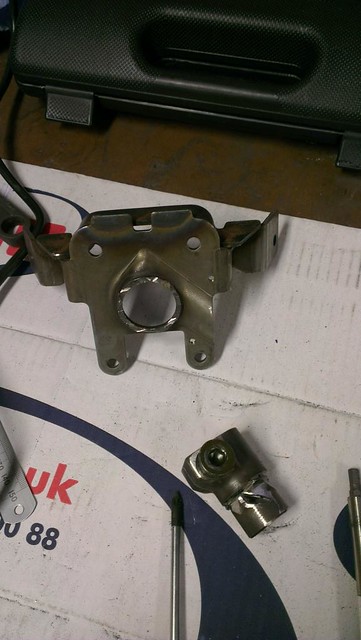 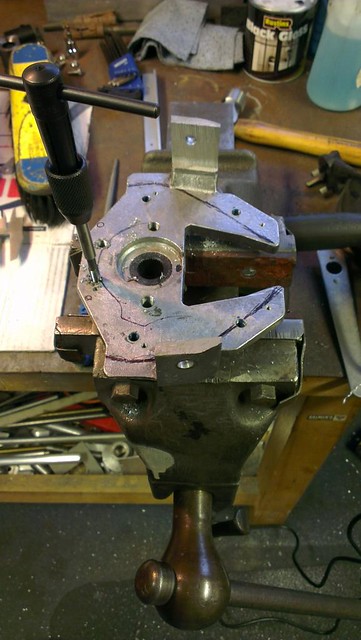 Here’s the later frame fitted to the early boss in 6 places. Two of the holes I used were M8 threads already in the early boss and the other 4 are ones I drilled and tapped. The original wheels are only held with 4 bolts but I used 6. Picture makes it look off centre for some reason but it’s not, I spent ages making sure it was centred correctly. 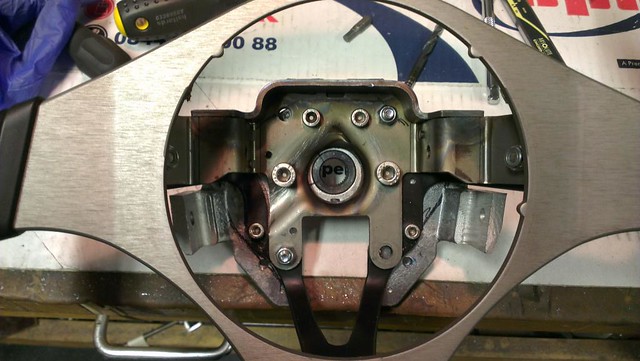 Next problem was the early boss was much bigger than the later wheels plastic trim could fit around and the early trim was completely different so wouldn’t fit the back of the later wheel. So I cut the boss down leaving as much meat in it as possible to keep the strength in it. 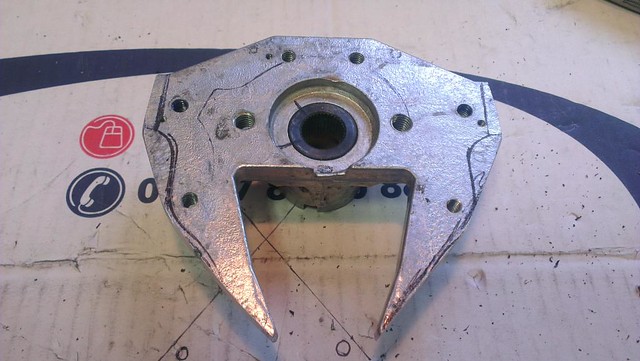 Fitted in the later plastic trim: 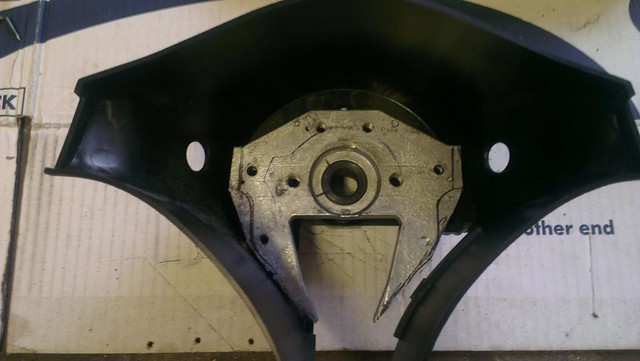 Next I trimmed the plastic trim to fit around the early boss so it could be pushed up to the back of the later wheel as it would be originally. 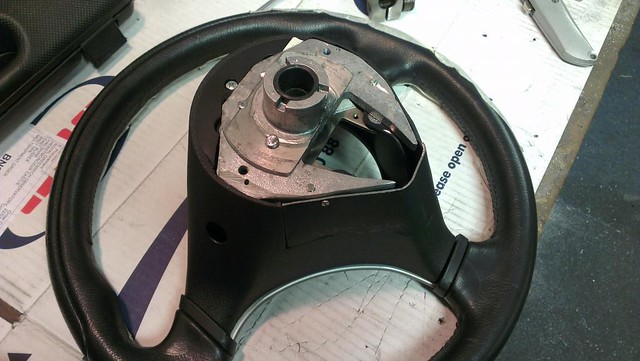 Some more pictures of it all bolted up: 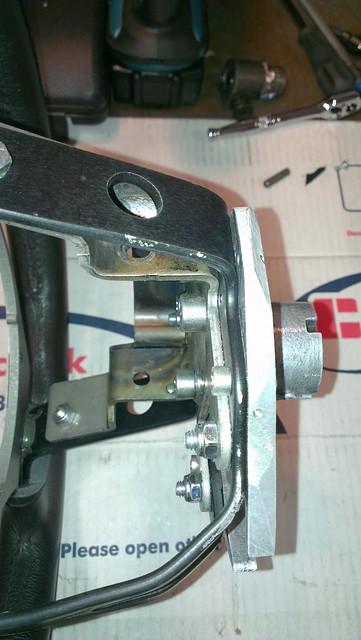 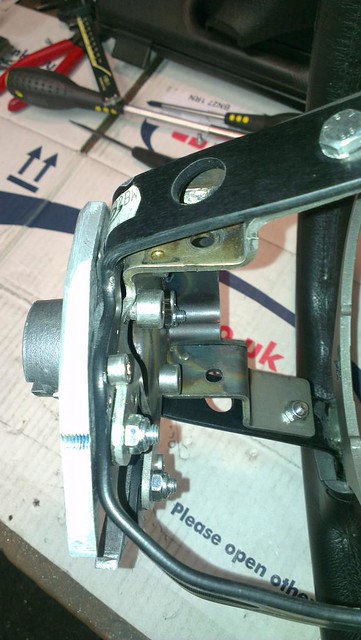 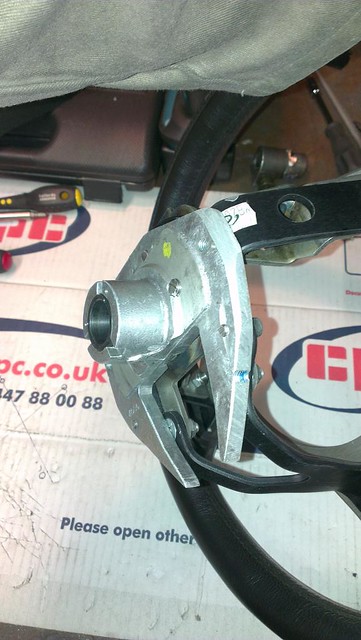 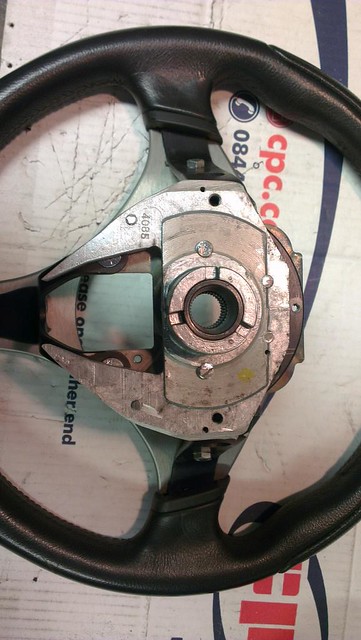 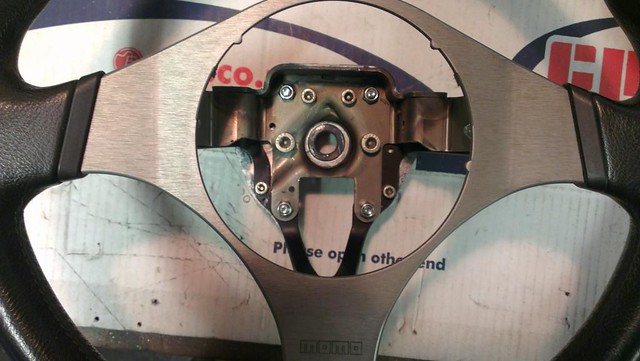 After trial fitting to my VI and making sure everything fitted ok I threadlocked all the bolts and applied some leather care. 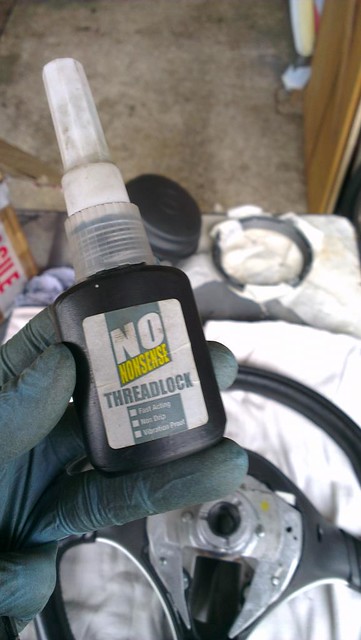 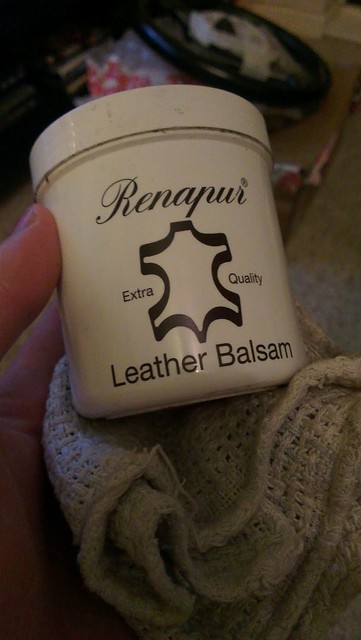 I soldered a new RS plug in to join the airbag wires. The bullet connector for the horn fitted the same so that was simple. 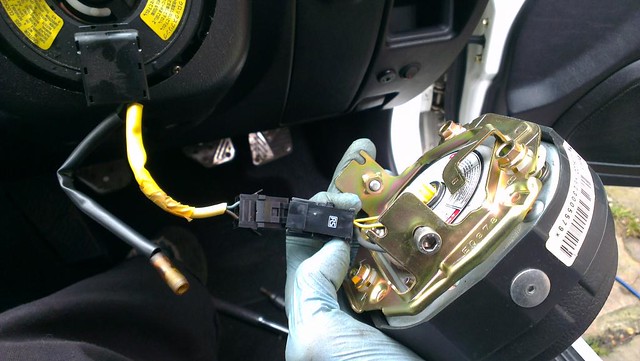 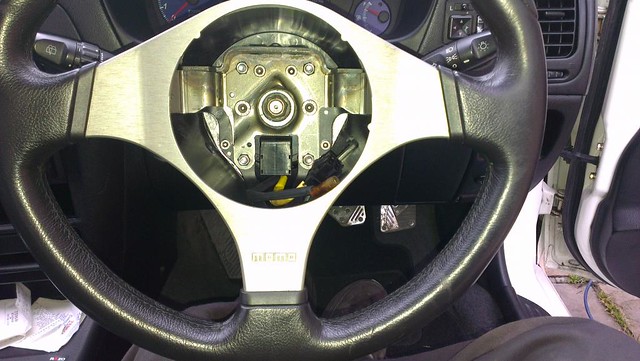 Couple more pics of it all finished 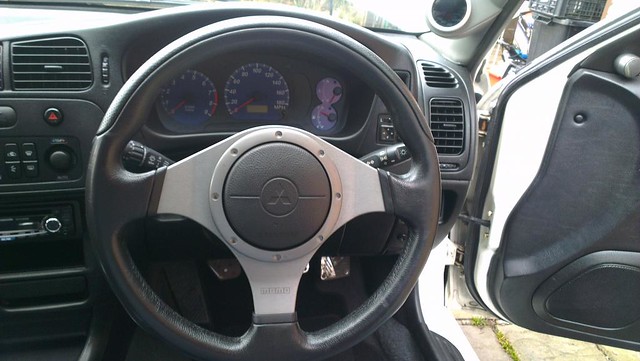 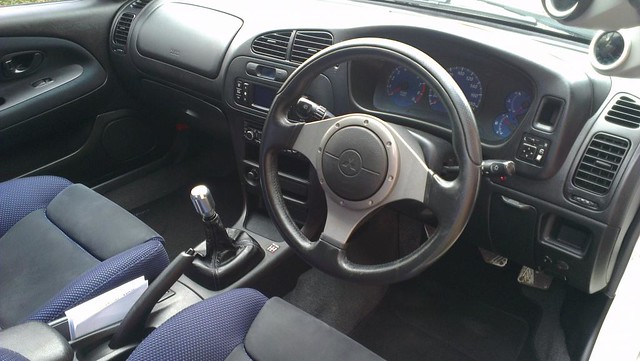 It looks so much better than the old wheel and even more important is that, for me, it greatly improves the driving experience as the wheel is smaller and chunkier so much nicer to drive with and adds a bit more overall feel to the steering.

Hope this is useful for anyone who fancies a go at this. It’s not too difficult just took a little while and is a bit of effort.