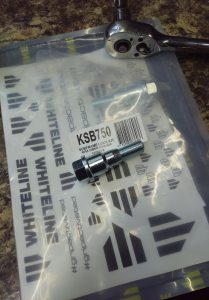 While I was reading about various rear ARB options for Subaru’s I came across the rear subframe lock bolts that Whiteline and some other suspension upgrade companies offer. So I did a bit of research about them and found that people who’ve fitted them say they make a noticeable difference. Obviously this is not always a guarantee that something will actually be that good but looking at the arrangement of the Subaru rear subframe / diff carrier I could see the theory behind these lock bolts certainly makes sense. The theory is that the rear subframe, being rubber mounted, can move around and because the suspension arms are bolted to it they will move too which will change the geometry of the rear suspension. As far as I can tell what’s likely to happen is when the outside rear wheel is loaded up through a corner it will tend to push the rear subframe inwards. The top mount of the strut won’t tend to move inwards in the same way resulting in a reduction in negative camber, the opposite to what you want when loading up an outside wheel through a corner. Also any shifting in position of the rear subframe under any changing direction of the loads on the rear end will tend to make the rear of the car feel less connected to the rest of the chassis. So if you can stop the subframe from moving so much these problems will be reduced, the suspension link bushes will still do it to a certain extent.

So when I ordered the Whiteline ARB I figured I’d get some of the Subframe Lock Bolts too especially as they are relatively cheap at £30. At that price they have got to be worth a try! 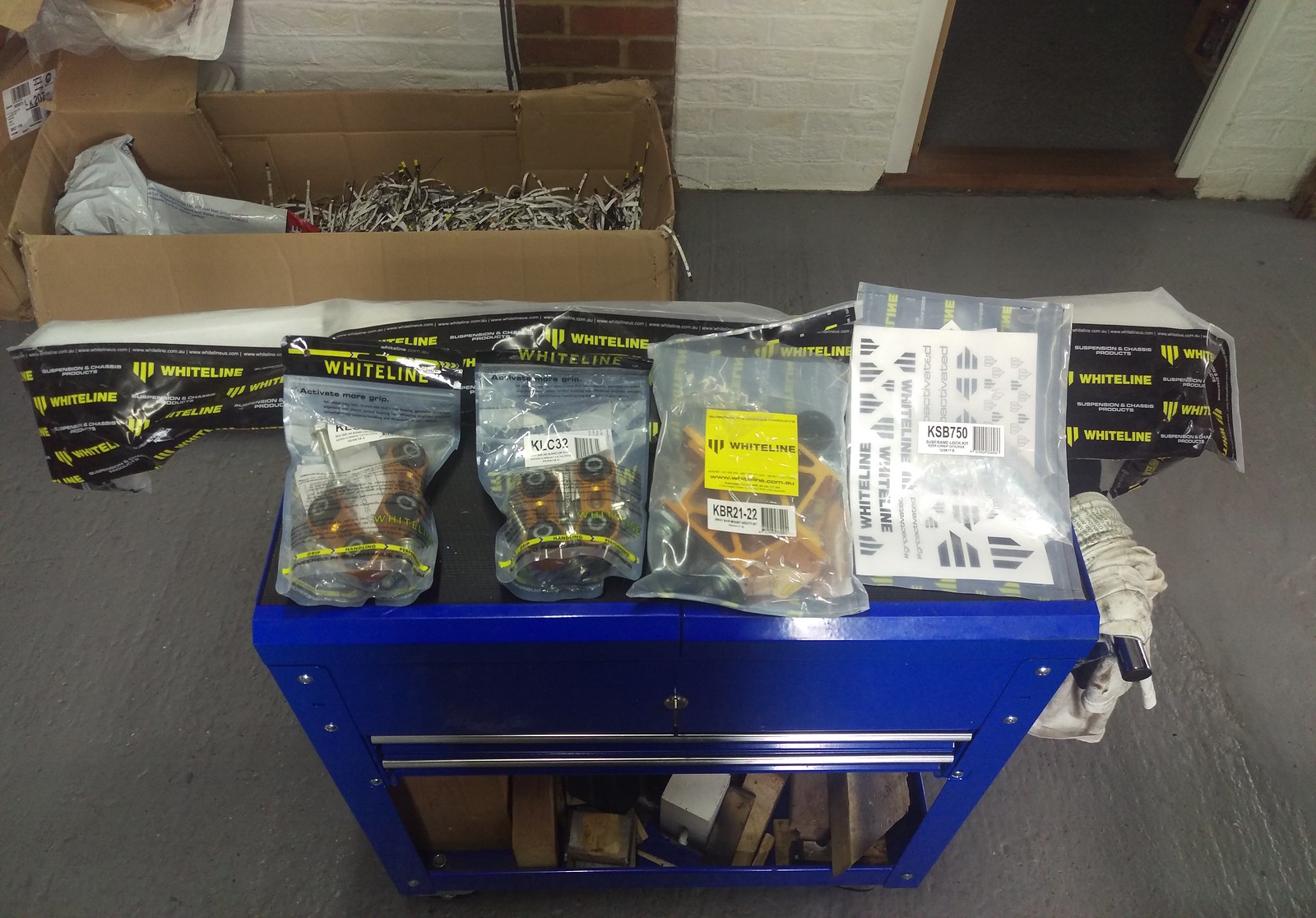 The Whiteline part number for these is: KSB750 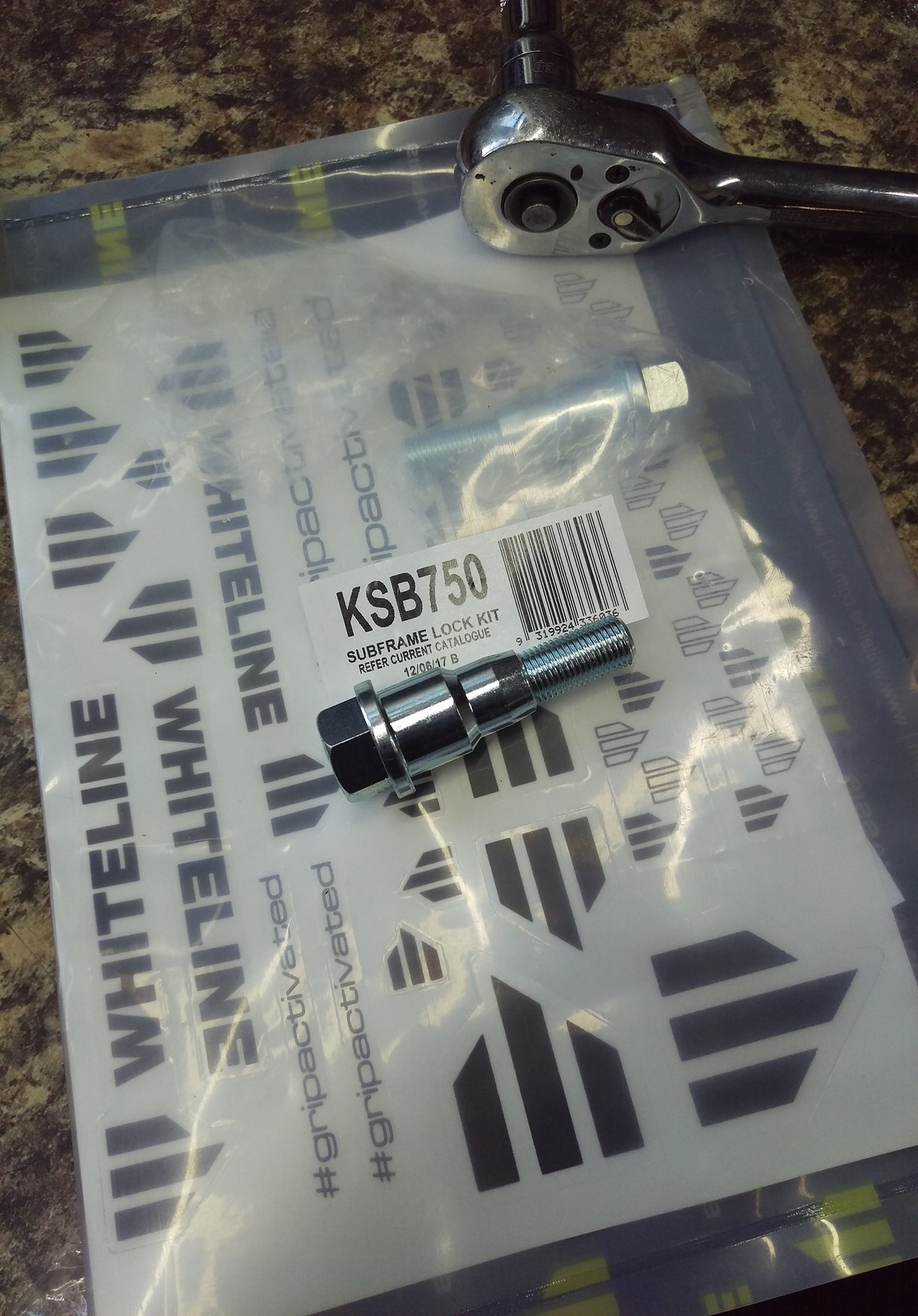 The instructions that come with these bolts say not to fit them for extended periods. I understand why that is and I’m sure there’s a certain amount of covering themselves so I’m not concerned. The shell of my FSTI is very good and solid with no rust and I won’t be tracking it or driving it like I stole it all the time. If I were fitting these to a particularly rusty shell and hammering the car around tracks all the time then I would, at the very least, keep a careful eye on things. As it is I’m sure they’ll be fine for my usage and I will keep a good eye on the car as I do anyway.

Before fitting the bolts I gave the threads in the chassis a good clean out with the air line, some GT85 and a little wire brush I could wind in and out. This one: 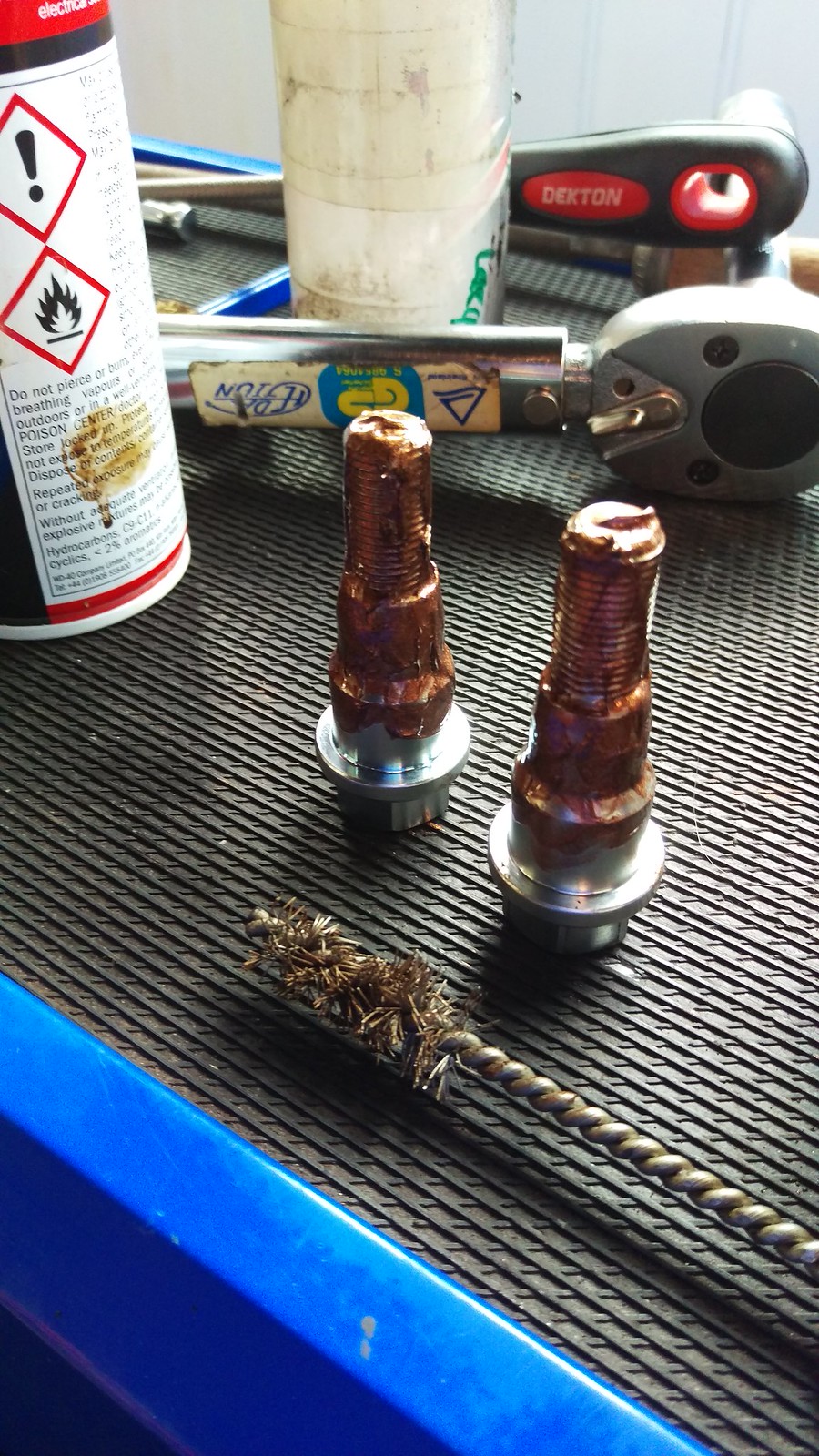 I also checked the bolts would thread in ok before covering them in copper grease to help them thread in and prevent them seizing in.

I also put some copper grease on the subframe. 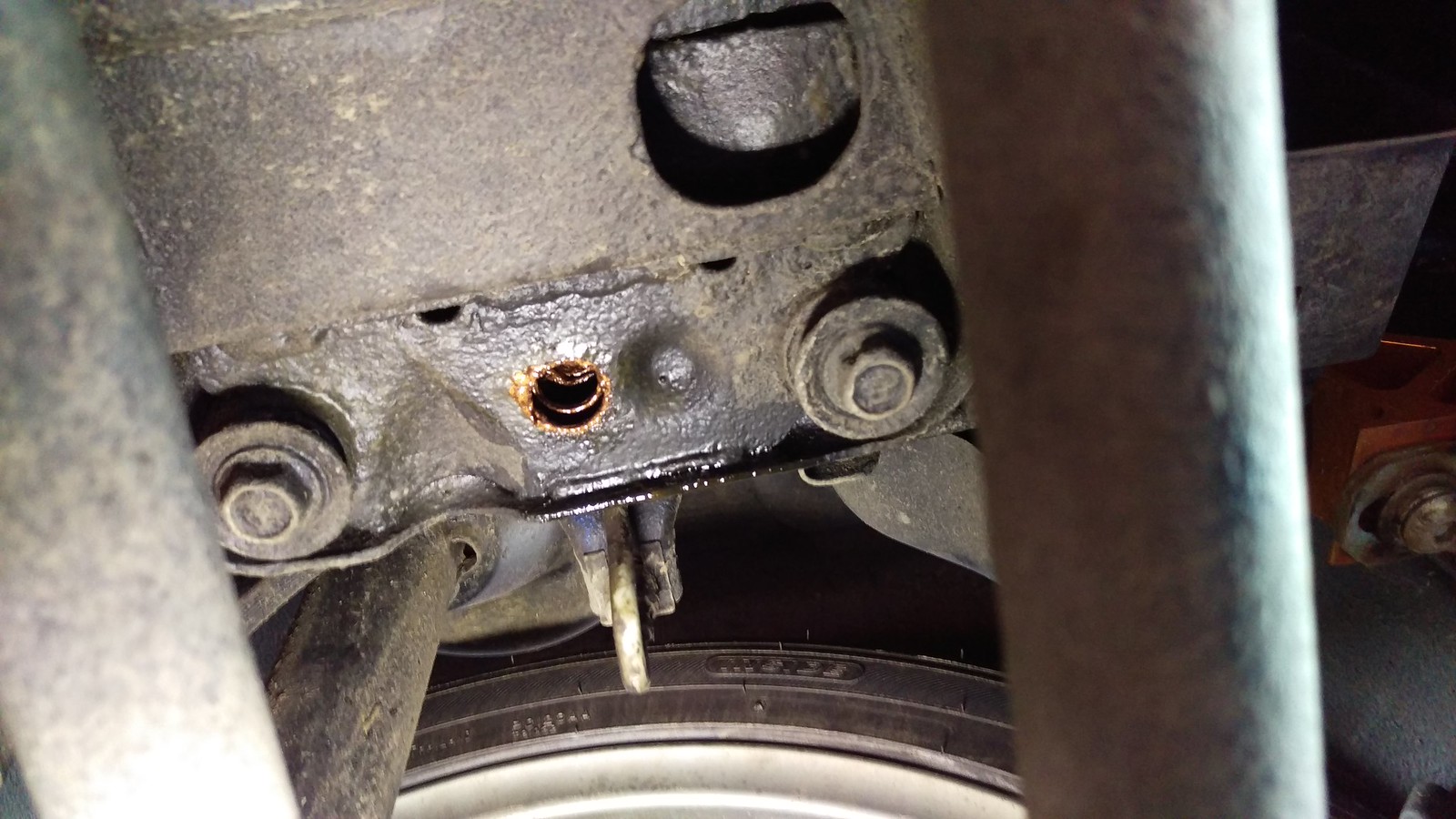 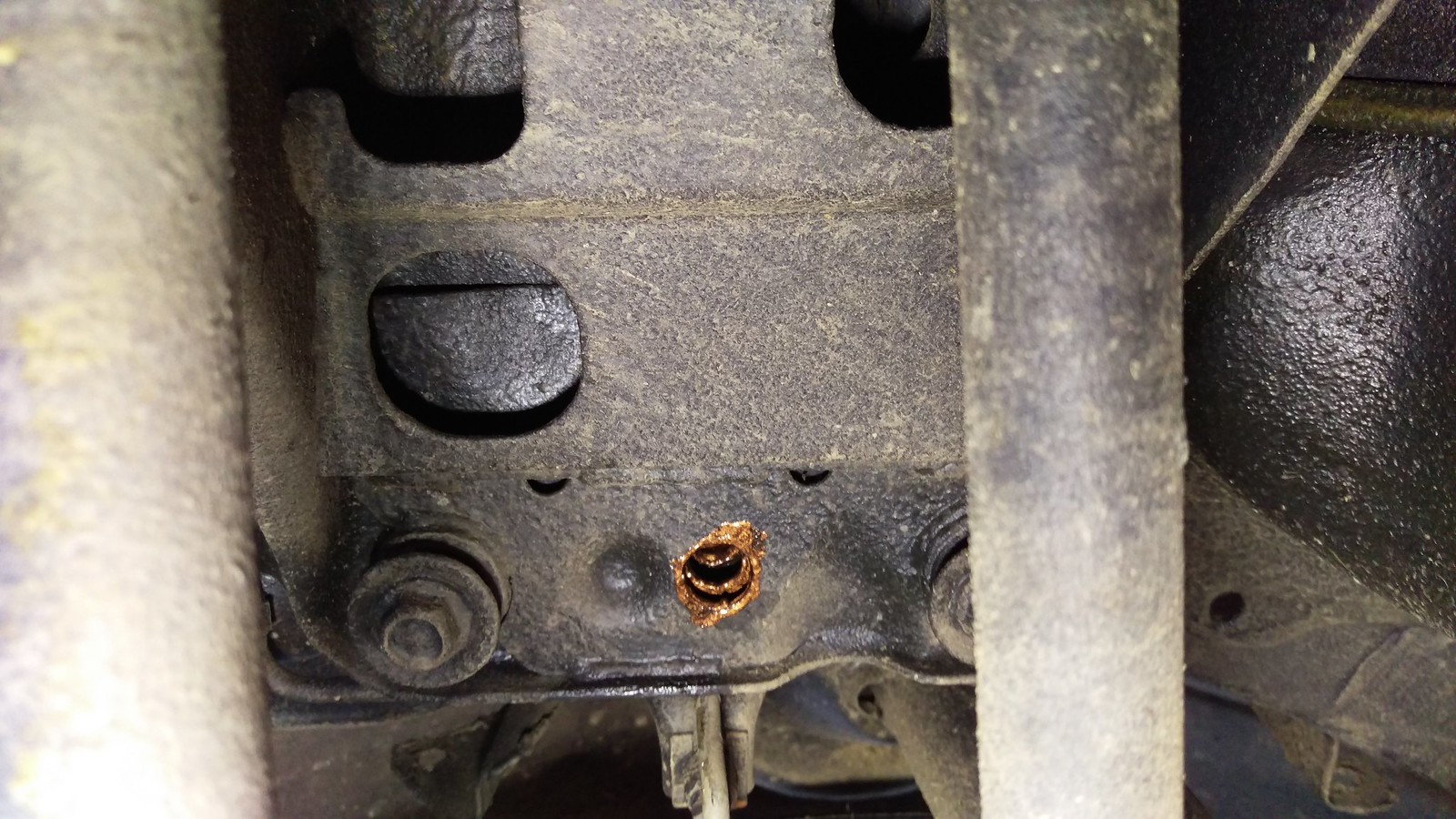 They are a fairly tight fit especially if the subframe isn’t quite lined up with the holes. I used a file on the subframe to help gain a bit of clearance on one side as, though the other side was aligned fine one side wasn’t quite right and that would probably have just caused the bolt to cross thread. I know the threads in mine were clean and free from rust plus I checked the bolts started threading in ok before they got tight but if I were fitting these to a rusty shell or into threads that were not as clean I would definitely invest in a tap to run through the thread a couple of times first.

So with a decent socket on an extension and torque wrench plus a good light to make sure they are going in straight they just wound in until they bottomed out as the instructions say they will. Then I torqued them up to 90Nm as per the instructions. 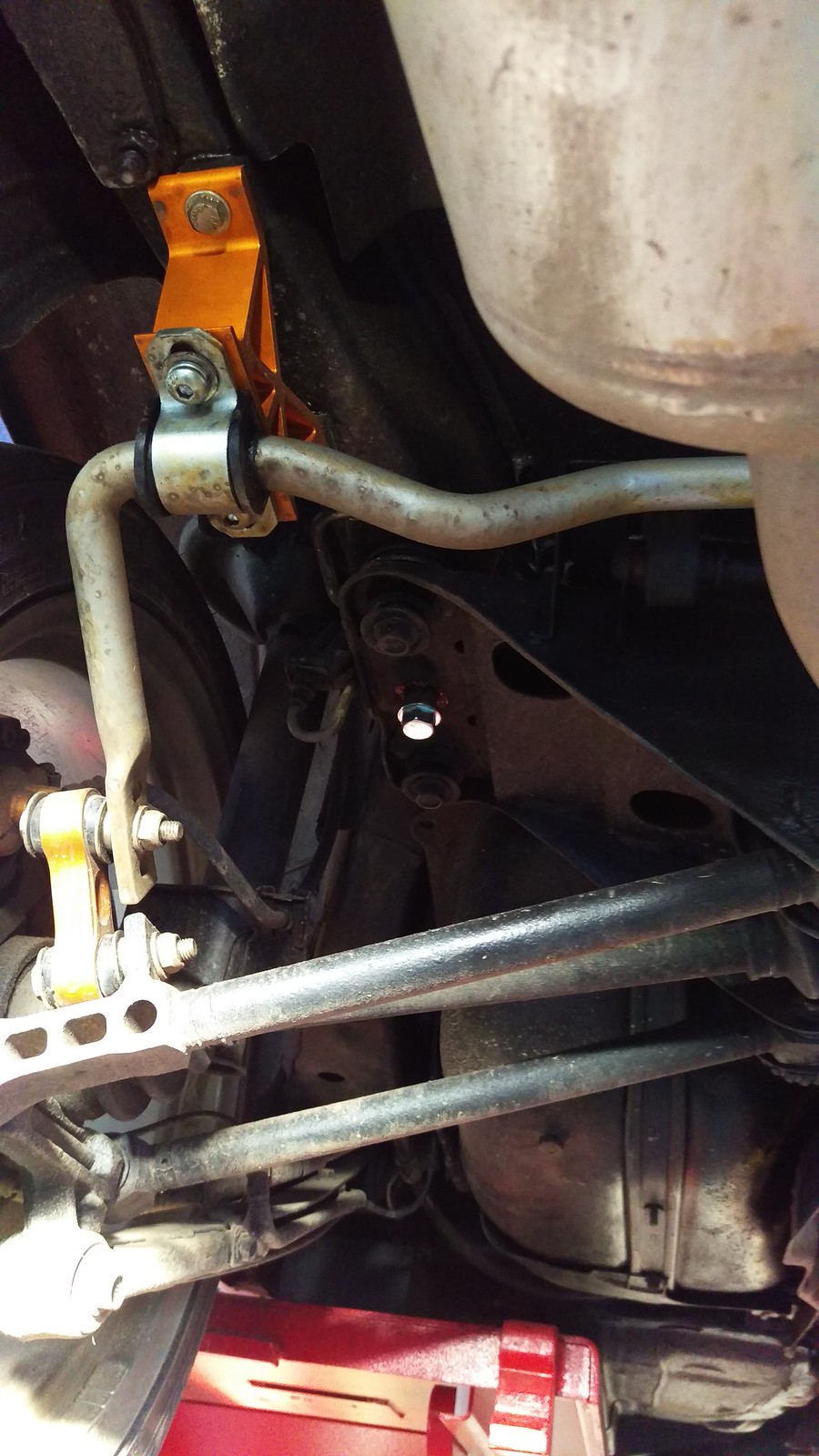 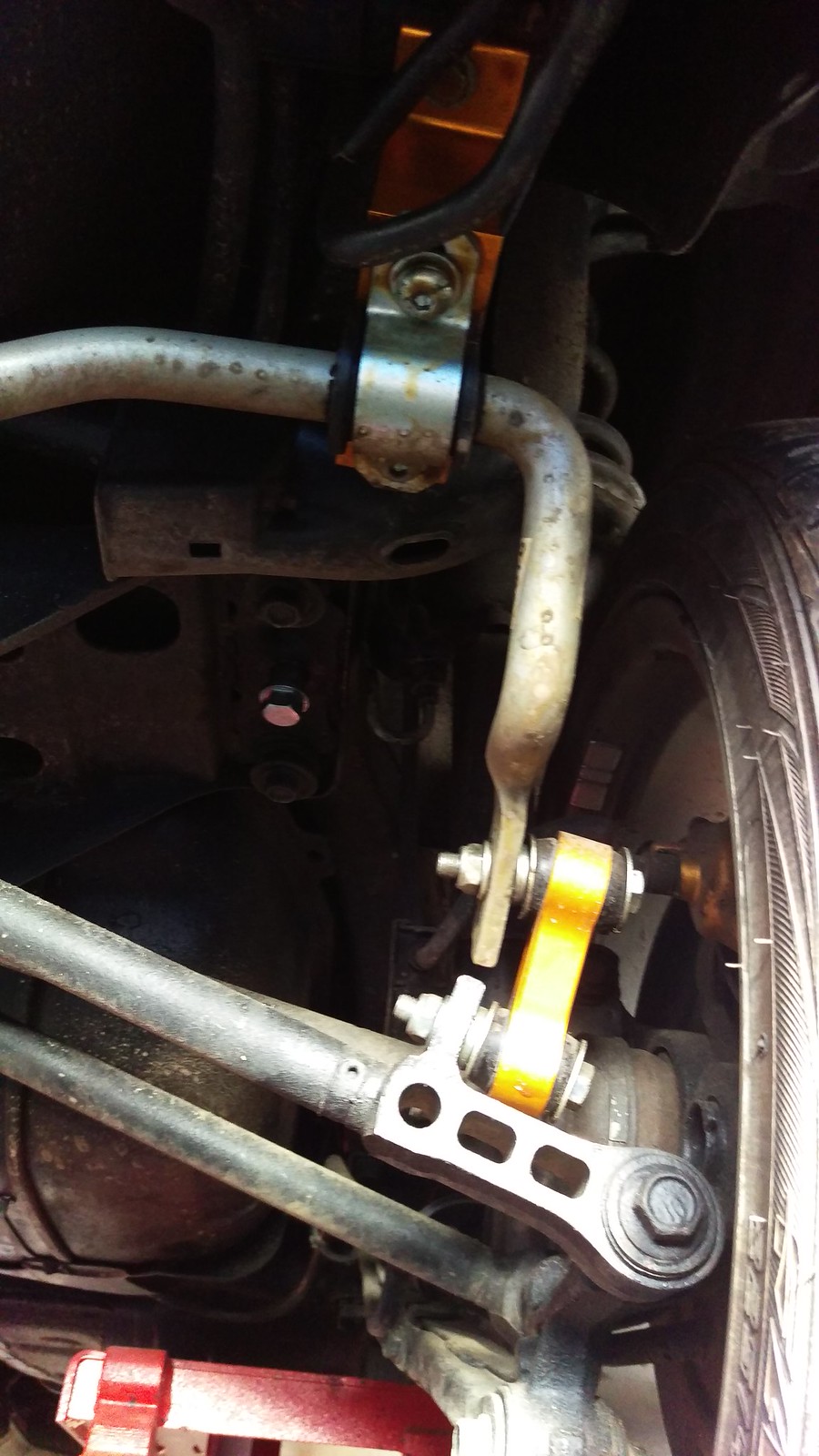 This is how they finished up. 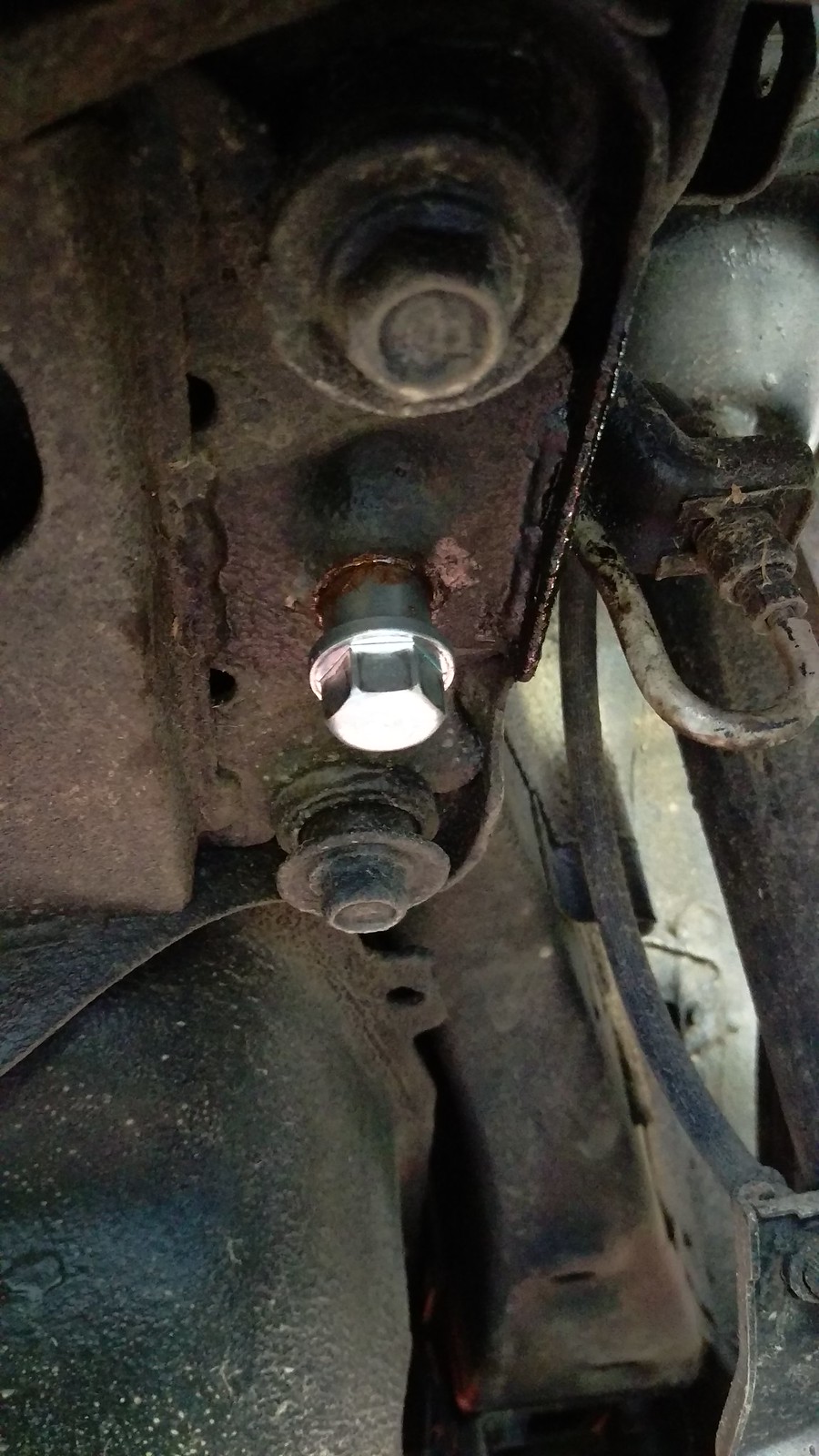 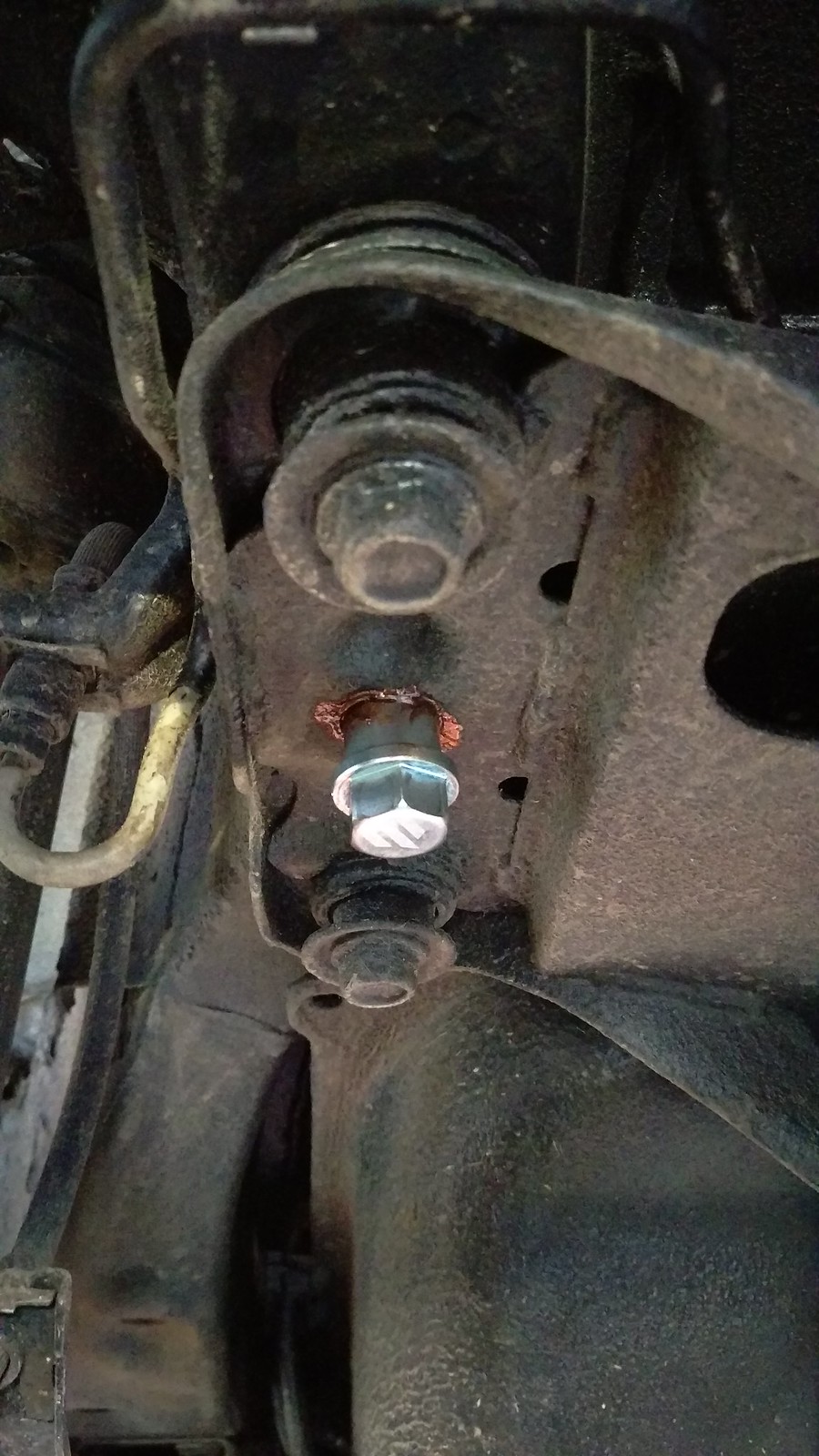 I have to say the reviews I’d read weren’t far wrong. These really do make a noticeable difference to how the rear of the car behaves. Probably one of the cheapest and most effective car mods you’ll ever find.