I’d already fitted some new, larger door speakers in the front doors as shown here. One of the rears had a bit of a rattle and they were likely to be in the same poor condition that I found the fronts in so may as well change them too.

Off with a door card to take a look. The door cards come off in the same way shown in the link above. 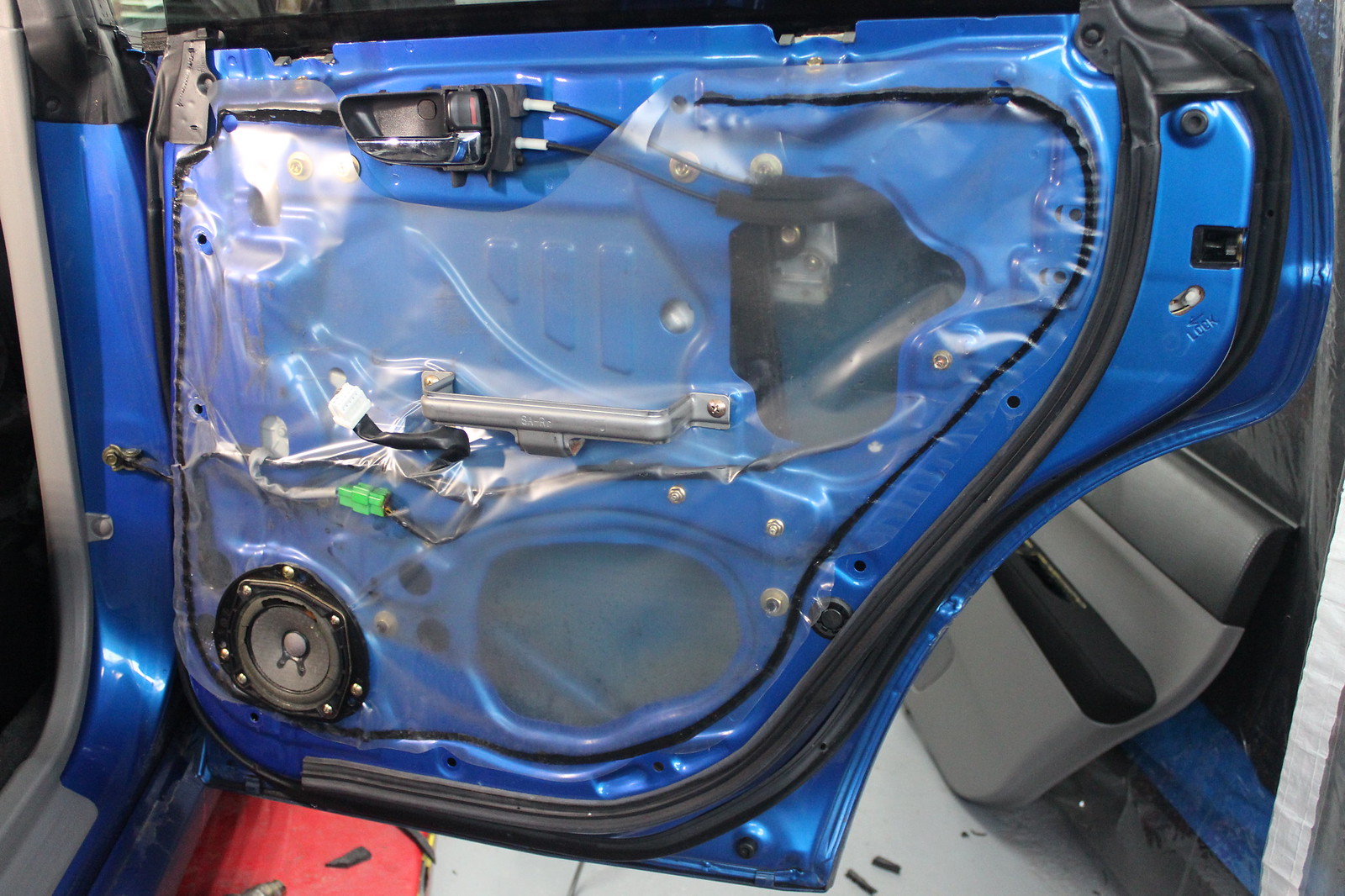 It’s not worth spending too much on rear door speakers as you’re unlikely to notice the difference over cheaper options. I’d fitted Focal speakers up front so I thought I’d go for the same brand though a slightly cheaper, lower specification. I also didn’t waste effort trying to figure out how to fit a much larger cone diameter.

I went for a pair of Focal Auditor RCX-130. They’re a larger cone diameter than the OEM speaker and include a tweeter but fit in the OEM speaker hole in the door without the need for any adapter or spacer. 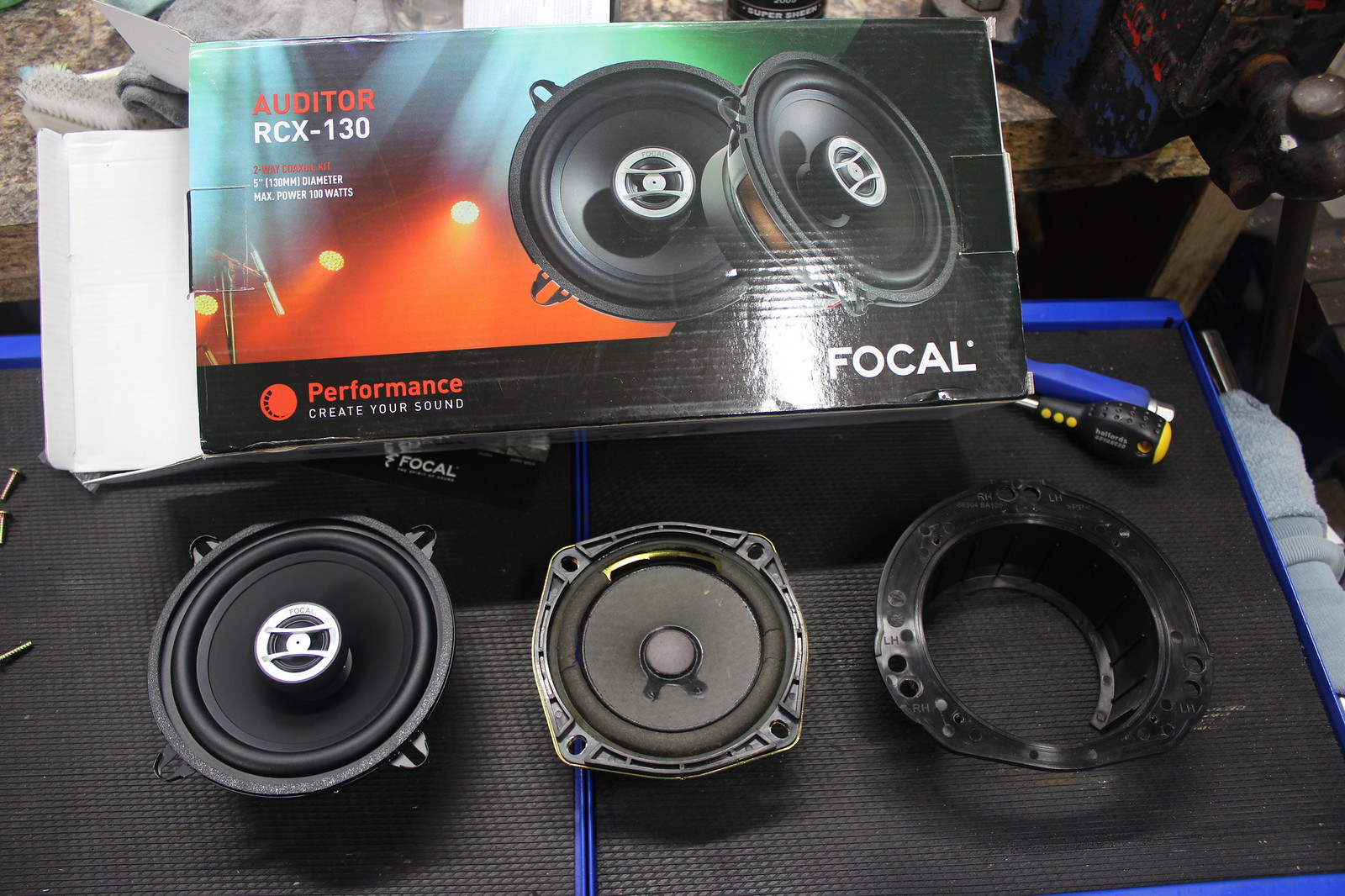 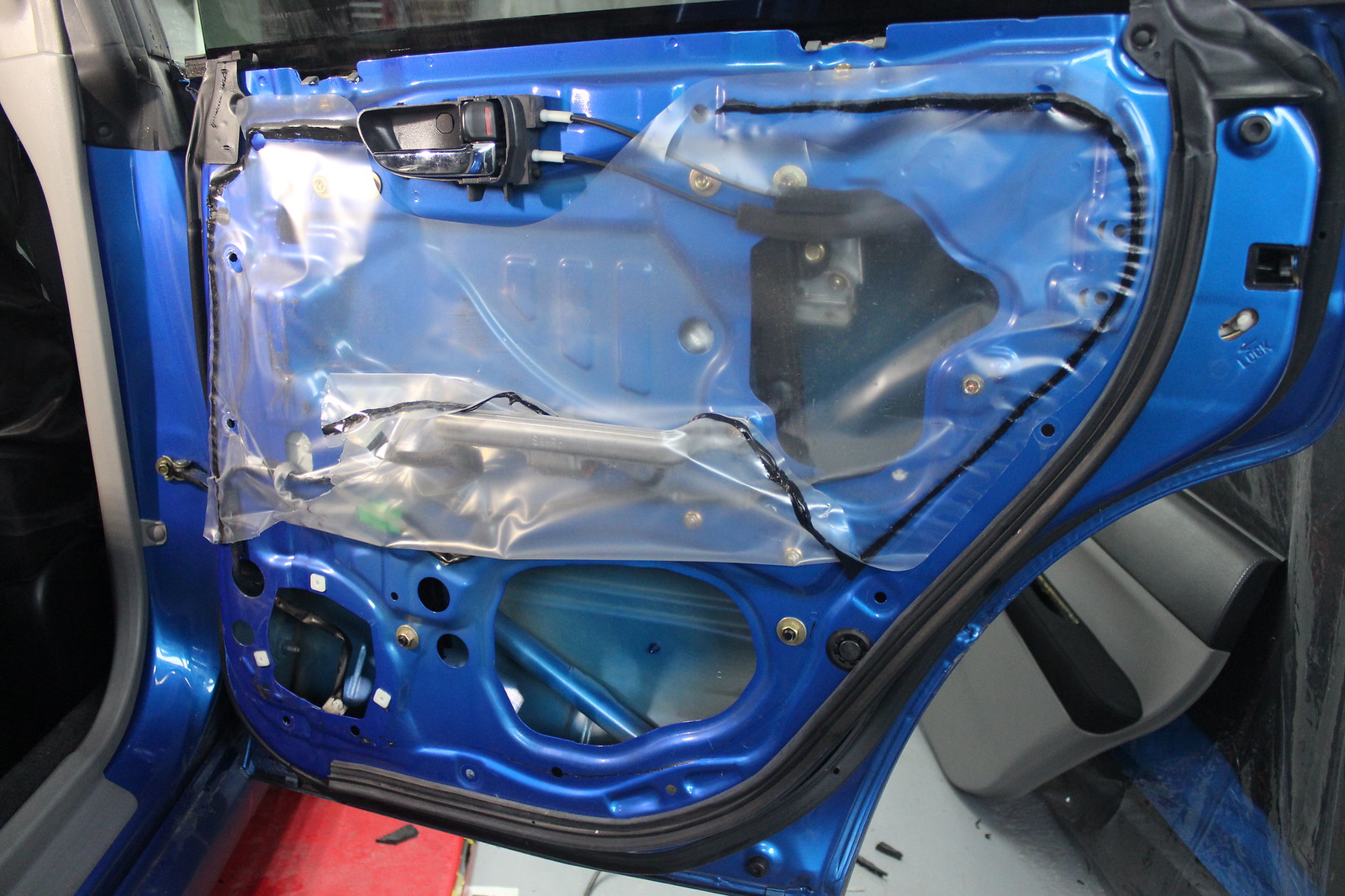 4 black marker lines showing where to drill the mounting holes. 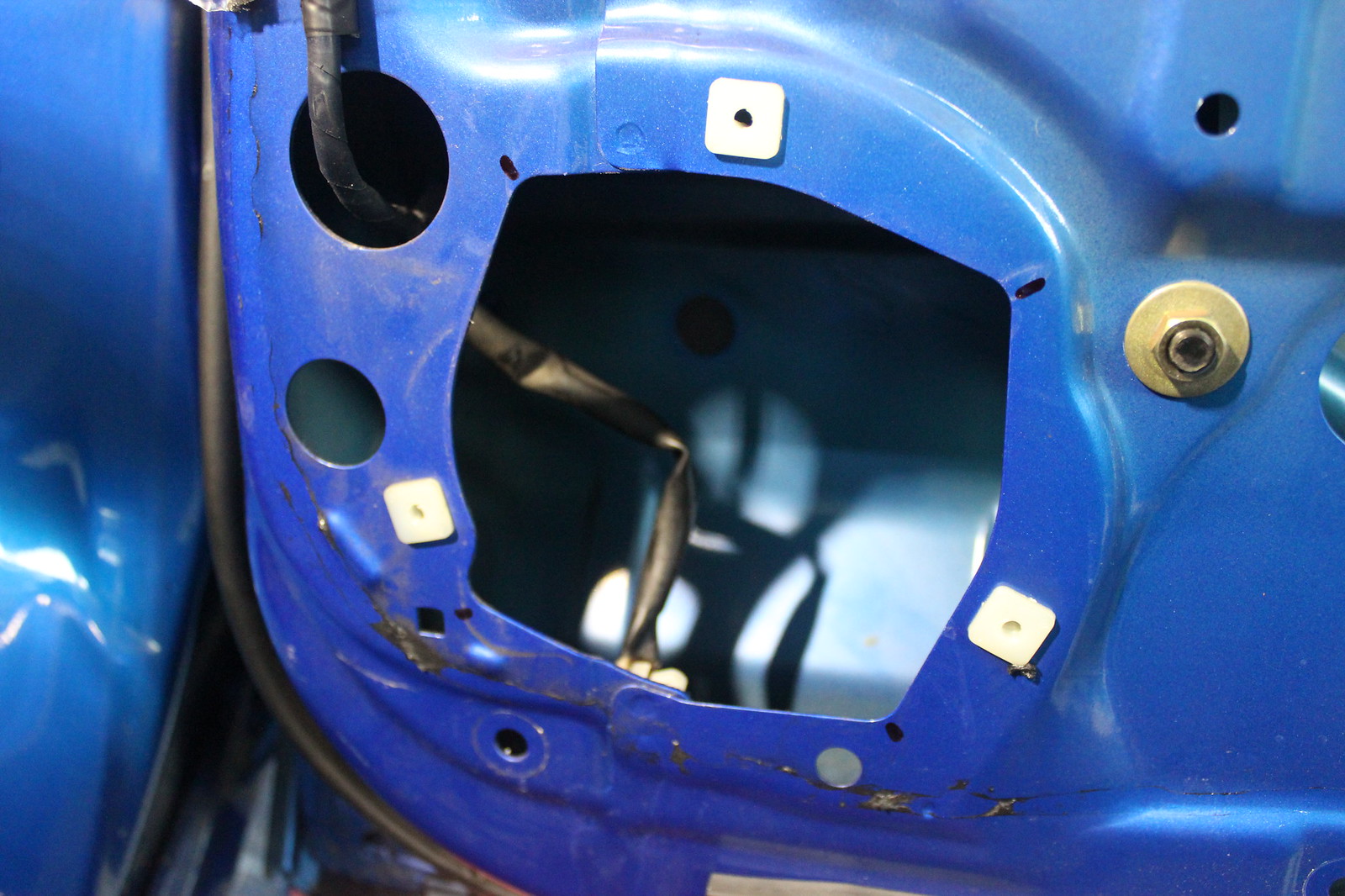 Before fitting the speakers I added some sound deadening and closed cell foam from SilentCoat.co.uk. 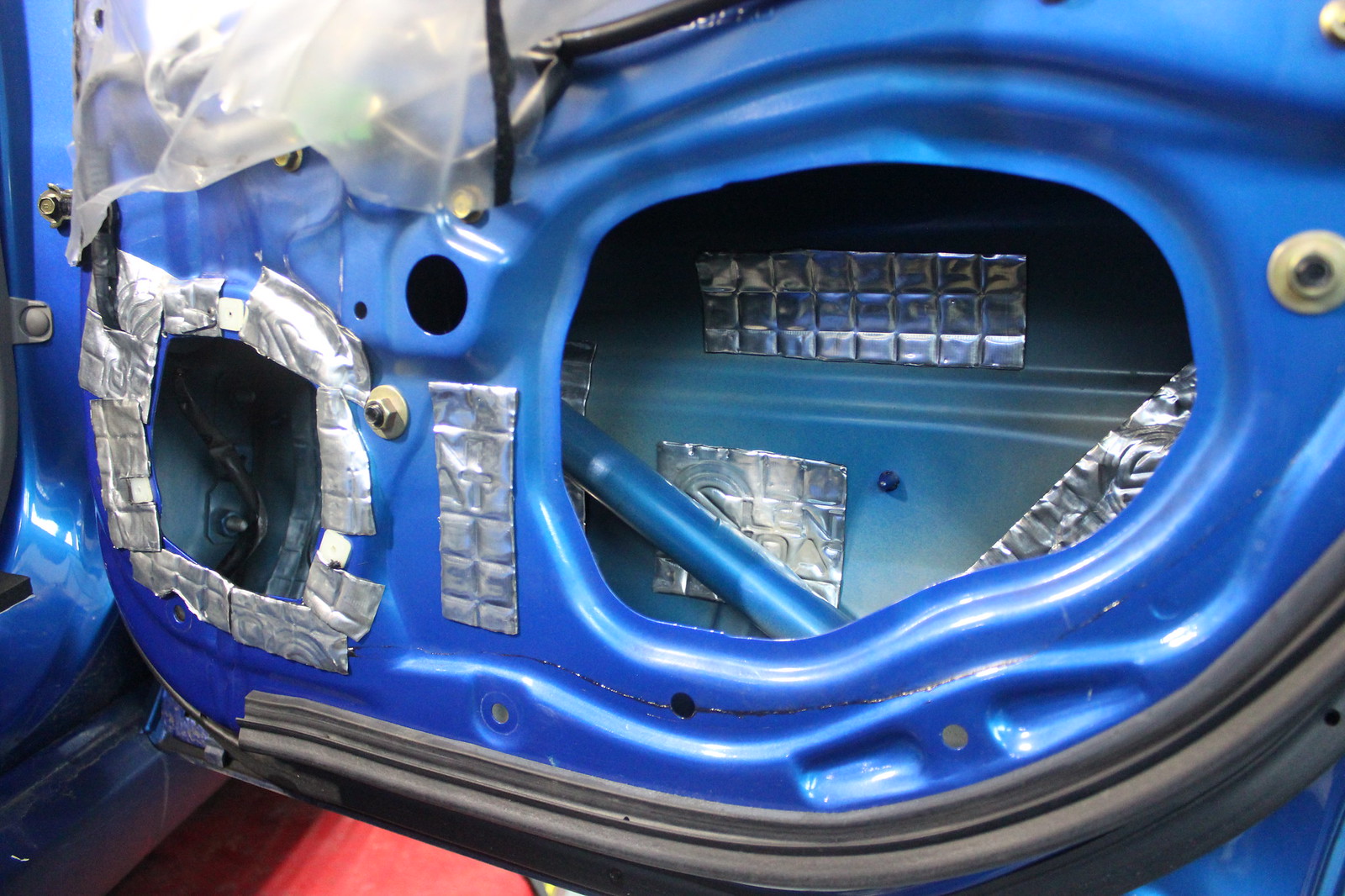 Again, no point getting too carried away in the rear doors but this was using the left overs I had from doing the front doors. 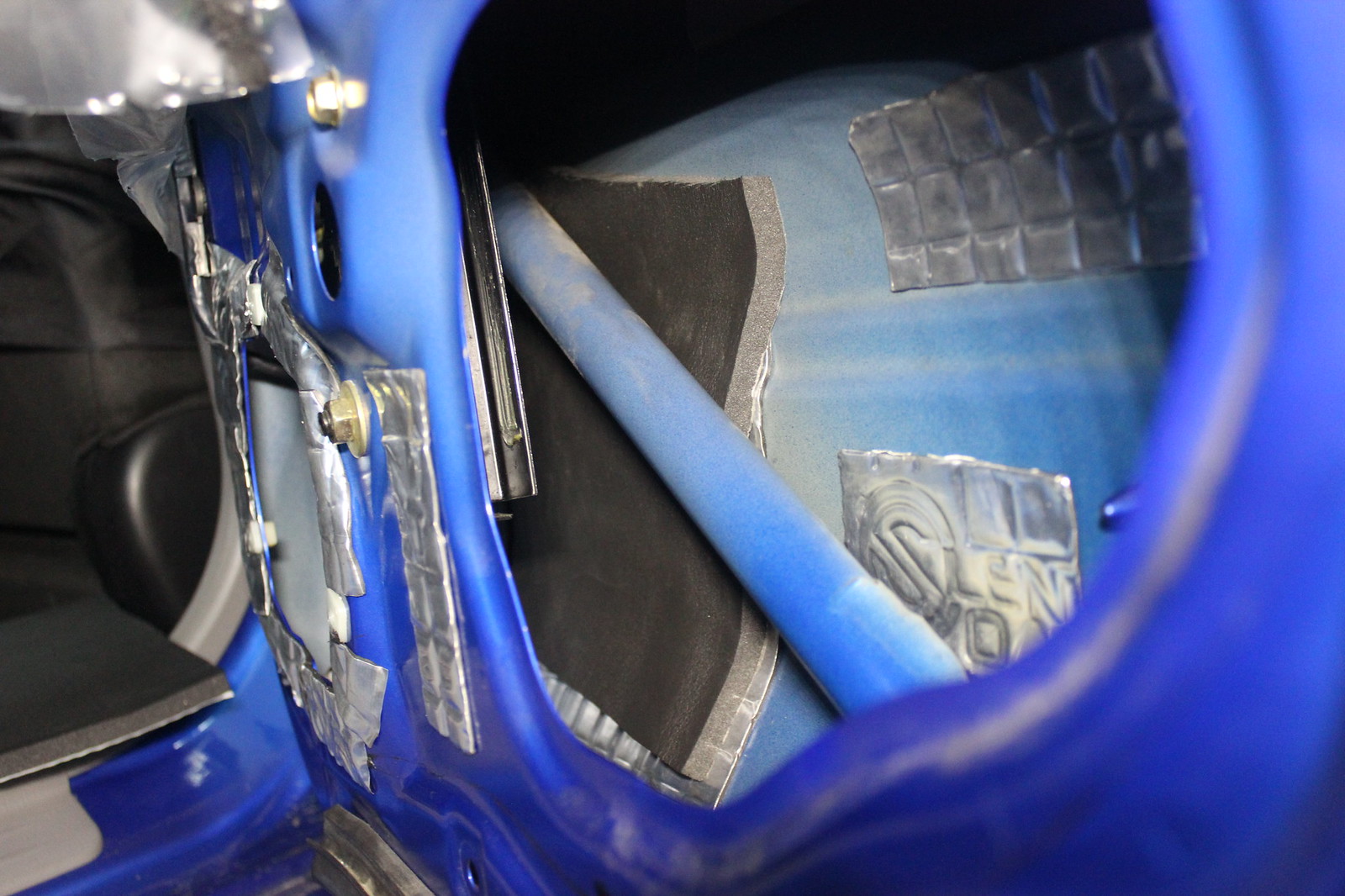 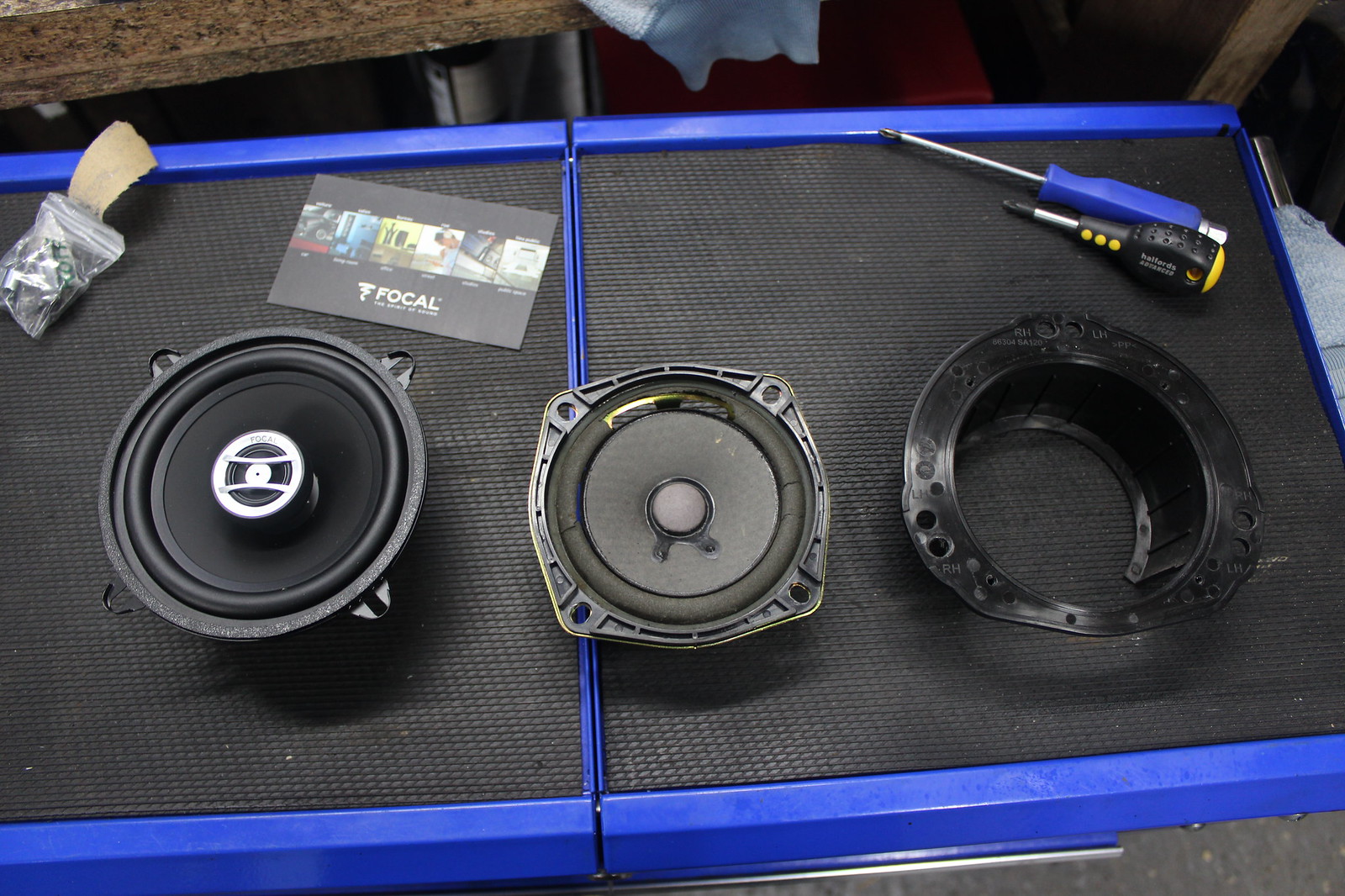 The OEM speakers had two spade connectors for the plug in the door to connect on to. If possible I didn’t want to have to chop the car loom and have to remake connections etc. 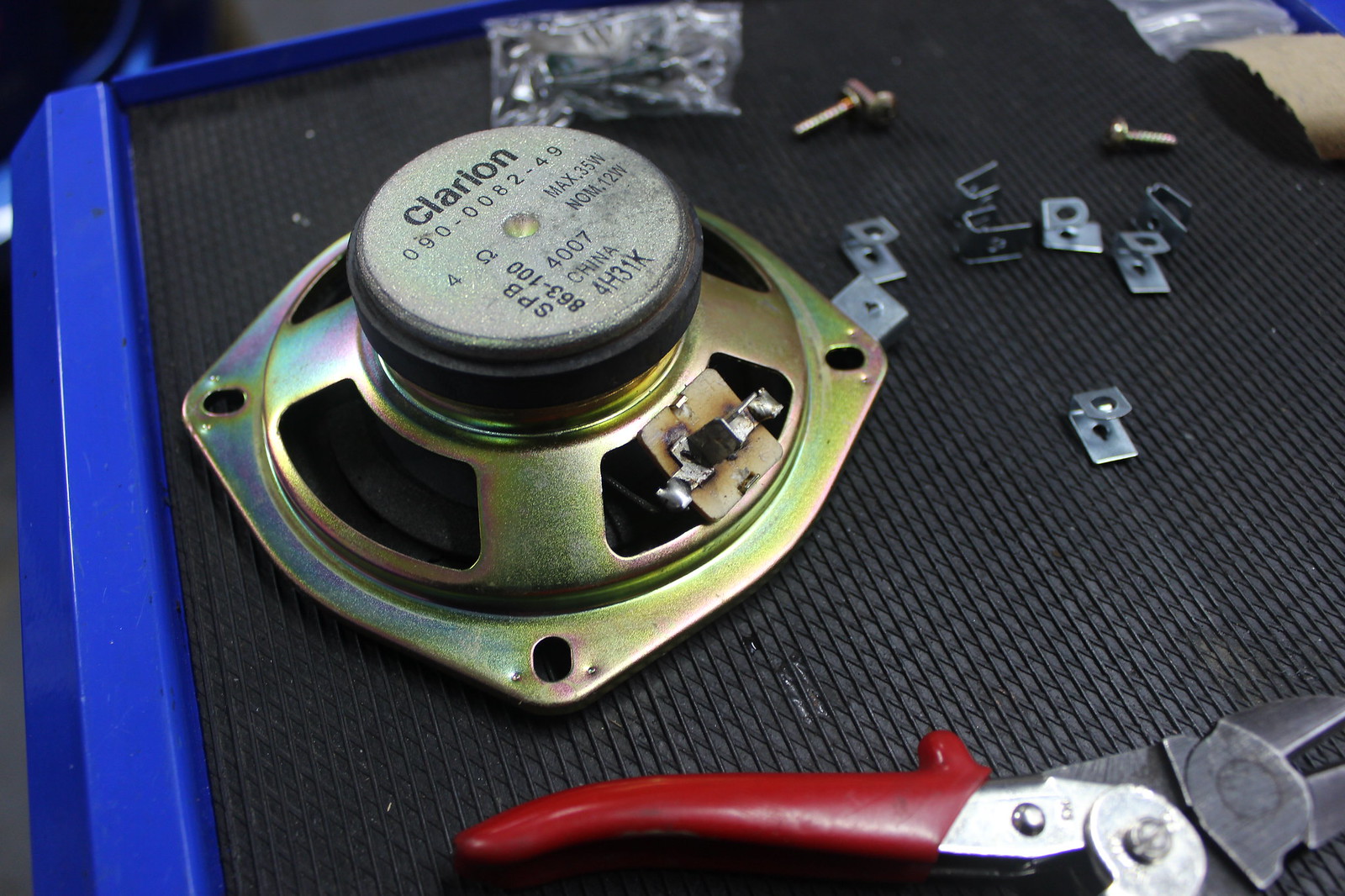 So I cut the OEM speaker connection off to fit it to the new Focal speaker allowing the OEM wiring plug to fit the Focal speaker. 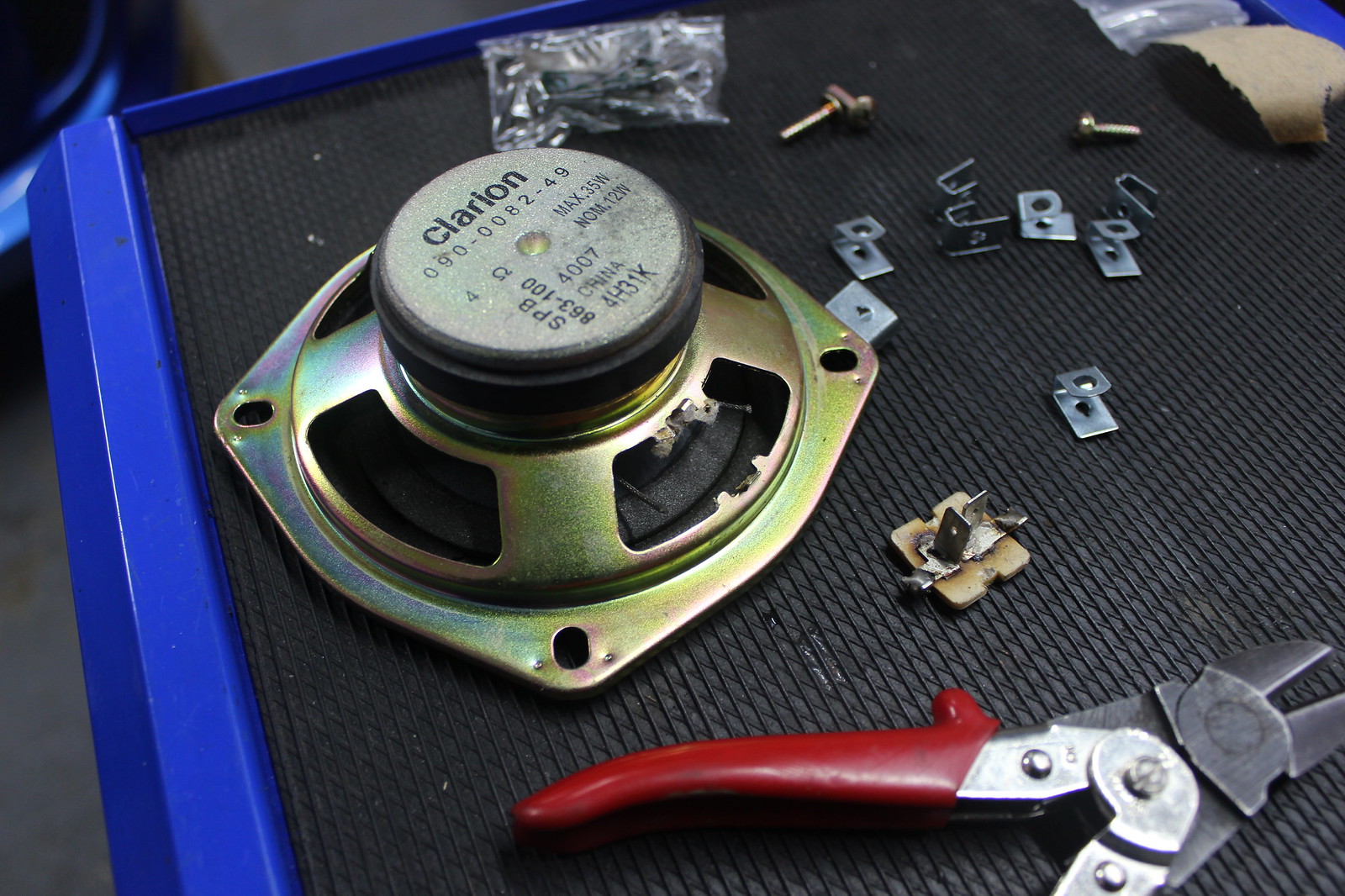 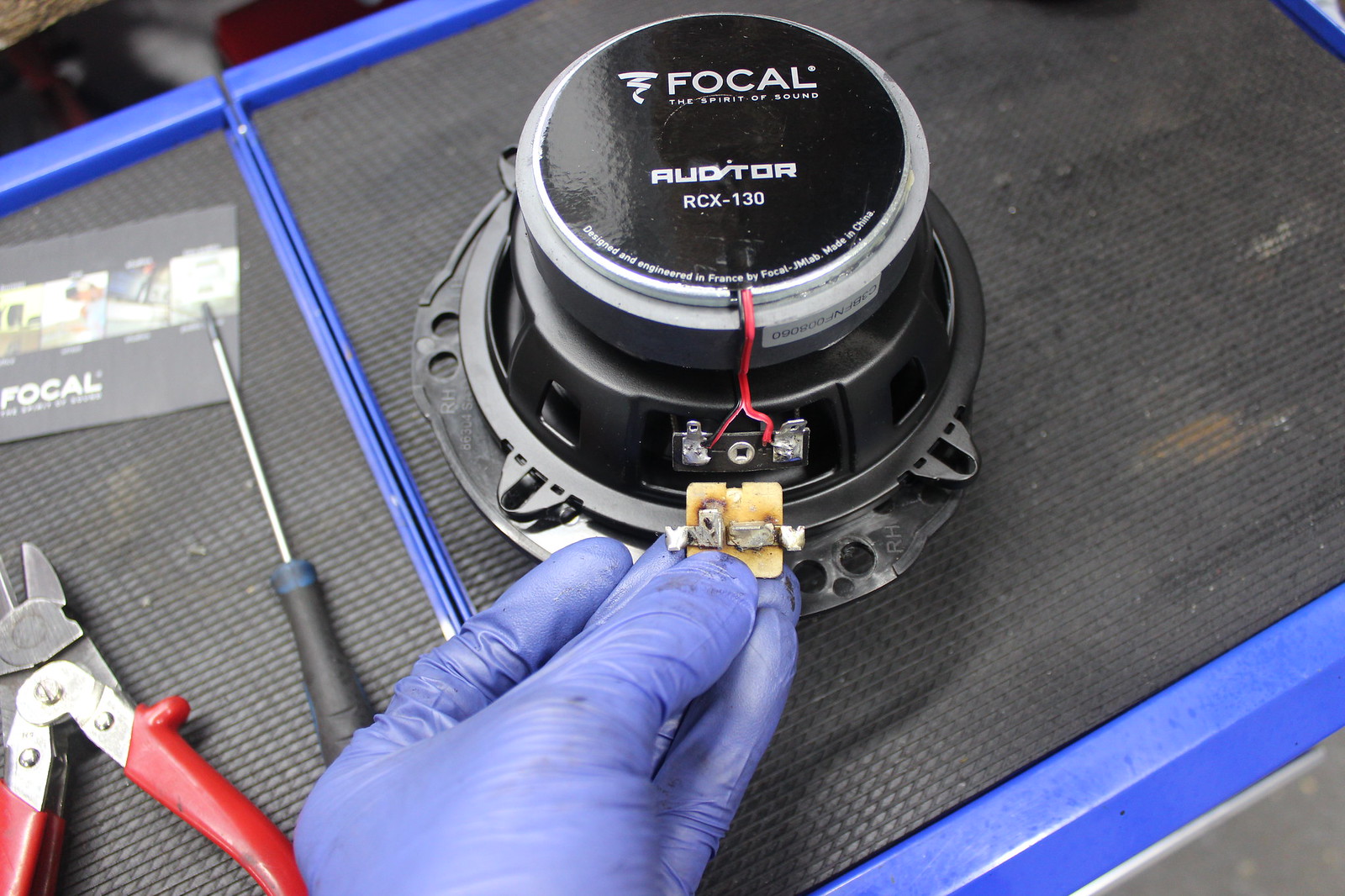 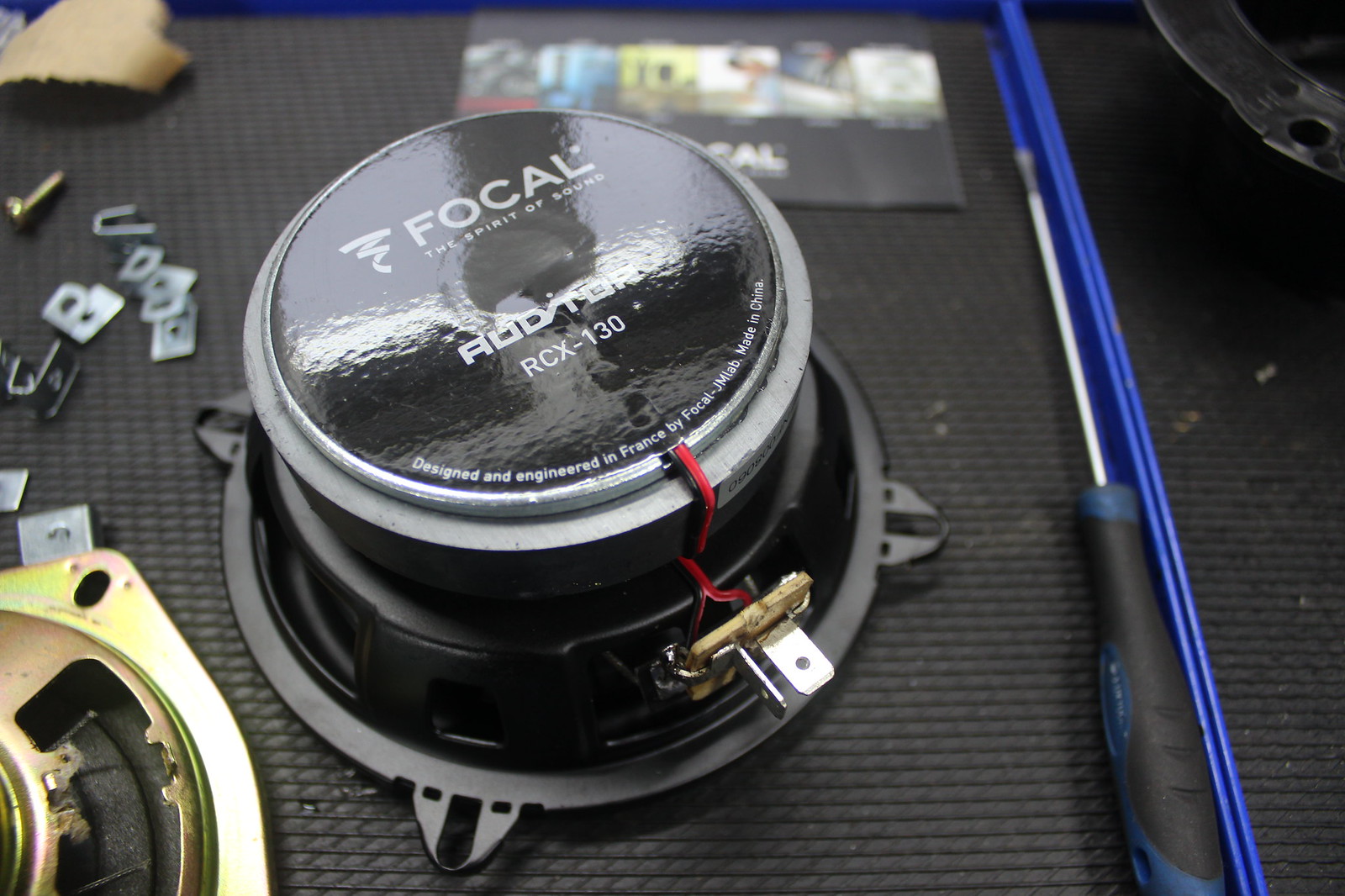 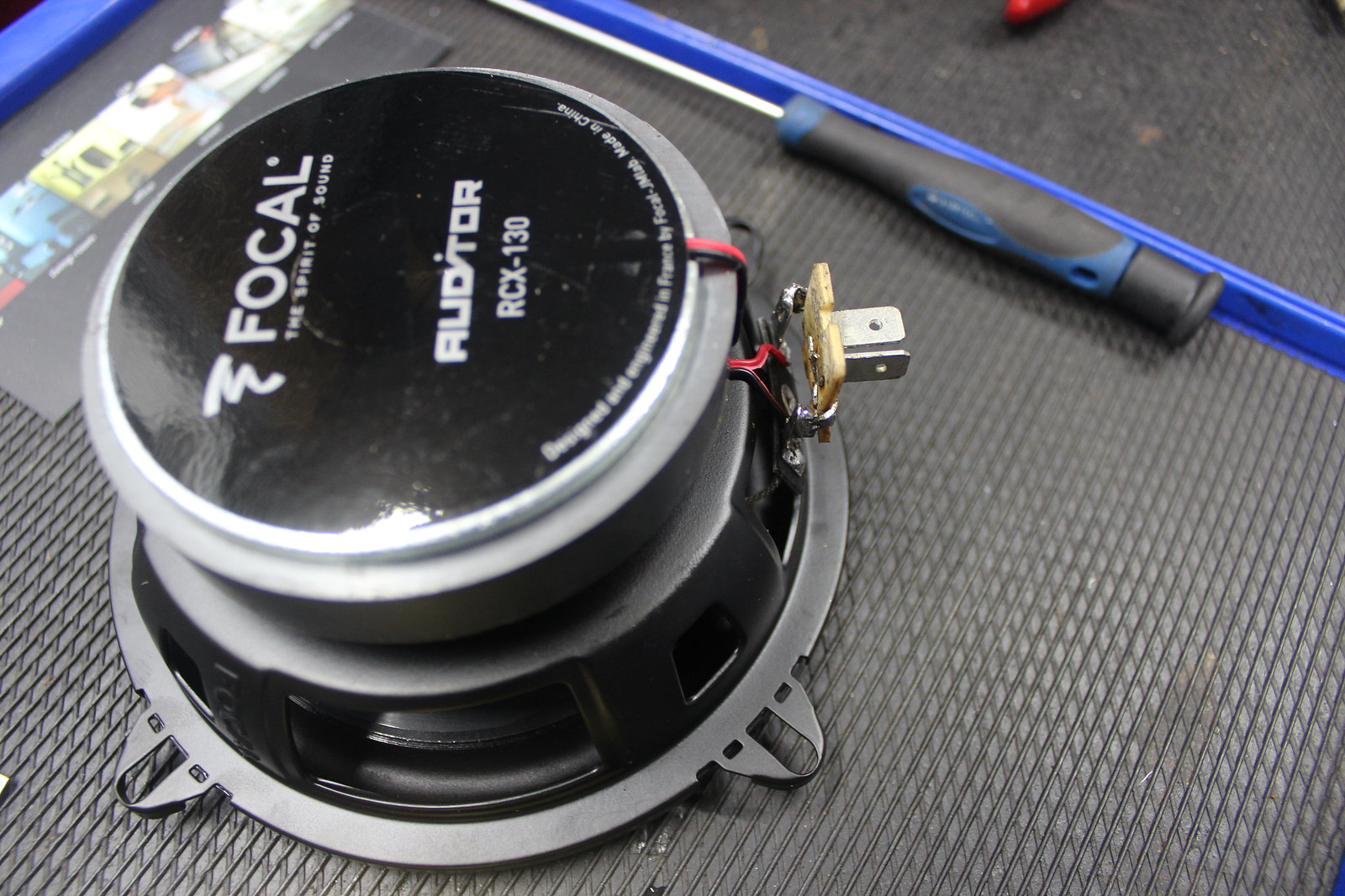 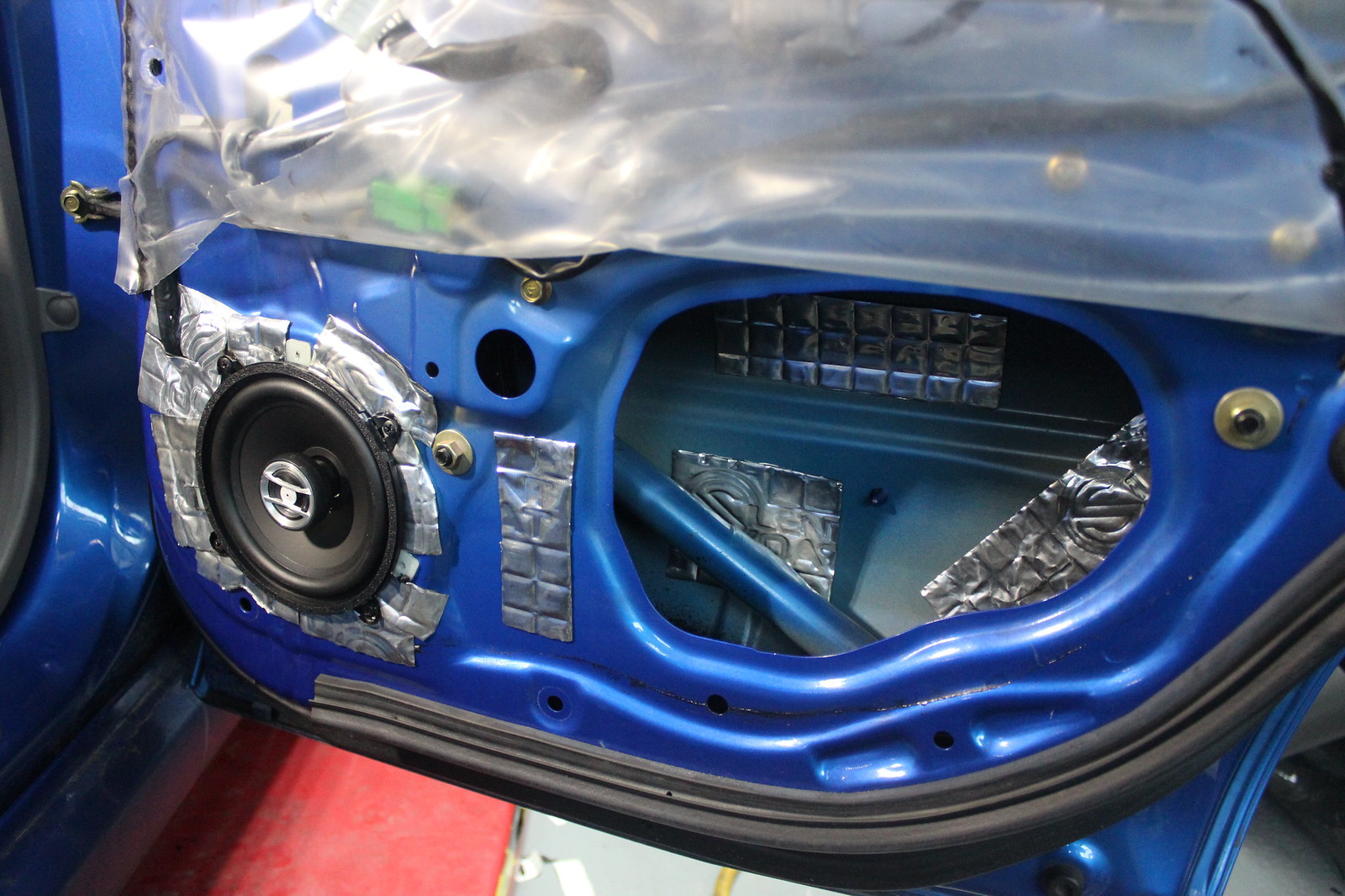 Speaker in place and plastic trimmed and taped back in place. 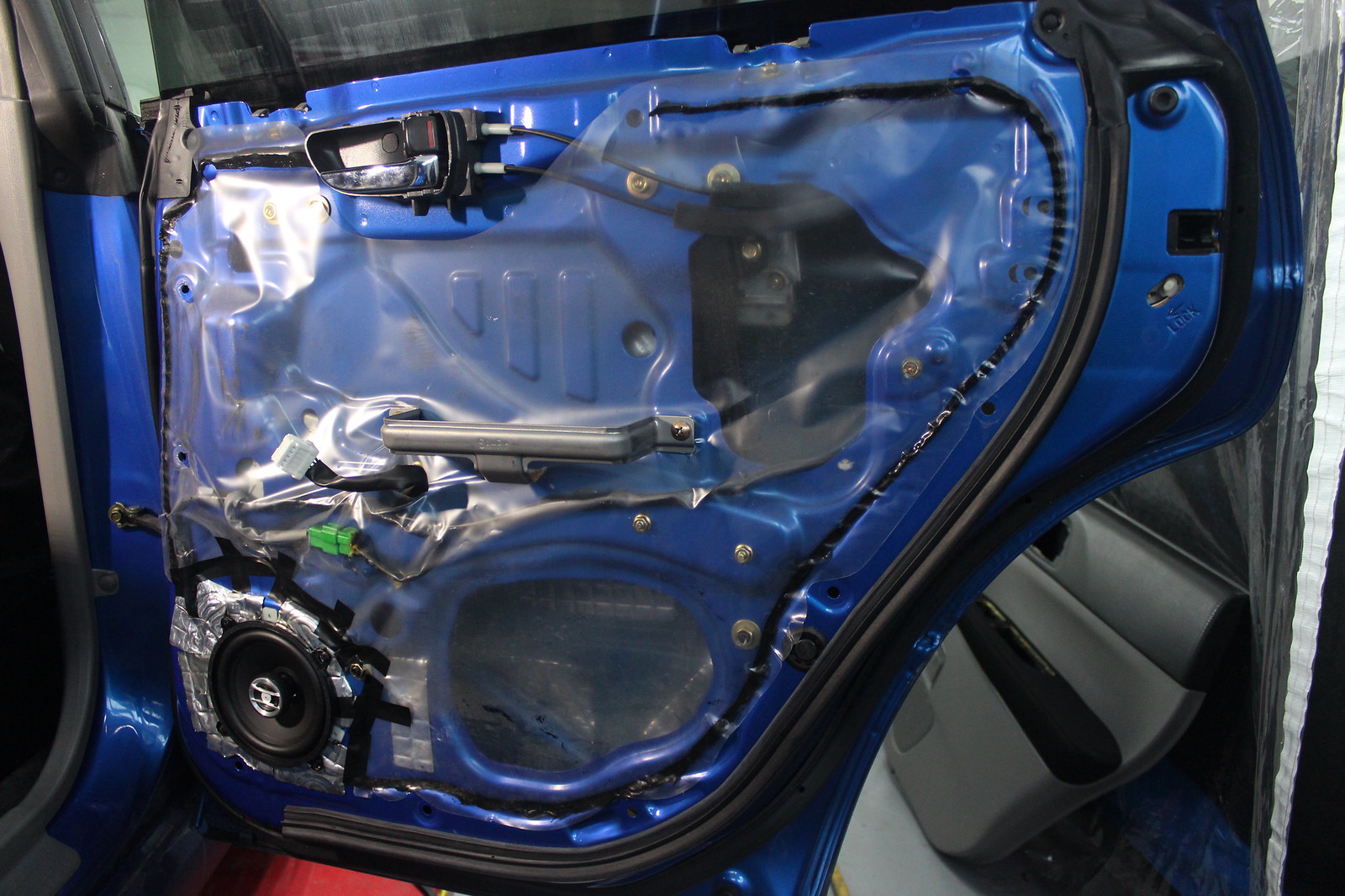 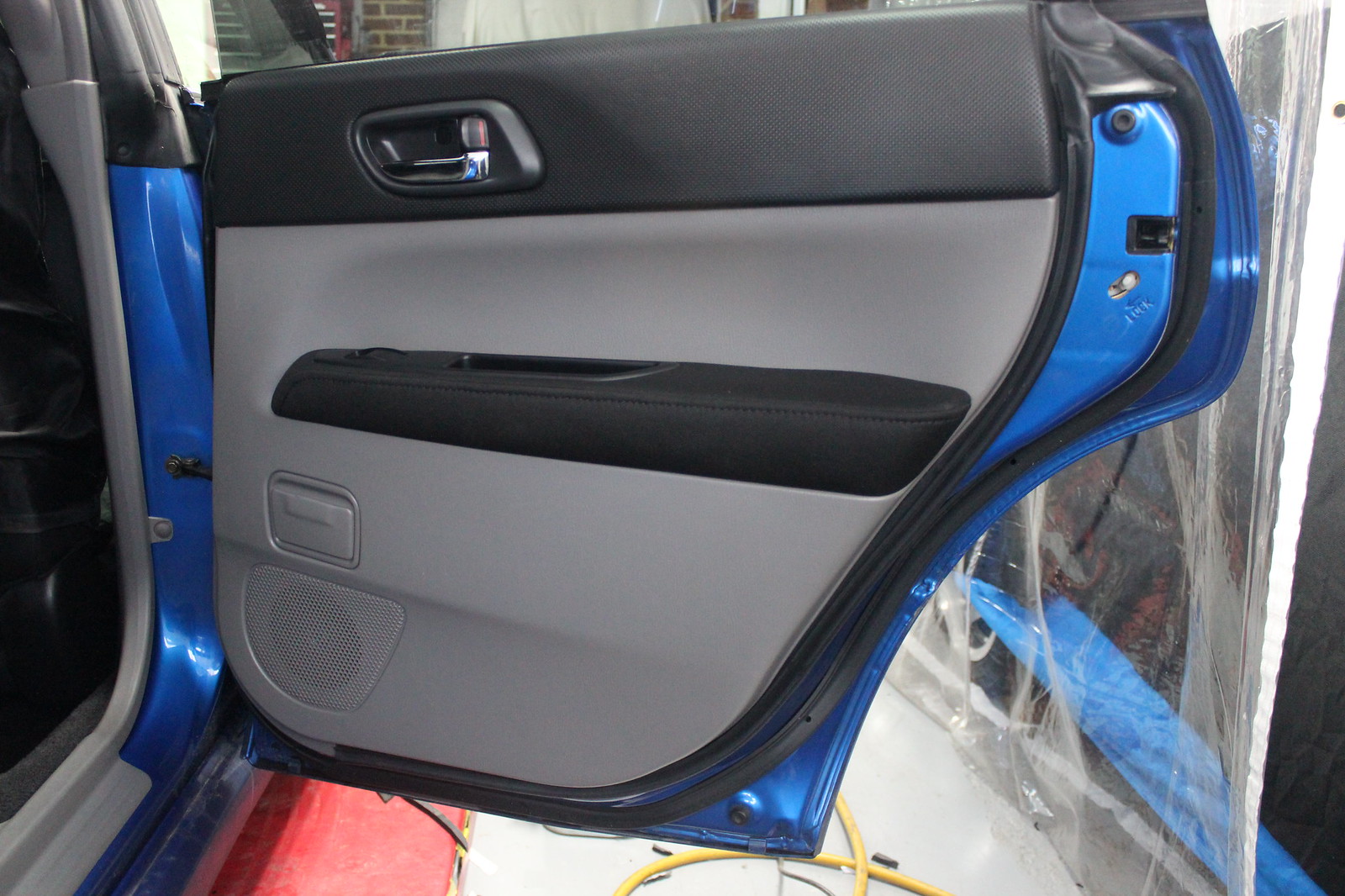 Door card back on and on to the other side. 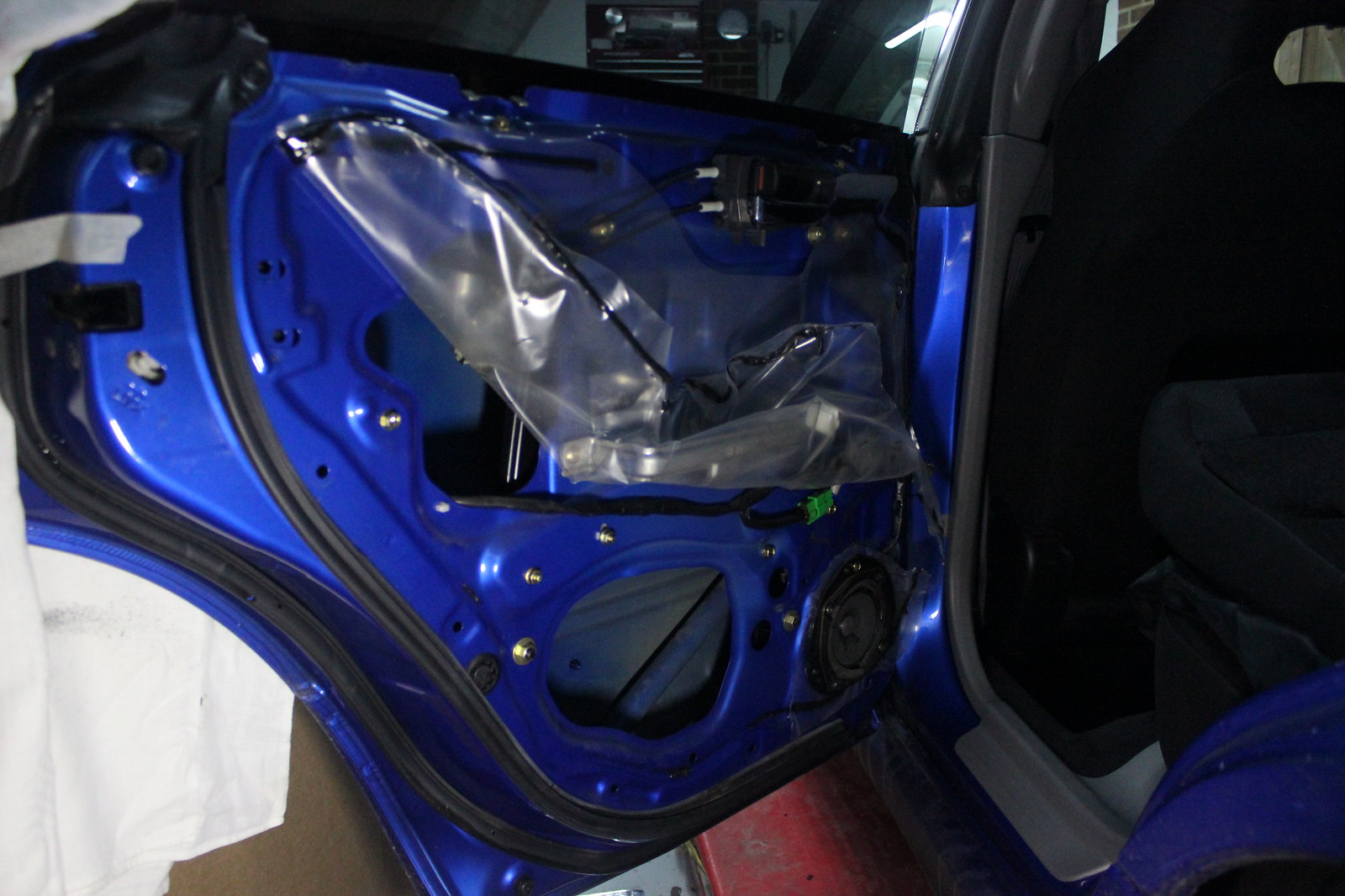 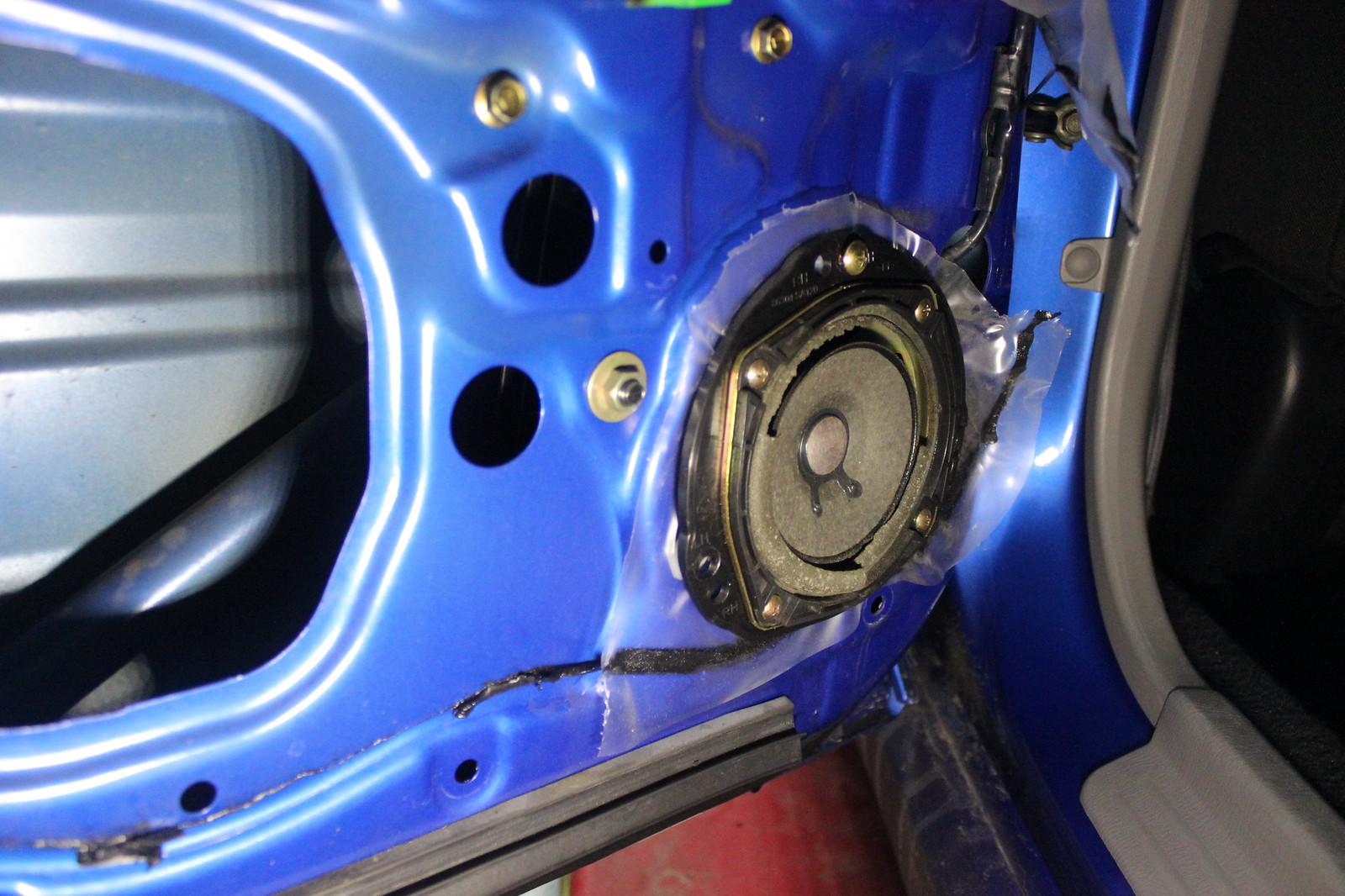 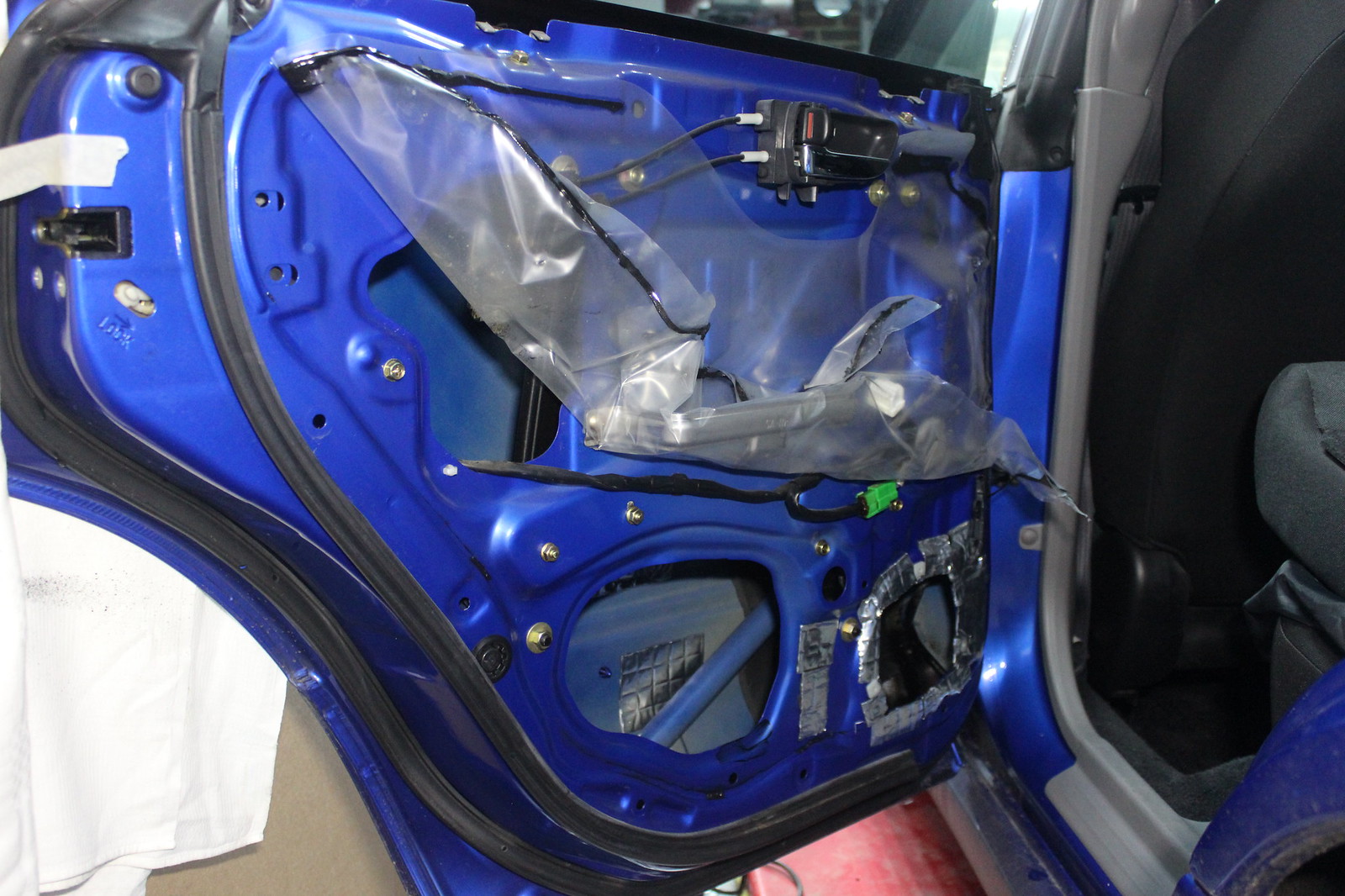 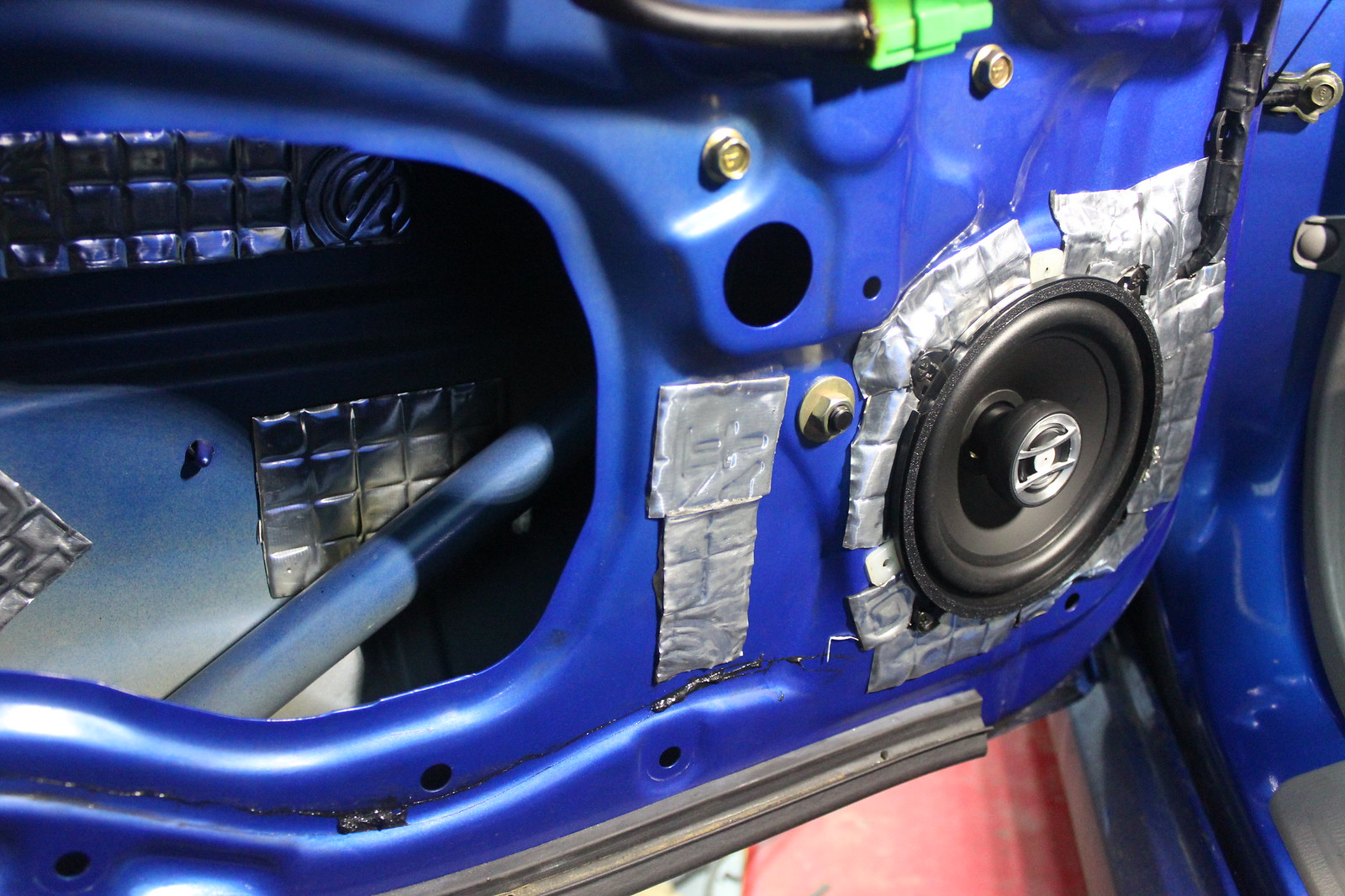 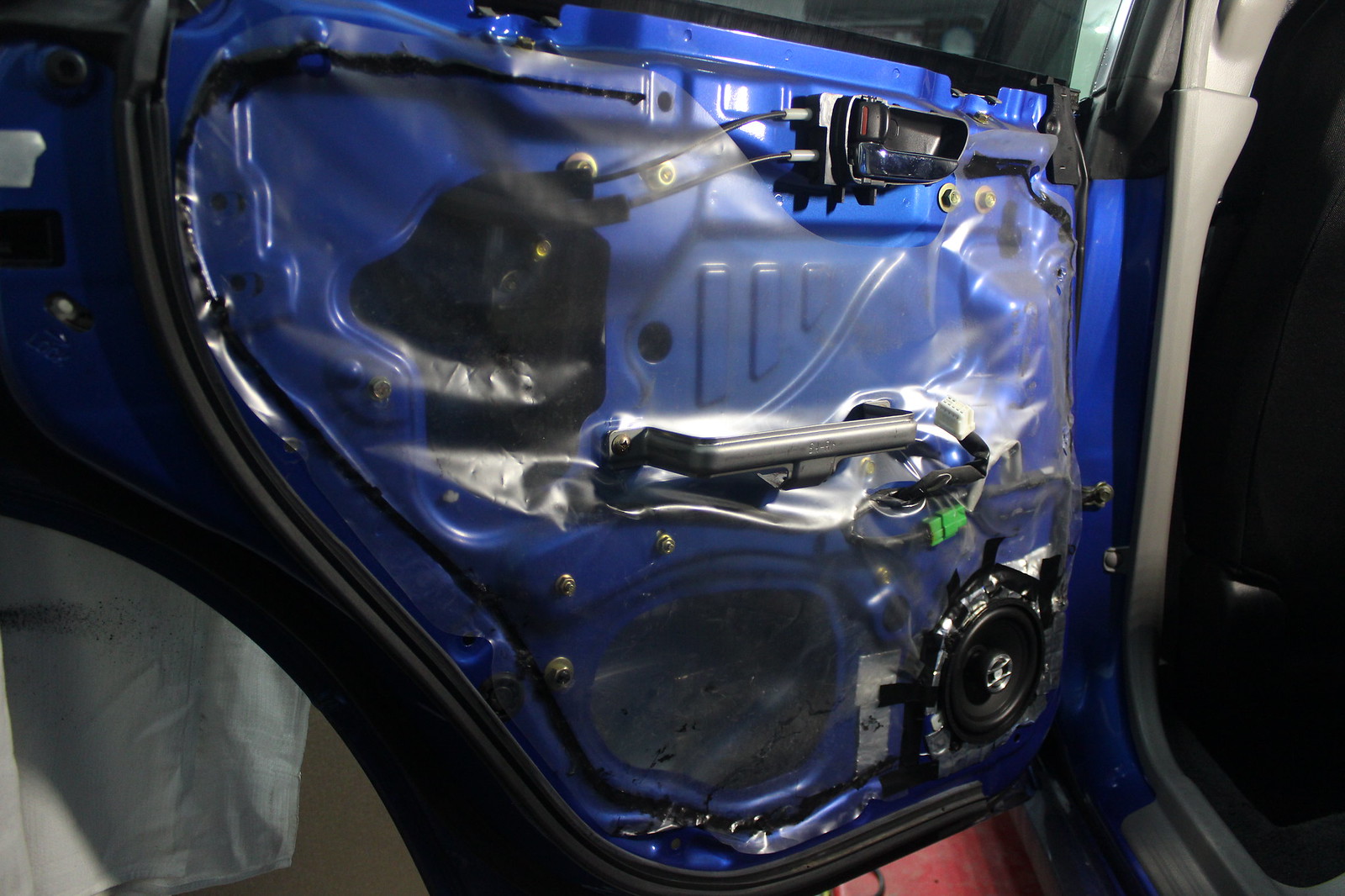 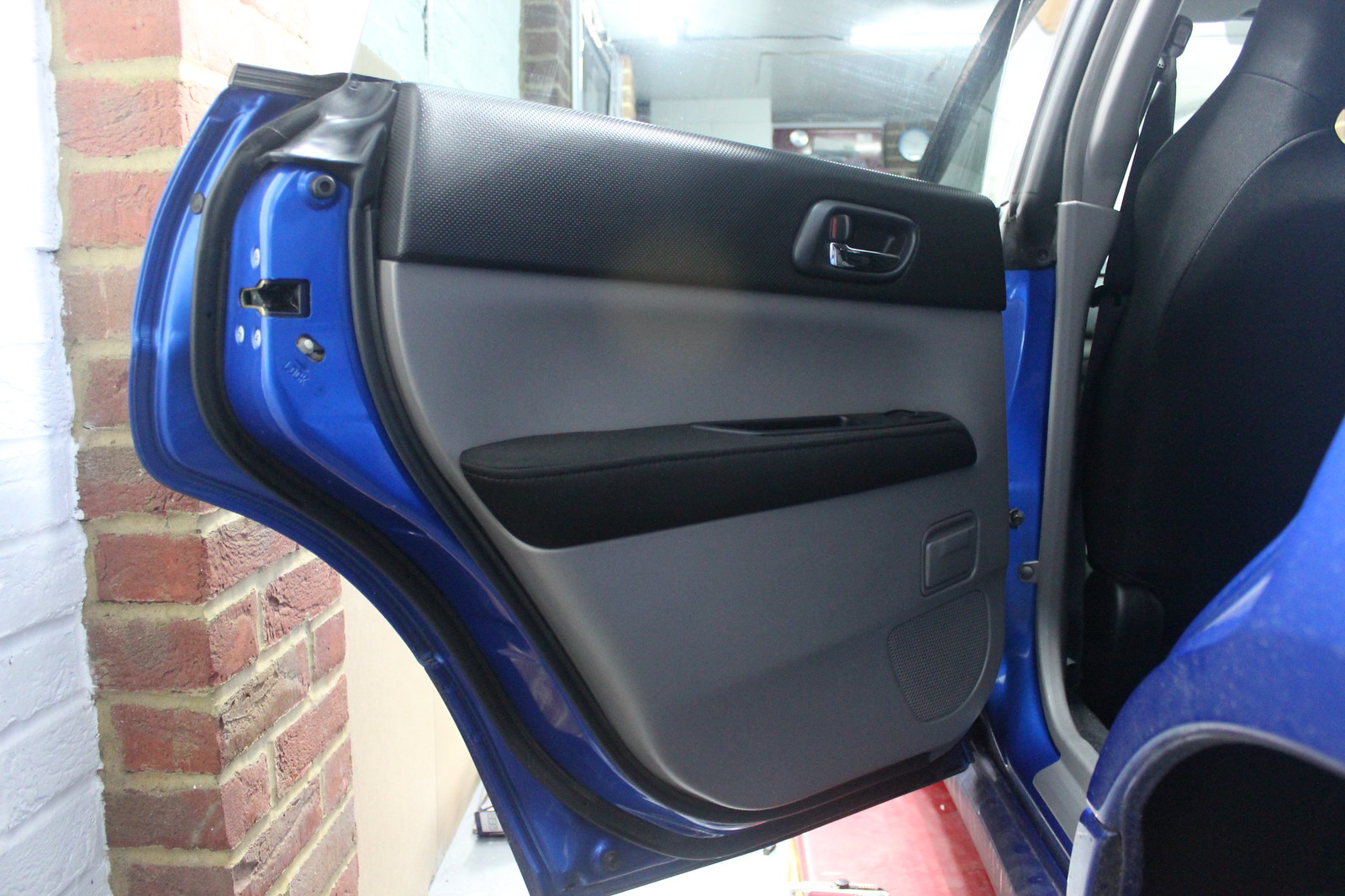 Speaker in and door card back on. No more rattly speakers.