On the second day of our holiday in The Lake District, I thought I’d check the oil before we set off for the day and the bonnet catch broke meaning the bonnet wouldn’t shut. Nice! After a quick look I could see the spring that held the secondary latch in position was gone. So it wasn’t being held in the correct position for the bonnet to go past the latch and get to the main catch mechanism. Fortunately I was able to poke one of the plastic tubes you get with GT85/WD40 through the grille mesh to hold the latch in the right position to shut the bonnet.

I had intended to tweak the new Turbosmart Dump Valve adjustment over the weeks driving but that was obviously going to be more trouble than it was worth so the bonnet stayed shut until we got home. Normally I would have checked the oil regularly during our road trip too though I know it’s unnecessary really as it never uses any oil so I wasn’t too worried about it.

Anyhow, with the car back home I had a proper look, the best thing was to just buy another bonnet catch. I picked up a genuine used one for about £30 so not too bad. The bonnet catch can be seen through the mesh grille up close so I figured it was worth giving the new catch a clean up and coat of black paint to keep it fairly well hidden but tidy looking. 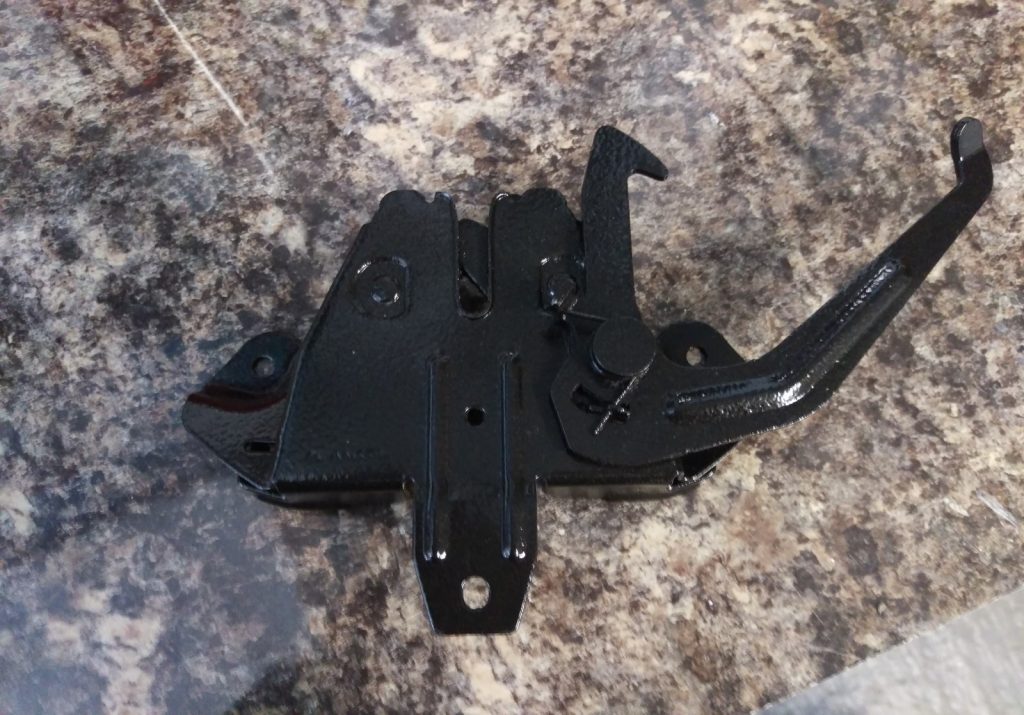 Hoping it’s possible to replace the the catch without having to remove the bumper. So here goes… 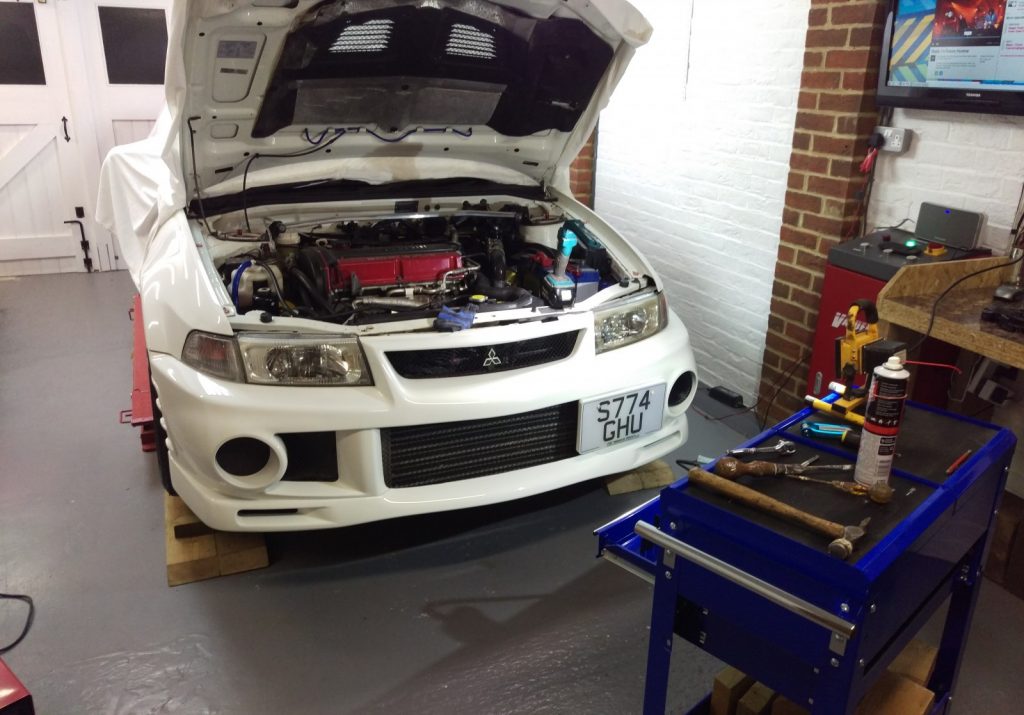 Bolts undone. Now got to unhook the cable. 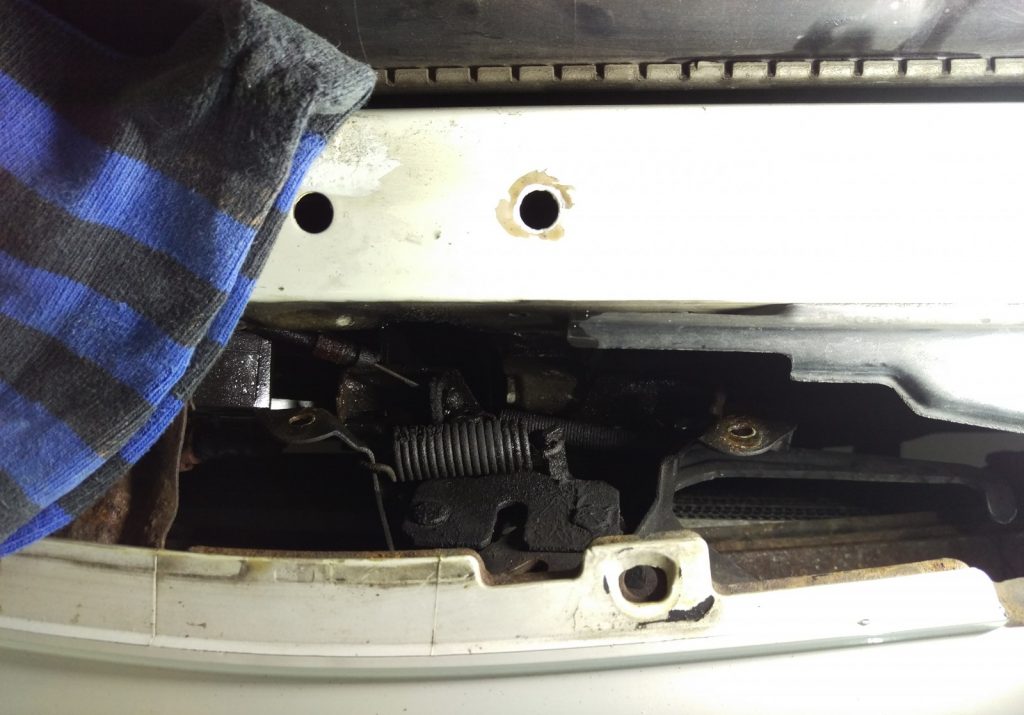 That’s where these come in. I use them all the time, they’re really useful! 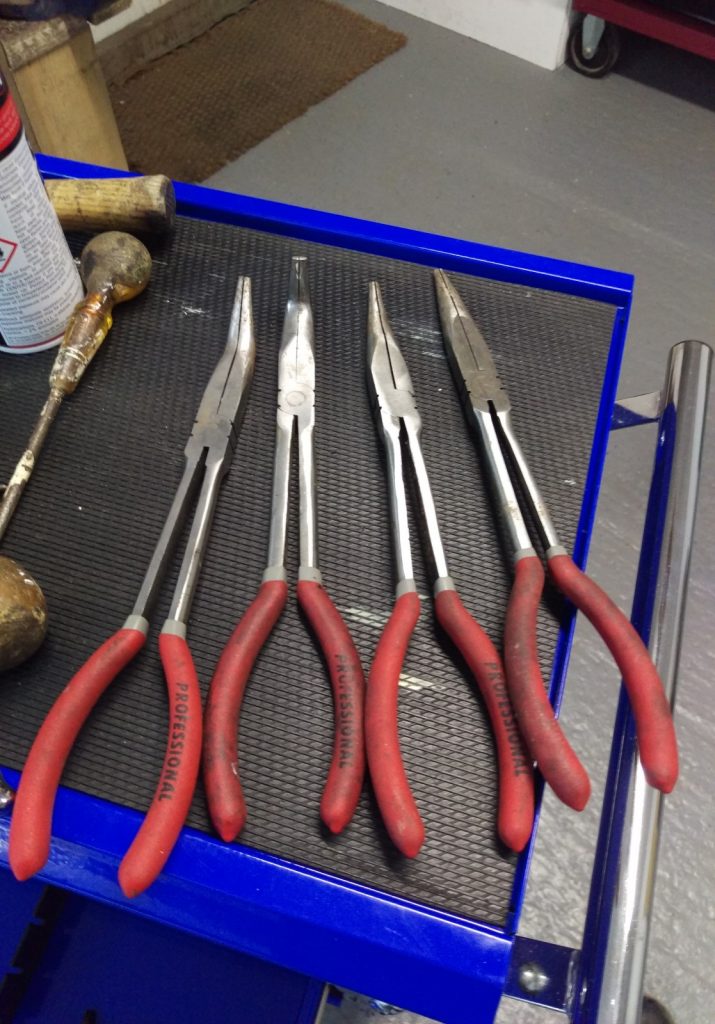 It came out easy enough. Some copper grease on the bolts before fitting the new one. 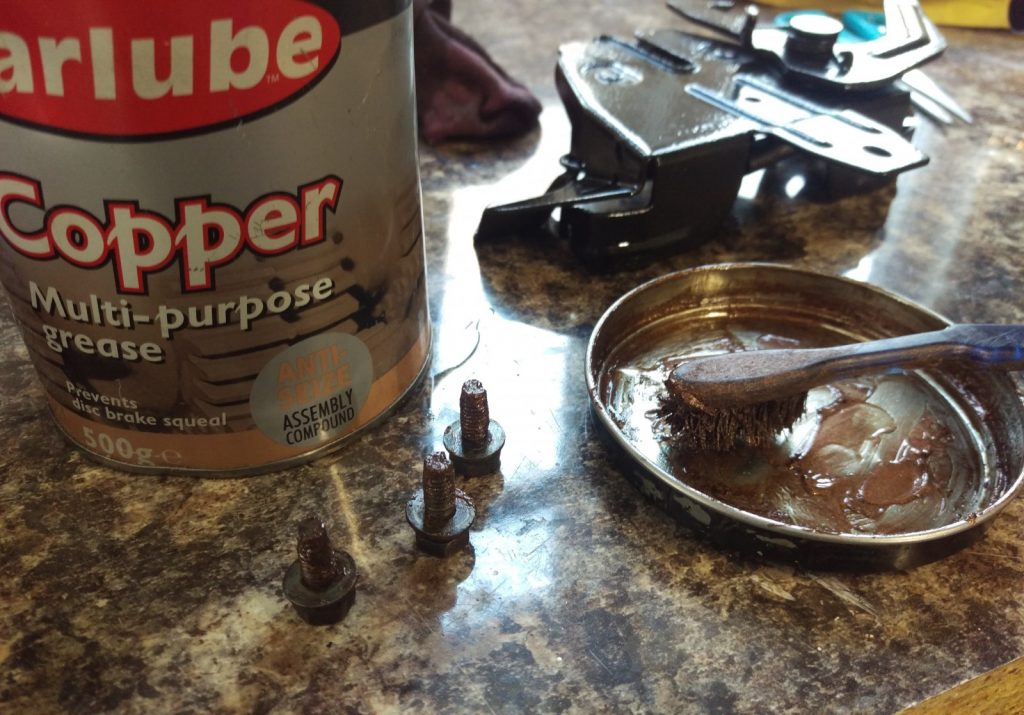 Getting the new one back in was a bit more tricky but completely possible with the right tools. 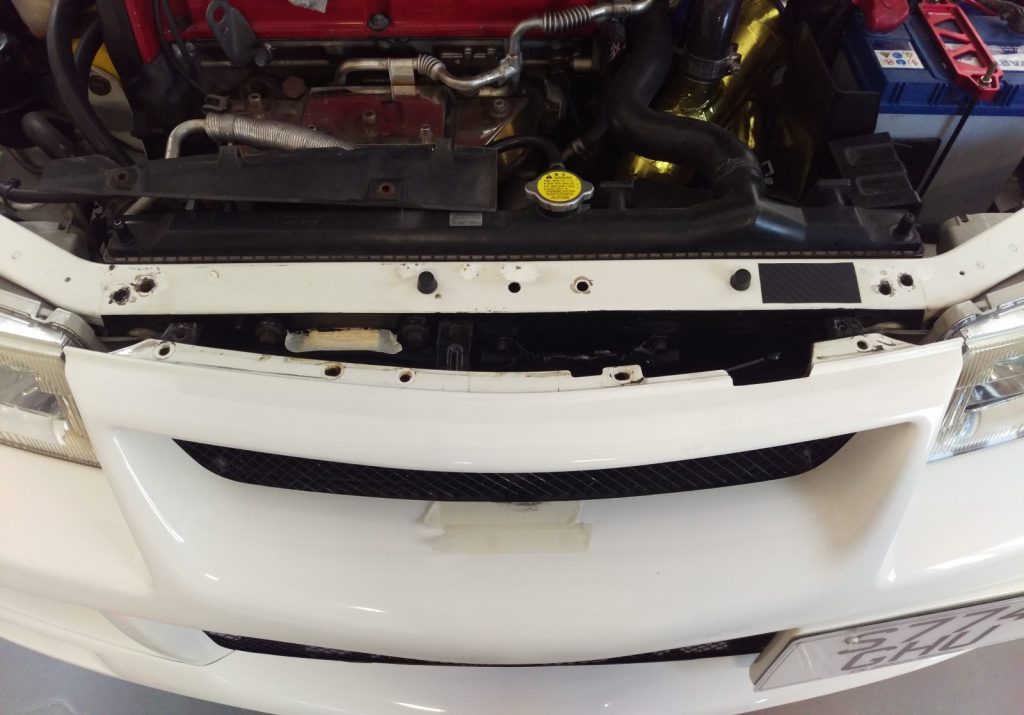 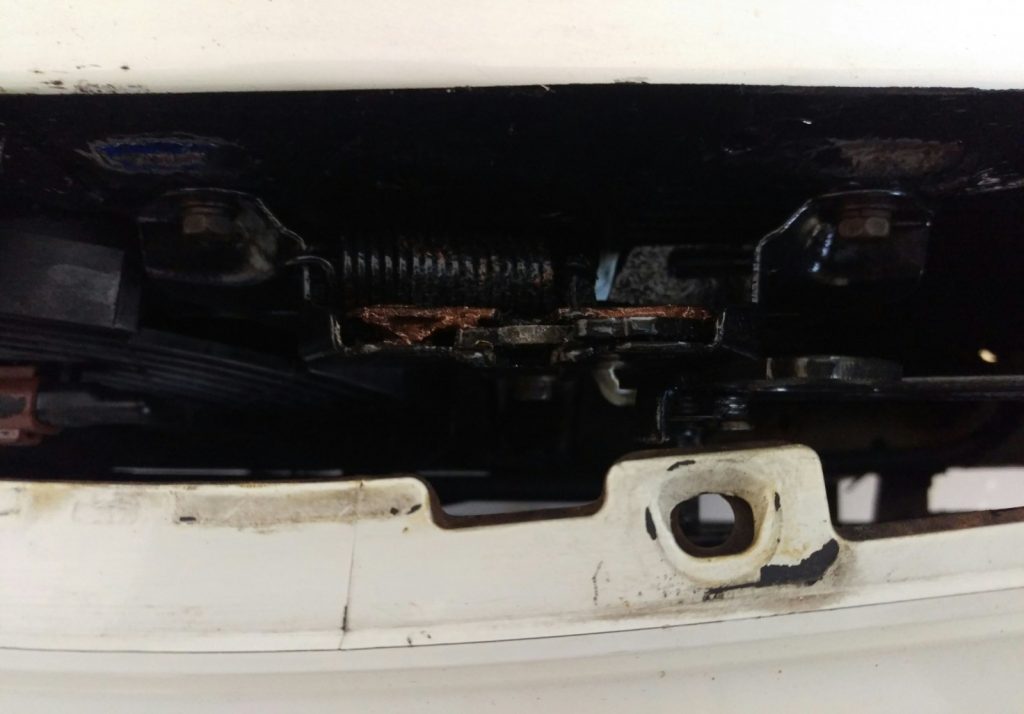 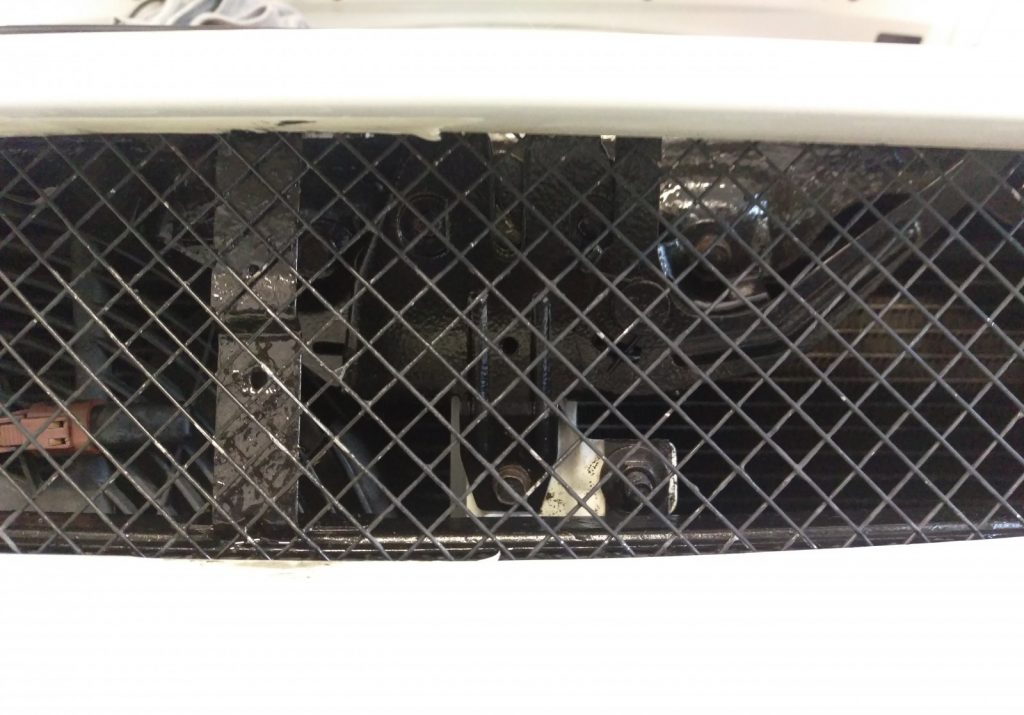 Badge back on though I’ve ordered a carbon fiber one to fit. 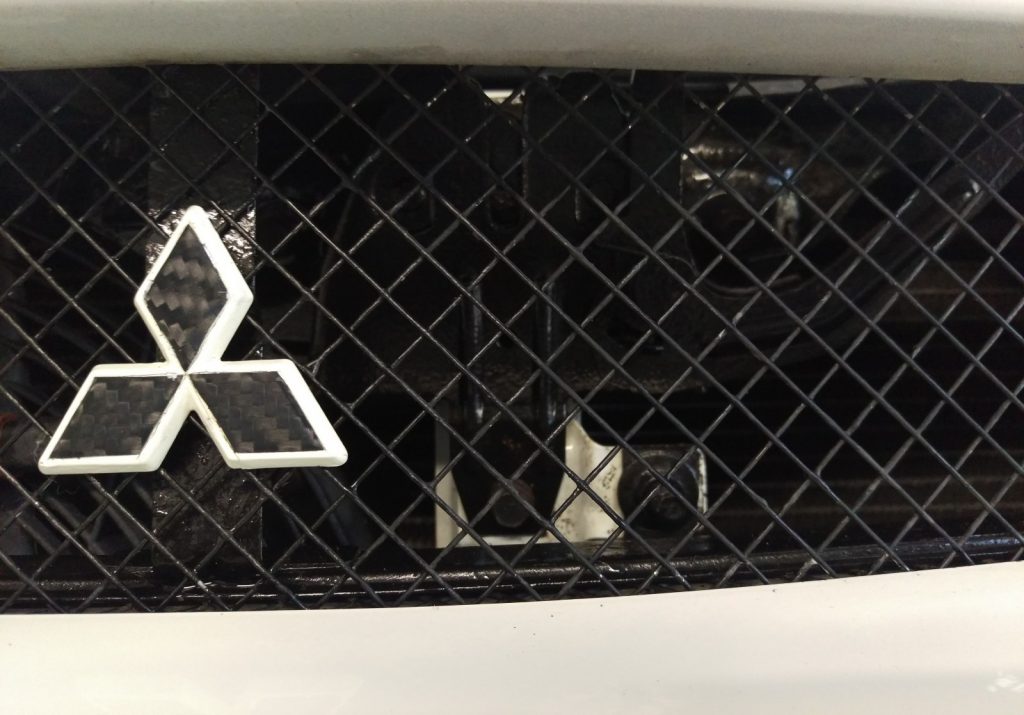 All done and working. 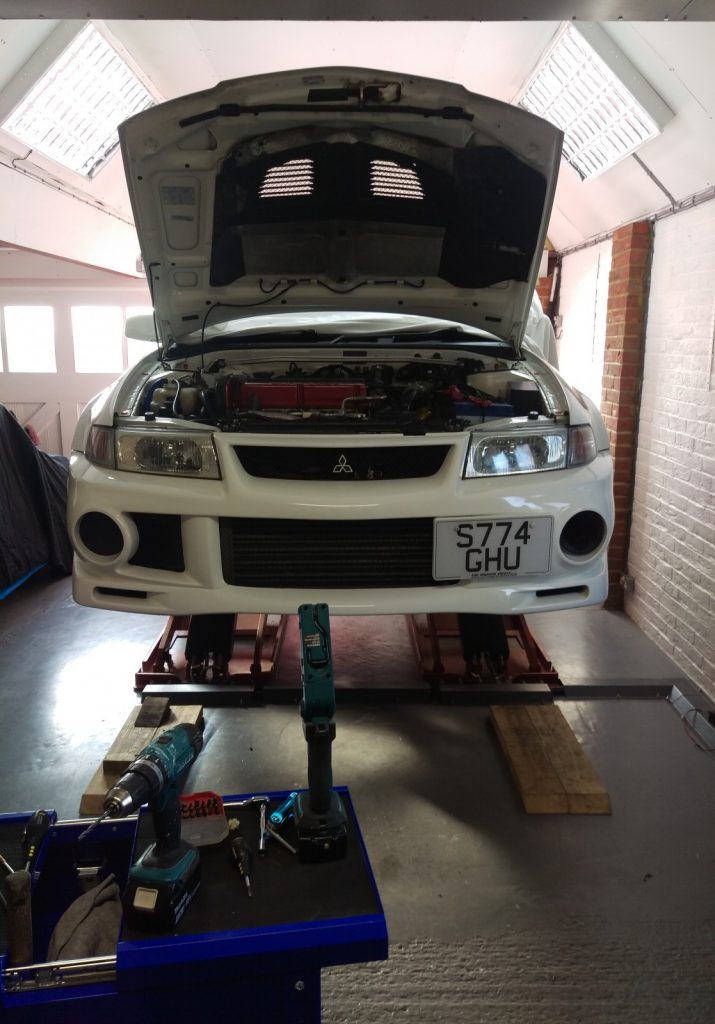