So I thought I’d have go at using some of this carbon wrap stuff. Never done it before so figured I’d just give it a go and see how I got on….. 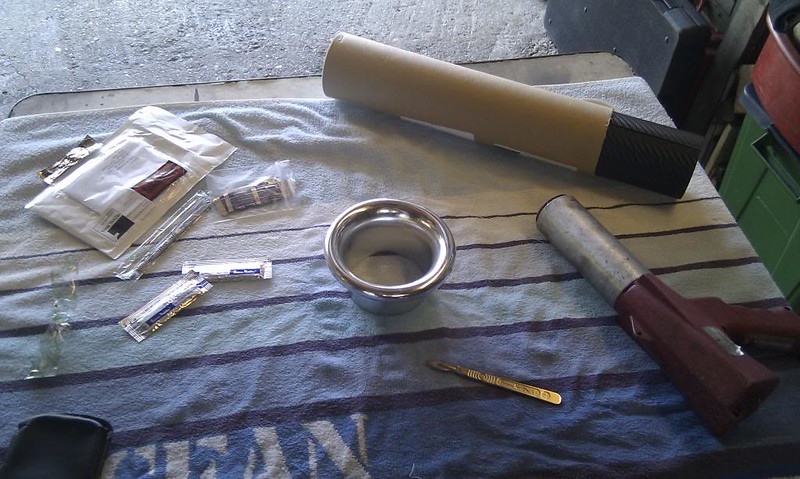 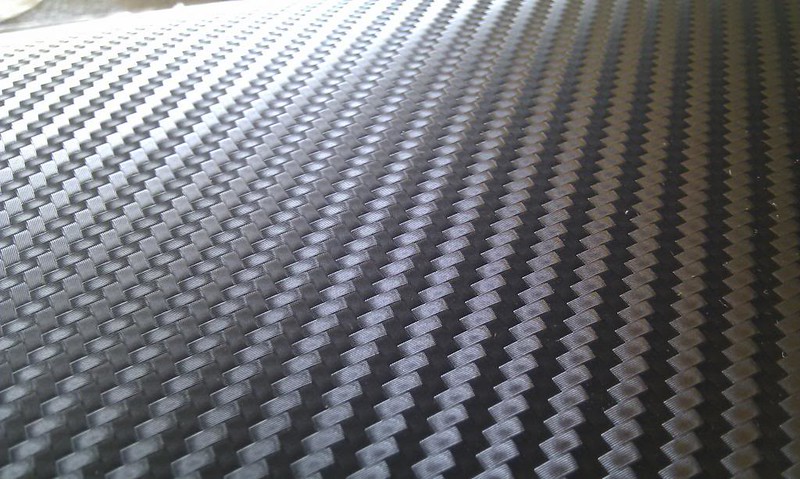 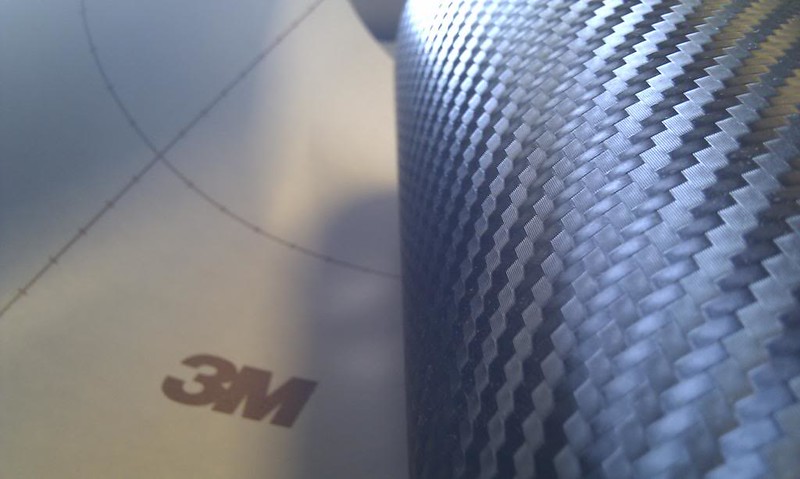 The results of trying to figure out, with paper, the best way to wrap such a complicated shape. Didn’t make my first attempt easy for myself 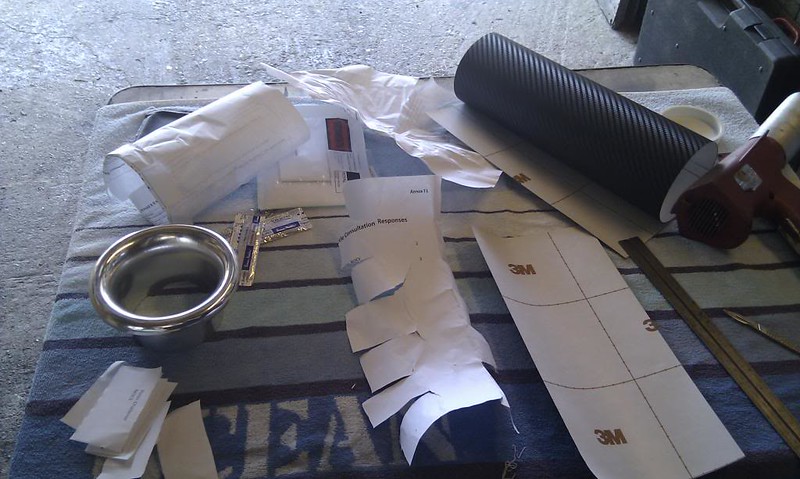 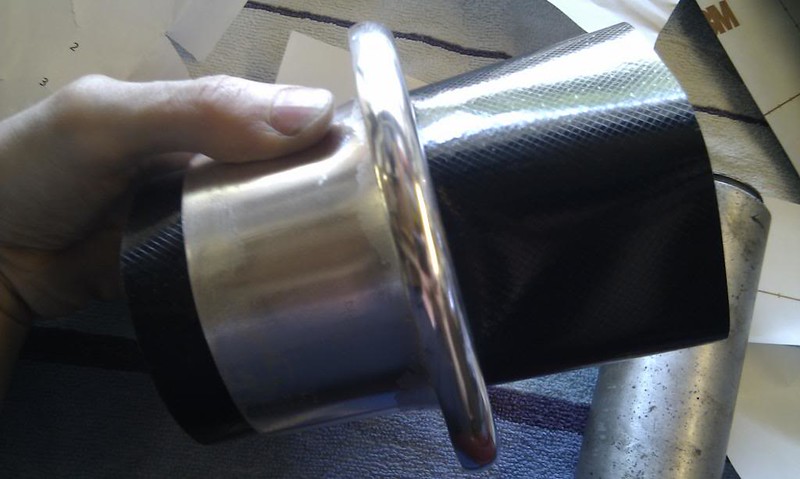 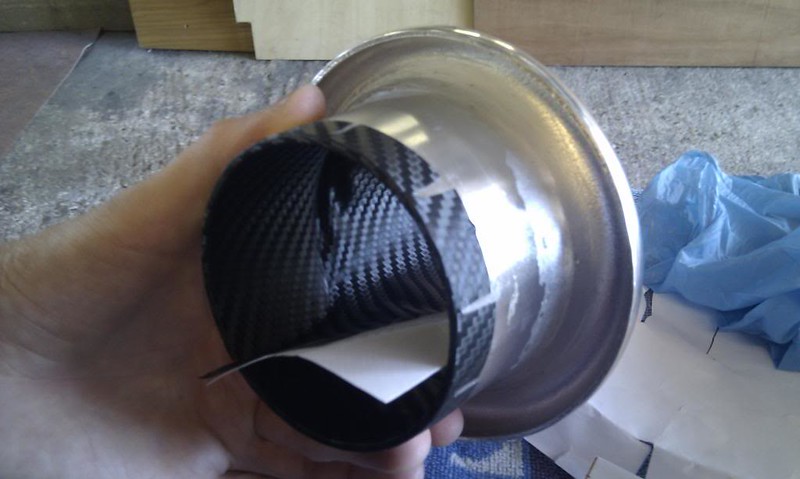 It was hard work getting it to stretch outwards as, after heating it, it would cool quicker than i could stretch it. Eventually i had to cut tabs as it just wouldn’t stretch as far as i needed it to. 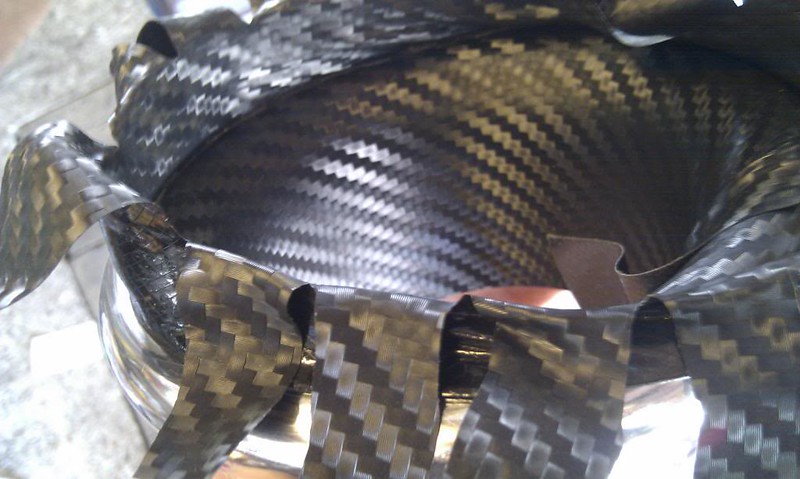 Eventually ended up with this 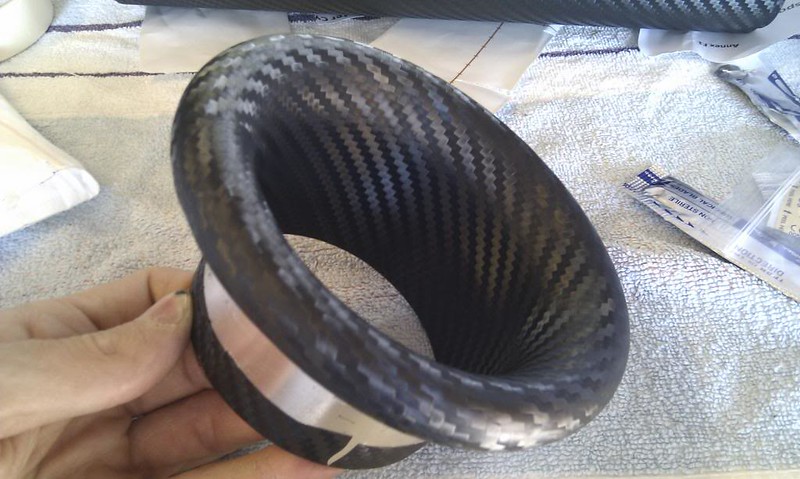 I had to make one repair as I was obviously asking a bit too much of it to stretch right round but it doesn’t notice when the trumpet is fitted on the car. 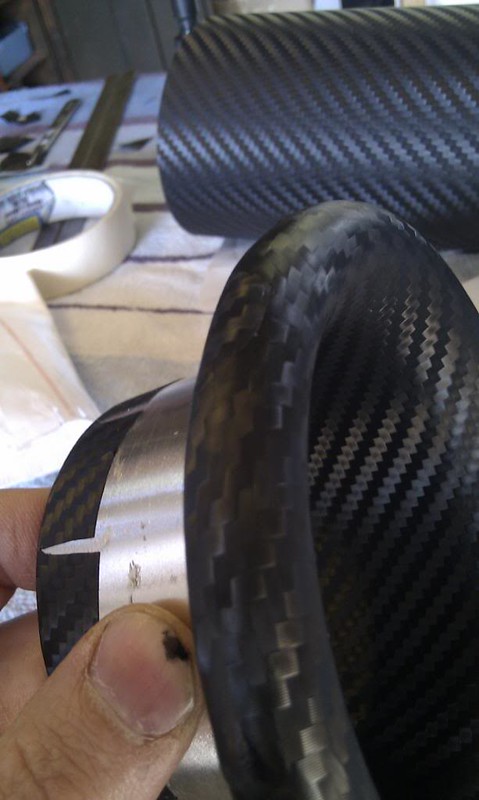 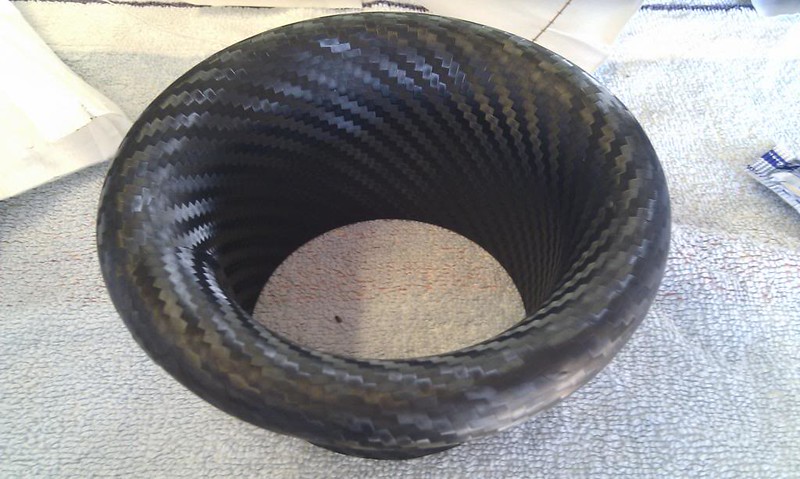 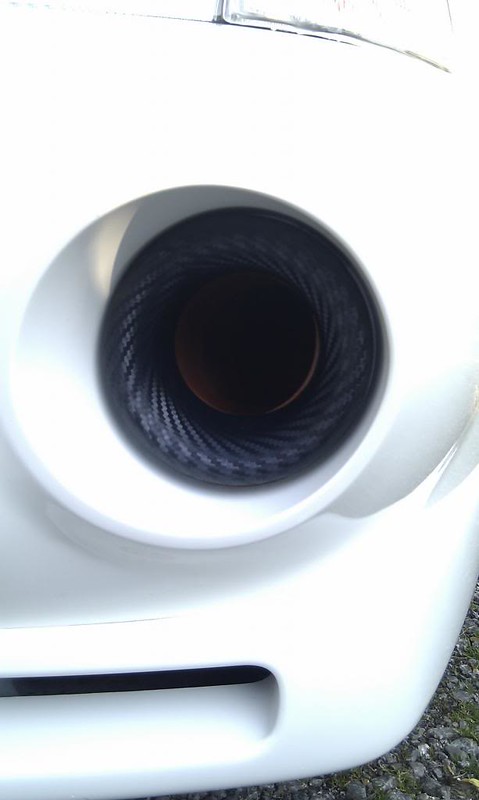 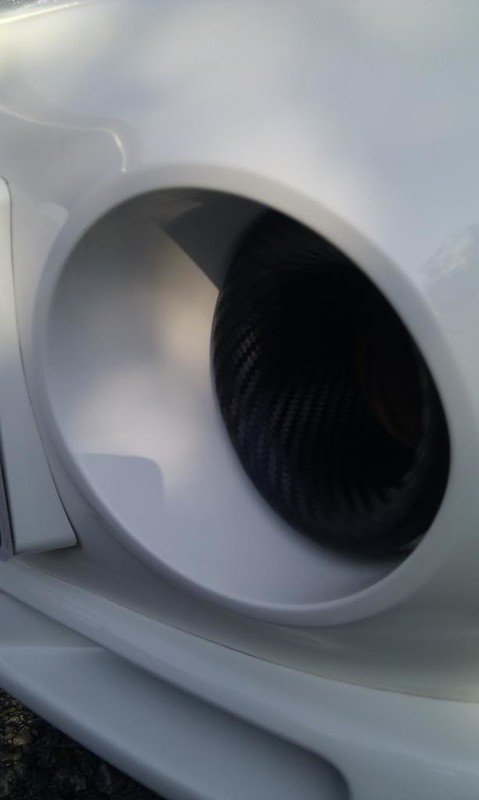 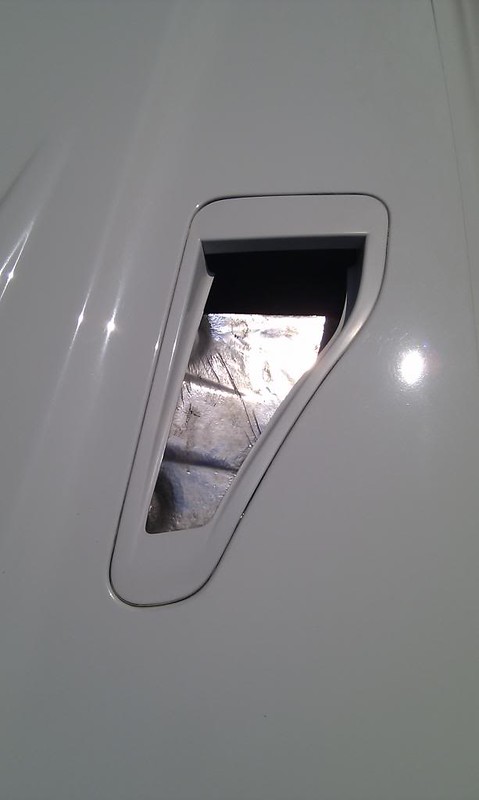 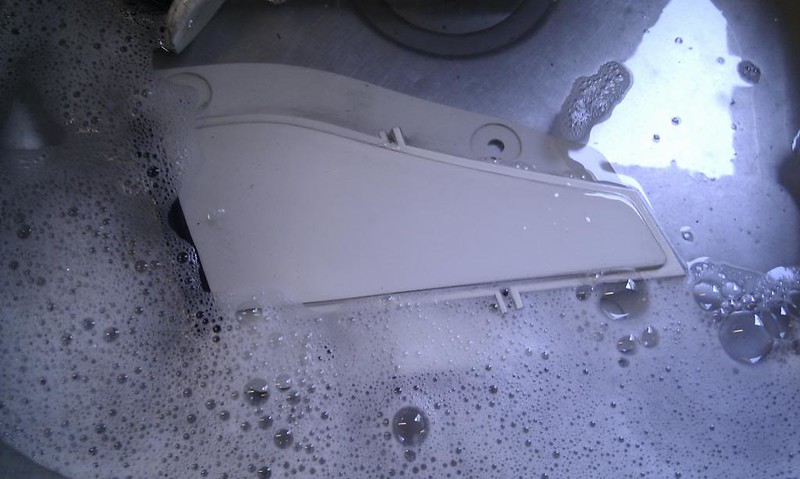 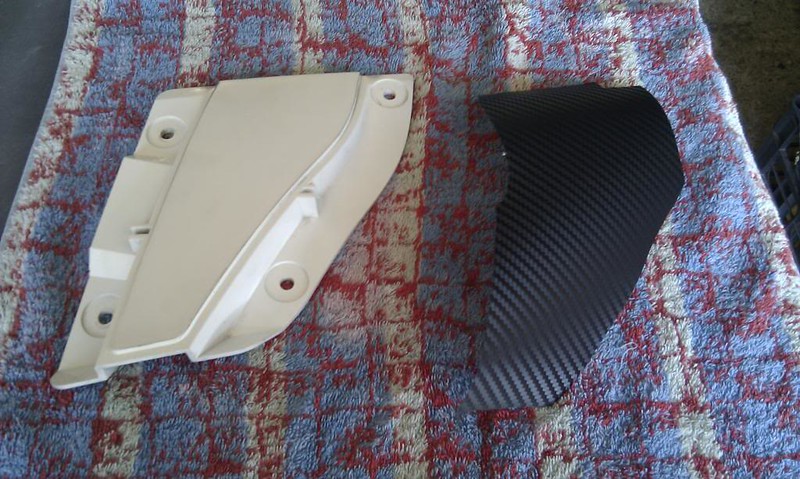 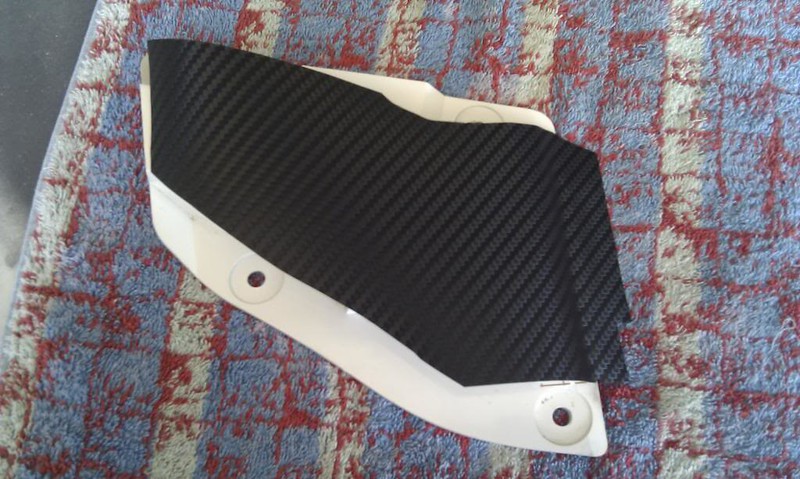 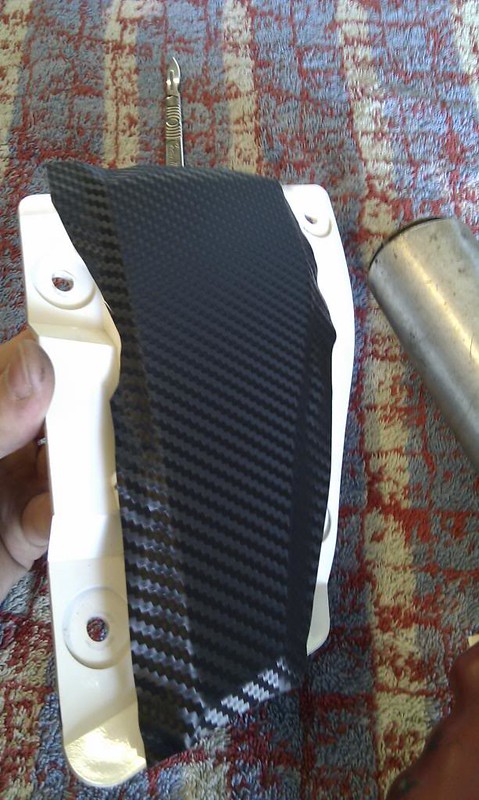 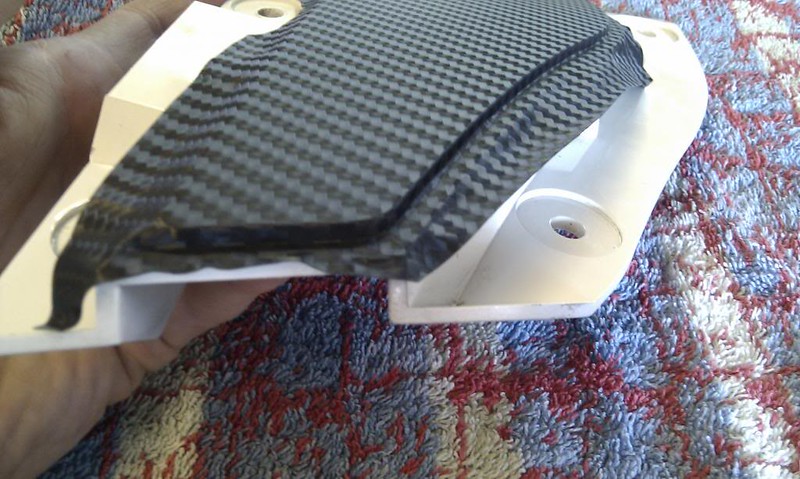 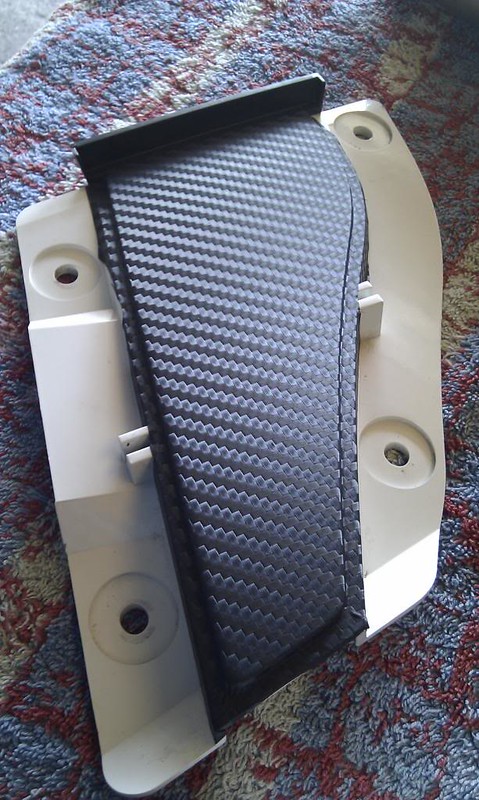 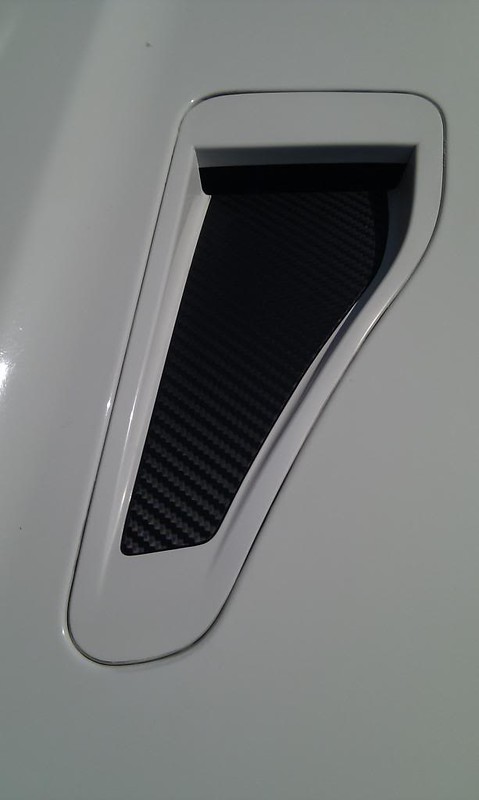 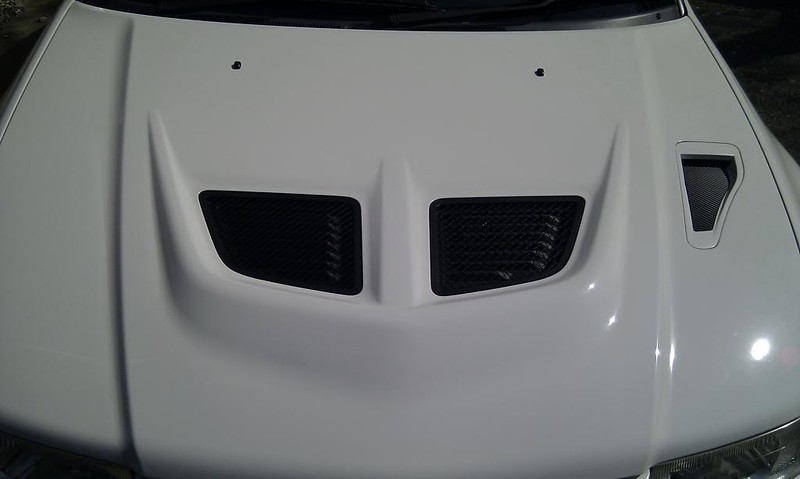 thought i’d do the badge 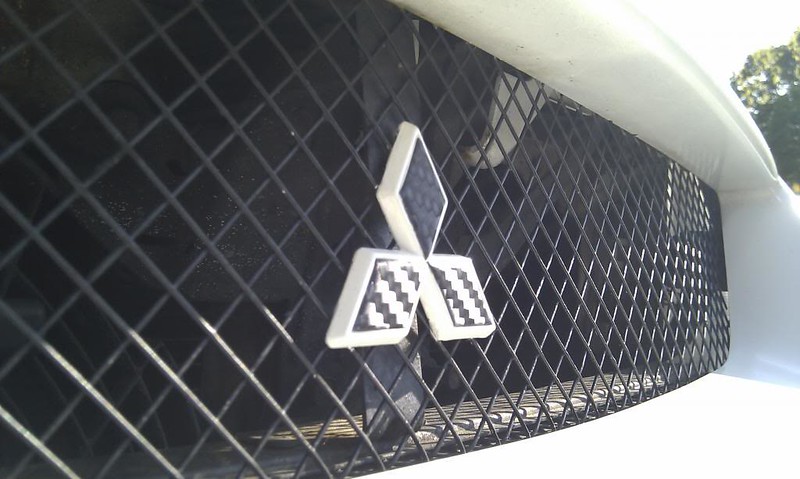 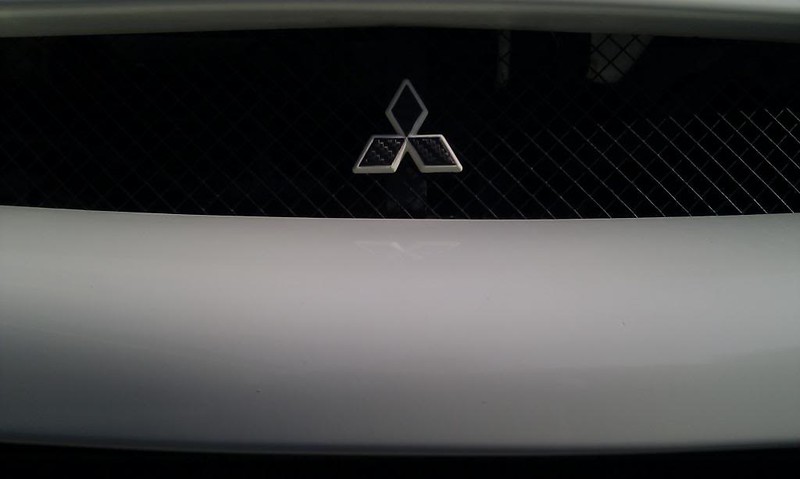 covered the plate over the other fog light hole too 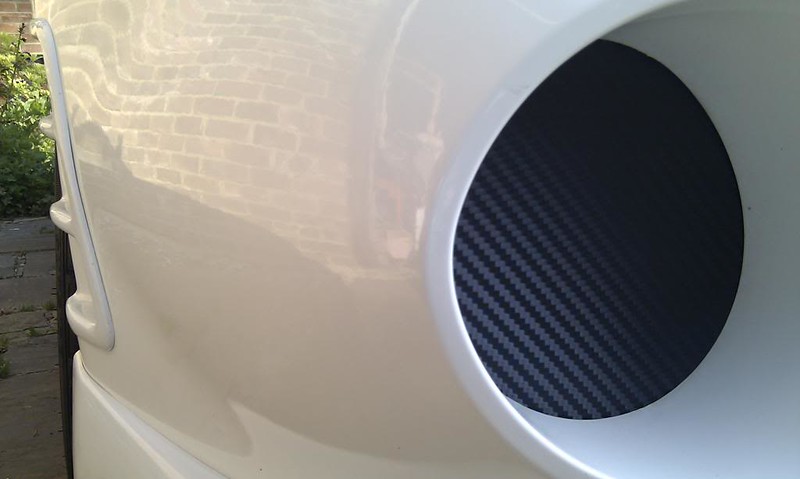 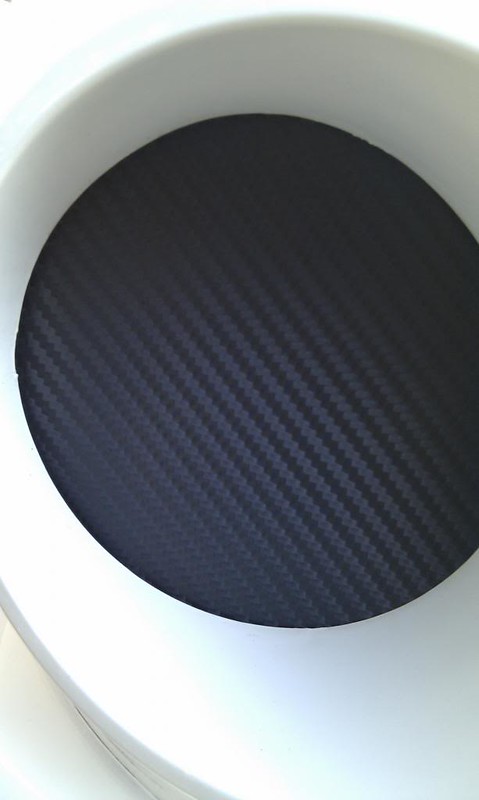 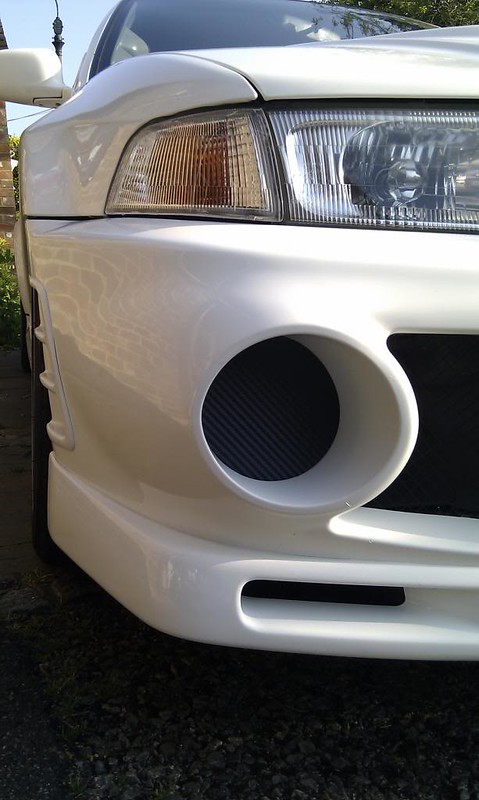 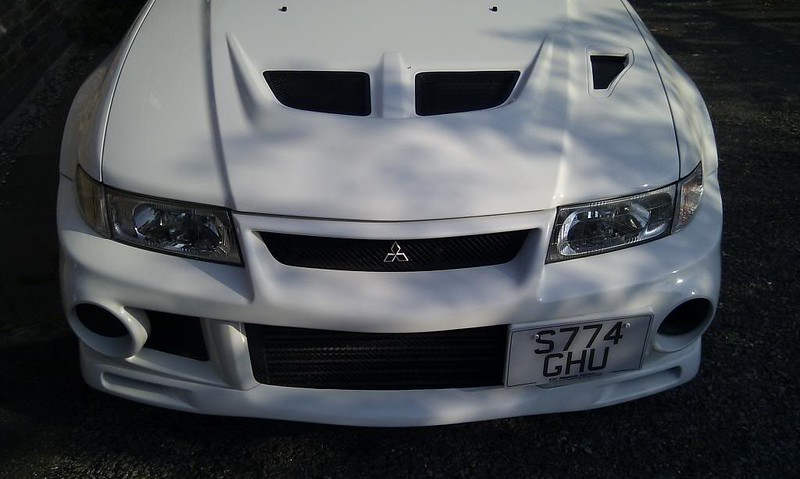