The new floor needed sealing before I could even think about any car jobs being done, getting the concrete soaked with oil would mean paint would never stick properly.  Also the lift couldn’t be installed until I had a level floor.

Started by chipping off all the bits of mortar dropped when bricklaying. 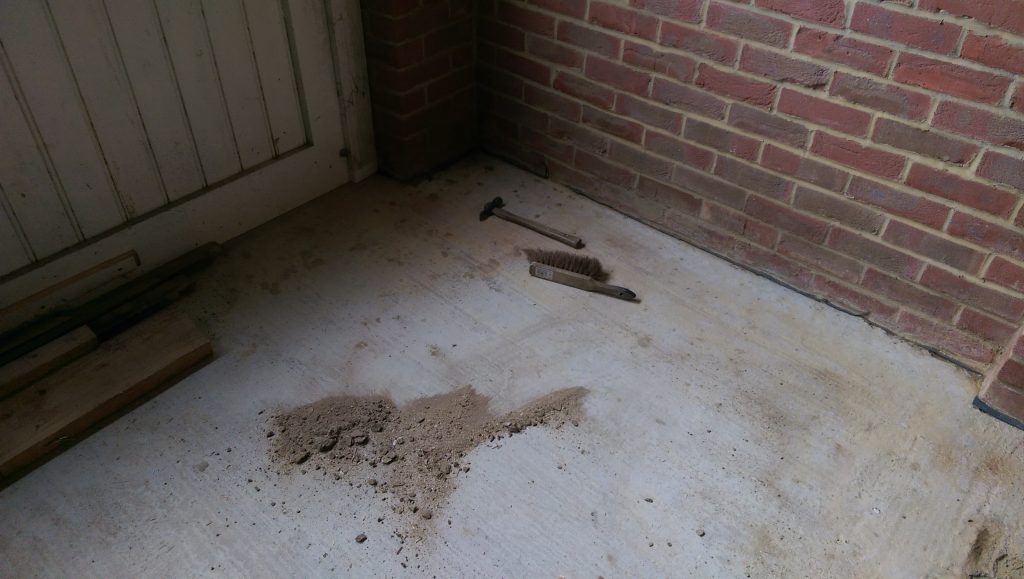 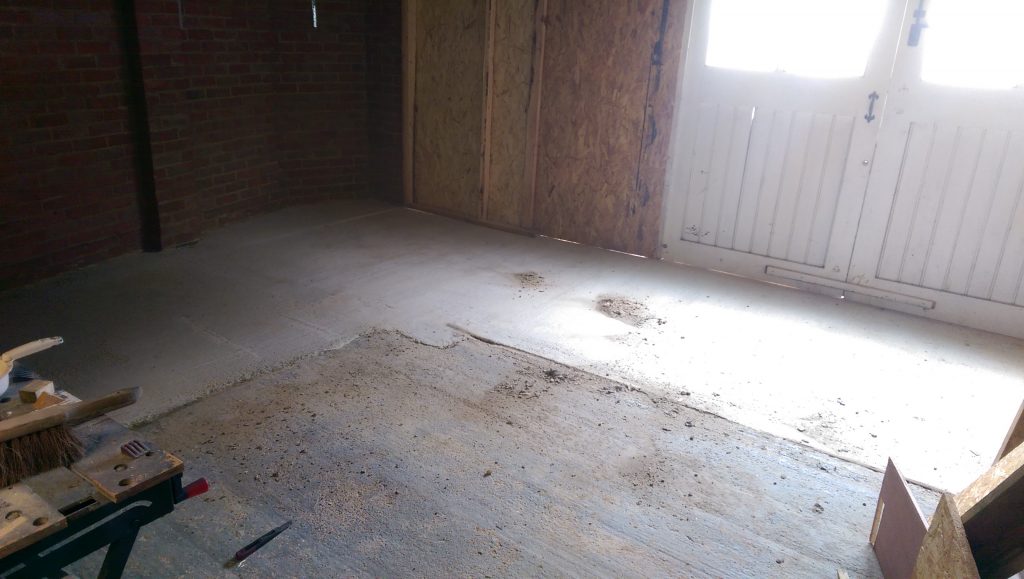 New tool to grind off all the high spots and old paint from the original floor. 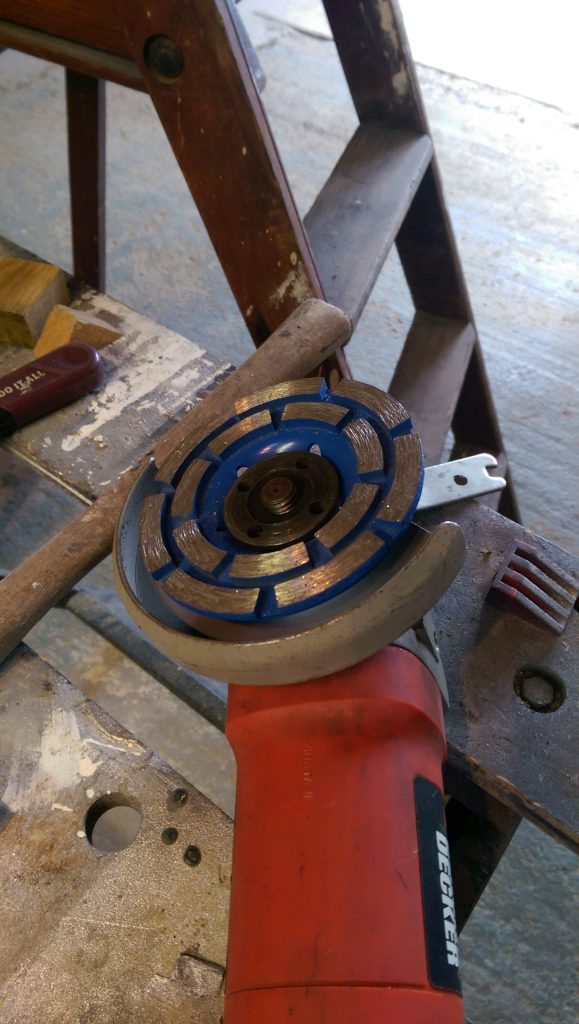 This is a dusty job! 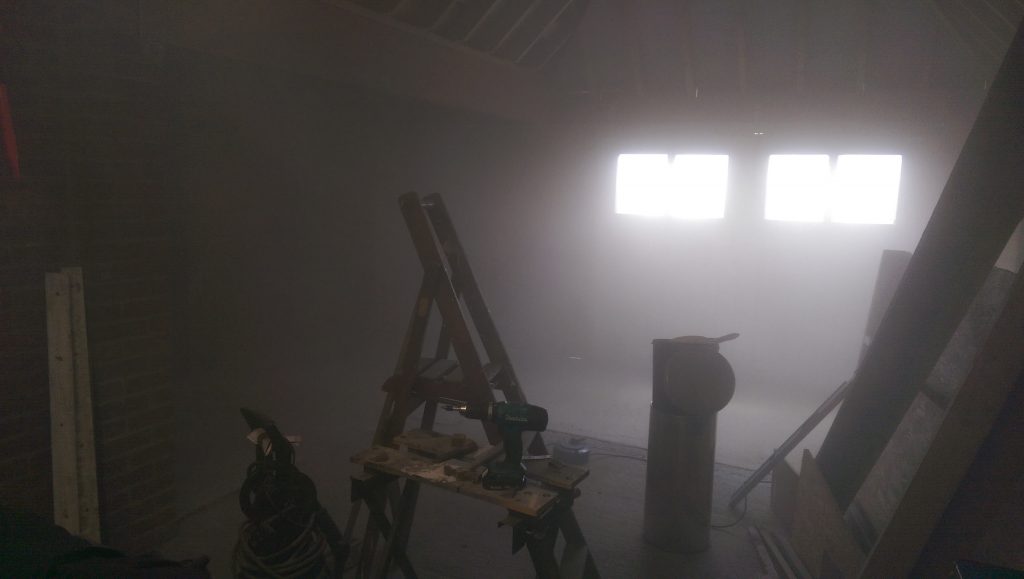 After that I put this stuff down on the new floor. It works great for hardening the top surface and stopping the dust you get from concrete floors. 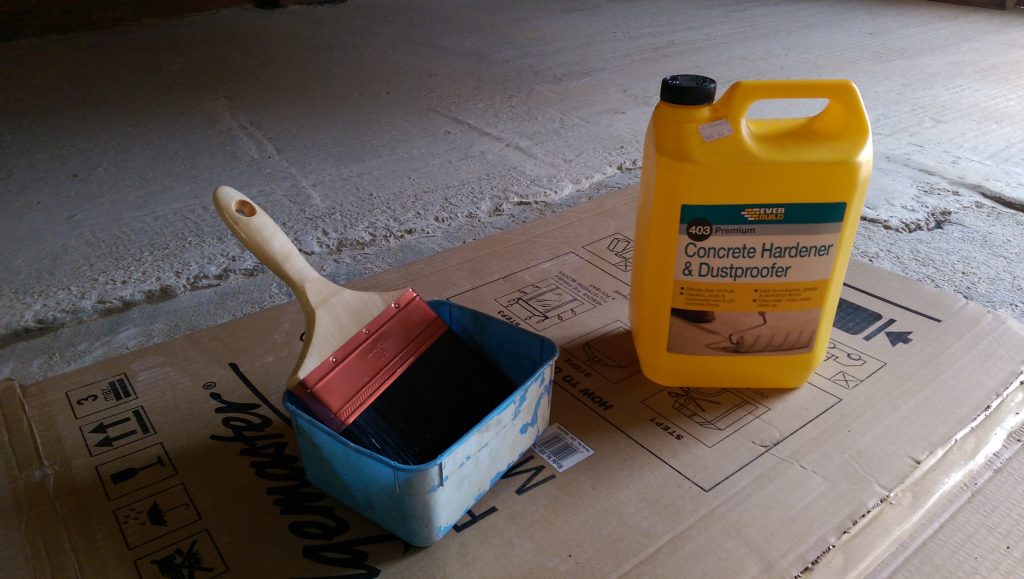 Getting there. I did 3 coats of this stuff. 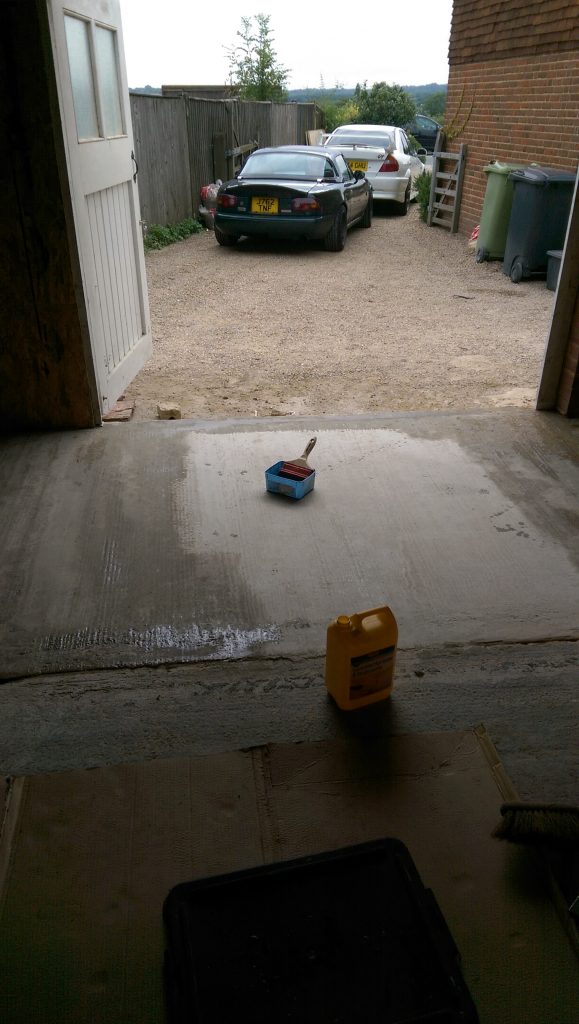 While I was at it I PVA’d the walls in Jem’s Mini’s space. 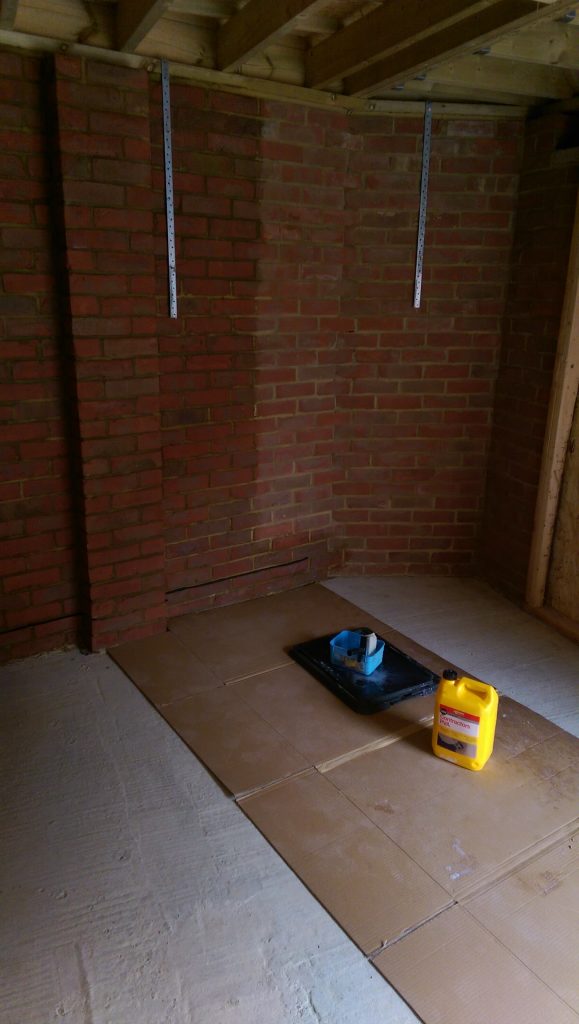 With that done I got Jem’s Mini in it’s space where it will probably stay until there is a door in front of it. 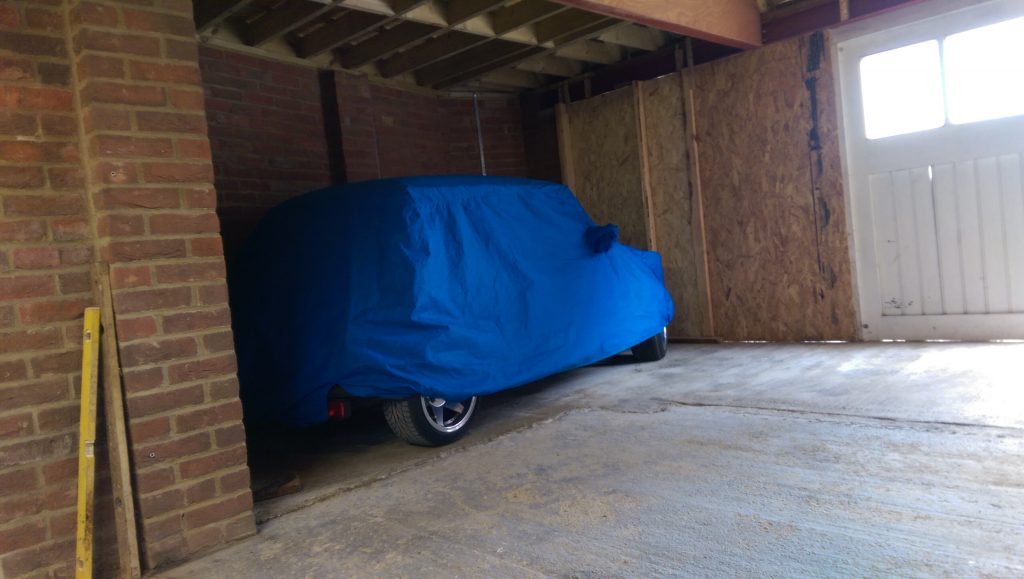 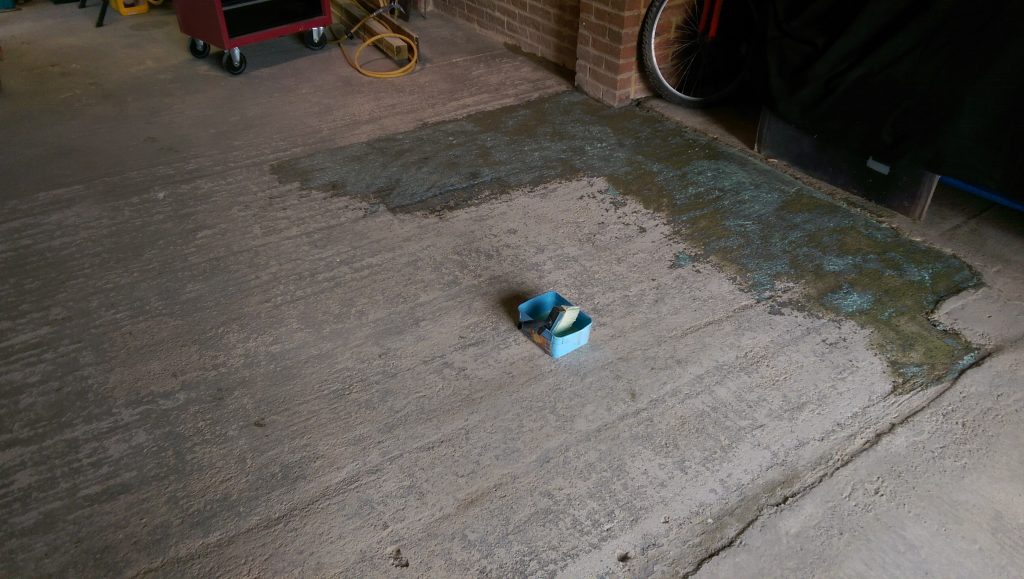 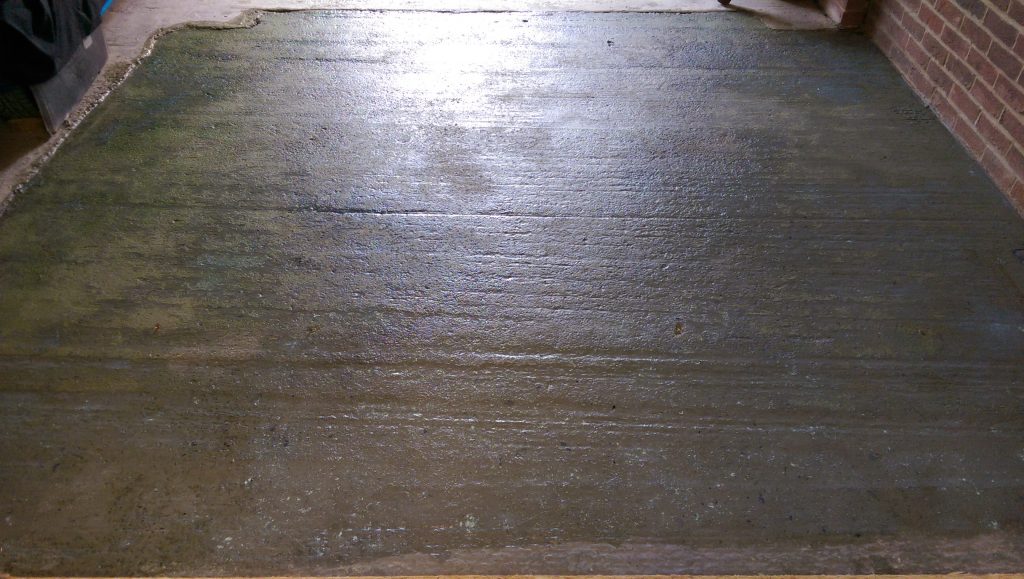 Screws set in the floor at the right height for the floor to come up to so all I have to do is keep putting levelling compound on until these disappear. 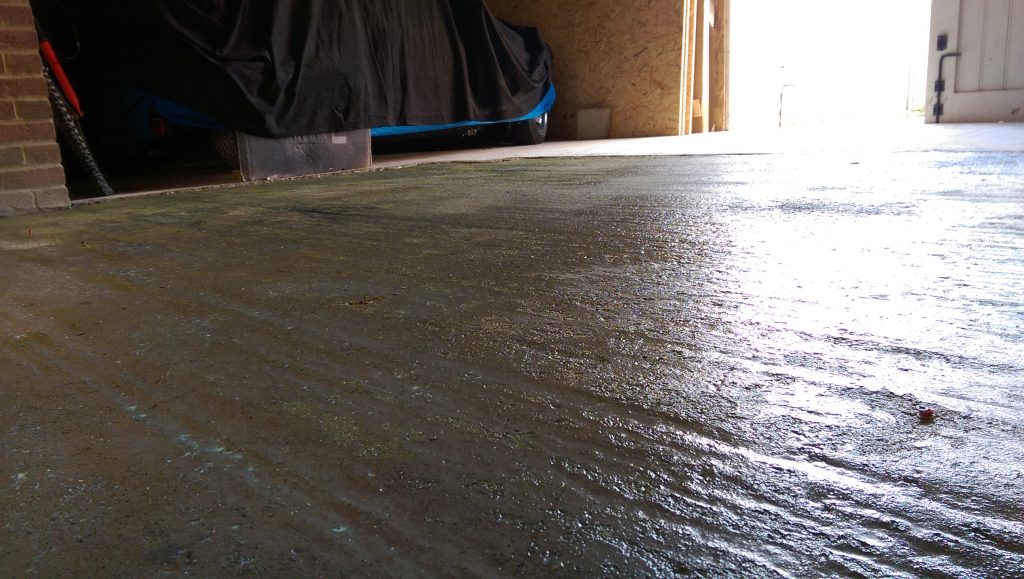 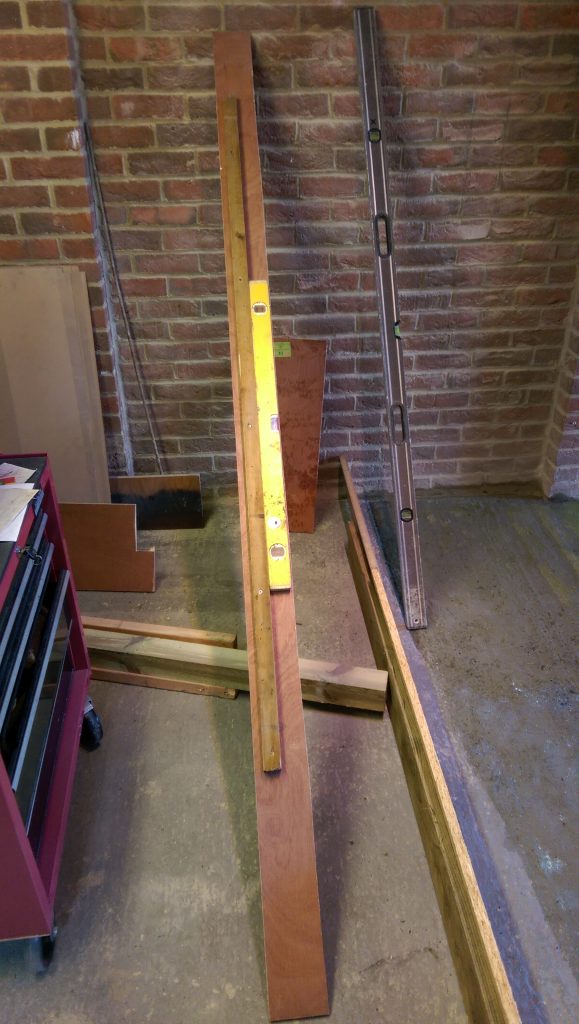 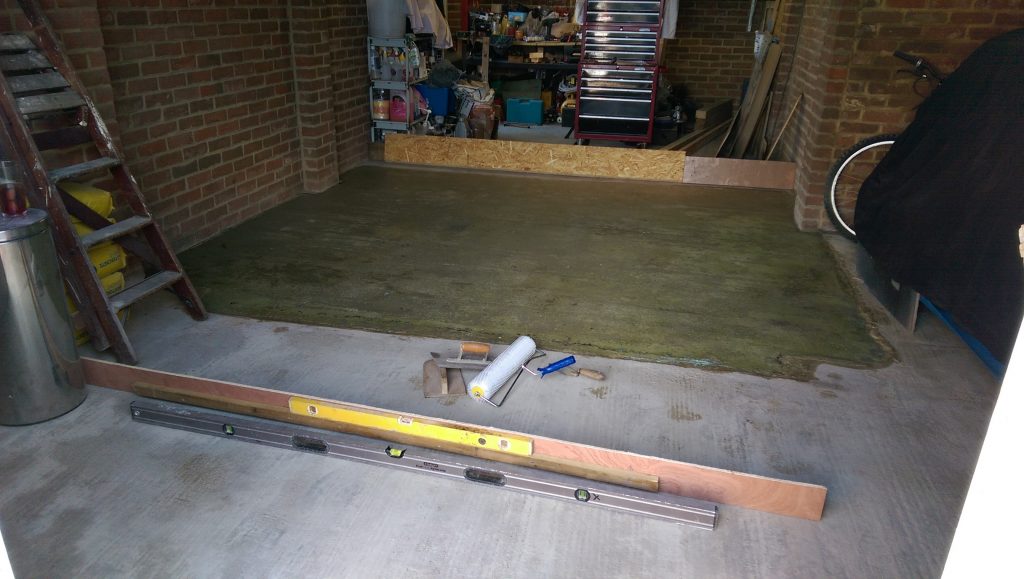 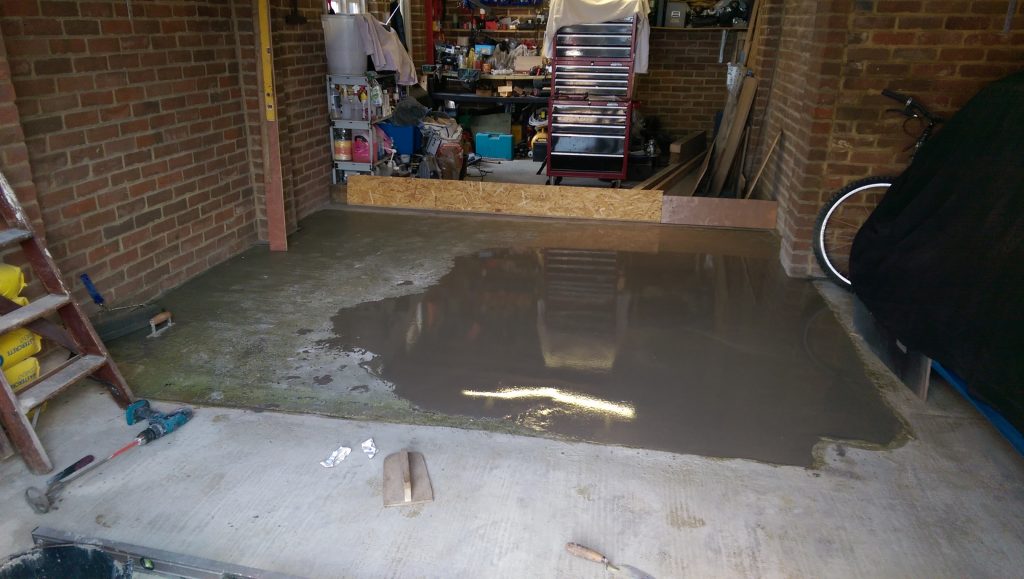 5 bags wasn’t enough so we had to go fetch a couple more. After the first lot had dried fully, another coat of primer then 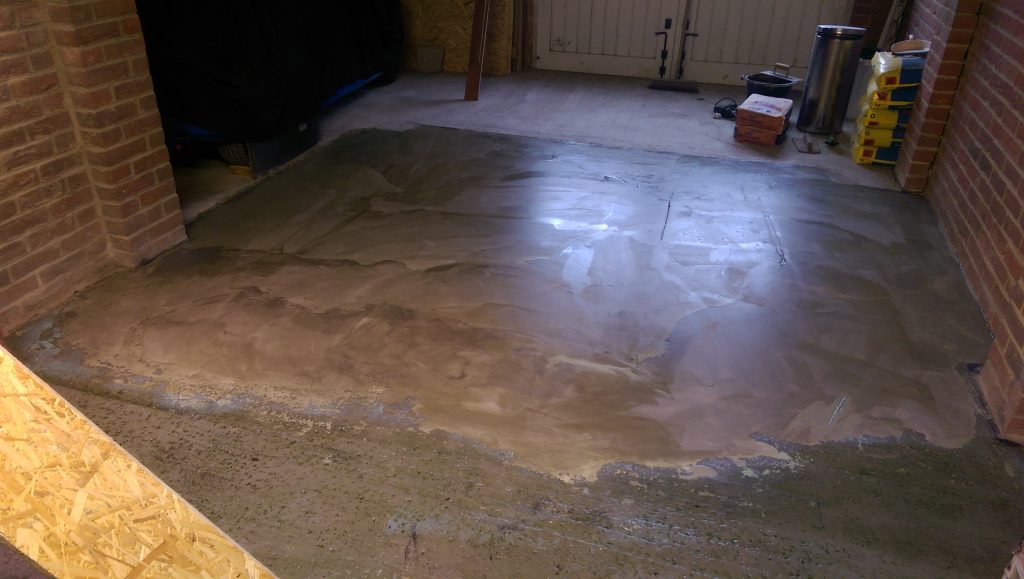 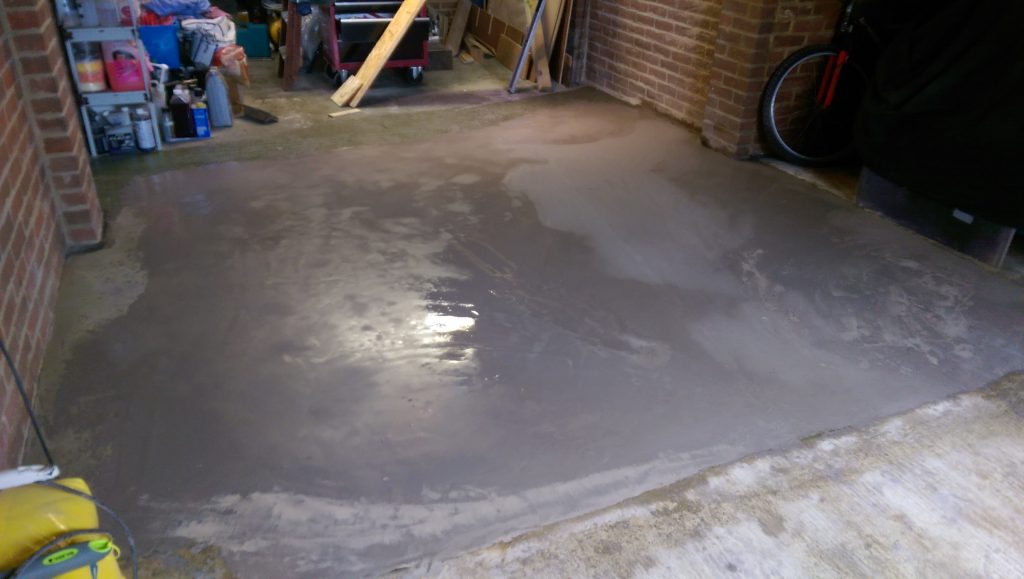 I used Setcrete High performance levelling compound because  “Heavy-duty compound which can be used in high traffic and wheeled traffic areas and in areas subjected to high stress” sounded like the right kind of thing.

So far it’s worked well though it’s not a perfect finish in places, that was my fault for trying to work it too late after it started setting.  I have only levelled the area that needs to be level for the lift and doing wheel alignment as it’s not worth the time and money doing the whole floor at the back wall. 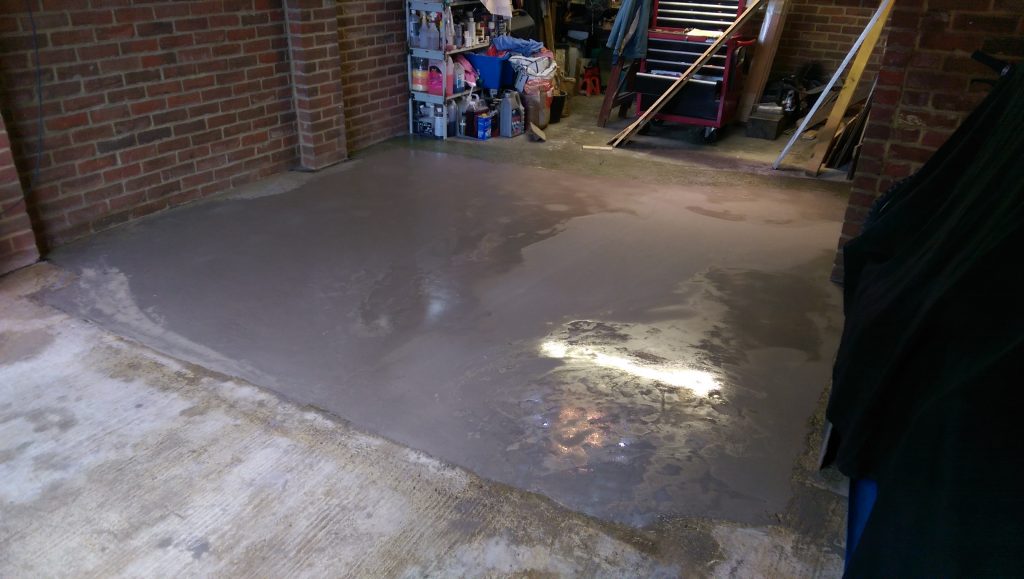 Level in all directions now. 🙂 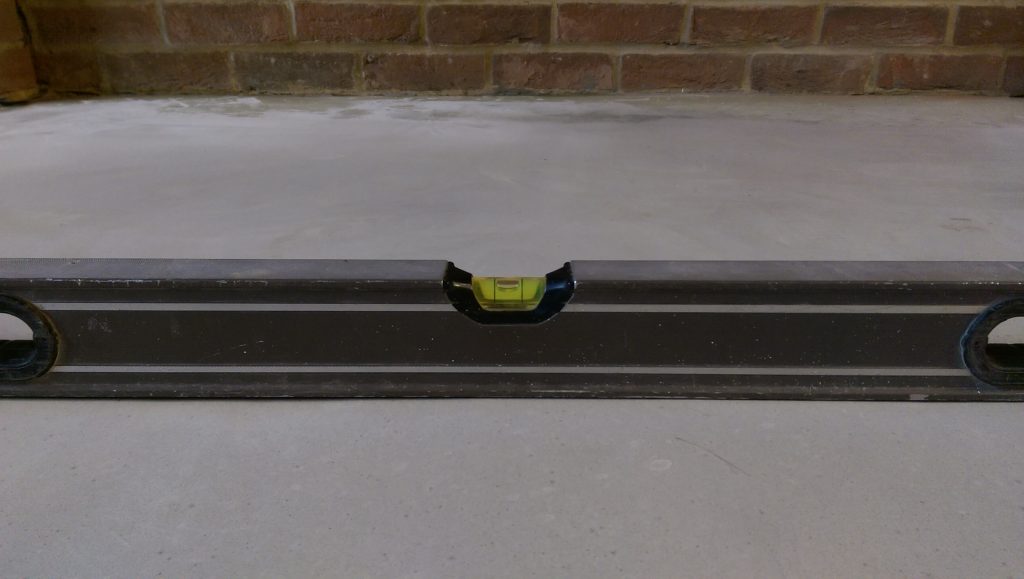 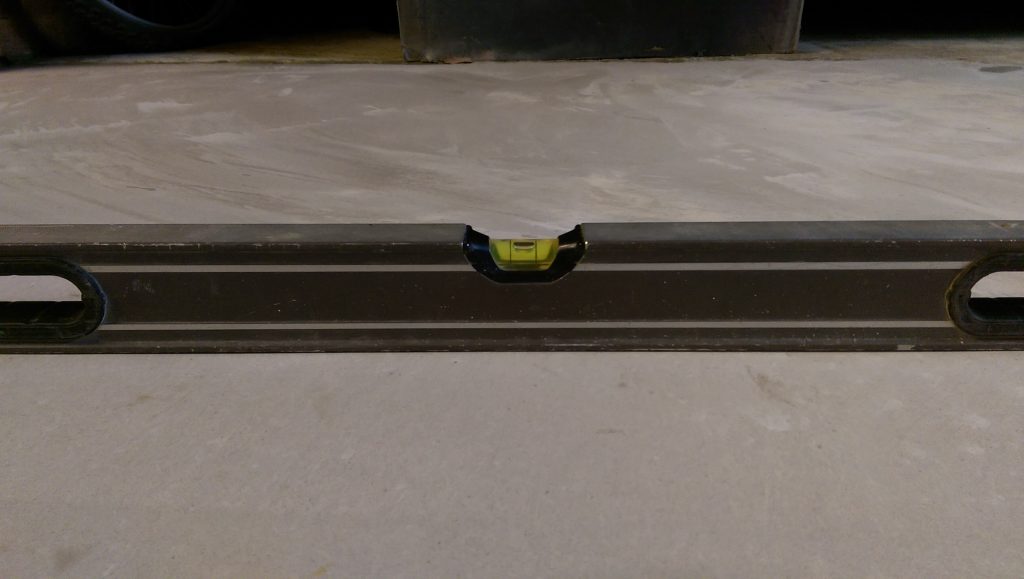 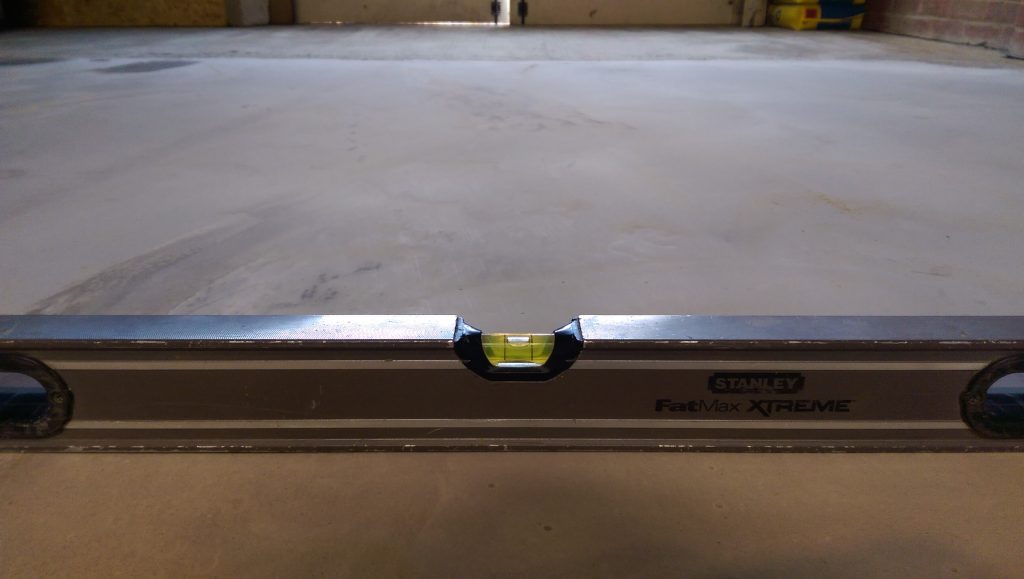 Time to get a lift in place 😀