When I was looking to buy my MX5 it seems hardly any have any cambelt history.  I guess cos everyone seems to know they are non interference engines so aren’t too bothered about cambelts.  Well mine was no different from most and, though it has some general history, it has nothing about a cambelt ever.

So I thought I’d better do it and I’m very glad I did as it looked like it could have been the one it left the factory with!  It was so loose I pulled it off without having to slacken the tensioner. 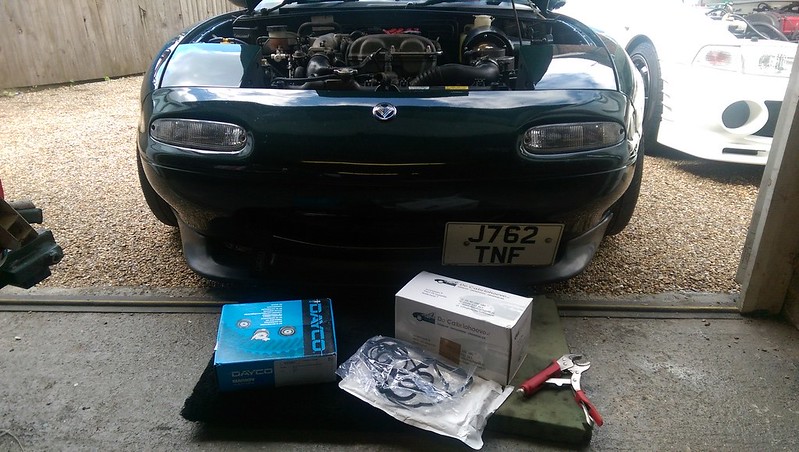 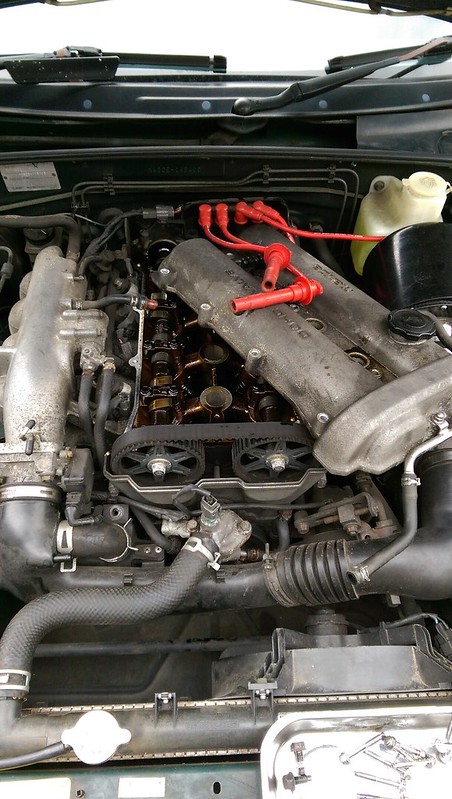 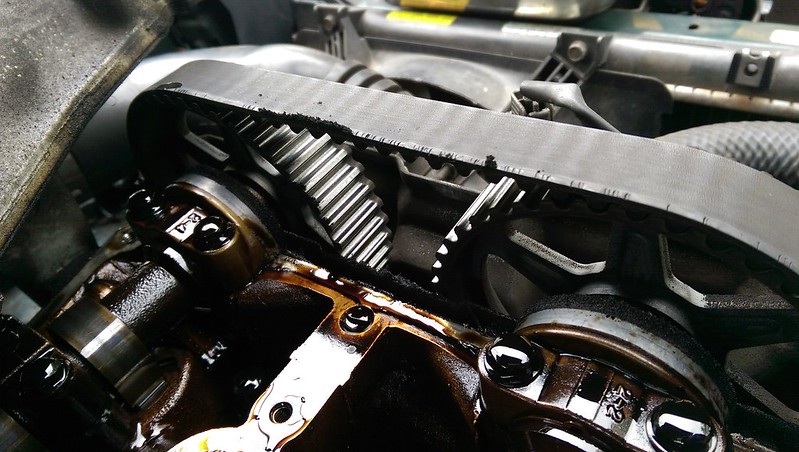 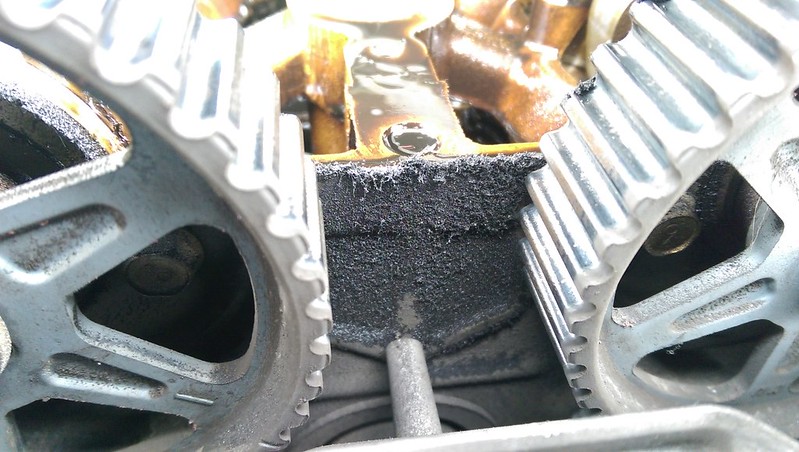 Firstly I undone the 4 bolts that hold the outer part of the pulley to the inner part but it just refused to come off so I gave up trying and went on to undoing the bolt.  I tried with it in gear with the handbrake on, then with my wife jamming the foot brake on while I had a long breaker bar extended with another metre of exhuast pipe.  But it would not budge.  I could’t get my windy gun at it cos of the ARB so I made a tool to lock the pulley in place while I hit a ratchet with a hammer about 50 times before it gave in and came loose.  What a massive waste of time on a job that should have been quick!!! 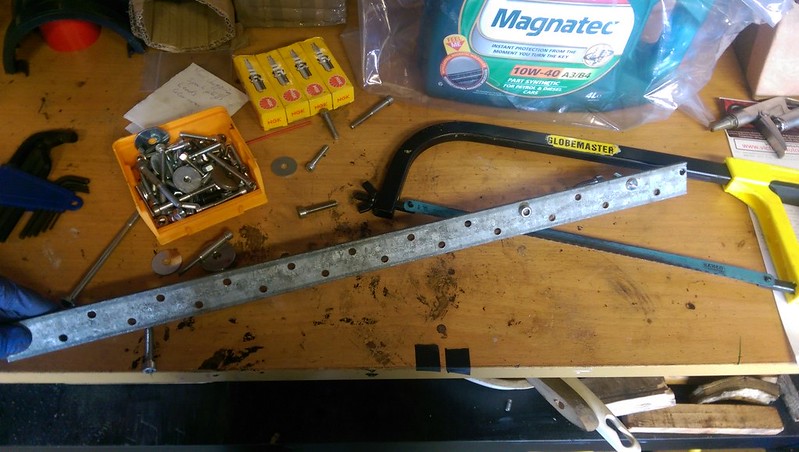 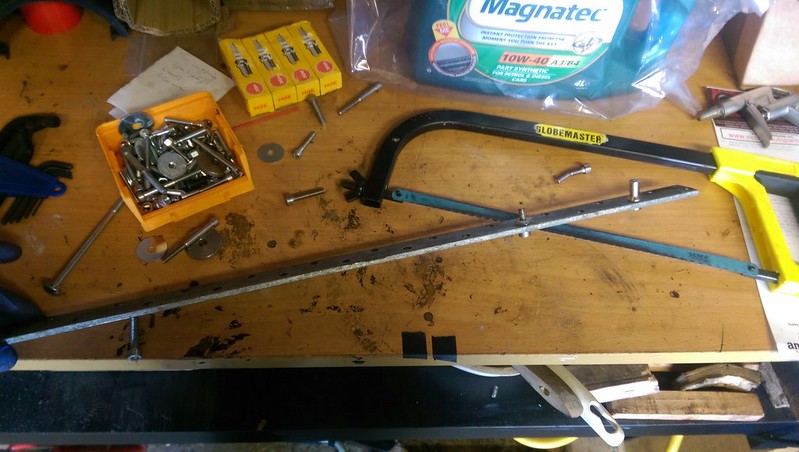 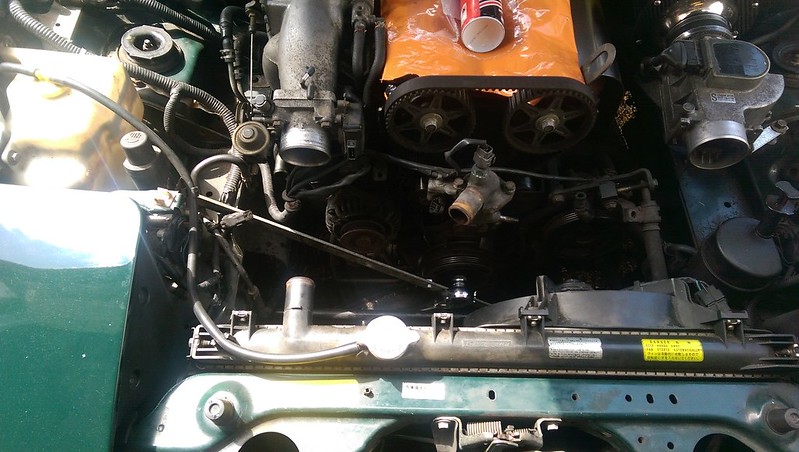 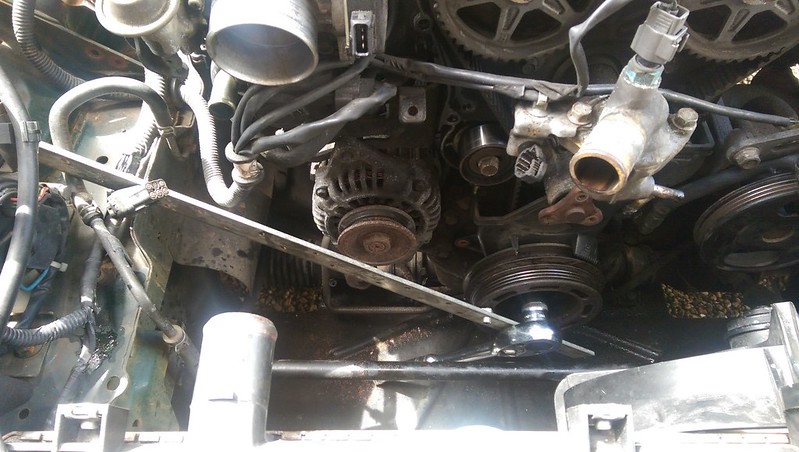 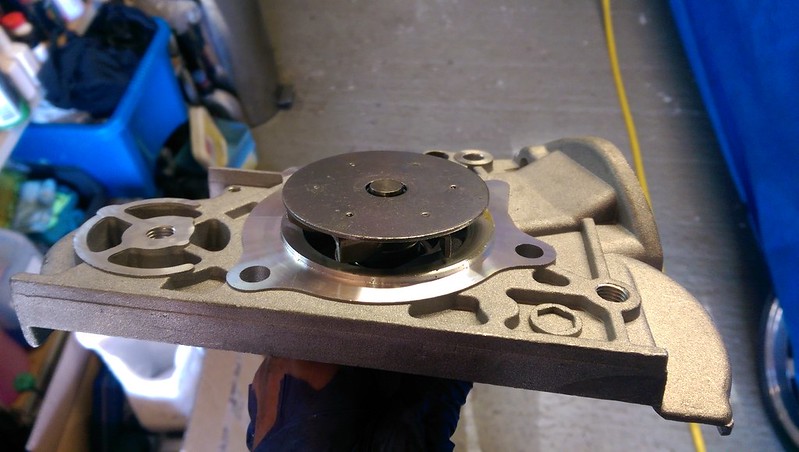 All back together and timed in right. 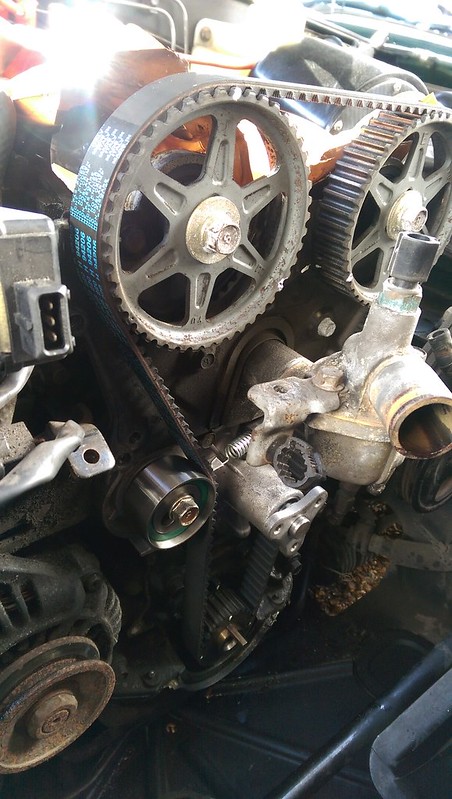 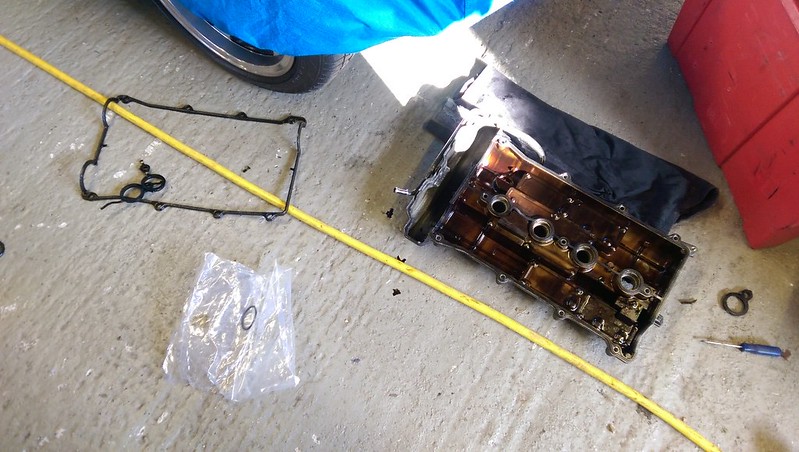 New oil and filter too. 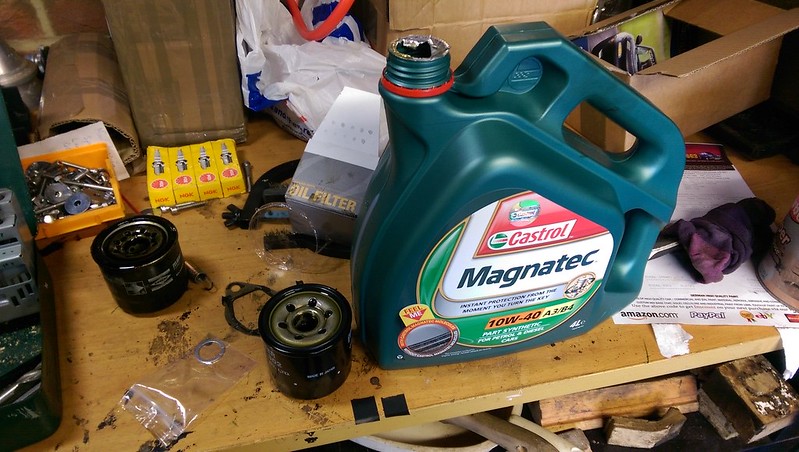 Lastly I rechecked the ignition timing as it was obviously going to be effected by the new belt now timing the cam properly.  It needed backing off as it had been advanced to 20 degrees or so.