Had a small problem a little while back. Was sort of expecting it as it’s one of the common problems I hadn’t done yet. Spent a whole day working on the mx5 in the drive and kept getting little hints of petrol smell. Didn’t really pay too much notice and assumed my neighbours were filling one of their bikes or something from a can but at the end of the day it occurred to me they can’t have been doing that all day and I had just filled the evo with fuel the night before. The penny dropped, I had a peek under the back of the evo and sure enough the filler pipe was dripping. 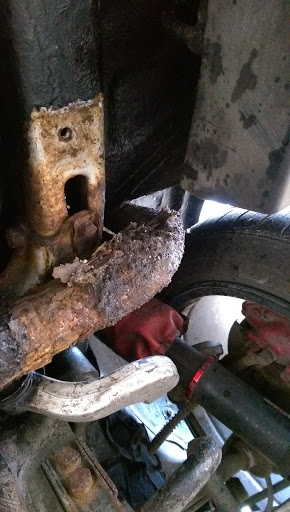 Obviously because this area was never undersealed it has suffered but fortunately the small exposed area of the chassis leg has survived with only surface rust so just needs preparing, treating with Hydrate 80 and painting.

I ordered a new neck. 143 squids from here: http://www.ebay.co.uk/itm/Mitsubishi…IAAOxyAbxTj2eV

How the guard looked inside 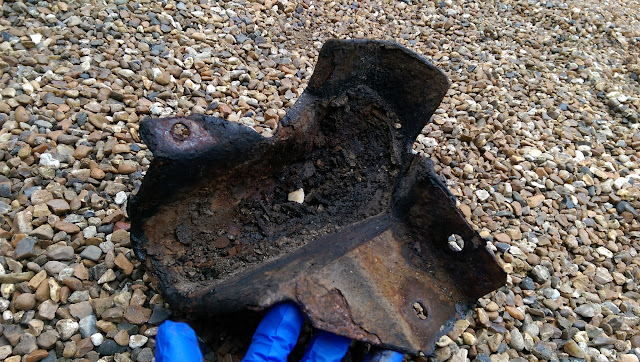 and what I removed 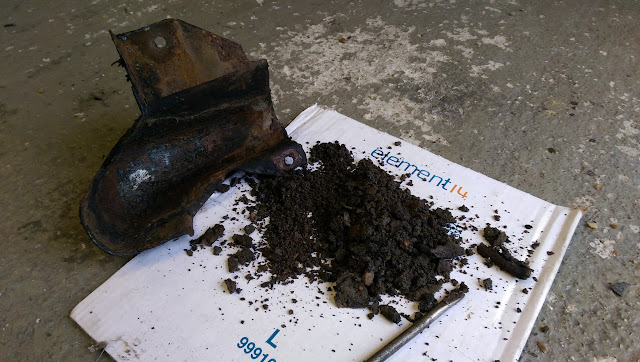 When the new one arrived I gave it plenty of coats of hammerite black. I also drilled some large holes in the guard then prep’d and painted it. 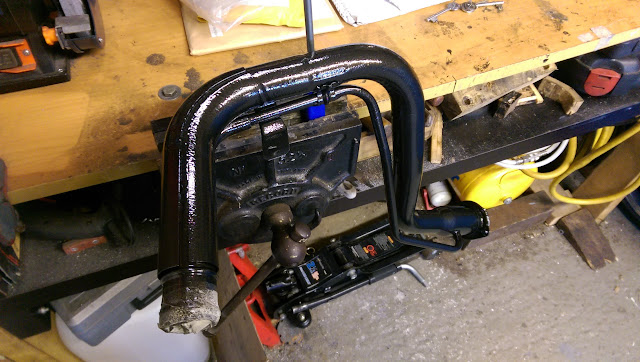 Here we go, hoping it won’t be too much of a fight. 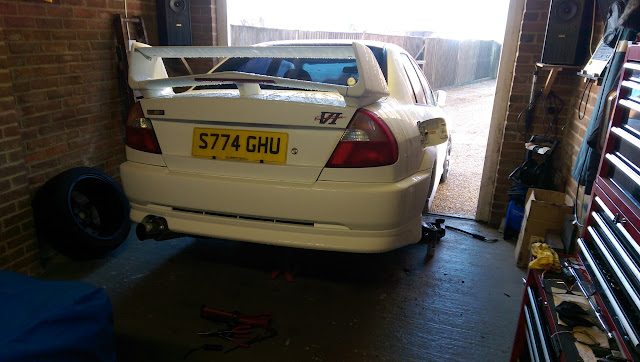 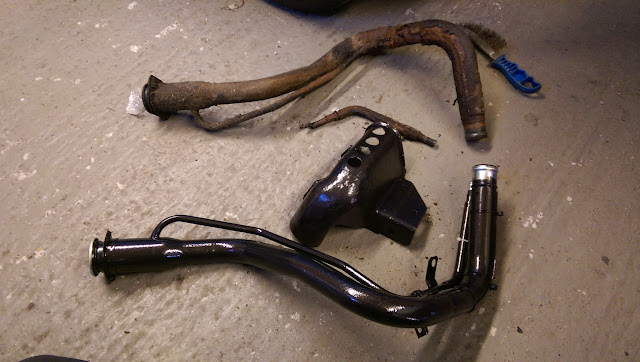 Bit of prep and painting before the new one could go in. 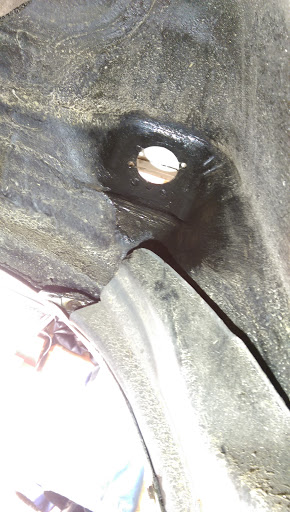 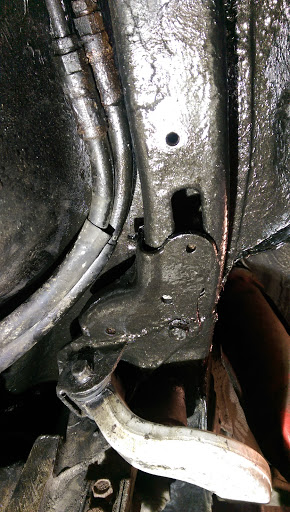 New one in. Not as much of a fight as I was expecting and despite what I’d read here I did it with a nearly full tank with no spills. I wasn’t replacing the rubber hose though as that was fine, just needed some new hose clamps. 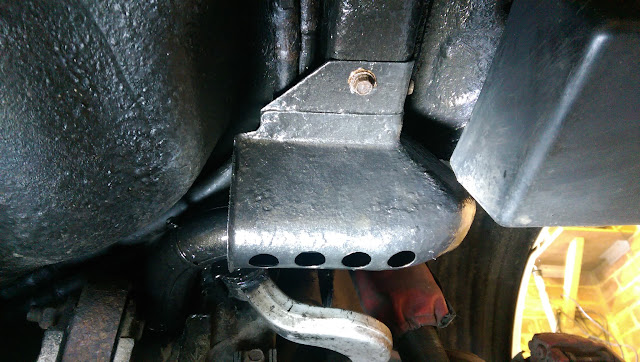 That’s another job ticked off. Just when you think you’re running out of things to do things like this happen and order is restored.