Just a few pics of sorting out the rad fan and cowl to keep airflow through the rad in its new position.  It was a choice between trimming the fan cowl and moving the power steering pipes out the way to use the original mounting points or just mounting the fan closer to the center of the rad with some new brackets so I went with the latter.

I just used 3 mounting points cos that works perfectly well.

One bracket on the bottom to use one of the mounting points for a drivers side fan. 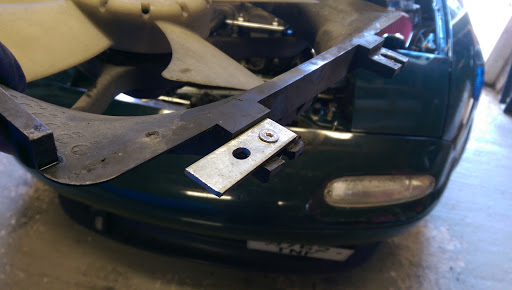 A bracket on the top with a cut out to give clearance for the IC hose. 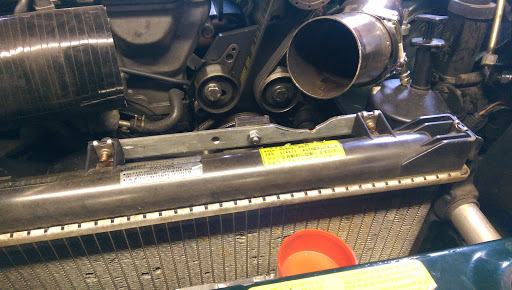 Filling the gap between the front panel and the rad.

Usual story of making a cardboard template then transferring that to some 1.5mm ali sheet to end up with this. 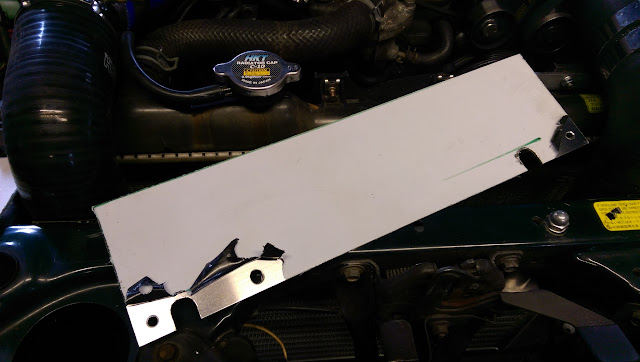 Fitted plus some sections either side. 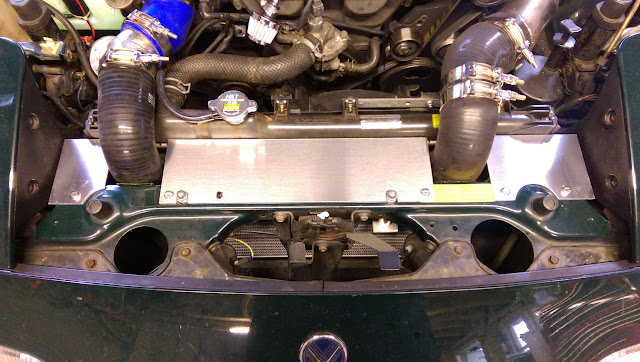 Sort of done as far as the fabrication stuff goes. 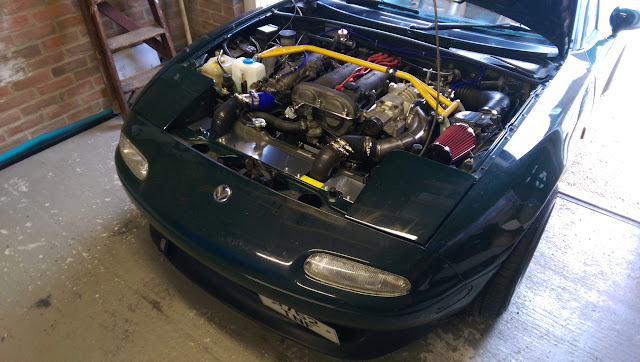 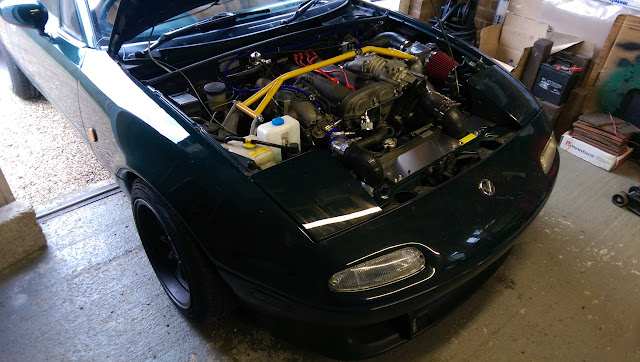 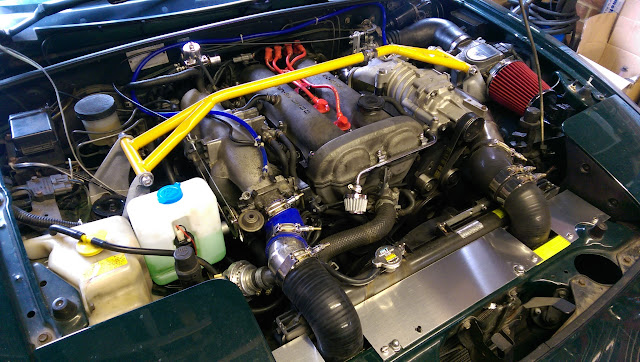 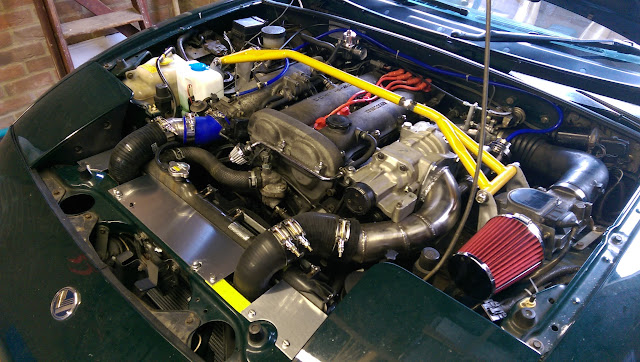 I’m really liking seeing the intercooler peeping out.  Though, being an over the rad type so quite far back it’s not quite as obvious as other FMIC’s on MX5’s.   I think I’d like it even more if it was right up front shouting about it’s shiny intercooleryness though maybe it’s more cool not being so obvious? 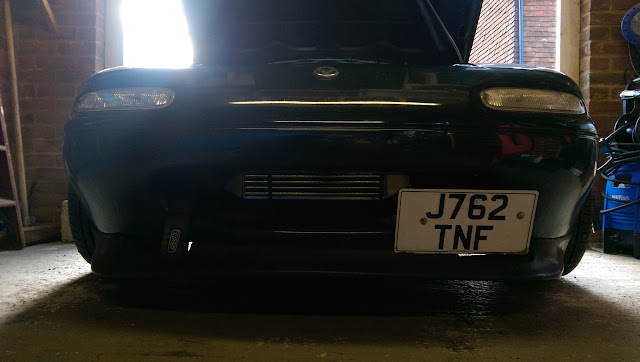 Well that’s all the stuff that I was fairly confident about done now. It’s all gone pretty smoothly and only taken a couple of months of some of my spare time so quite happy with that. But now I’ve got to try and make it work properly which is the part of this whole project I’m not so clear on.