Google images was a good start and I looked at the universal intercoolers kits available.  I was pretty sure over the radiator would be the best plan for me though.  Less piping being the main reason so less hoses and clamps to buy, less to leak and less overall volume.  I was sure I’d be able to do it for plenty less than the £300 cost of the kit too.

Eyed up what space there was with the bonnet shut 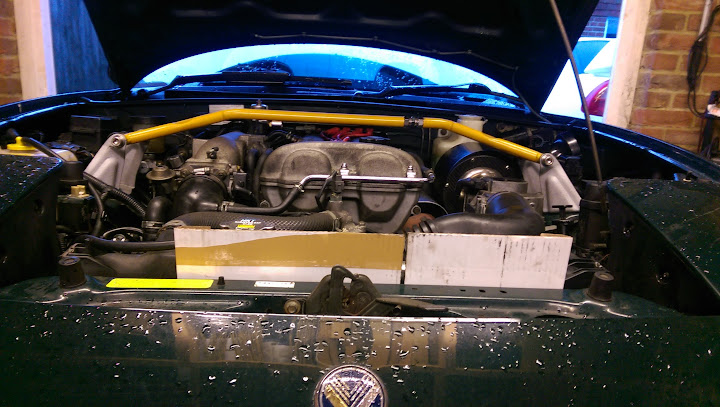 3 inch pipe wedged in place holding the rad back. If there’s room for that then there’s got to be room for 2.5 inch ID or less hoses. 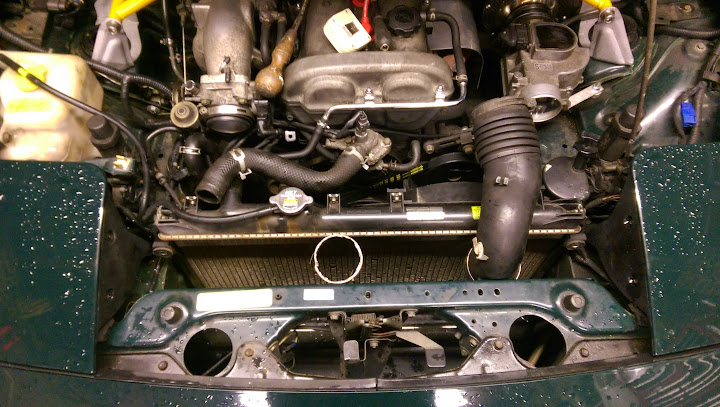 Quick drawing of a basic plan 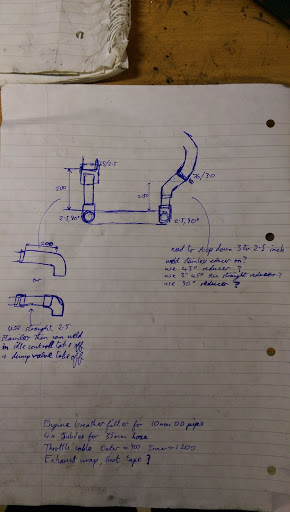 Went away with my drawing and spent far too long searching loads of different intercoolers that might fit nicely with their inlet/outlet in useful places.  I found some interesting ones I was tempted by but eventually decided on a cheap universal jobby from eBay.

It arrived, I could see why it was cheap.  Though still ok for the money it looked like mine had been dropped or something in transit so I sent it back. 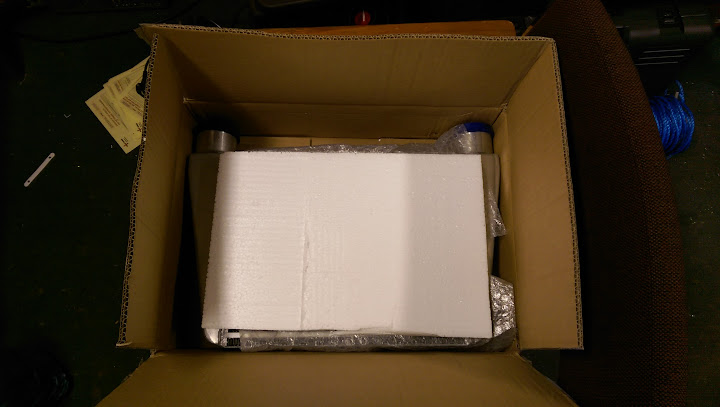 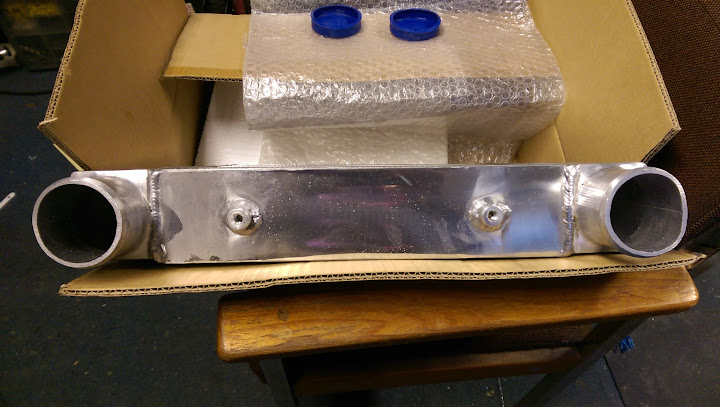 While I was sorting that a Track Dog Racing intercooler came up on ebay. I thought it would sell for a fair bit but I stuck a bid in and won it for £85 so it cost me less than a ton including delivery.  Well happy with that cos it’s sooooo much nicer than the cheap universal one. 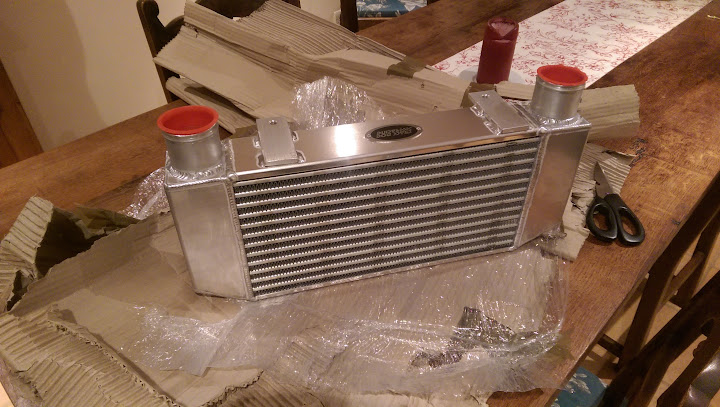 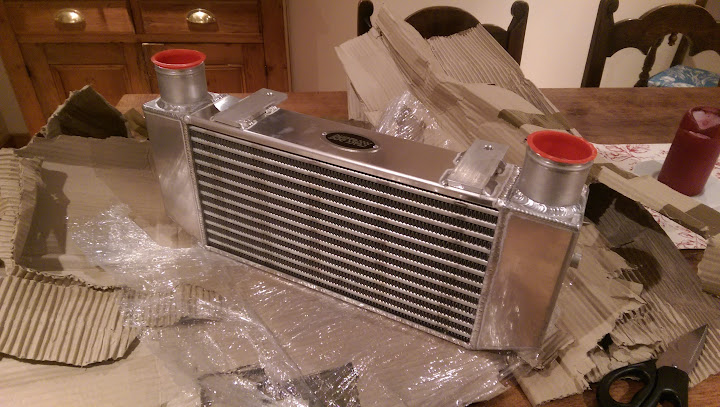 got to figure out how to fit the thing now…