Next thing on the list was 4 wheel alignment.  I like doing things myself if I can so I do it the old school way with string, well fishing line actually.  Having slightly stretched tyres and a bit of poke on the wheels makes this much easier to setup.

Firstly I kept it on the ground for an all round check before putting it up on the turn tables.  That way I could check everything had settled back to the same values after jacking it up. The front wasn’t too bad the the rear had toe out on one wheel though. 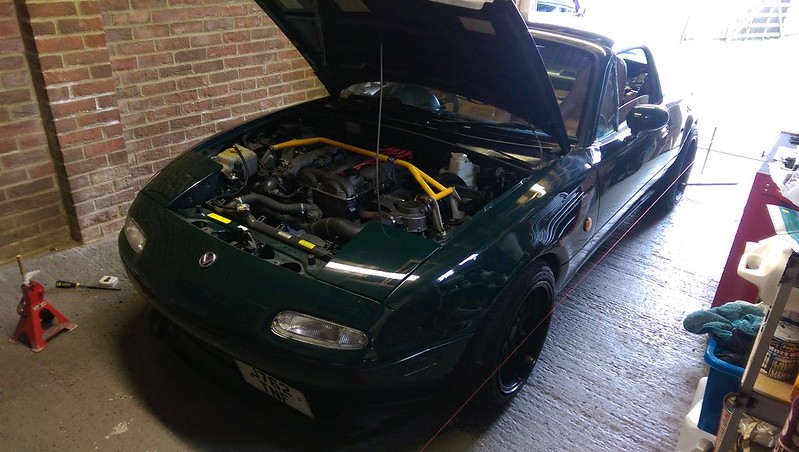 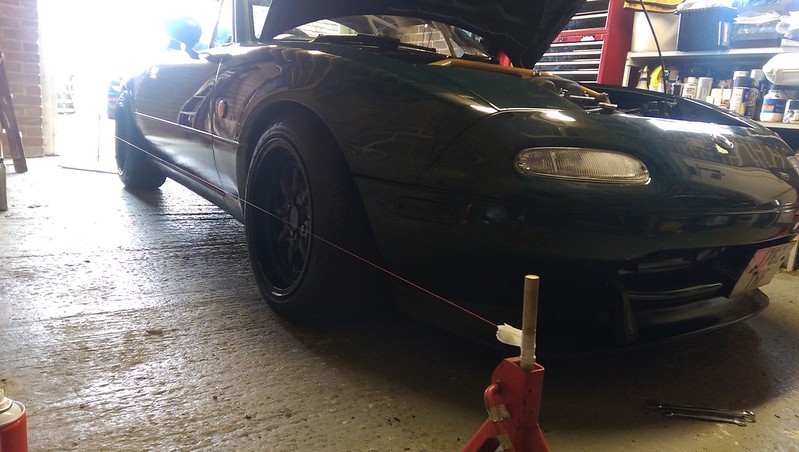 Once the two lines are set parallel down each side of the car I just measure the distance to the wheel rim from the line to get the toe measurement. 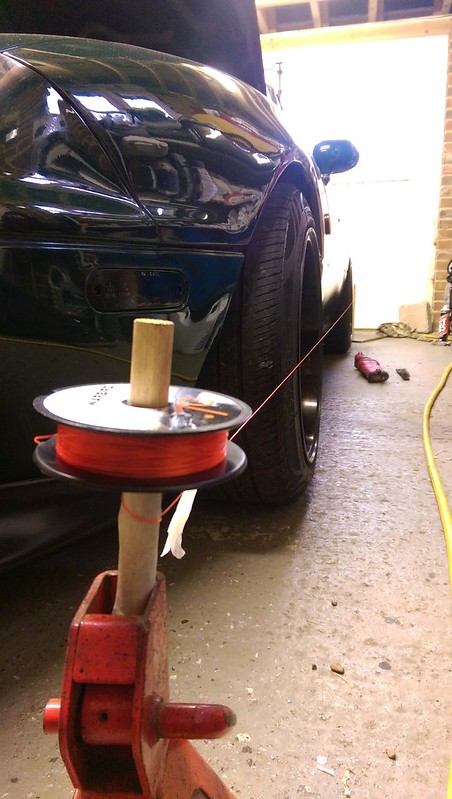 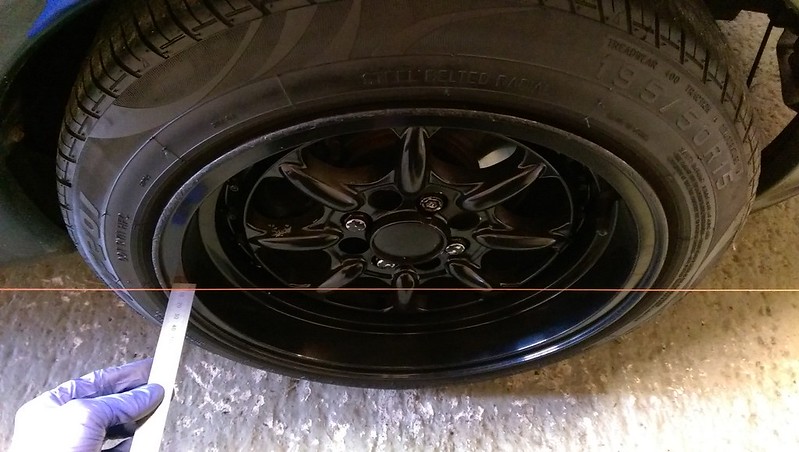 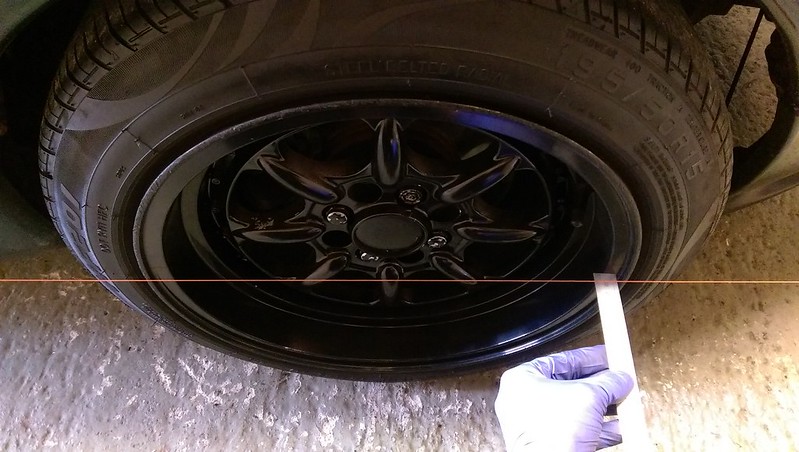 I use a similar method with a plumb line to check the camber as well as the proper camber caster gauge. The difference between the top and bottom of the rim and a bit of trigonometry means I can work out the camber of the wheel. 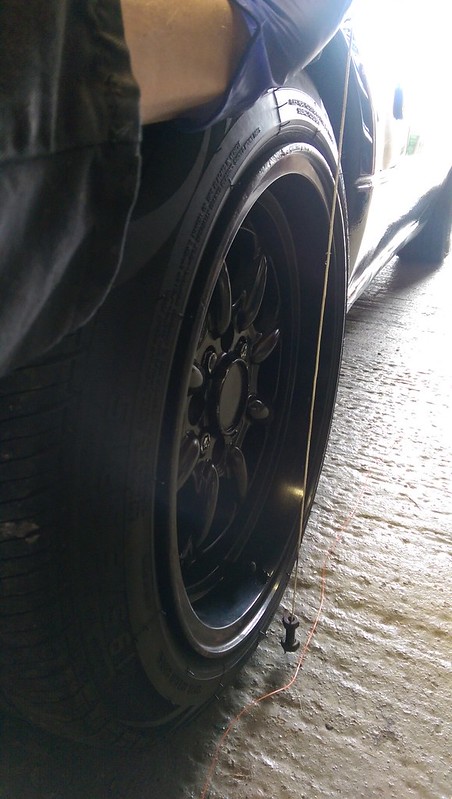 Had to fetch the windy gun out again. Bolts were proper tight! 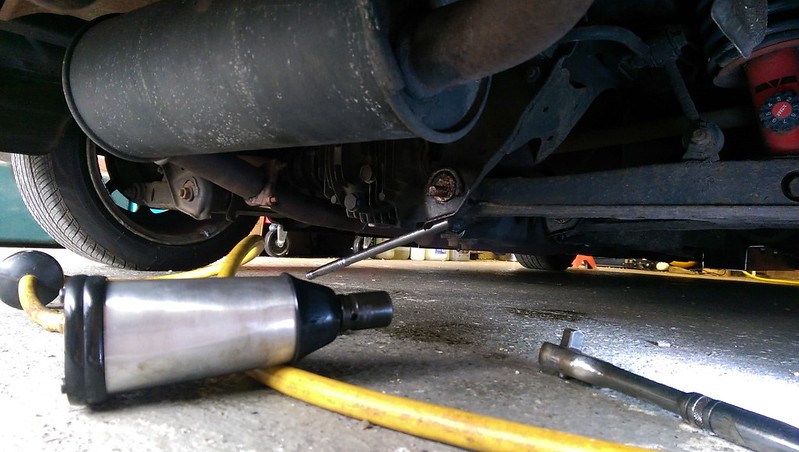 The camber castor gauge fits on magnetically. Obviously no good on ali wheels so made this little setup for the evo and mini’s. Now it has the MX5 PCD drilled in it too. 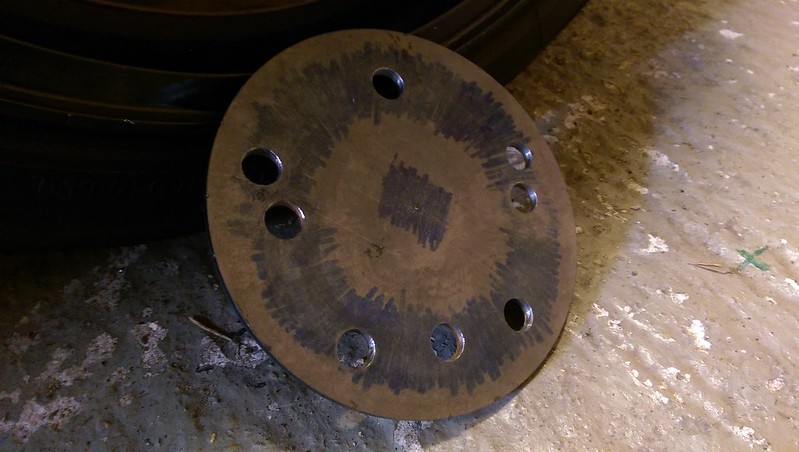 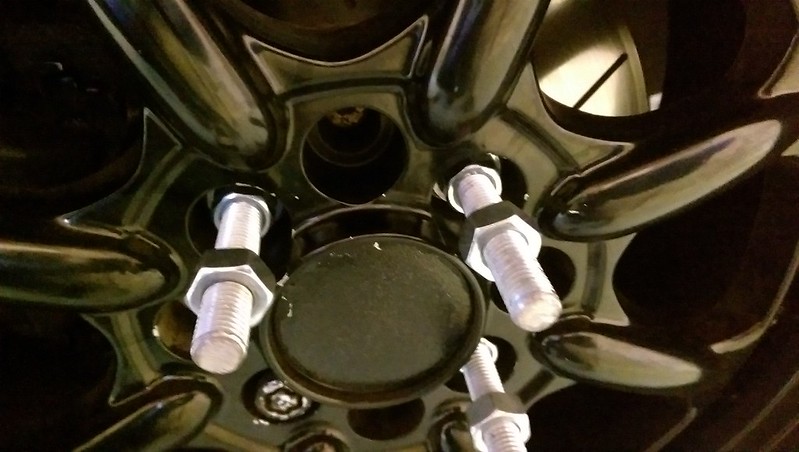 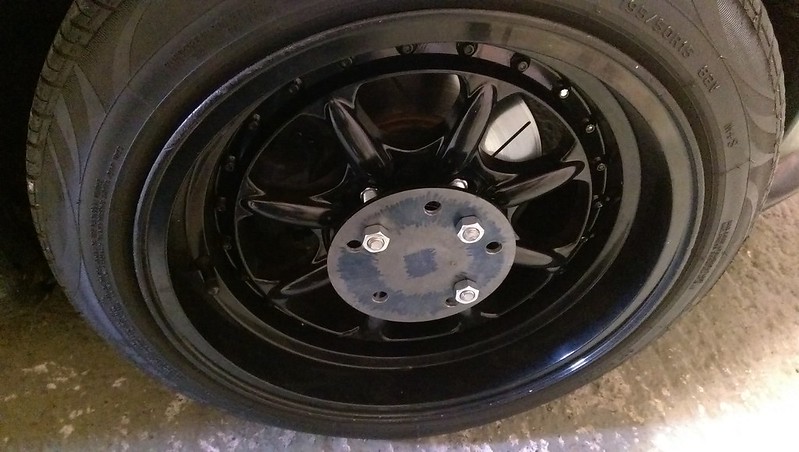 The disc needs to be lined up to match the wheel face so, with the car jacked up, I spin the wheel with the disc touching something fixed. Then just adjust the disc in and out on each stud until it’s spinning true.  This is only necessary for the camber it doesn’t make any difference for the caster measurement. 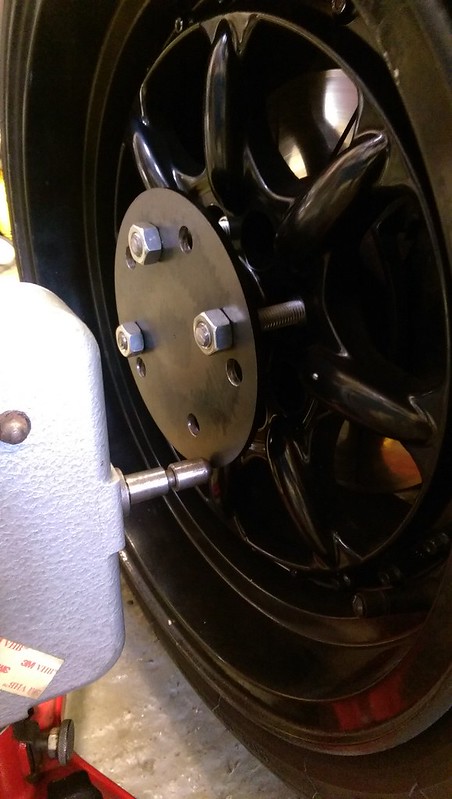 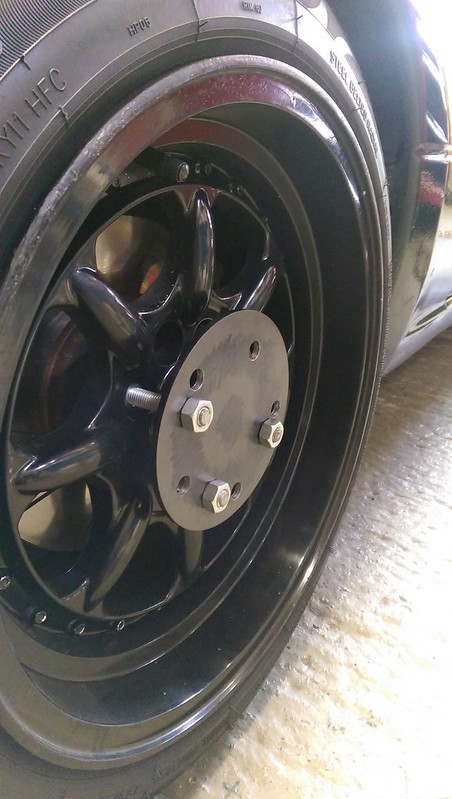 Now up on the turn tables, some blocks and a slidy job at the rear to allow the tyre to move. 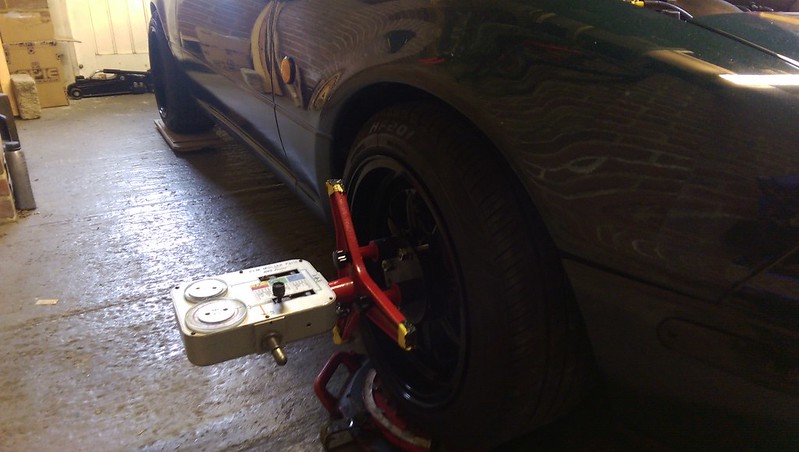 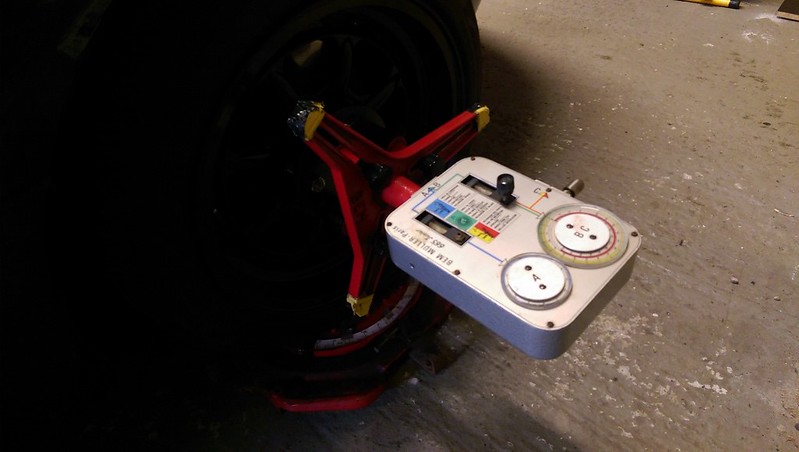 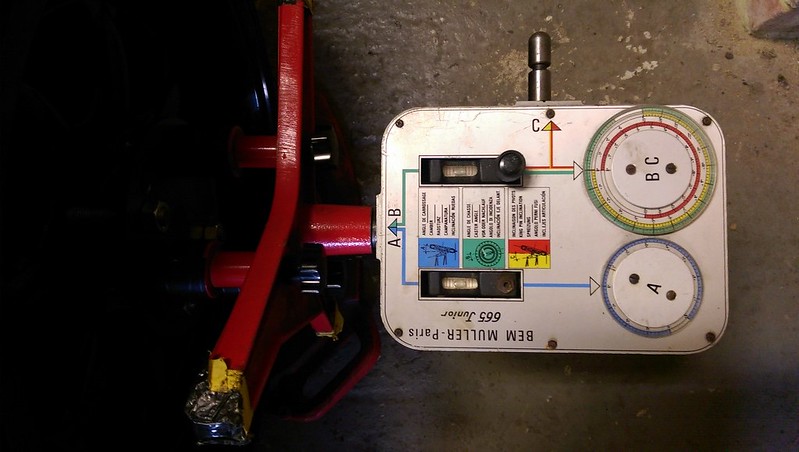 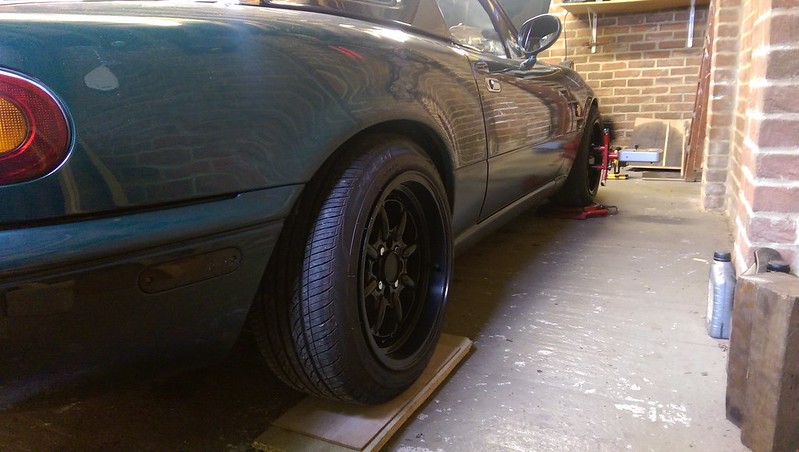 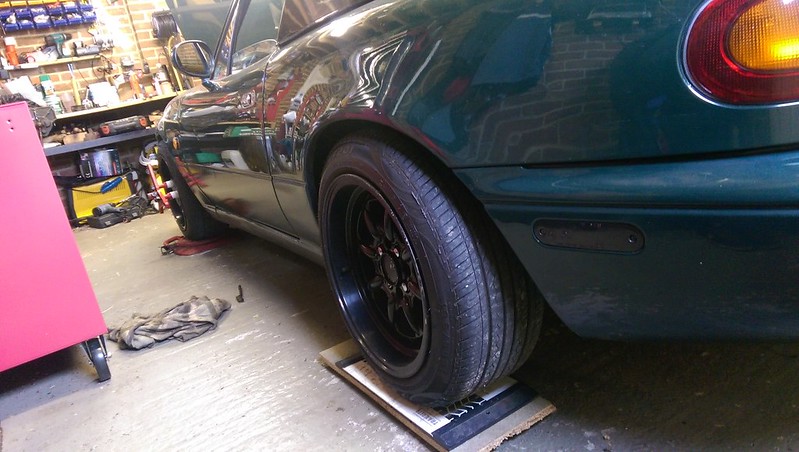 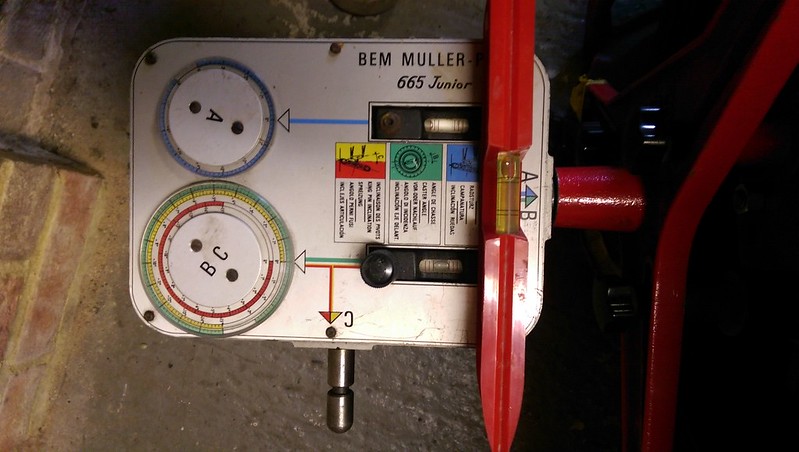 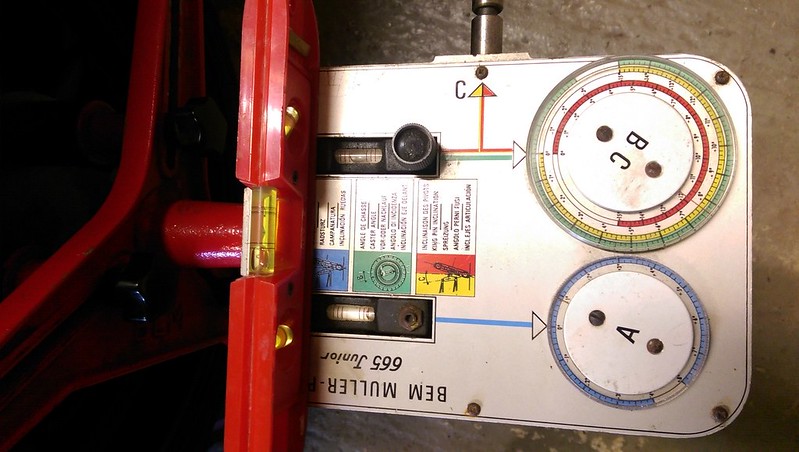 My glamorous assistant was out so i had to replace her with a bungee cord to hold the wheel in position for the caster measurements on the passenger side. 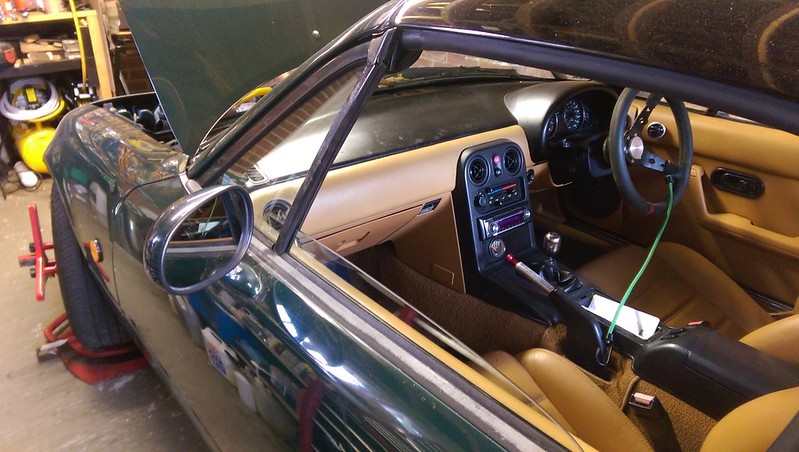 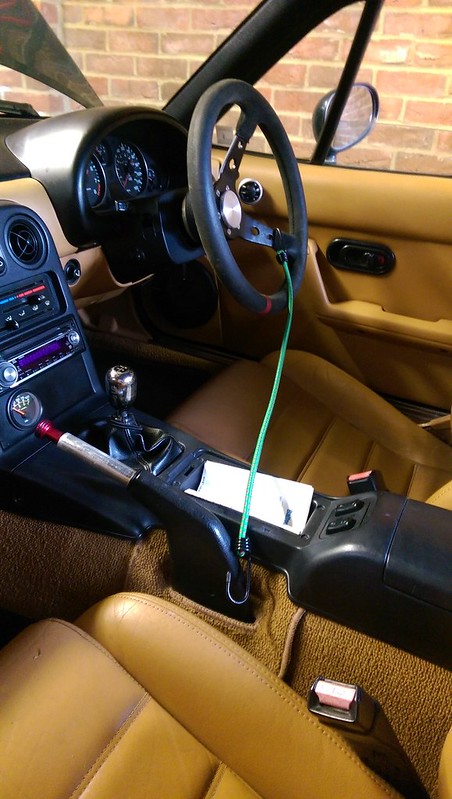 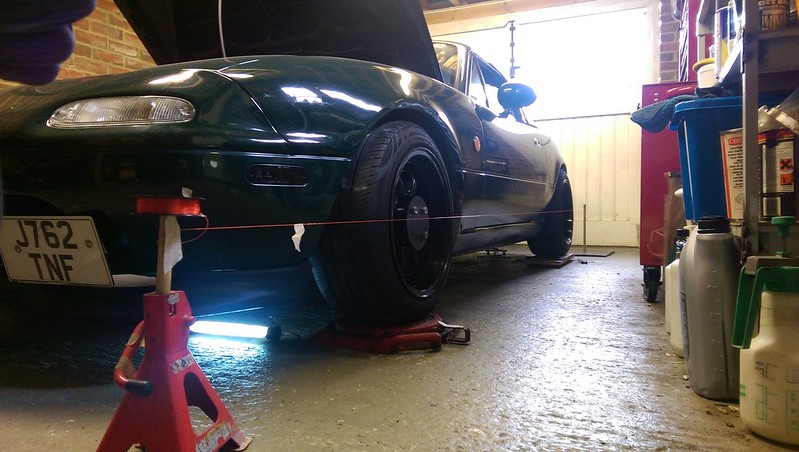 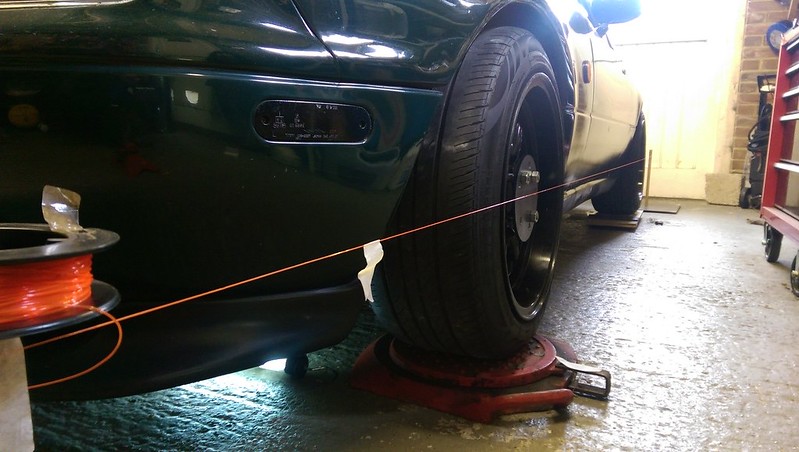 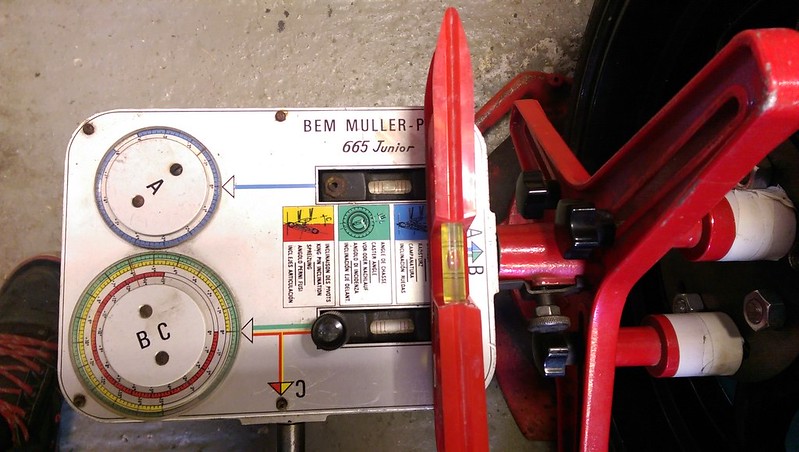 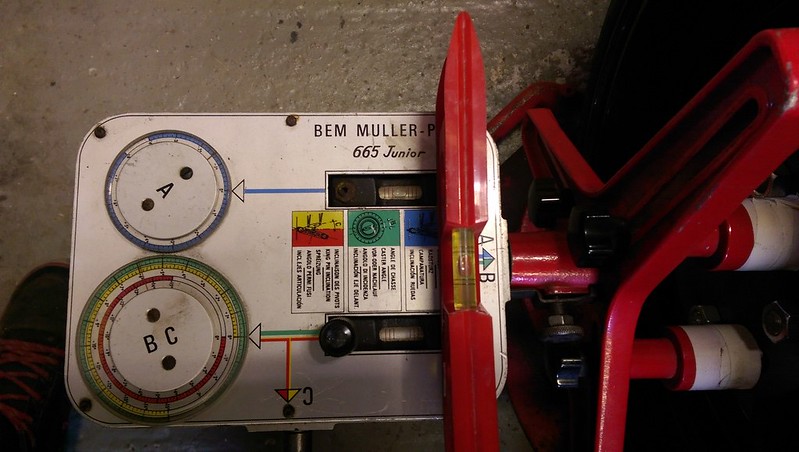 I set the front with as much caster as possible with 1.5 degrees camber and 1mm toe in.  The rears I set 1mm toe in each side and 1 degree camber, if I remember right. Got it all scribbled on a bit of paper somewhere.