Went a bit quiet lately as I spent some time figuring out the best way to proceed with this. Budget is still the most important thing as this whole car is supposed to be cheap so I can’t just throw cash at it.  My original plan to fit the charger then back off the timing, increasing the fuel pressure and use 1.8 injectors hasn’t quite worked as I’d hoped.  It ran fairly well until it started putting some proper boost in and just got very lean.  I guess this might not have been such a problem with the standard pulley on but I’d already cut that off years ago when I got the charger, before it was ever destined for an MX5. So I just fitted whatever used pulley I could get hold of for sensible money. This pulley with my setup seems to be good for around 10psi which I guess is a bit much without some better fueling control.

I’ve removed the charger for now so we can use the car safely. I was able to get away with just moving the rad slightly forward of it’s new position to allow the standard induction pipes to go back in. Now it looks like this 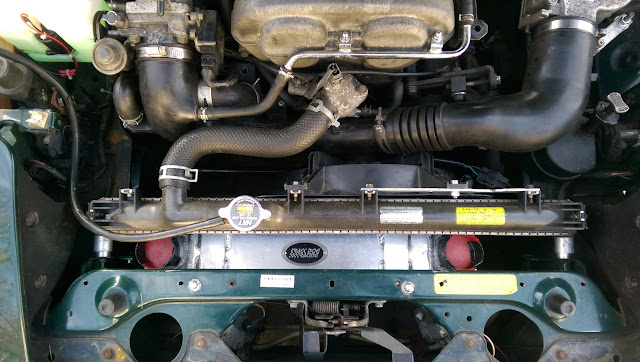 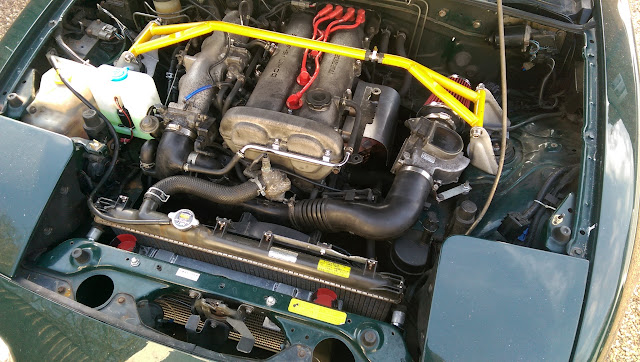 Just before removing it I did a quick boost leak test so I could sort any troubles before it eventually goes back on.

Made this for finding leaks on the evo 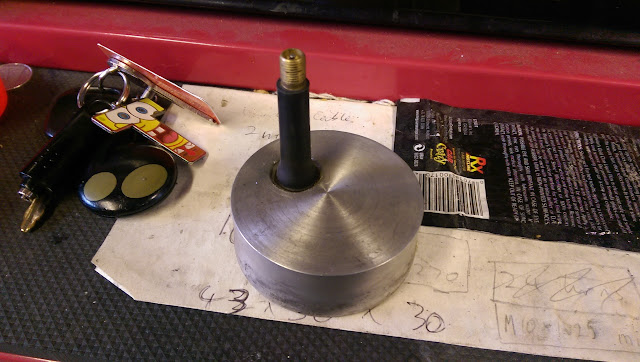 stuck a couple of bar in it and found loads of leaks! Pretty much just need to fiddle the hoses around a bit and properly tighten the clamps. 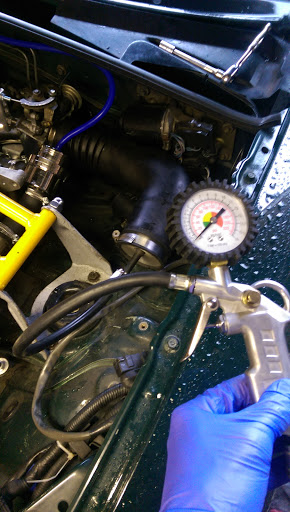 Having done the ball joint boot on one side not long ago I noticed the other side needed doing the other day so got it sorted. Boring but good to keep a record. 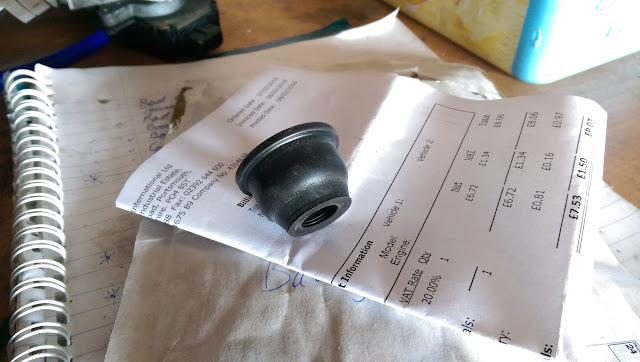 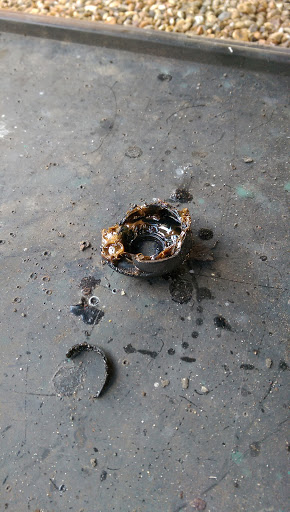 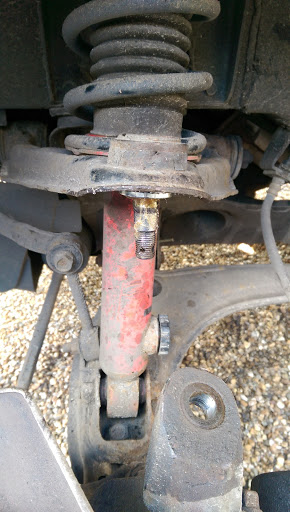 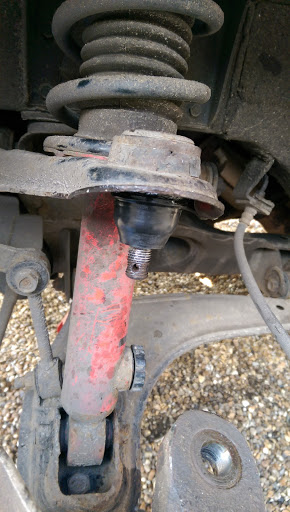 I have a plan for sorting the fueling and ignition…..