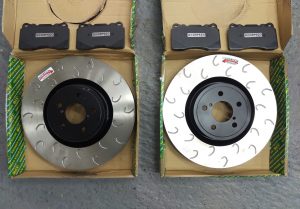 I could see it was likely the front pads were going to need replacing before I bought the car and sure enough when I got the car home and gave it an all over inspection I found the previous owners had certainly got their money’s worth! 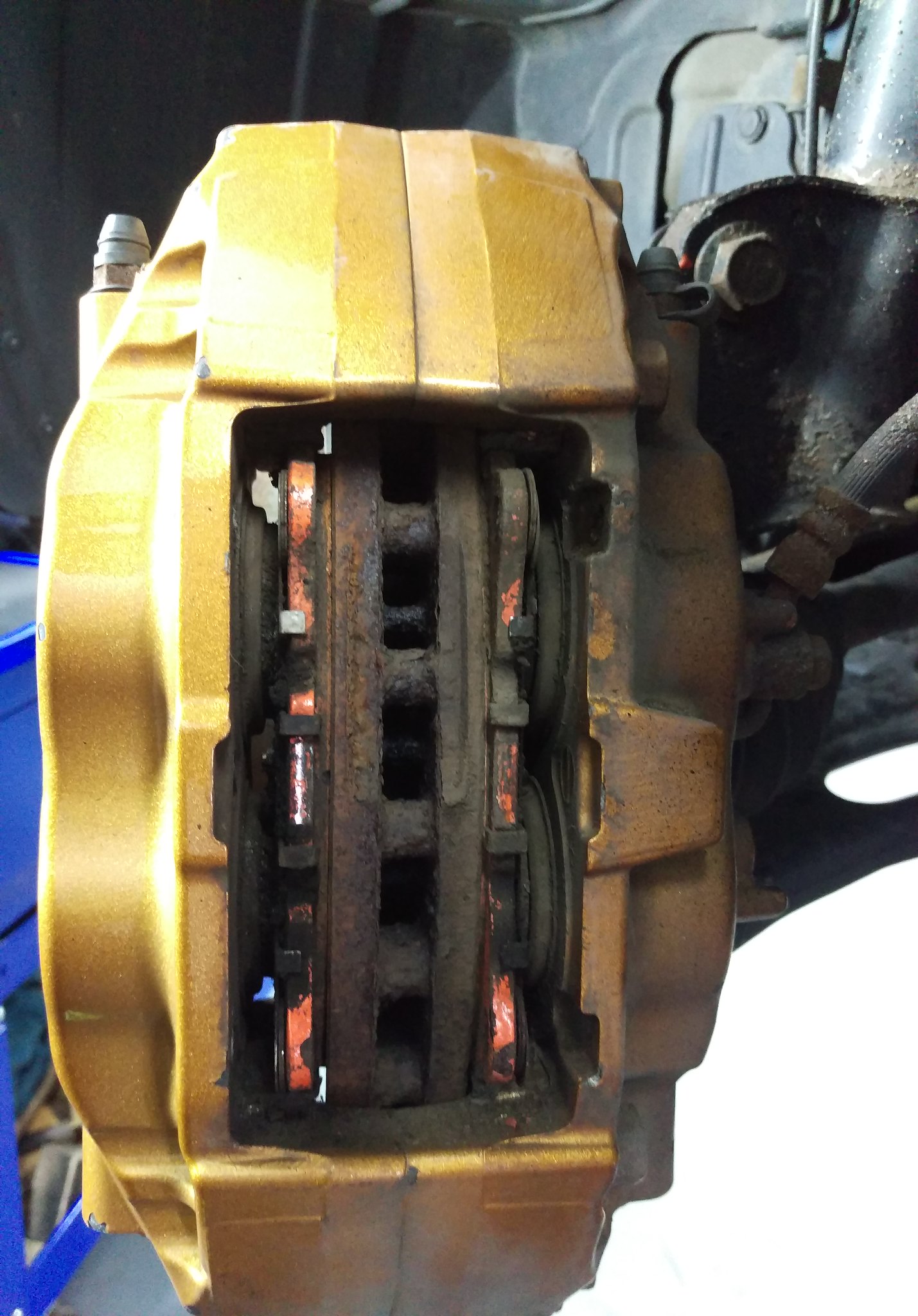 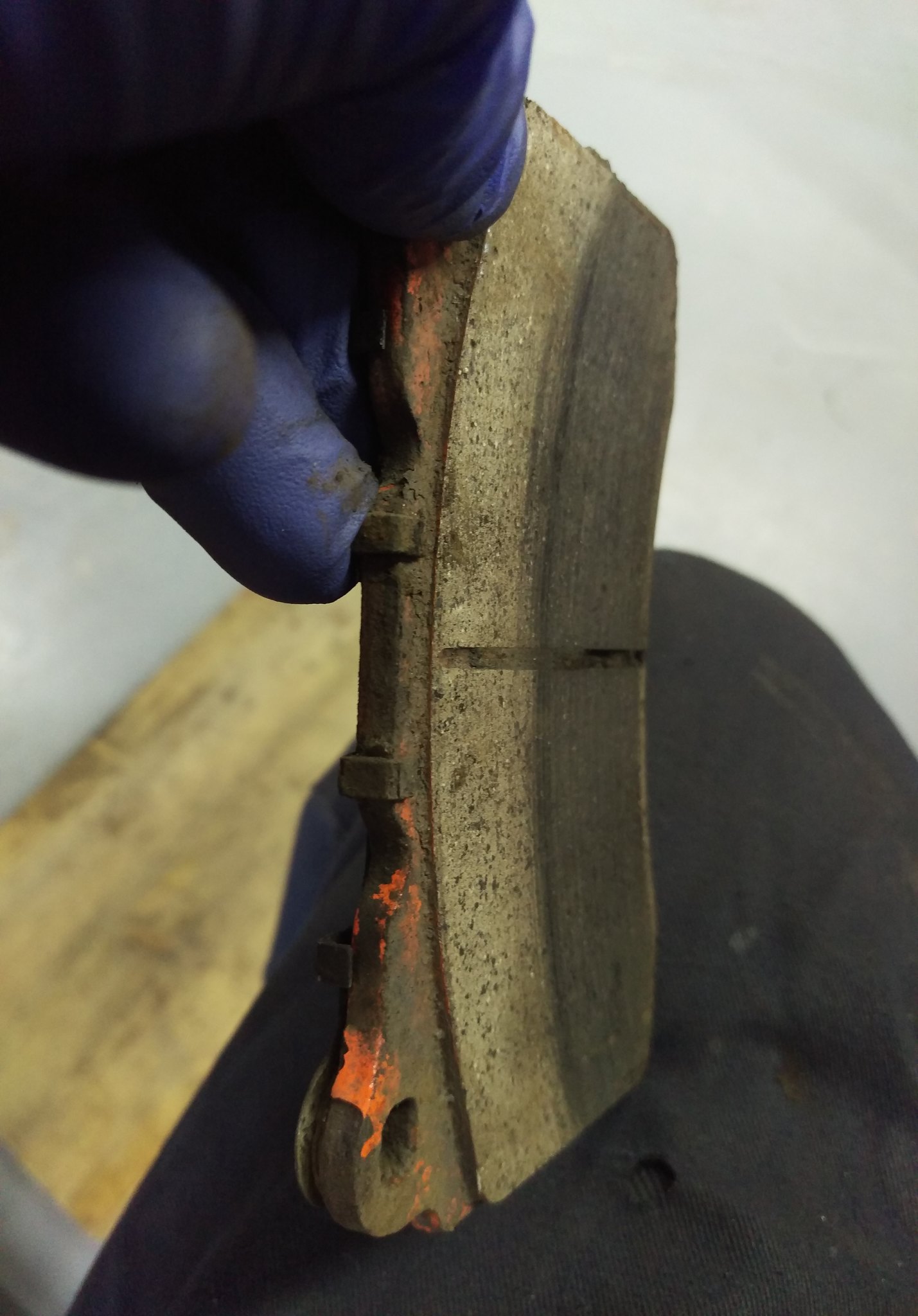 I also measured the disc thickness to compare with the thickness stamped on the edge of the disc and they were getting close to the minimum thickness.

So I placed an order with Godspeed as they are well know for providing decent quality discs and pads at a reasonable price. I went for their G-hook discs with Kevlar pads as it’s only a daily drive road car so I don’t feel the need to get too keen on spending on the brakes. Though I may choose to go with some Performance Friction pads, the same as I fitted to the Evo, when they eventually need replacing. I purchased a full kit so have the same for the rear though they don’t need doing just yet. 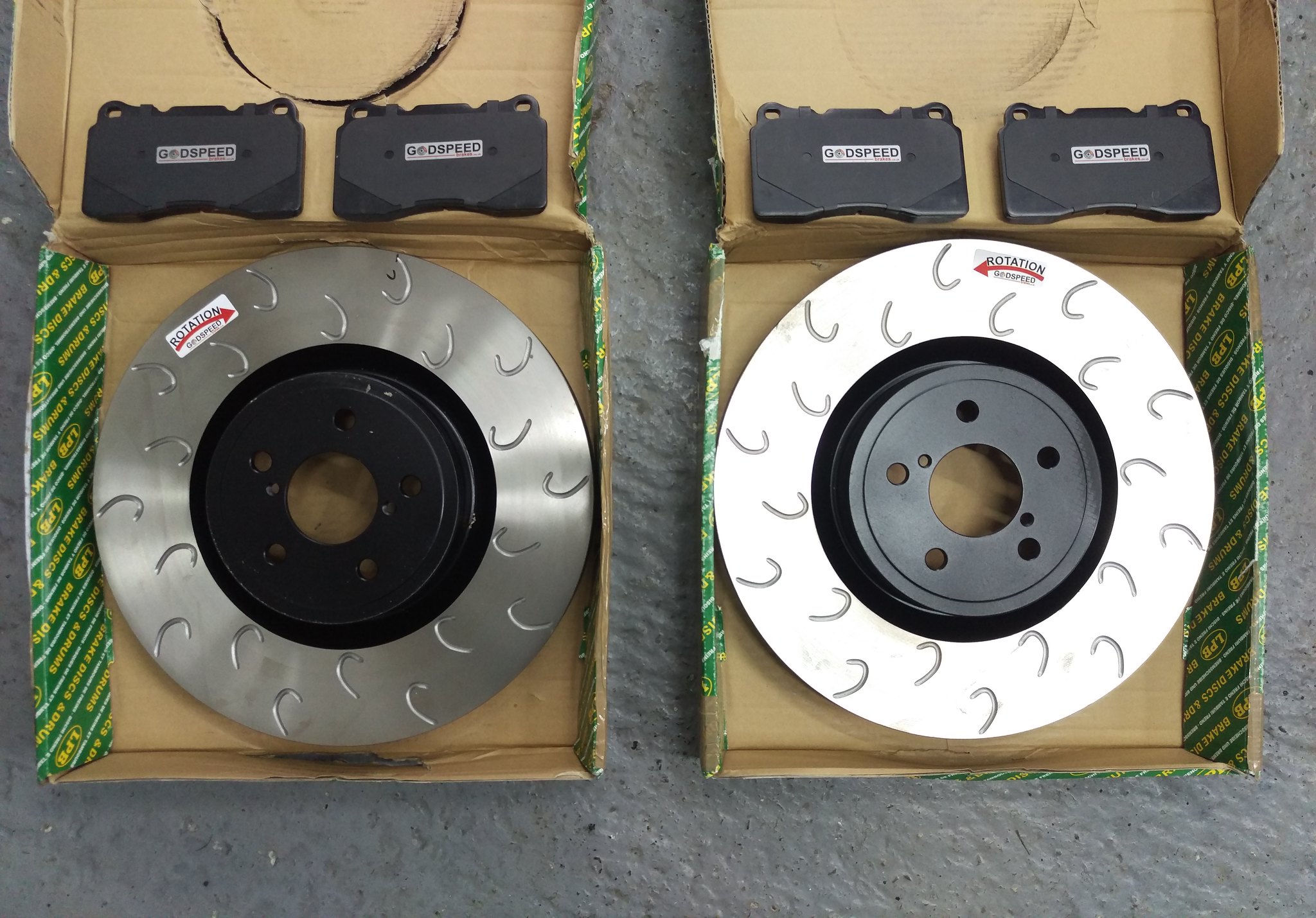 If you’ve seen my previous post you’ll know how well removing the calipers went. Not very. So once I’d repaired the threads in the Brembo calipers as you can see here I was able to actually finish the job of fitting the new discs and pads.

While I had the calipers off the car I took the opportunity to thoroughly clean the inside edges around the seals. 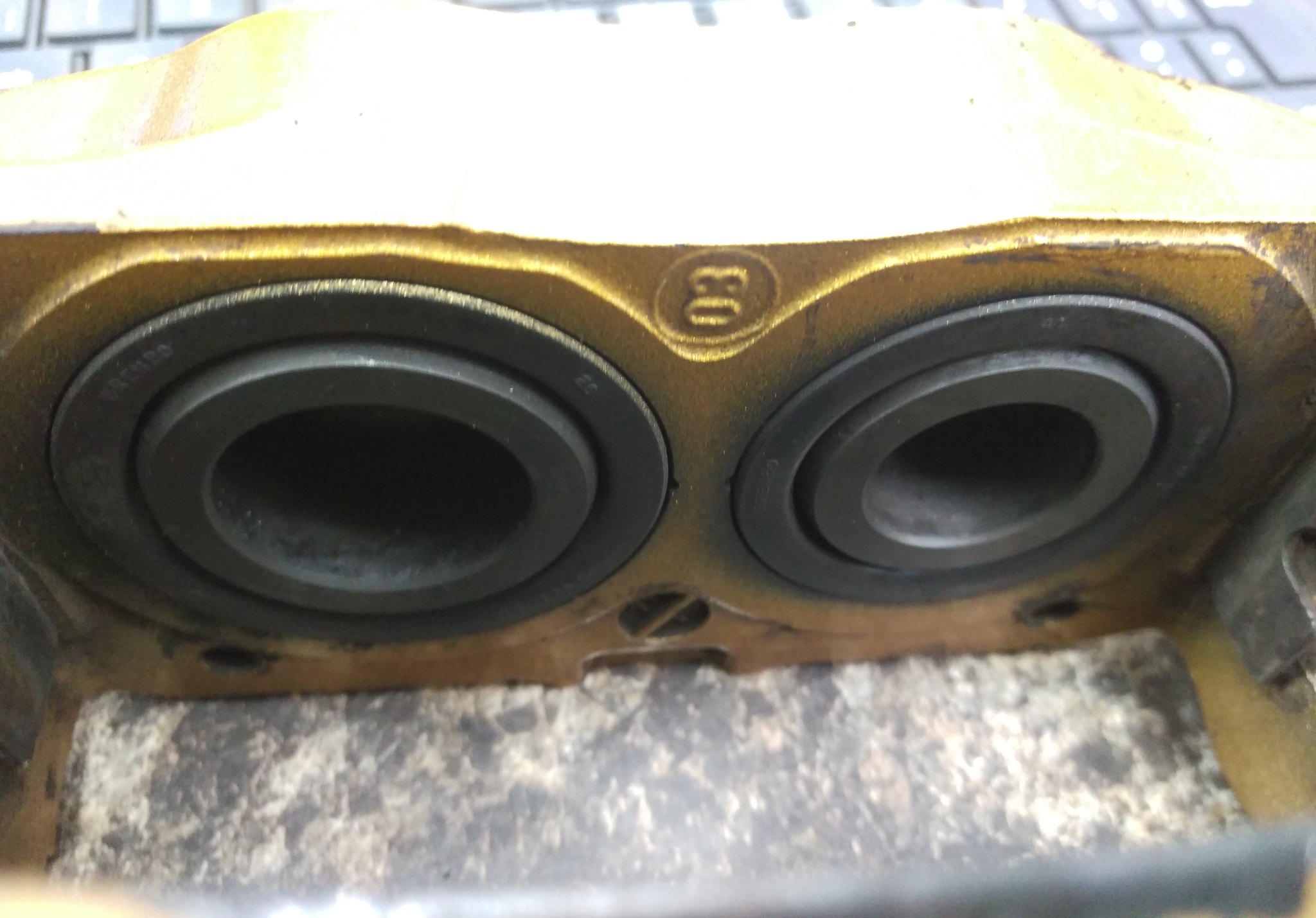 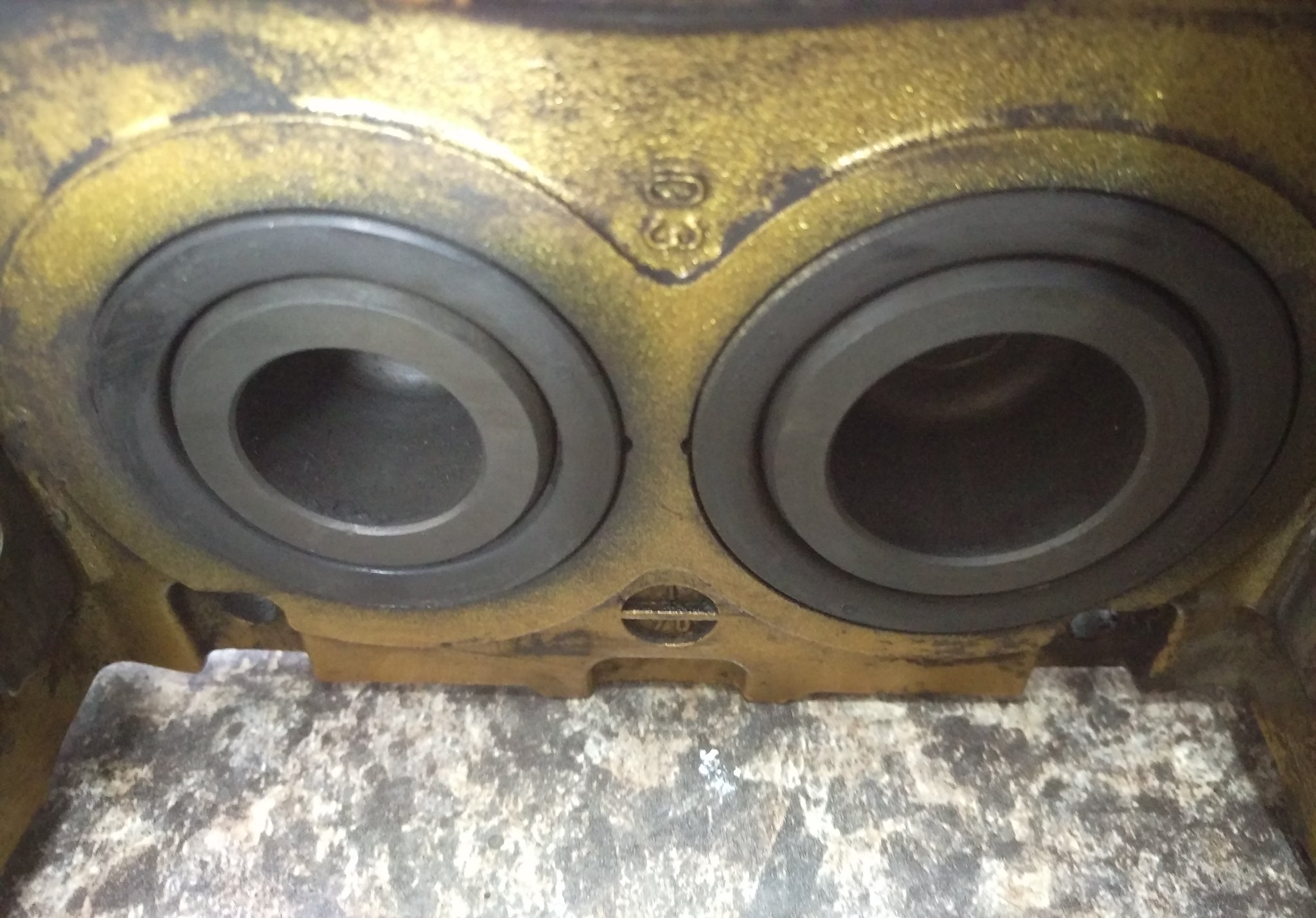 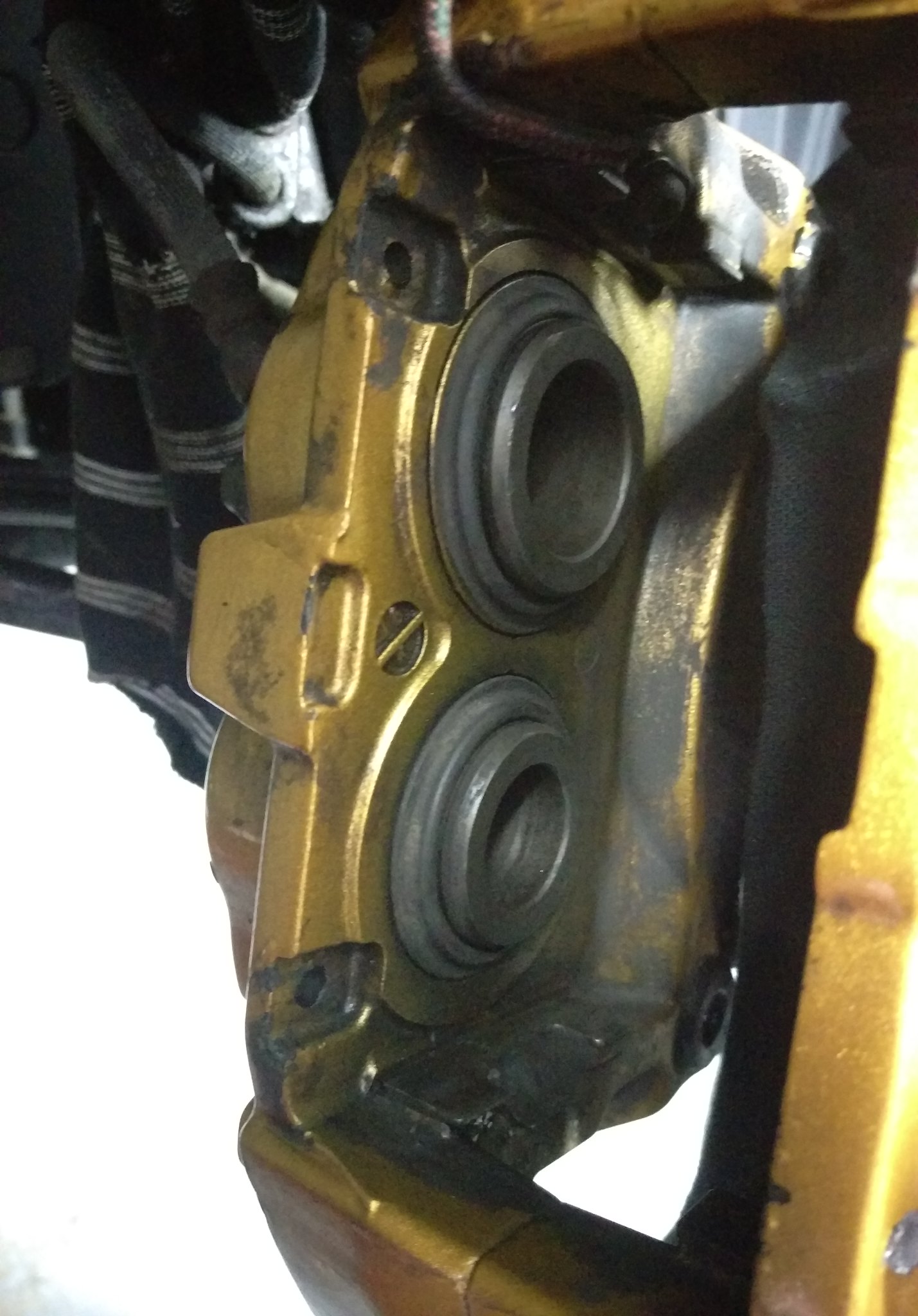 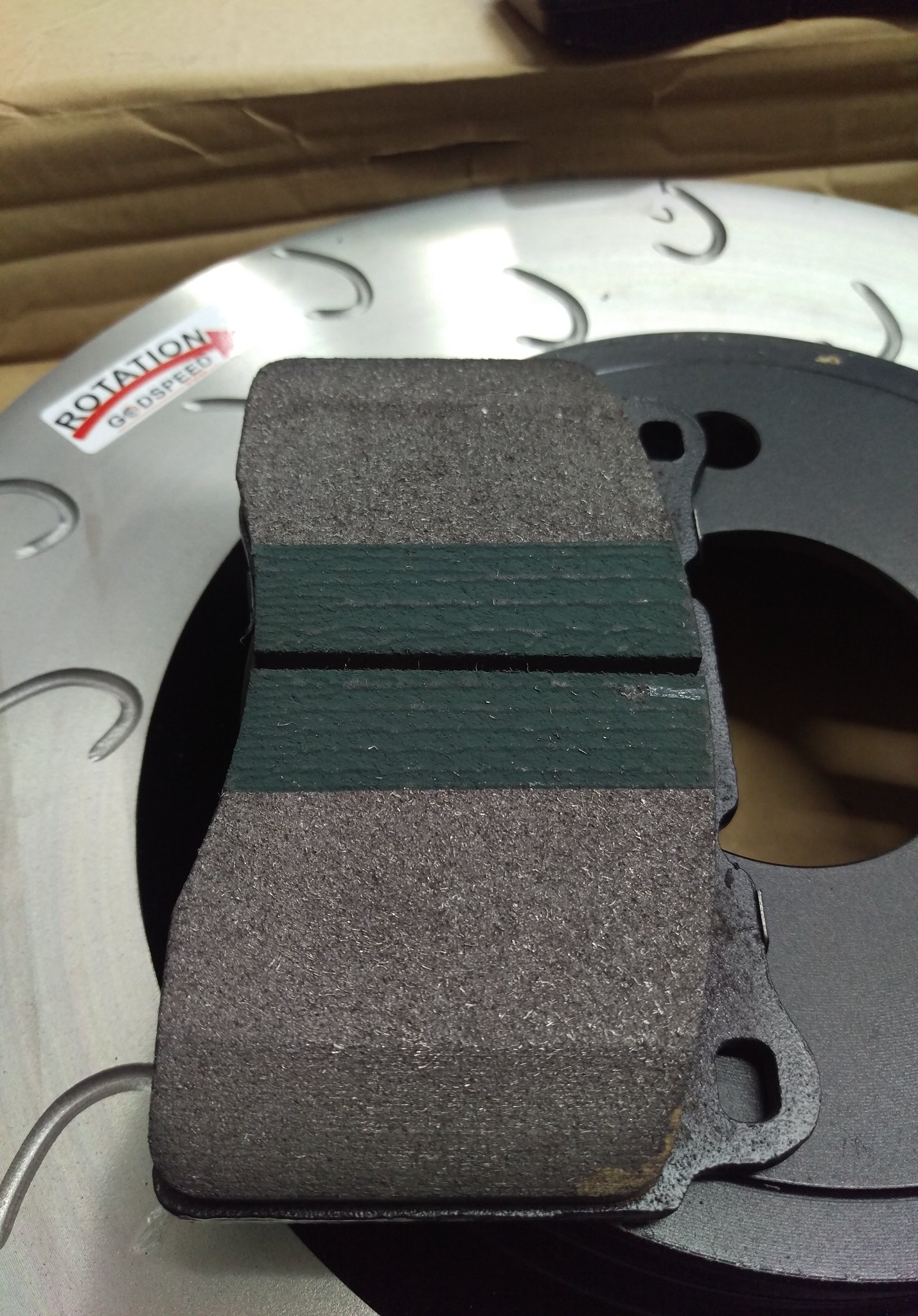 A useful record of the minimum disc thickness 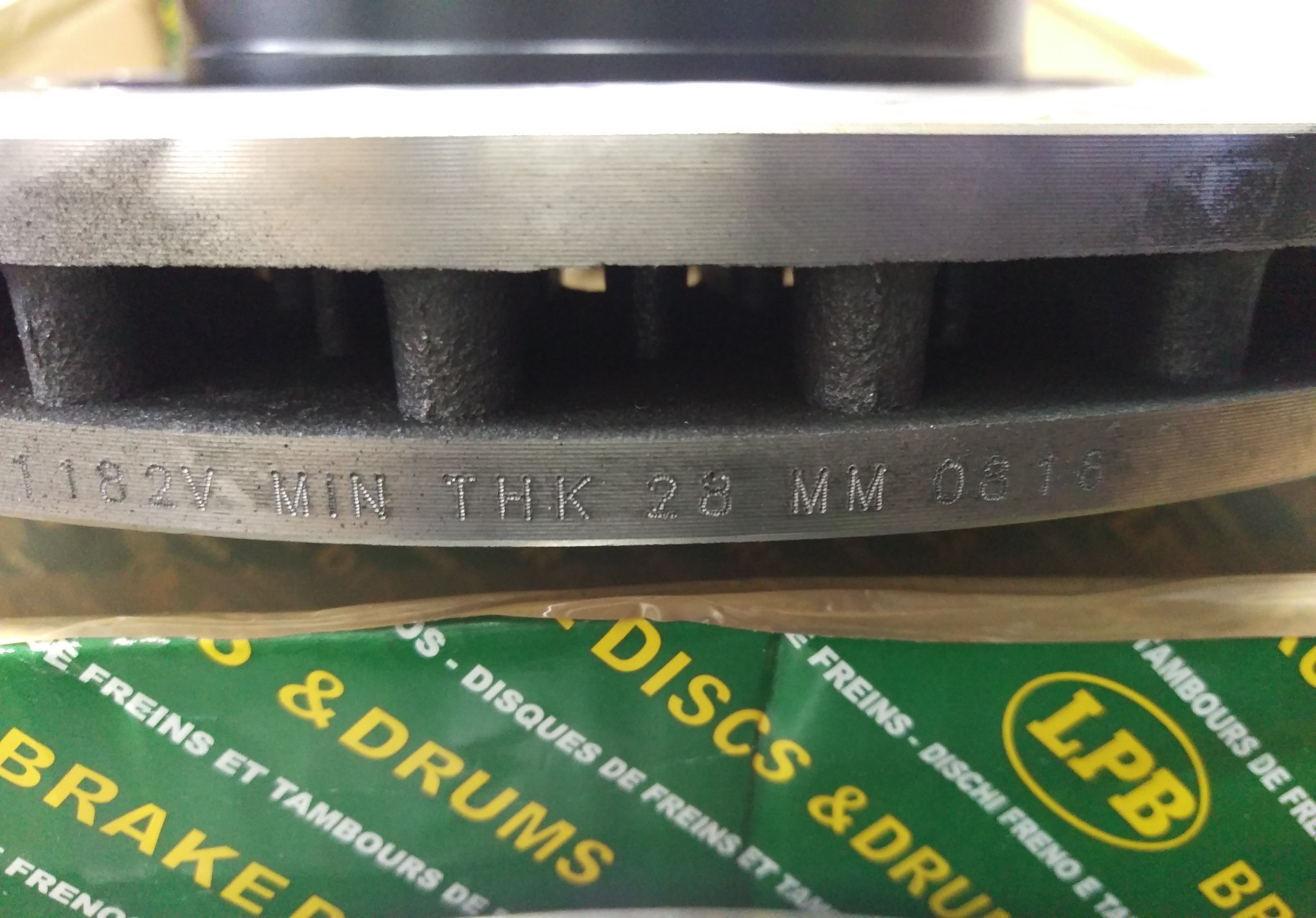 After a thorough clean of the hub face that the disc sits against I applied a layer of copper grease to prevent corrosion that can lead to the disc getting stuck to the hub. 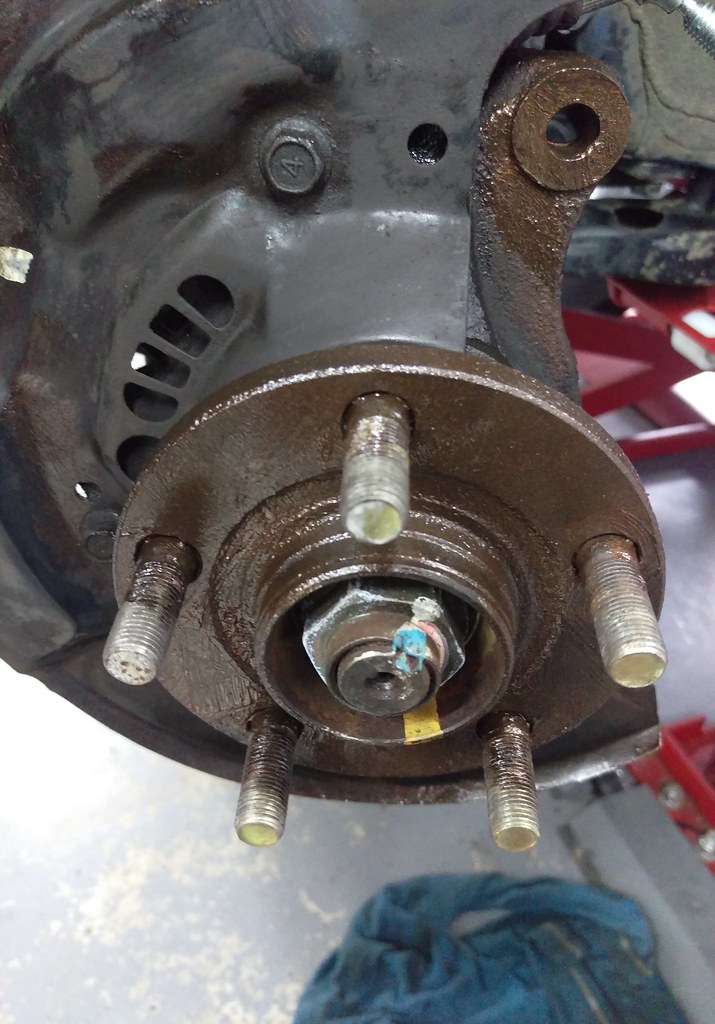 Same on the disc face. 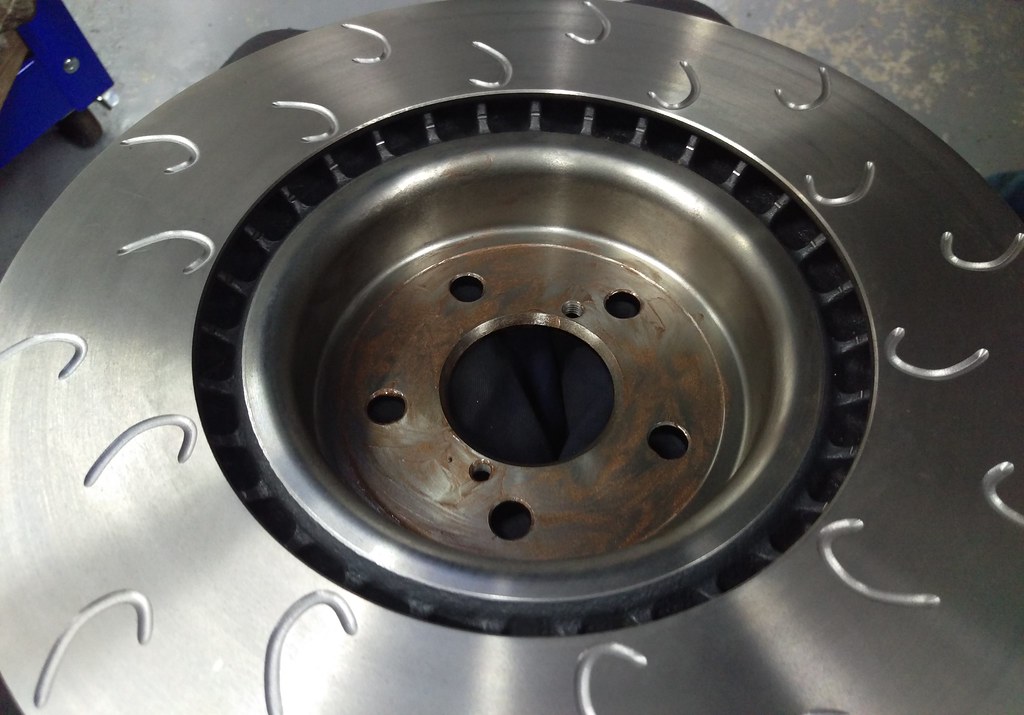 And the other side. 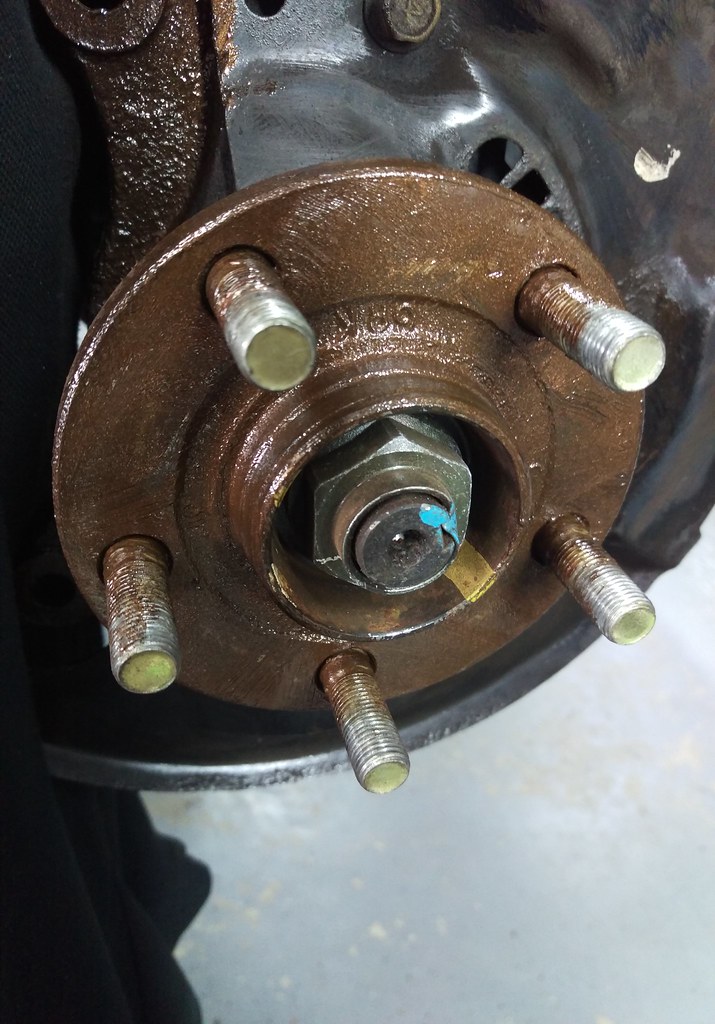 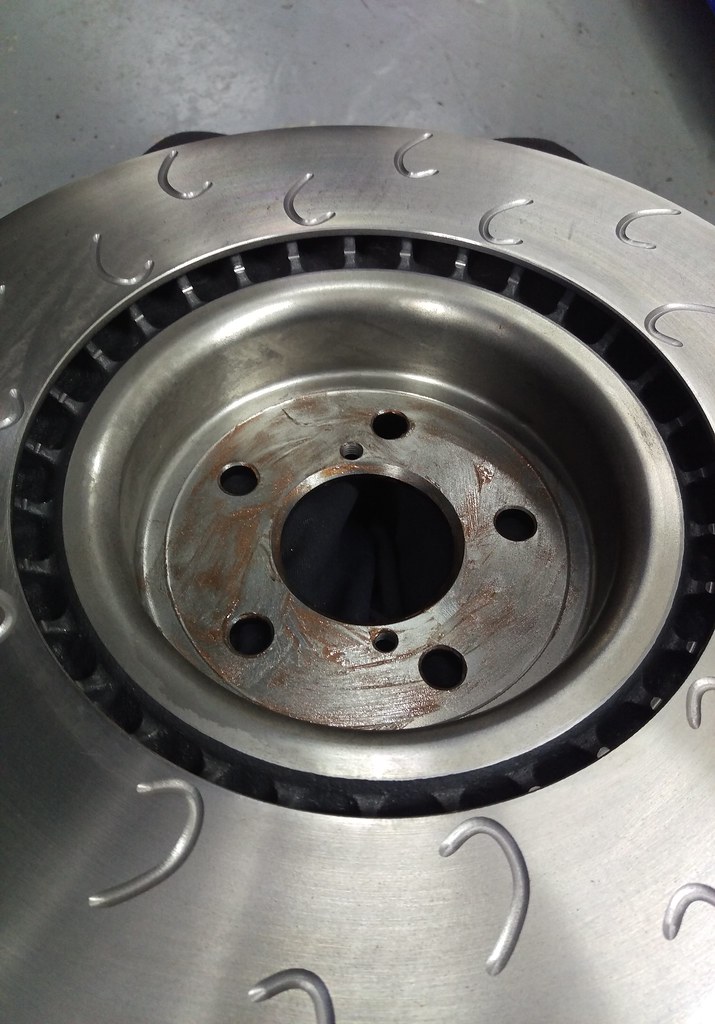 Godspeed kevlar pads. I applied some silicone grease to the back of the pads and shims as this is safe to be in contact with the rubber piston seals. Despite what seems to be often used/recommended, copper grease is not the thing to use here as it can damage the seals. 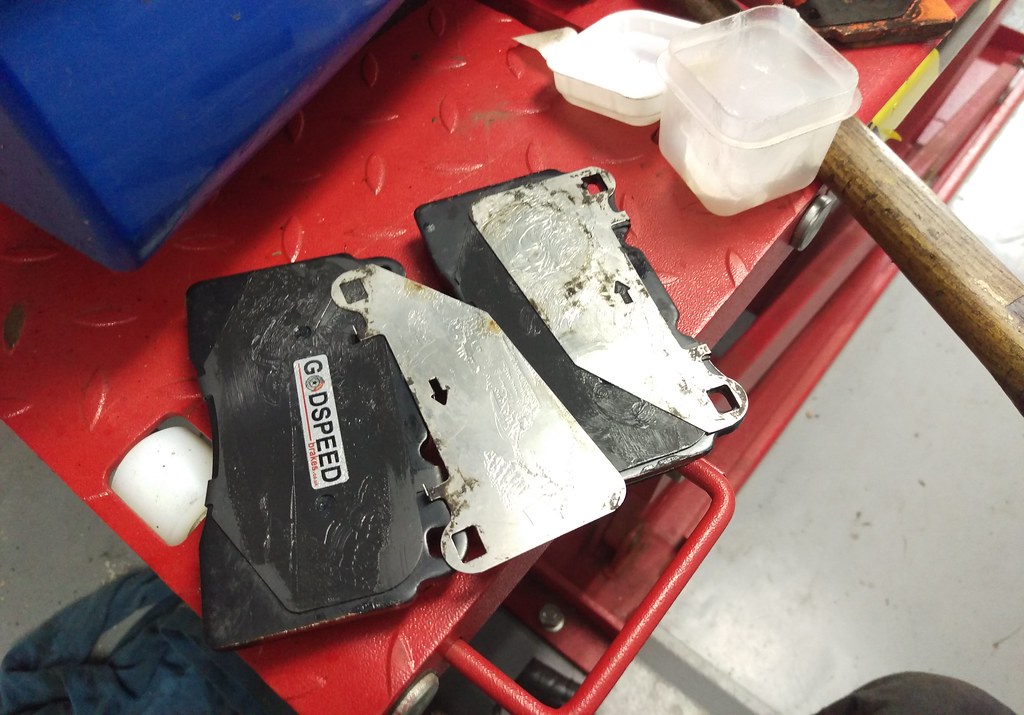 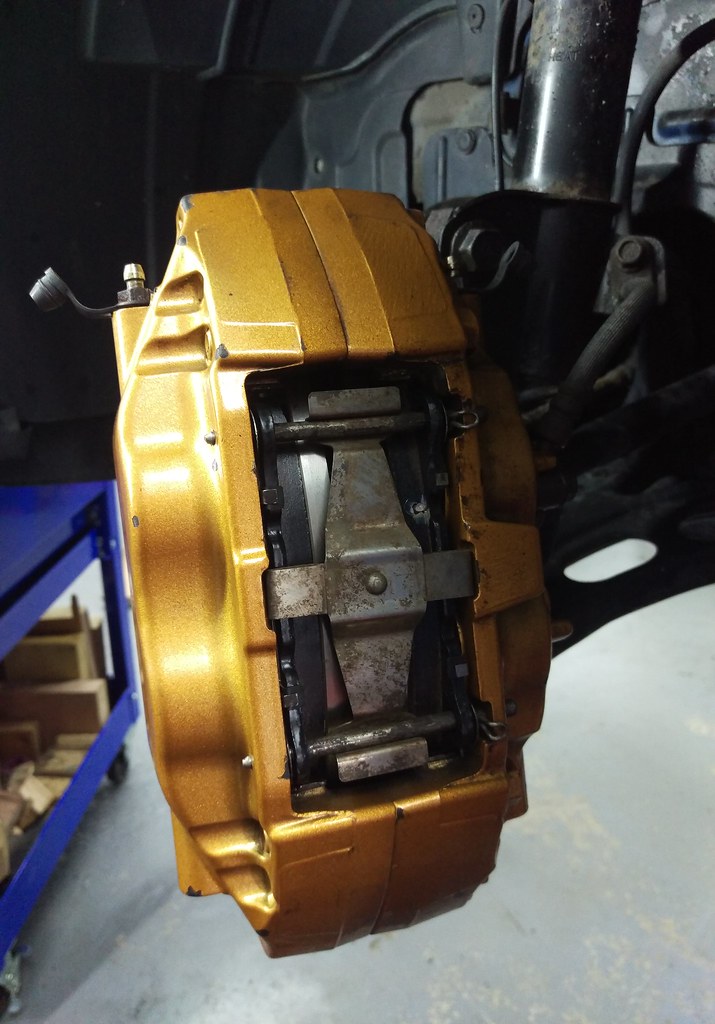 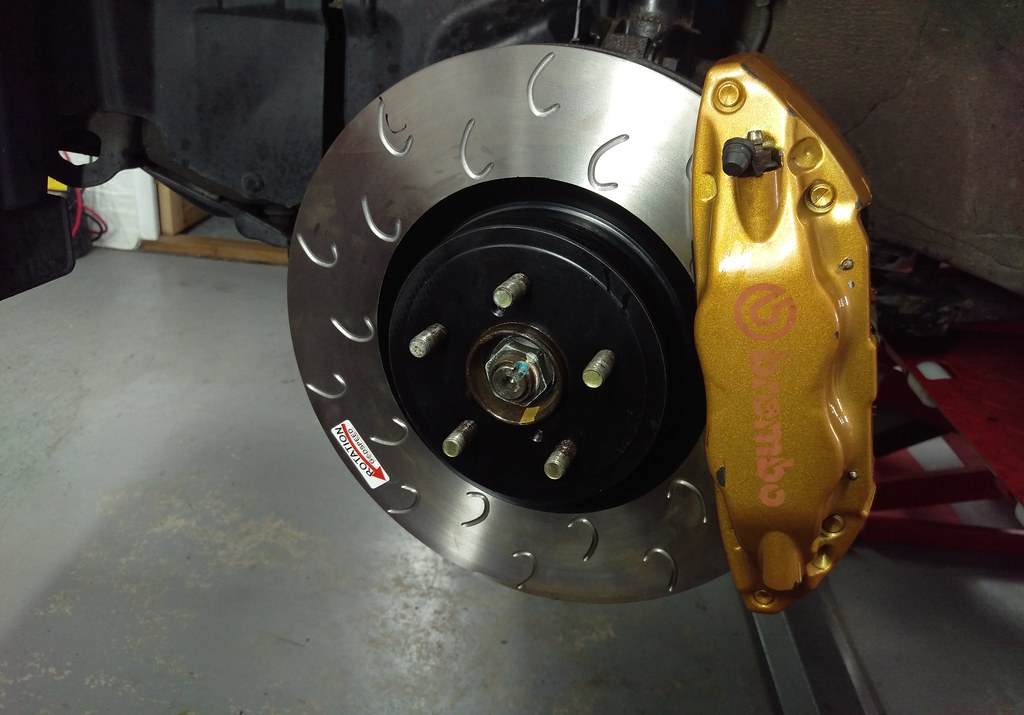 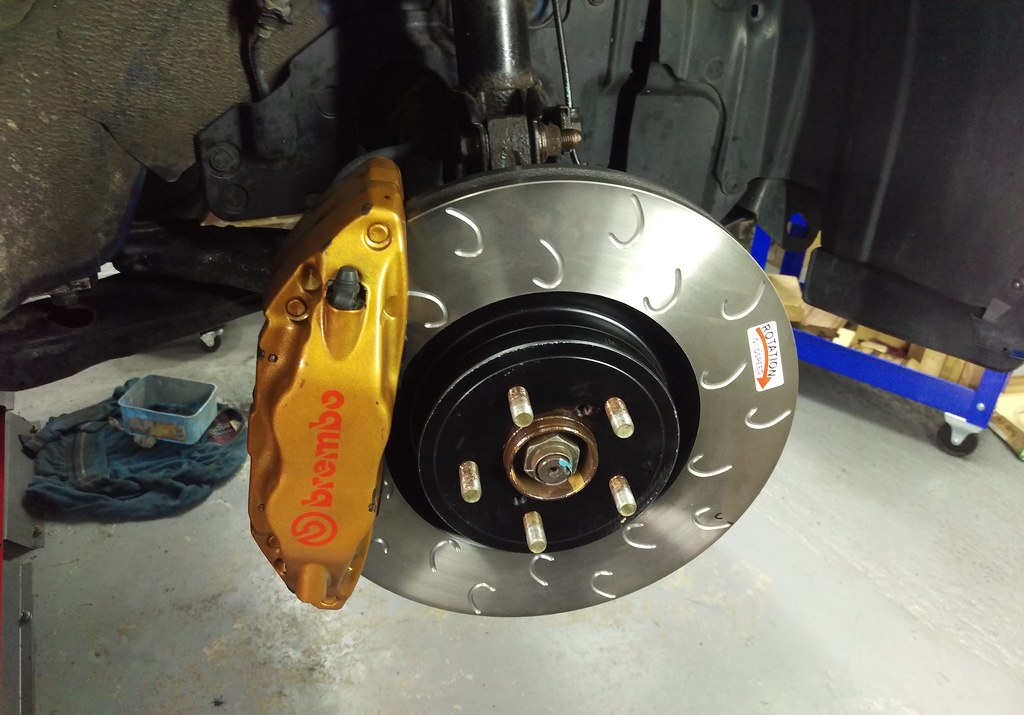 Finally the brakes would need bleeding.

Some tube to attach to the bleed nipple and an old pot to bleed into. I topped up with some fresh ATE Type 200. 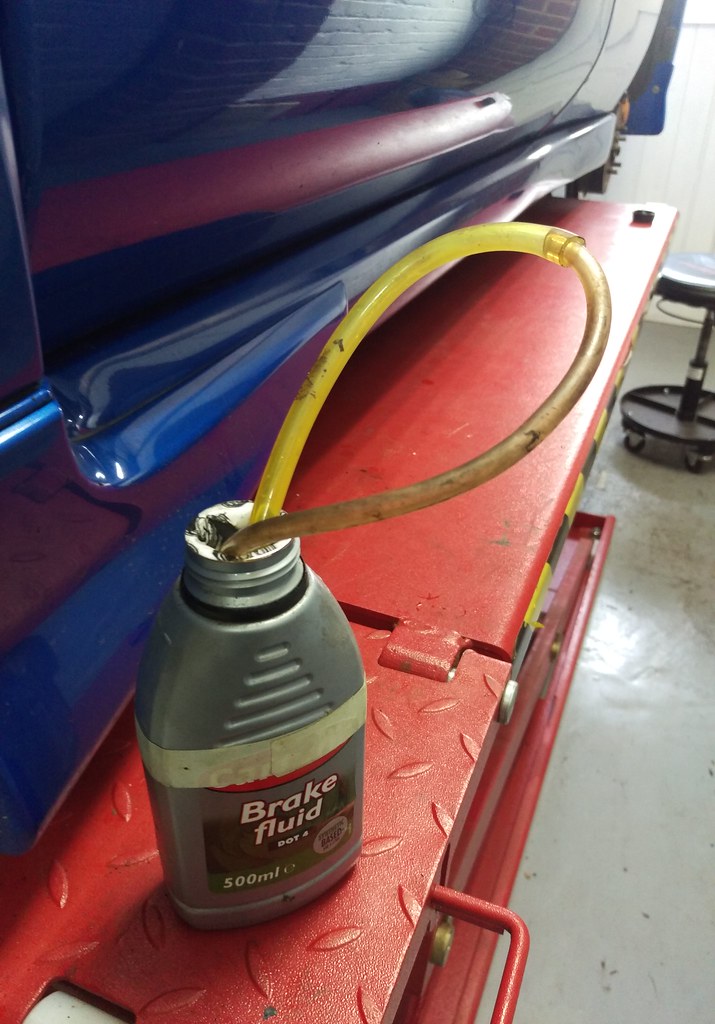 I had to fetch my ‘glamorous assistant’ to do some pedalling… 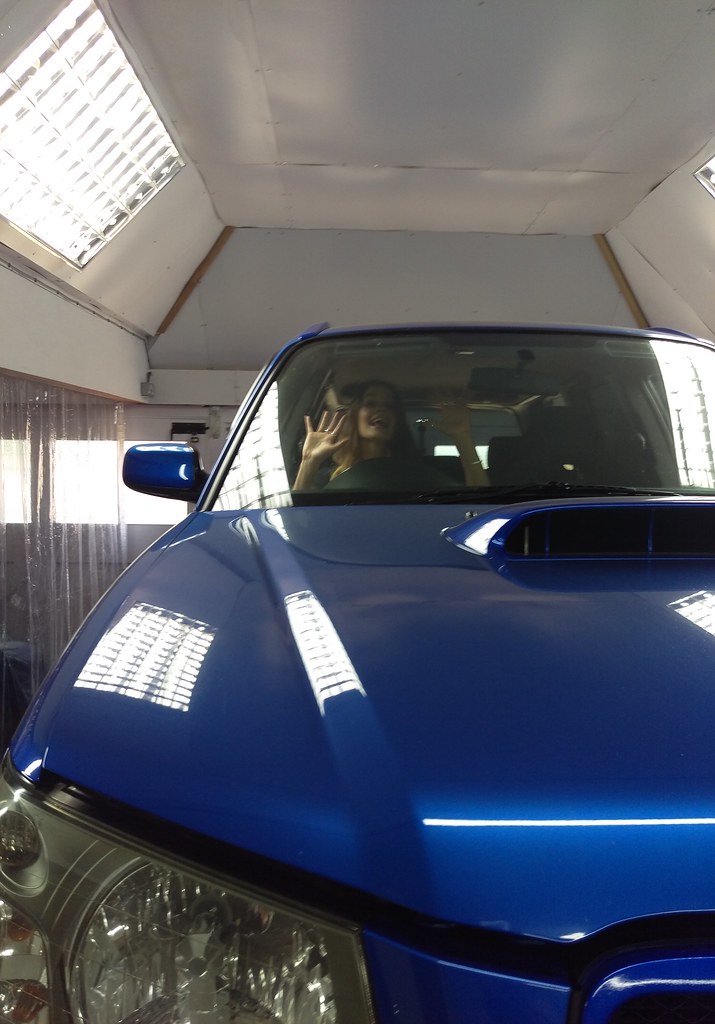 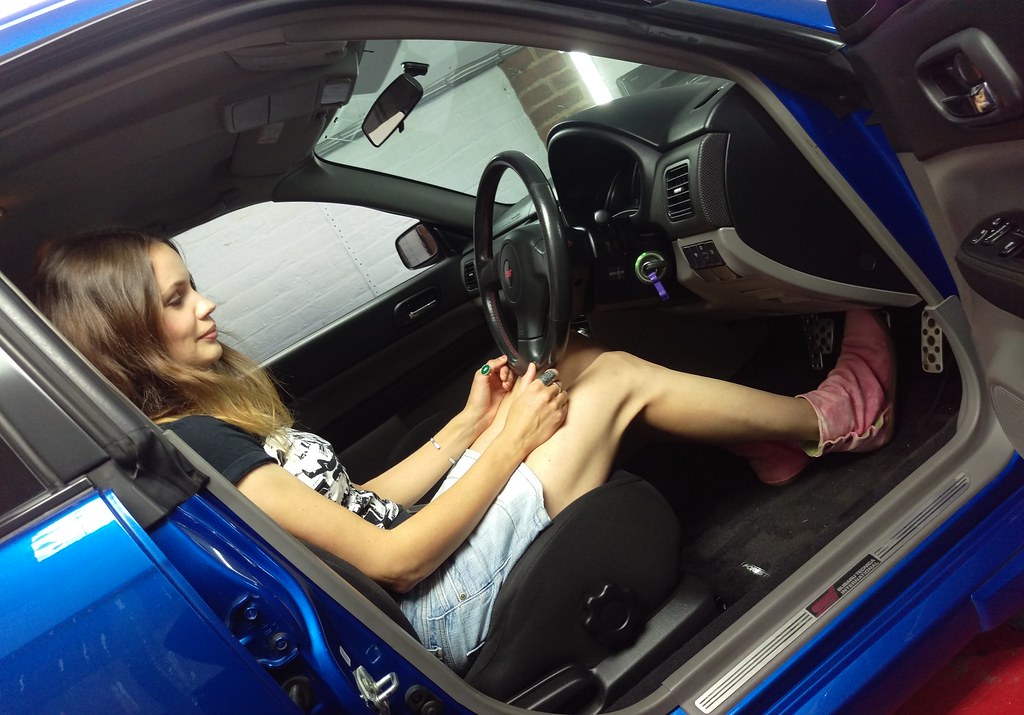 …and that’s another job done. 🙂

The bolt tightening torque values I found for bolts in this job are: