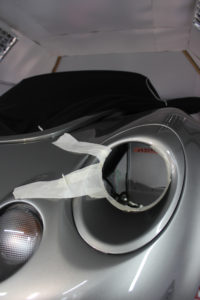 While I had the Elise apart for the suspension refresh I was on the lookout for anything else that might need some attention. I had already noticed the dirt that had got behind the headlamp covers and that one side was letting water in so I was going to have to deal with that. What I hadn’t noticed until removing the inner arches was that both headlamps were no longer attached to the front clam quite as well as they should be, particularly the drivers side that was flapping about held on to the clam with nothing much more than hopes and dreams!

I removed the headlamps and the RH bracket. The LH bracket didn’t want to come off so easy as it had only peeled off on one side So I opted to leave it there and apply some new adhesive where required. The bracket I removed was in good condition with only a few patches of flaky paint and surface rust so no point buying a new one.

A quick rub down and some paint is all it needed. 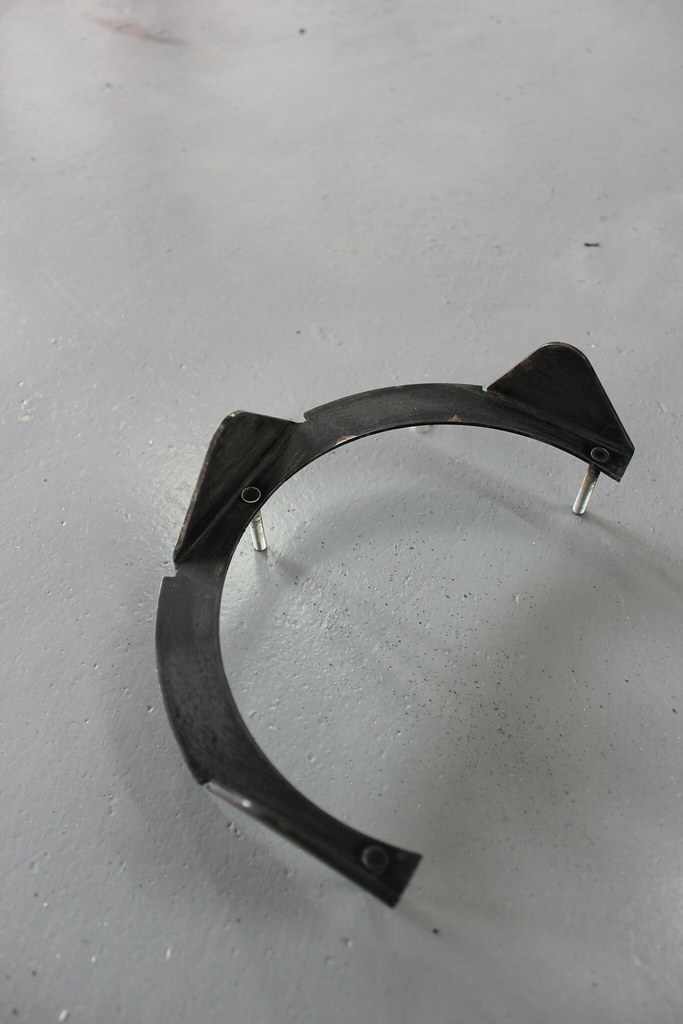 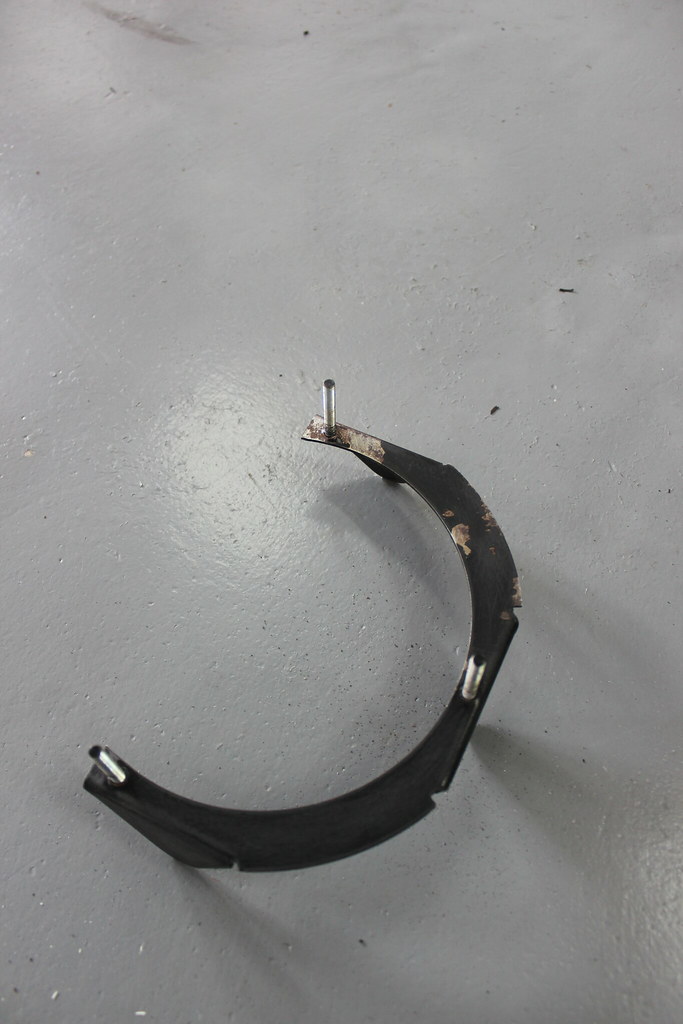 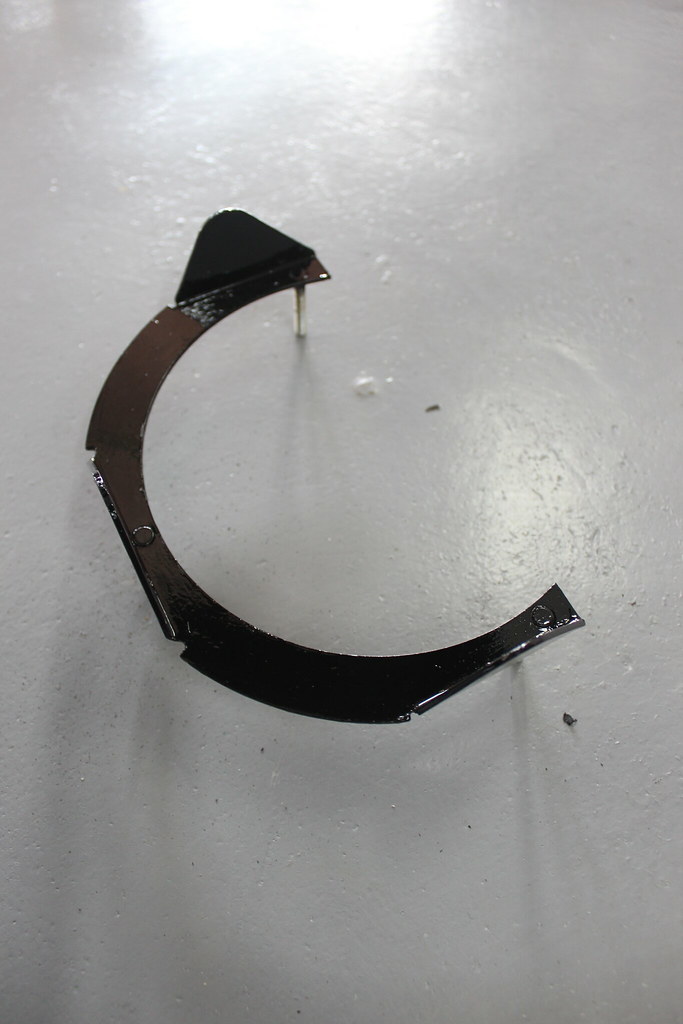 With the paint dry I keyed the surface ready for some Tiger Seal. Apparently this is what they use to fit the headlamp brackets in the Lotus factory. 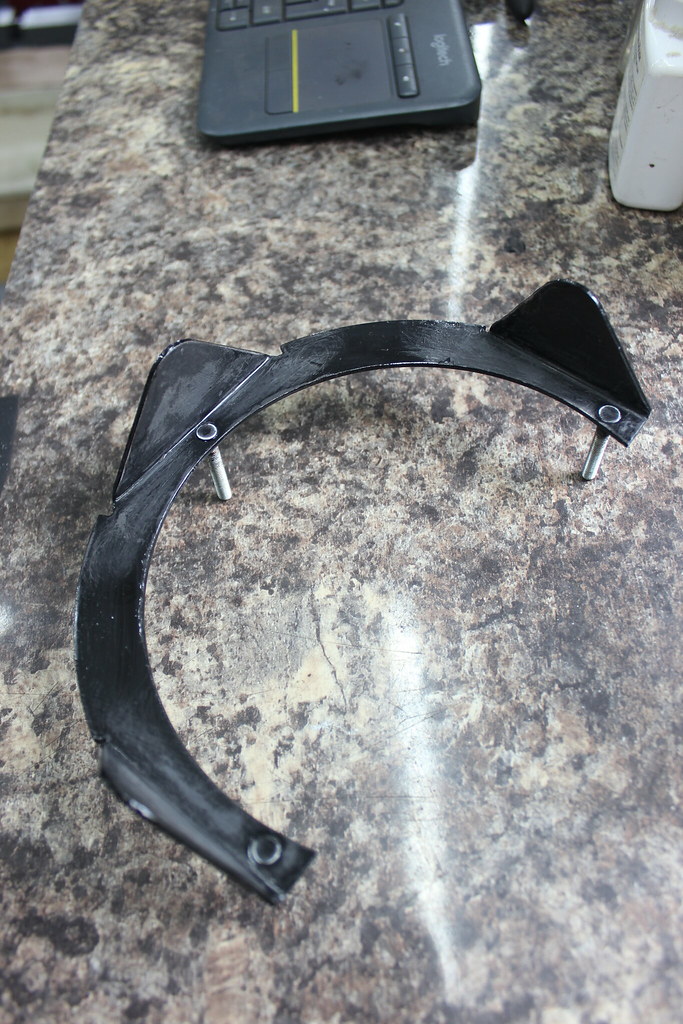 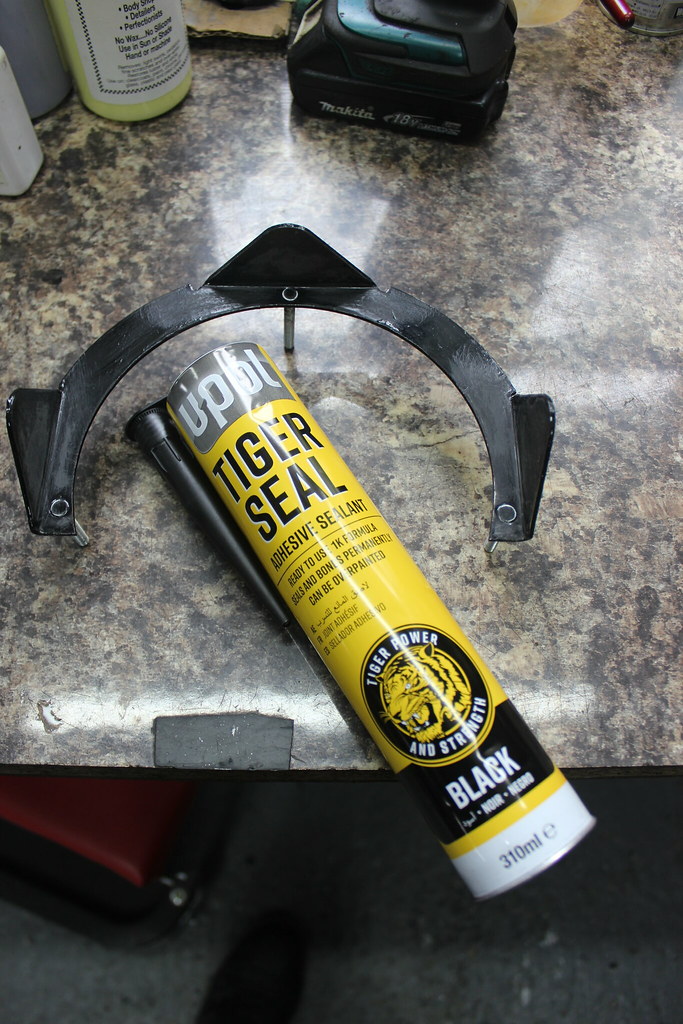 The original adhesive on the clam was stuck nice and strong so I figured I wouldn’t waste time trying to remove it especially as it was already moulded to fit the bracket in the right place. I just applied enough new Tiger Seal to refit the bracket back in the exact same place it came from. 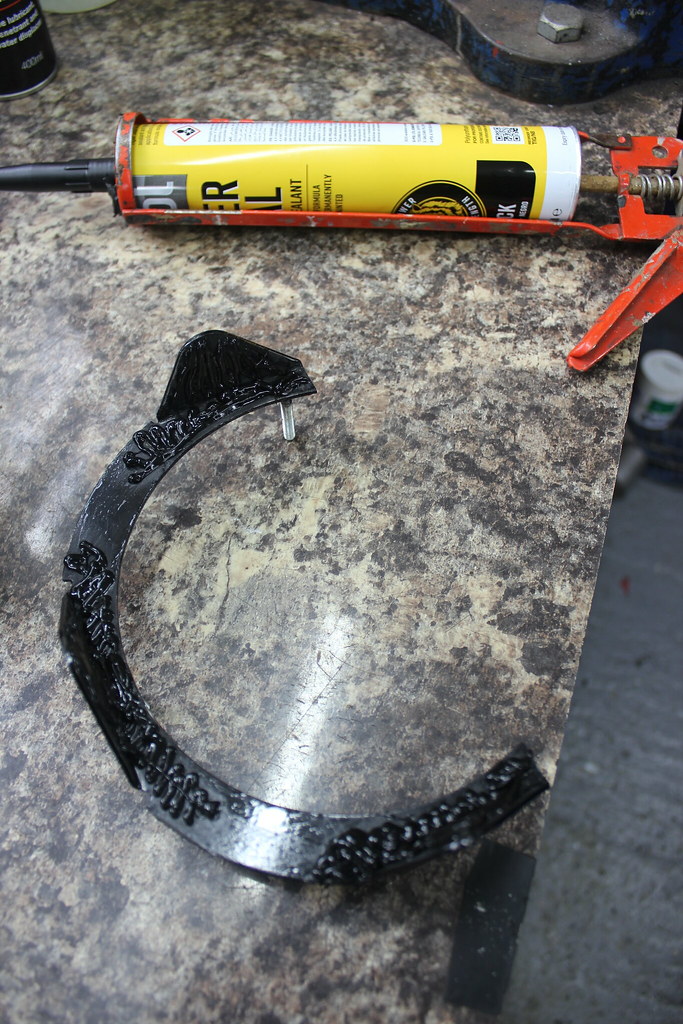 Fitted back in place with some masking tape to hold it there while the Tiger Seal sets. 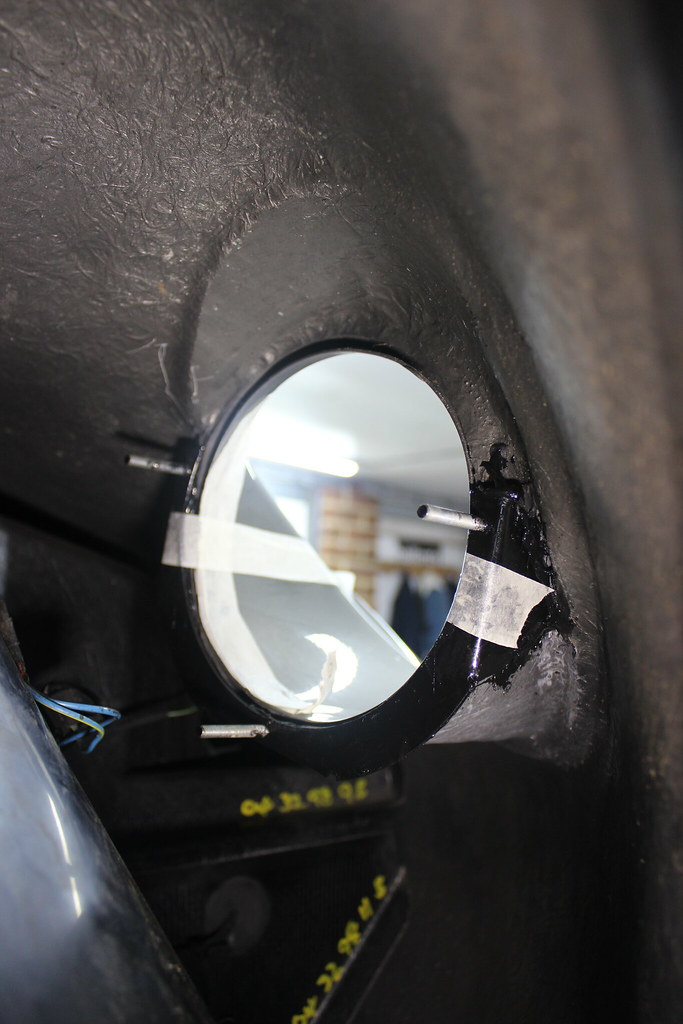 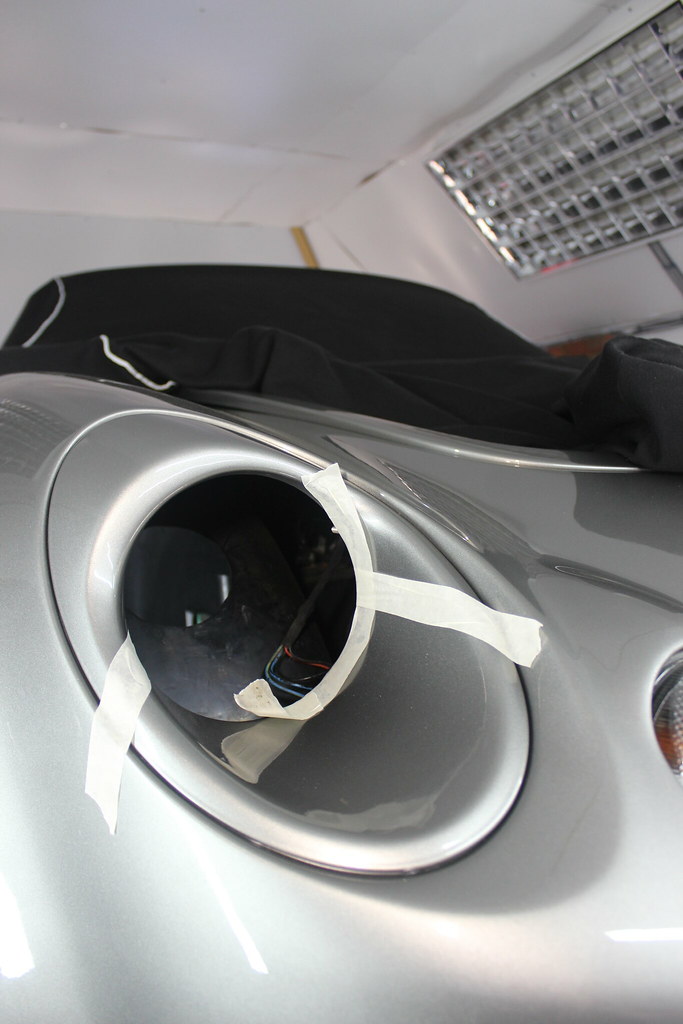 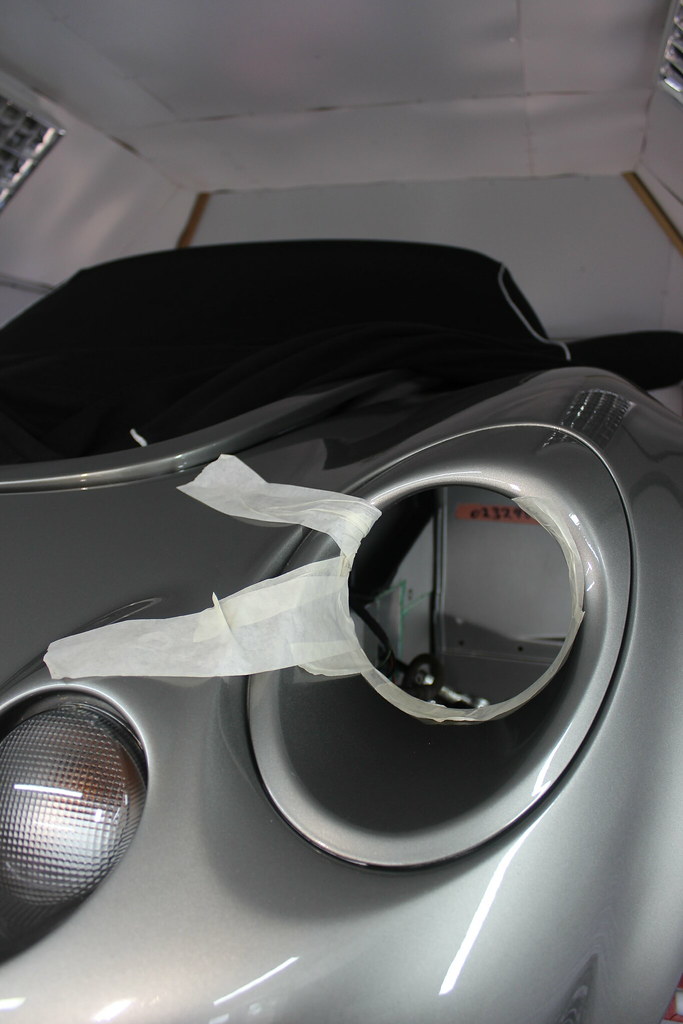 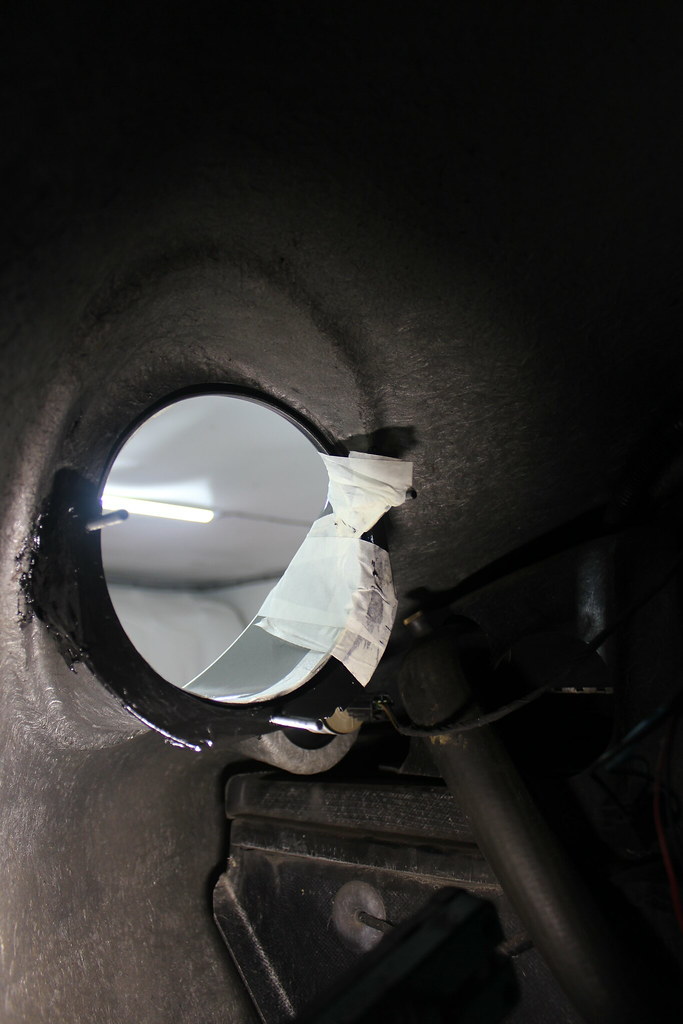 After leaving the Tiger Seal to set overnight I trial fitted the headlamps with some new foam seals to get a closer look at where the dirt must find its way past to end up between the headlamp and headlamp cover. 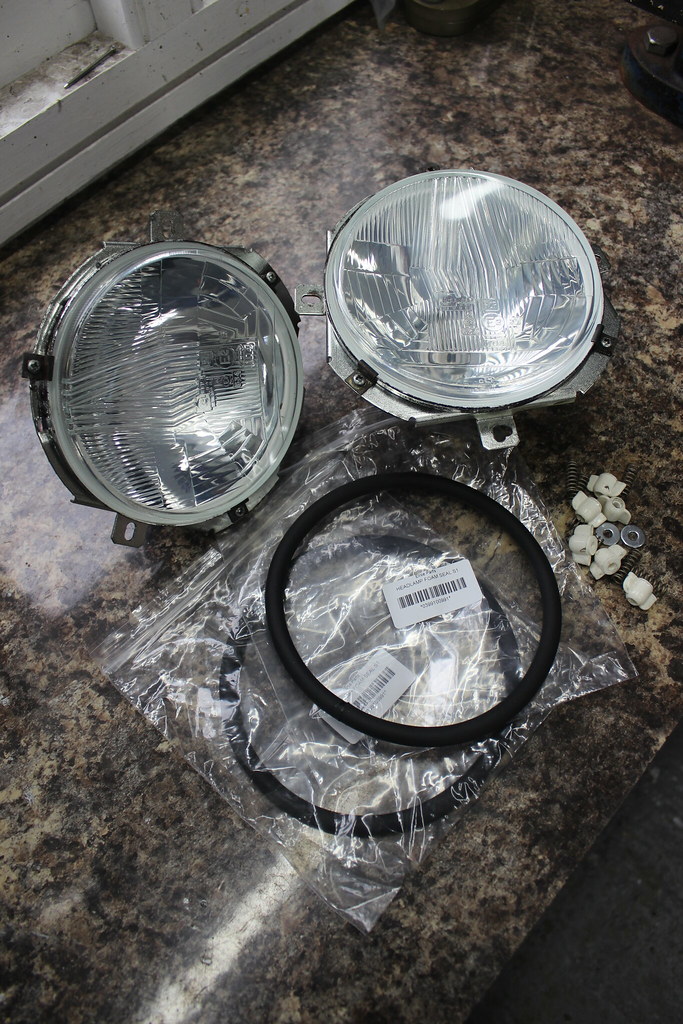 There was a bit of space between the headlamp bracket and clam still so I filled that with a little more Tiger Seal but the most obvious place seemed to be at the top of the headlamp. The foam gasket just didn’t seal the top edge properly.

So I cut some sections from the old foam seals and bonded them in place on the top edge. 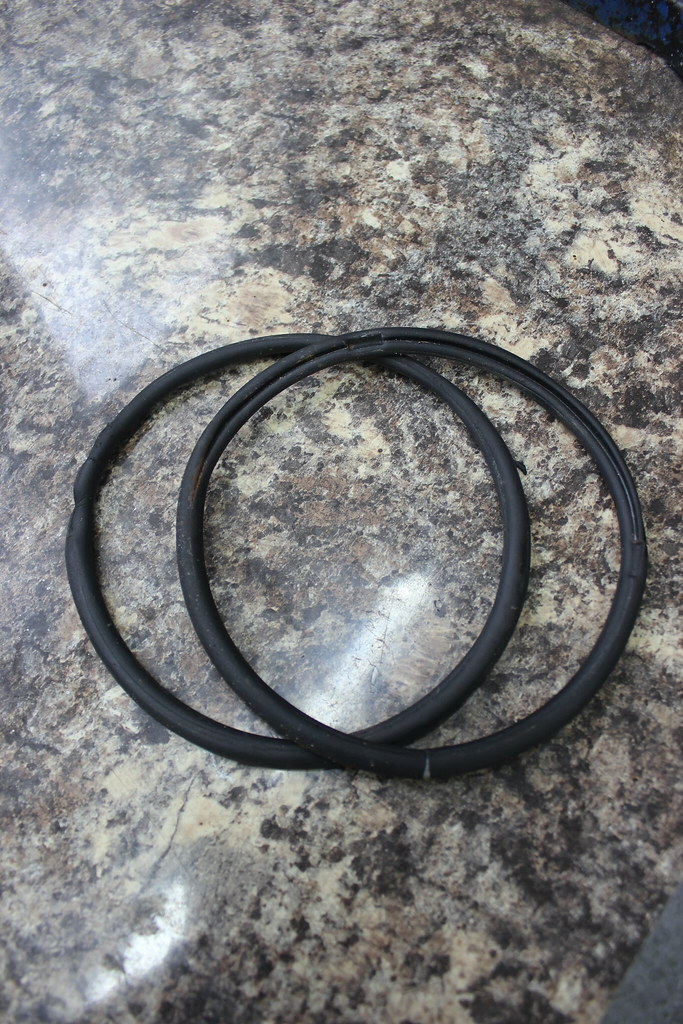 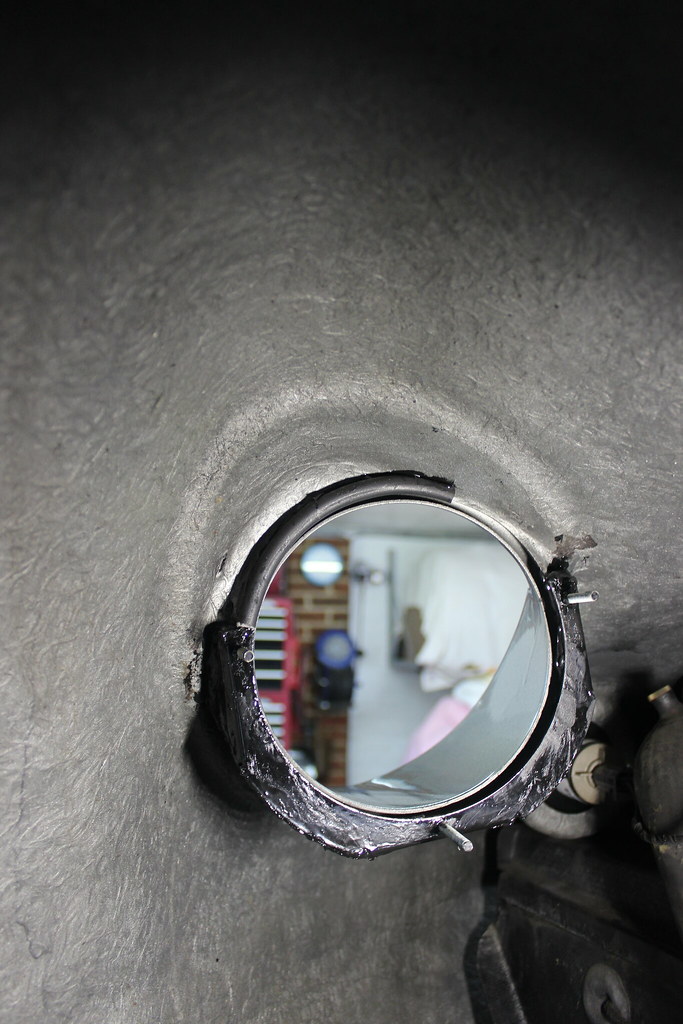 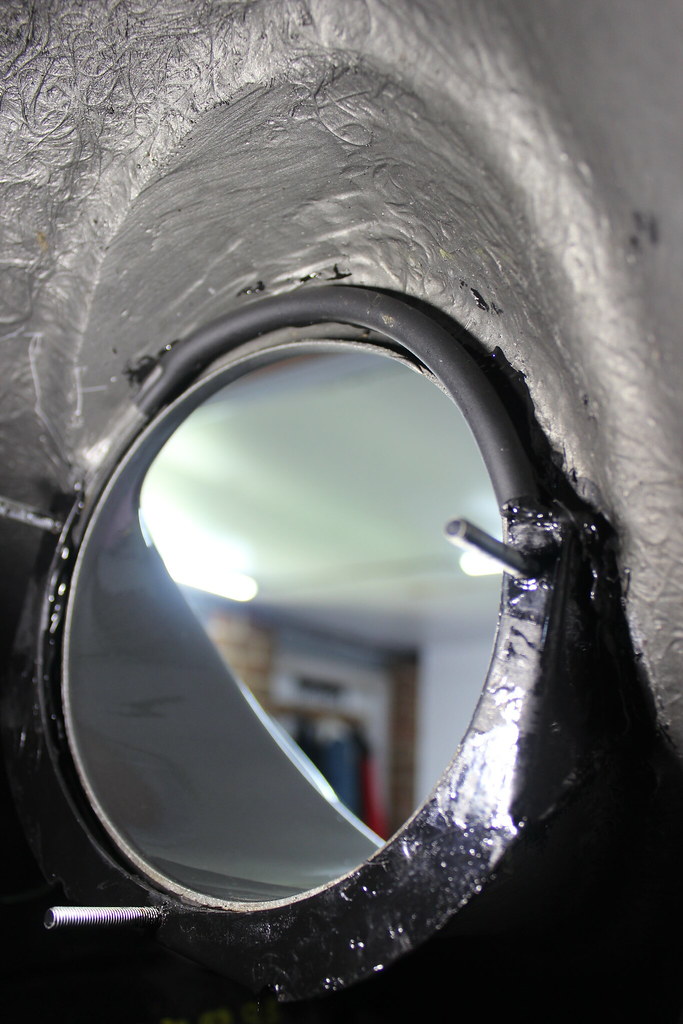 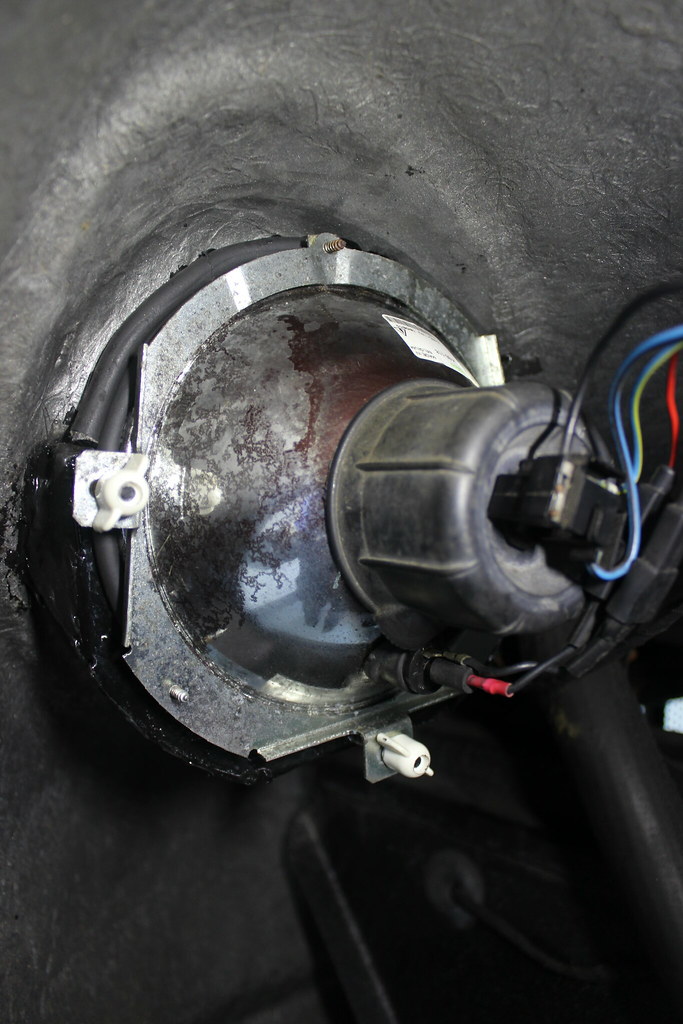 After a fair bit of tightening and loosening and fiddling around with the headlamps positions I finally got them tightened up as centrally as they could be to the not quite circular holes in the clam. They also should now be much better sealed to prevent so much crap getting past them. 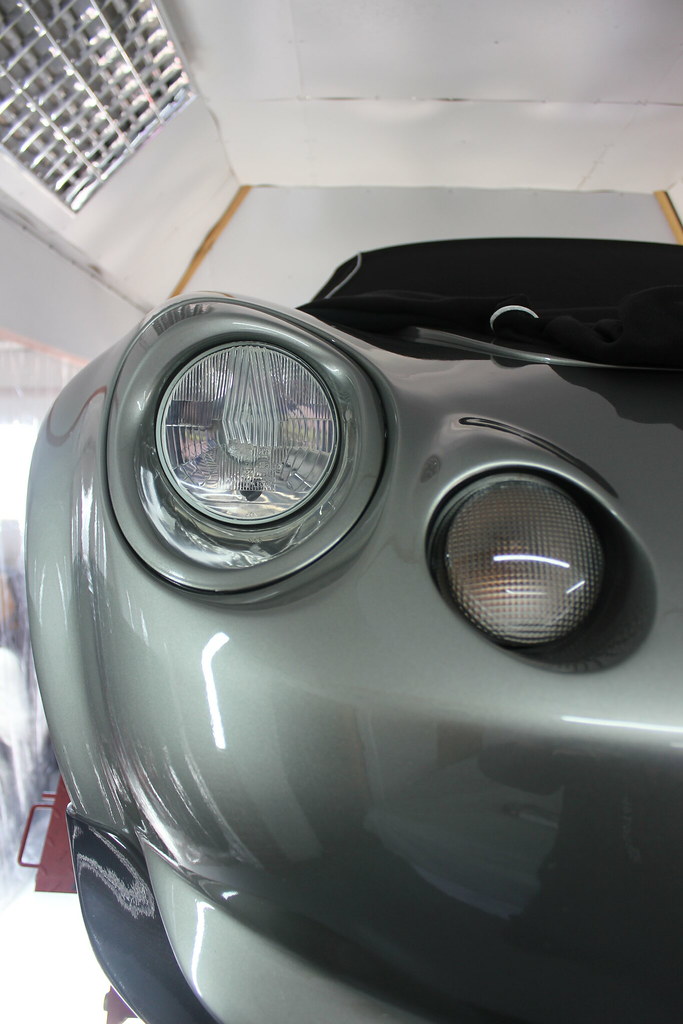 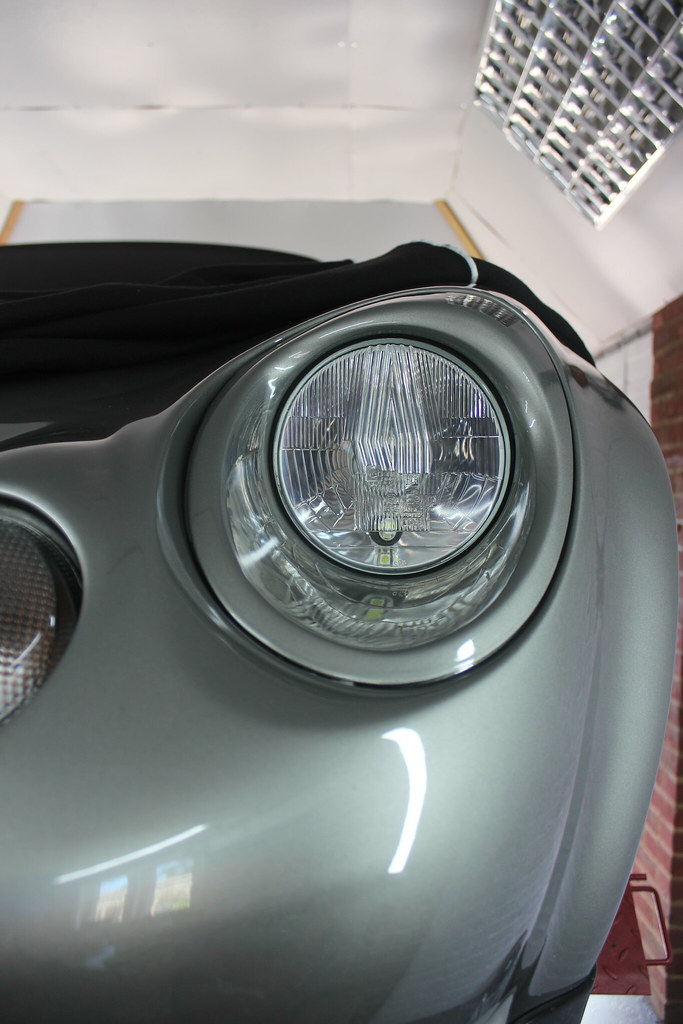 They will no doubt be someway off perfectly aligned but they will get adjusted when tested for MOT.