Made some progress with the DET3.  It’s been a bit slow as I’m just taking one step at a time and trying to always give myself a working state to fall back on if things don’t go well with each progression.

When I eventually remove the MAF I know it will mean replacing the Intake Air Temperature sensor.  This is simple for a stand alone ECU as you can choose anything really and just set the ECU up for whatever you choose.  That applies just the same for the DET3 as you can set the parameters of whatever IAT you use in the DET3 software. The problem comes as the IAT will still be required for the OEM ECU so whatever IAT I use needs to give the same voltage change with temperature back to the OEM ECU as the OEM IAT did.

If I can I tend to go for a try it and see what happens approach so I had a look through my various car spares and found an IAT sensor from a 1.6 Rover K-Series that came off the old plastic intake manifold that was on my Mini.

I borrowed the greenhouse thermometer to check the temperature that the DET3 showed was about right. 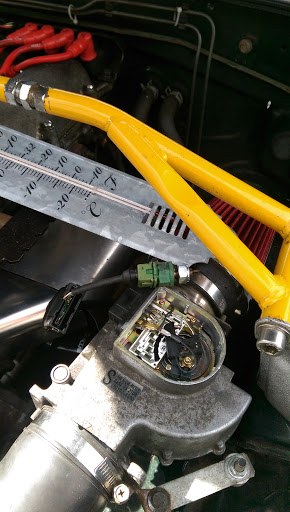 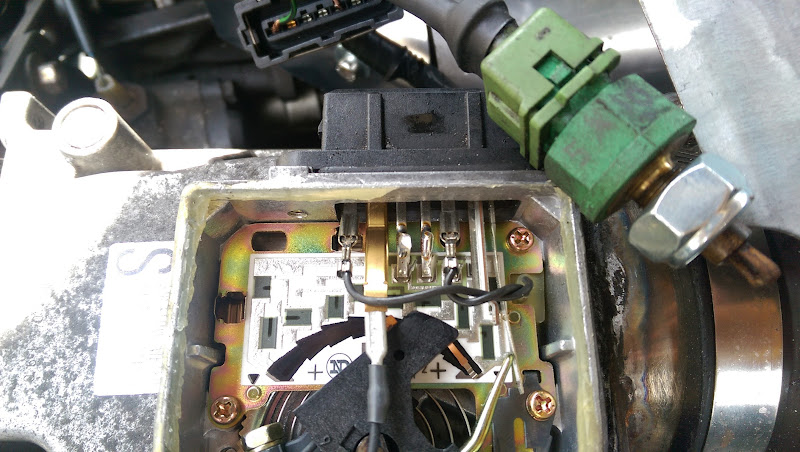 With the DET3 log running I could record the IAT temp value when switching between both sensors. If there was a huge step between the two then I’d obviously need to look for something different. At most there was a 0.5 degree difference between the two sensors.  Not a bad start but they could still have very different resistances in either direction or even be the inverse of each other. I heated them both and they both changed the same so it looked like it might actually work.

I wired the K-Series IAT in and went for a drive. 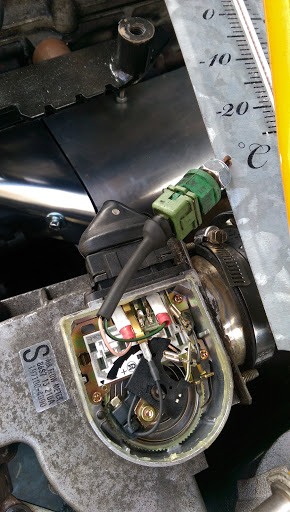 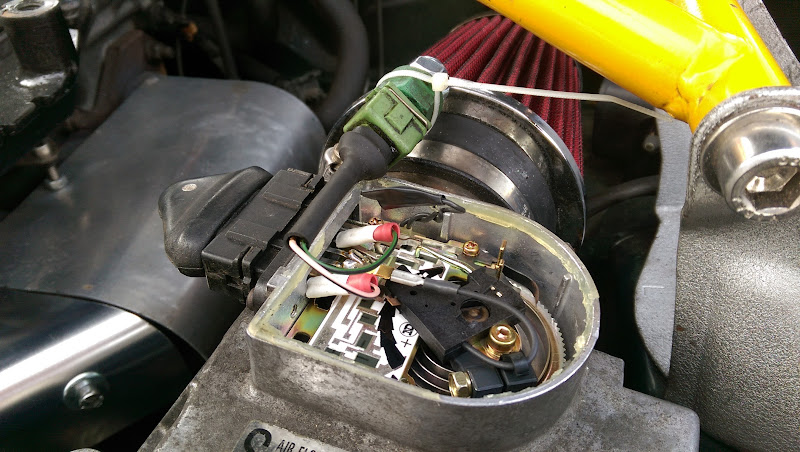 Car drove fine and the log showed just the same temperature variation during running as logged with the OEM IAT. Win!!!   Either I’ve been pretty lucky or most IAT sensors give the same kind of resistance/temperature profile. Either way that was nice and easy.