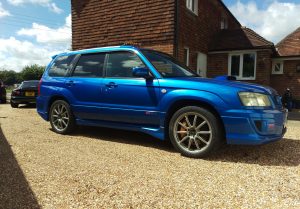 So you’d think by the time we’d come to an agreement and decided not to buy the car we’d have had enough of Foresters or anything to do with cars for that matter! But the story doesn’t end there…. Read the first half of this story here.

…..We could have just cancelled our second night in the hotel, hired a car and gone home. There was no point staying as we had no car to get around, we were not feeling particularly jolly holidays about our situation plus we were so tired after the previous days events and having no sleep at all. But Jem had an idea, maybe we could find another Forester STI to look at nearby or on the way home so we’d get something out of travelling all the way to Devon, maybe even still go home with a car.

That sounded like a plan to me so we both started trawling eBay and Pistonheads. There aren’t that many Forester STI’s in the UK so obviously not many for sale especially when we were narrowing our search by looking for a pre-facelifted, WR Blue, less than 80k miles examples.

But there was one being sold privately by a guy called Leighton. He was the only UK owner and had had the car for less than 2 years having bought it from an importer in Kent. The car was in Wales though so not really on the way home but about 4 hours away from where we were in Devon. I called Leighton and he was available all day so we decided to try and get to him as soon as we could and get a look at the car, after that we’d figure out what to do next depending on the car.

So we’d need a rental car now and quickly so, while I was in contact with the importer of the car I didn’t buy to get my money refunded, Jem booked a ‘medium size’ rental car from the nearest Enterprise through their website. Two minutes later she got a call saying they didn’t have any available (why let us book one if th….anyway). Jem explained we really needed something right away and the guy from Enterprise asked how many of us there were. Jem told him just two of us so the guy went off to find out about another option. We both thought oh maybe they have some fun two seater available which might brighten up our day.
The guy came back on the line “we have a small van available would that be ok?”. Oh well, anything will do so we booked the van.

We went and checked out of the hotel though we couldn’t get a refund on the room for that night. We got a taxi to Enterprise, which they paid for, and picked up our transport for the next couple of days. A slightly ropey Renault van with no air con on a really hot day for a four hour drive to Wales. We got to Leighton’s house by about 4 and he welcomed us in and made us a cup of tea which we were really in need of by then. It was very nice to be met by a friendly guy like Leighton as we didn’t have the energy for an awkward car viewing by then.

Next we went and had a look over the car and took it for a drive in the Brecon Beacons. I was pretty happy with it and pleasantly surprised at how good condition it was in underneath. I had a feeling I might want to buy it so talked a little about price and how we might sort the money out. Leighton didn’t do internet banking so we’d have to do a transfer in a branch. It was now around 6pm so if I was going to buy it it would have to be the next day.

So now we’d need to find somewhere to stay the night, ideally as close as possible and cheap as we’d only be there to sleep. Back on to our phones on Booking.com and we found a place for £70, 45 minutes away. So I got driving there while Jem booked it on her phone. 10 minutes into driving there she got a call saying there were no rooms available and they shouldn’t have been advertised on Booking.com at all. Not this again!!! Time to find somewhere else but now places were beginning get booked up so we picked a place for £75 in Merthyr Tydfil which was now an hour away from Leighton’s house. Eventually we got there and we couldn’t find the car park so pulled up nearby. The receptionist pointed us toward the car park which we could see from where we’d stopped but now had to do a 10 minute round trip through the one way system to get there! We went up to our room and it was immediately apparent why it was the cheapest option available. It had clearly not been decorated since the 80’s. It was clean, spacious and comfortable though so we had no complaints. We then sat down and ate the pasties we’d bought when we stopped for lunch. I now regretted my choice of steak Ginsters and chocolate milkshake that had since spent 5 hours rolling around on the floor of a very hot van. Plus we were now agonising over whether or not I wanted to buy this car because it was the right car, or because I just wanted a car now and almost anything would do. After a not so great nights sleep we were up and on our way early. I was still keen on the car so we’d plan on driving home in it. After arriving at Leighton’s we agreed a price and went to make a bank transfer in the nearest branch which was now 40 minutes away as they’d recently closed the local one. Sounds about right for the way everything else had gone so far. We went back to Leighton’s, did all the transfer and tax online and got it insured and Jem got to drive the Forester first as only I could drive the rental van to drop it off at the nearest Enterprise. Then I got to drive our new Forester STI home.

We got home late that Wednesday evening and realised we’d not had one second of spare time since we left home at 7 on the Monday morning. We’d been completely consumed by the whole ordeal, hardly had any sleep, not really eaten properly, been let down and messed about multiple times but somehow we’d arrived home with a Forester STI to my original spec, though it wasn’t quite what I’d planned. The best part though was we’d come through the whole lark together and I doubt there would be many wives out there that would put up with all that for a stupid car!!!

And here is that stupid car as it arrived home the day we got it. I hope it turns out to be worth all the bother! 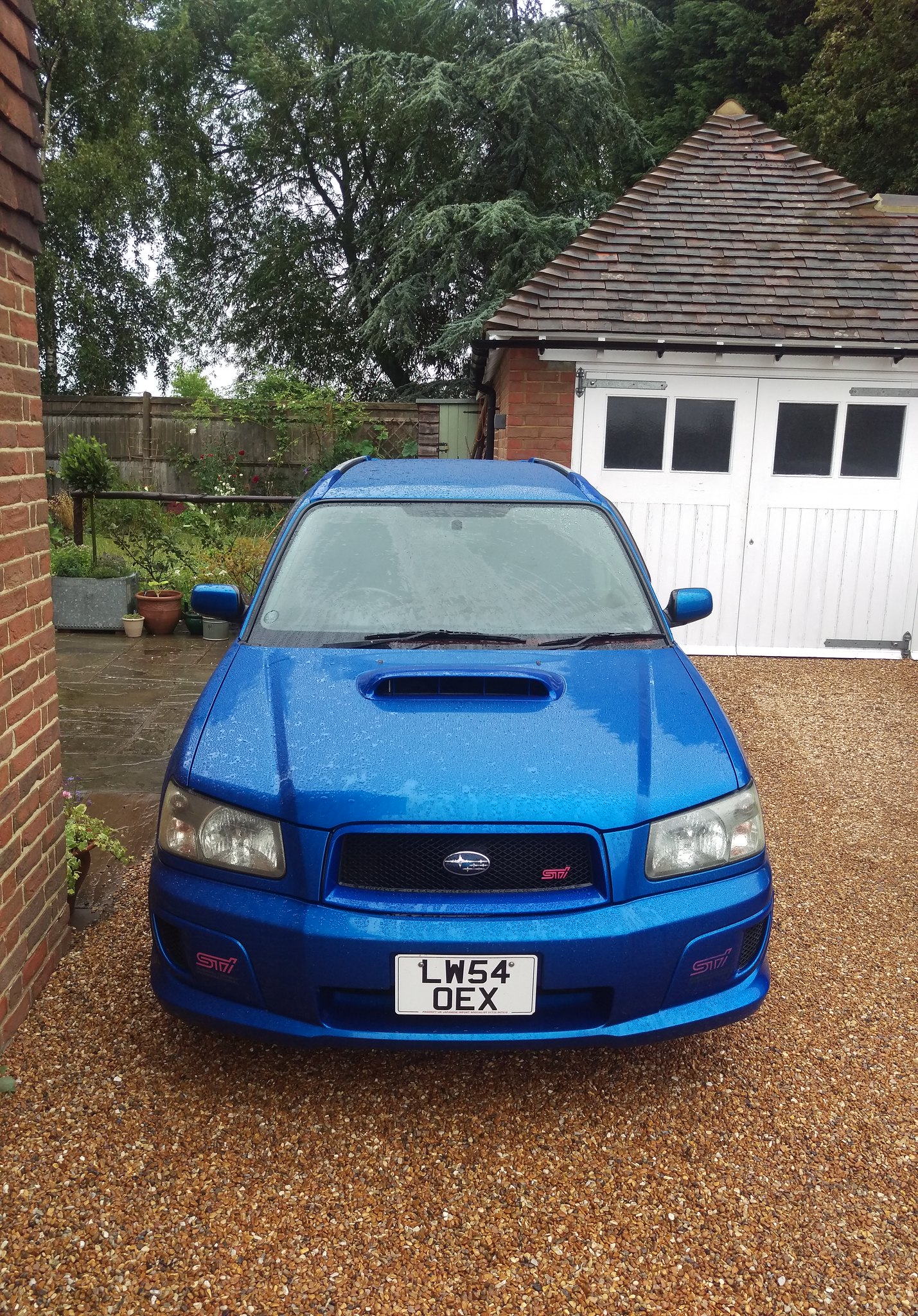 The following weekend I gave it a good clean. 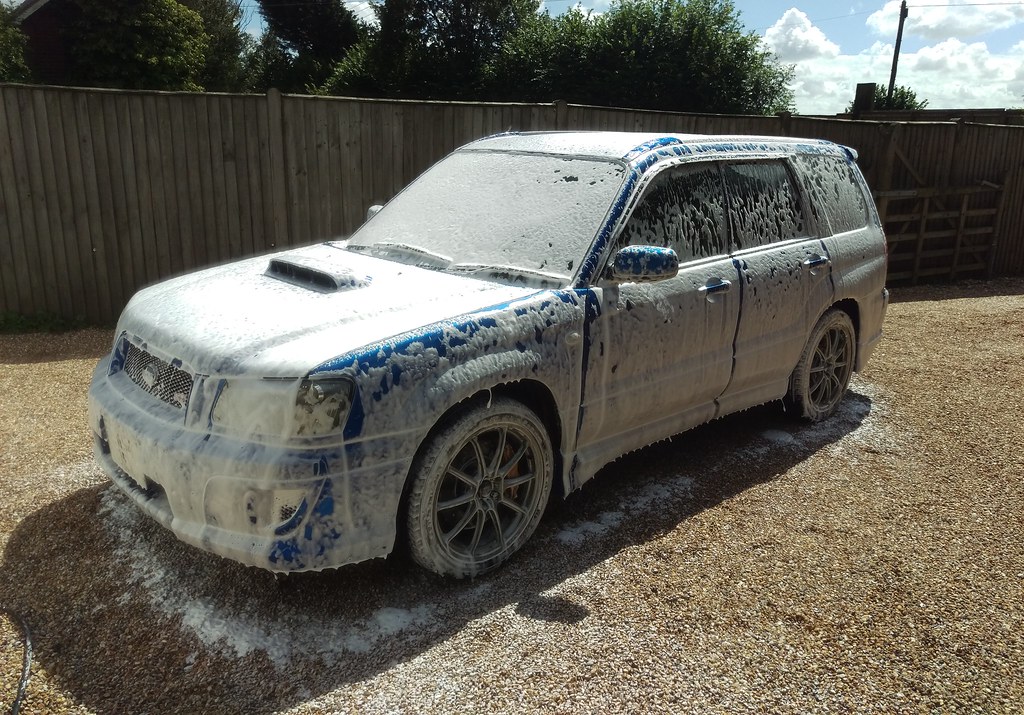 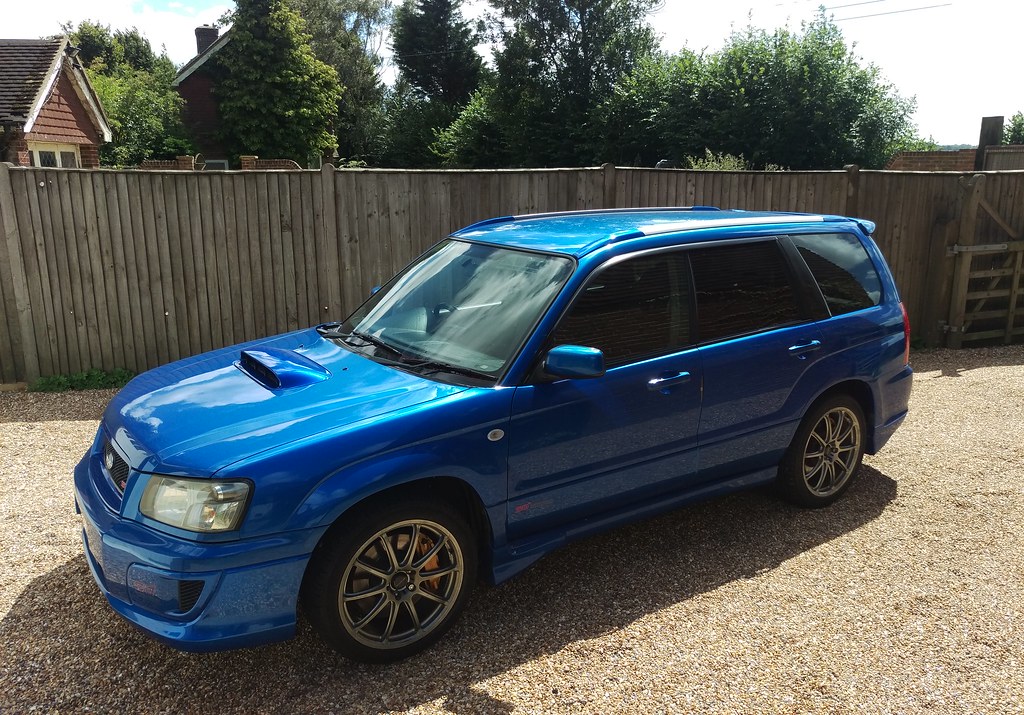 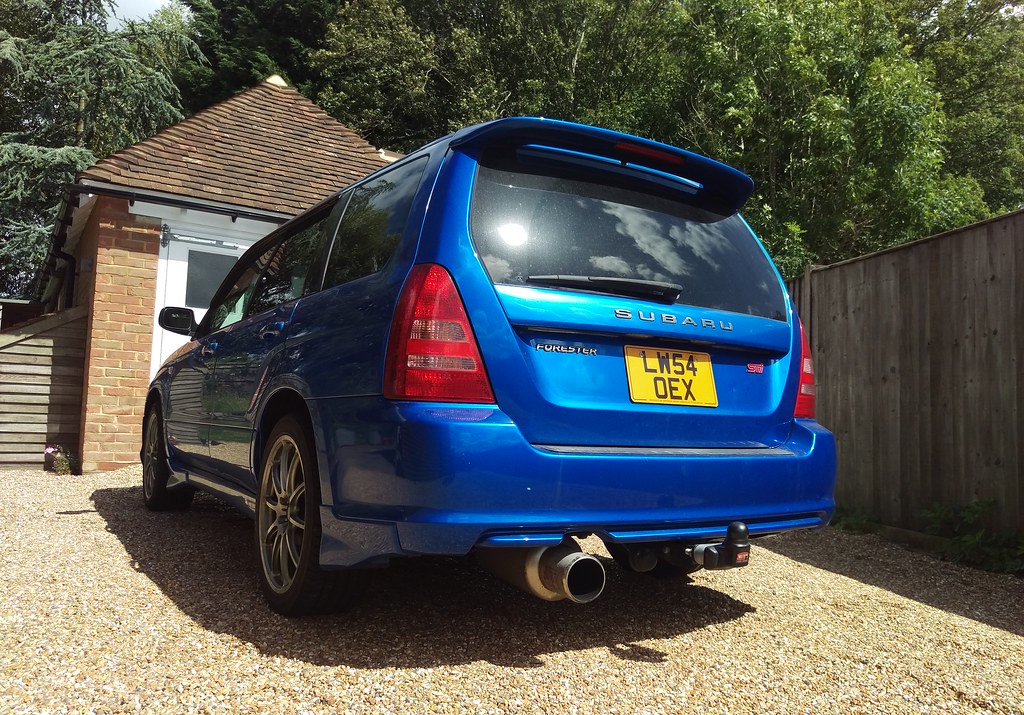 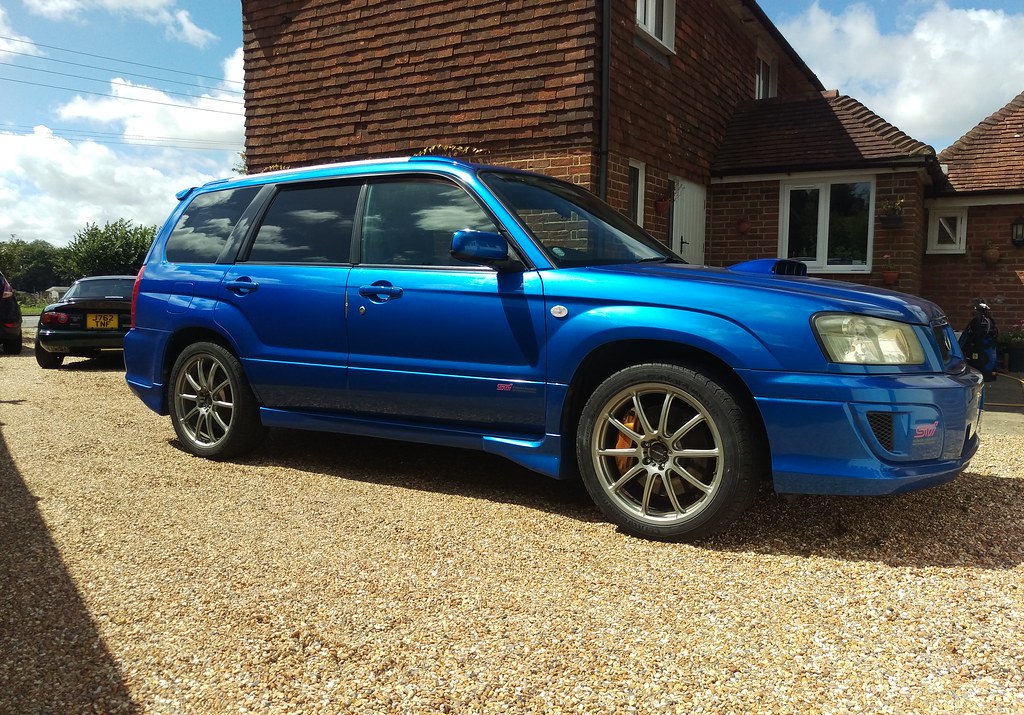 I have already got a long list of things I want to do to it from sorting out some imperfections to more major modifications. Time will tell on how much of that I actually do and if I like it enough to keep it long term…..