When I built the supercharger setup I decided to use a cheap recirculating single piston dump valve to vent boost when coming off the throttle and stop the charger boosting at idle. I chose this over a buttefly valve as fitted to the original Mini supercharger setup for two reasons. Firstly the dump valve was much cheaper than a butterfly valve, even a used one which might not last long anyway. Secondly I thought I could use the dump valve to limit boost if I needed to in the early days of running the supercharger. This would be done by simply fitting a soft spring and not the vacuum pipe or maybe a spacer on the end of the piston to prevent it closing. As it turned out I didn’t ever need to as things progressed quite well.

The dump valve still had the softest spring fitted though and I was finding it wasn’t closing very quickly. I was happy with that to start with as it gave me a lot of control over adding boost with the throttle so I could easily drive off boost and get in and out of boost gradually for mapping. This is not great for throttle response though and drove almost like a turboed car with a short time of lag. I was also finding once the dump valve got hot it would stick open so boost would only get to 3 or 4 psi. Obviously not good at all!!!

So when I made the water pump drive blanking plate I simply swapped the dump valve spring for the stiffest option hoping it would deal with the problem.

The dump valve apart with the 3 springs it came with. 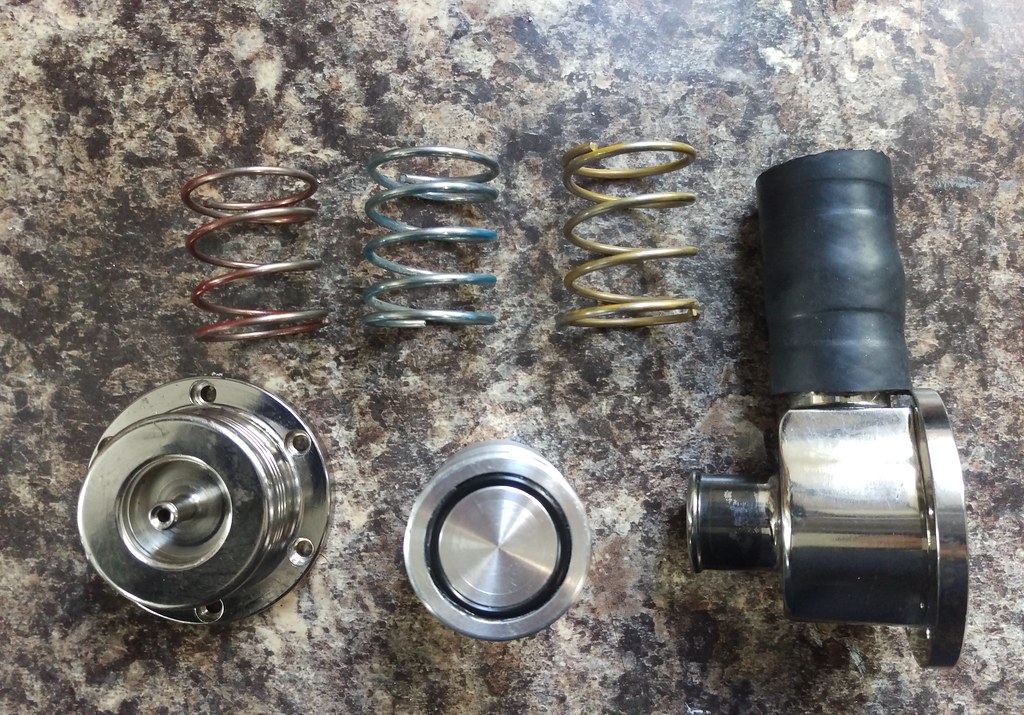 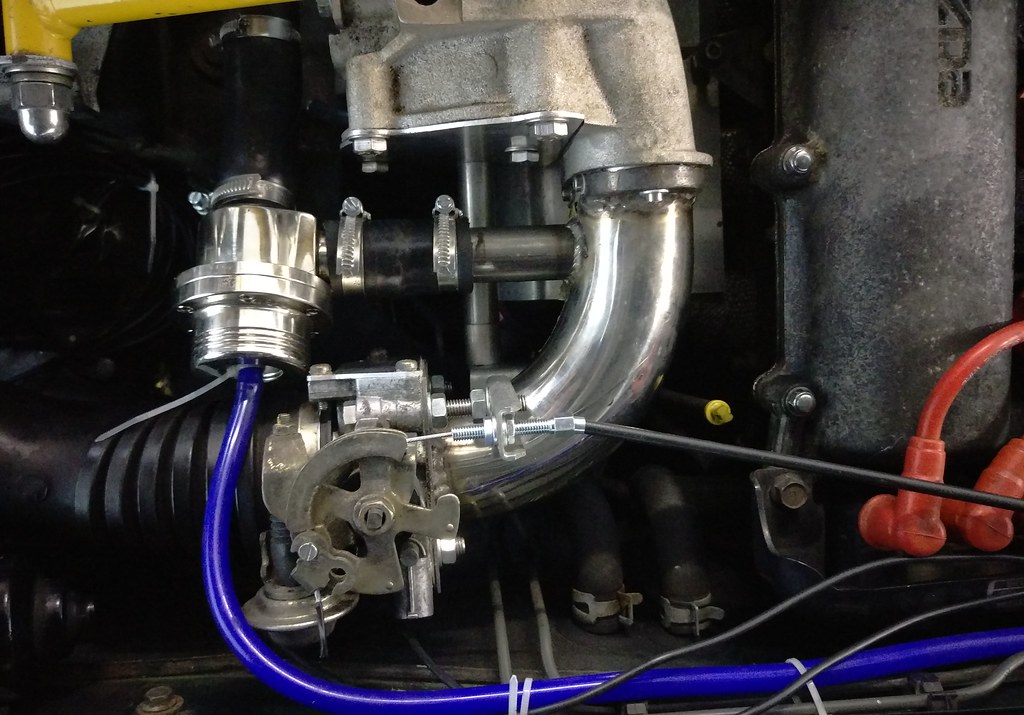 Happy to say it seems to have fixed the problem of it getting stuck open. I’ve driven it plenty now without it doing it once when before it would do it after about 10 mins of driving. The other benefit is it shuts as soon as I get on the throttle now so boost is immediate just as it should be with this kind of supercharger. Happy with that! 🙂