The Evo was suffering a bit of excess engine movement so I started looking into the options on how to deal with it.  I was trying to avoid replacing all the engine mounts and thought I’d try a torque damper.  Then I learned that almost all the torque dampers you find are not dampers at all as the bit that looks like a damper strut is just full of rubber. The only real oil filled engine dampers are pretty pricey so I ended up just buying some decent poly engine mounts and fitting them, way better then fitting some stupid shiny ‘torque damper’ that would probably not do much other than transfer loads of noise and vibration into the cabin.

It got me thinking though, maybe a proper oil filled damper from a bicycle could work as an engine torque damper? There are loads of bike shocks available but the cheap ones are just a spring around a strut that isn’t damped. So I kept looking on ebay and found myself an unused, excess stock Fox shock which is a proper oil filled shock.  I removed the coil spring and stuck it on the car to try it… 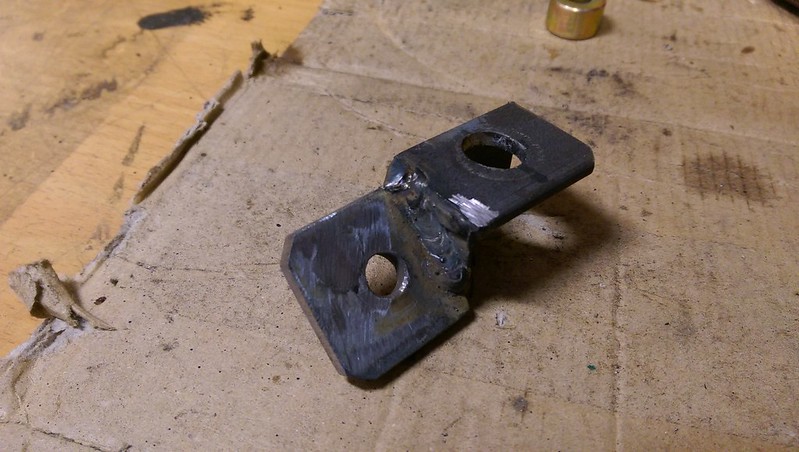 Some rubber spacers to allow a bit of movement.  I mounted it with the axis of the two bolts 90 degrees opposed to allow movement in both directions.  Ideally both ends would have spherical joints but this was quicker and easier to fit and it is only really an experiment so I could do that later if it’s worth it. 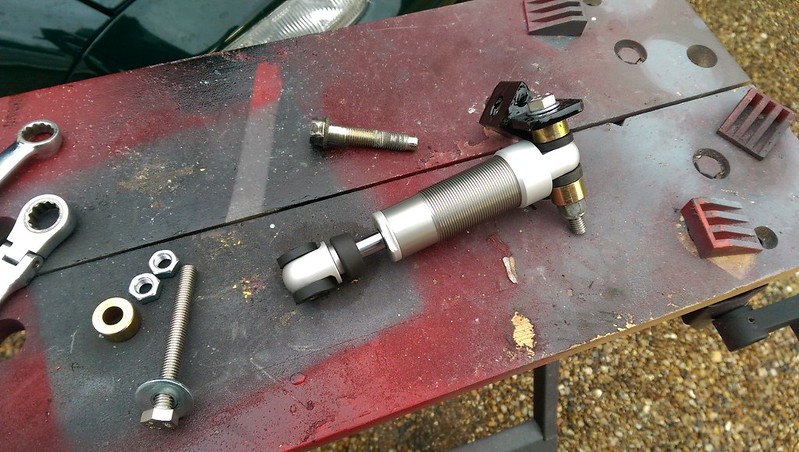 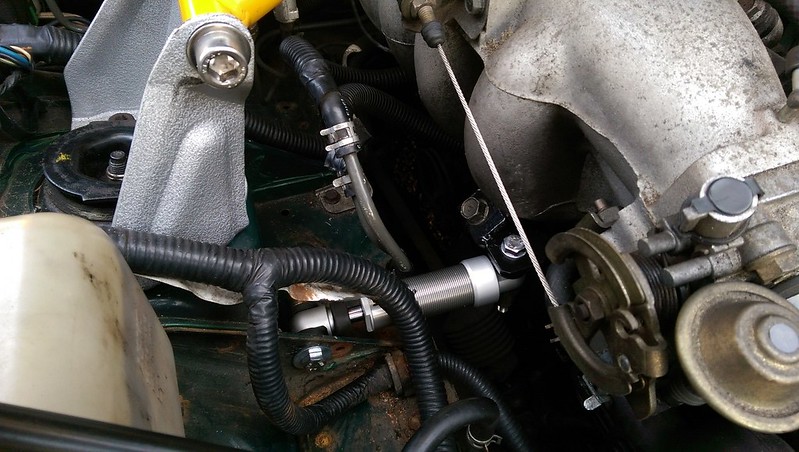 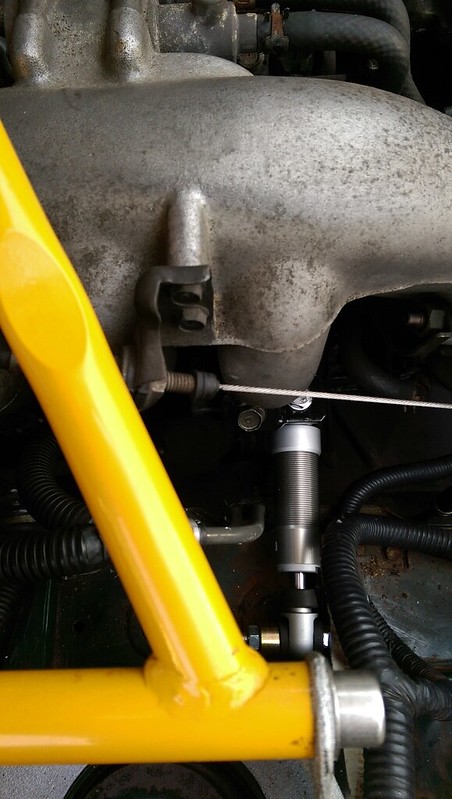 So far so good. Hard to tell exactly what it’s doing compared to before fitting it but it must be offering some resistance to movement