This is an STI Genome rear exhaust silencer to fit the 2002-2008 Subaru Forester. It was fitted to my 2004 Forester STI that was imported in October 2015 so spent most of it’s time on the car in Japan then a couple of years in the UK before I removed it and dry stored it. I removed it as full Milltek system as part of a few power upgrades.

If you’re not already aware then these Genome exhausts are quite rare and sought after for Subaru’s. This one, being for Forester fitment, is particularly rare as it has the correct hanger length and placement to fit the Forester body (the arrangement and position of Impreza hangers is different). It is also longer than the Impreza equivalent so it will clear the rear bumper.

As you can see from the pictures it is in good condition. It does not rattle and mutes the exhaust sound well at idle as it should, while also allowing some decent volume when at full throttle. The only damage is a dent on the underside, caused by me when I came down off a speed bump a bit quick (my FSTI is lower than standard ride height). The exhaust ran on the car for another year after this with no adverse effects and the dent can’t be seen with the exhaust fitted unless you lay on the ground and go looking for it!

This is designed to fit directly to the original Subaru exhaust so will be compatible with any OEM Subaru system/center section and any aftermarket center section that has a matching mating flange located in the same position as the OEM exhaust. The bore at the join is 2.25″/57mm.

I have included some new stainless steel nuts, bolts and washers and a new exhaust gasket of the correct size.

I also have for sale the original standard Subaru downpipe with cat and center section with resonator and cat removed from the Forester STI.

Below are some pictures of the STI Genome rear section and silencer. 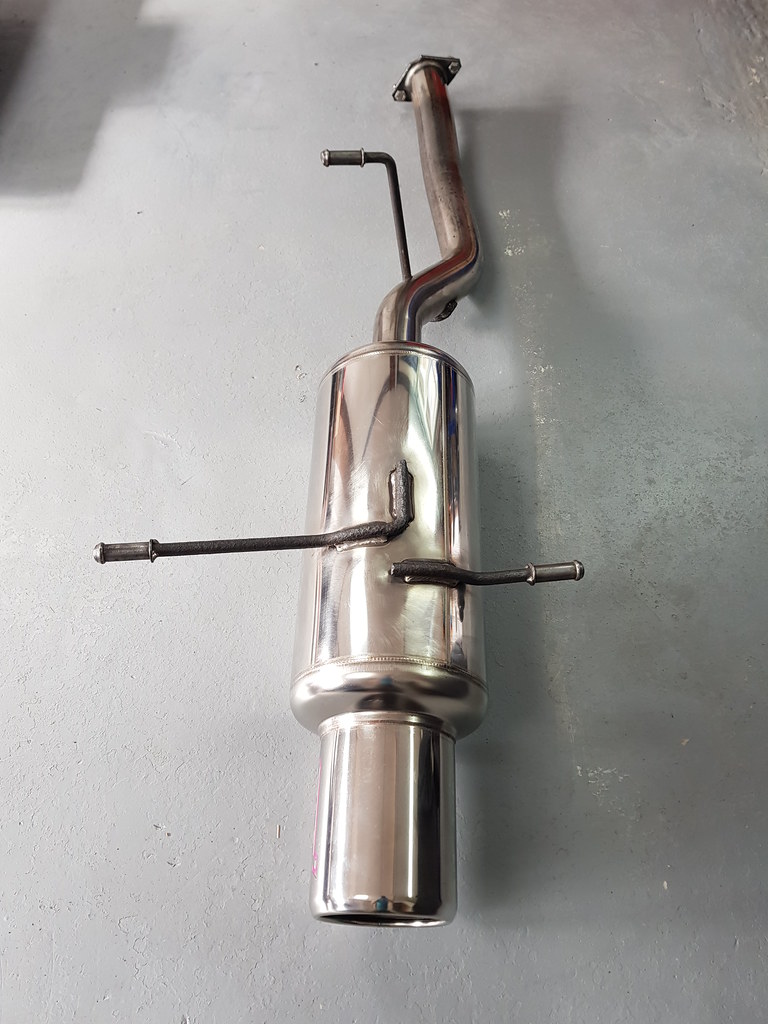 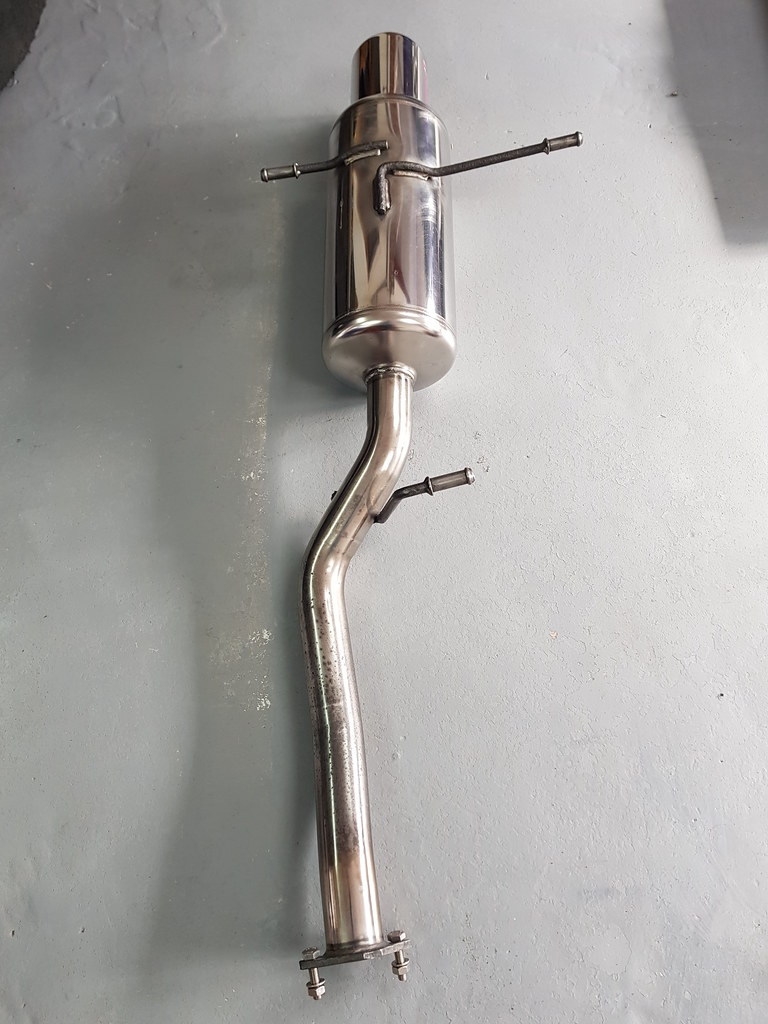 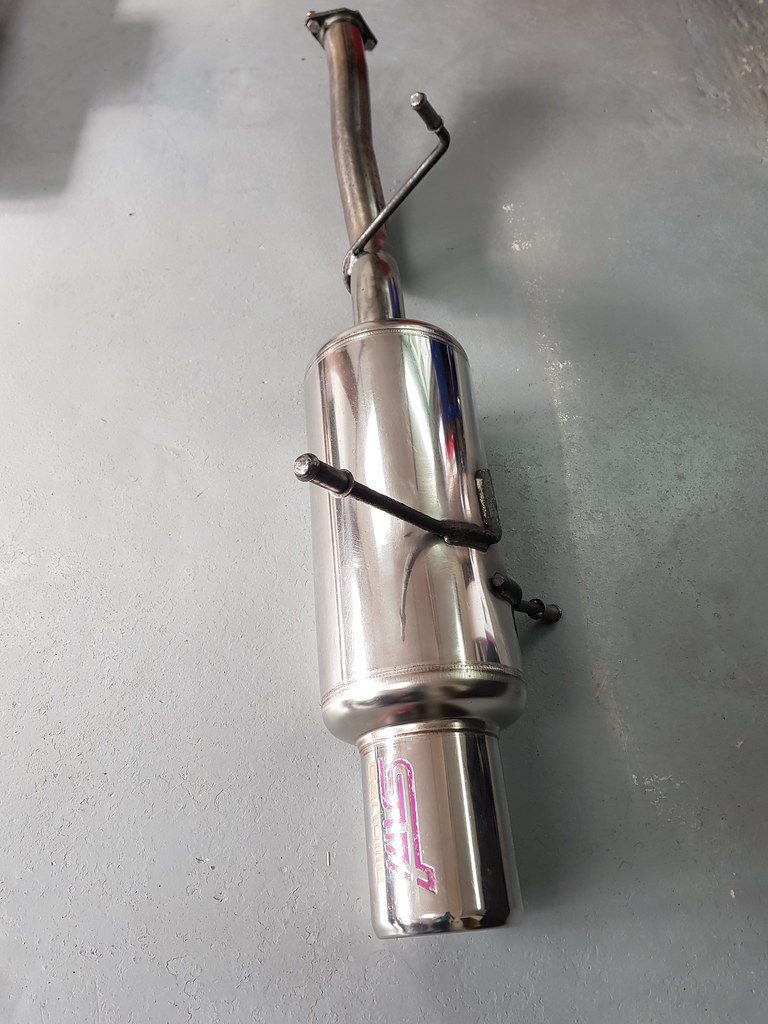 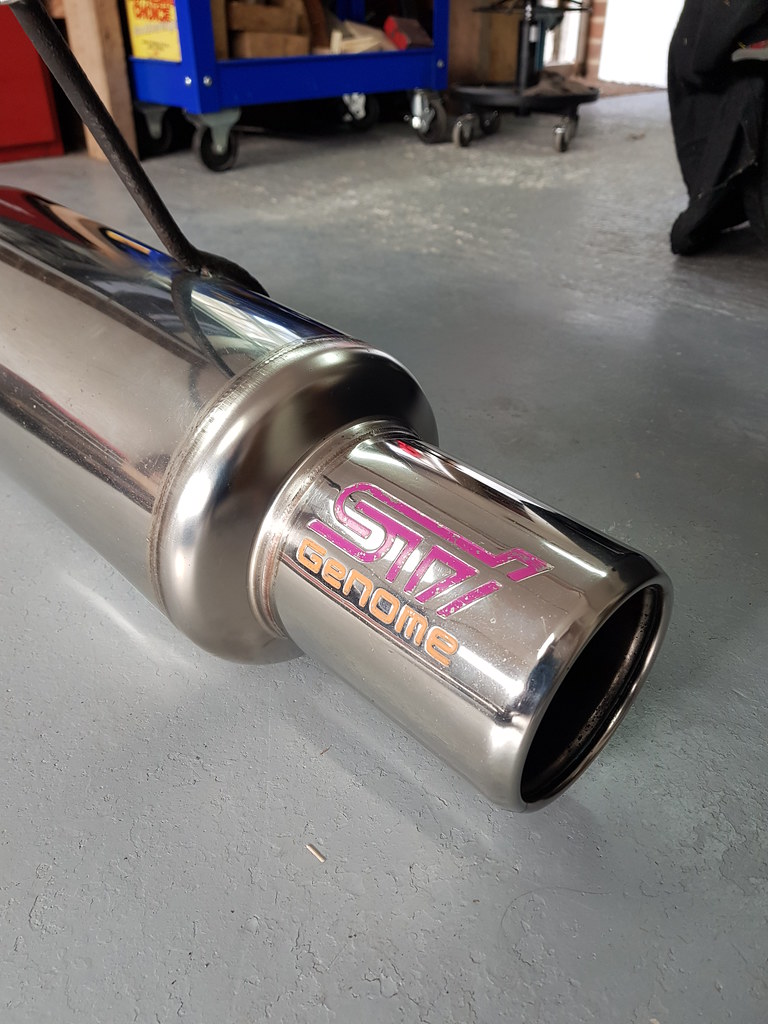 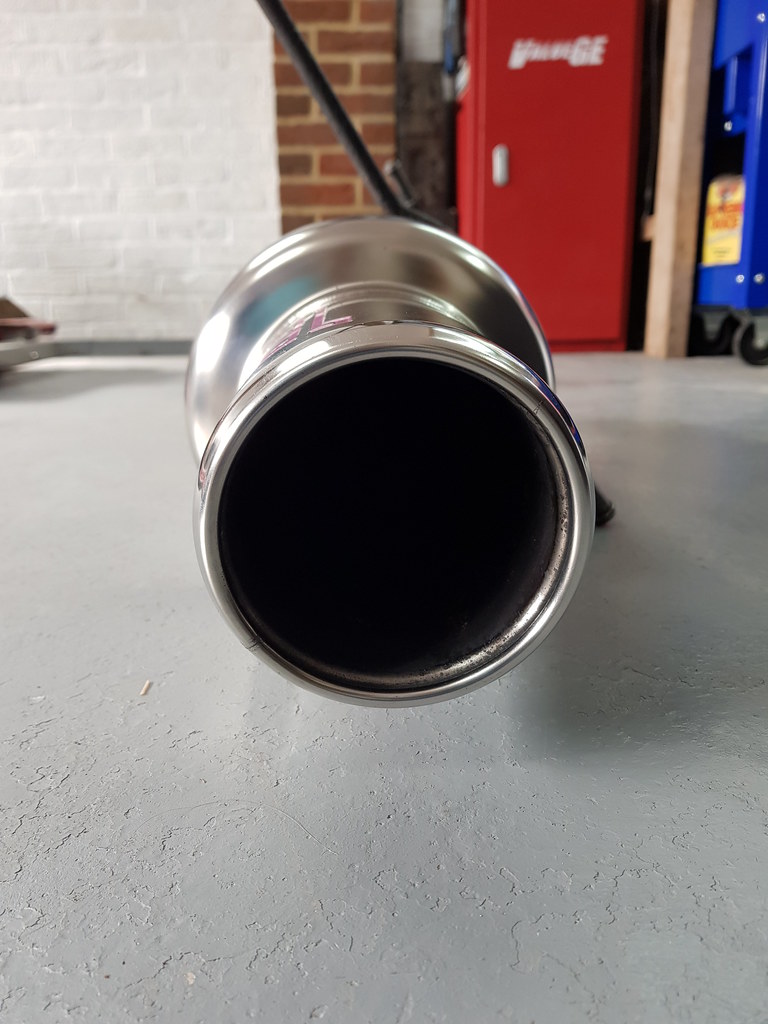 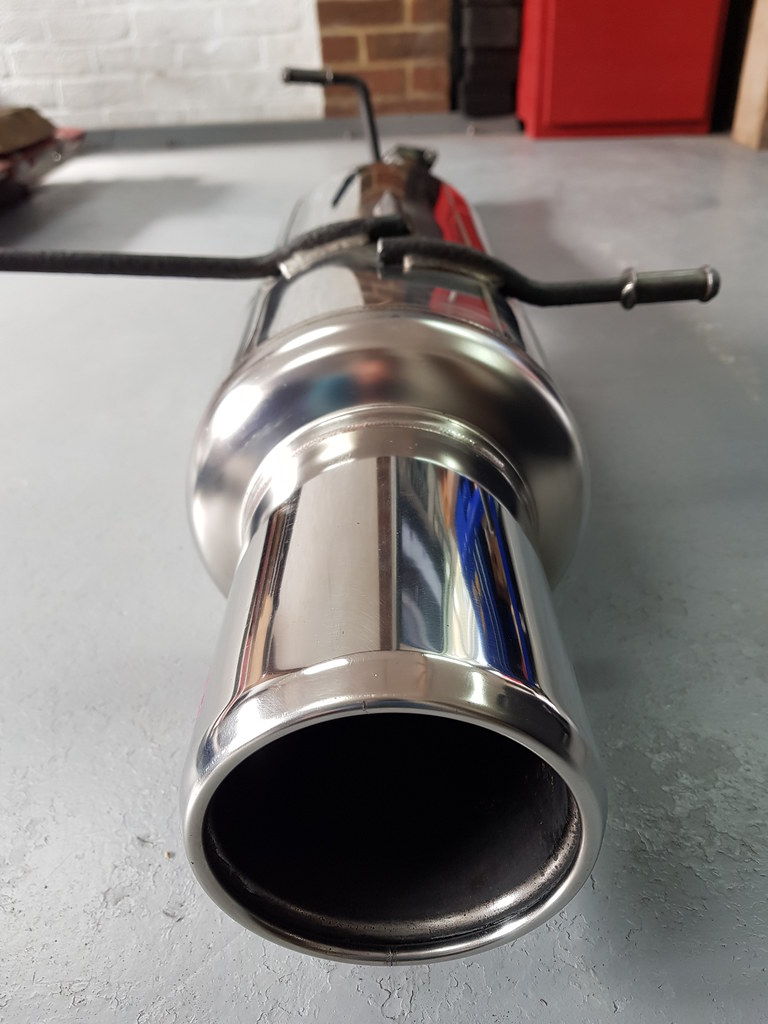 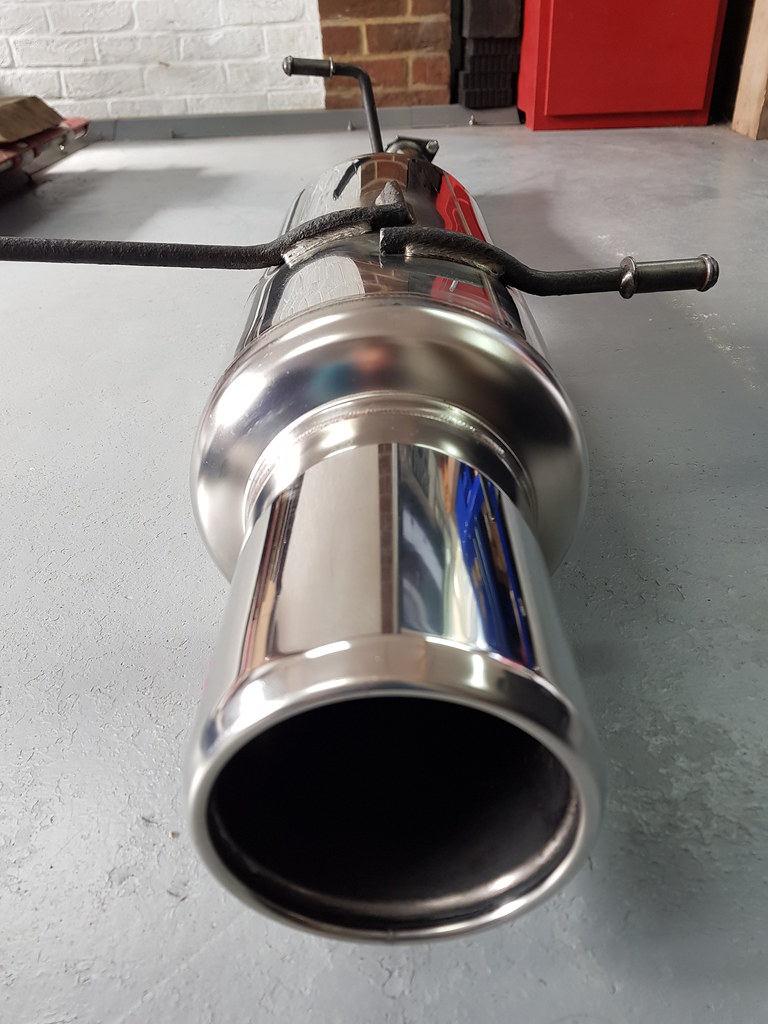 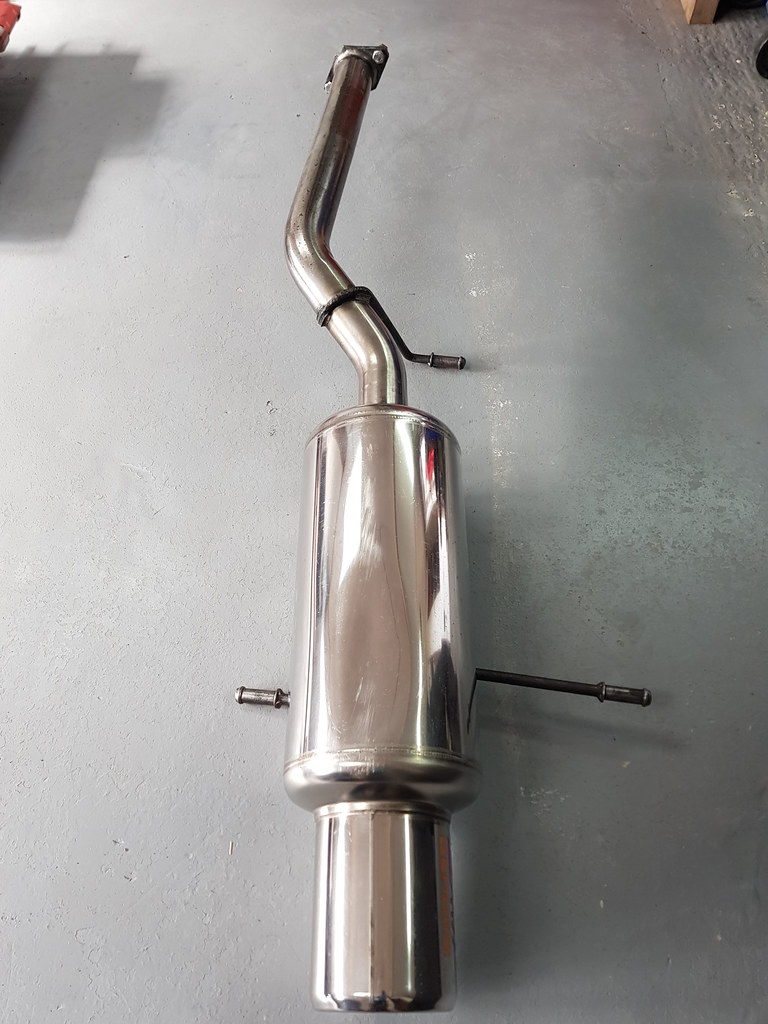 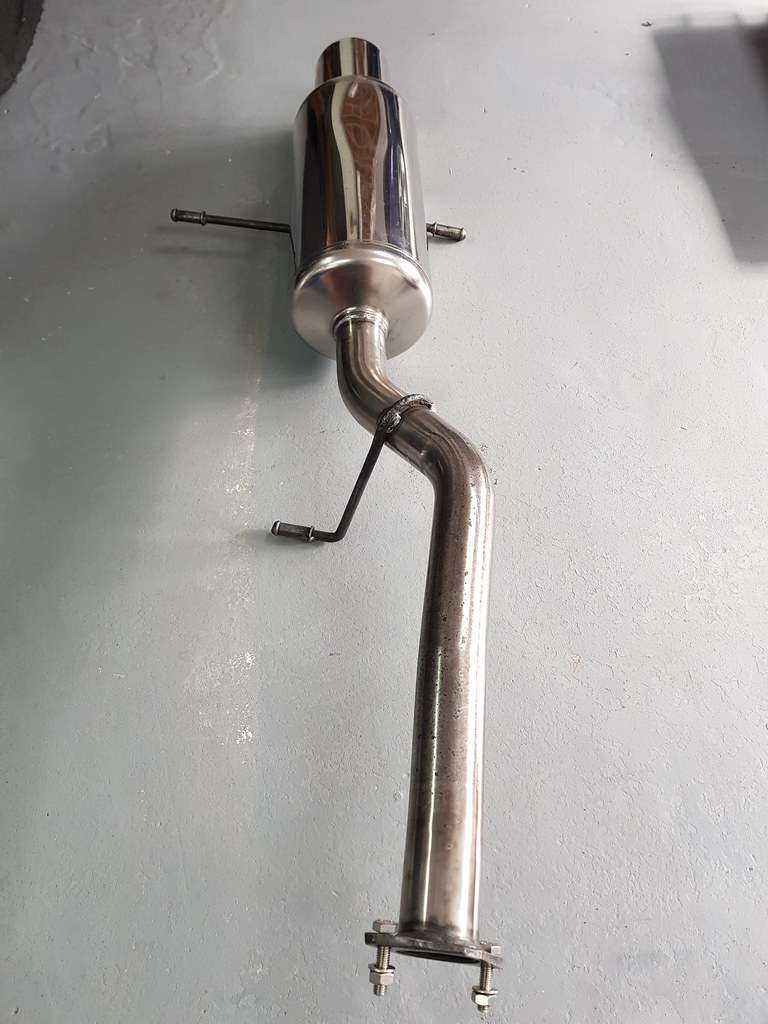 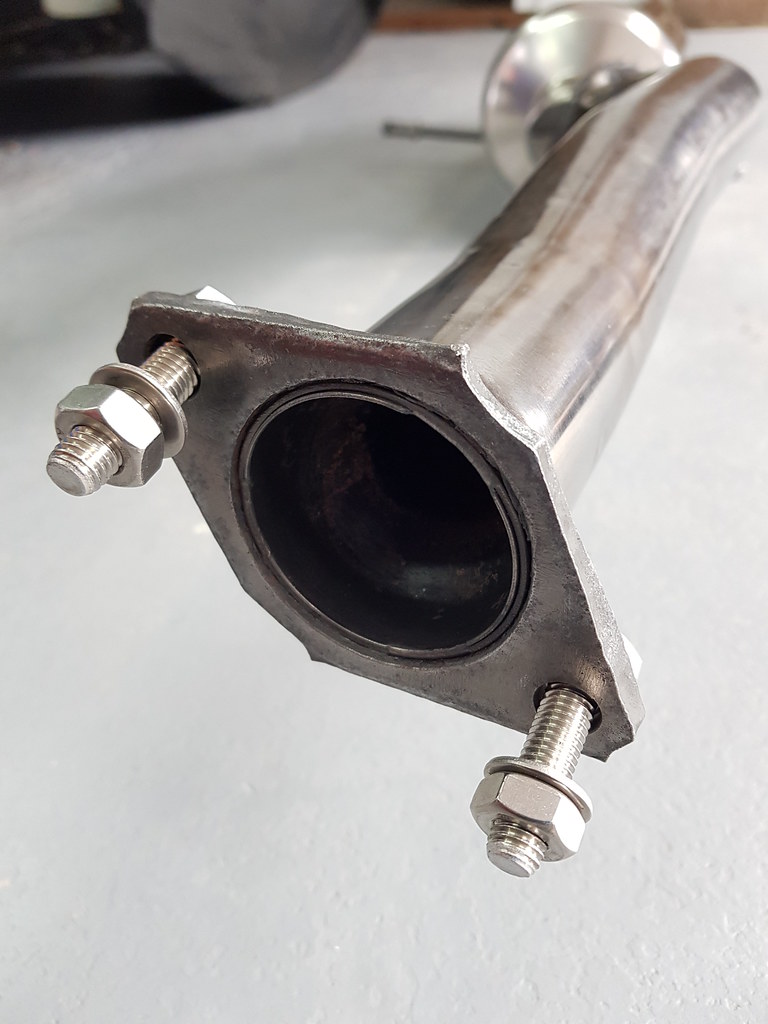 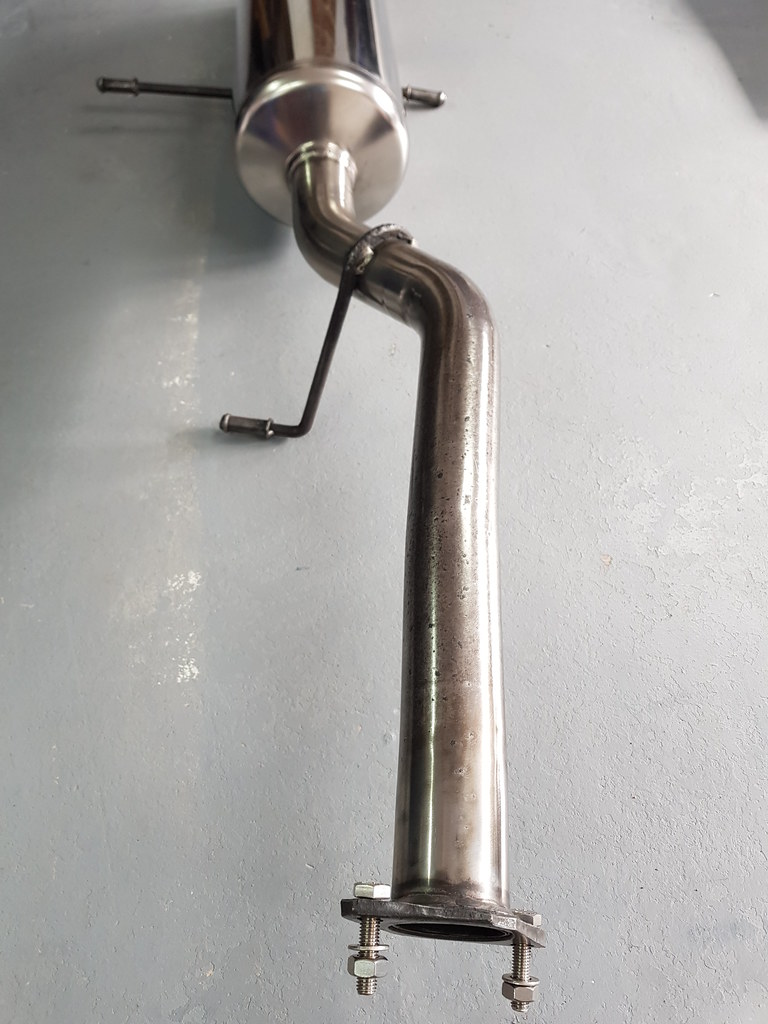 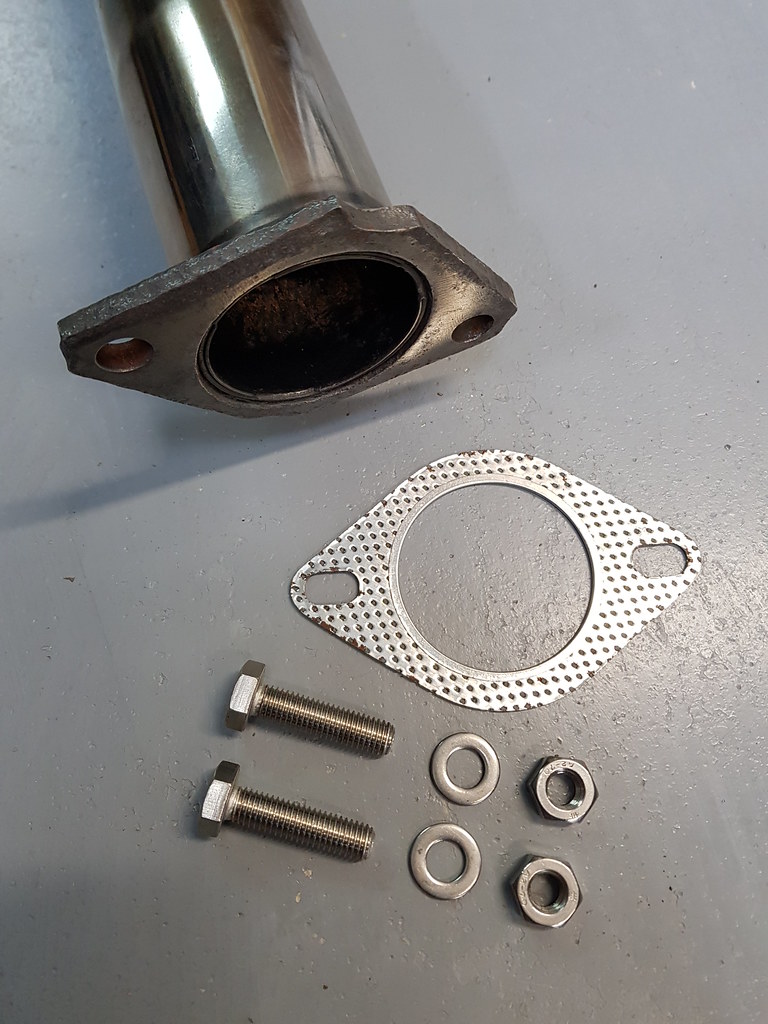 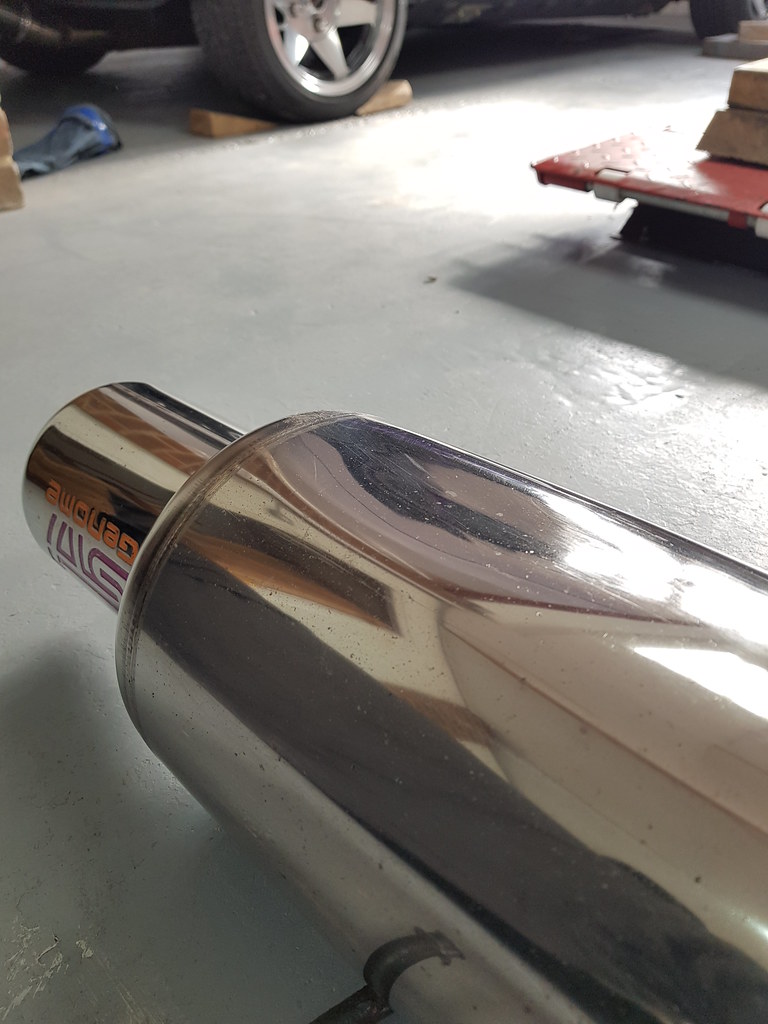 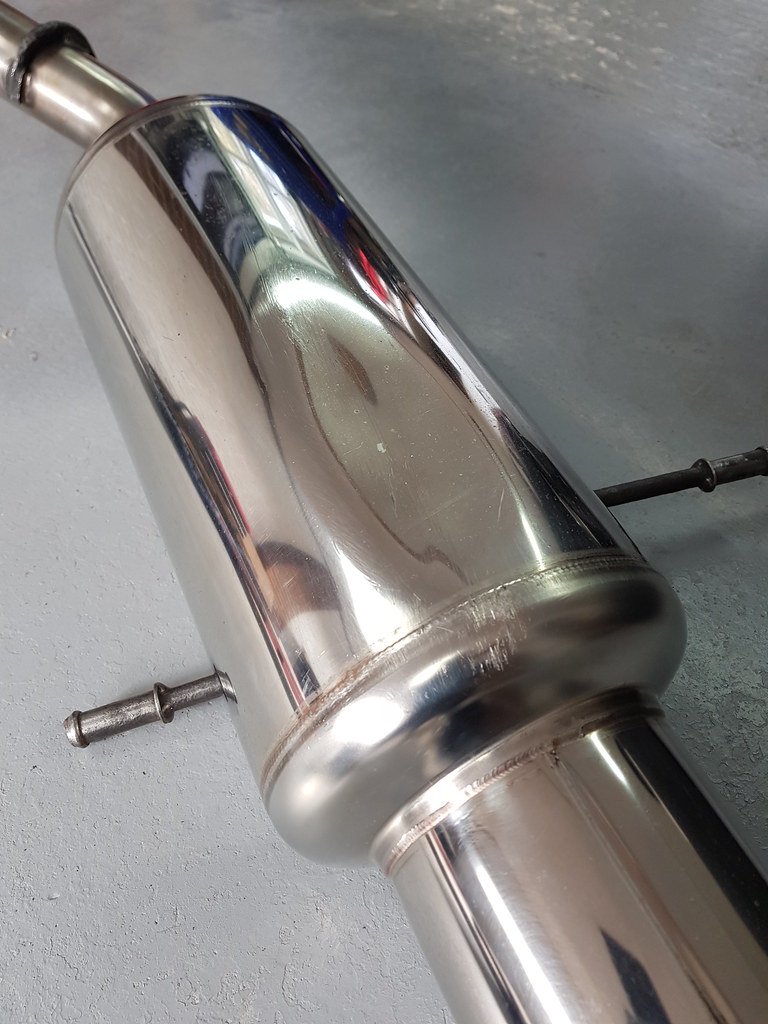 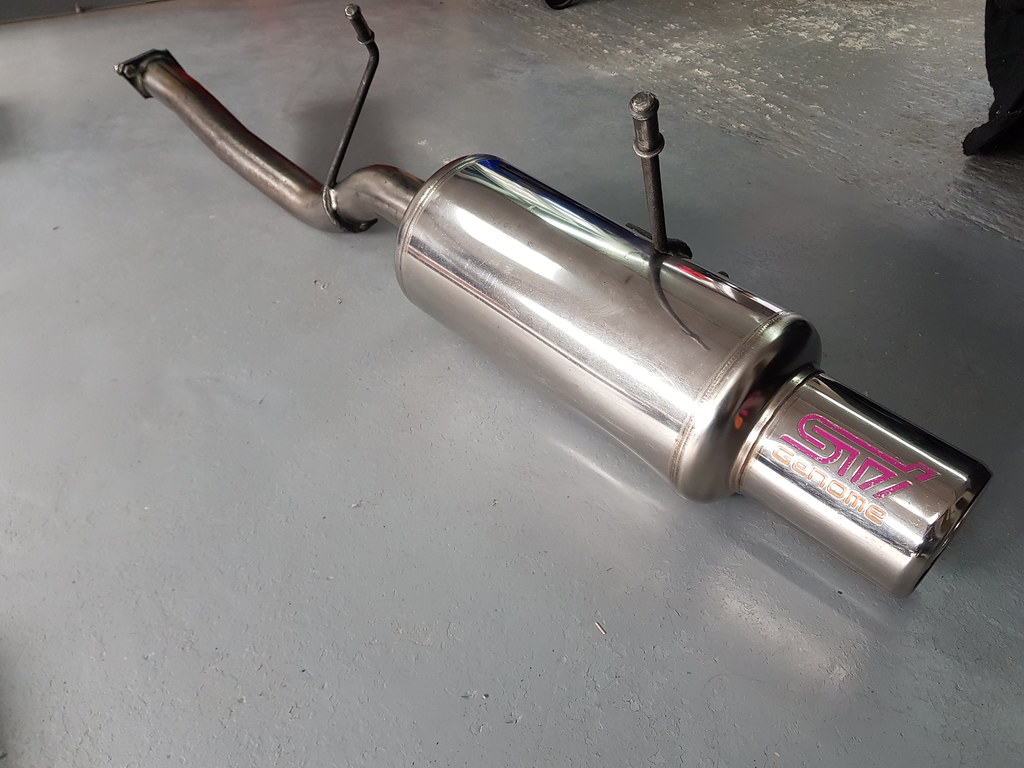 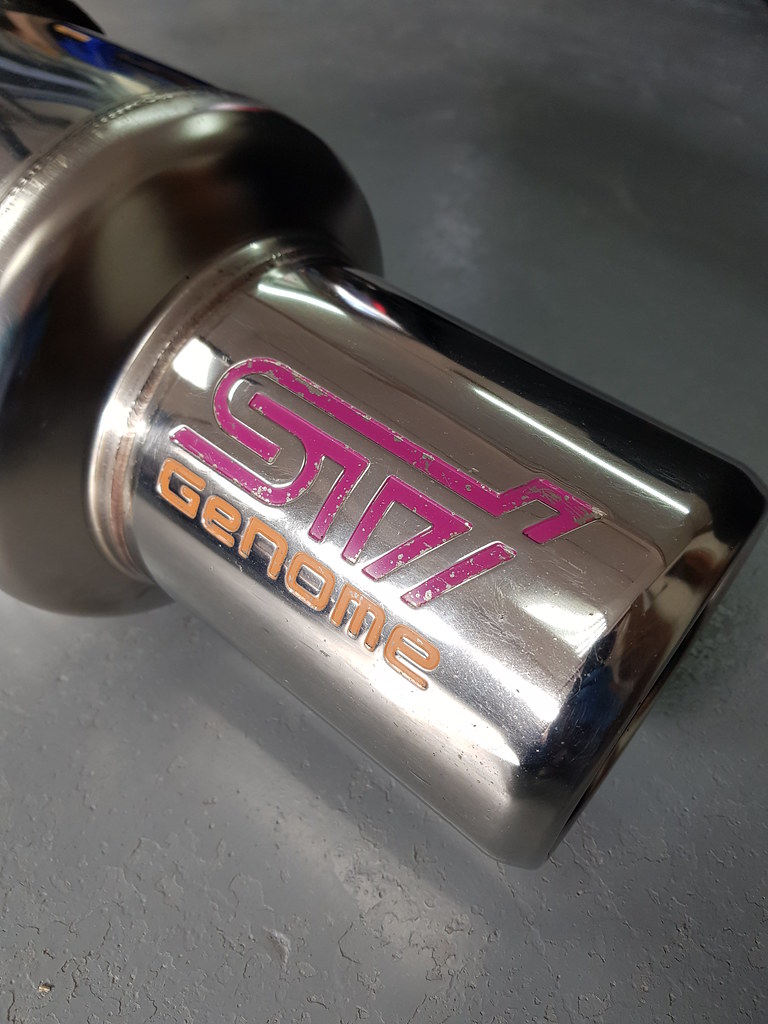 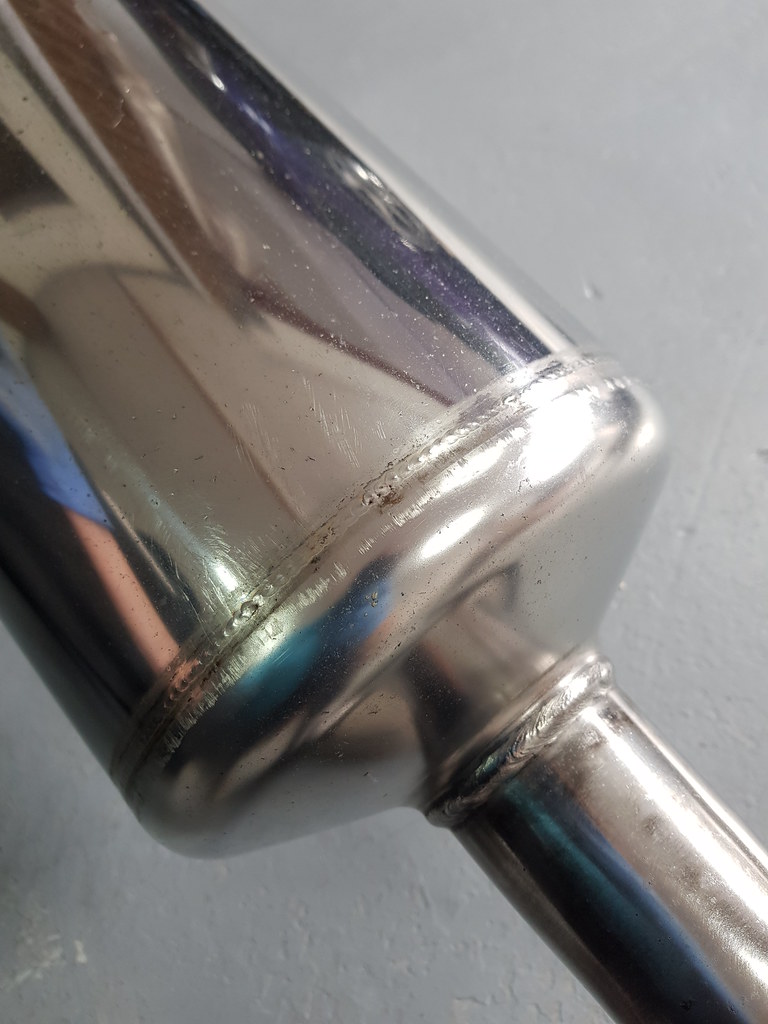 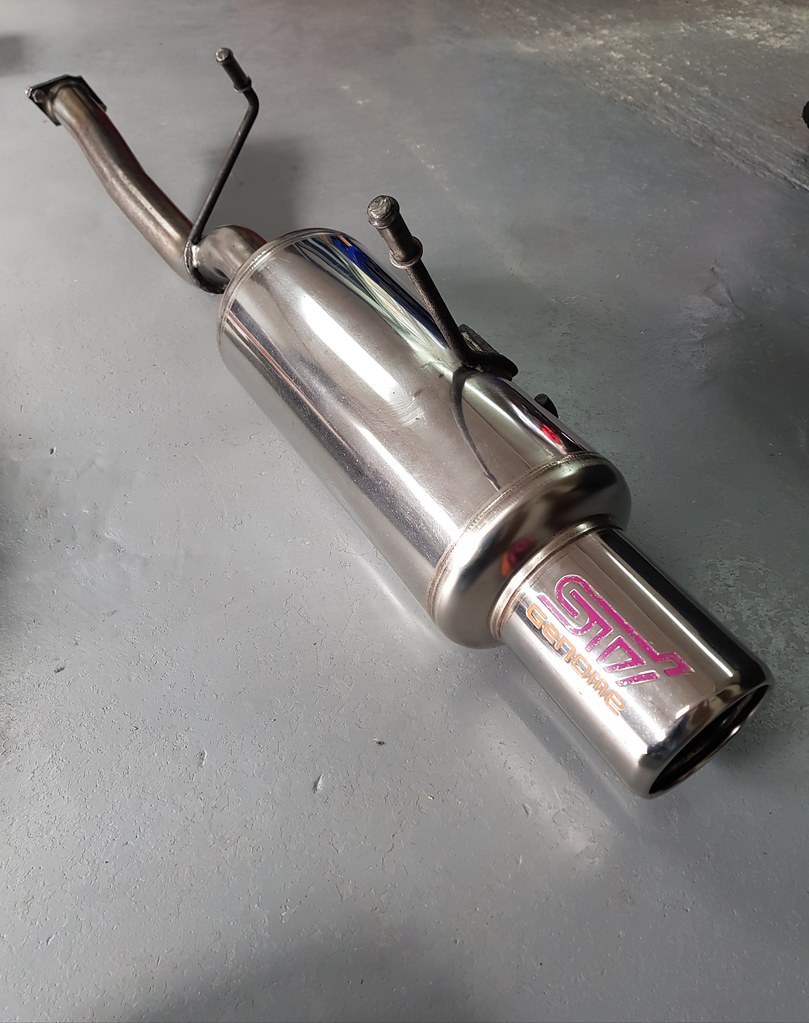