When I bought the Evo it came with an HKS SSQV dump valve, fitted by a previous owner.  Not something I would have chosen to fit myself as fully venting to atmosphere has it’s problems with the Evo using a MAF sensor.  But they are a good dump valve mechanically, it didn’t leak, it made the right sort of noises and I improved the rev drop off and stalling troubles associated with this kind of dump valve by adjusting it just right. But it wasn’t perfect, was never a great looking thing plus it was starting to look a bit tired.

So, as part of tidying the engine bay it was time to replace it.  I did some research and found that Turbosmart Dual Port dump valves are popular with plenty of Evo owners so I ordered one direct from Tubosmart through Amazon.

I went for their Kompact Dual Port with 34mm inlet and outlet.  The compact is basically the same as their larger size options but no bigger than it needs to be and about £100 cheaper! The only thing I read was that the Kompact ones aren’t rated to as high boost pressures but they’ll still take plenty more than the 1.4 bar my Evo is producing. I guess you just wouldn’t choose one for some monster boosted engine but I think you’d want to go for a different valve design if you were doing that anyway. 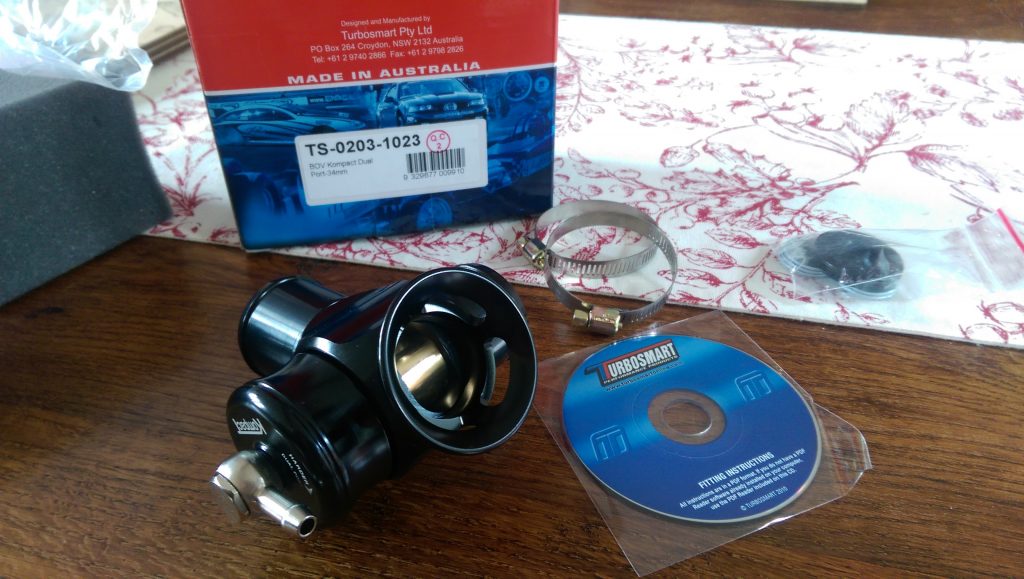 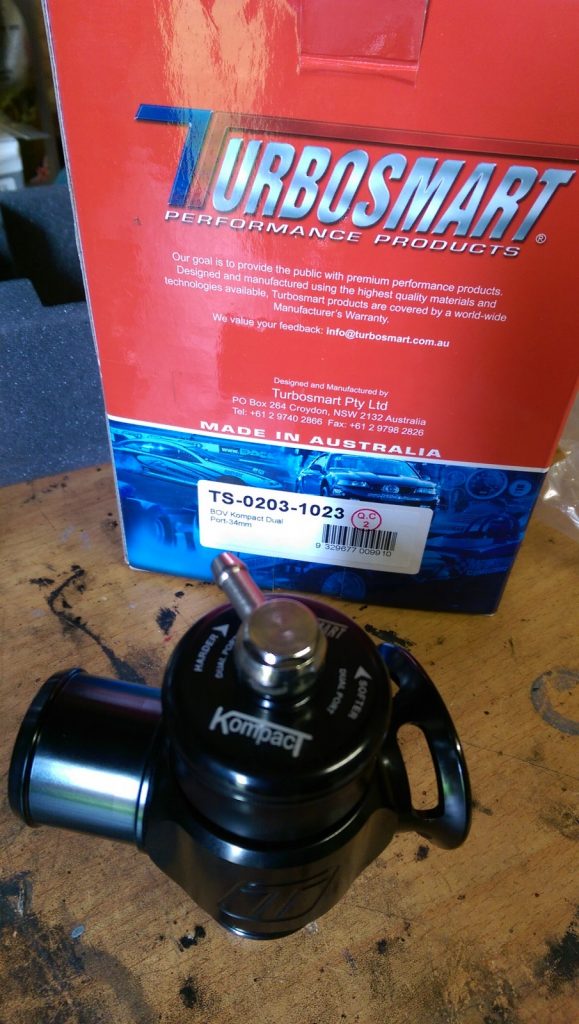 Covered in tape to prevent me making a mess of it while making bits to fit it. 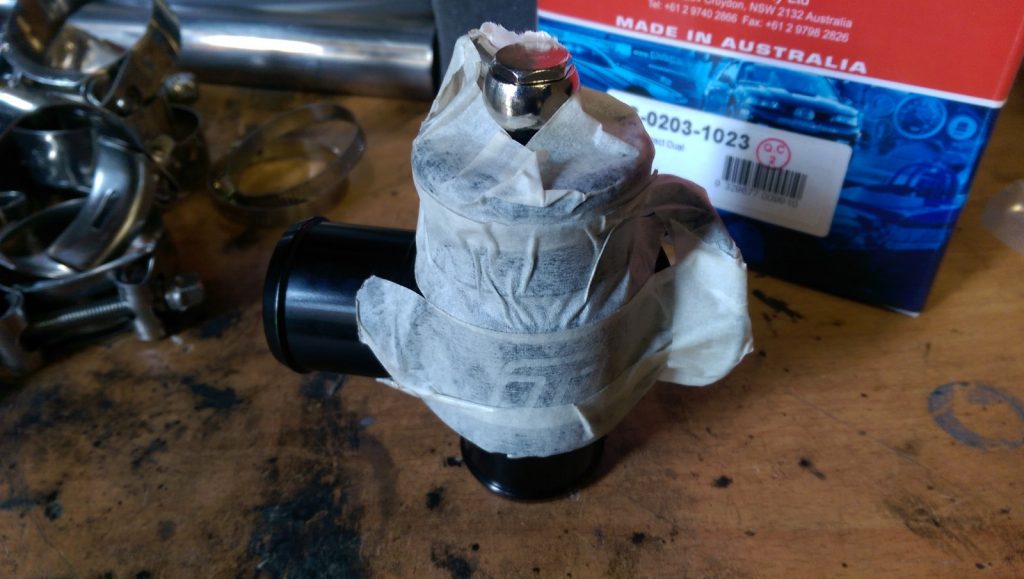 After a measure up for what I’d need I ordered these bits. 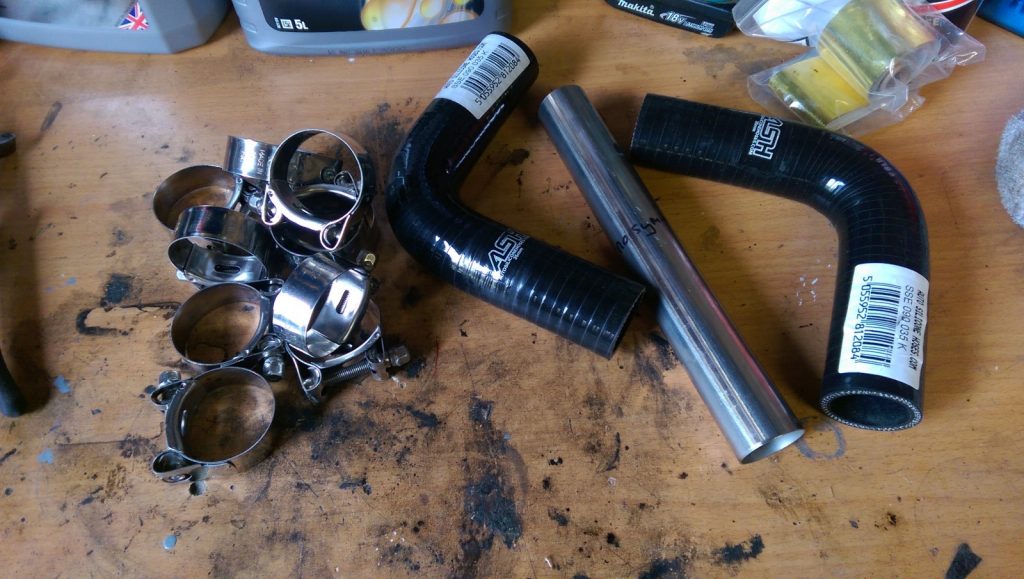 Out with this old thing 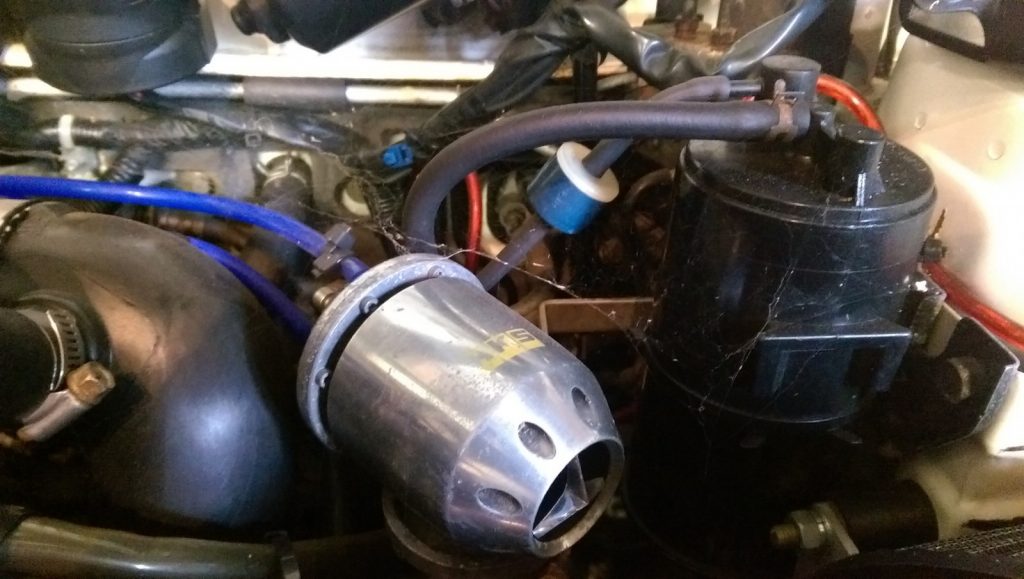 Silicon hose cut and in place 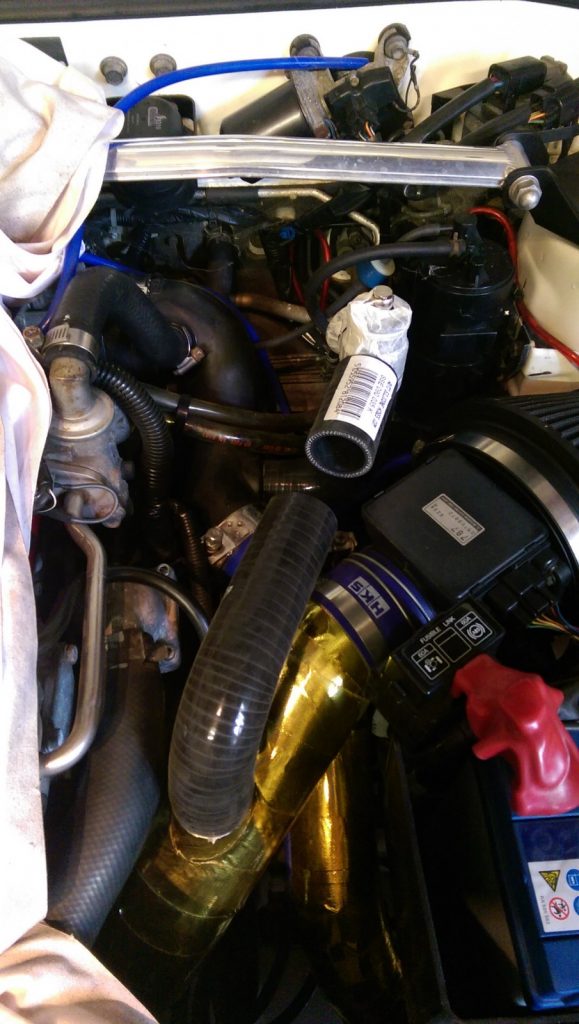 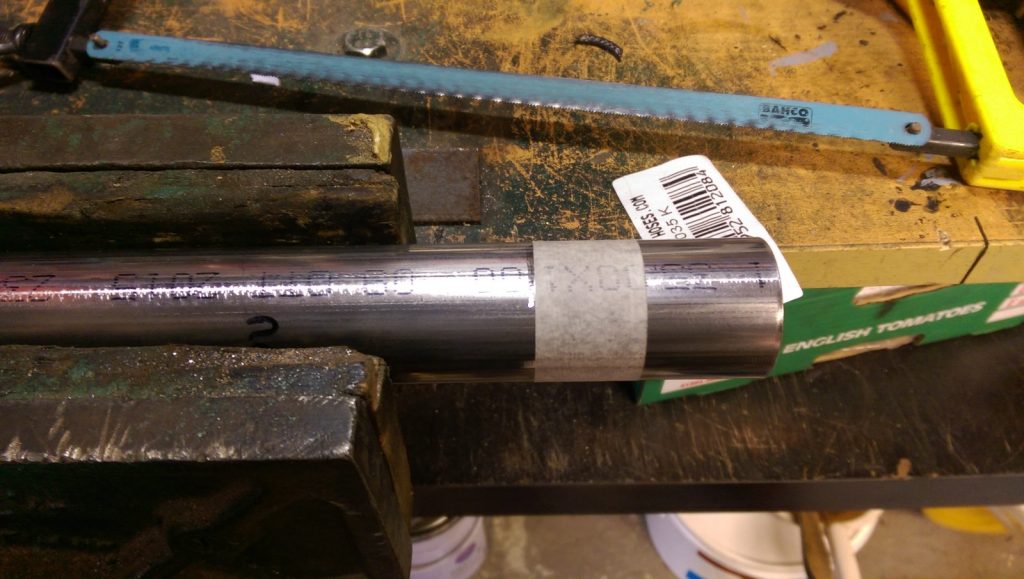 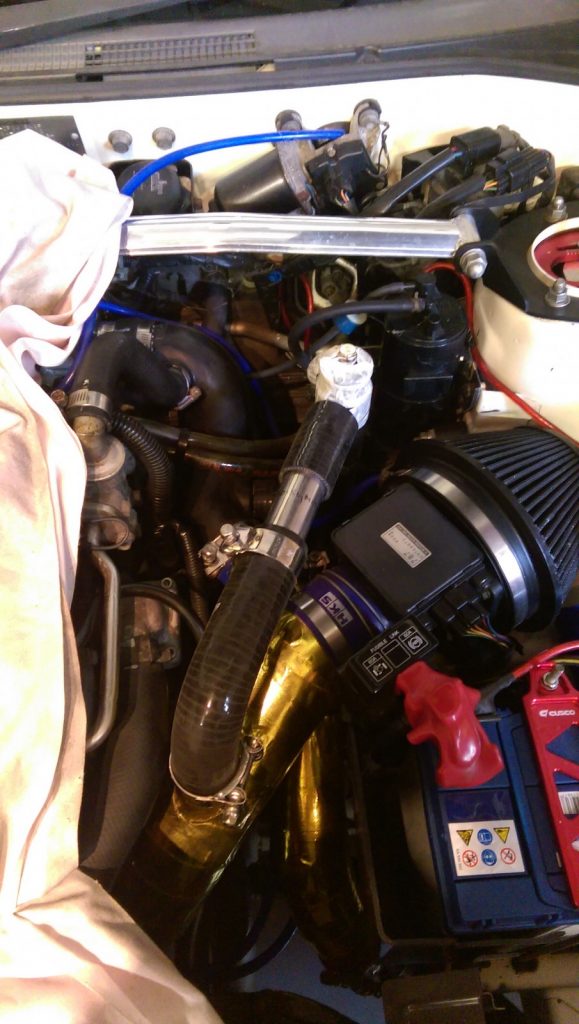 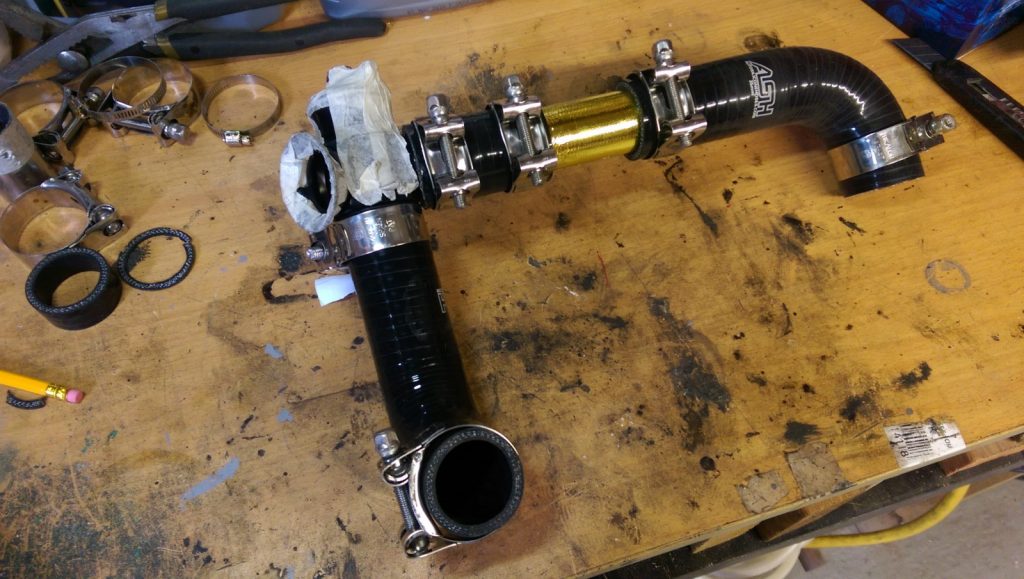 All done and ready to go, almost… 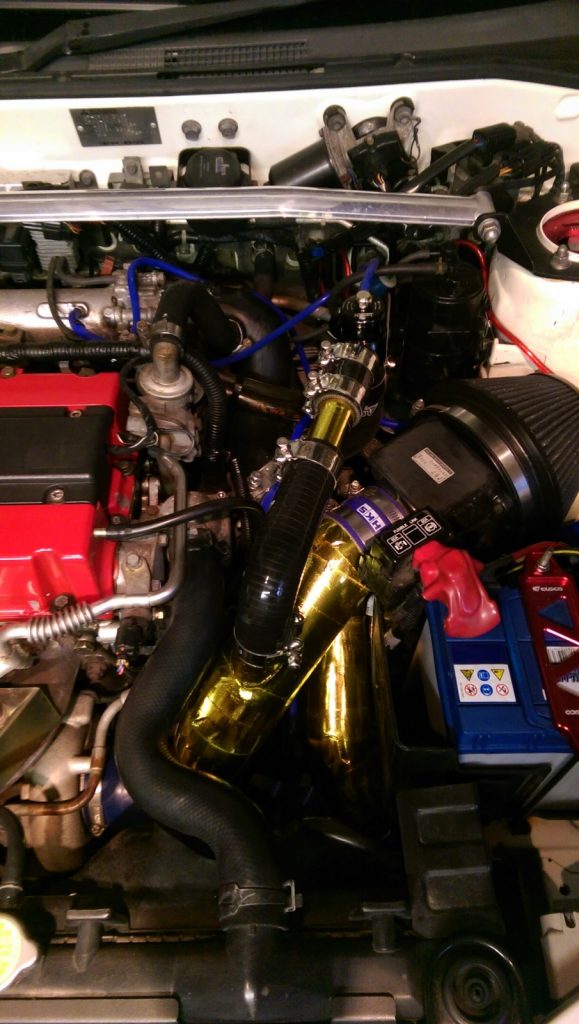 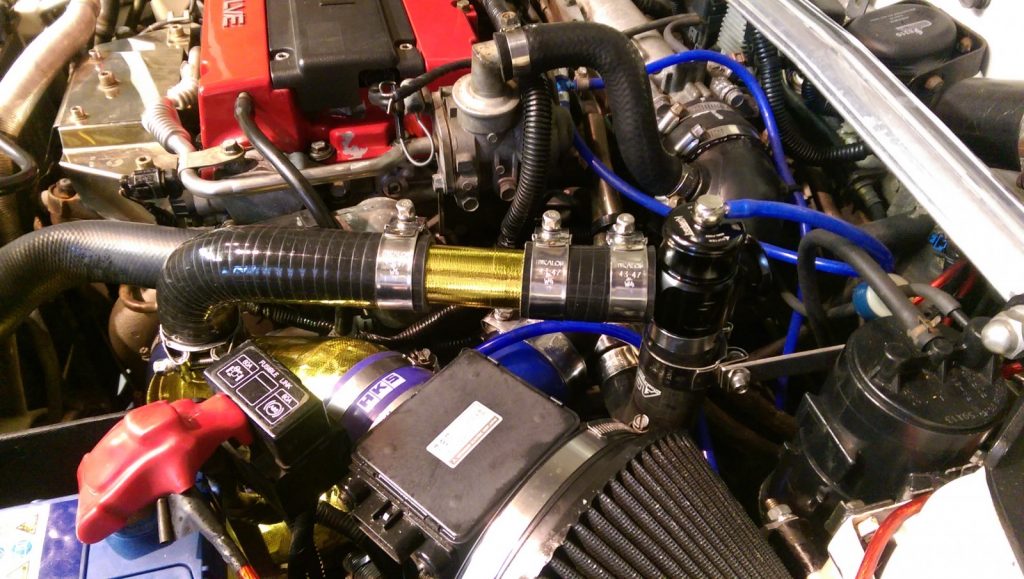 Quick check for leaks and a nip up of a couple of hose clamps. Now it’s good to go. 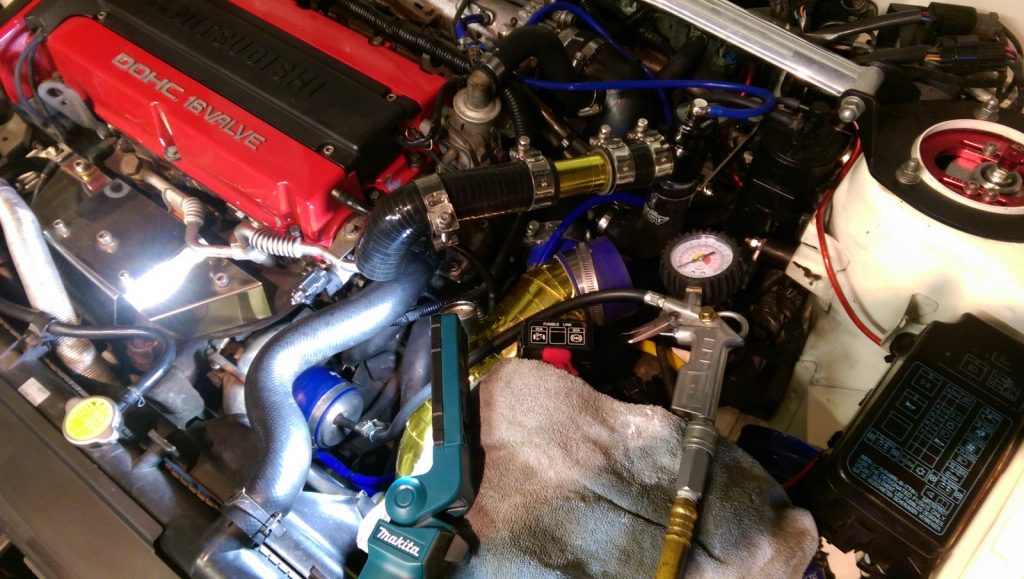 While I was at it I went round and replaced a few of the ropey looking hose clamps around the engine bay too. 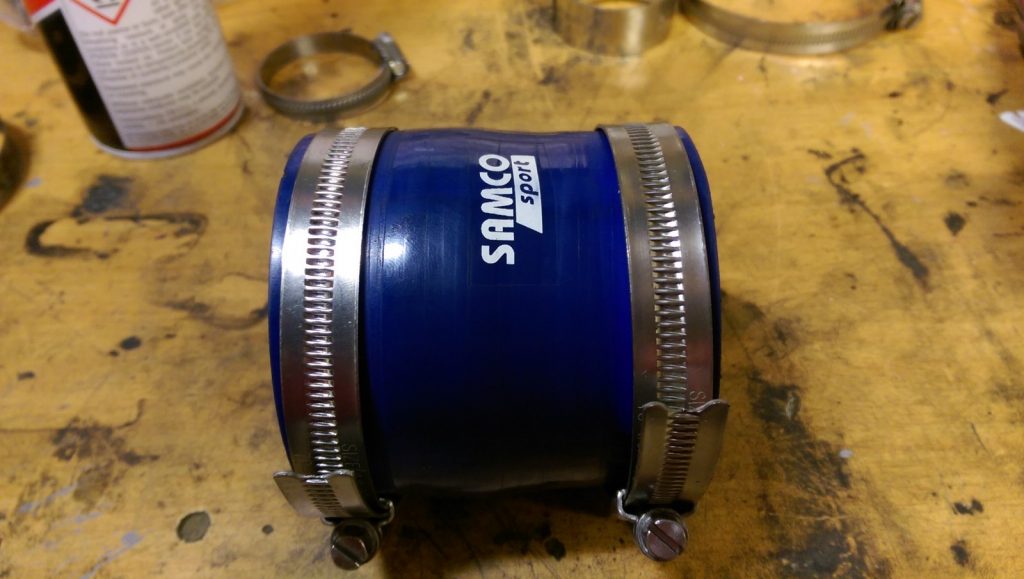 Have to say this Turbosmart Dump Valve performs better than the HKS one.  The car drives better on part throttle and when coming off the throttle when on boost. It has also stopped the the problem of the engine stalling occasionally when pulling up to a junction.

There’s an on board video of how it sounds here.