The Evo gets cleaned pretty much every weekend, but it had been a while since I went that bit extra to remove any previous wax and built up dirt. It had got pretty dirty in the Lake District and all the awkward places needed a good clean so I got the clay and some polish out. 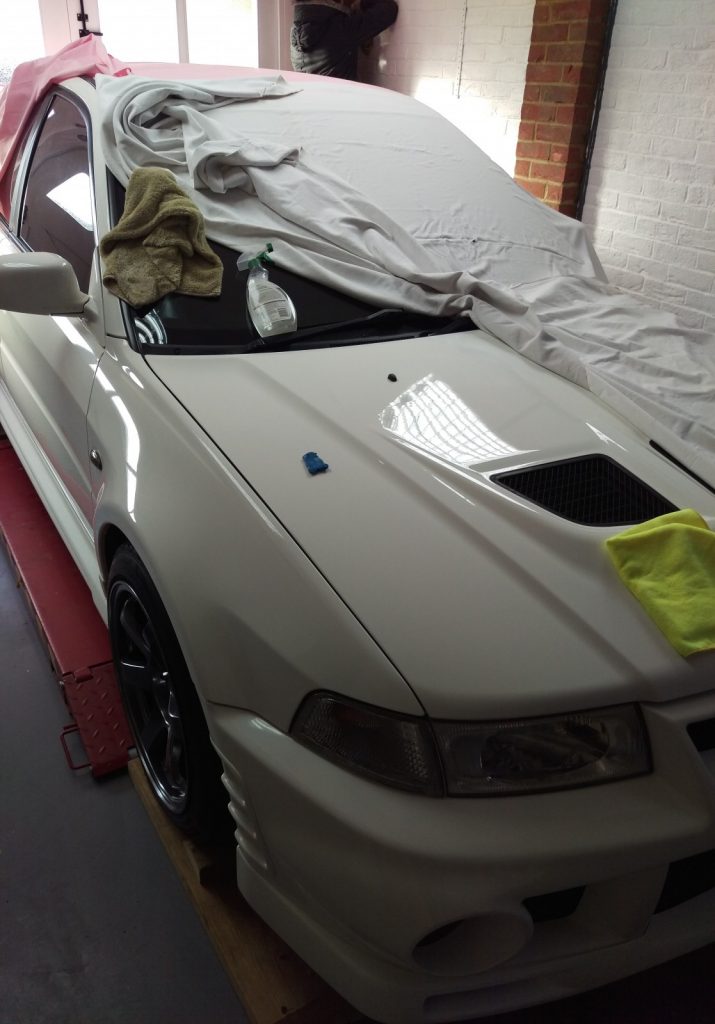 The clay certainly removes the grime that you don’t even know is there. 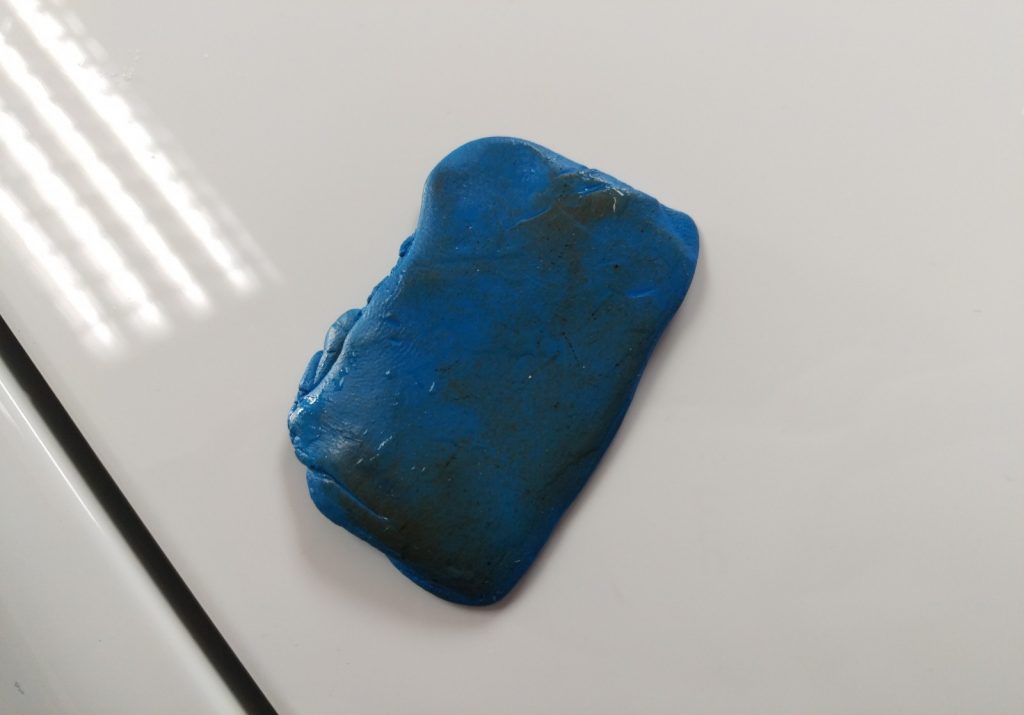 These are what I used. Autoglym Super Resin Polish, Finish Kare 1000P Wax and Poorboys Quick Detailer.  I did Jems Mini just the same the following day. 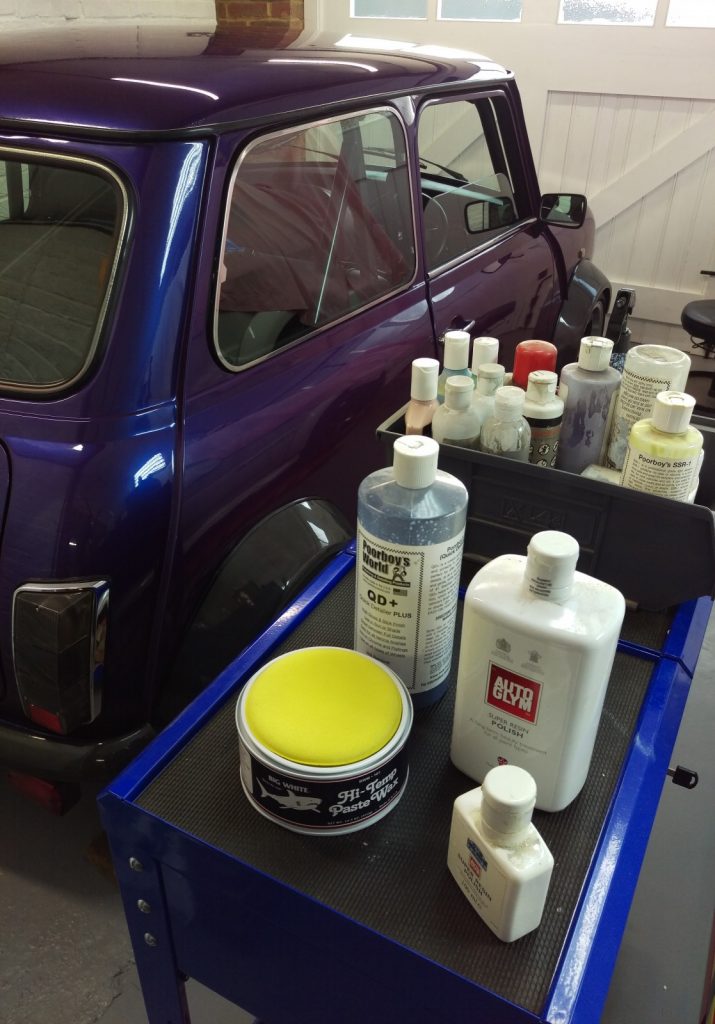 While polishing the car I spent some time cleaning the area around the wing that never gets properly cleaned the rest of the time. 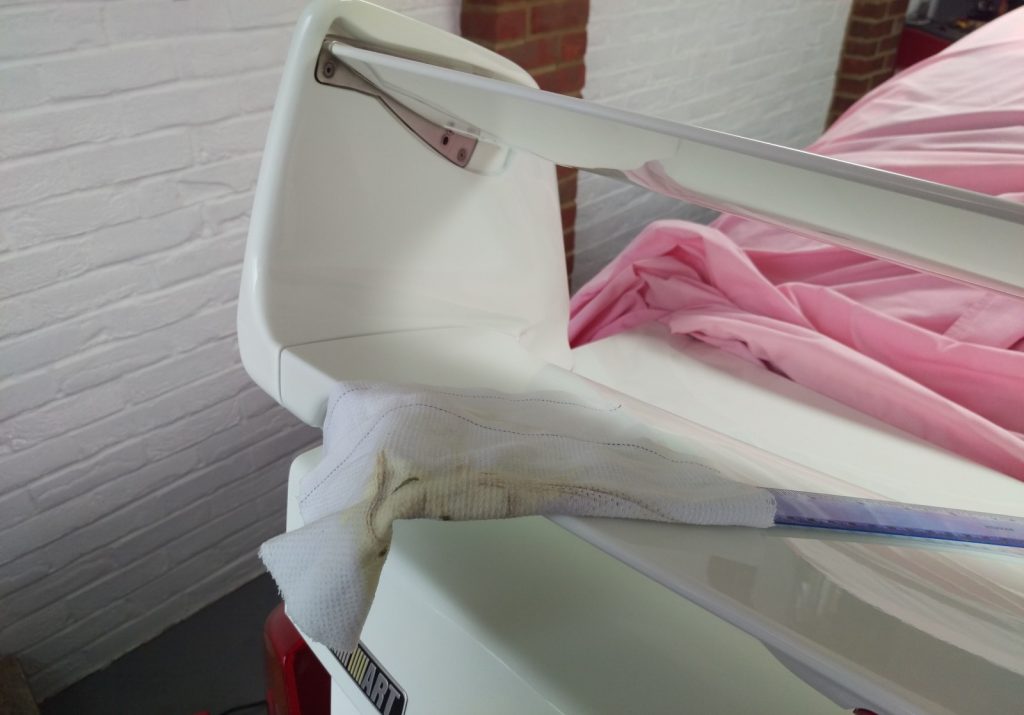 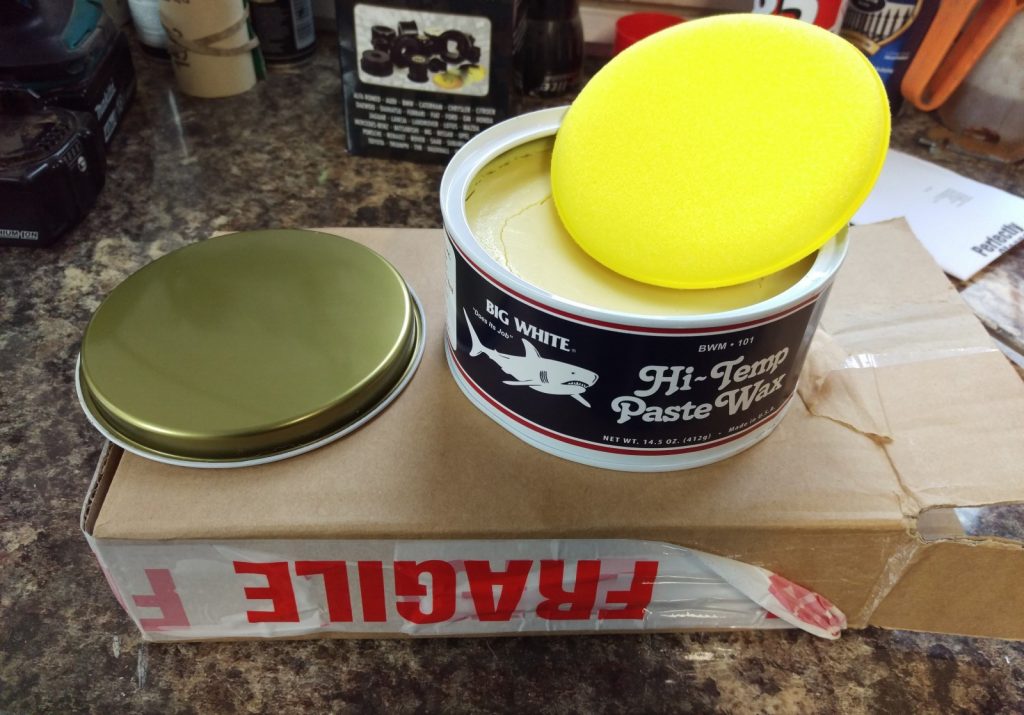 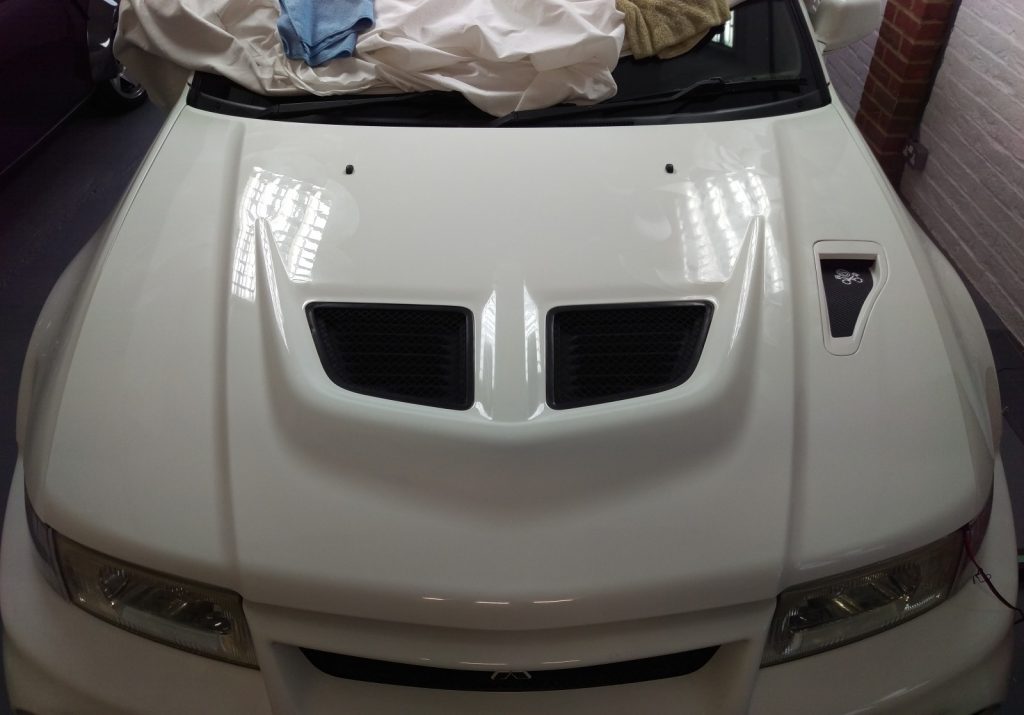 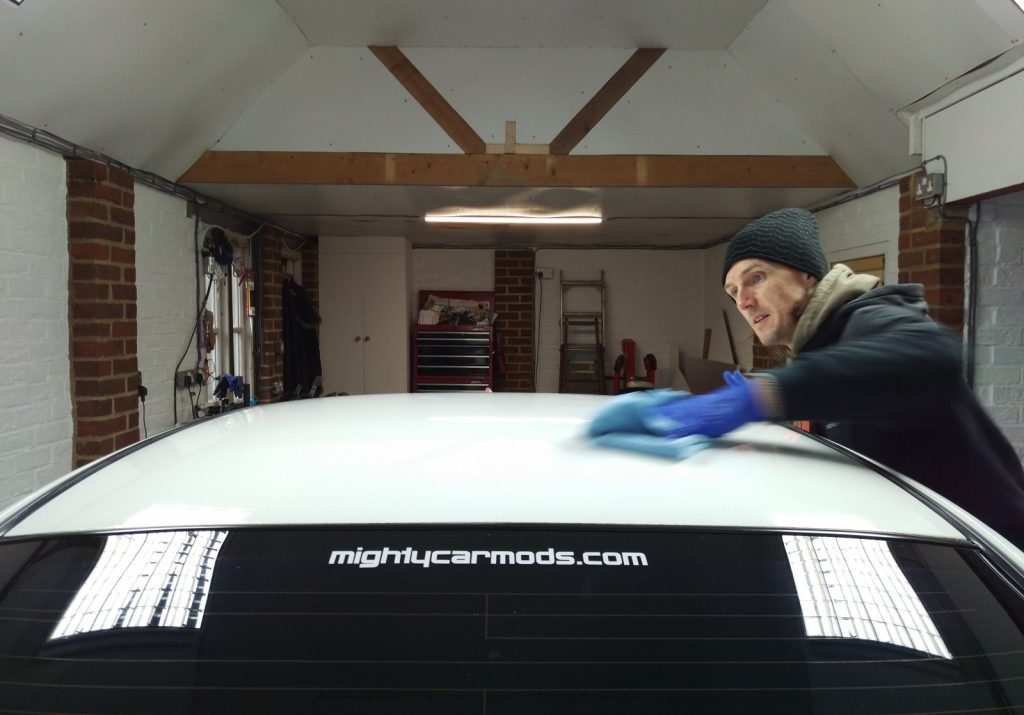 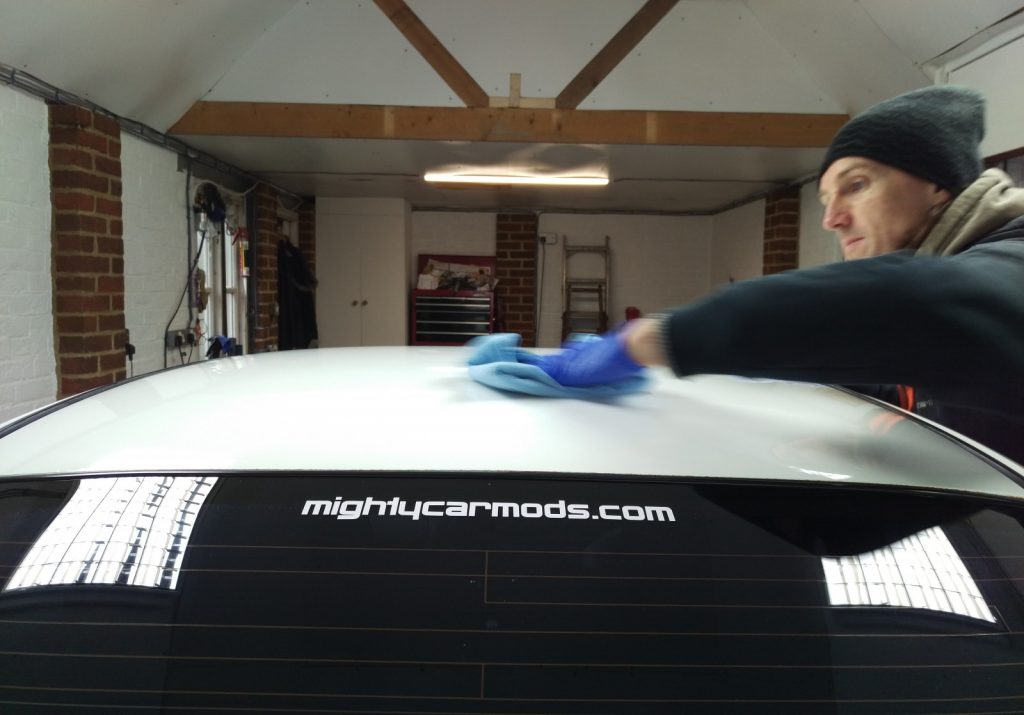 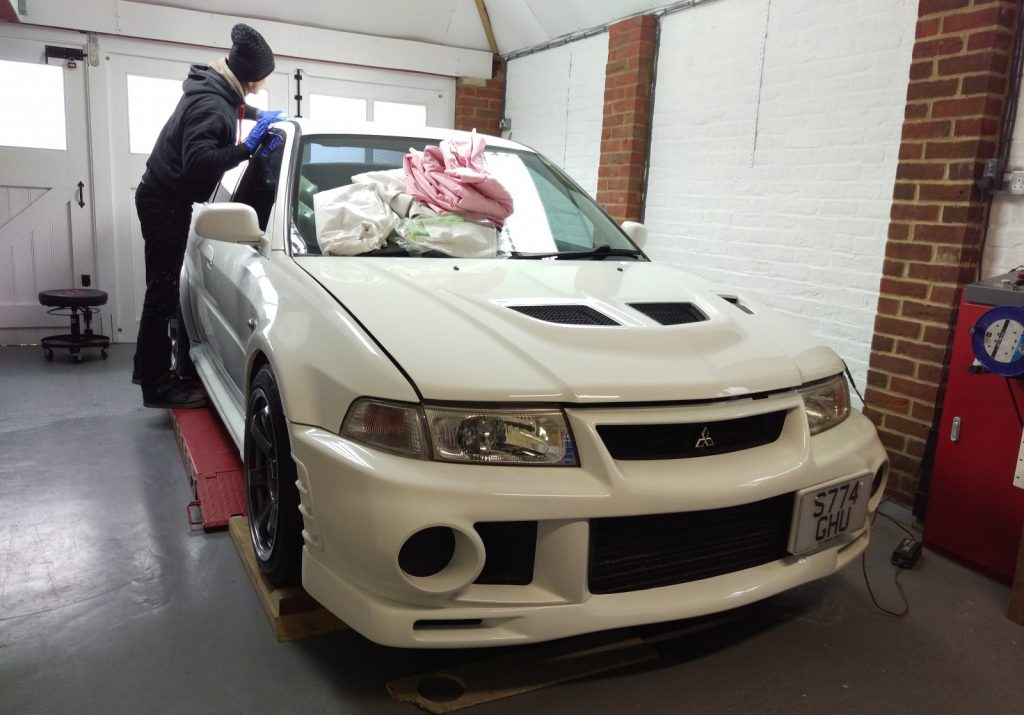 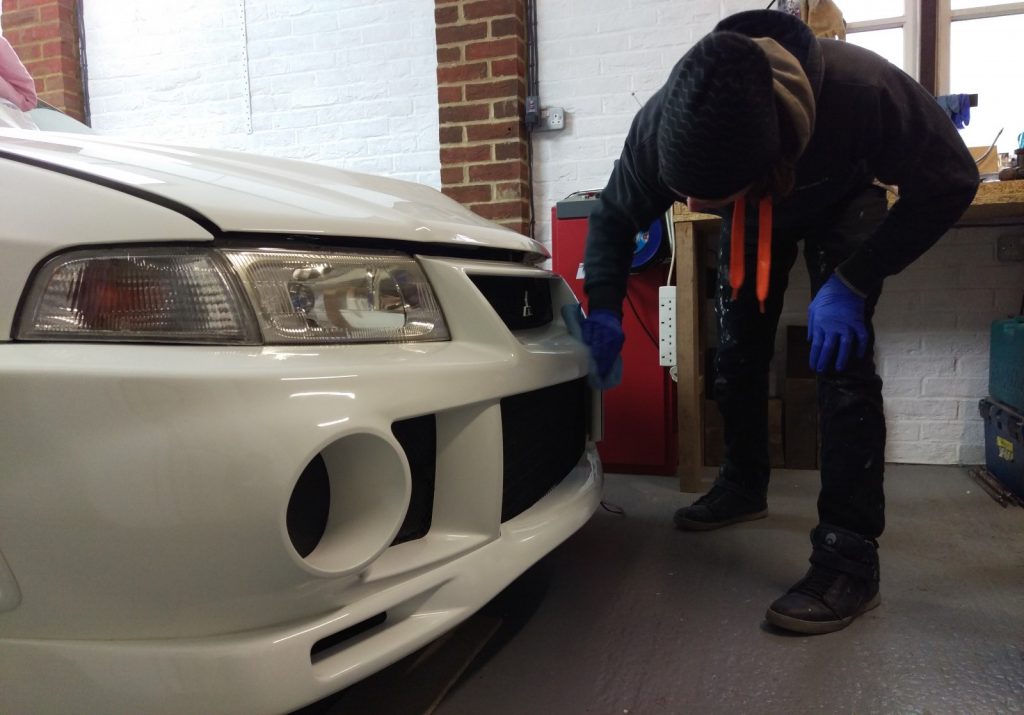 A final coat of QD for an added layer of protection. 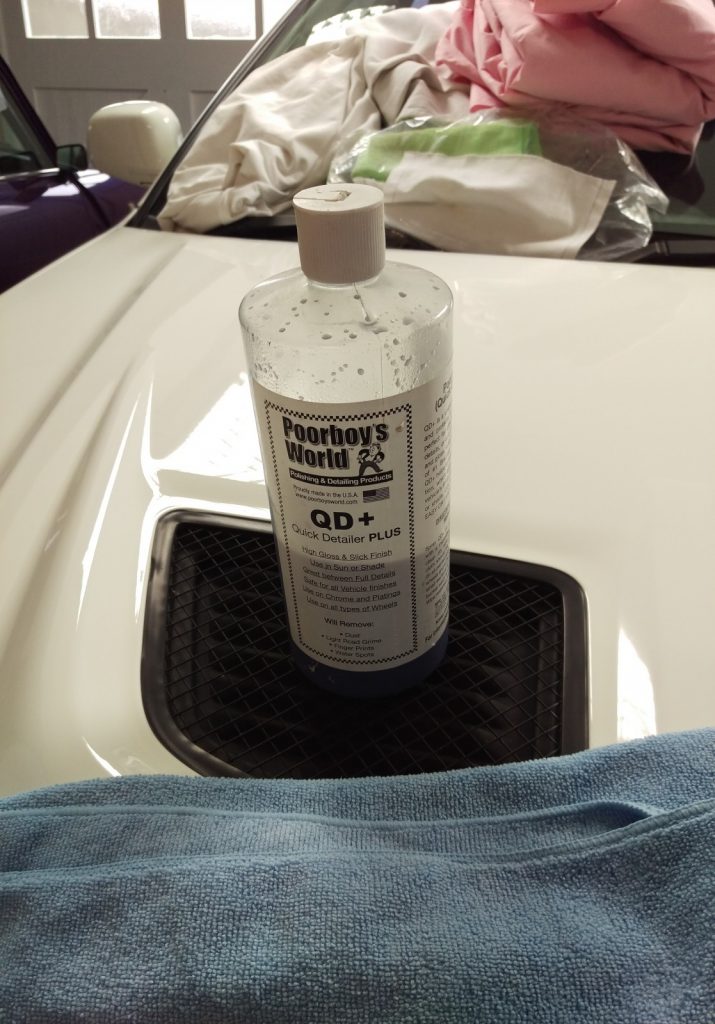 And when it’s all done cover it up to protect your eyes from the dazzling shine! 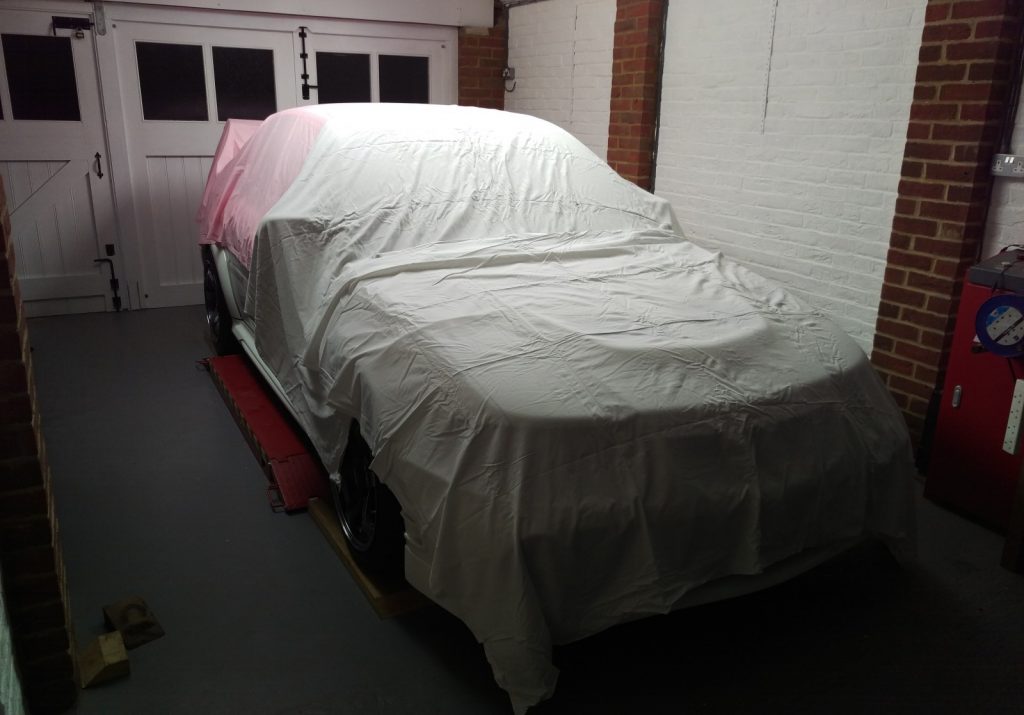 Obviously a proper clean and wax like this makes the paintwork nice and shiny but just as importantly for me it makes cleaning it so much easier. Dirt just doesn’t stick in the same way so most of the dirt comes off with snowfoam before even touching it with a mitt. It’s well worth the effort.