Now I’m going to need some proper lighting so I can actually see what I’m doing. Far too often I’ve worked in garages with inedequate lighting so I’ve ended up struggling with torches and battery lights that run out or floodlights that get hotter than the sun an inch from my face. Well not in my garage!  There will always be areas in the engine bay or wheel arches that will get little light to them so some decent torches etc will be required but if I can get lots of light around everywhere else I will hopefully not have to reach for a torch too often.

Consumer unit in place ready for some cable. 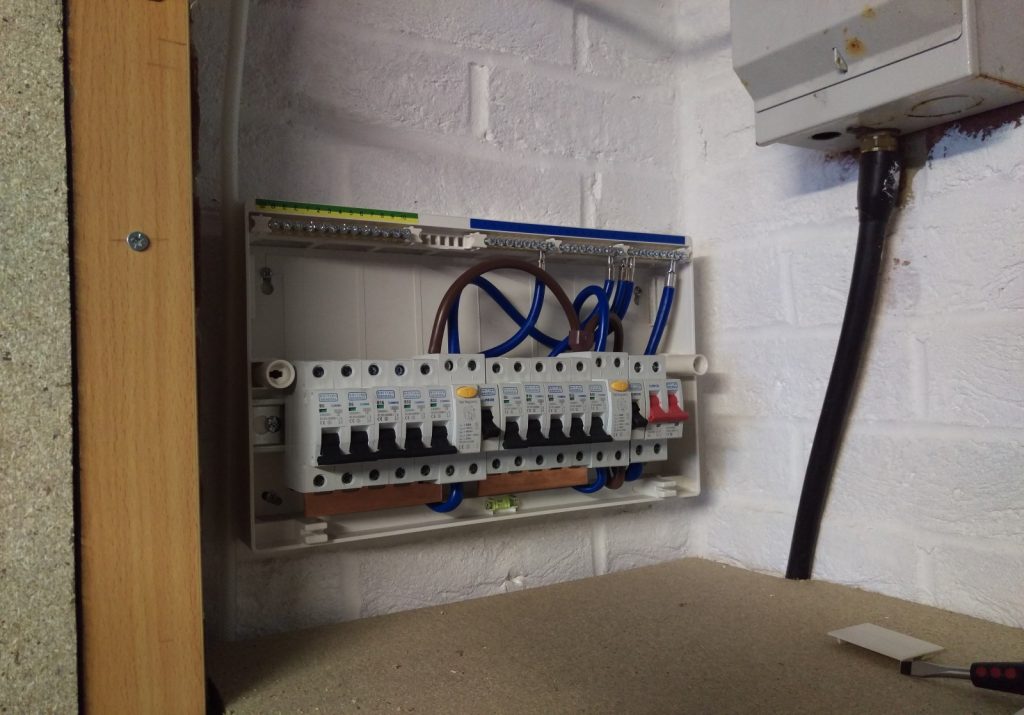 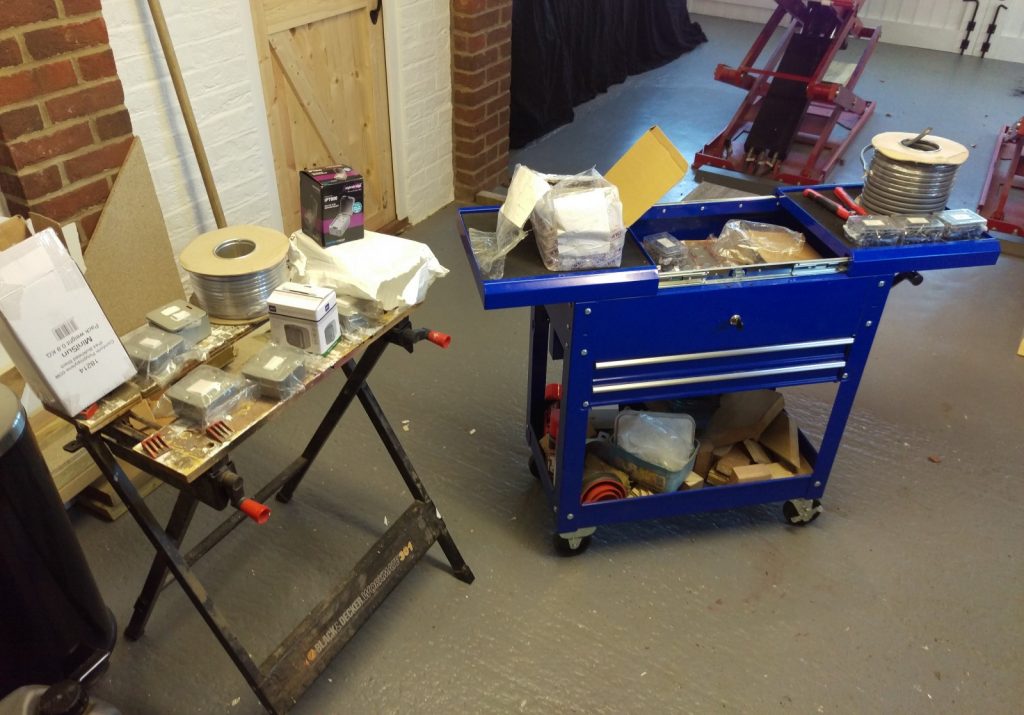 A friend of mine is an electrician which has been pretty useful. He happened to be replacing lots of lighting in a post office and loads of these lighting units were going in the skip so he rescued a couple for me. 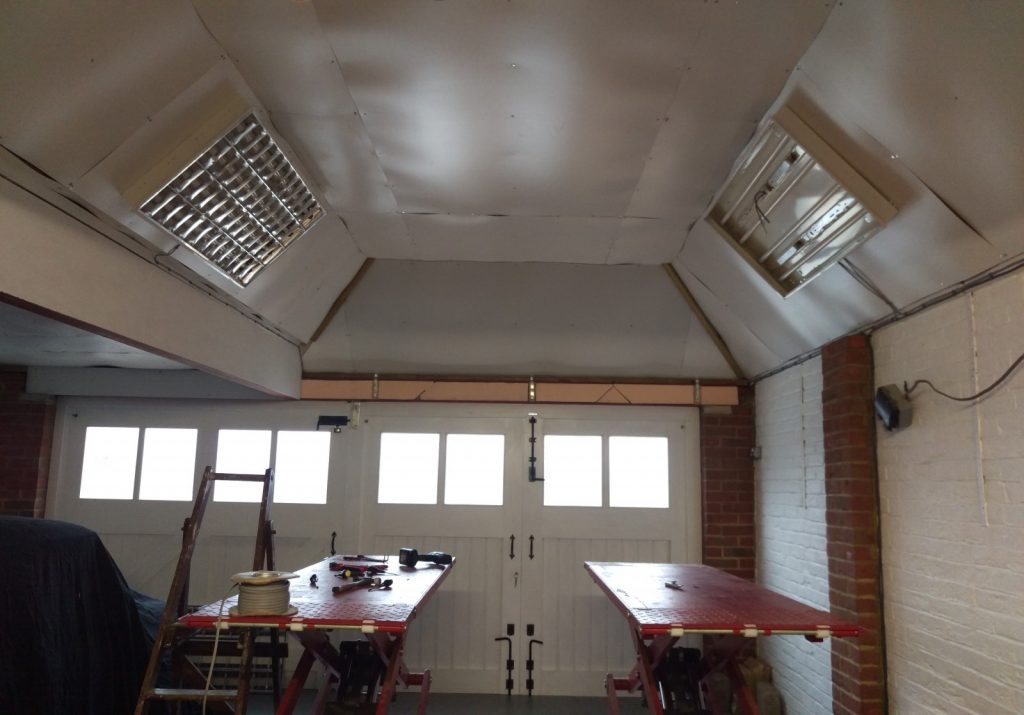 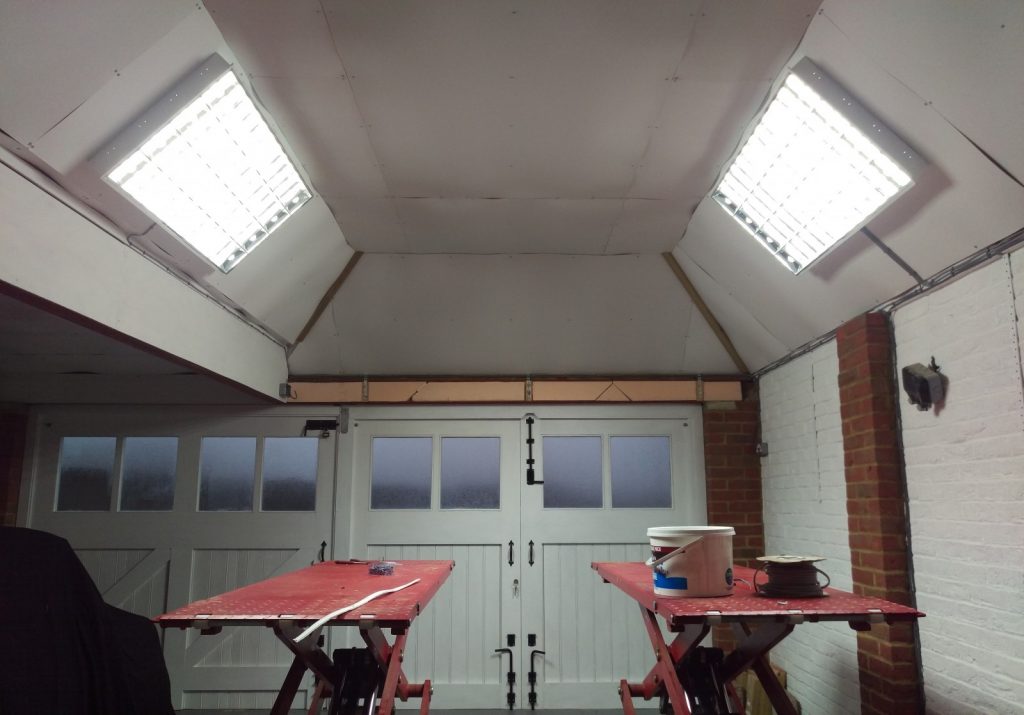 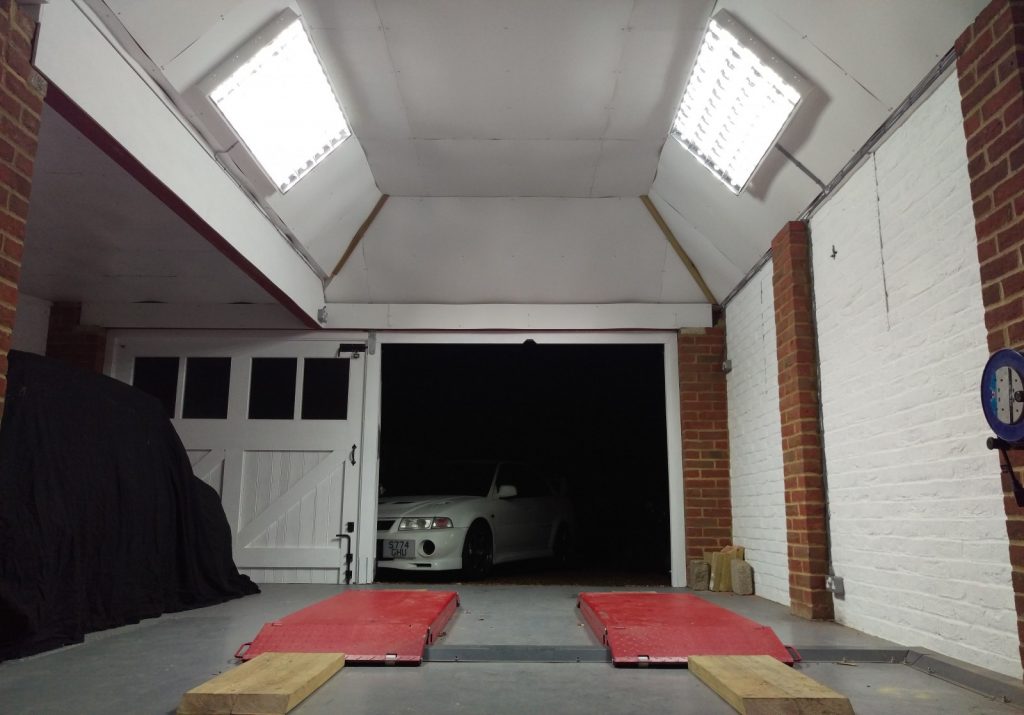 They put out a decent amount of light alone. 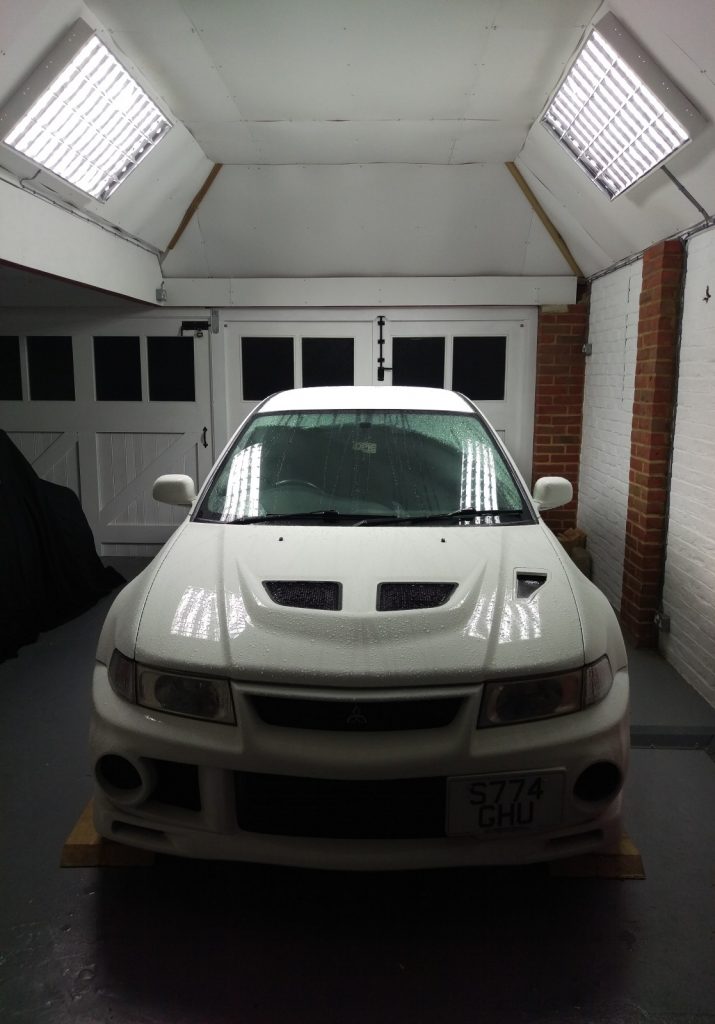 A sort of plan for a ring main around the whole garage with socket locations. 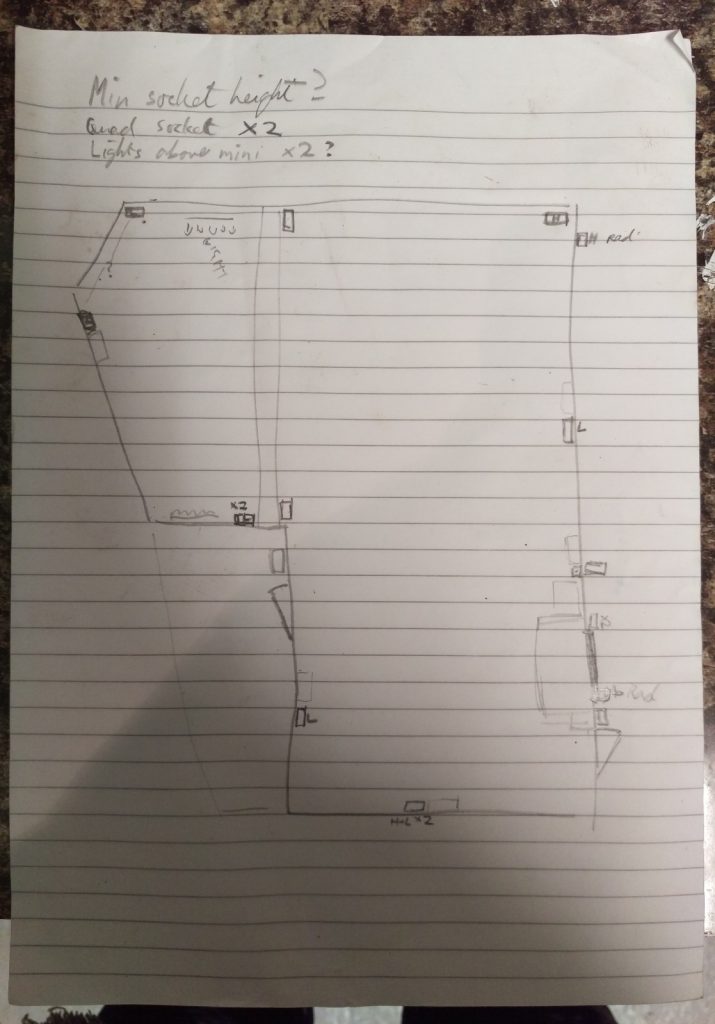 Some of the new cable in place and the old stuff coming out. 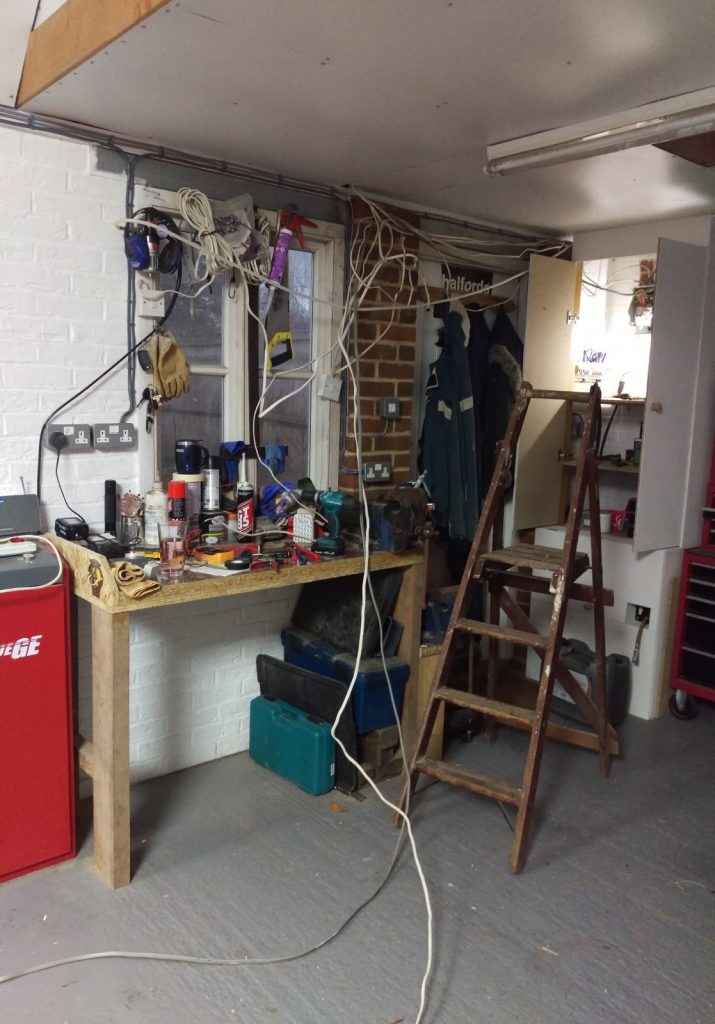 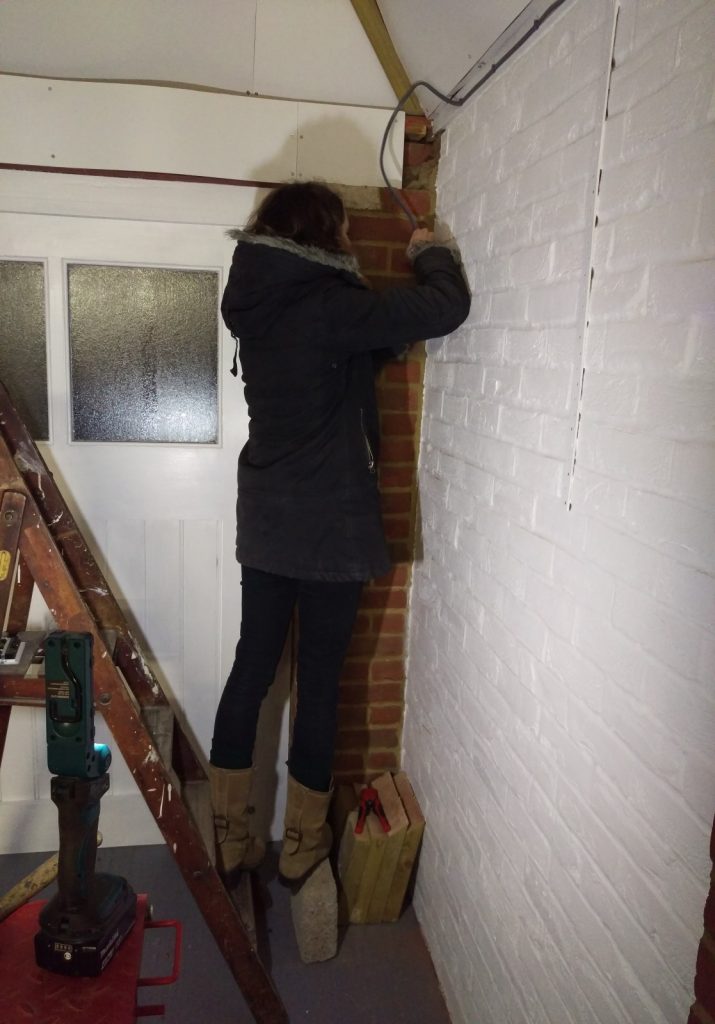 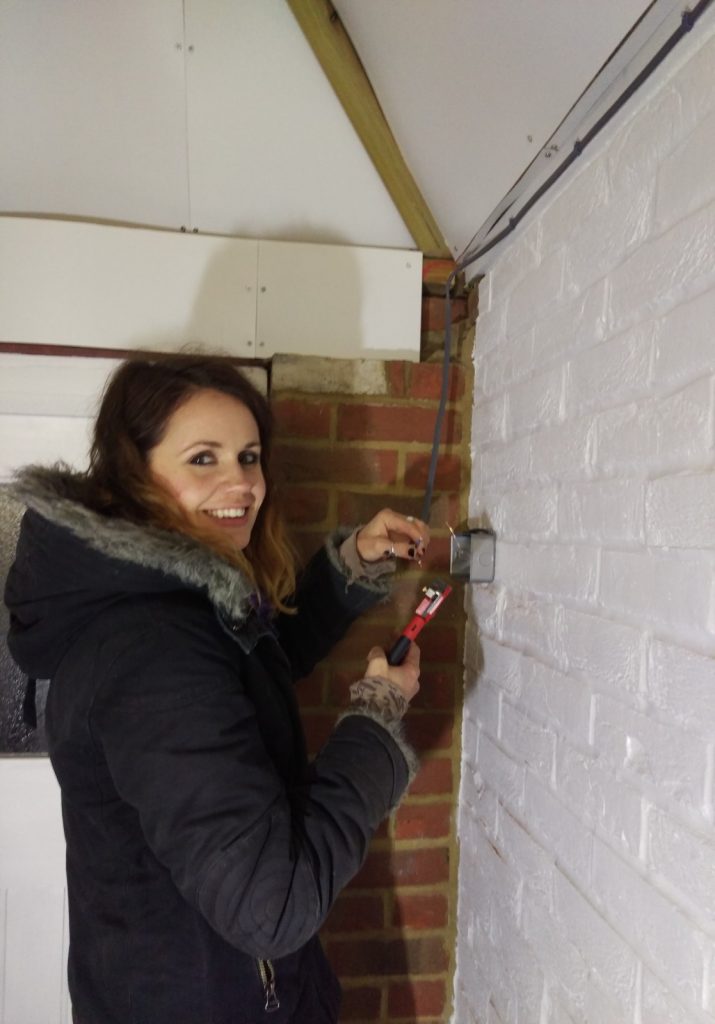 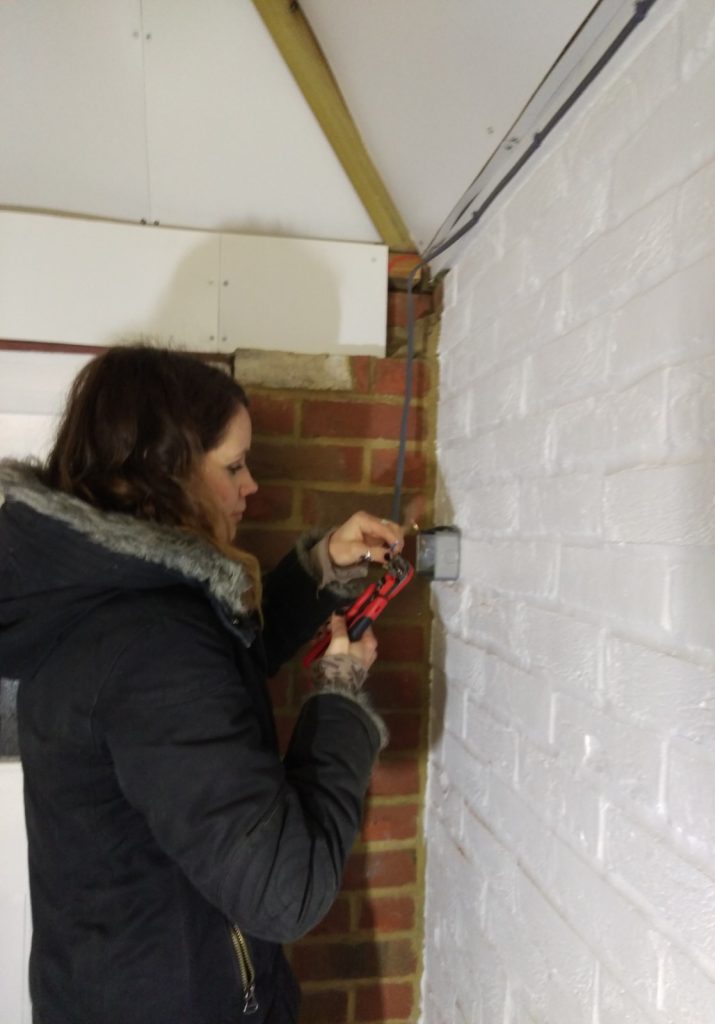 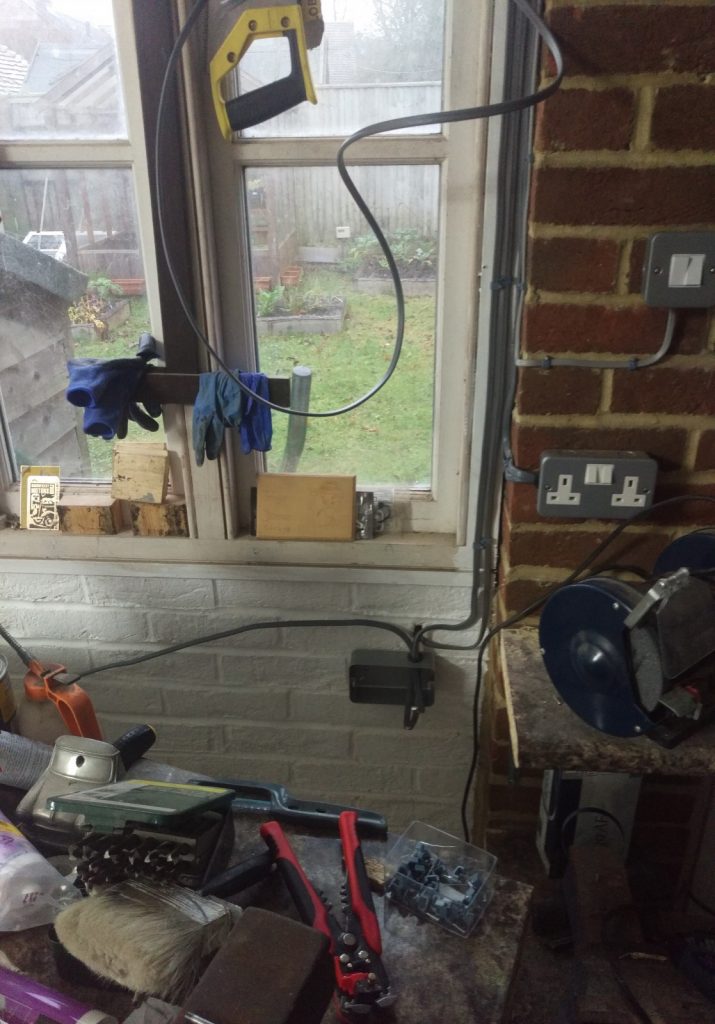 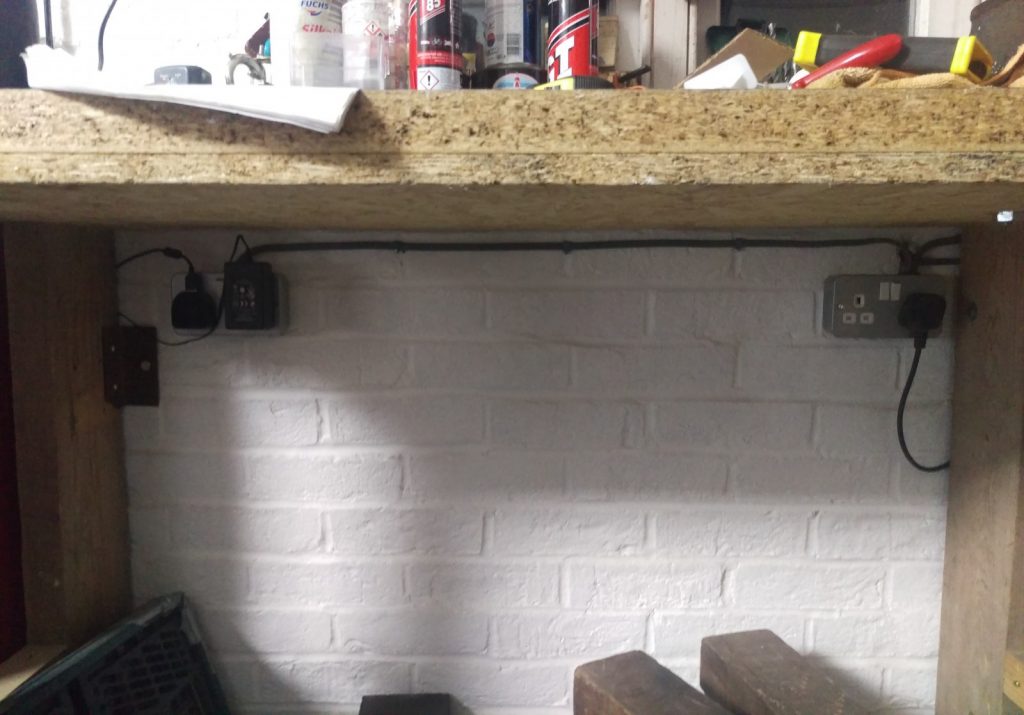 and more cable after running out 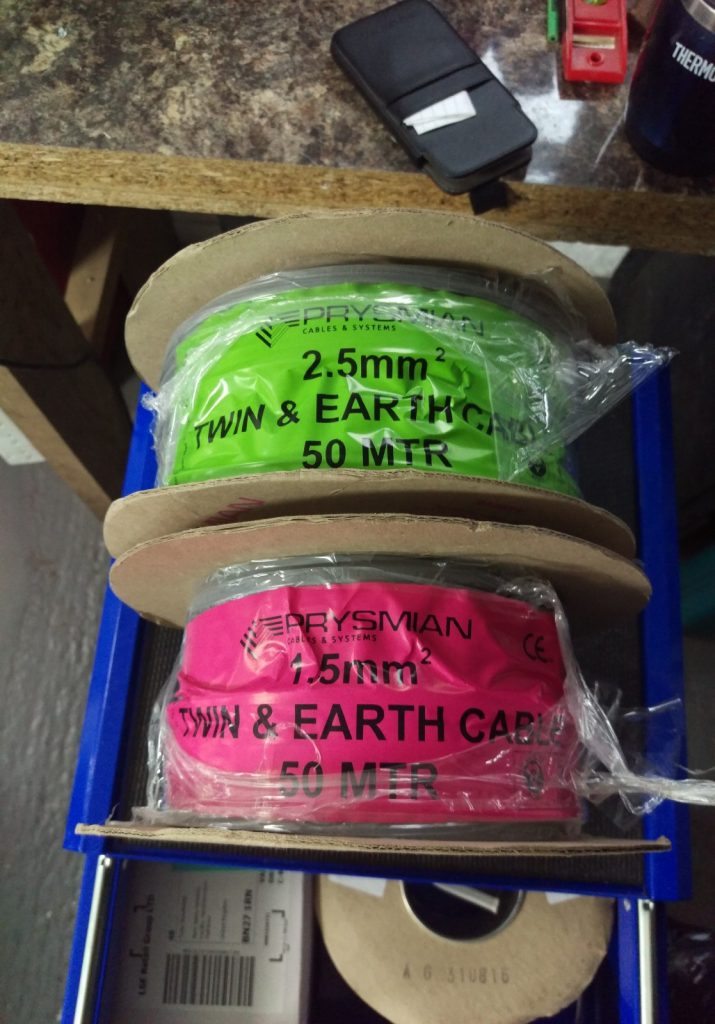 More sockets on the ring. 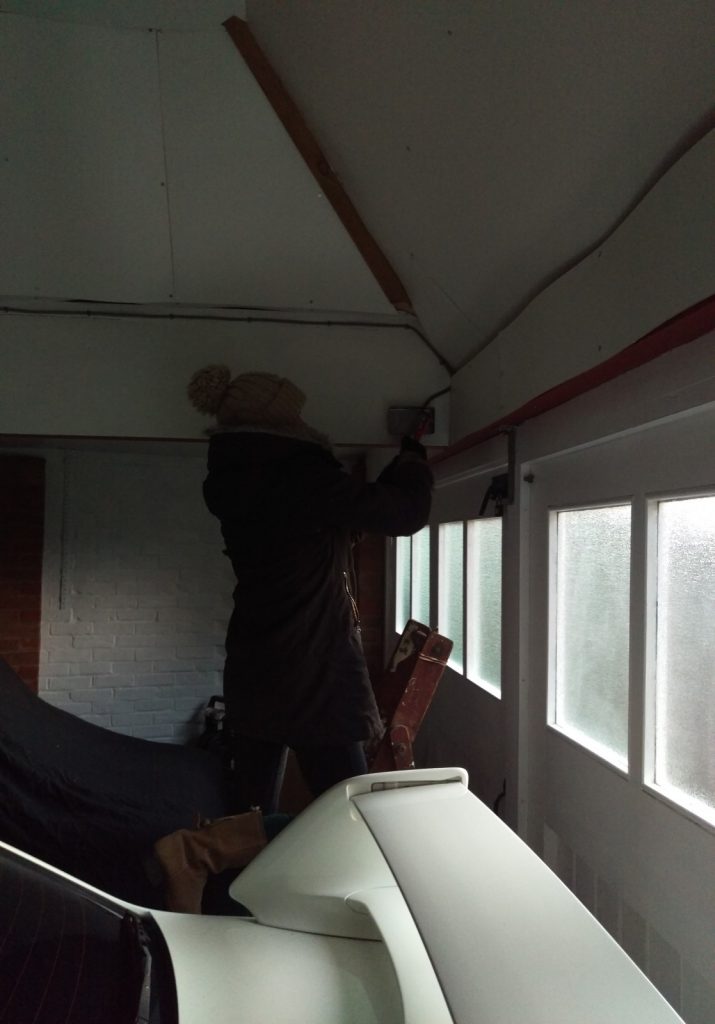 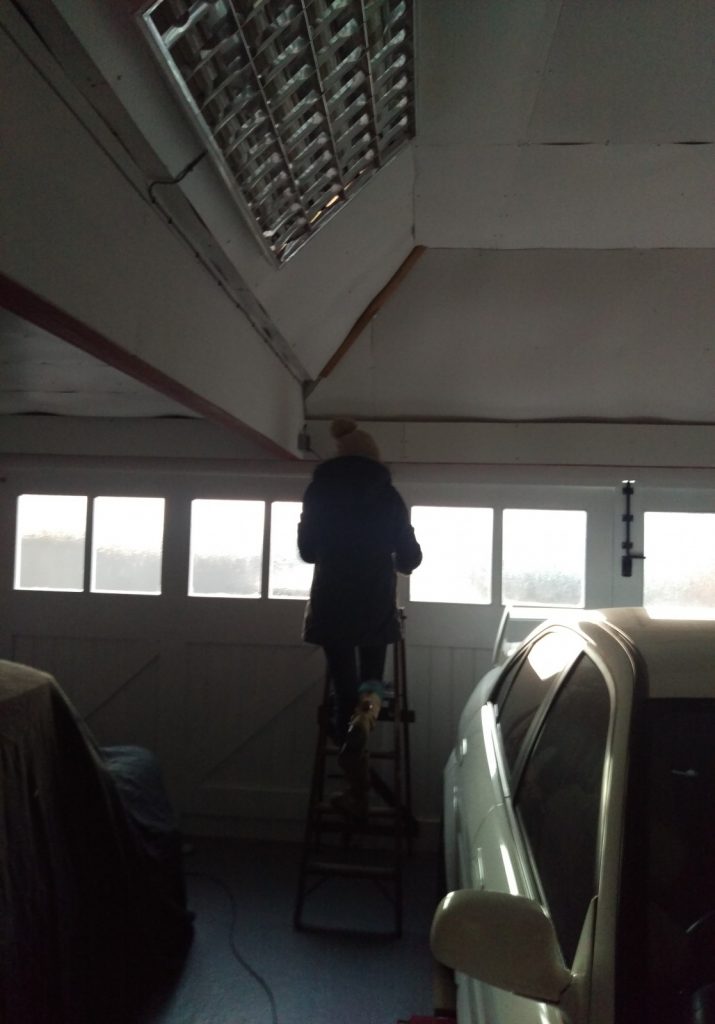 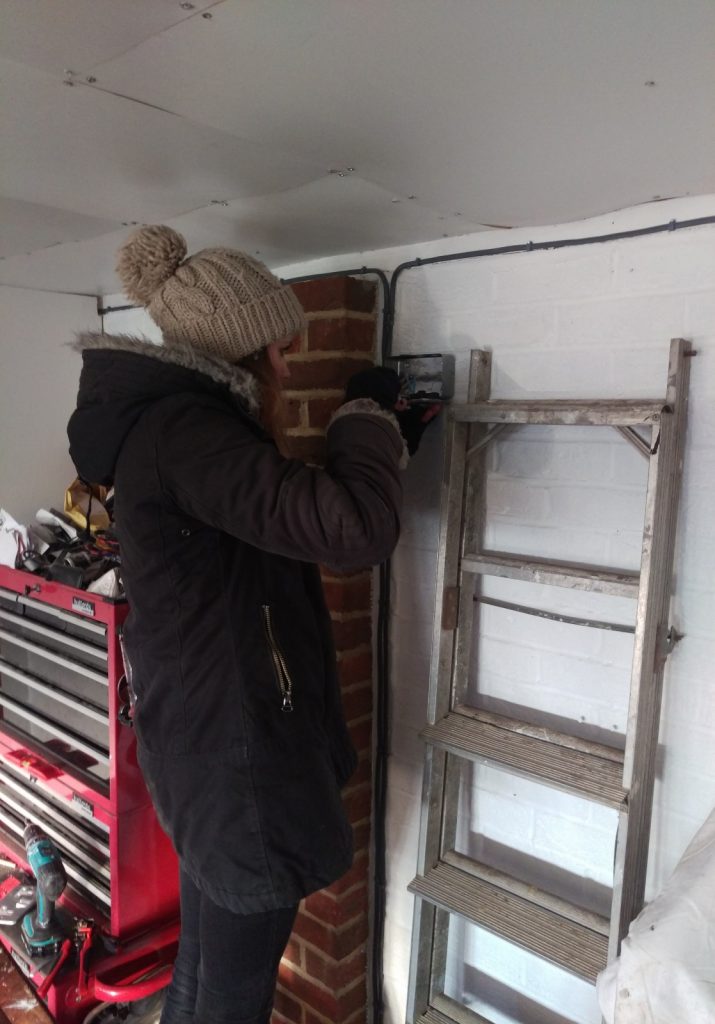 Happy in her work. 🙂 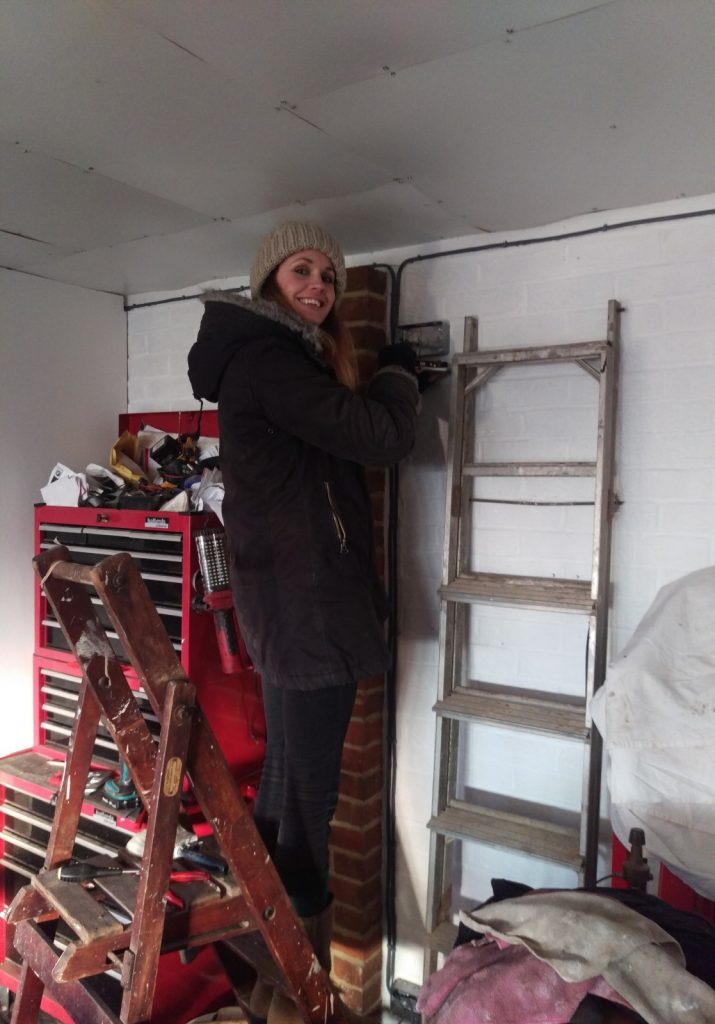 Some cheap LED 1.2m batten lights.  Thought I’d try these out as they are LED, nice and compact and give out a decent amount of light. 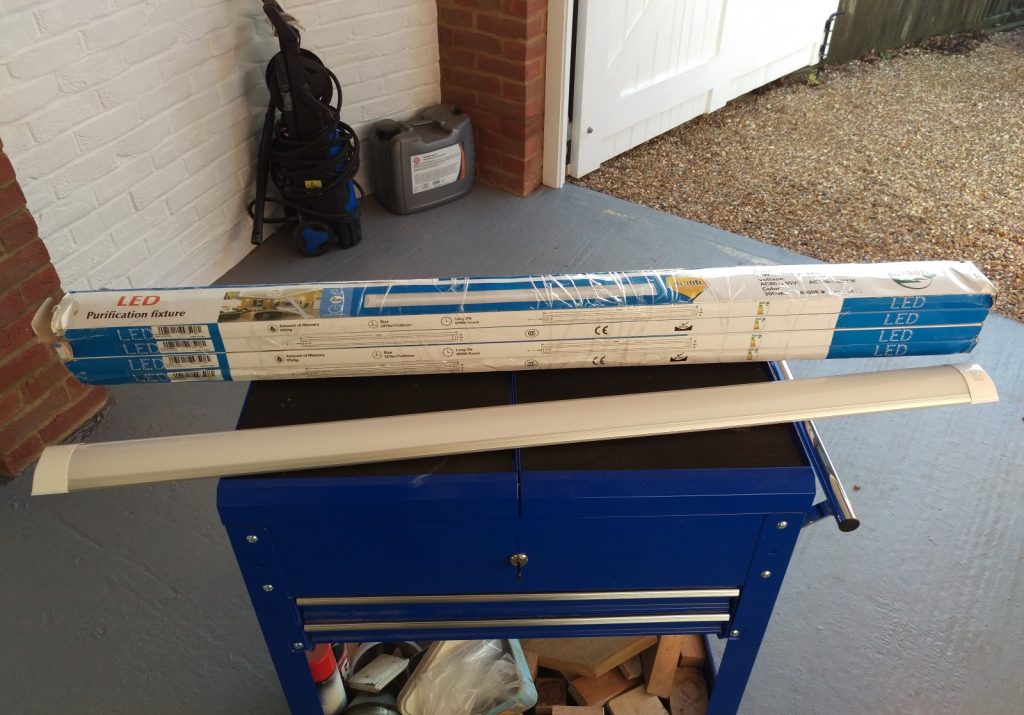 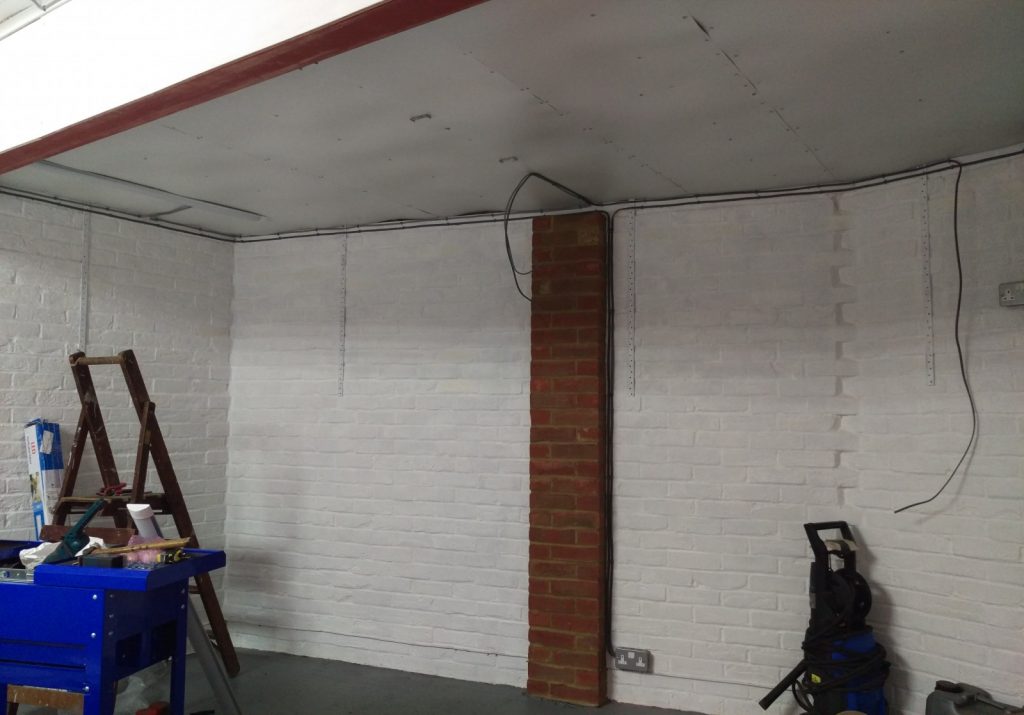 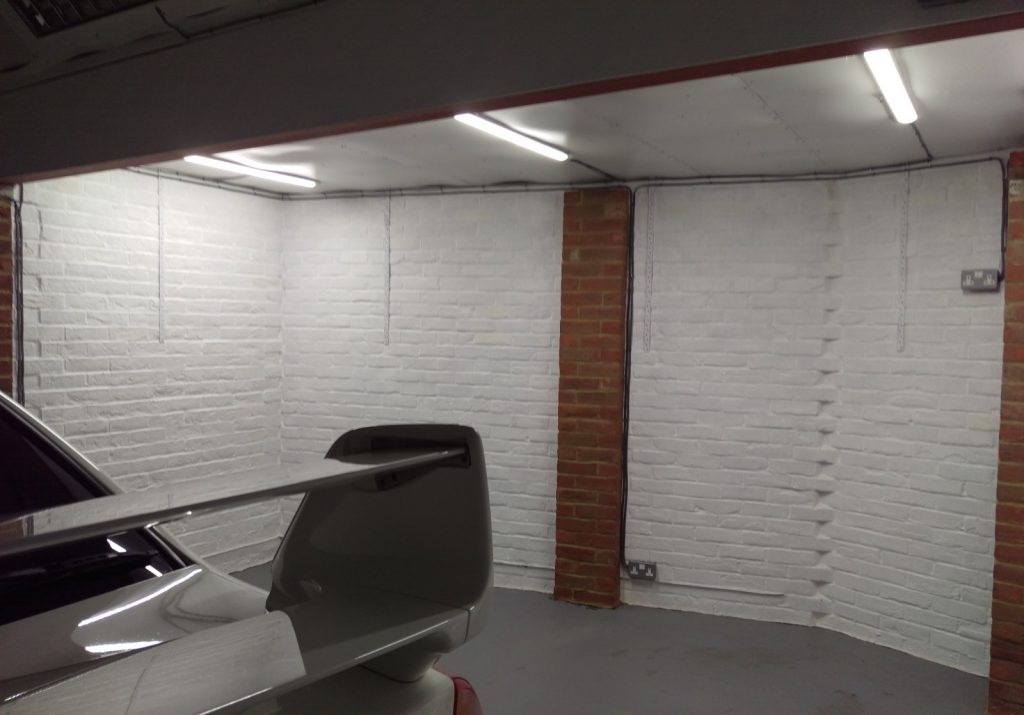 One at the back to replace the old florescent strip light. 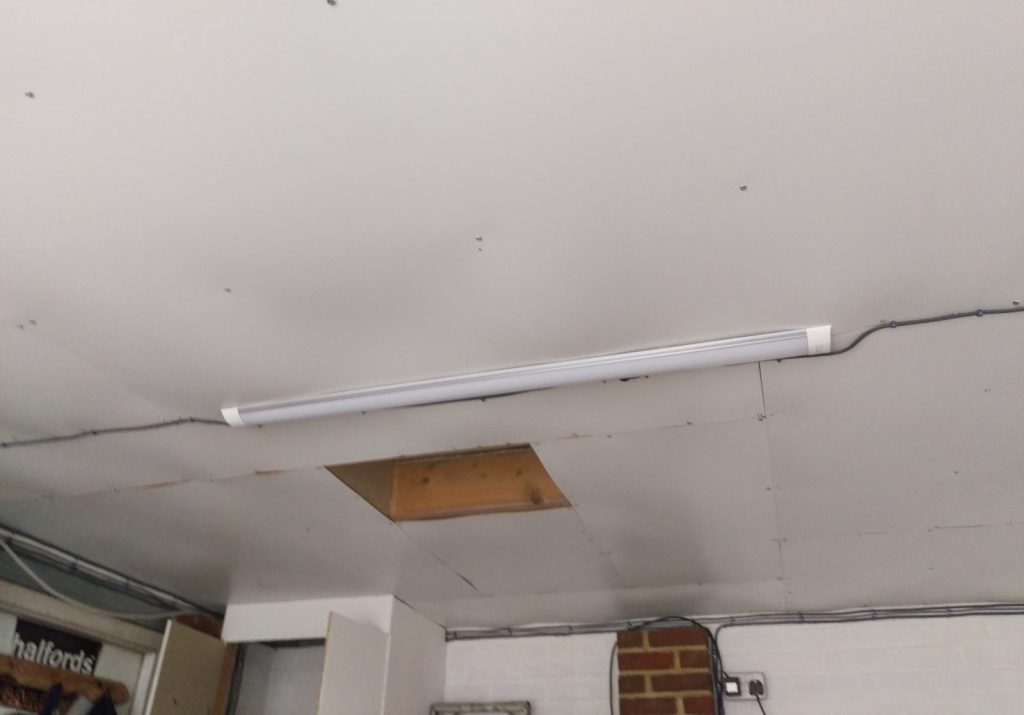 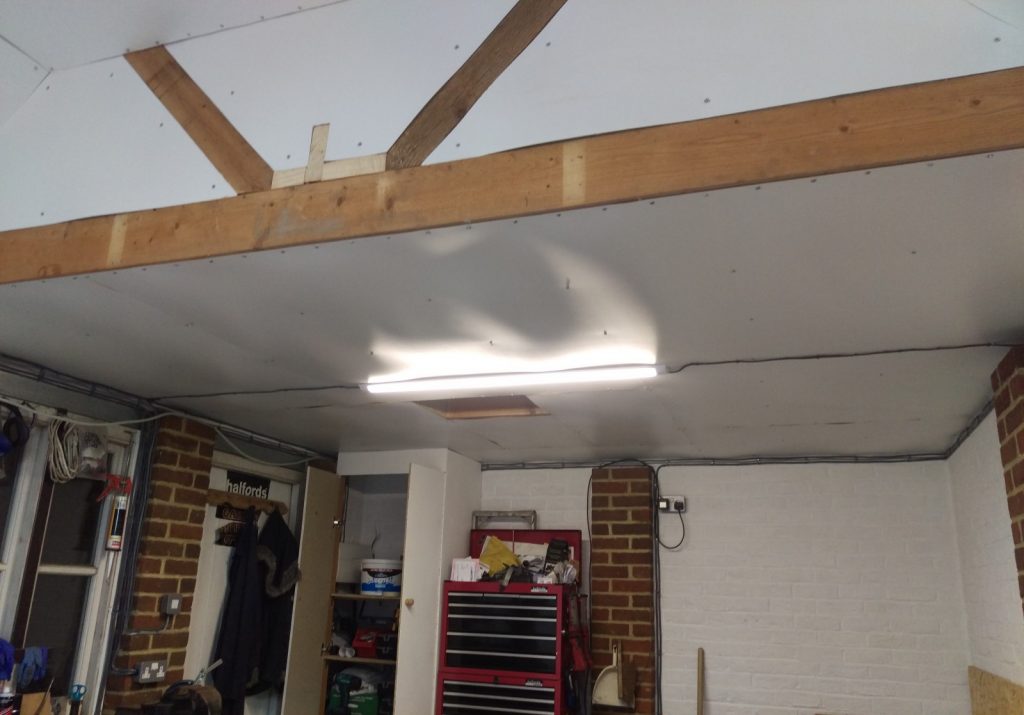 Quite impressed with the lights.  I will see how they are after some hours use as I know cheap LED’s can start to mess about or flicker.  If they are still good after plenty of use I think I will order more as I have a plan for lighting the main work space around the lift. 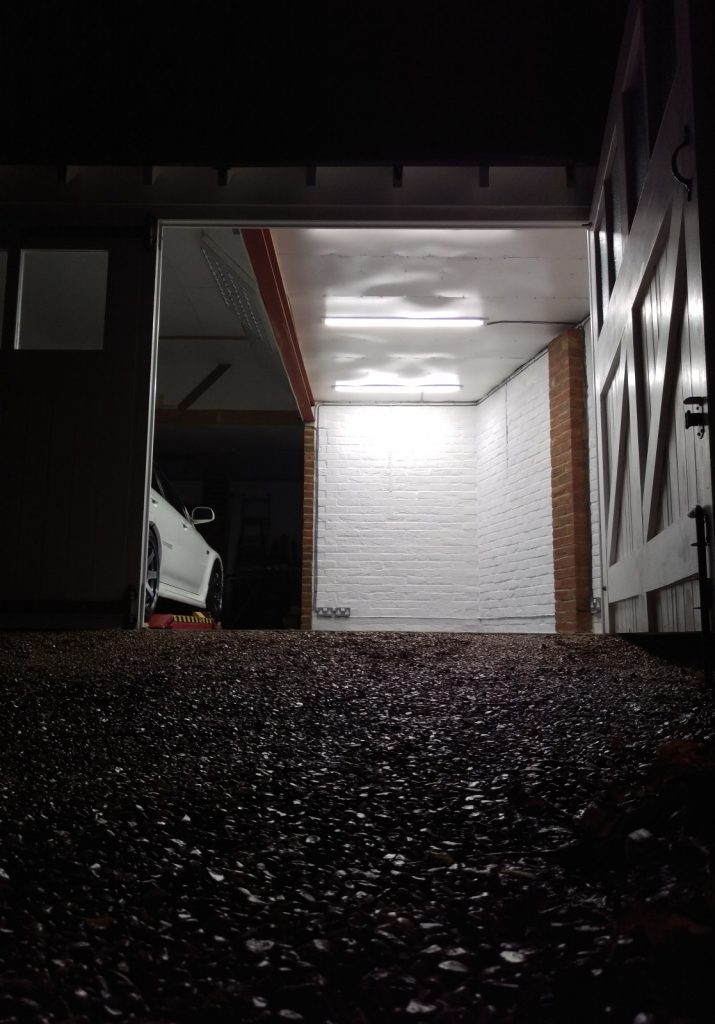 The Mini back where it belongs.  Now I can polish and wax it or do small jobs on it there under some decent light. 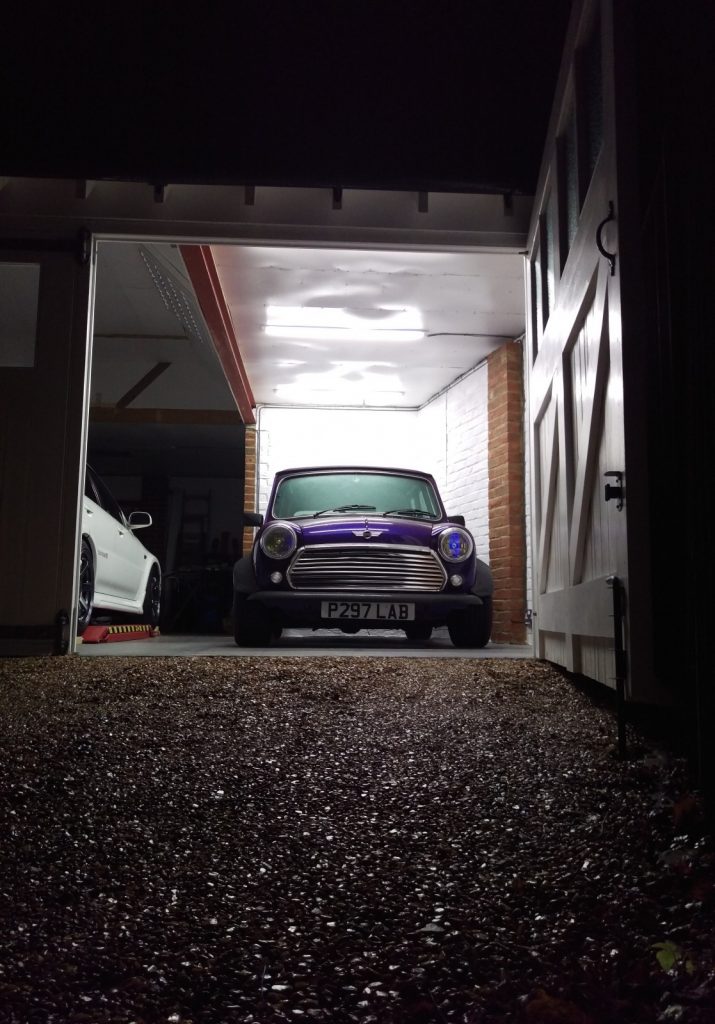 As part of the garage rewire I thought Jem might like some lights in here shed too. 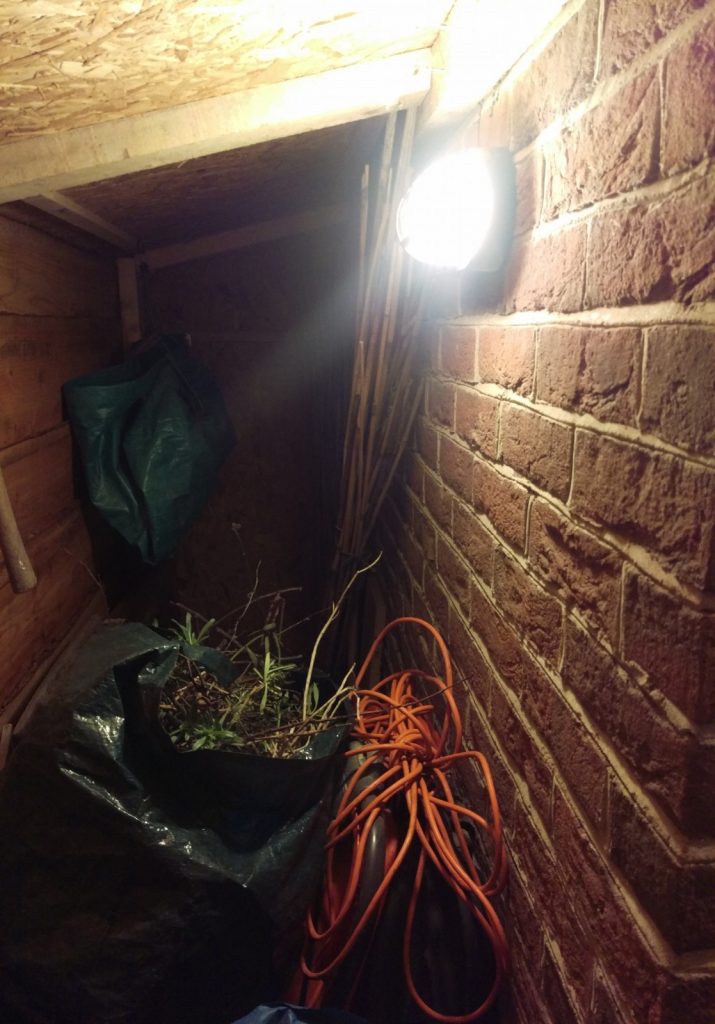 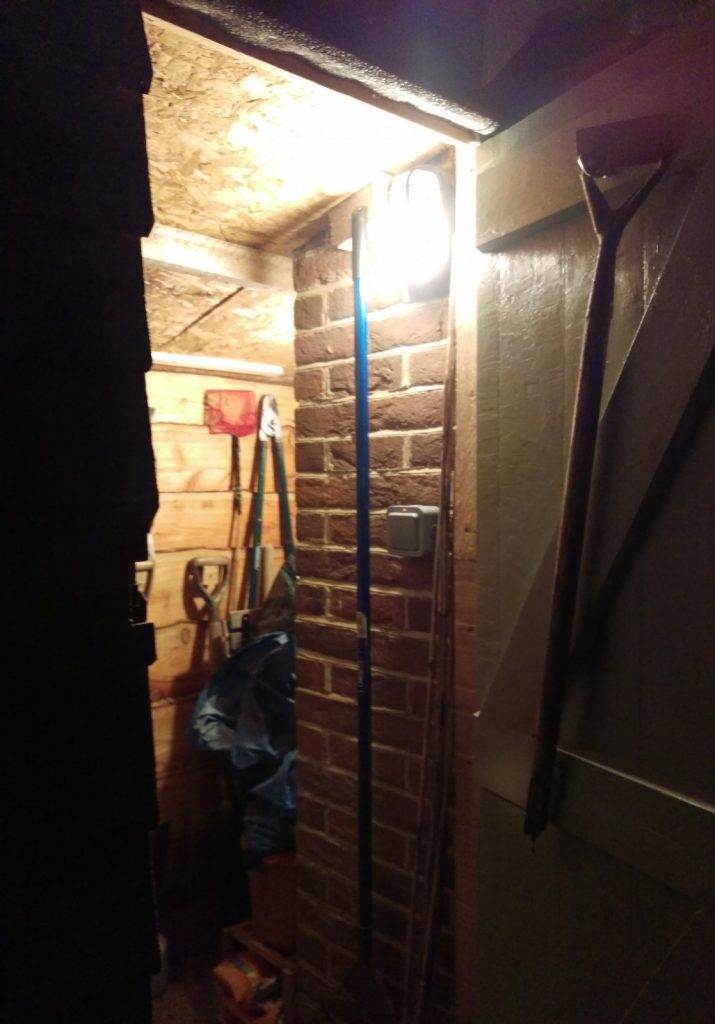 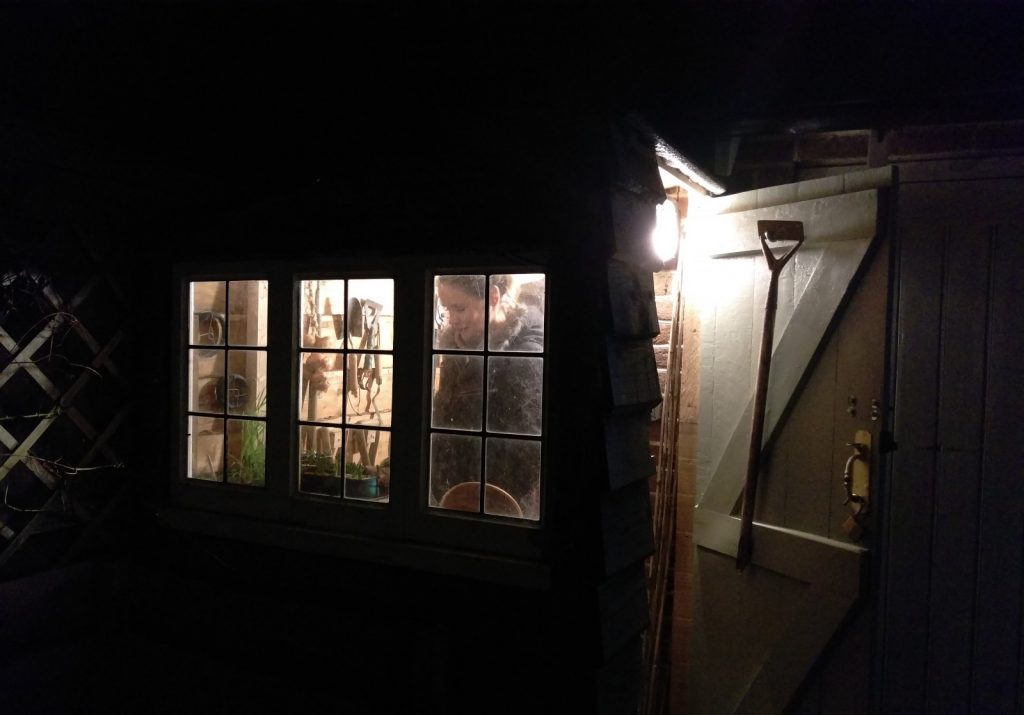