The EJ255 engine in the Forester STI is capable of a good amount more power reliably but to get the most out of it some supporting mods are required.

The OE fuel pump is certainly something that will have it’s limit and age will only have reduced that limit. It seems they will generally be fine for lower increases in power but at any power increase I’d say it’s safer to replace the OE pump with a new item.

As I was aiming for an increase in power greater than the normal remap to 320ish bhp. So a higher flow fuel pump was what I needed. I had a bit of a read of various forums etc and decided to go for a SWRD 340lph pump.

Fitting the higher flow pump would have no effect on the running of the engine in it’s factory setup and with the factory engine map so this was something I could do plenty ahead of time before the other mods and eventual remap.

With the Forester the fuel pump is accessed through the back. 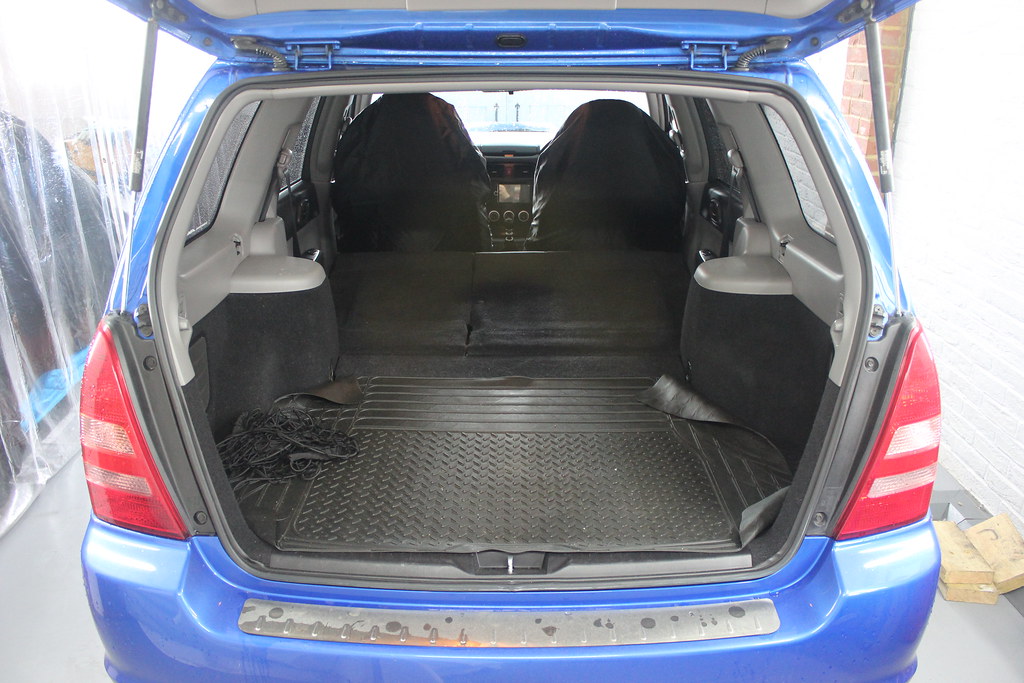 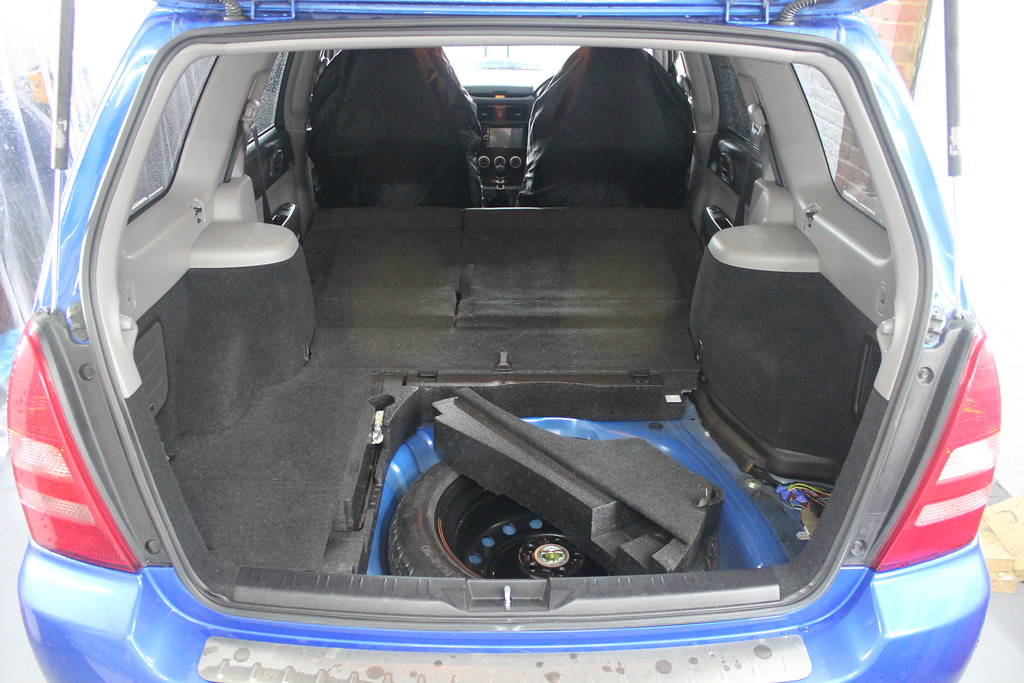 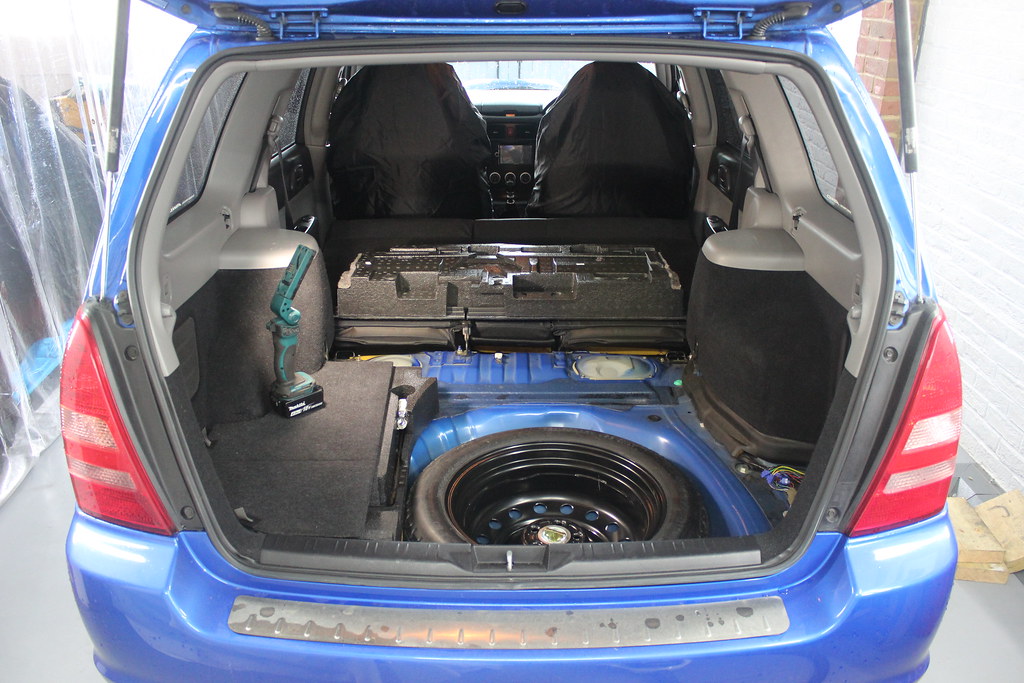 The fuel pump is under this cover. 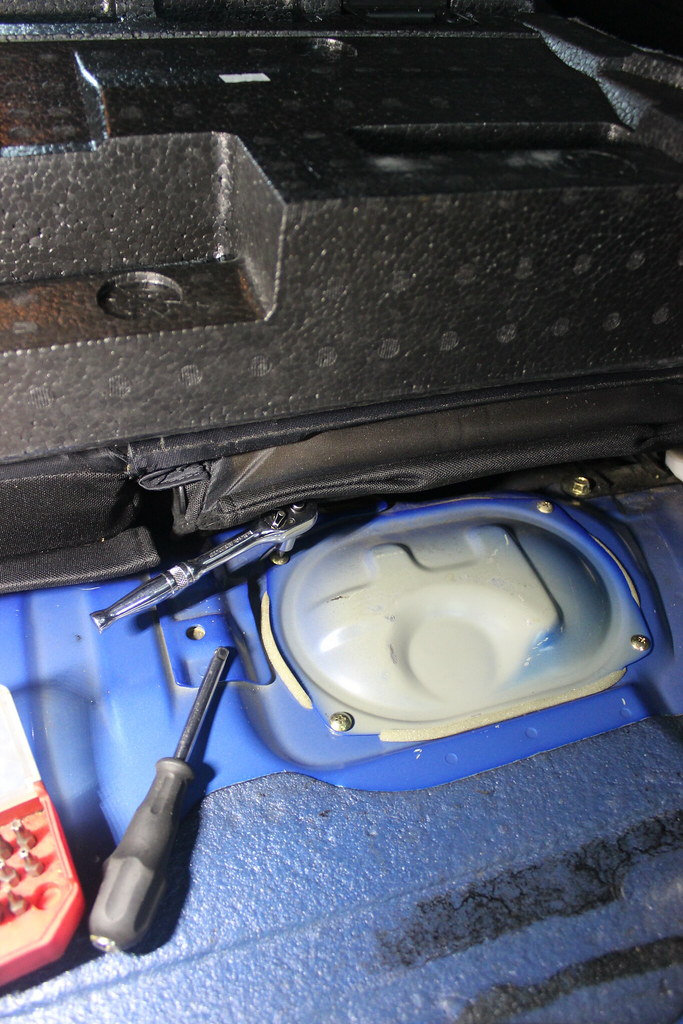 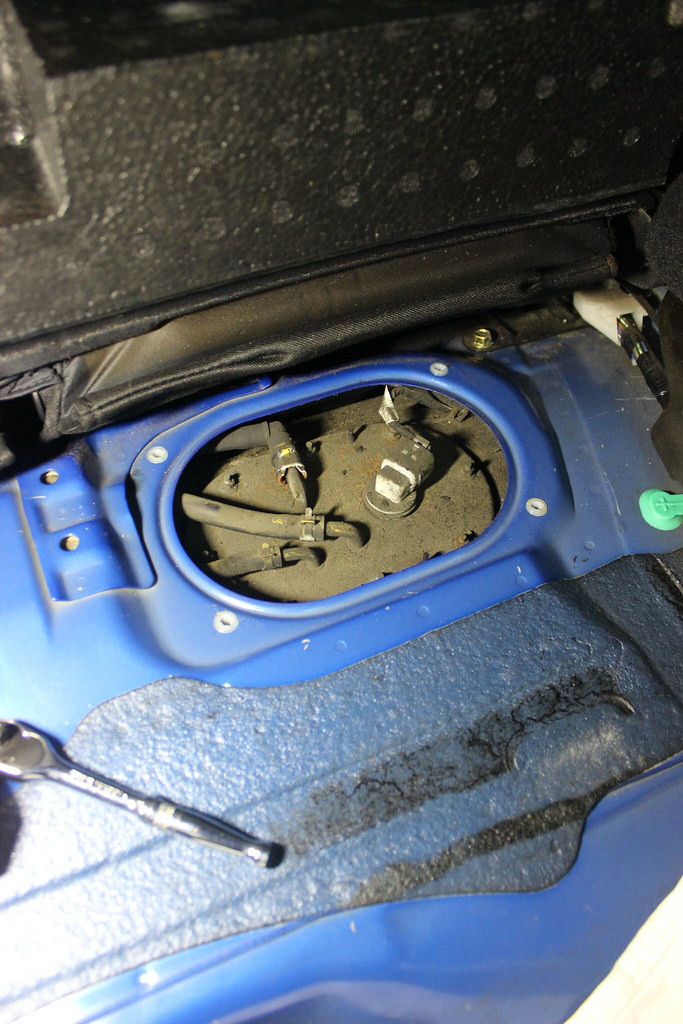 Before removing the hoses, electrical connector and bolts it’s best to clean all the dirt and dust that has collected around the area. 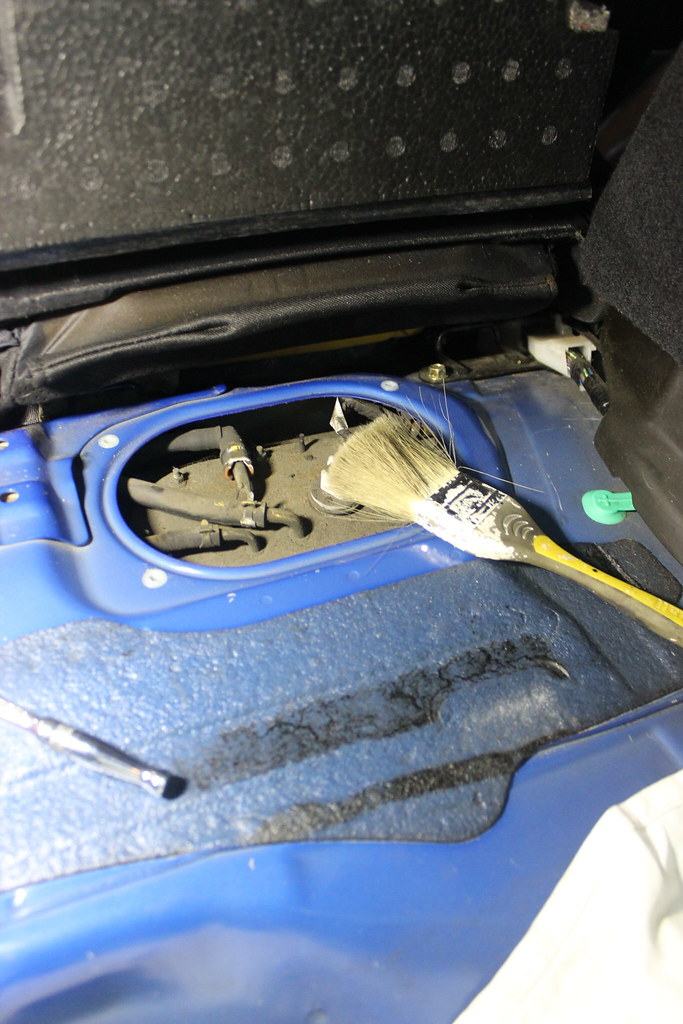 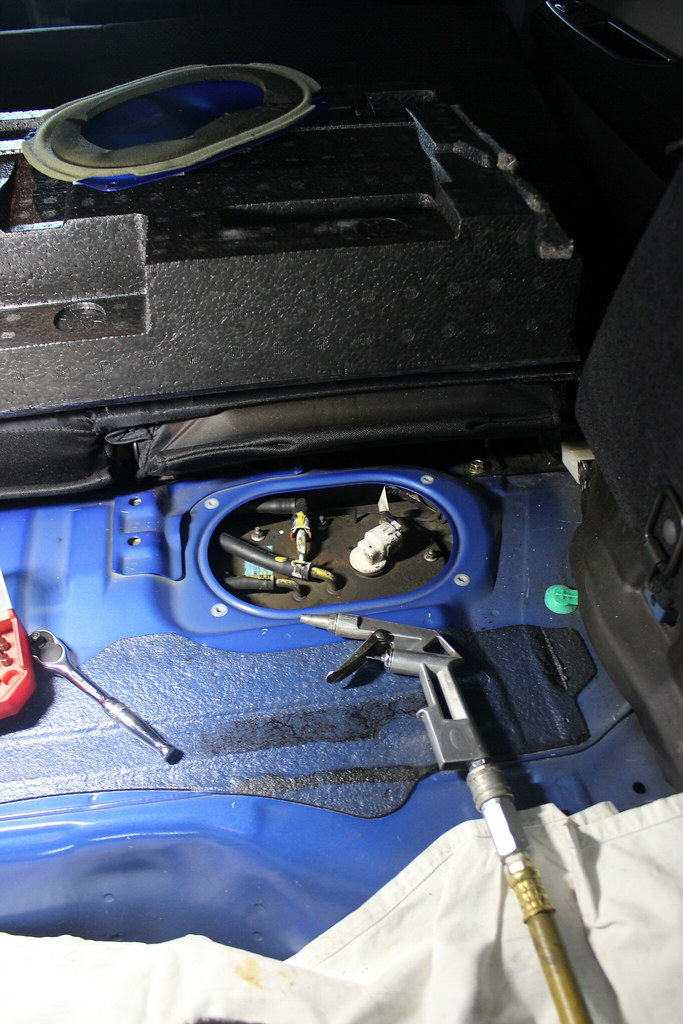 I used an old paint brush and the air line to clean the area. If you don’t do this before removing the cover to pull the pump out then all this filth will end up falling down into the fuel tank which you really don’t want! 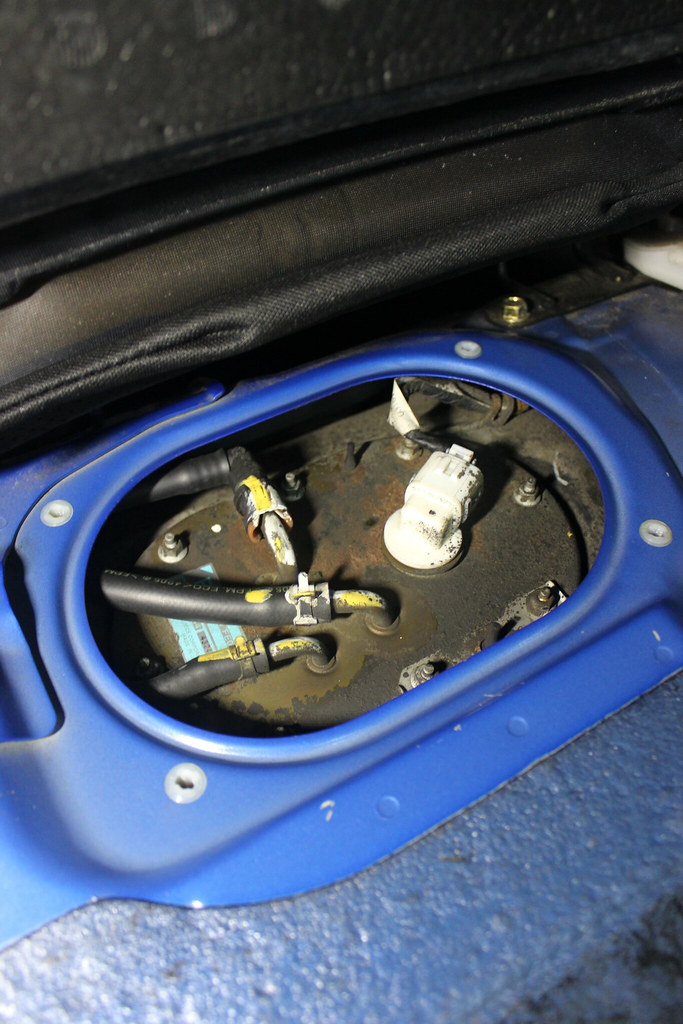 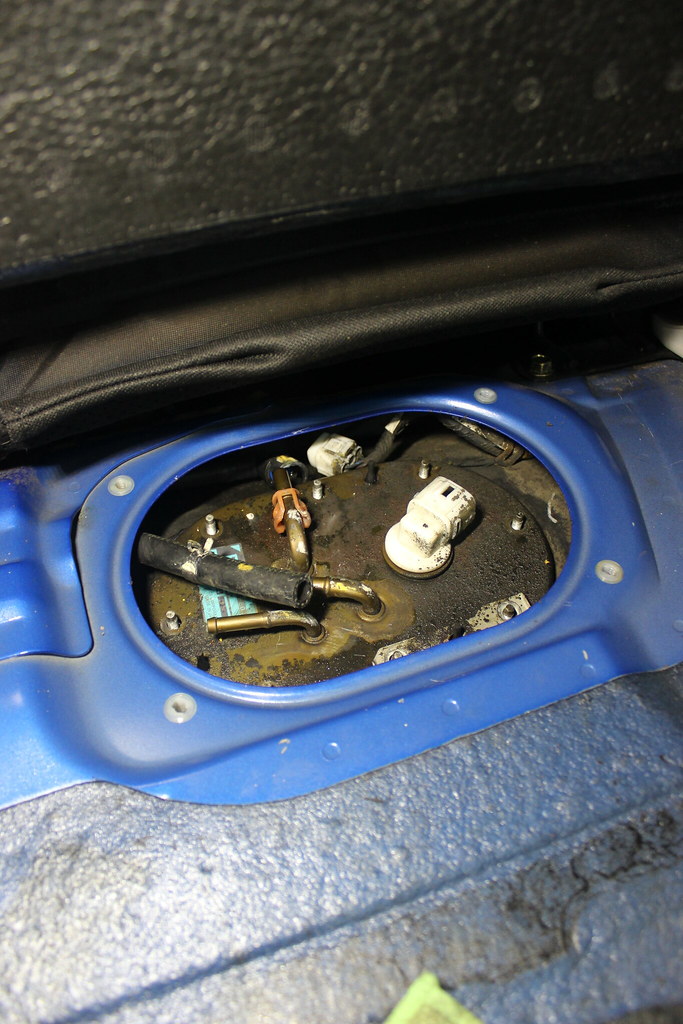 Now the pump and gauge sender can be withdrawn from the tank. 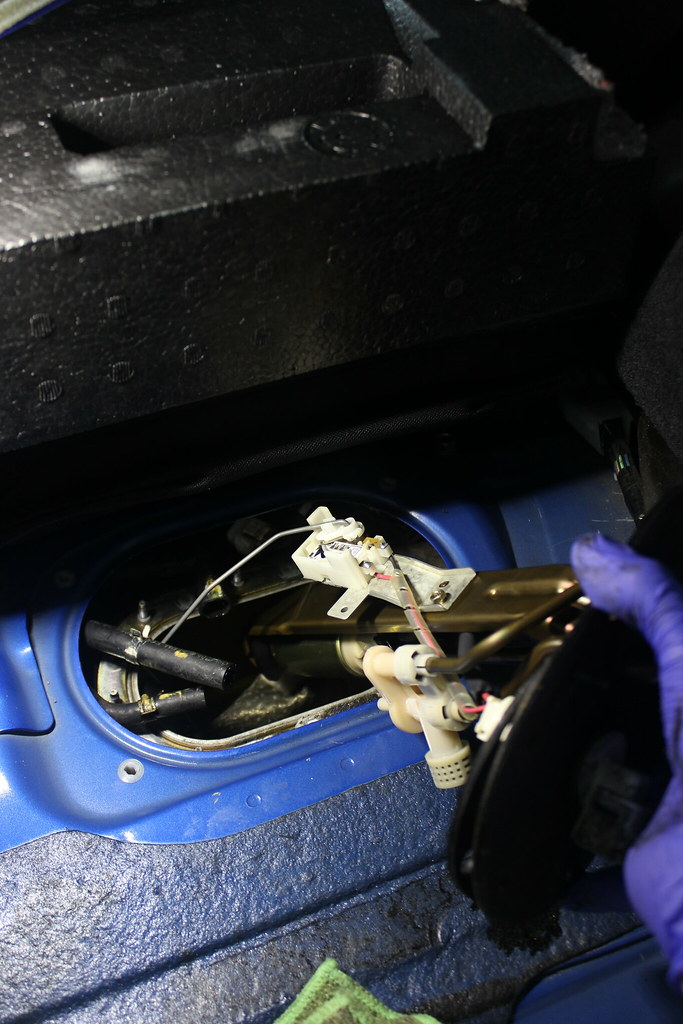 An old rag placed over the hole to prevent anything falling in the tank. 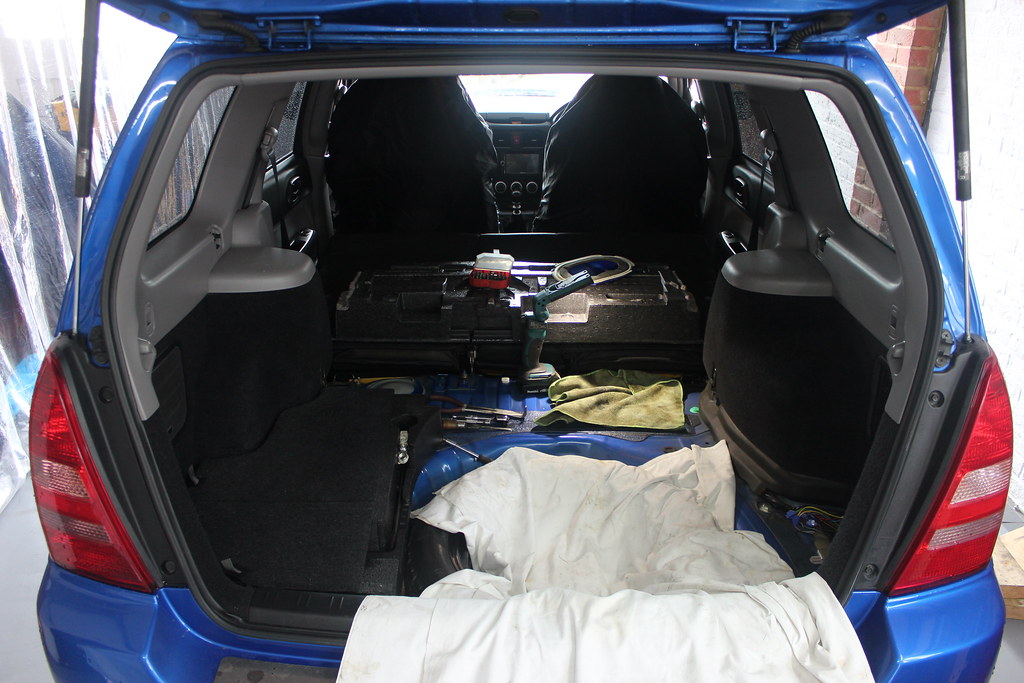 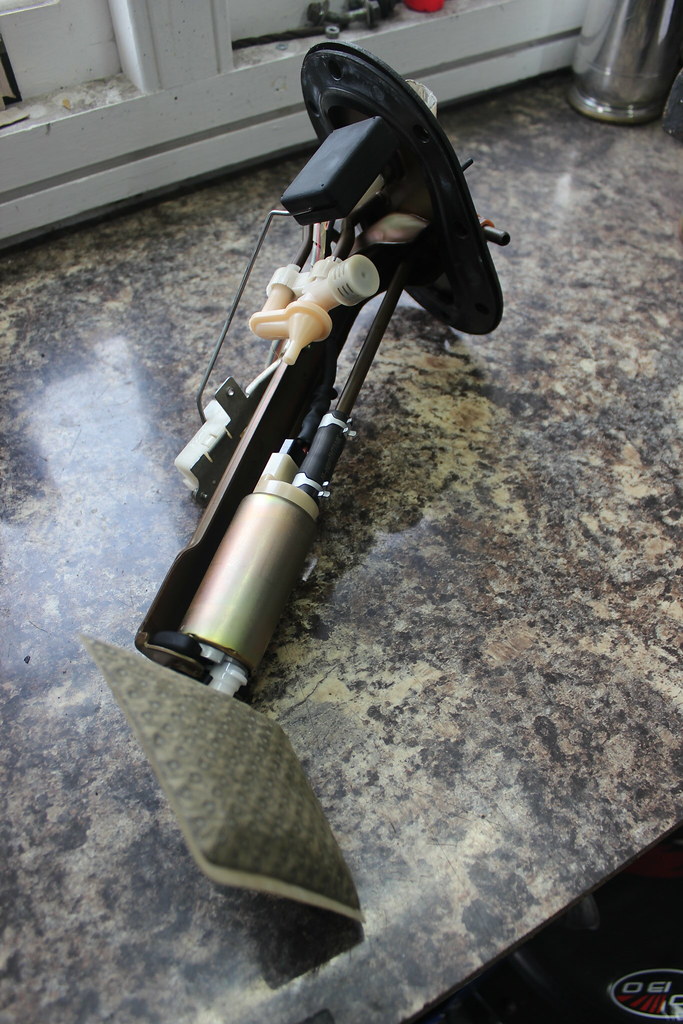 The OE pump ready for removal. 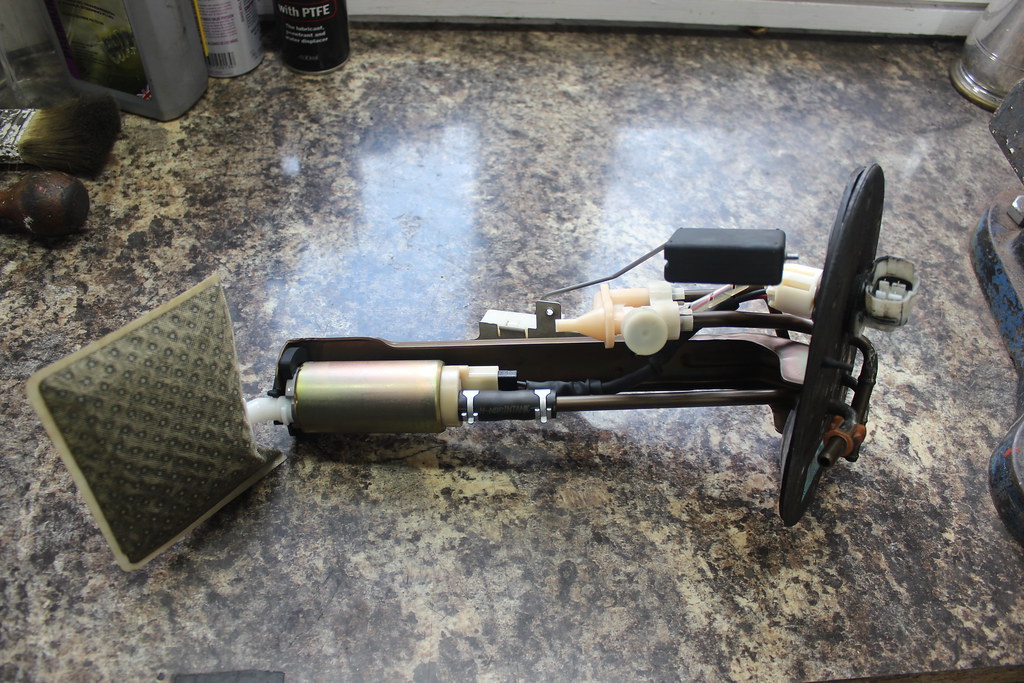 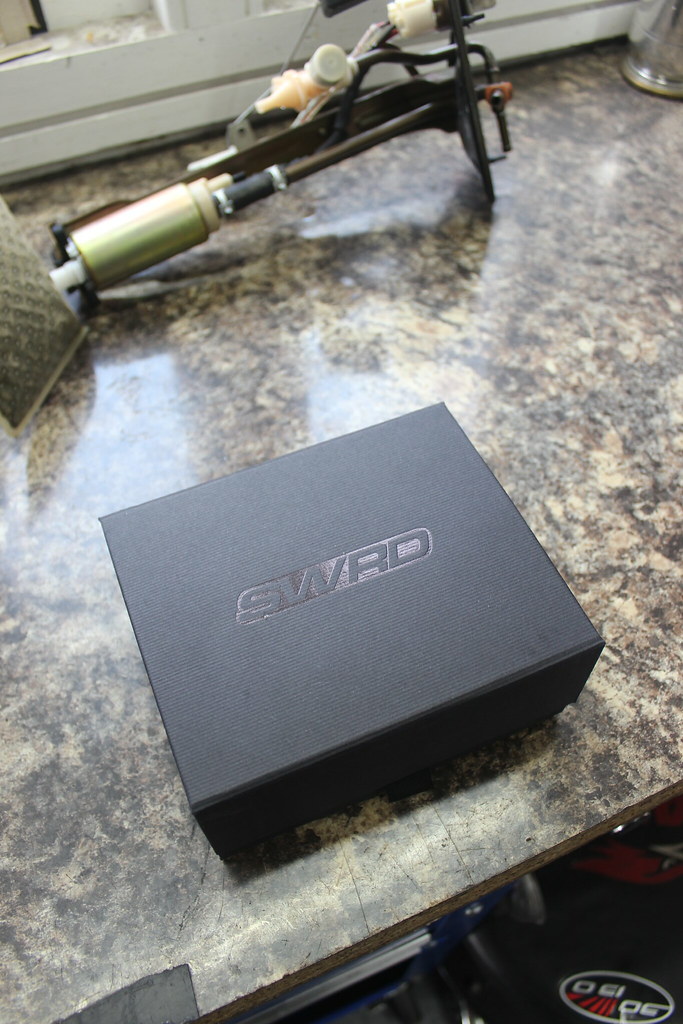 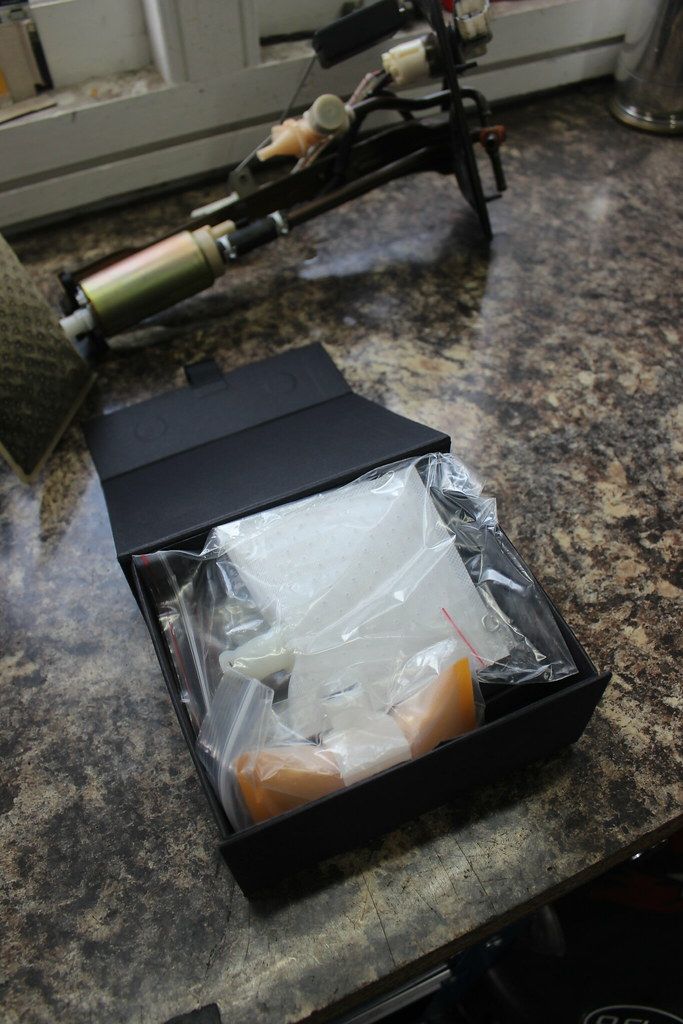 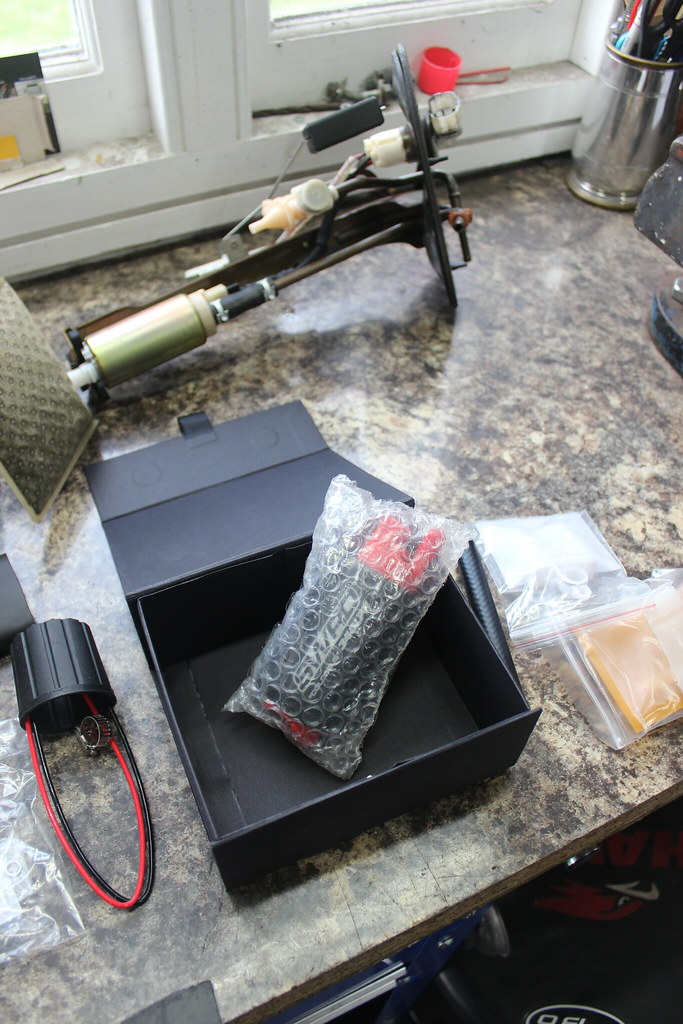 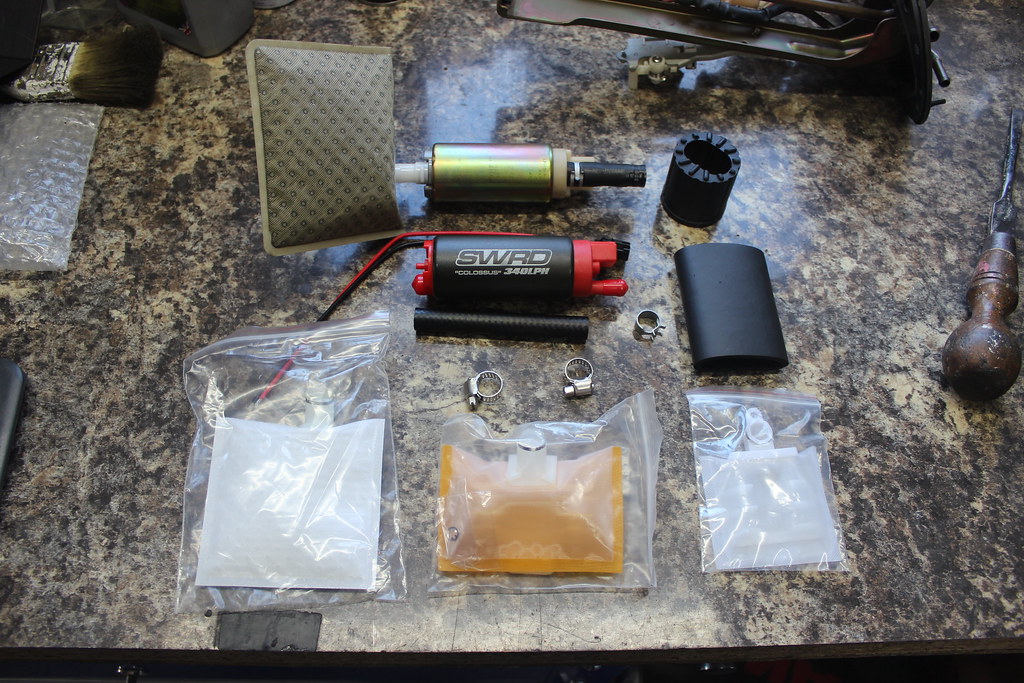 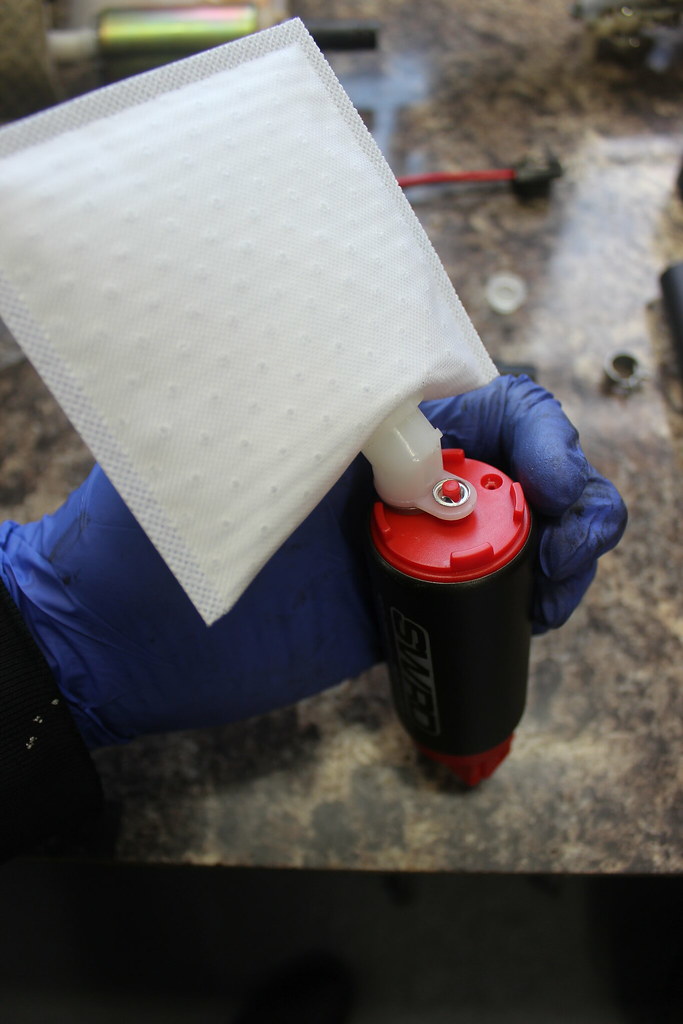 I had trouble getting the SWRD pump to fit in the OE carrier. It just wouldn’t squeeze in. So eventually I just had to trim a little of the rubber pad that holds it at the bottom. It’s still a good tight fit and supports the pump just as it should. 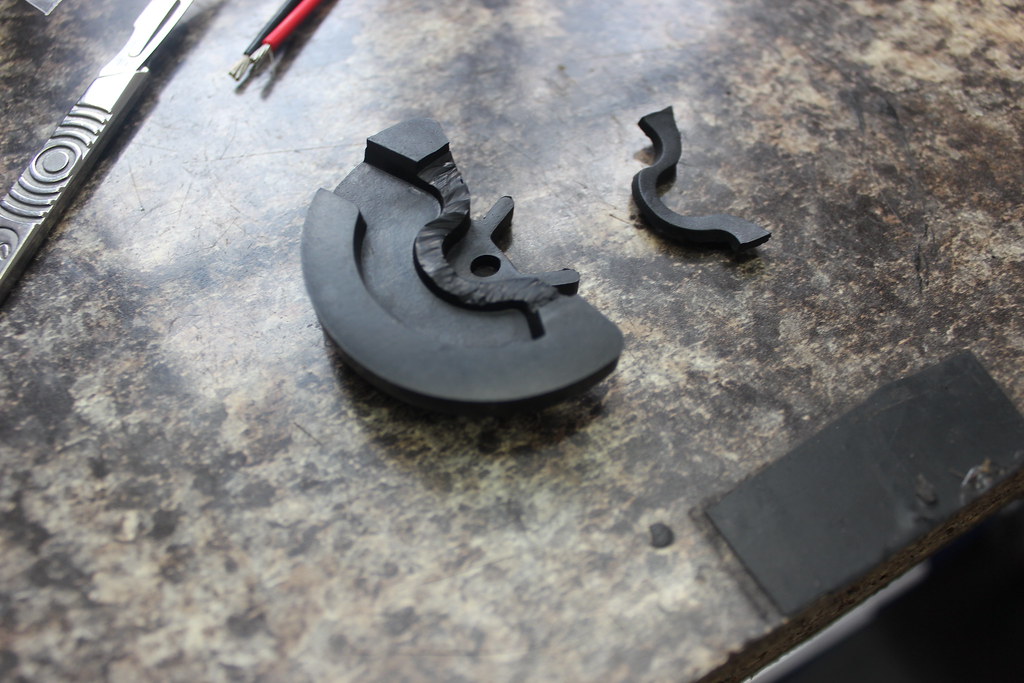 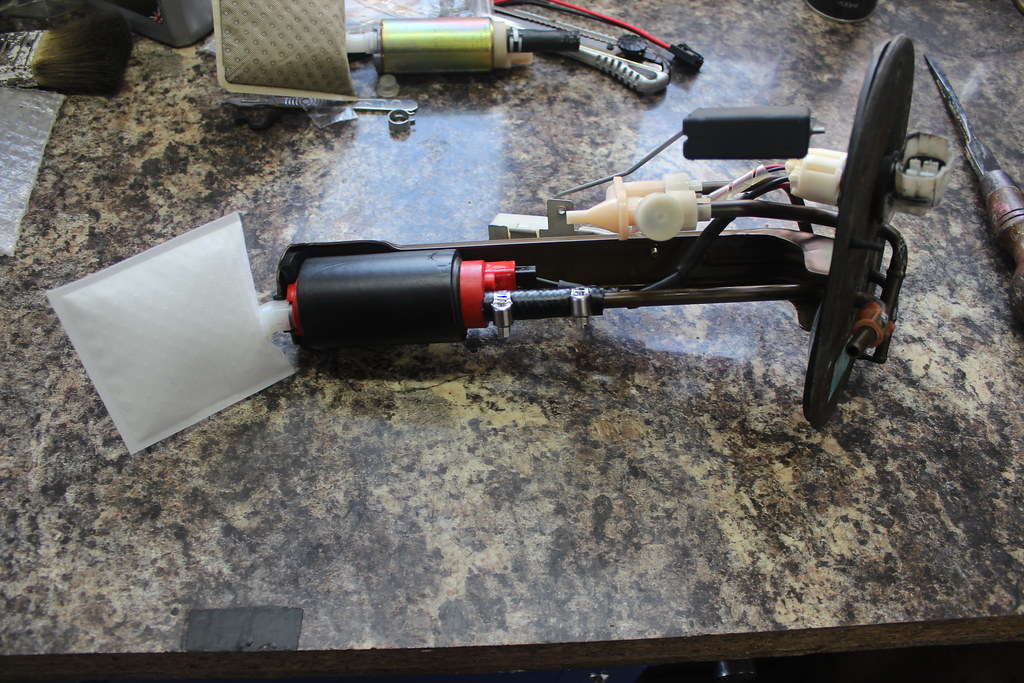 New pump all in place including the foam sleeve. I think the reason for this sleeve is to reduce the noise from the pump. These high flow pumps can be a fair bit more noisy than the OE pumps. Having had the SWRD pump in the car for a while now, I can say it’s actually very quiet. I would say the Walbro pump I fitted in the Evo was noticeable more noisy though that’s obviously a different car so not really a fair comparison. 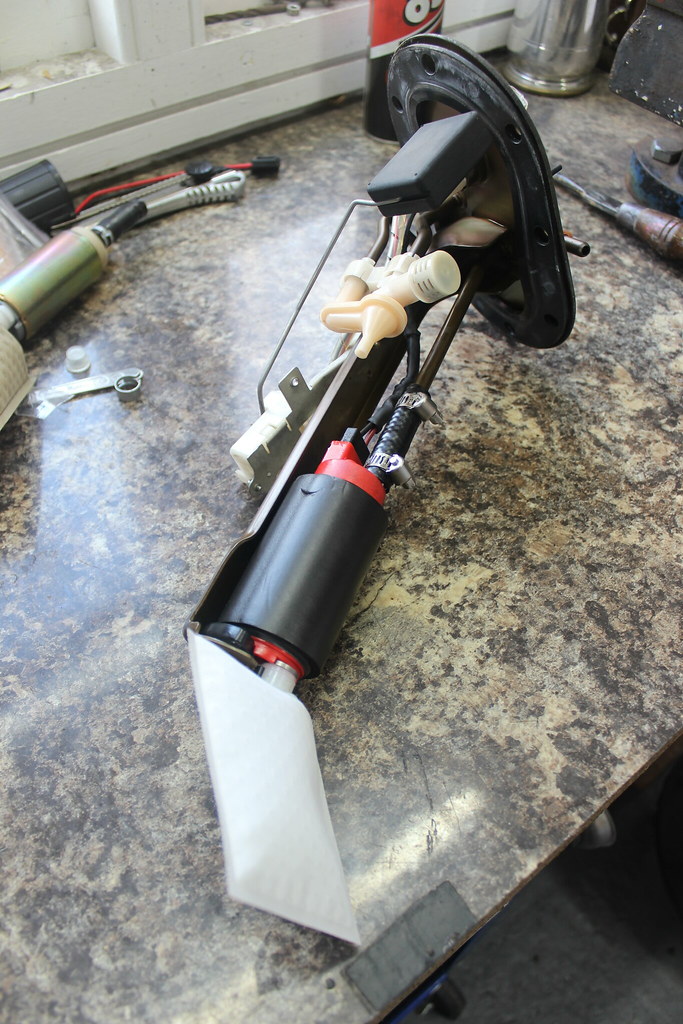 Pump back in place and plumbed in etc. 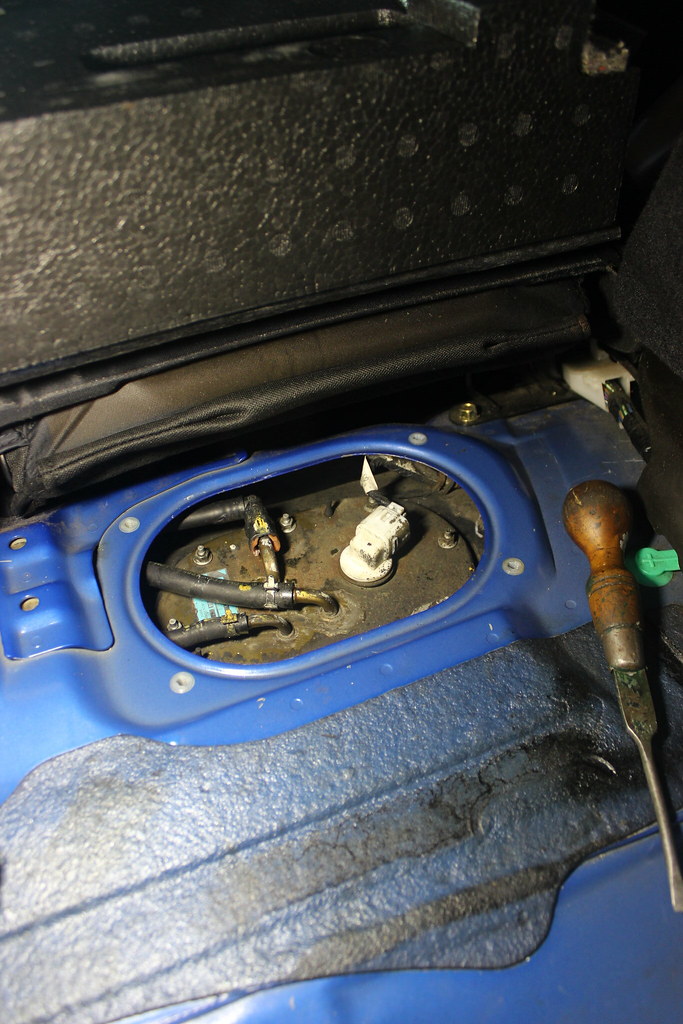 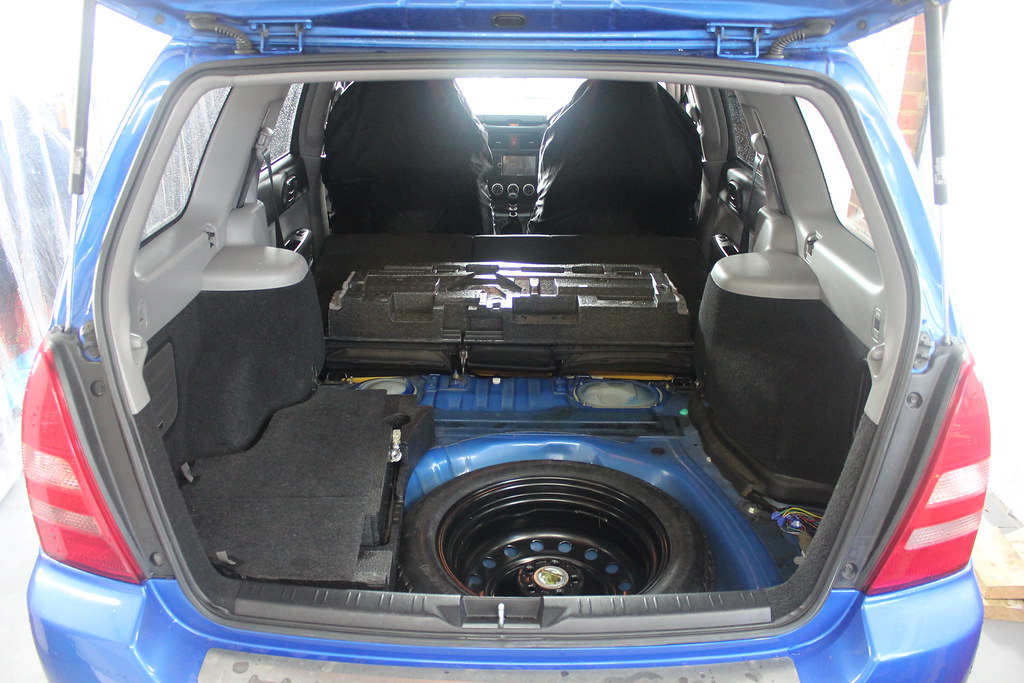 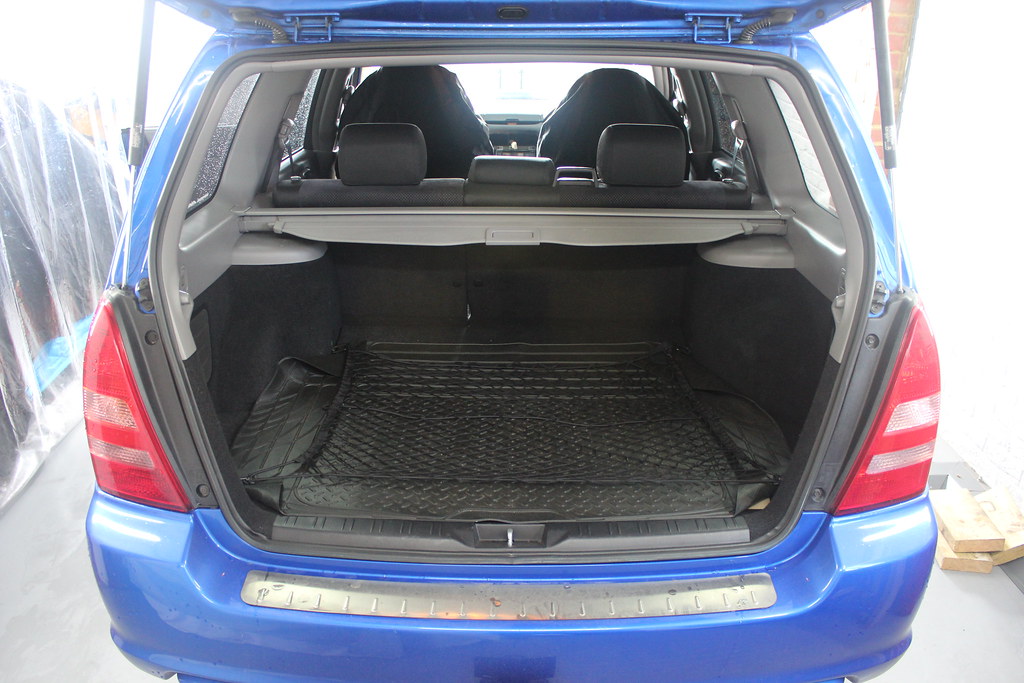 All sorted, ready and waiting for the day higher fuel flow is required. More mods to do first though.